While the art world is rediscovering the magnitude and relevance of American Abstract Expressionism, Whitford Fine Art brings the focus back to the UK with a second major solo show dedicated to previously unseen early works by Frank Avray Wilson (1914 – 2009). 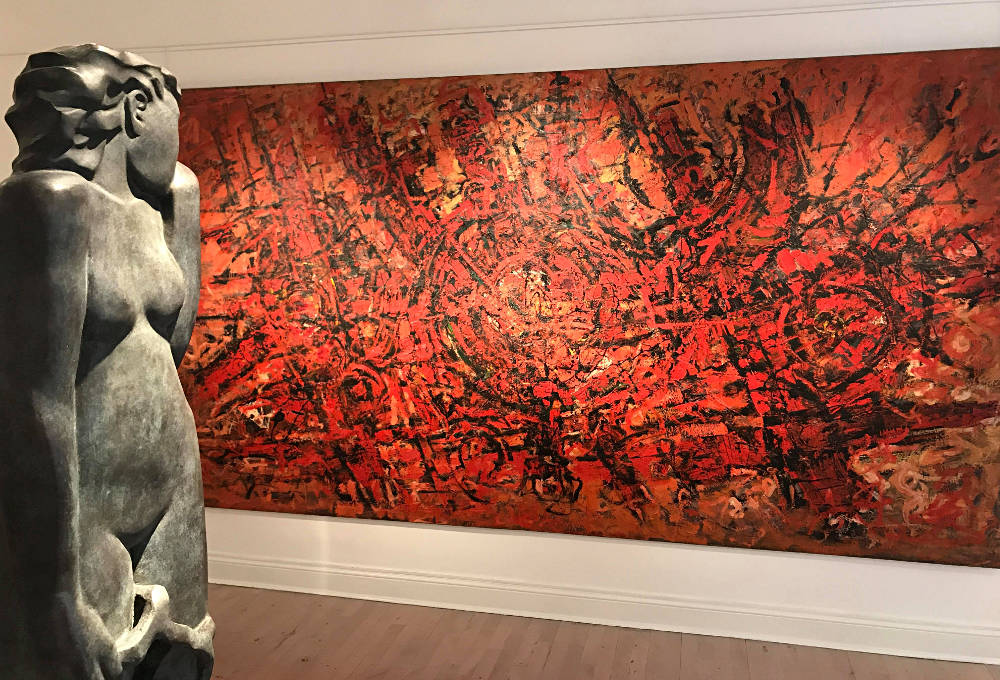 Born in Mauritius, Frank Avray Wilson was a leading force of British Abstraction. During the 1950s and early 1960s Avray Wilson enjoyed a celebrated status alongside Riopelle and Soulages, with no less than twelve one-man shows held at prestigious galleries in London, Paris, Brussels. Since, his art has been firmly inscribed in Art History as ‘Tachist’, the European form of Action painting.

Thus, Whitford Fine Art, ‘one of the 10 galleries to go to buy art’, according to The London Magazine, presents once again one of the most significant and creative one-man show in terms of British Abstract Expressionism in the capital.

“One should be able to be a Universe helping alchemist, or artist, in one’s ordinary living” – Avray Wilson