Helwaser Gallery presents Indigo Children an exhibition of new paintings by Françoise Pétrovitch (French, b. 1964). The French family-run gallery is a fitting host for Indigo Children, the artist’s second solo presentation in New York. FIAF hosted her first a decade earlier in 2012. 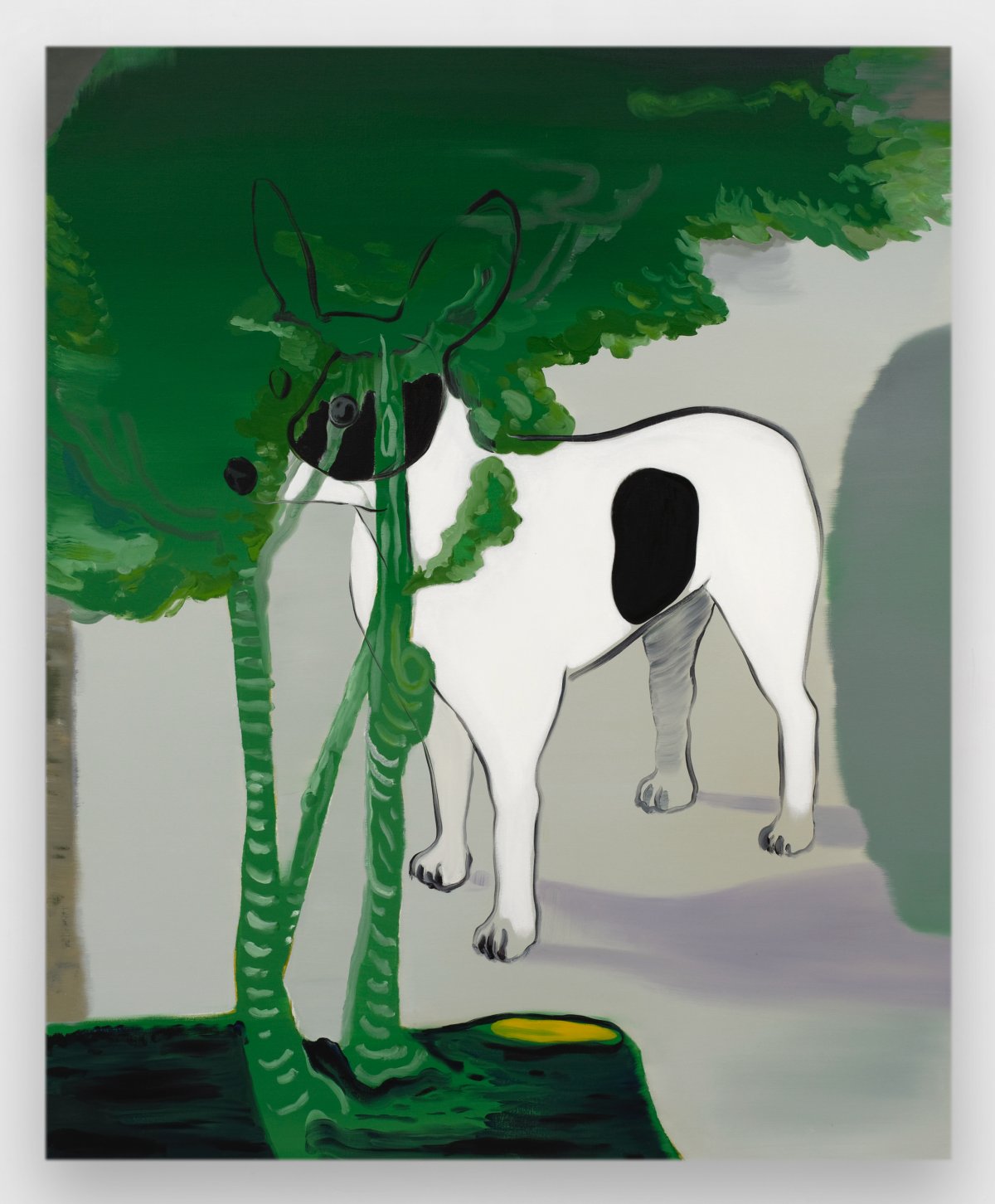 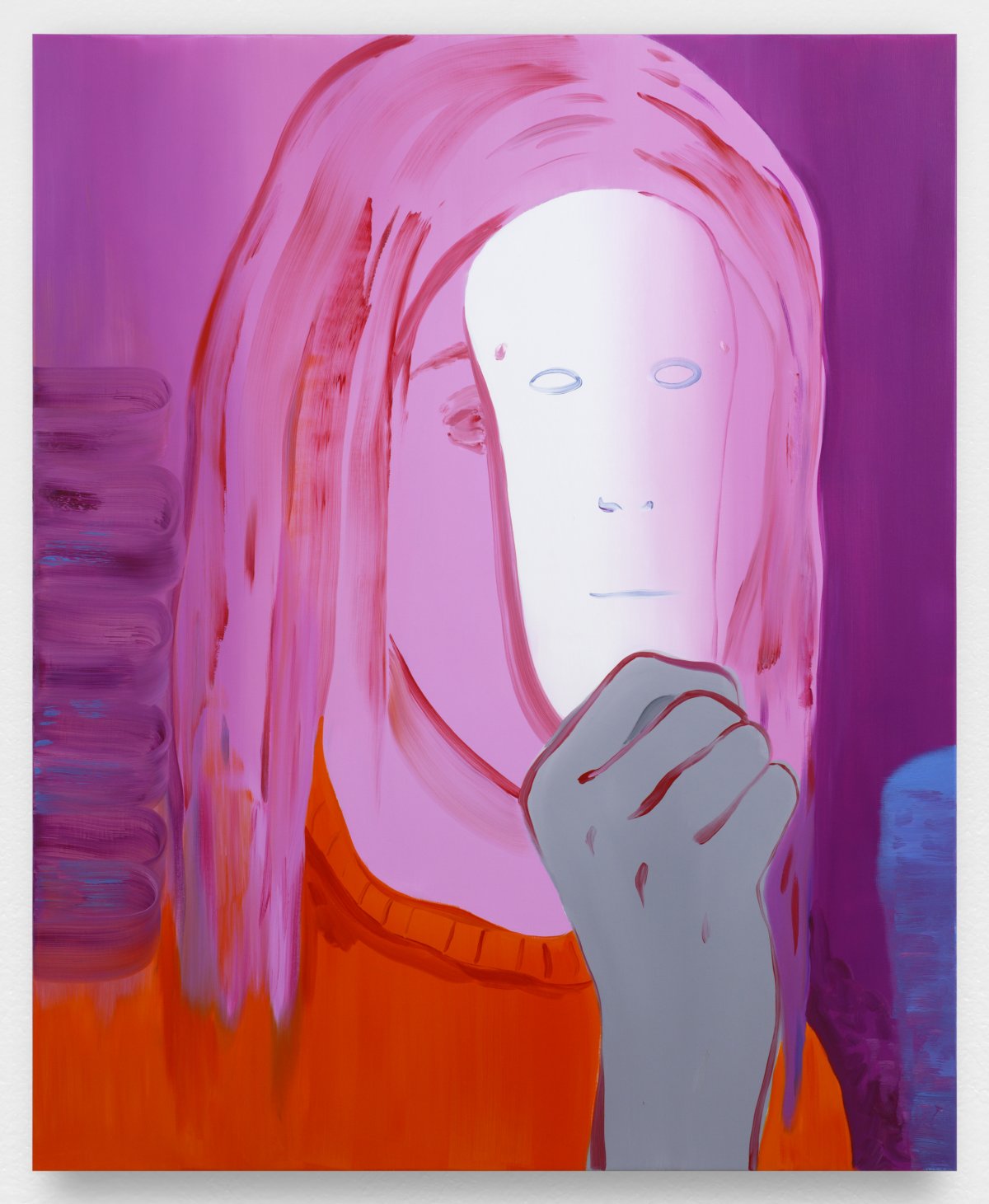 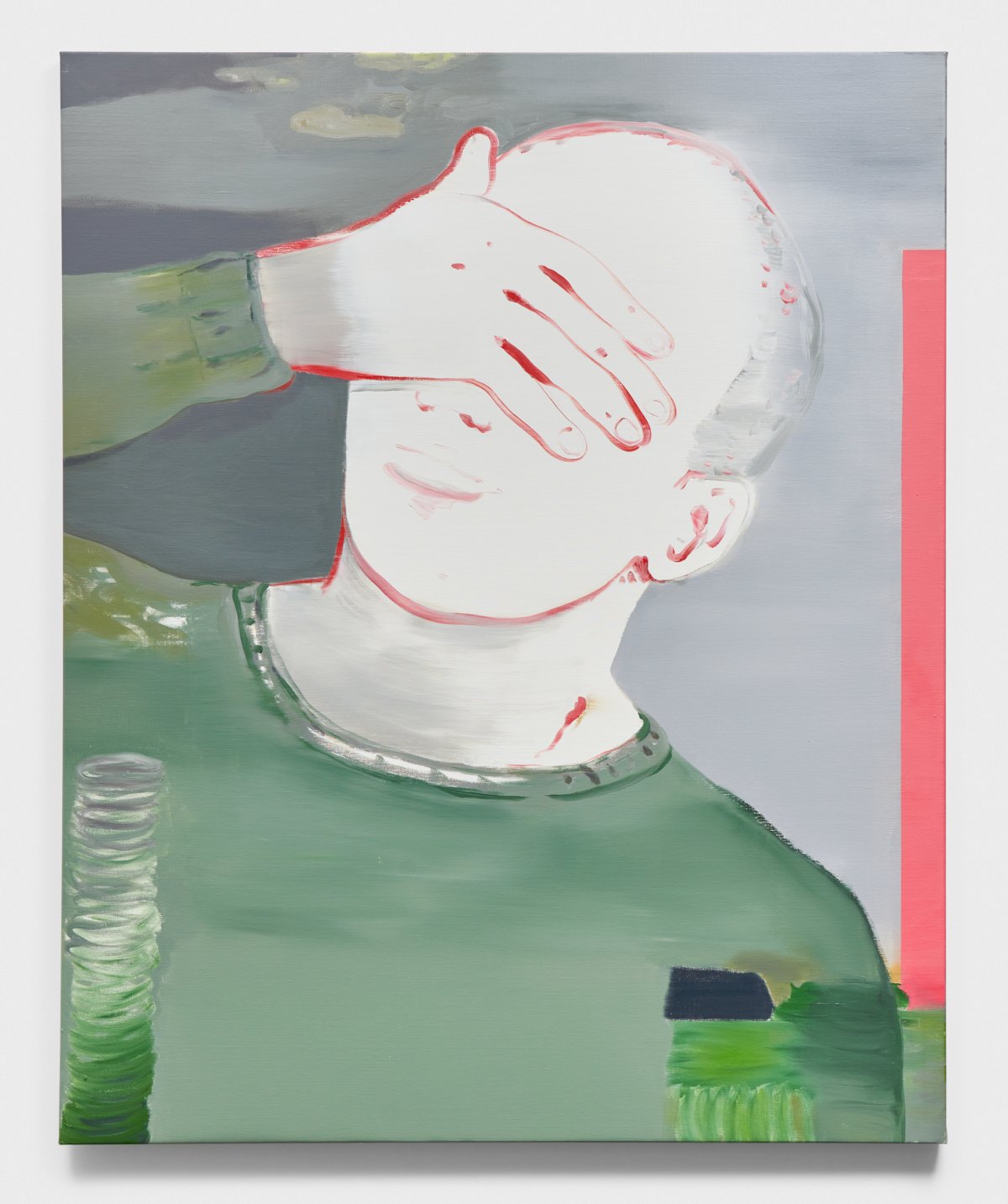 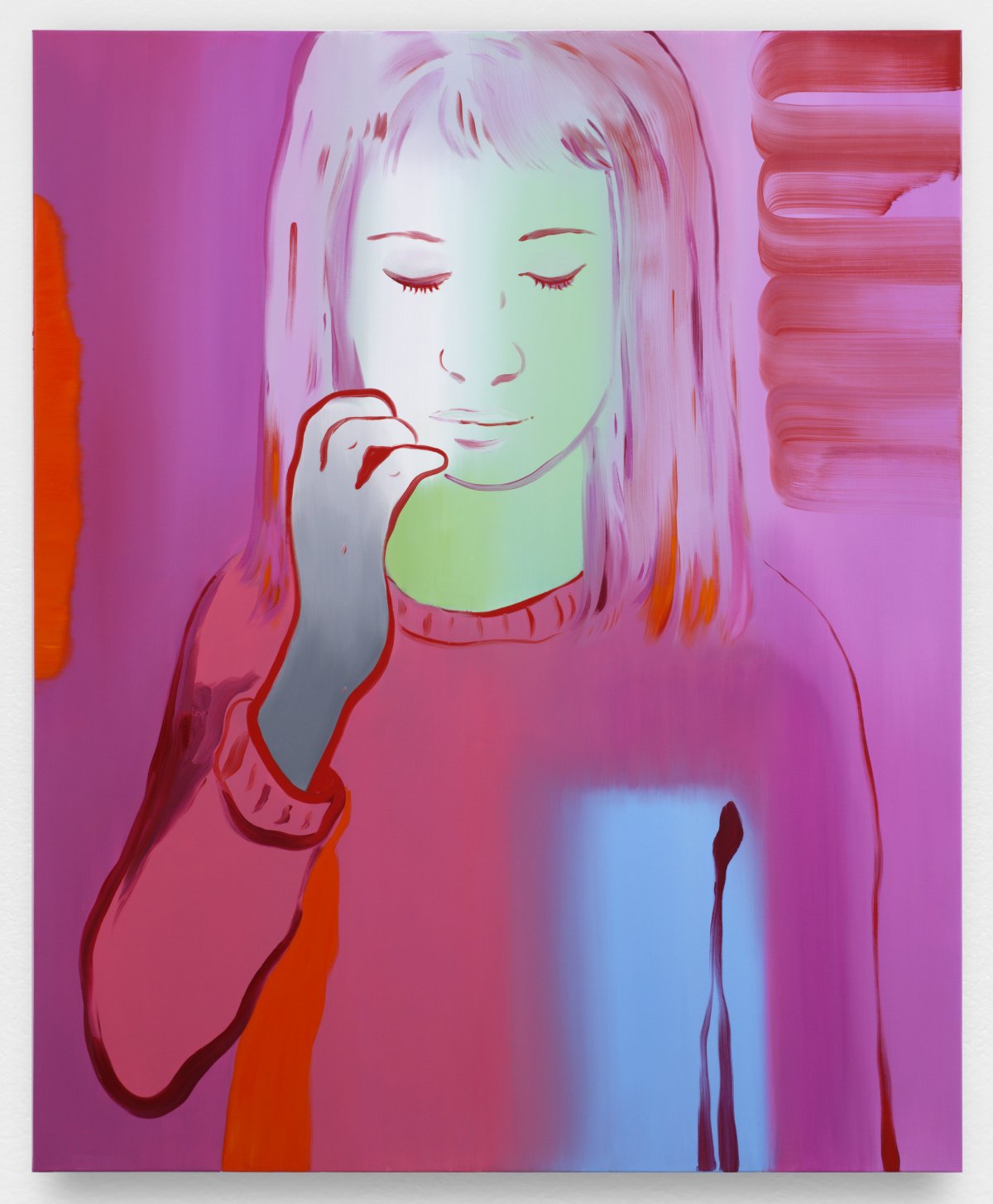 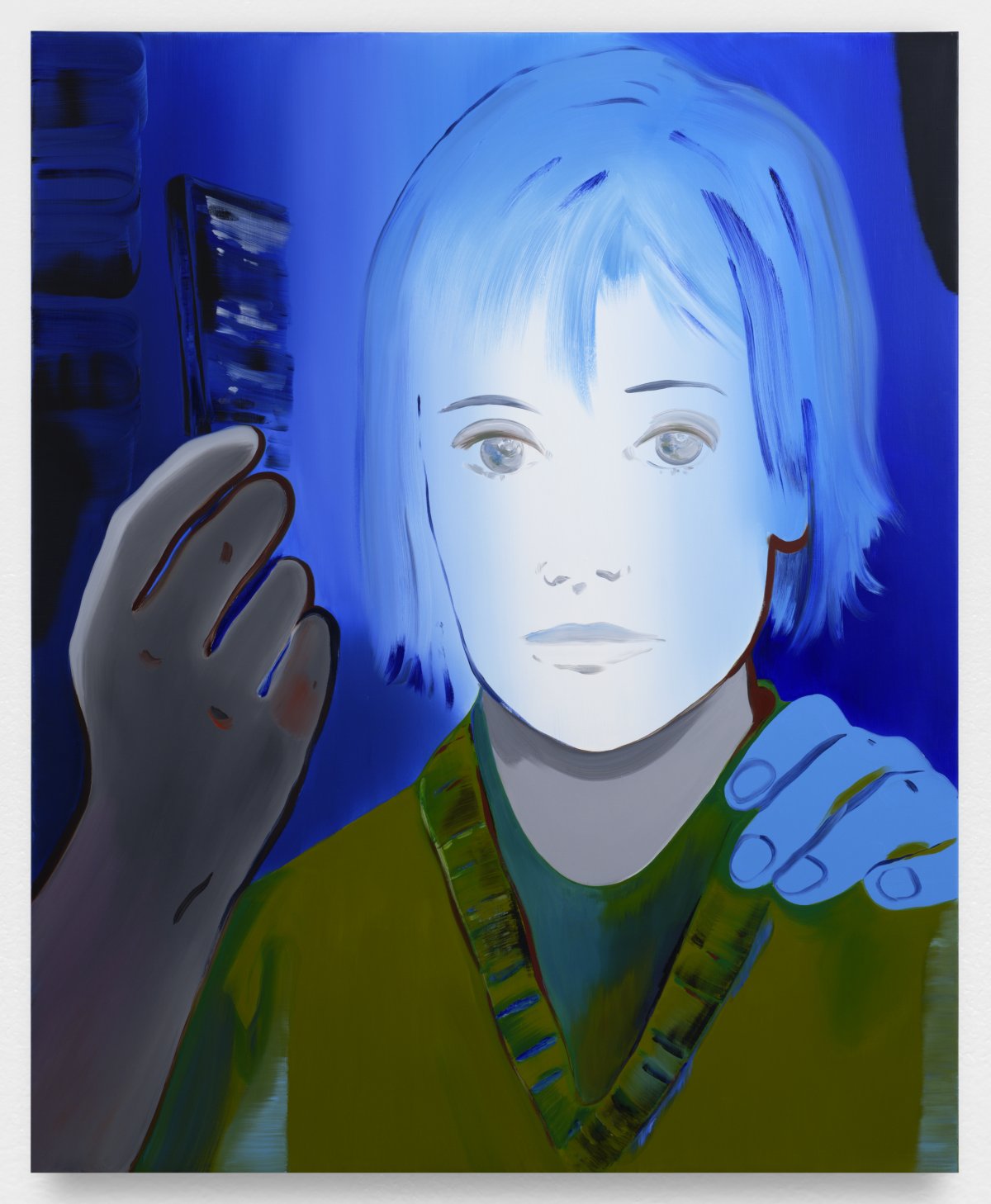 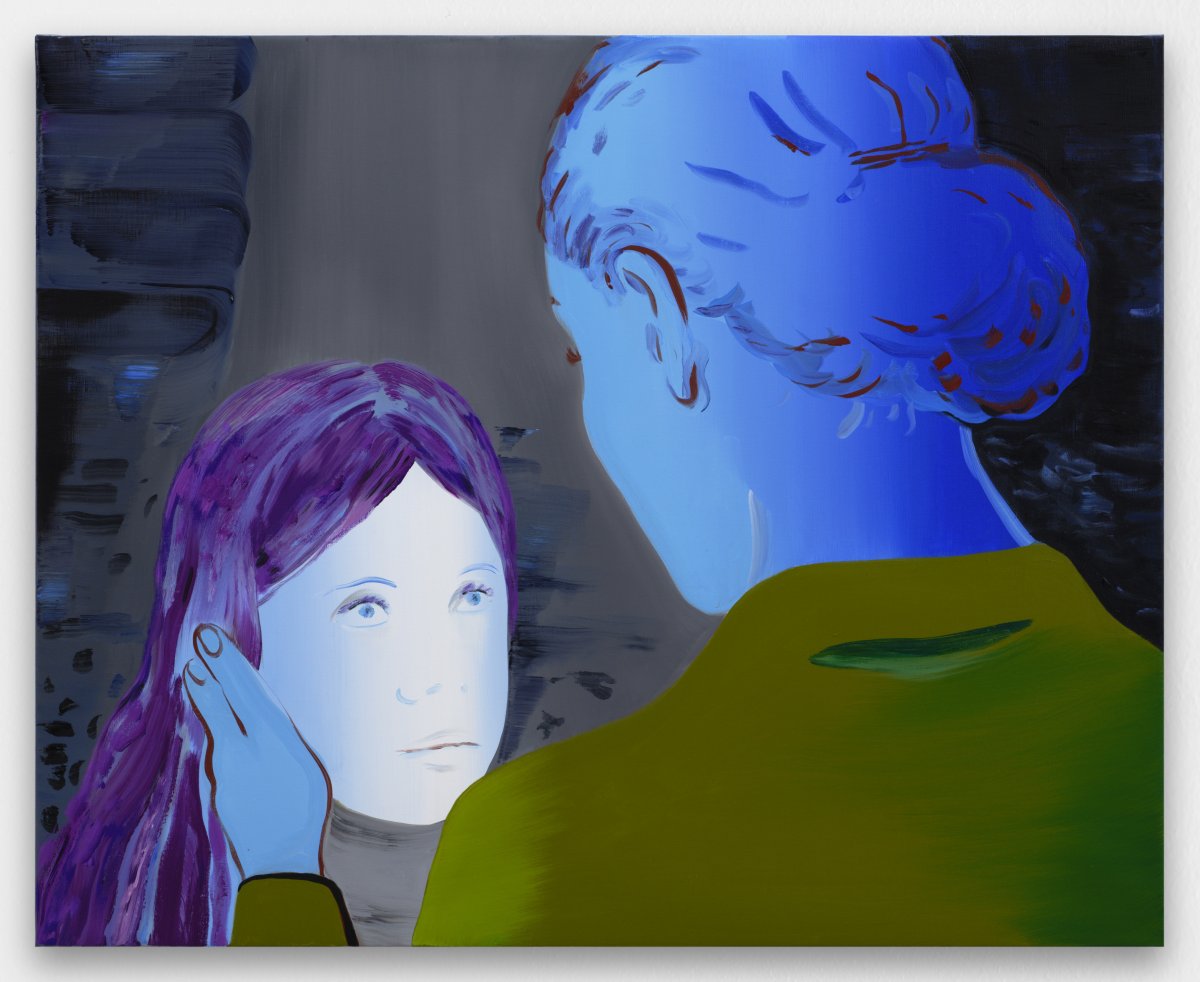 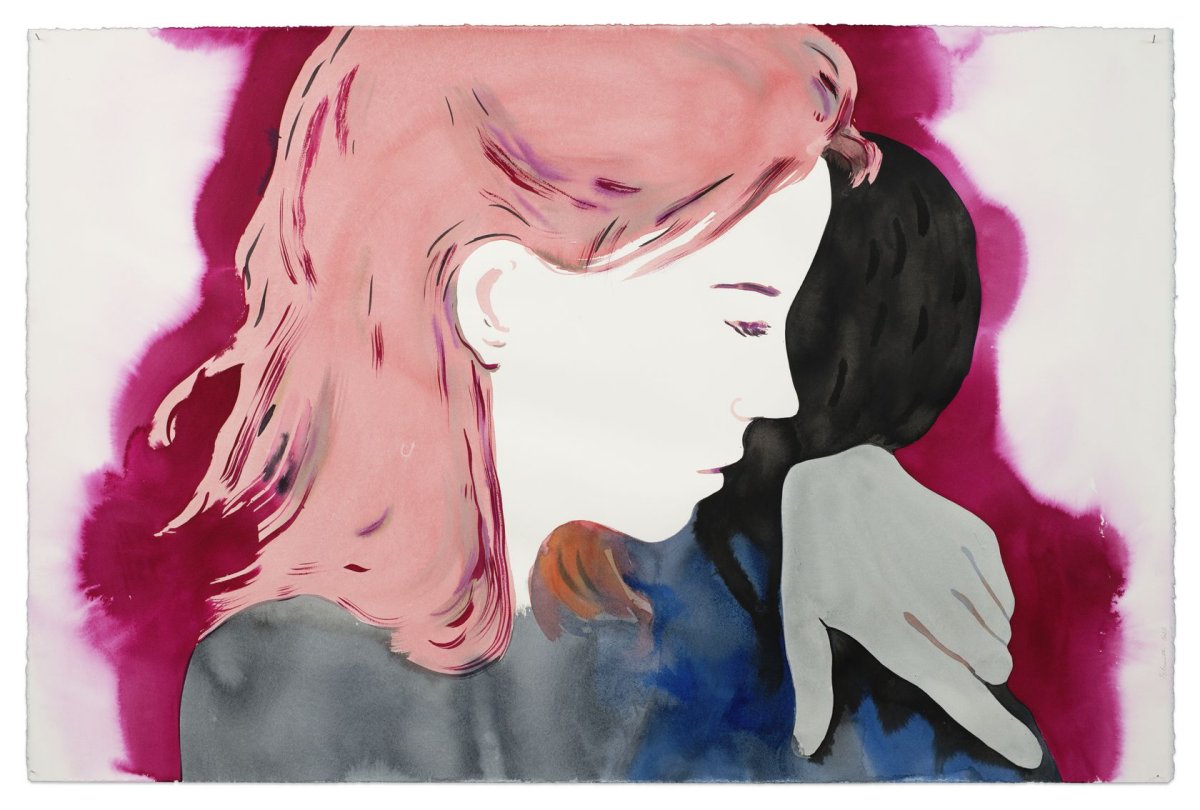 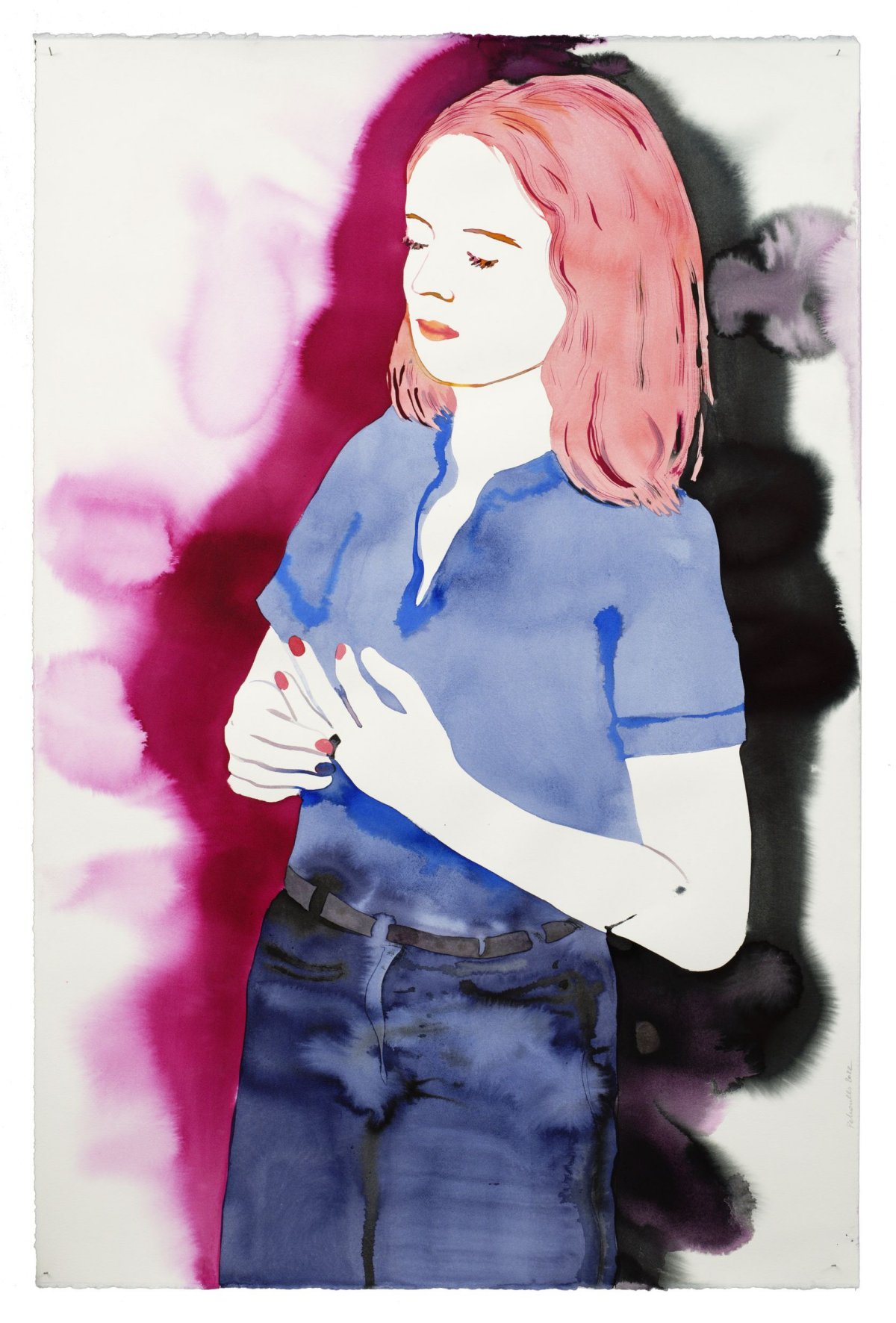 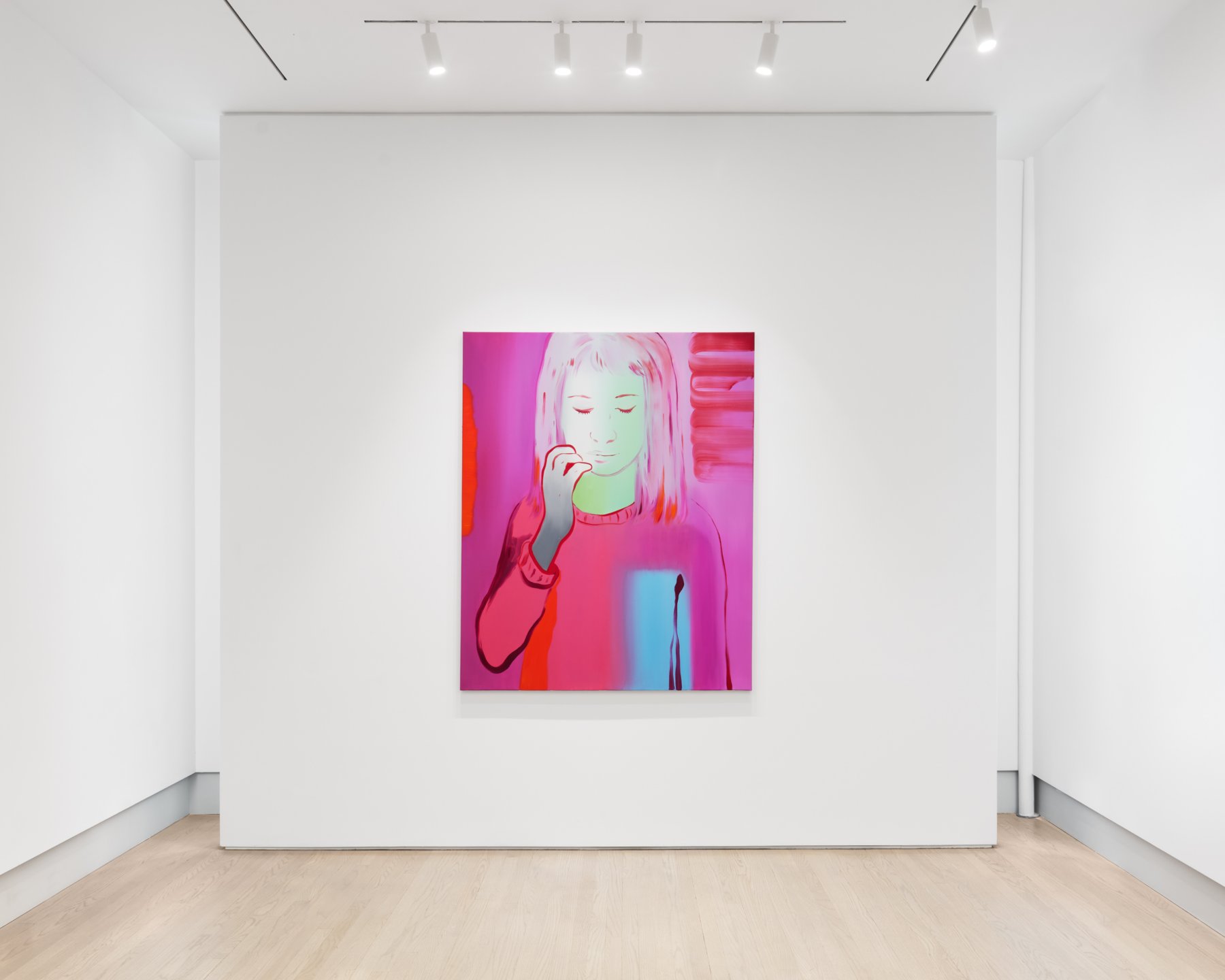 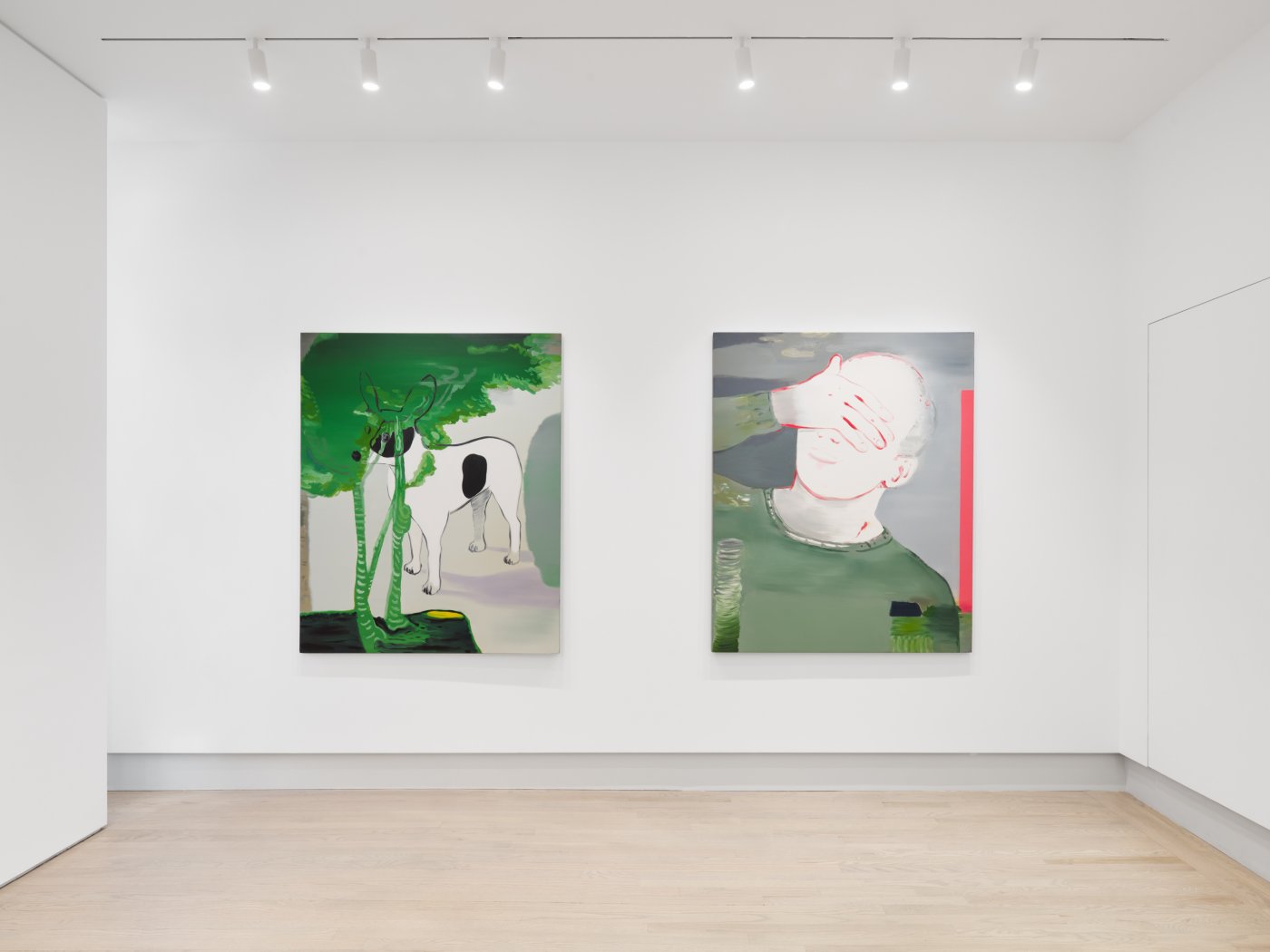 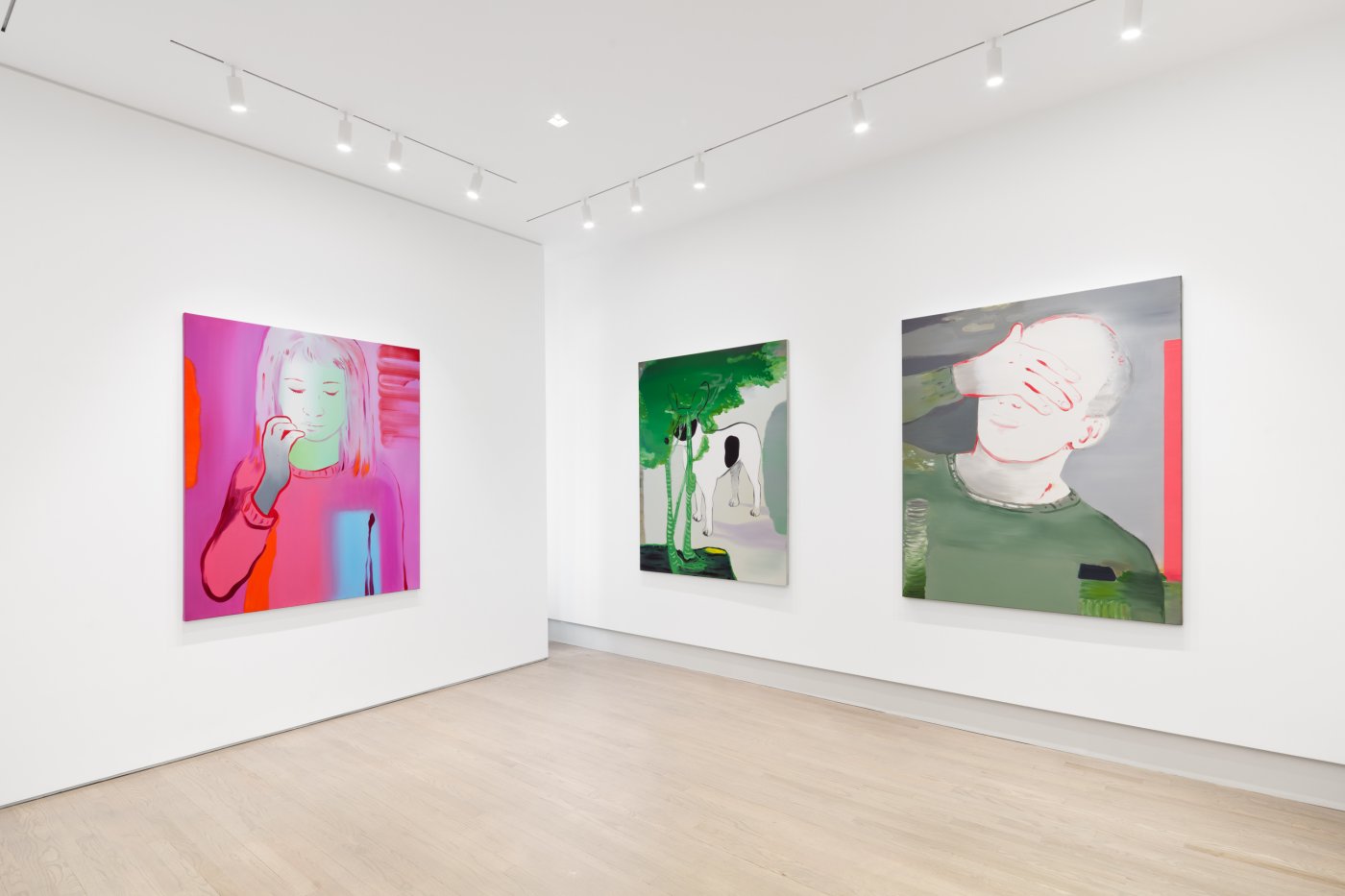 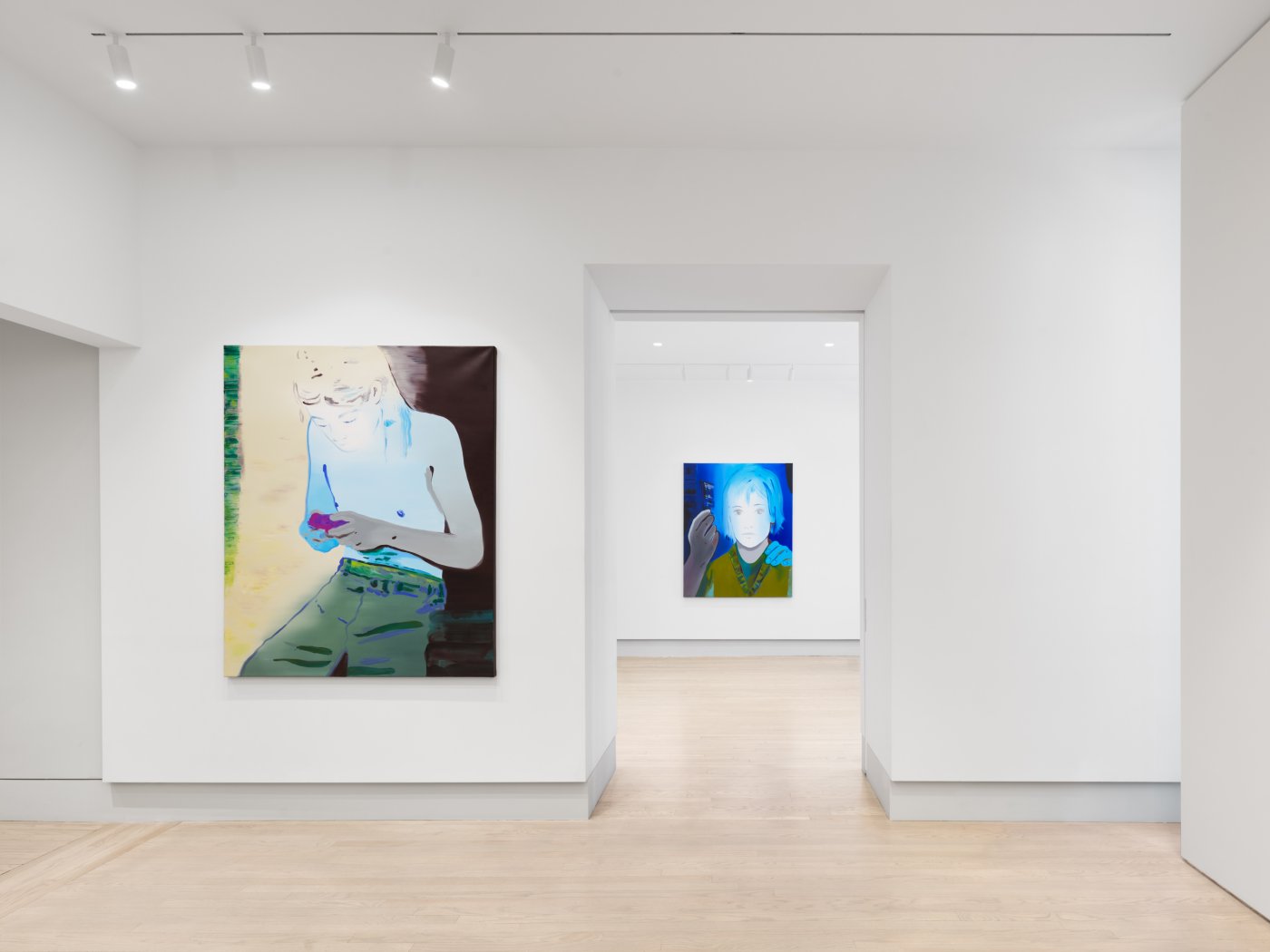 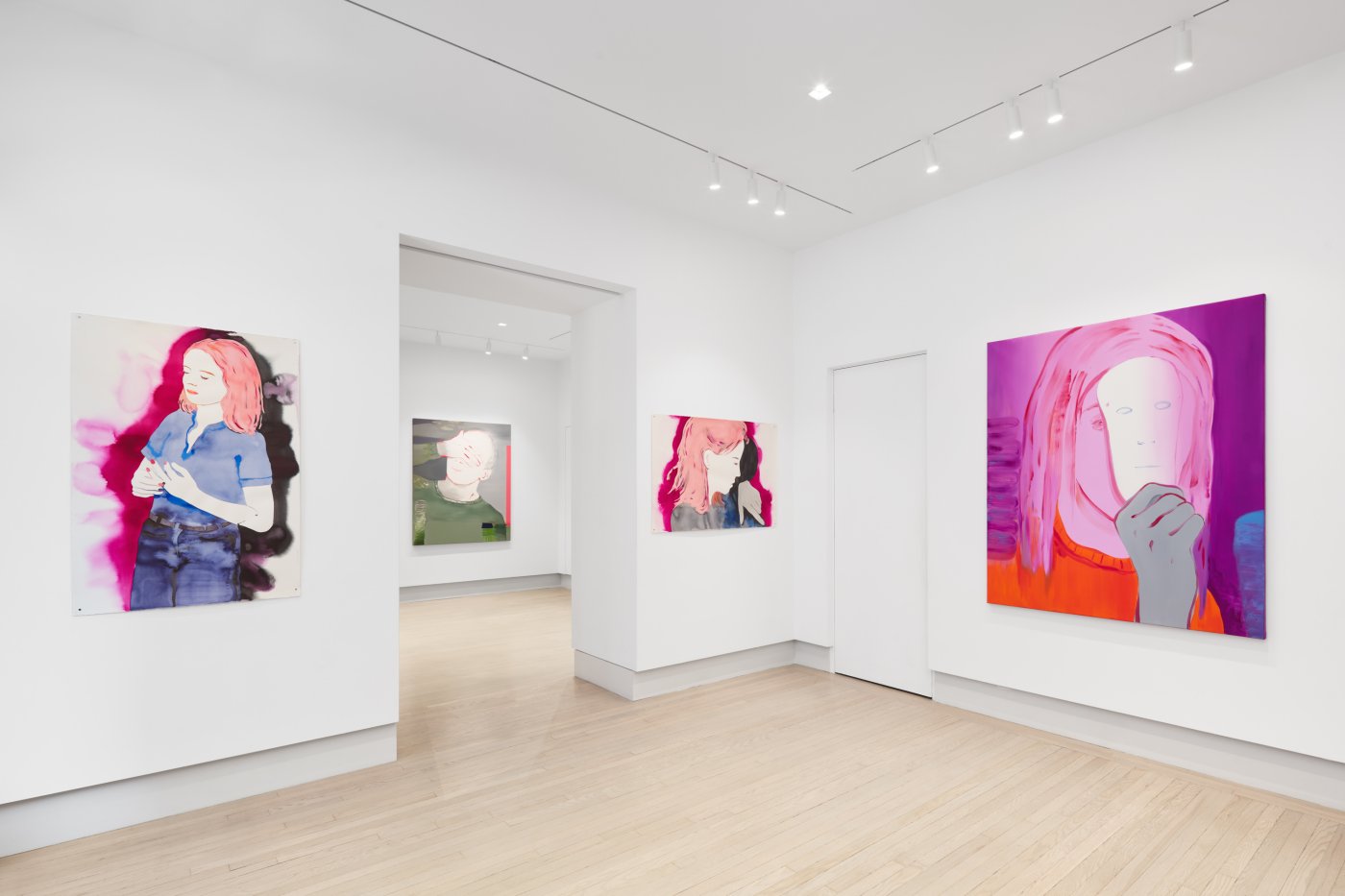 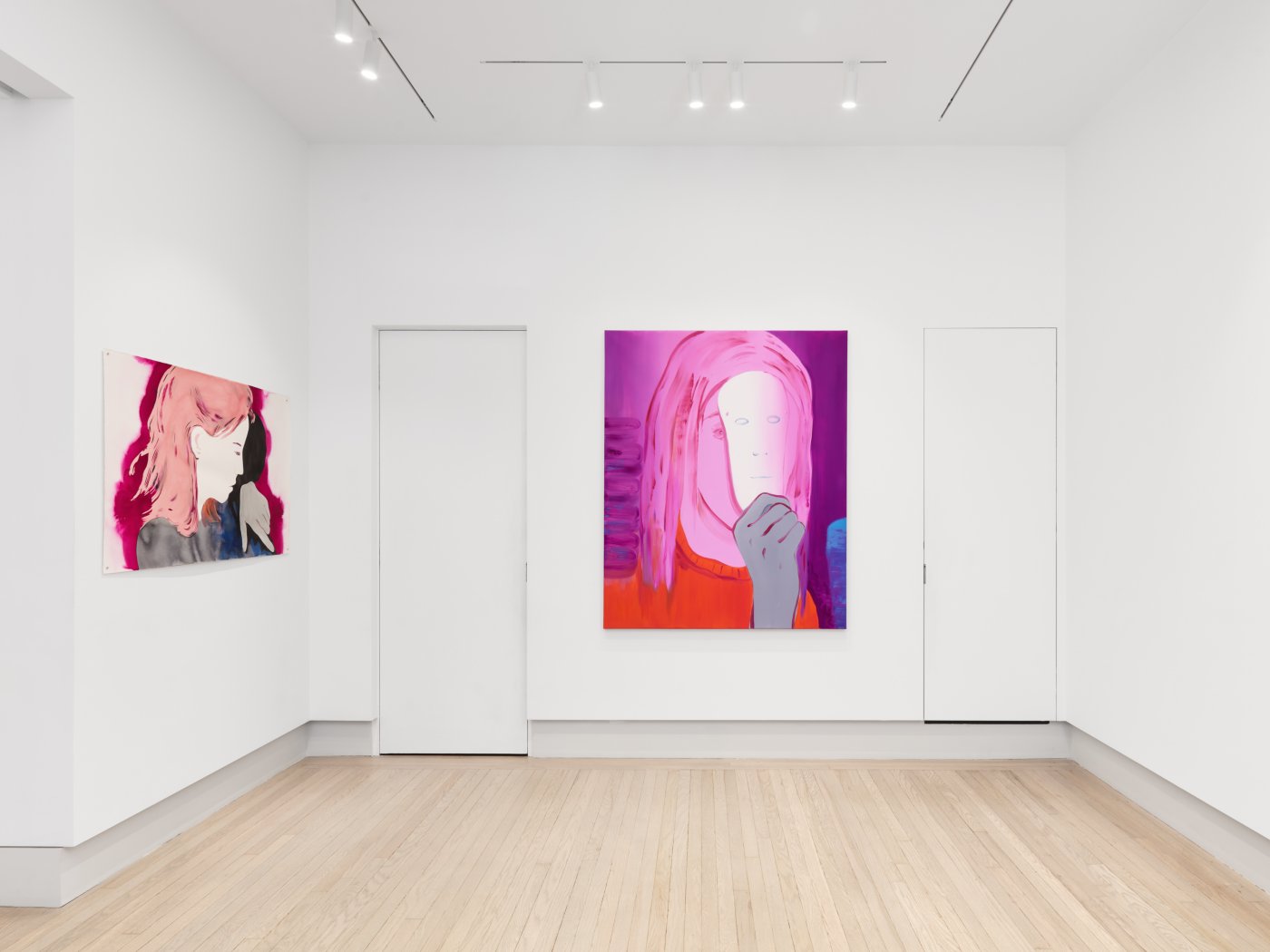 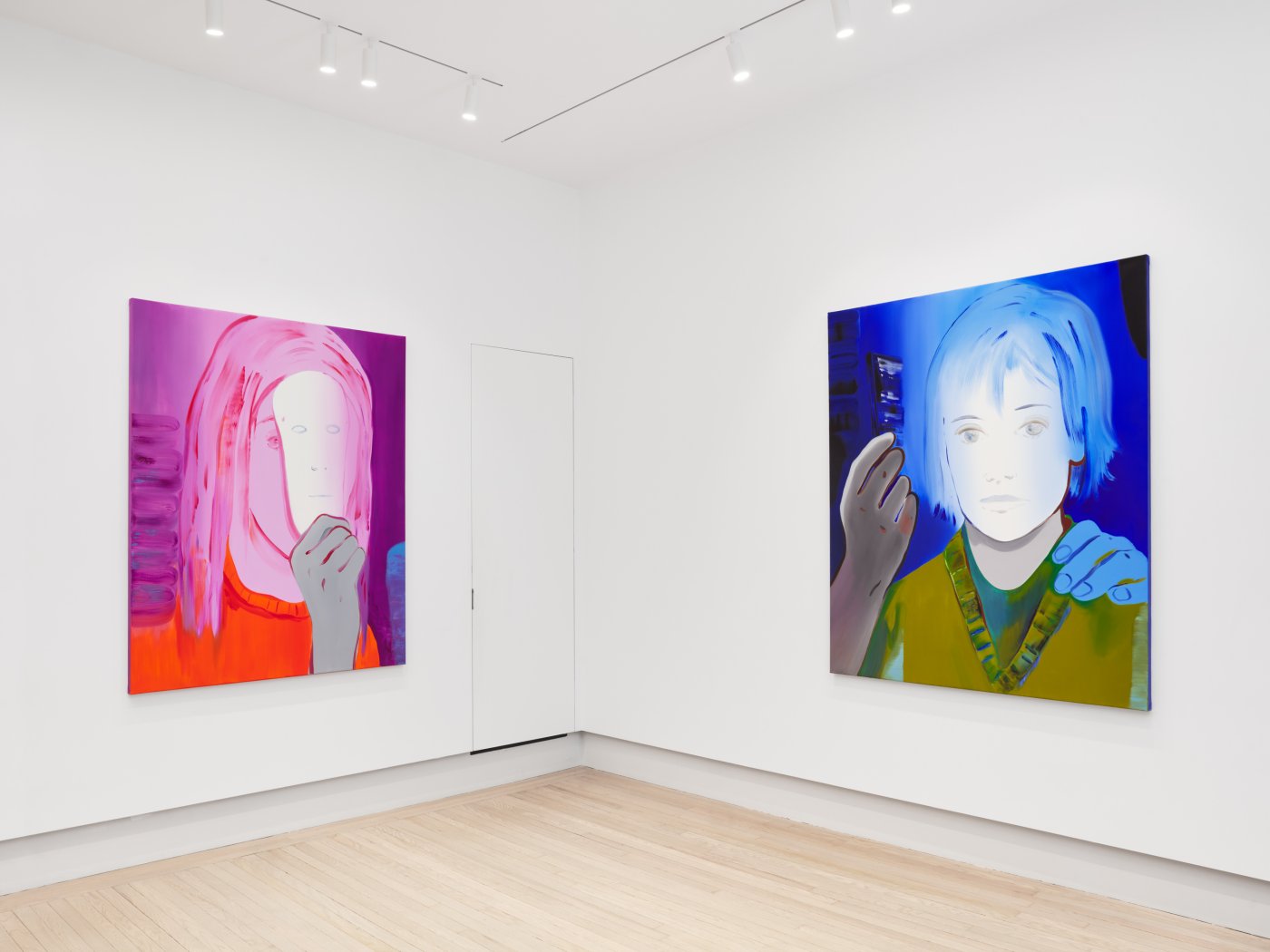 Pétrovitch is a prize-winning artist renowned in France and Switzerland, best known for her depictions of animals, young people, and natural landscapes, seeming to combine everyday observations with fairytale imagination. She works across painting, drawing, sculpture, decorative arts, books, video, and live performance, and has shown her work in sleek contemporary art museums, medieval chateaux, and public parks. Such diverse displays cohere with the artist’s uncanny and masterful melange of styles, influences, and scale. In her newest body of work, she manages to reinterpret the penetrating interiority of Early Netherlandish portrait painting, the melodrama of the Mannerists, and the palette of Pop Art for a contemporary imagination.

No matter the medium, drawing remains at the center of Pétrovitch’s practice; from an early age she decided, not knowing the word “artist,” to be a “drawer.” That foundation persists as a sort of binding agent holding her compositions together. She admires Henri Matisse, who managed to conceal any hierarchy of form. In her words, he synthesized “brushstroke and pigment, drawing and painting, line and pattern,” an equilibrium she likewise aspires to. Like the great fauve, Pétrovitch’s canvases are permeated with brilliant hues, bold modeling, and indeterminate, horizon-less spaces. All her own, though, is the unsettling duality her canvases evoke: the colors saturated yet somehow translucent, the figures plainly of this world and equally phantasmal.

With one exception, the eight large-scale paintings in Indigo Children portray young people. They appear in a variety of poses and relations without environmental context. None meet the viewer’s gaze. They look down, or at a smartphone; they cover their eyes with a hand or a mask; they stare, emptily, just off-center. Playful colors belie these melancholic scenes. Pétrovitch seems to indicate these young people are caught in an isolating “in-between”: identities-in-progress, souls in flux. Curiously, several visages are harshly illuminated—almost bright white—as if by a spotlight, flashbulb, or, likely, the blue hum of a screen. There is no mistaking the menace of this unnatural glow, the signature imprint of our tech-addled culture. Perhaps Pétrovitch’s larger-than-life frames beat back against the tyrannical little rectangle buzzing in our pockets.

It is a lonely universe Pétrovitch creates, with the flattened, graphic quality of a storybook. Yet this storybook resists all narrative arc; it leaks and bleeds around the page edges, with stray brushstrokes, suggestive wisps, and hazy color-field backgrounds. These, the artist describes, are “zones of potential transformation”. Indigo Children contains an ambiguity of both form and content, wherein action and explanation, should they exist, occur just beyond view. Each work confronts us like a creeping feeling: mirroring the muddy and anxious periods of transition and disorientation captured within them.

Françoise Pétrovitch is a celebrated mixed-media artist, whose work spans ceramics, glass, ink washes, painting, print, video, and, most significantly, drawing. She exhibits widely in group and solo presentations throughout France and abroad, including a monographic exhibition of her engravings at the Bibliothèque Nationale Française Francois Mitterand in Paris this fall, and a major retrospective at Fonds Hélène & Édouard Leclerc Pour La Culture in Landernau, France earlier this year. In 2018, she was the first contemporary artist to be awarded a solo exhibition at the Louvre-Lens outpost, and in 2021 she was first French woman awarded the esteemed Daniel & Florence Guerlain Prize in contemporary drawing. This month Pétrovitch is the first living artist to receive the country’s highest honor of a commission by the Minister of Culture to create a stamp design, embedding the artist’s work widely within French society. In recent years, Pétrovitch has produced a number of monumental wall drawings and large format commissions, for the Children’s Gallery at the Centre Pompidou, the West Bund Museum in Shanghai, and for the Ballets du Nord Company.

Her works are included in many private and public collections, most notably the Centre Pompidou in Paris; the Voorlinden Museum in Wassenaar, The Netherlands; Aegon Art Collection, The Hague; the National Museum of Women in the Arts, in Washington D.C.; and the Musée Jenisch in Vevey, Switzerland, as well as numerous regional art centers throughout France. Pétrovitch lives and works in Cachan, a suburb of Paris.

Sarah Softness is an art historian and the Curator of Special Projects at the Museum of Jewish Heritage – A Living Memorial to the Holocaust in New York.