François Morellet (1926 – 2016), a prolific self-taught painter, sculptor, and installation artist, developed a radical approach to geometric abstraction during a career spanning more than six decades. The artist’s inaugural exhibition with Hauser & Wirth, ‘François Morellet. In-Coherent,’ offers a glimpse of Morellet’s prolific and multi-facetted oeuvre from 1953 – 2013, including some rarely seen key abstract geometric paintings from the 1950s and 1960s, a major wall installation from 1977, space installations and several neon works, a medium pioneered and continuously readdressed by the artist throughout his life. 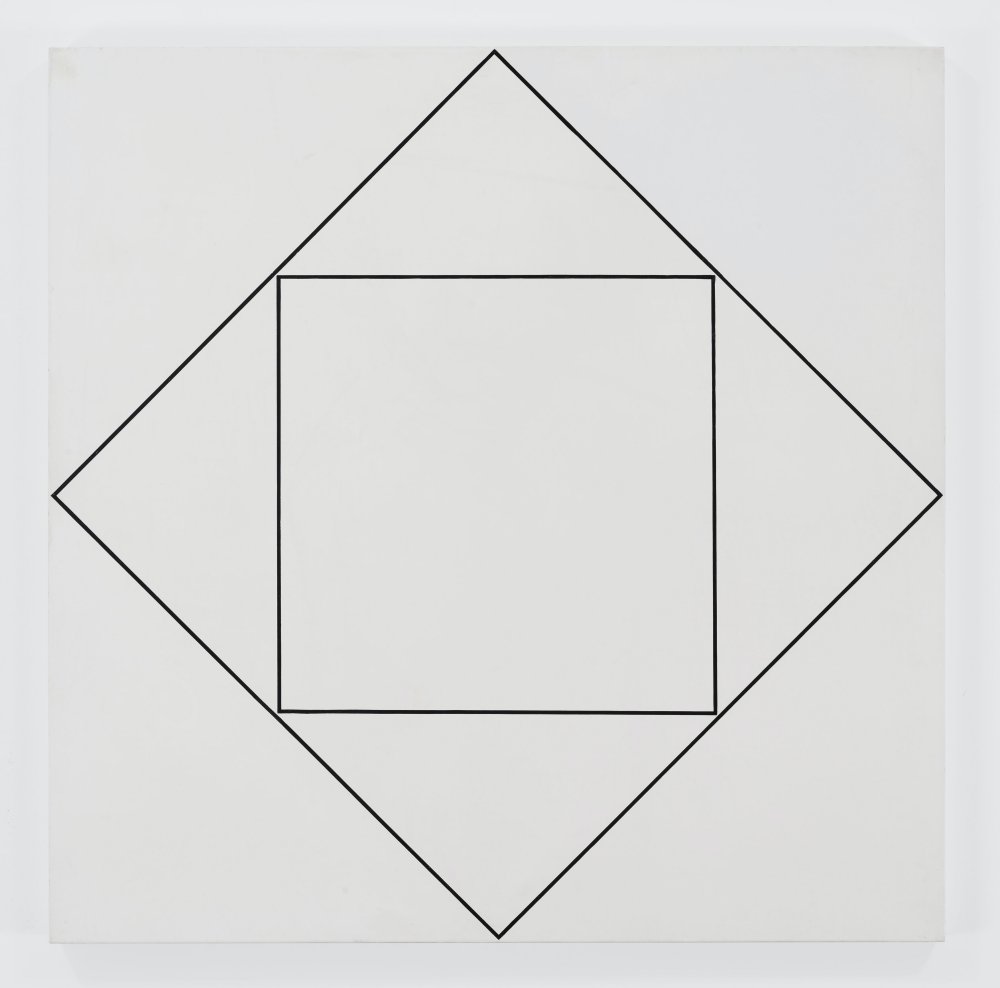 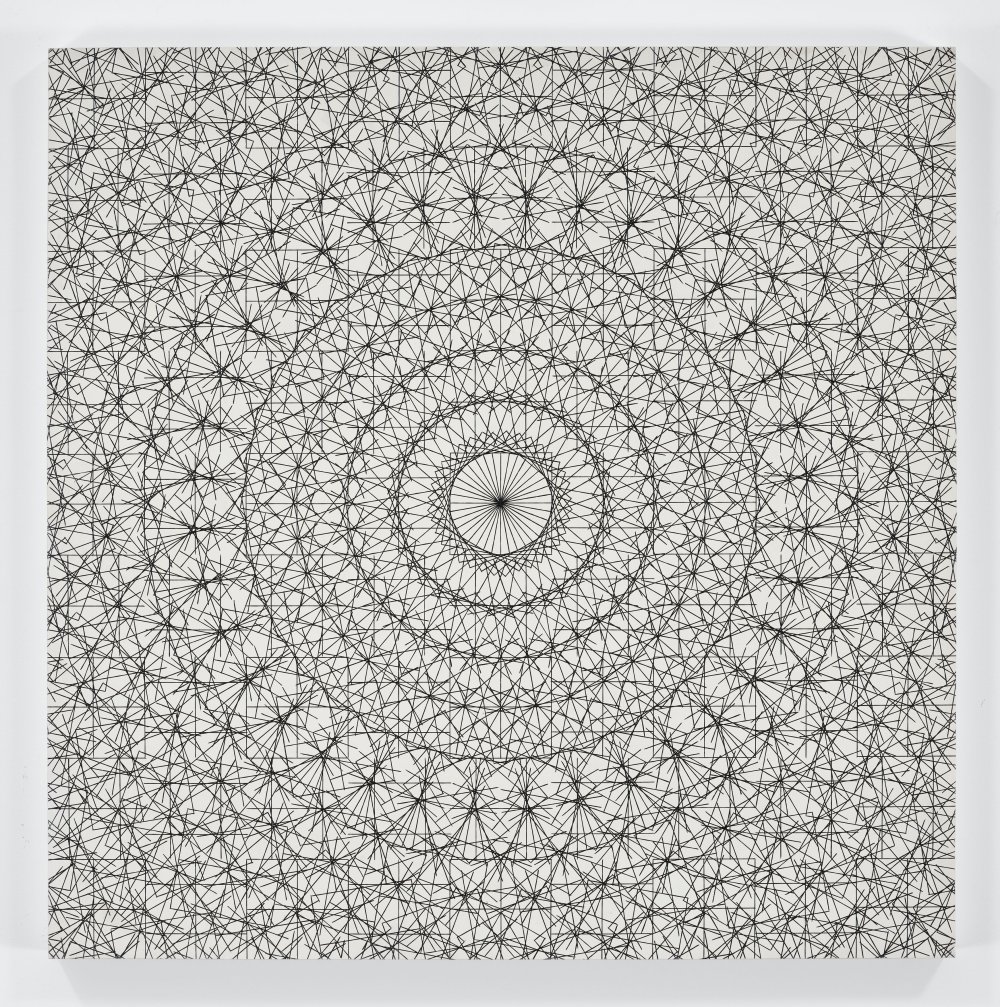 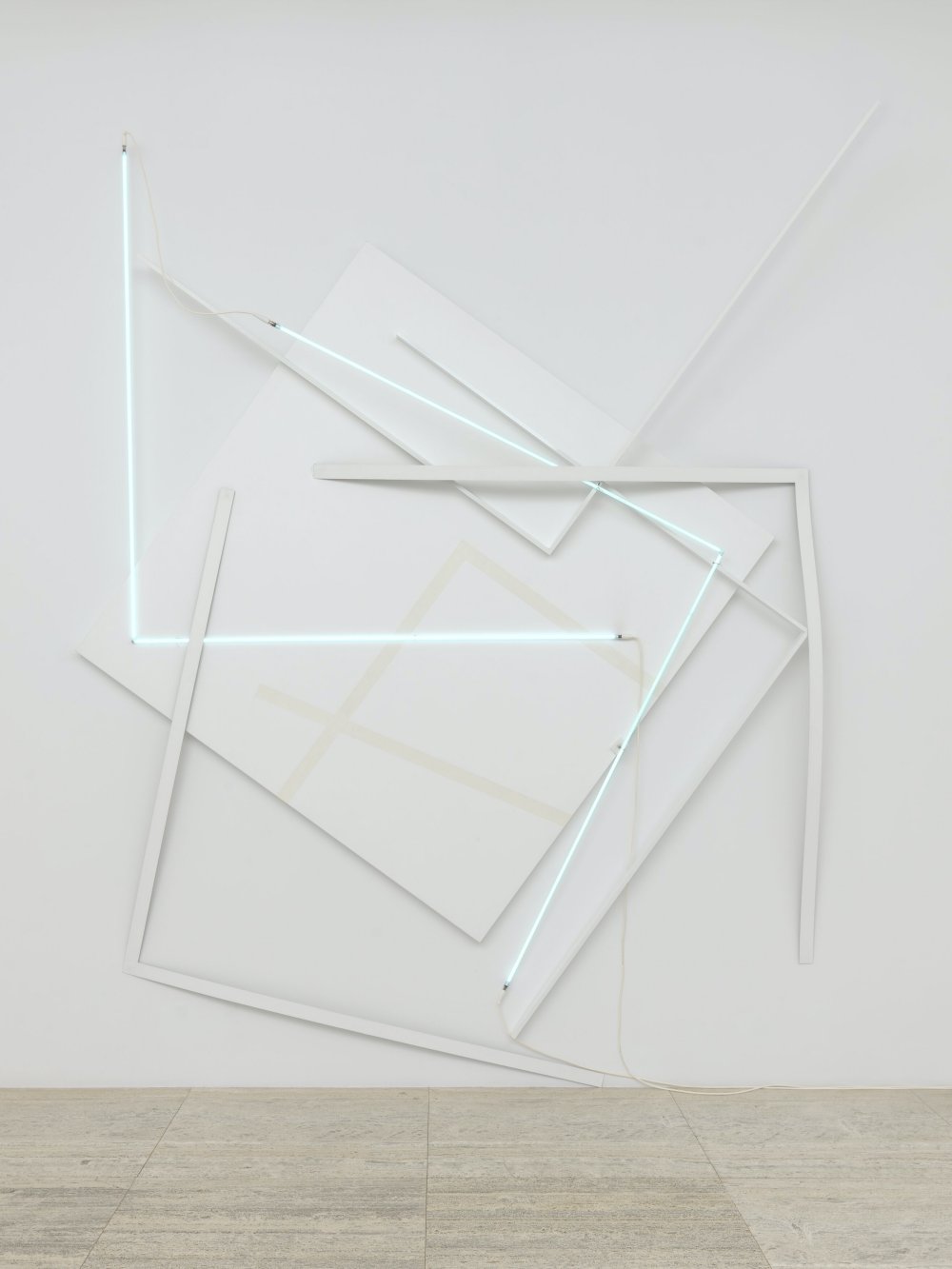 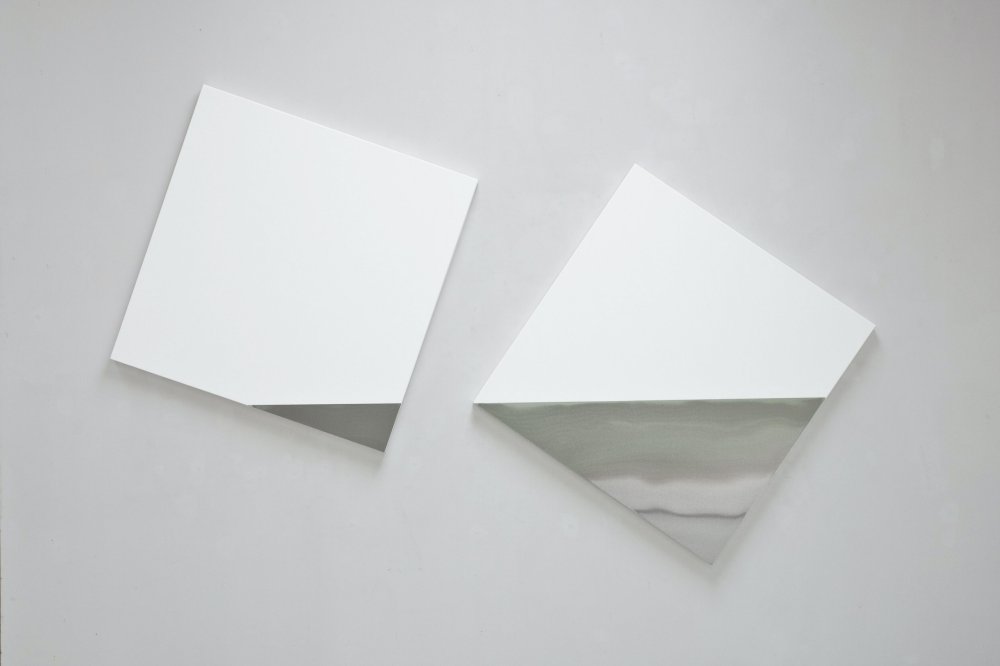 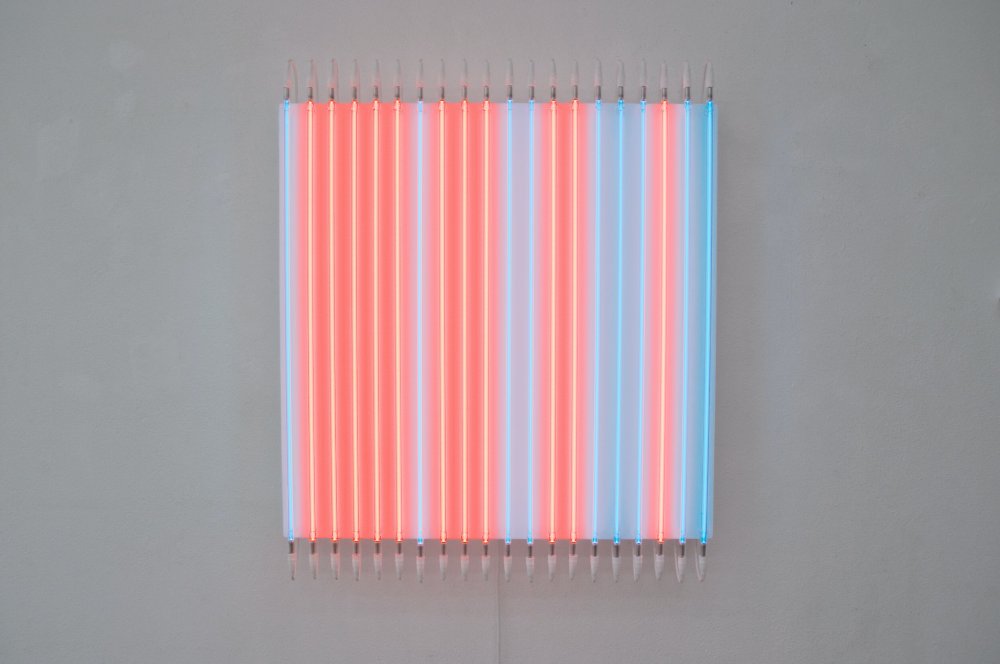 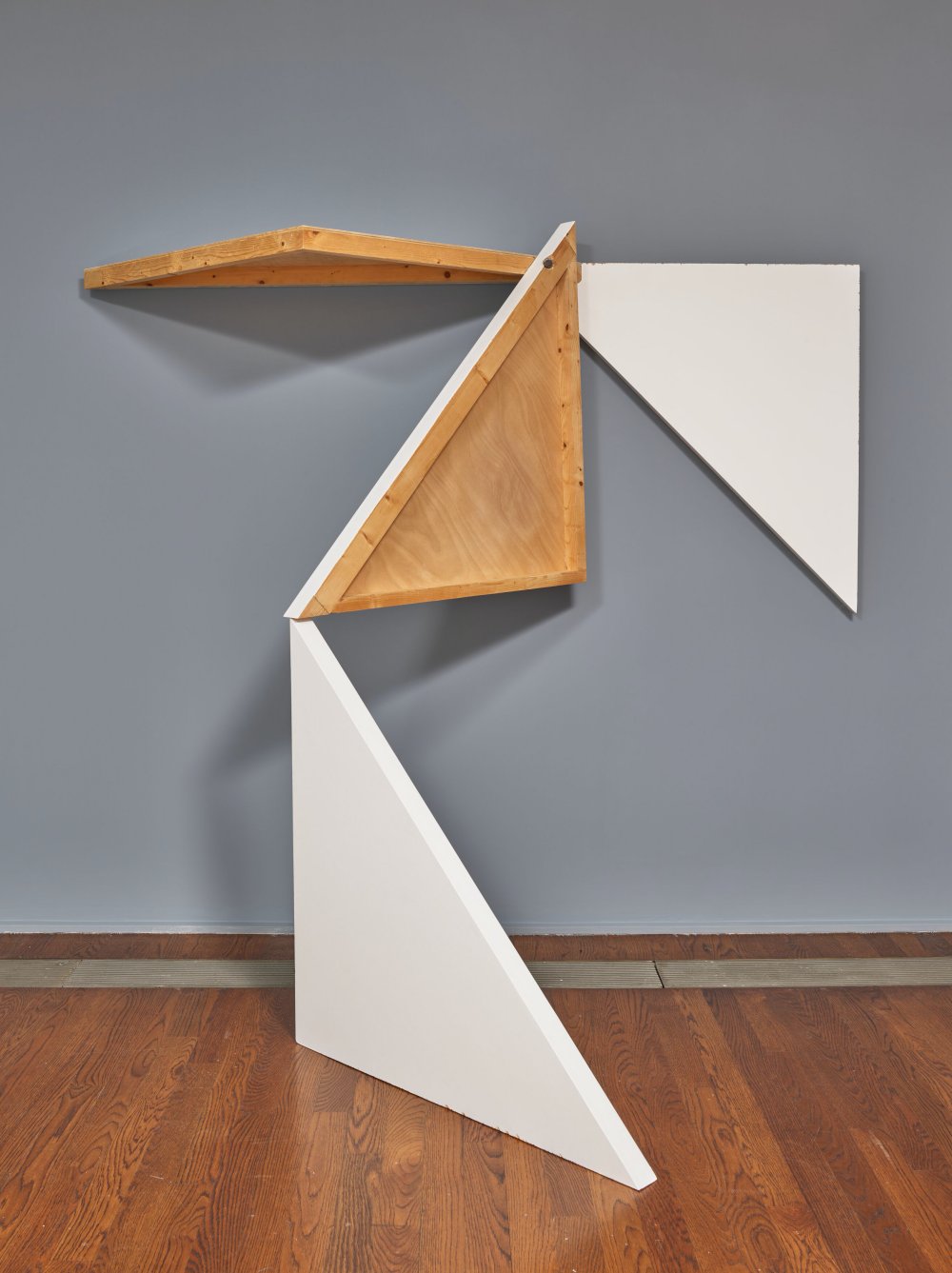 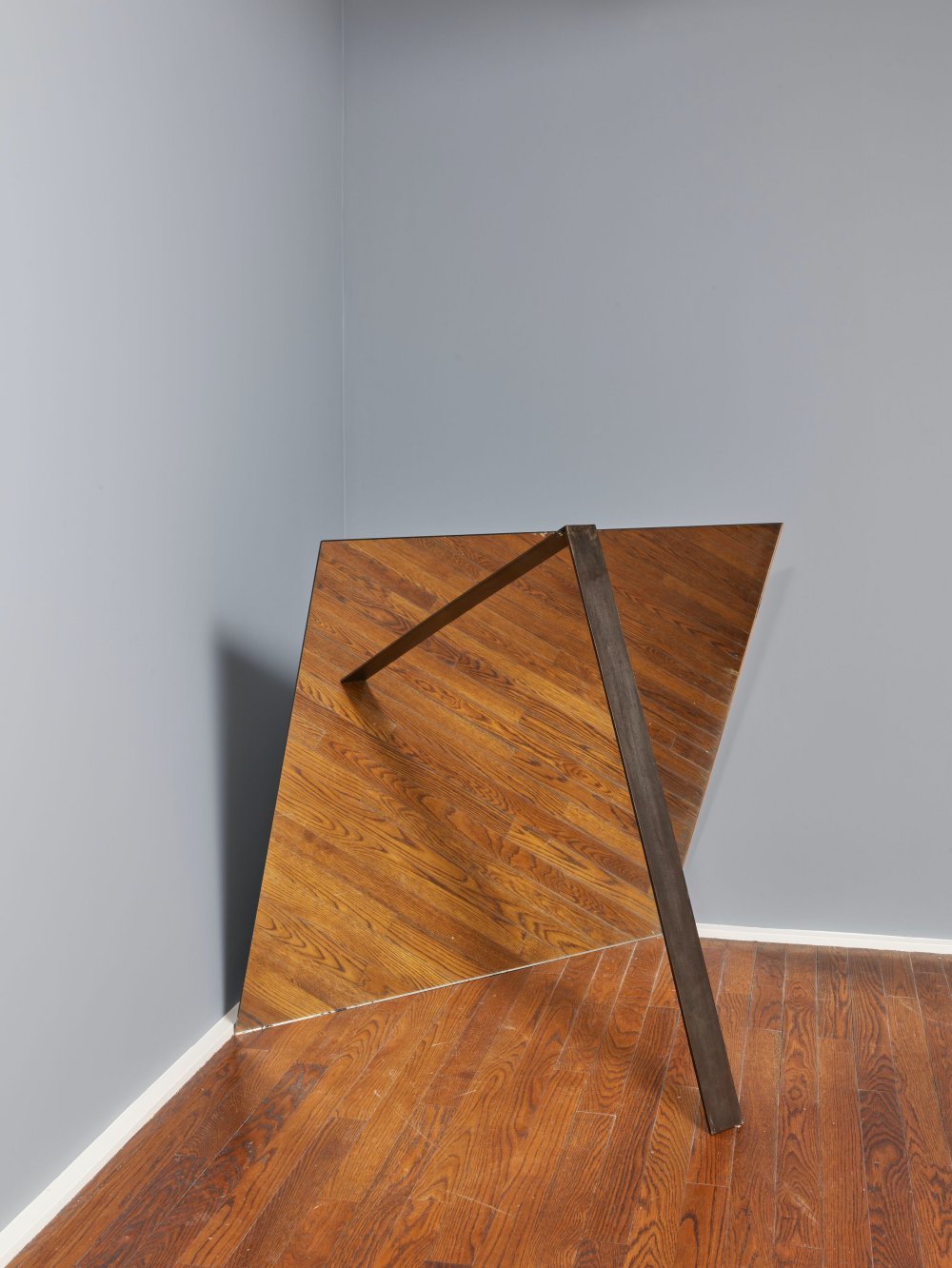 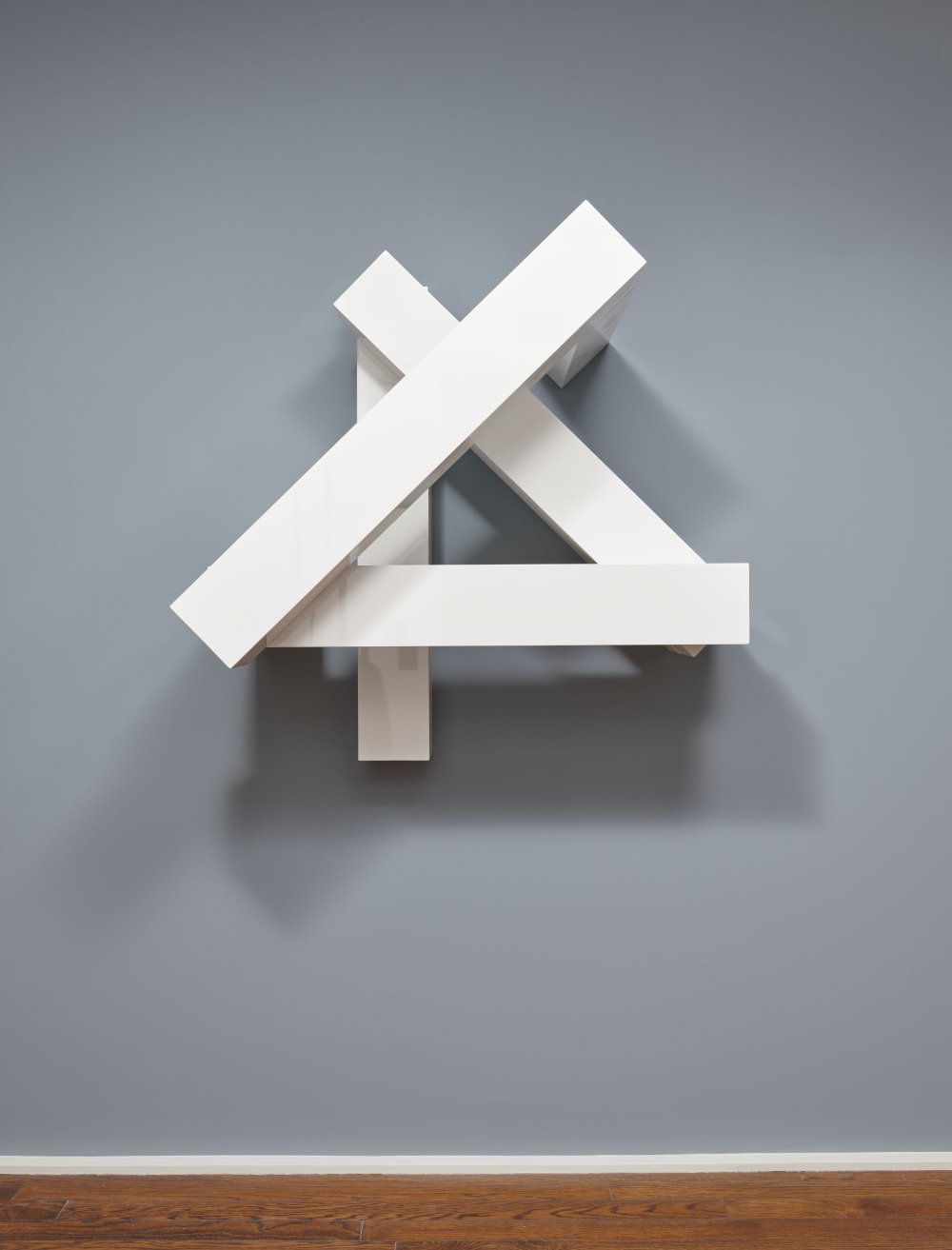 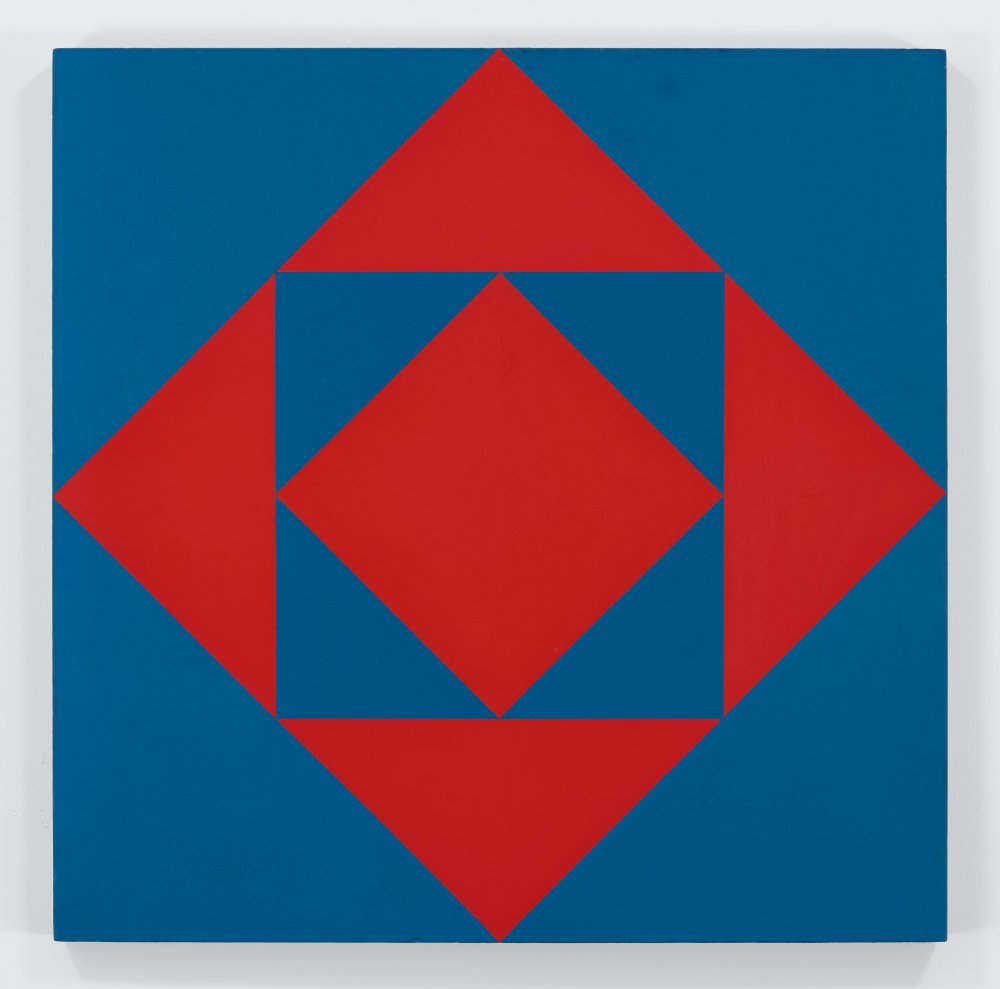 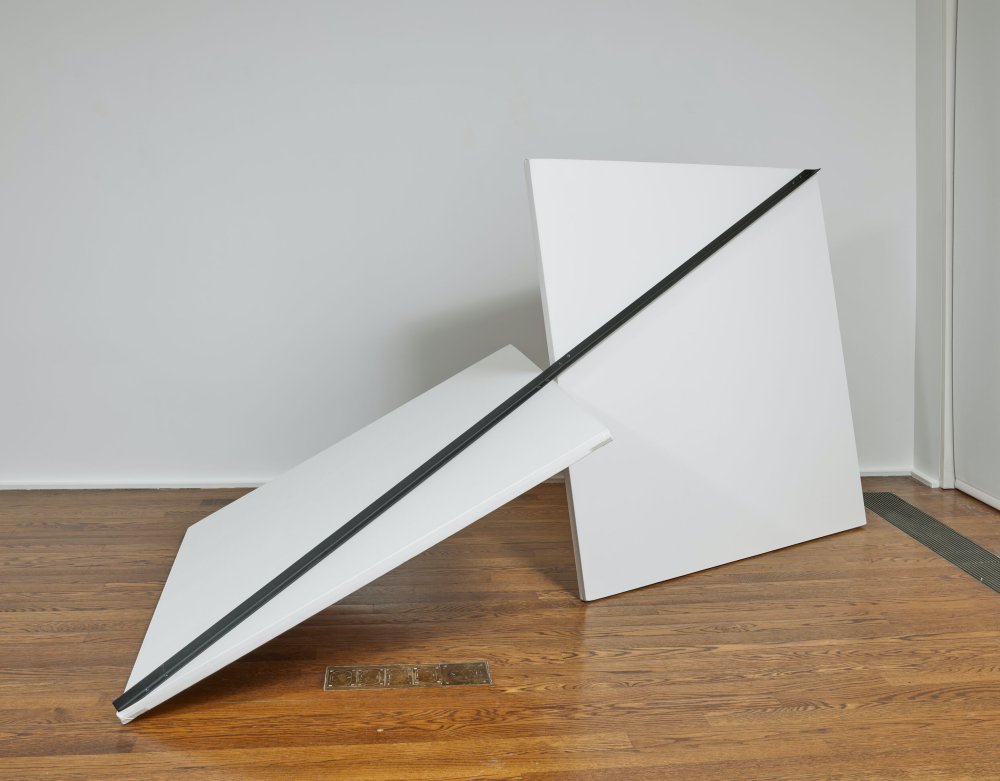 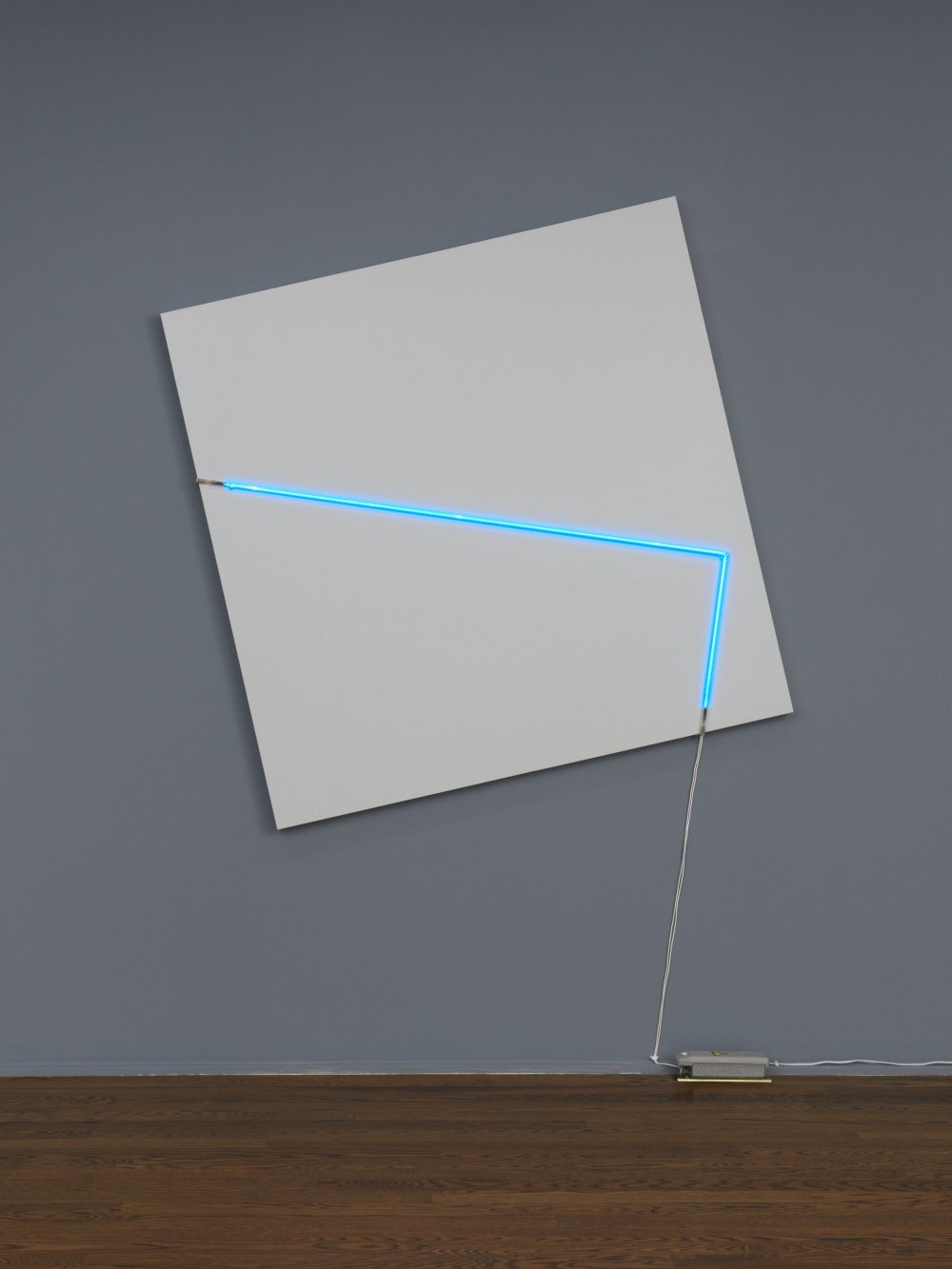 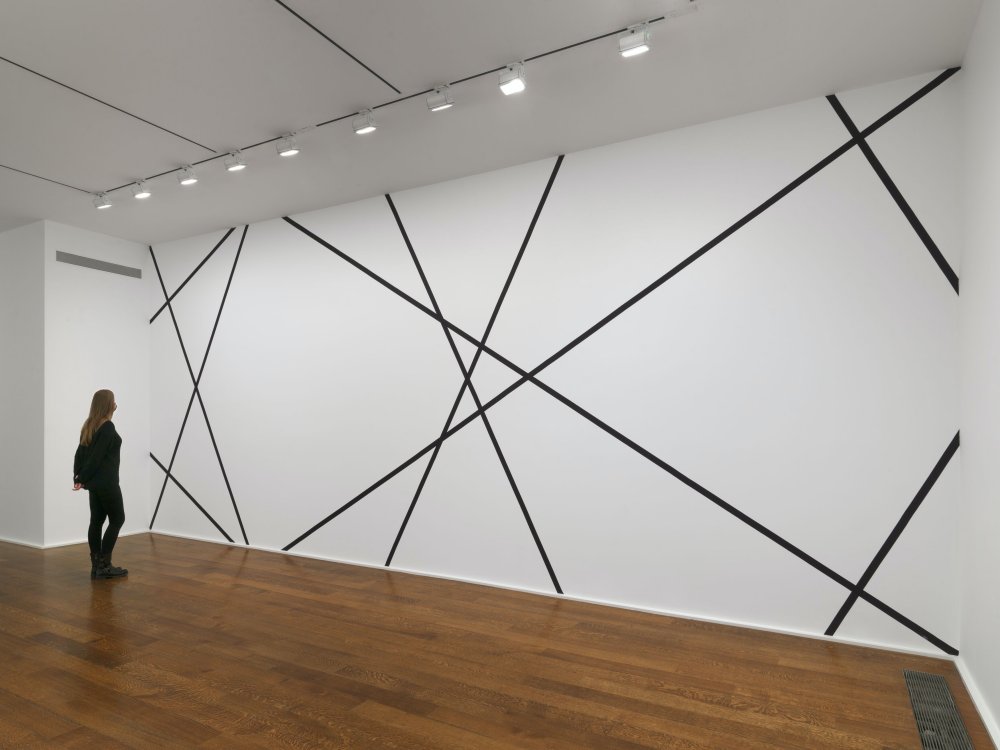 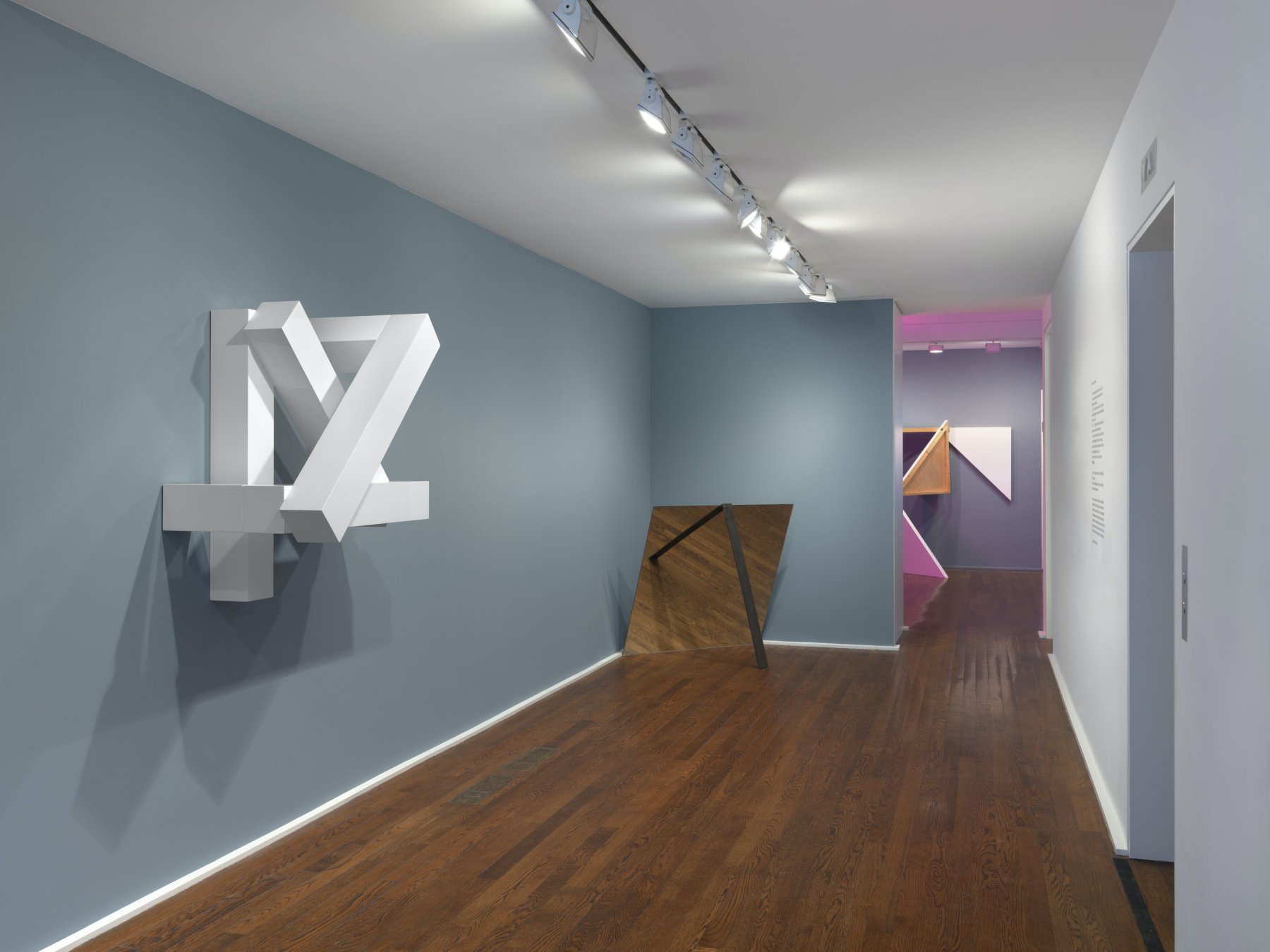 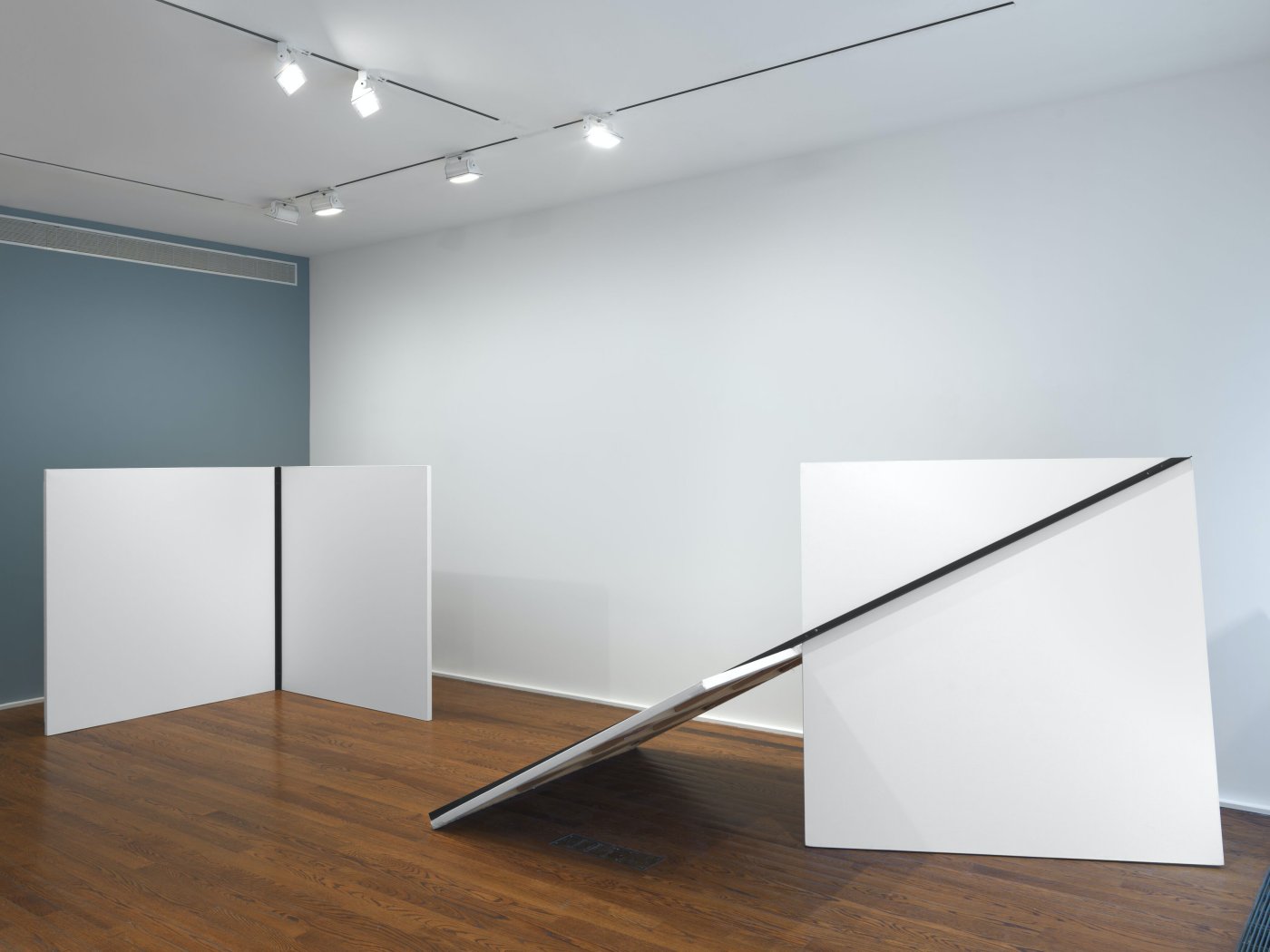 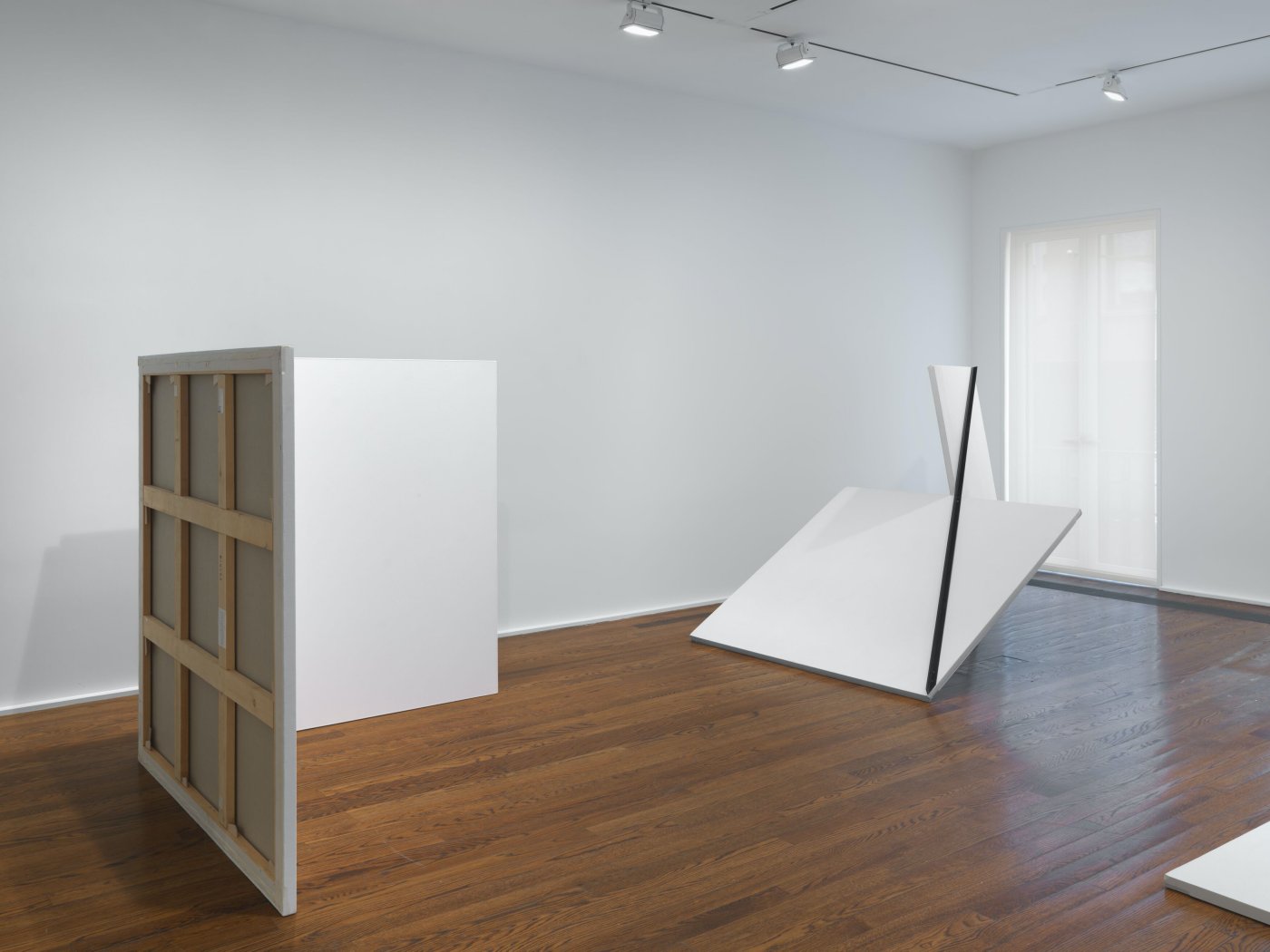 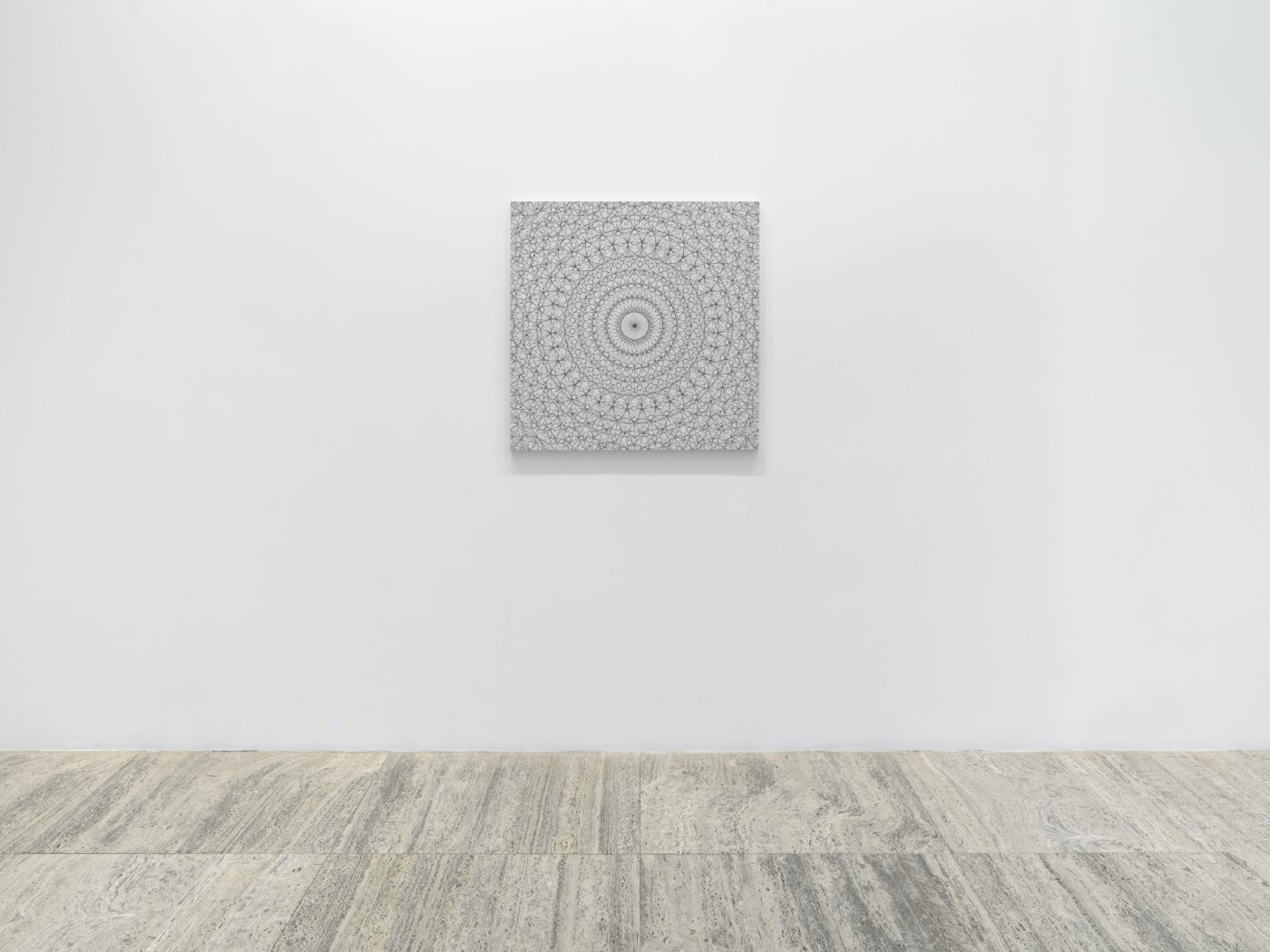 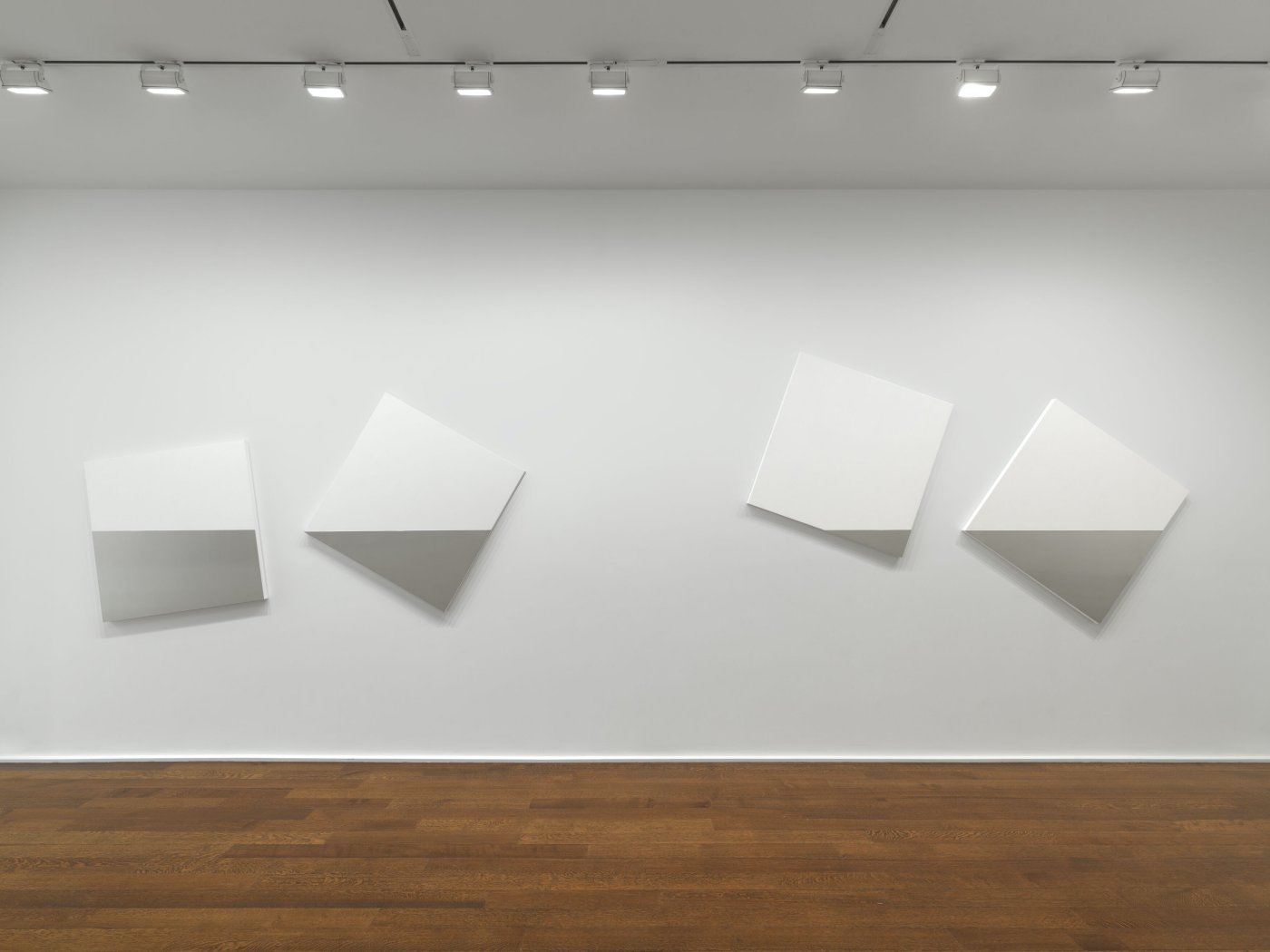 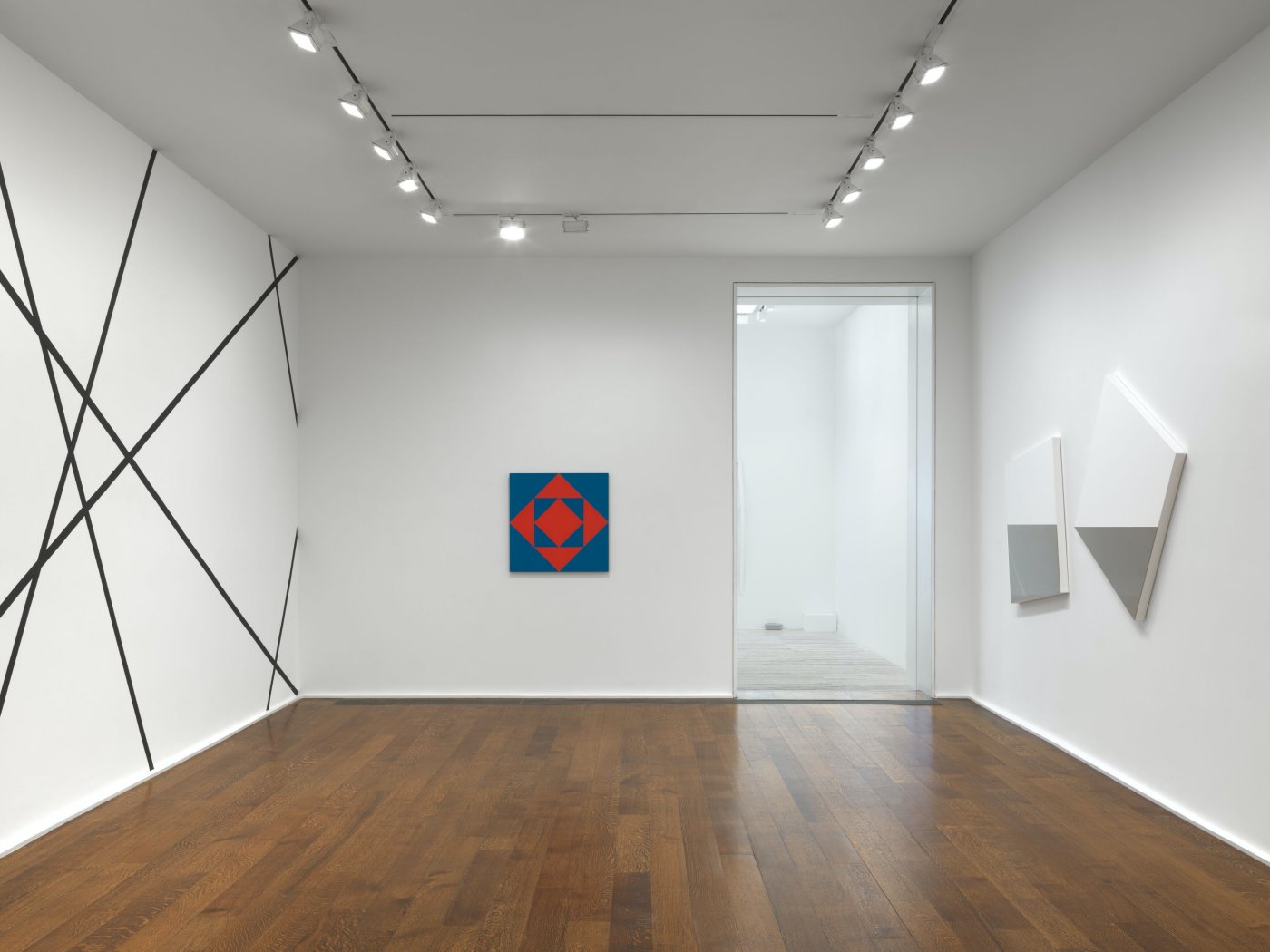 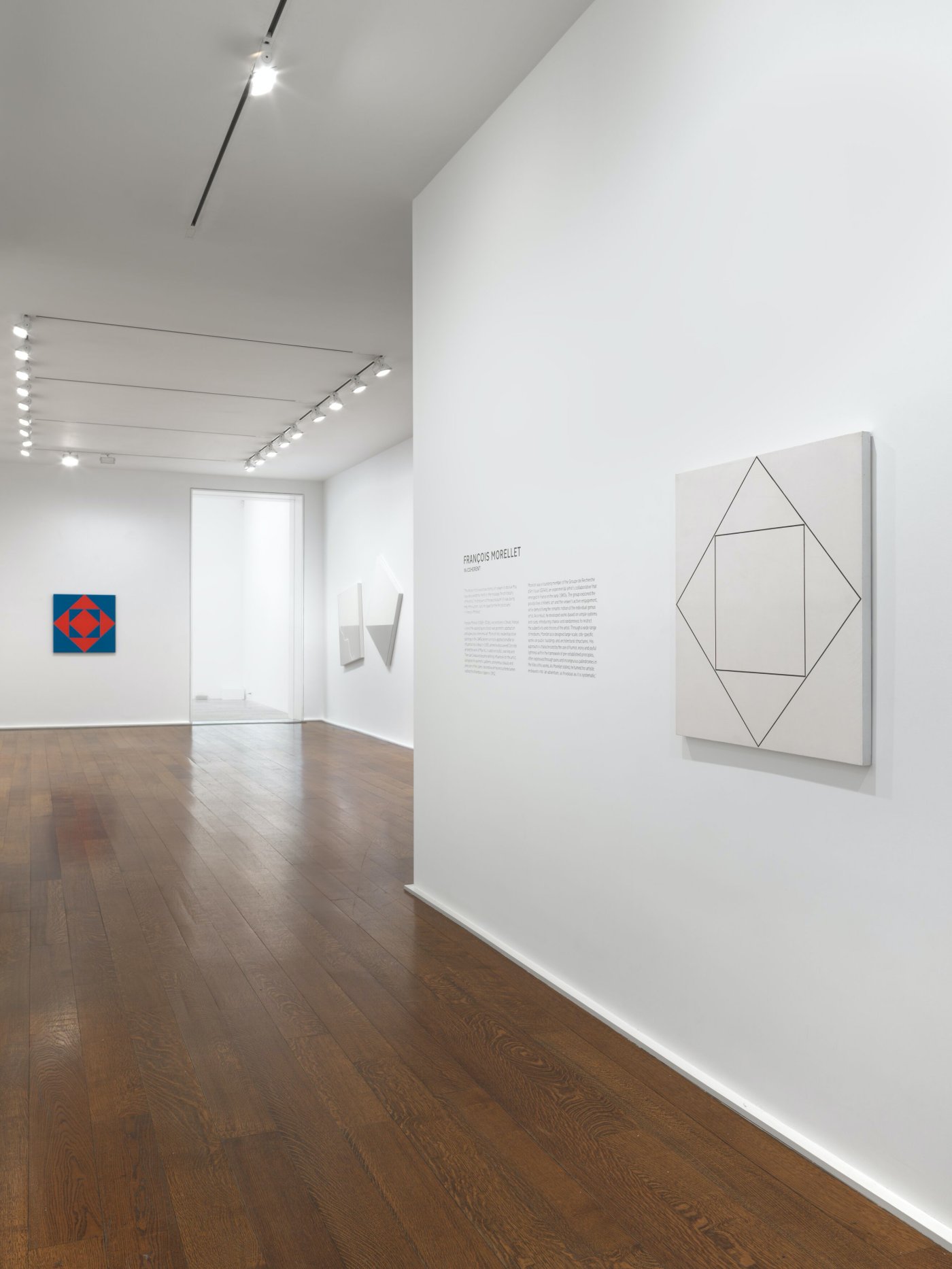 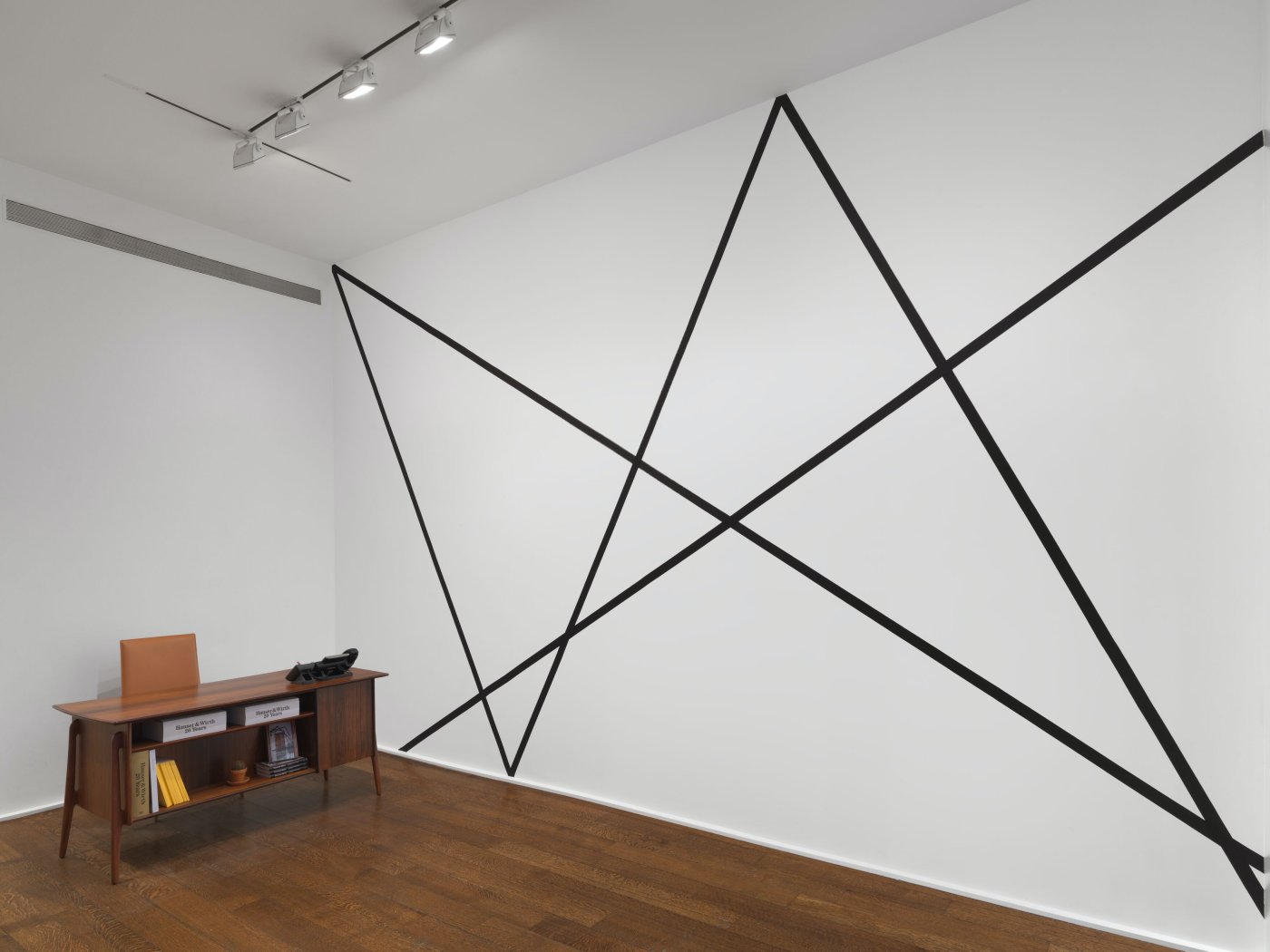 The exhibition makes plain Morellet’s lasting influence in art through his distinctive talent for bringing Dada-infused irreverence, irony, and joyful lightness to his aspiration of dismantling traditional hierarchies and embracing elements of randomness and chance within the framework of pre-established systems.

Organized with Olivier Renaud-Clément, ‘François Morellet. In-Coherent’ underscores the full breadth of the artist’s artistic explorations through a large array of mediums. The exhibition begins with works from the 1950s, a period during which Morellet turned from figurative and representational work to abstraction following an influential trip to Brazil in 1950. Inspired by his first encounters there with Concrete art and the work of Max Bill, he began creating works that followed simple systems and rules and eliminated as many arbitrary decisions as possible. On personal detachment, Morellet has said, ‘All my work is about doing as little as possible and making the fewest possible arbitrary decisions.’ His ‘Trames’ (Grids) paintings feature, for example, superimposed grids of perpendicular lines or networks of dashes rotated at various angles, as in ‘36 trames de tirets pivotées au centre’ (36 Grids of dashes rotated at the center) (1960). In works such as ‘Carrés et triangles rouges et bleus’ (Red and blue squares and triangles) (1953) and ‘Carré inscrit dans un carré’ (Square inscribed in a square) (1954), Morellet exploits the possibilities of simple geometry by creating a system of circumscribed squares which in turn form isosceles square triangles. These early works also expose Morellet’s intent to use descriptive titles containing the information necessary for the viewer to understand the rule behind the creation of the work.

Morellet eventually went beyond the confines of the picture plane and in the 1970s became interested in what he called ‘the outside of painting,’ focusing on three-dimensionality and introducing steel, iron, wire, mesh, and later wood into his work. Three space installations in the exhibition, each composed of a metal angle iron and two white canvases, exploit the simple rule of finding ways to connect two surfaces that are not situated in the same plane by the sole straight line shared by these surfaces. By exploring the possibilities of three-dimensionality, Morellet succeeds in creating a new train of thought: rather than drawing focus into the interior of the picture plane, he broadens his scope to include the spaces around, beneath, and above the painting.

In the 1980s Morellet explored relief paintings containing irregularly shaped elements, often natural material culled from outside. Morellet found it ‘wonderful that nature has finally started to imitate painting.’ In works such as ‘Géométree n° 69’ (1984), he incorporates chance and humor to the most cogent effect. The title ‘Géométree’ is a portmanteau combining two words that describe his work’s ingredients – geometry and a tree branch. Here, an arched tree branch that juts from the canvas dictates the shape and the curve of an intersecting line drawn in pencil, creating two larger intersecting circles that continue beyond the plane of the canvas. In another series entitled ‘Entre deux mers’ (2012-2013), Morellet plays with the possibilities of a richly layered pun; the name of a white wine from the Bordeaux region traditionally paired with oysters, the title ‘Entre deux mers’ (between two seas) also humorously refers in this series to the queasiness that comes from drinking too much wine, illustrated by the two tilted canvases composing each work in the series. Only the horizon line of the sea remains straight through the paired paintings, created by brushed stainless steel plates placed on the canvases.

Also on view at Hauser & Wirth are wall drawings, first created by Morellet in 1968, and reconfigured for this exhibition according to a previously determined system. In ‘4 trames 30° 60° 120° 150° partant des 4 angles du mur’ (4 Grids 30° 60° 120° 150° starting from the 4 angles of the wall) (1977 / 2021), the artist left the most concise instructions to create a network of lines traced with black adhesive tape on a blank white wall. These ephemeral works showcase Morellet’s engagement with systems based on simple rules as a proliferation factor and with the notion of ‘all over’, allowing him once again to go beyond the arbitrary limits of the canvas.

Born in Cholet, France, where he lived and worked for the entirety of his life, Morellet studied literature in Paris before returning to run his family-owned toy factory until 1975. This allowed him financial independence while providing exposure to fabricators and production techniques that came to inform his practice. Max Bill, Jean Arp and Theo van Doesburg became defining influences for the artist, alongside the geometric patterns, anonymous beauty and precision of the Islamic decorative art he encountered when visiting the Alhambra in Spain in 1952. As a result, he developed works based on simple systems and rules, which removed the subjectivity of the artist and dismantled conventional notions of composition. As Morellet stated, he turned his artistic endeavors into ‘an adventure, as frivolous as it is systematic.’ In the late 1950s he discovered the ‘Duo-collages’ of Jean Arp and Sophie Taeuber-Arp through his friend Ellsworth Kelly, which prompted him to introduce chance as a central principle, creating works based on random numbers found in his local phone directory or the infinite sequence of decimals of the number pi.

Morellet was a founding member of the Groupe de Recherche d’Art Visuel (GRAV), an experimental artist’s collaborative that emerged in France in the early 1960s. The group explored the possibilities of Kinetic Art and the viewer’s active engagement, while demystifying the romantic notion of the individual genius artist. Prior to the formation of GRAV, Piero Manzoni invited Morellet and several of his collaborators to participate in an exhibition at his Galleria Azimuth in Milan, where their works were presented without the artists’ individual names indicated, at the instigation of François Morellet.

Morellet was first introduced to an American audience in 1965 as part of the landmark exhibition ‘The Responsive Eye’ at the Museum of Modern Art in New York. He was later the subject of a North American retrospective in 1984 – 1985, traveling to the Albright-Knox Art Gallery in Buffalo, New York, Musée d’art contemporain in Montreal, Canada, Brooklyn Museum, Brooklyn, New York, and Center for the Fine Arts in Miami, Florida. In 2017, Dia Art Foundation presented the first major survey of Morellet’s work in the United States in over three decades, curated by independent curator Béatrice Gross with Dia’s Megan Holly Witko.