Francis Bacon
After Second Version of the Triptych 1944, 1988 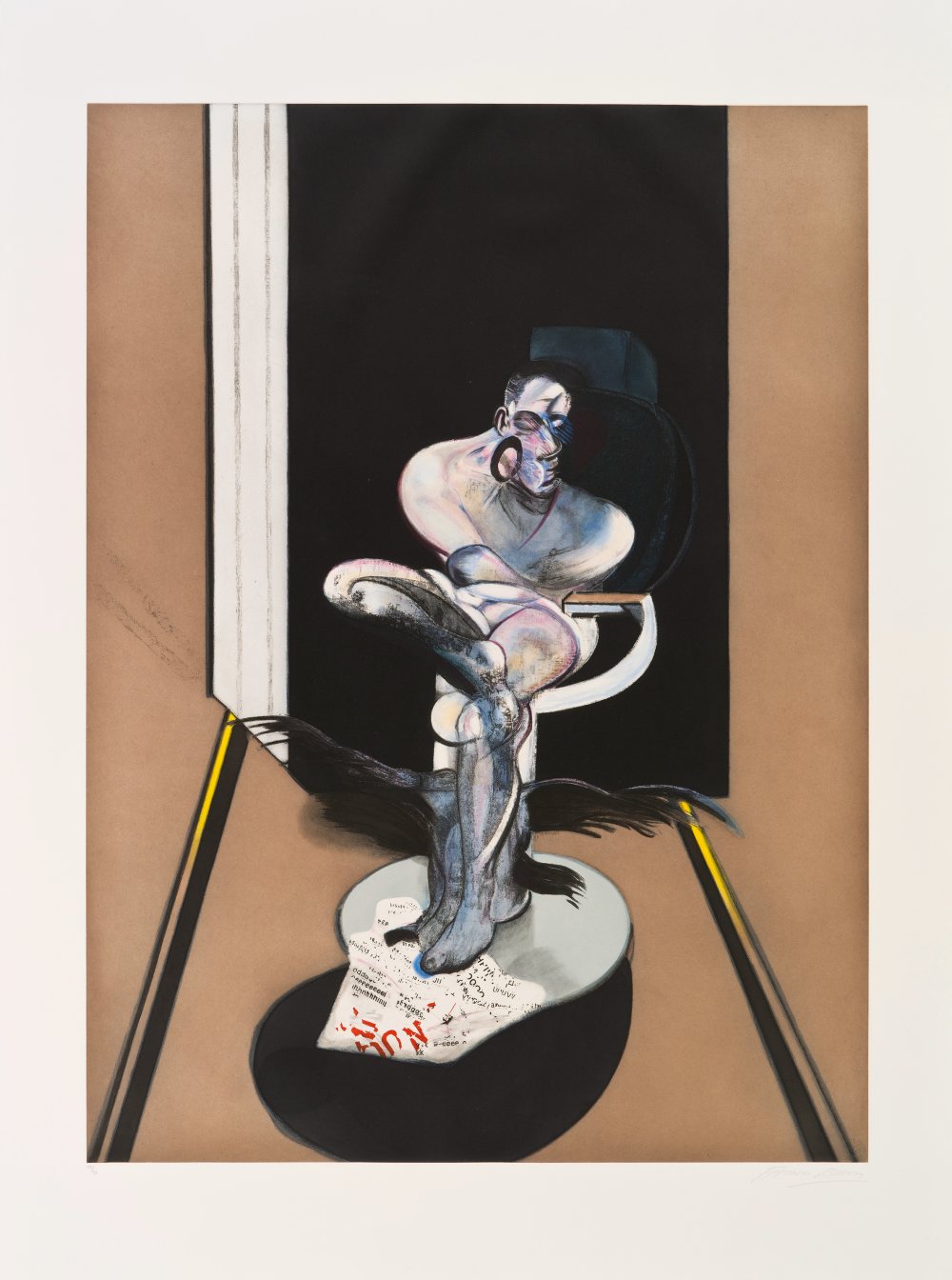 Francis Bacon
Three Studies for a Self Portrait, 1979 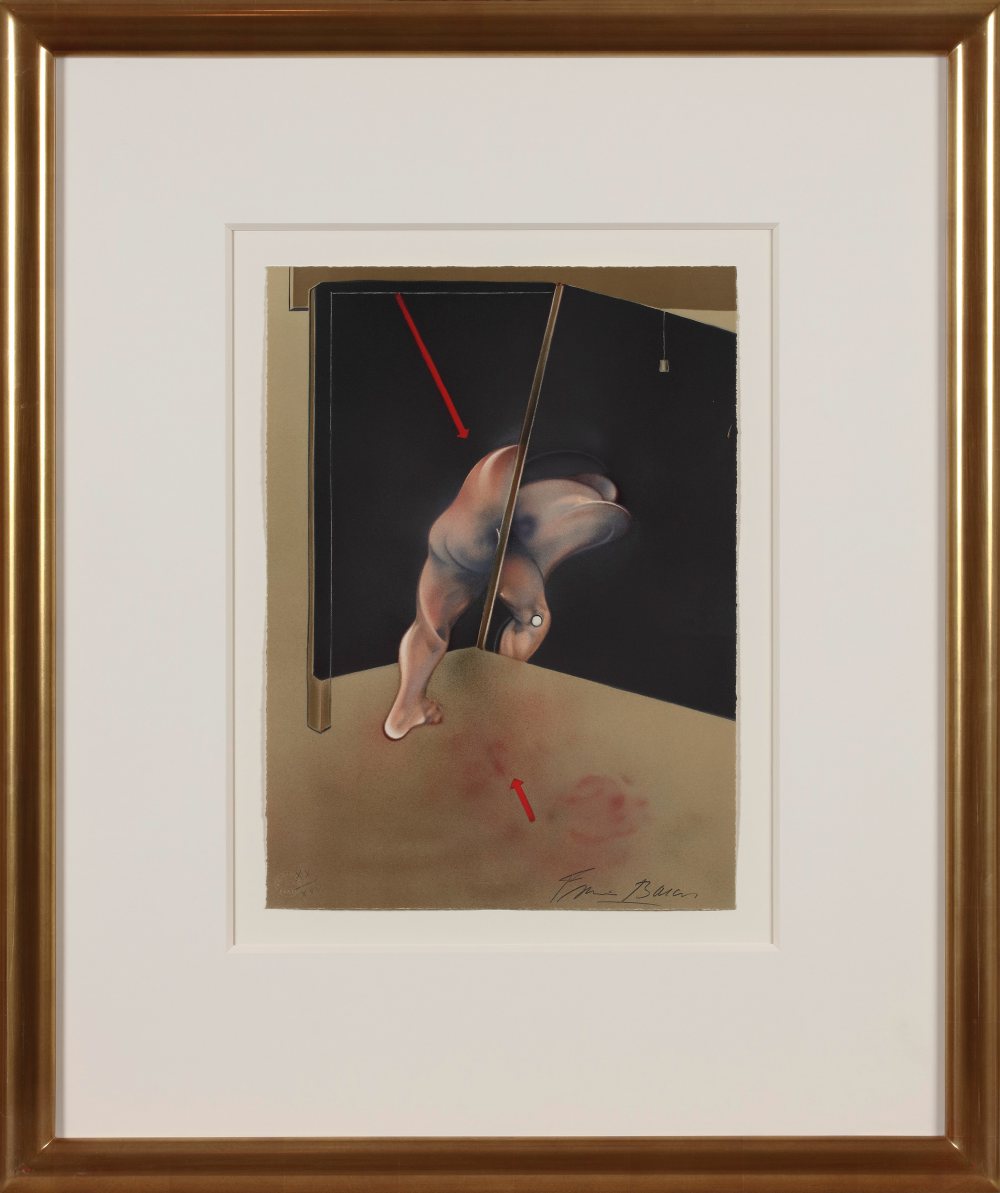 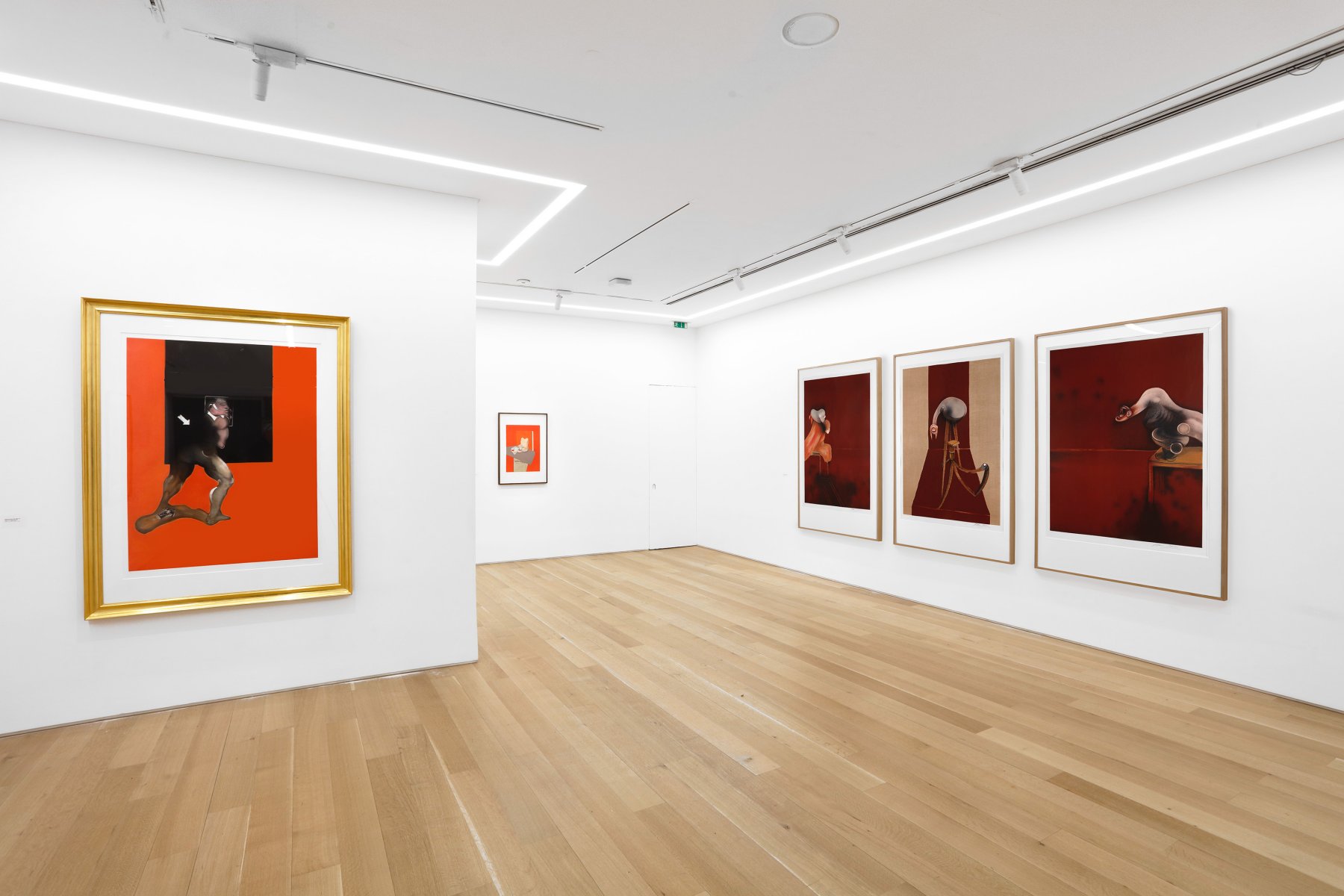 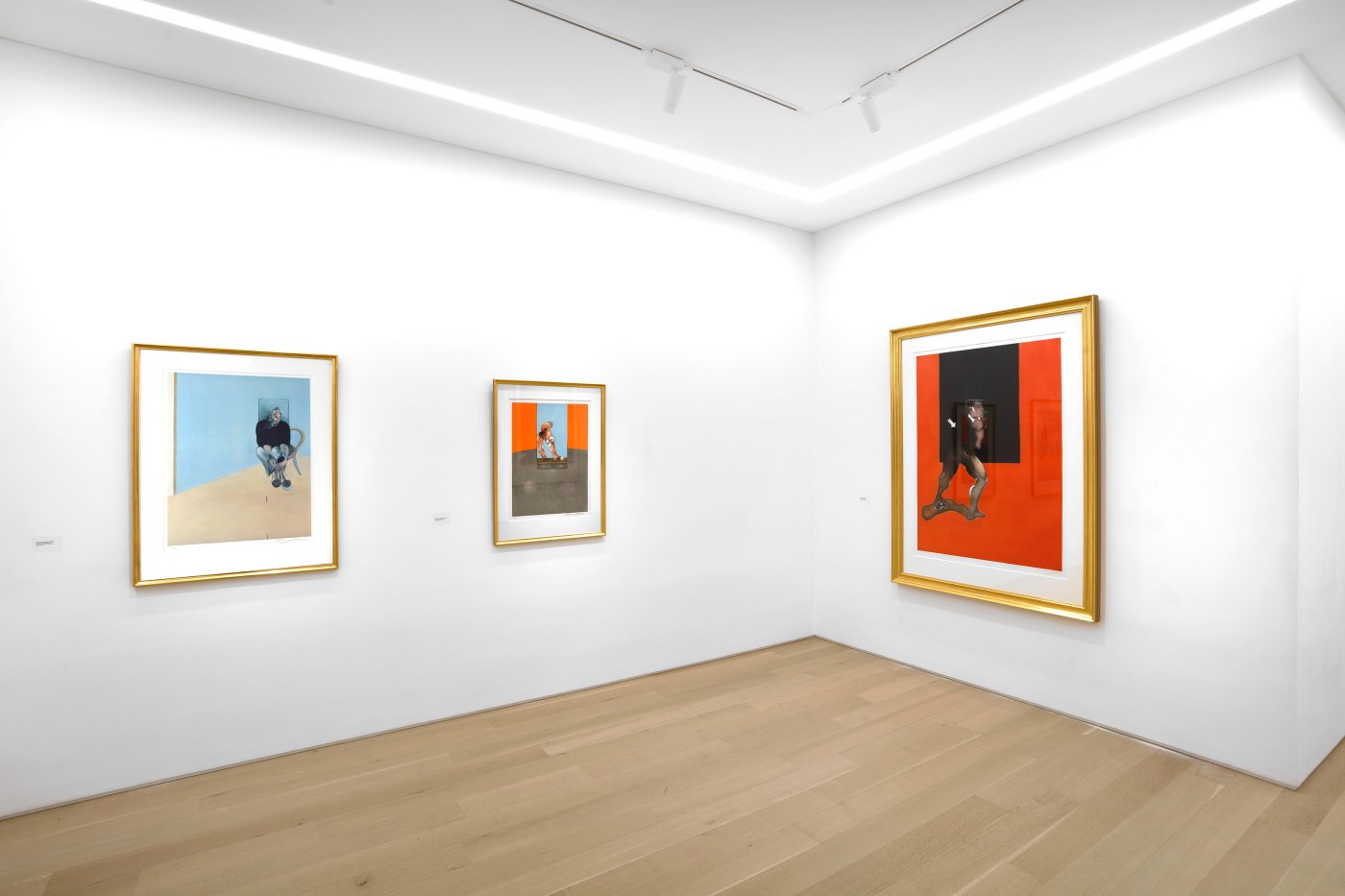 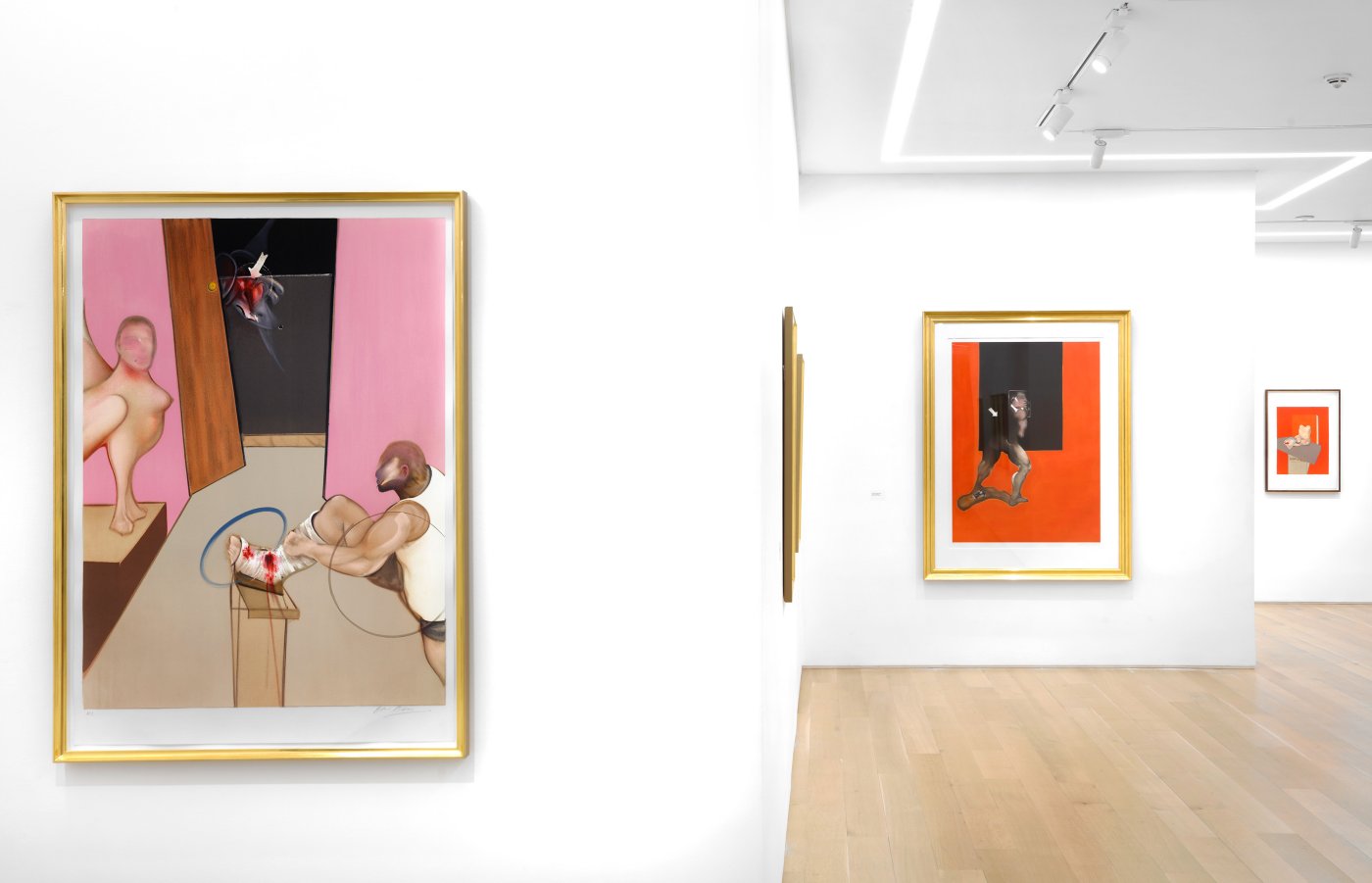 Based on a selection of 35 of his paintings, Bacon’s graphic works reflect his relentless strive to “open the valves of feeling”. Bacon acted as a self-proclaimed witness of mankind, setting himself the task of scrutinising the human condition.

He worked with skilled French, Italian and Spanish printers, with whom he developed a strong collaborative relationship. From the early 1980s until Bacon’s death in 1992, his prints were produced using modern production processes under the artist’s constant supervision.