Francis Alÿs: Don’t Cross the Bridge Before You Get to the River

Francis Alÿs: Don’t Cross the Bridge Before You Get to the River

108, rue Vieille du Temple, 75003 Francis Alÿs: Don’t Cross the Bridge Before You Get to the River

David Zwirner presents an exhibition of works by Belgian-born, Mexico-based artist Francis Alÿs at the gallery’s Paris location. Don’t Cross the Bridge Before You Get to the River brings together a group of works made by the artist from 2006 onward that relate to an action that took place simultaneously on opposite shores of the Strait of Gibraltar—in Tangier, Morocco, and Tarifa, Spain—on 12 August 2008. This is the first solo presentation in Paris for the internationally acclaimed artist, who will represent Belgium at the 2022 Venice Biennale. 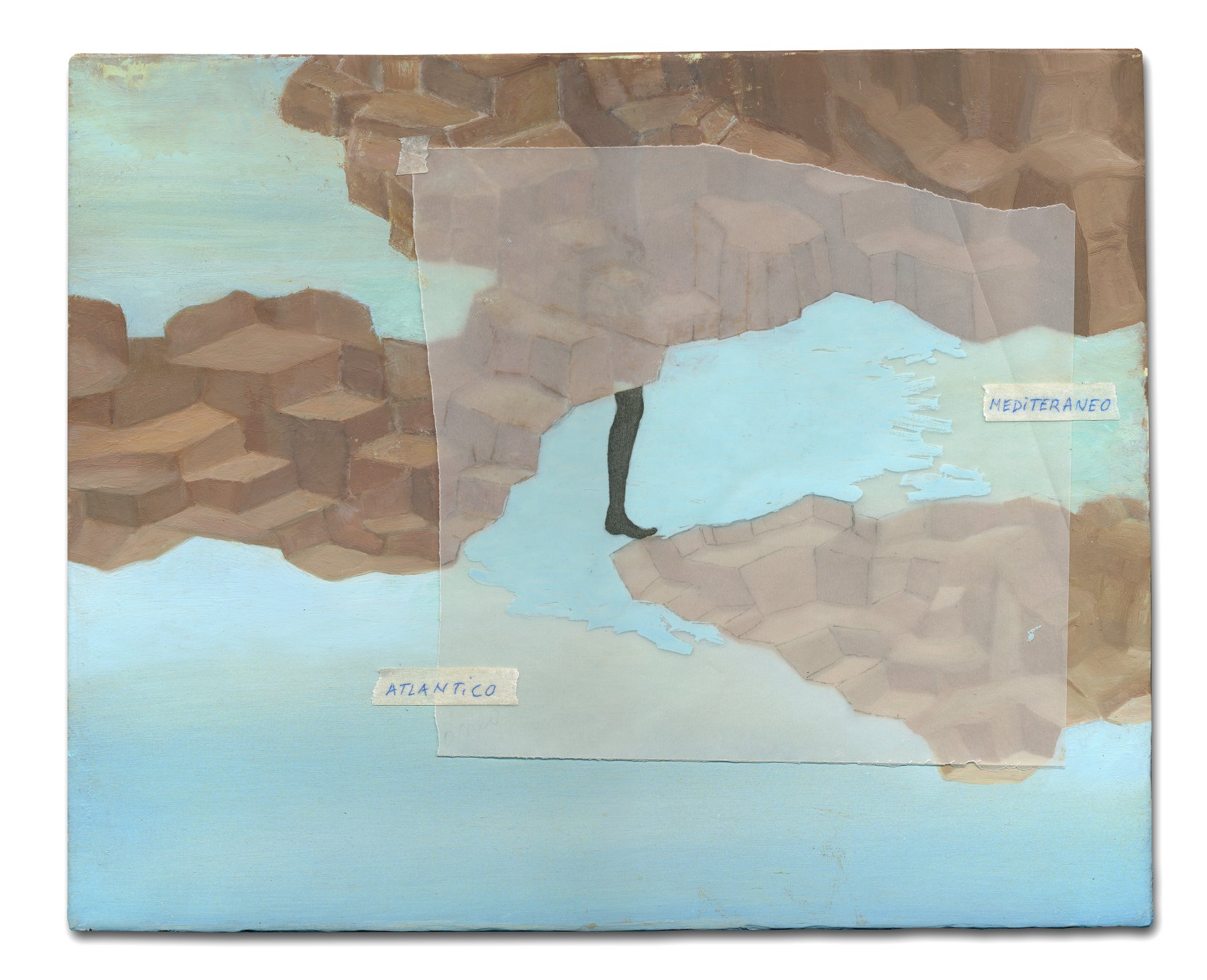 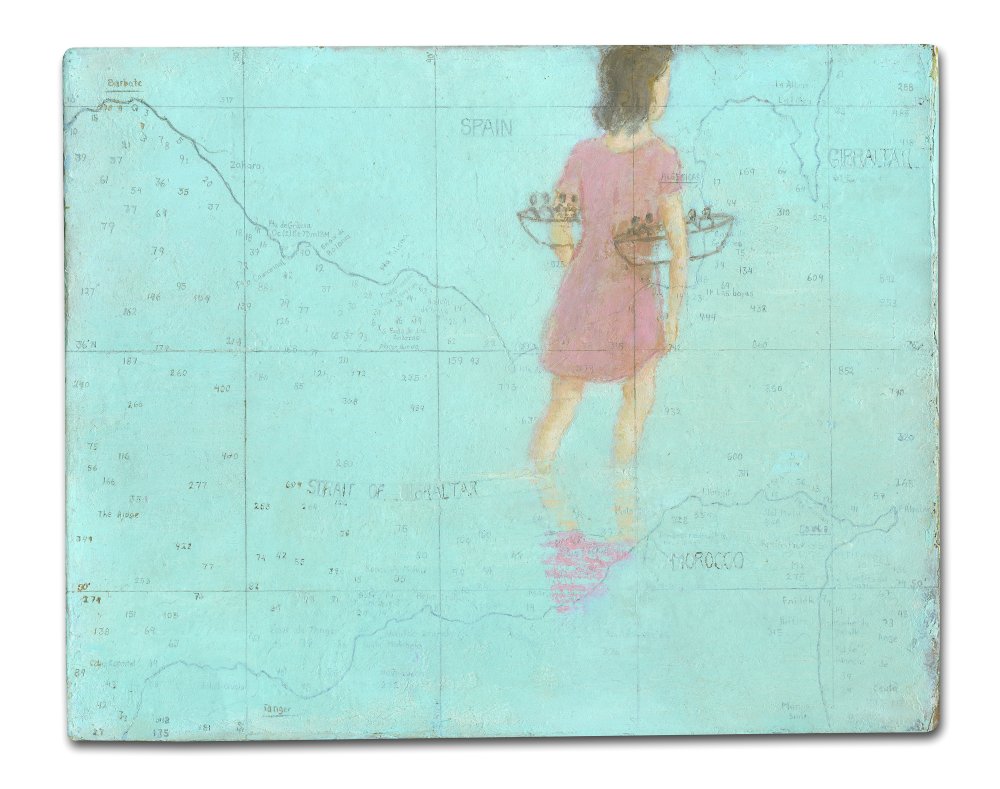 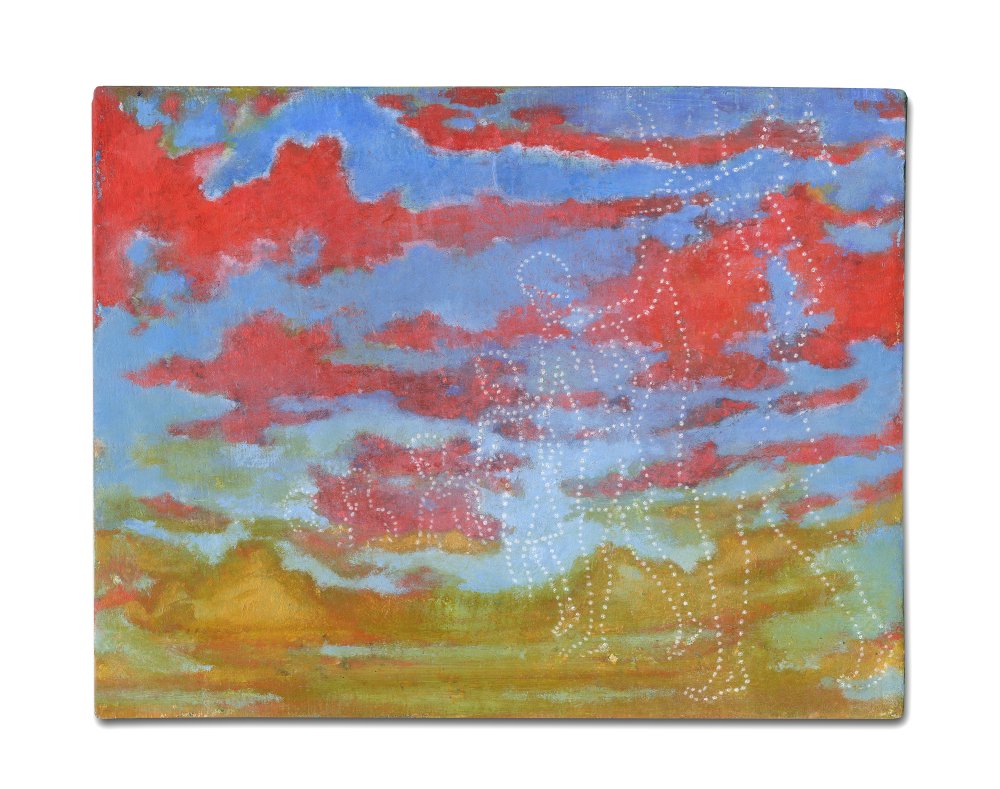 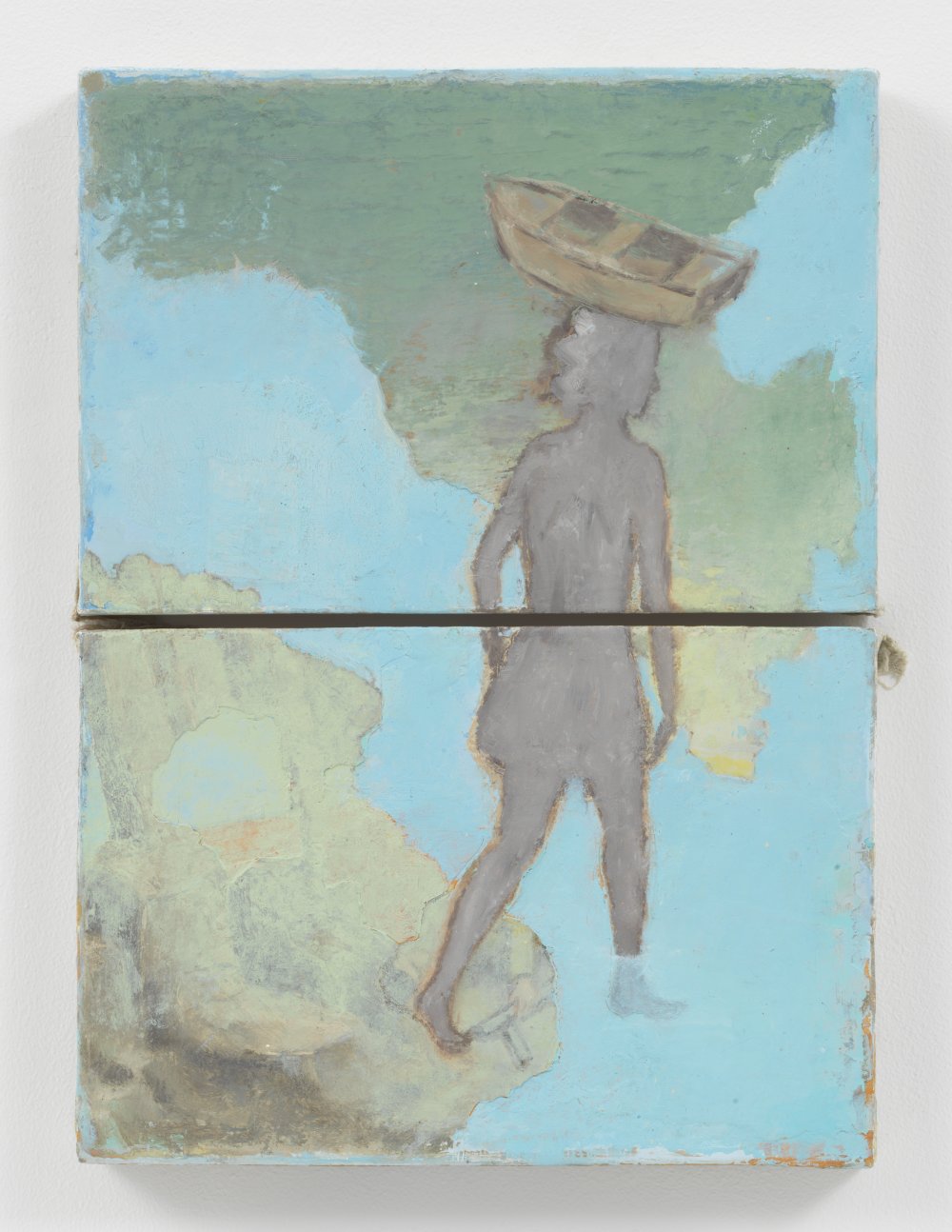 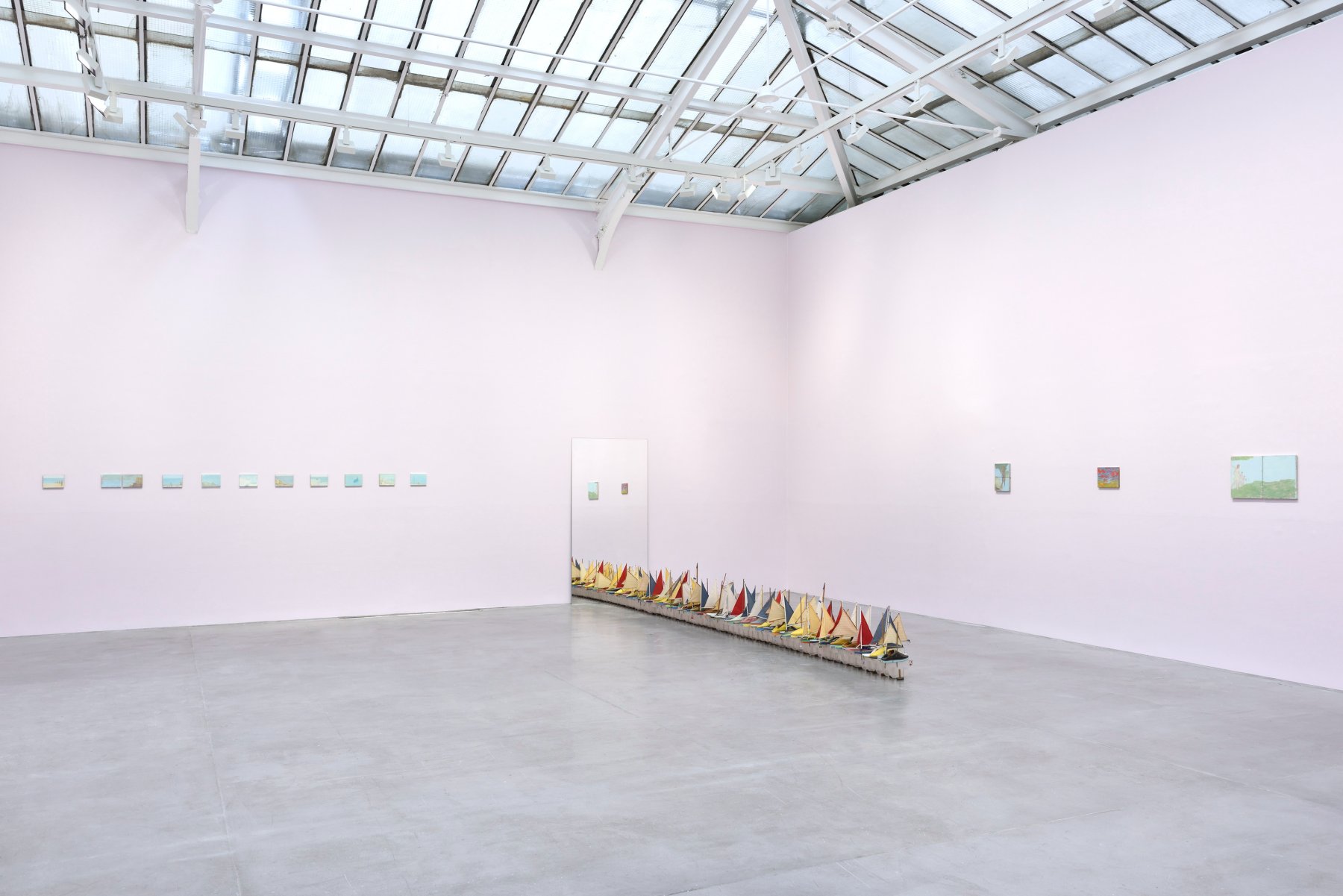 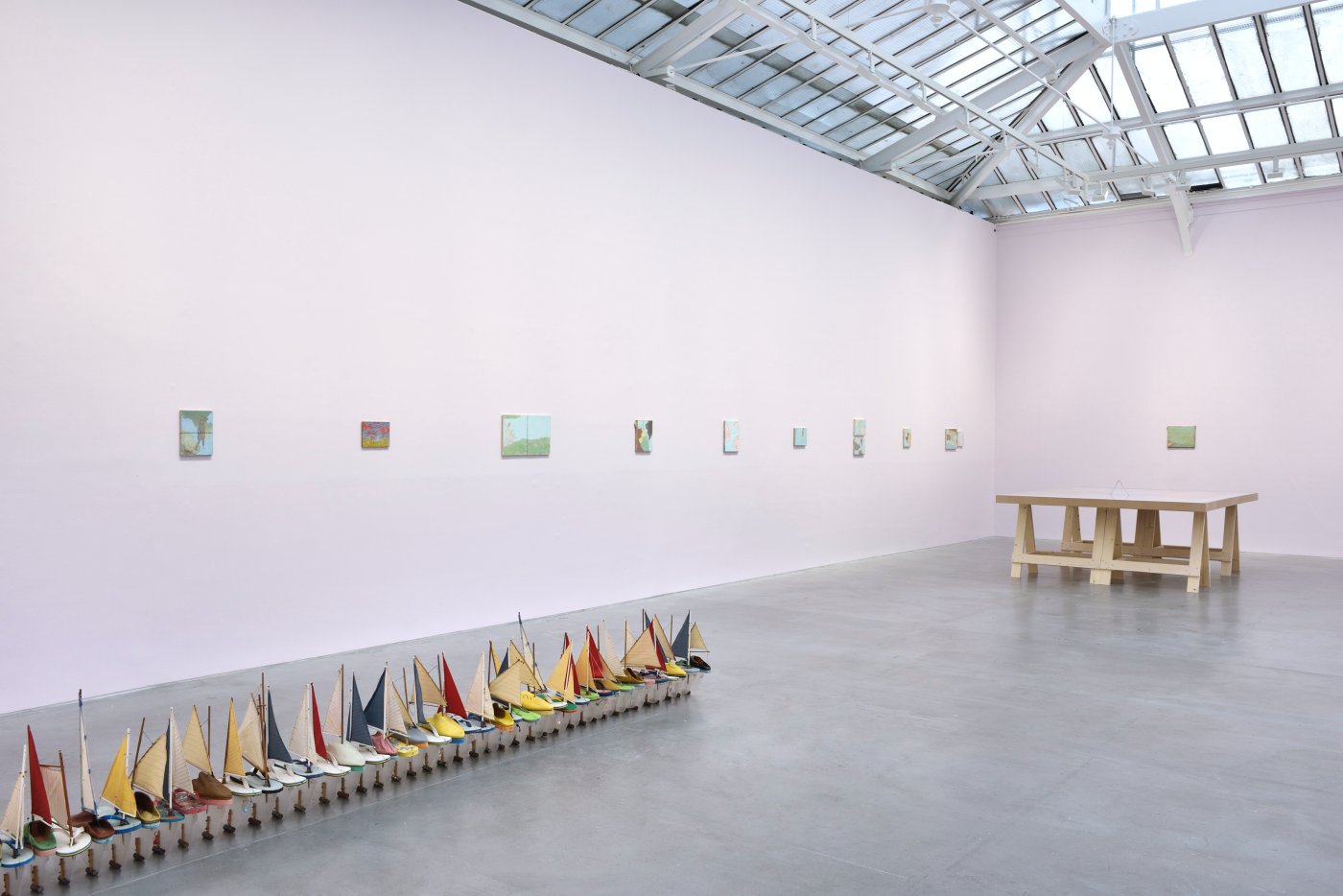 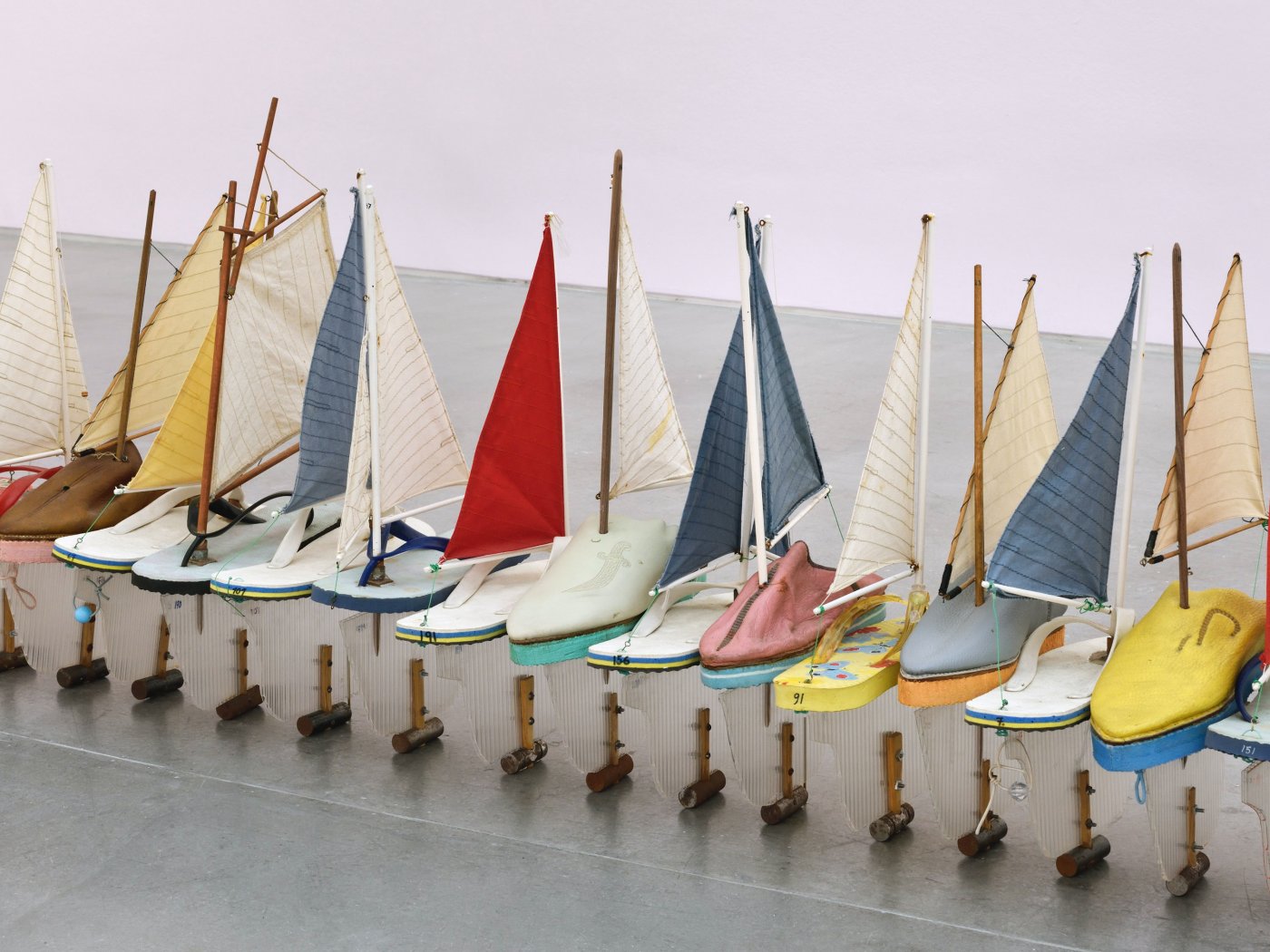 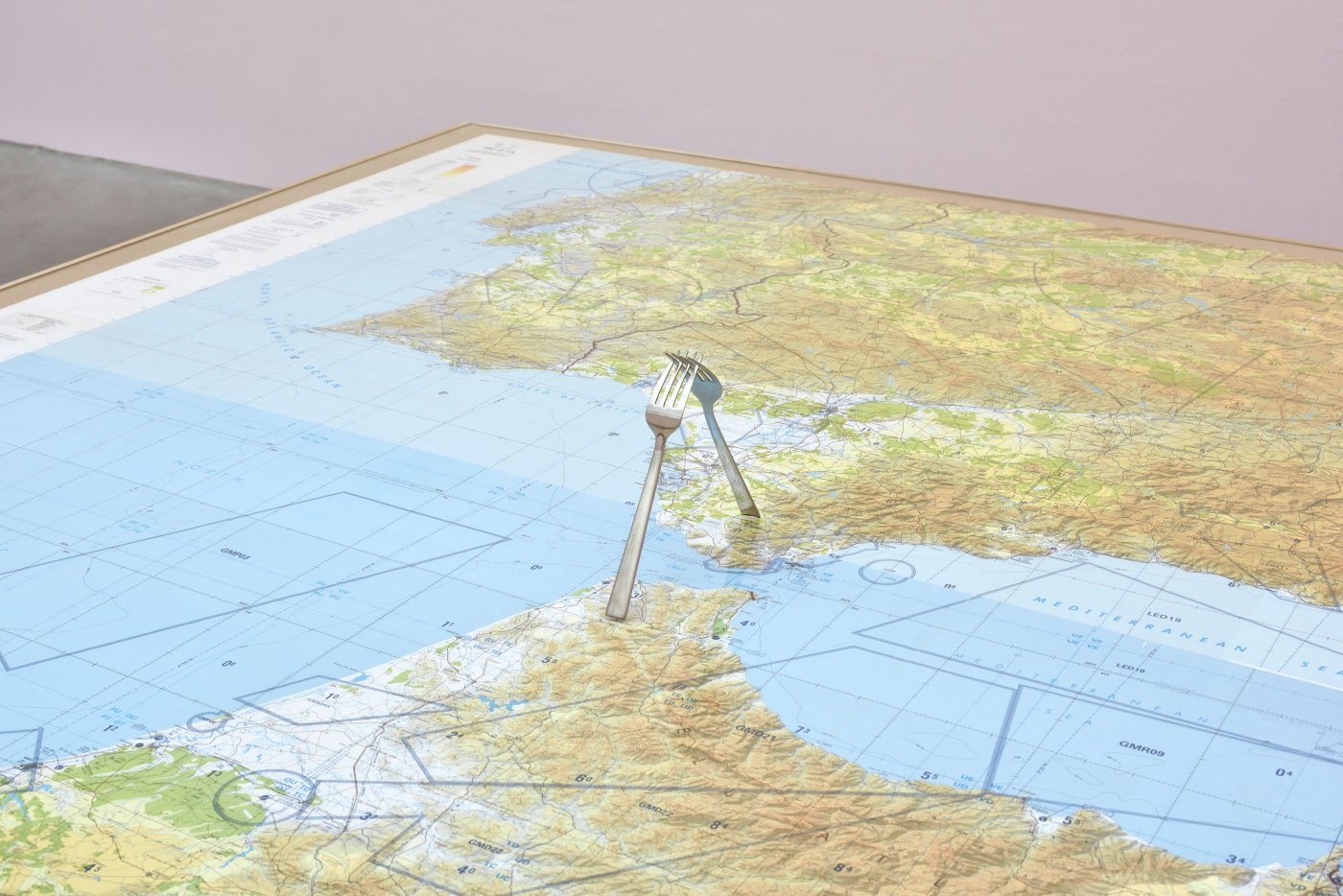 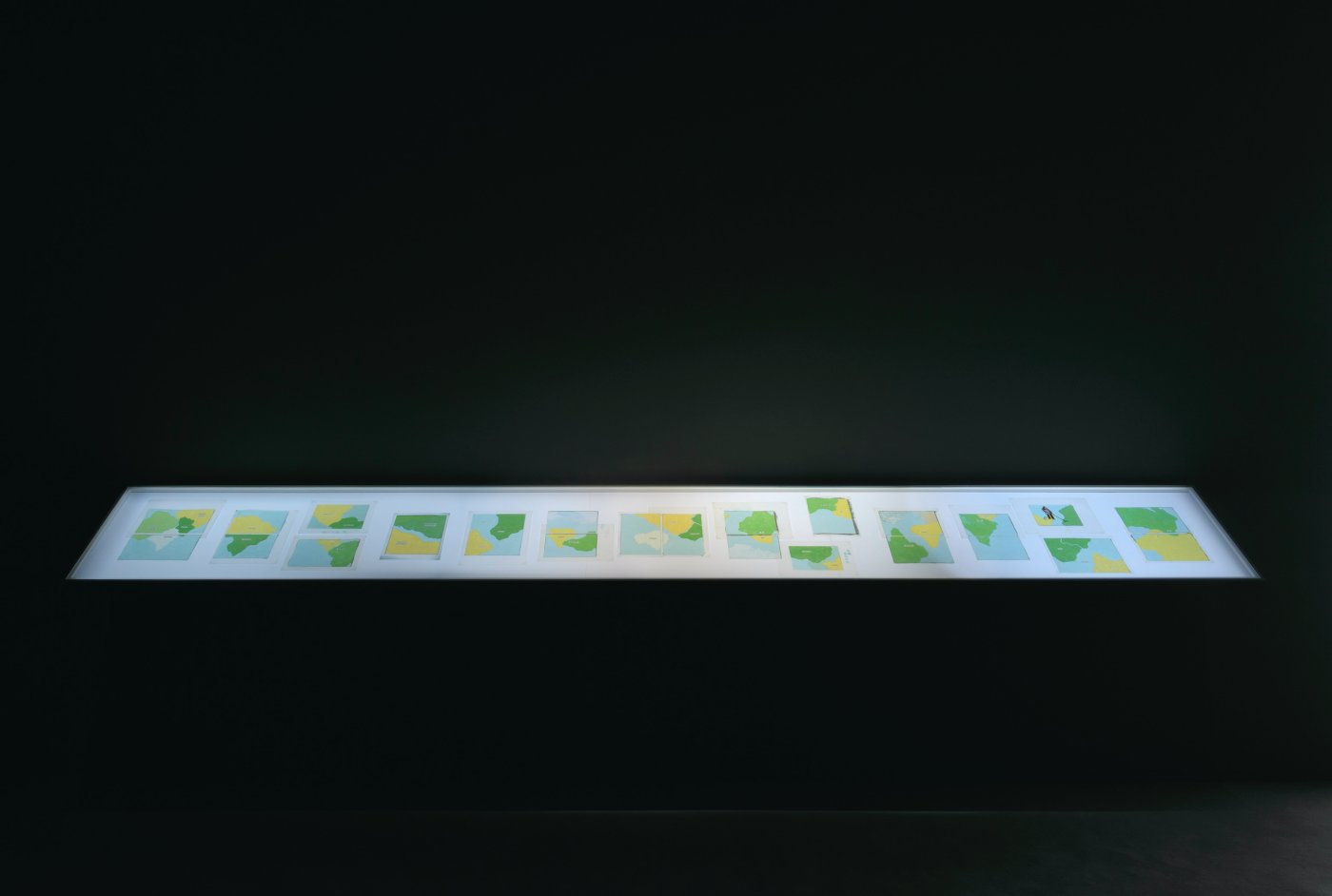 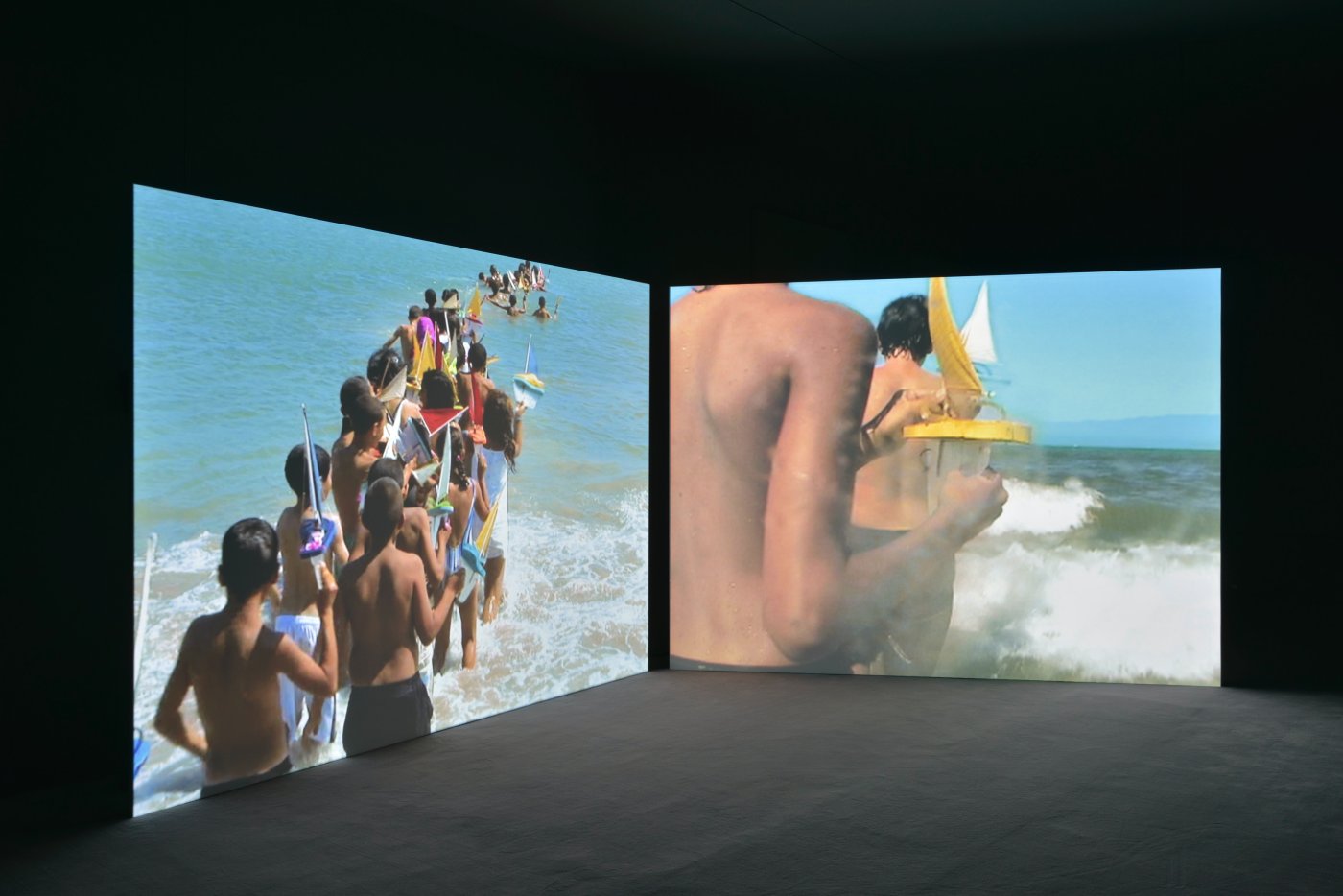 Alÿs is known for his in-depth projects in a wide range of media, including documentary film, painting, photography, performance, and video. Through his practice, Alÿs consistently directs his distinct poetic and imaginative sensibility toward anthropological and geopolitical concerns centered around observations of, and engagements with, everyday life. The artist himself has described his work as “a sort of discursive argument composed of episodes, metaphors, or parables.”

Since 2004, the artist has shifted his attention to the inherent sociopolitical conflict in border regions, making works in interstitial locales such as the Strait of Gibraltar, Jerusalem, the Turkish-Armenian border, the open water between Havana and Key West, Florida, and the Panama Canal Zone. Don’t Cross the Bridge Before You Get to the River is a prime example of Alÿs’s tenet that the poetic and the political are intimately connected. Here, Alÿs again examines geographical and philosophical notions of borders as well as larger issues concerning freedom of movement. Alÿs prepared for this action, which is documented in a two-channel video, over the course of many years. All videos included in this exhibition were created in collaboration with Julien Devaux, Ivan Boccara, Rafael Ortega and Felix Blume. On the appointed day, a line of local children, each holding a small boat fashioned from a shoe, assembled on the beach in Tarifa and a counterpart line of children holding shoe-boats gathered on the beach in Tangier. Attempting to bridge not only continents but also cultures, the two lines of giggling children waded into the lapping waves, trying to move toward each other, while the tide relentlessly pulls them back to the shore, in an effort to answer the question posed by Alÿs: “Will the two lines meet in the chimera of the horizon?”

In addition to the video documentation, Alÿs created an important group of paintings, drawings, and sculptures. Made on site as well as in the studio, they allow the artist to experiment with similar ideas and themes in a more solitary and introspective way. The paintings allow the artist to stay connected to the project throughout the different stages of the process, often over the course of several years. Alÿs also uses image as his main communication system in order to express and explain his intentions to his collaborators. Throughout his practice, Alÿs has utilized a combination of abstract and realist motifs in his paintings in order to address the inherent difficulty of representing complex concepts directly.

This exhibition marks the debut of this significant body of work in France. Previously, Don’t Cross the Bridge Before You Get to the River has been presented in varying iterations at a range of institutional venues worldwide, including at the Arts in Marrakech Biennale 2009; the 11th Sharjah Biennial (2013); as part of the artist’s major solo exhibition A Story of Negotiation, which traveled to Museo Tamayo Arte Contemporáneo, Mexico City (2015), Museo de Arte Latinoamericano de Buenos Aires (MALBA) – Fundación Costantini, Buenos Aires (2015–2016), Museo Nacional de Bellas Artes de la Habana, Havana (2016), and Art Gallery of Ontario, Toronto (2016–2017); La Triennale di Milano, Milan (2017); and, most recently, this body of work was represented in solo shows at Art Sonje Center, Seoul (2018), and Tai Kwun Centre for Heritage and Art, Hong Kong (2020–2021).

Born in 1959 in Antwerp, Belgium, Francis Alÿs originally trained as an architect. He moved to Mexico City in 1986, where he continues to live and work, and it was the confrontation with issues of urbanization and social unrest in his new country of adoption that inspired his decision to become a visual artist.

In 2022, Alÿs will represent Belgium at the Venice Biennale. Francis Alÿs: Salam Tristesse is currently on view at Fragmentos, Espacio de Arte y Memoria, Bogotá, Colombia, through 30 May 2021. Also in 2021, the Musée cantonal des Beaux-Arts, Lausanne, Switzerland, will present Francis Alÿs: As Long as I’m Walking. A solo exhibition, Wet Feet_dry feet: borders and games opened at Tai Kwun Centre for Heritage and Art, Hong Kong in 2020. In 2019 to 2020, solo shows were on view at the Musée d’art contemporain de Montréal, as part of the 16th edition of the MOMENTA | Biennale de l’image, and the Eye Filmmuseum in Amsterdam.

In 2018, solo exhibitions of Alÿs’s work were held at the Art Sonje Center in Seoul; KANAL – Centre Pompidou in Brussels; and Rockbund Art Museum in Shanghai. In 2017, the artist unveiled new work at the Iraqi Pavilion at the 57th Venice Biennale, resulting from his recent trips to the country. Additionally, a major solo museum exhibition, A Story of Negotiation, featuring the artist’s three projects Don’t Cross the Bridge Before You Get to the River, Tornado, and REEL-UNREEL, was presented at the Art Gallery of Ontario in Toronto. The show was first exhibited at the Museo Tamayo Arte Contemporáneo in Mexico City in 2015, followed by the Museo de Arte Latinoamericano de Buenos Aires (MALBA) – Fundación Costantini in Buenos Aires and Museo Nacional de Bellas Artes de la Habana in Havana.

In 2014, Alÿs’s video REEL-UNREEL, which depicts a street game played by local children in Kabul, Afghanistan, was on view alongside related drawings, paintings, and research materials at Museo d’Arte Contemporanea Donna Regina Napoli, Naples. The exhibition traveled later in the year to the Centre for Contemporary Art Ujazdowski Castle, Warsaw. REEL-UNREEL was produced in 2012 for documenta 13, where a selection of paintings was installed in a former bakery in Kassel’s city center and the video was screened at a satellite venue in Kabul.

The artist’s work was the subject of a major survey, A Story of Deception, which was on view from 2010 to 2011 at Tate Modern, London; Wiels Centre d’Art Contemporain, Brussels; and The Museum of Modern Art, New York, and MoMA PS1, Long Island City, New York. Alÿs has additionally had several solo exhibitions at prominent venues, including the Museum of Contemporary Art, Tokyo (traveled to the Hiroshima City Museum of Contemporary Art, both 2013); Irish Museum of Modern Art, Dublin (2010); The Renaissance Society at the University of Chicago (2008); Hammer Museum, Los Angeles (2007); Hirshhorn Museum and Sculpture Garden, Washington, DC (2006); and Portikus, Frankfurt (2006).