The powers have to be consulted again directly—again, again and again.
Our primary task is to learn, not so much what they are said to have said,
as to how to approach them, evoke fresh speech from them, and
understand that speech. In the face of such an assignment, we must all
remain dilettantes, whether we like it or not.
—James Merrill, “The Changing Light at Sandover,” 1982

In conjunction with its global launch, the new international art venture LGDR inaugurates its Paris program with Francesco Clemente: again, again and again. This exhibition spotlights Francesco Clemente’s mystical approach to the physical world and masterful engagement with painterly expression that have garnered the artist acclaim throughout his six-decade career. 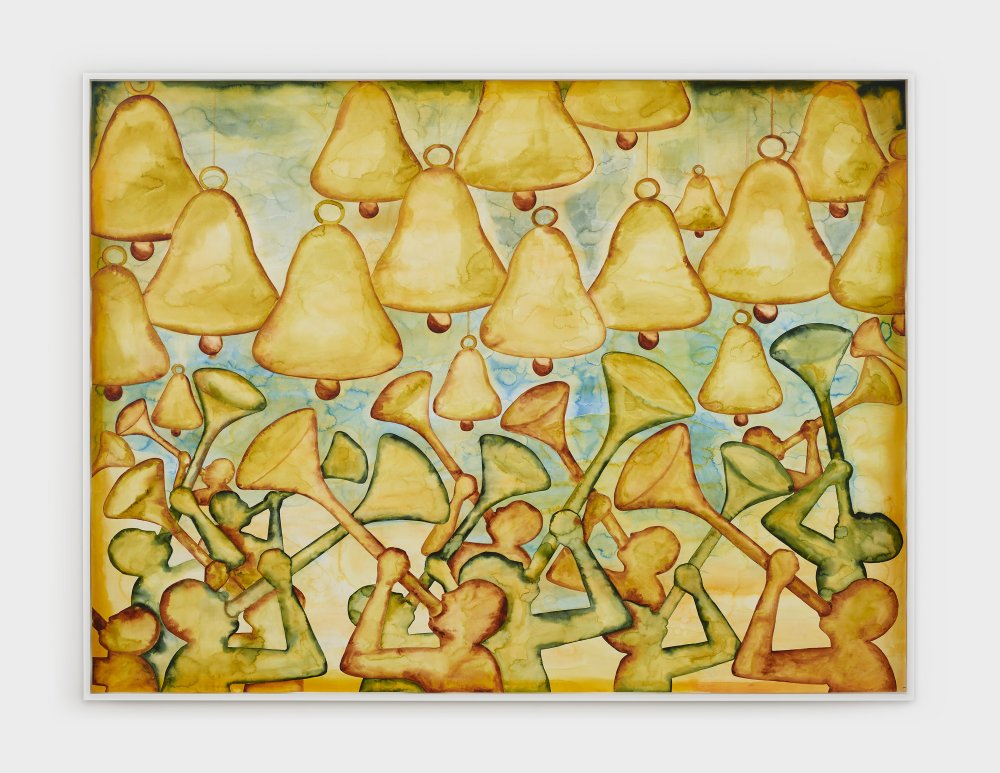 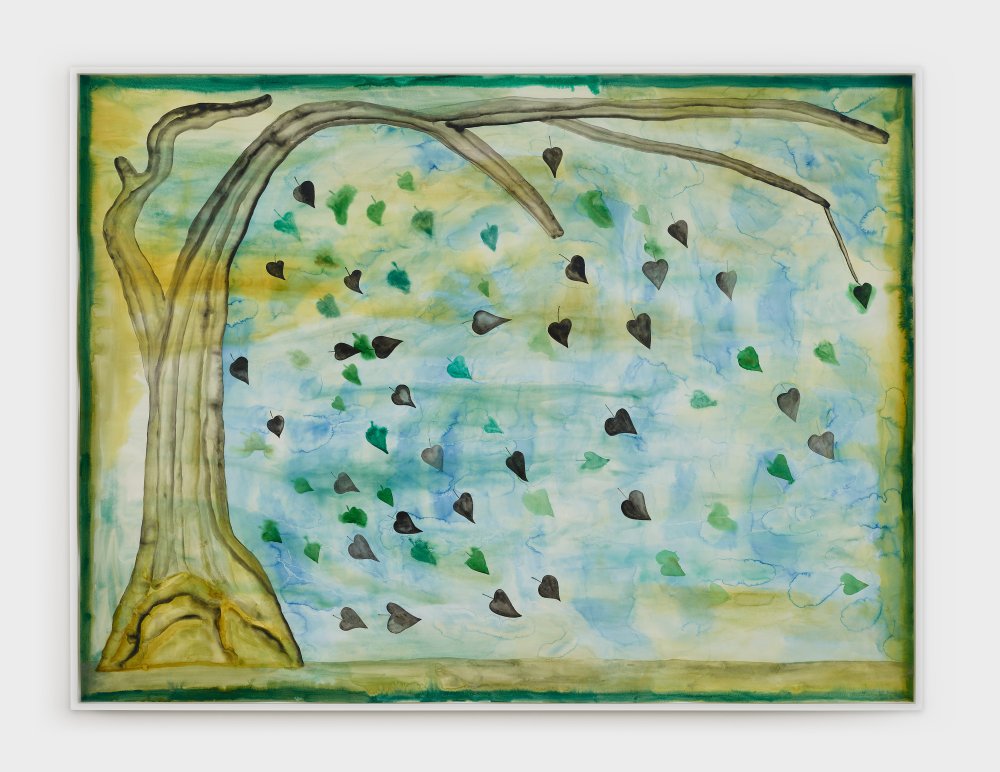 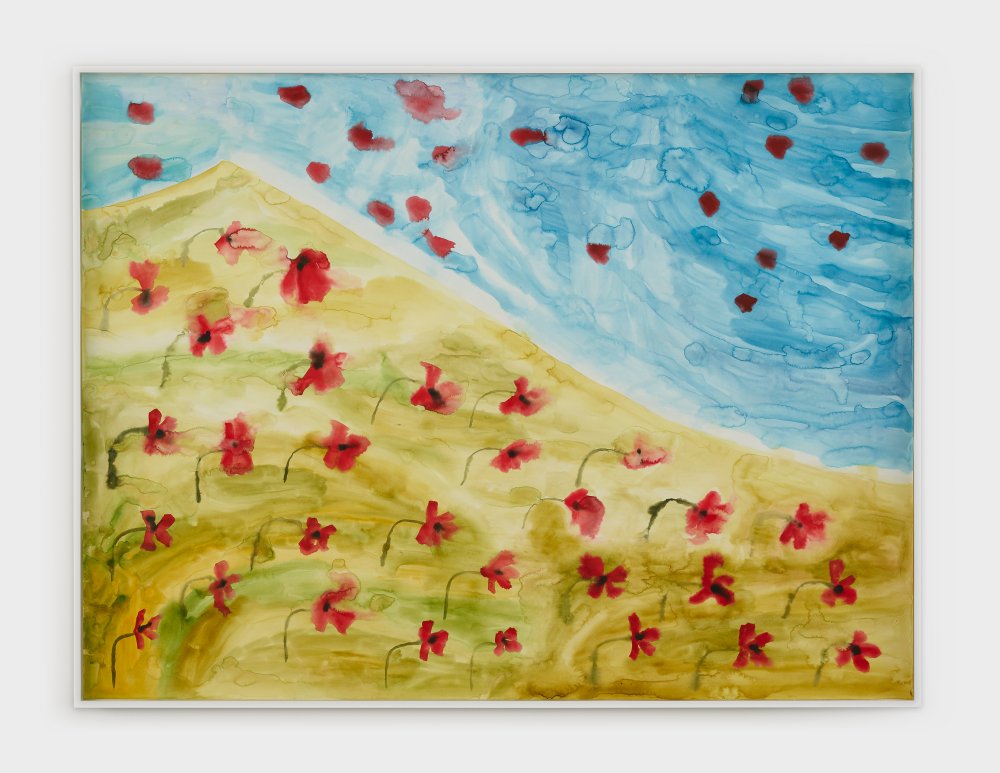 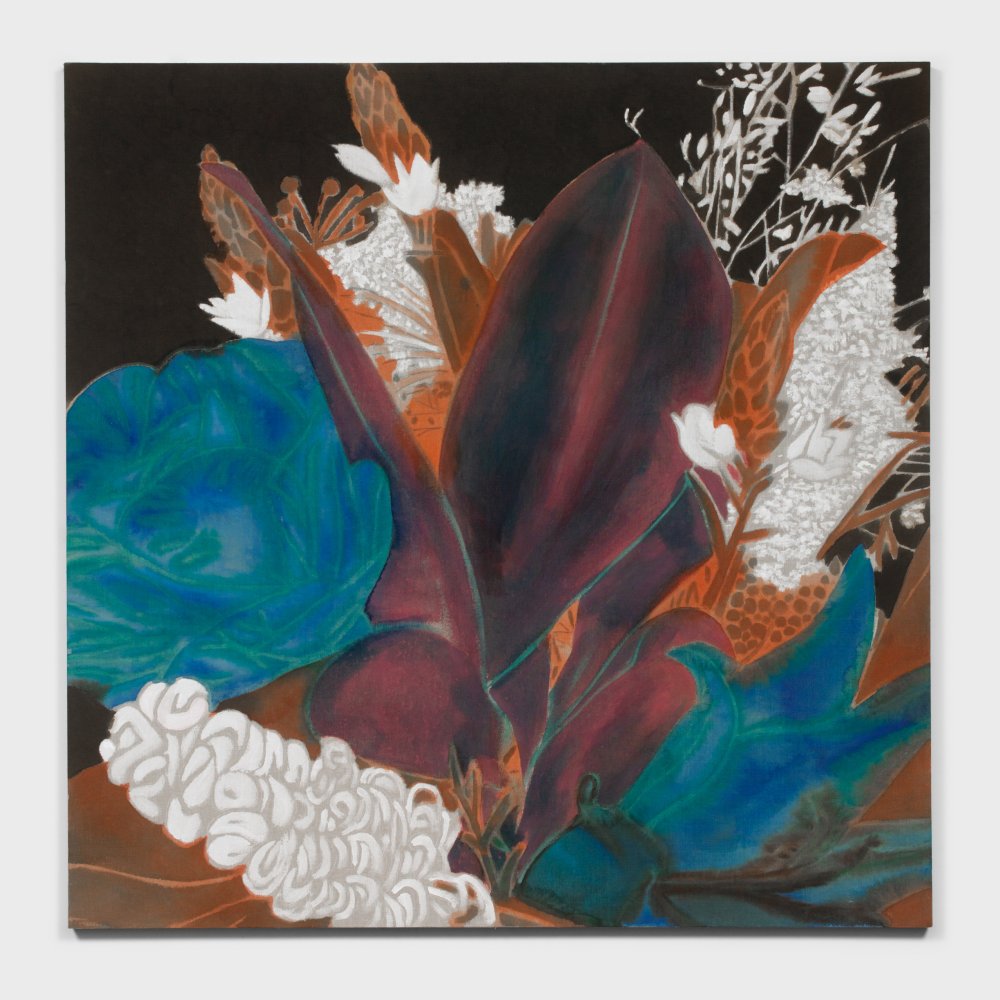 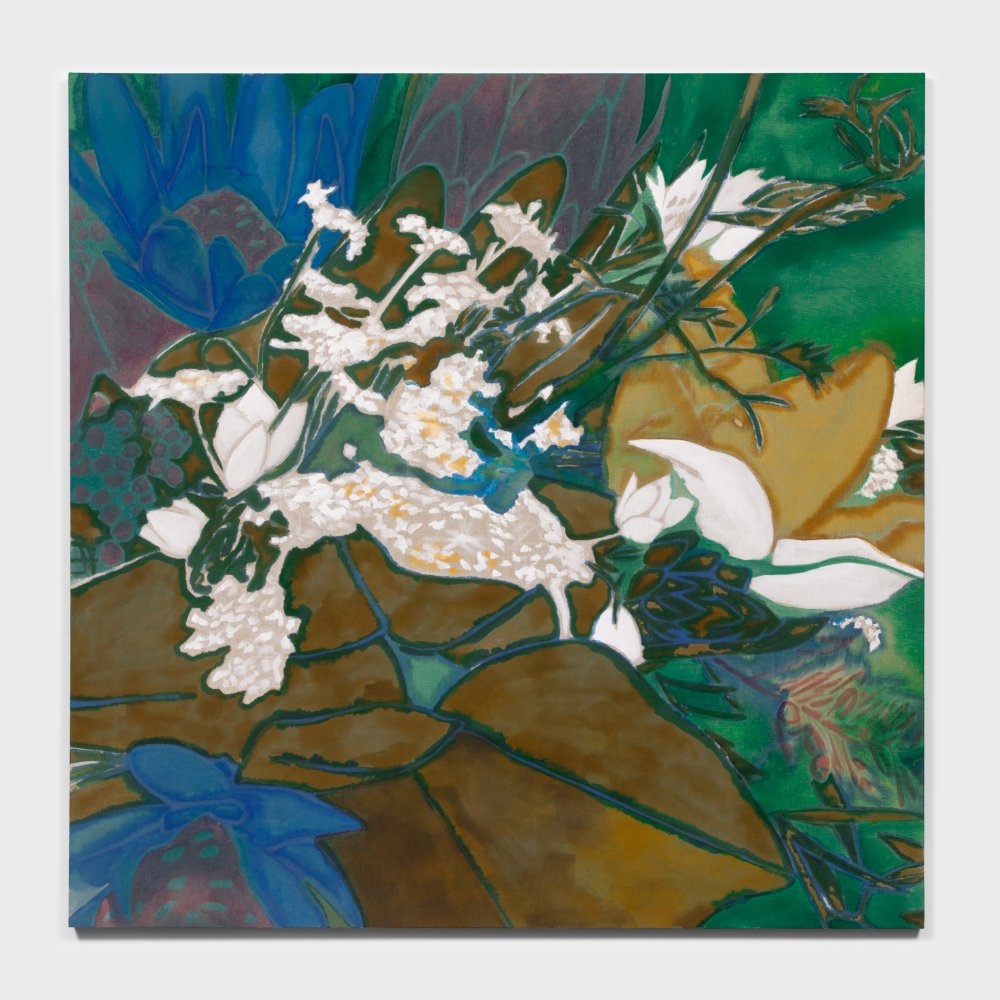 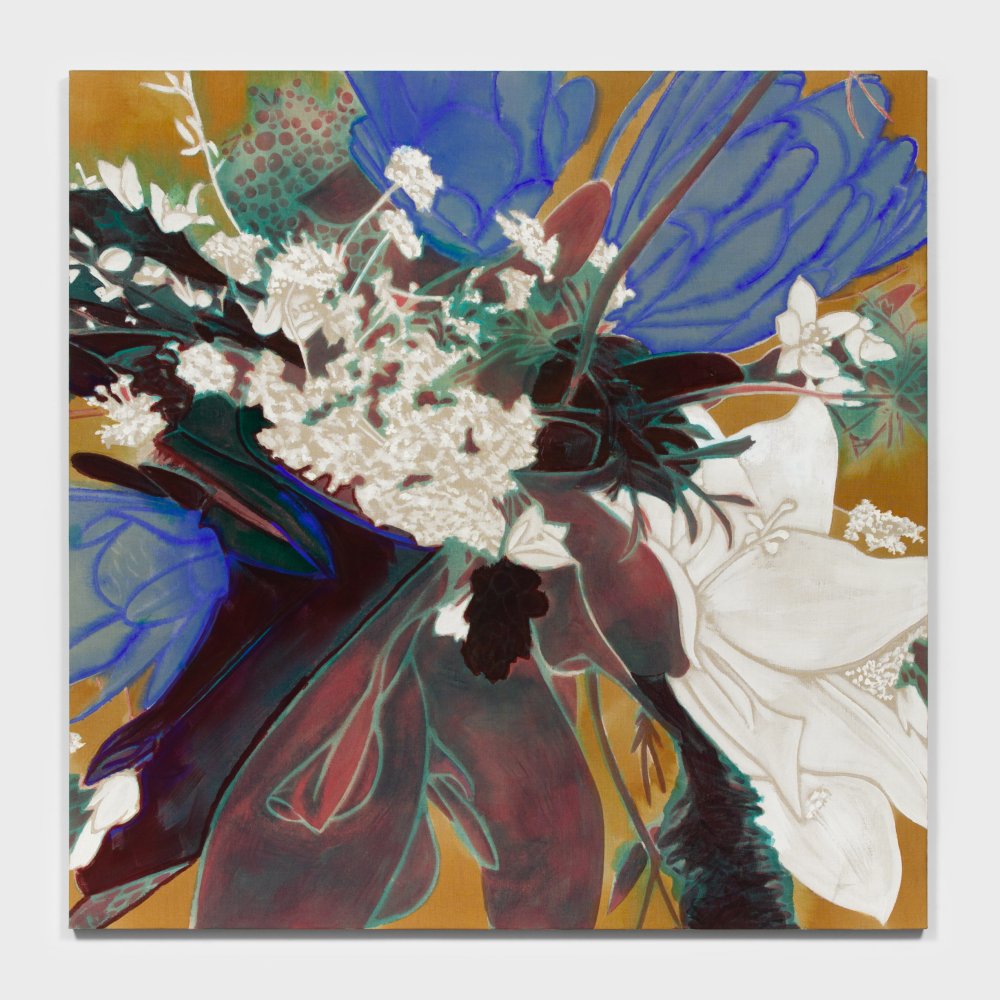 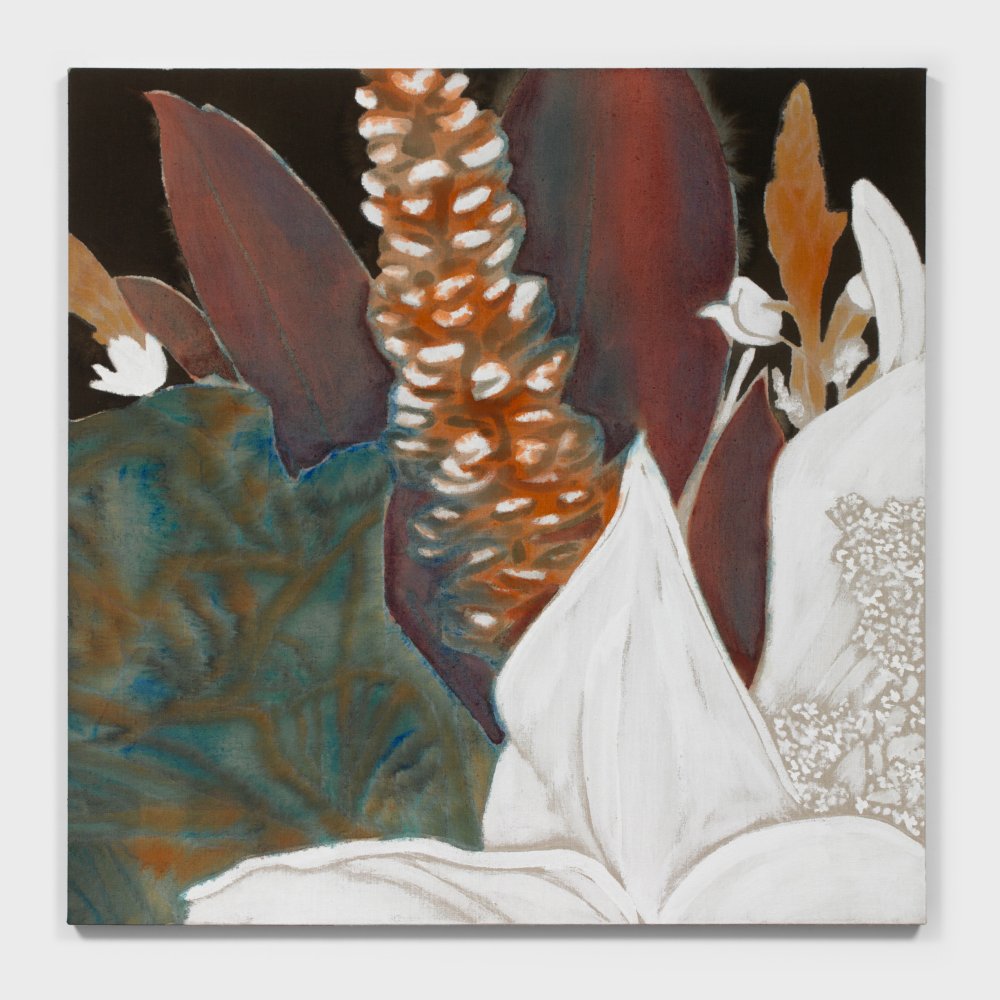 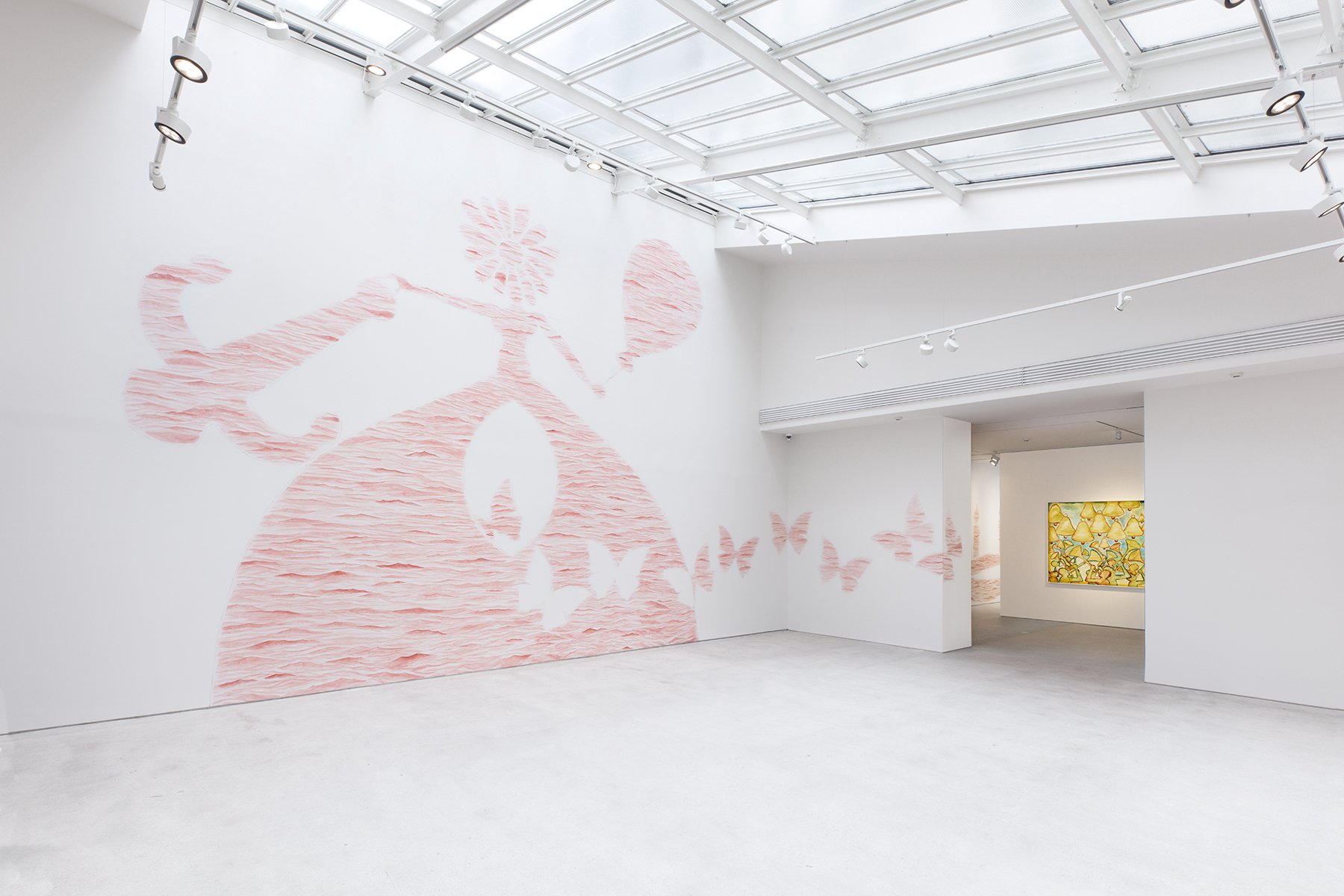 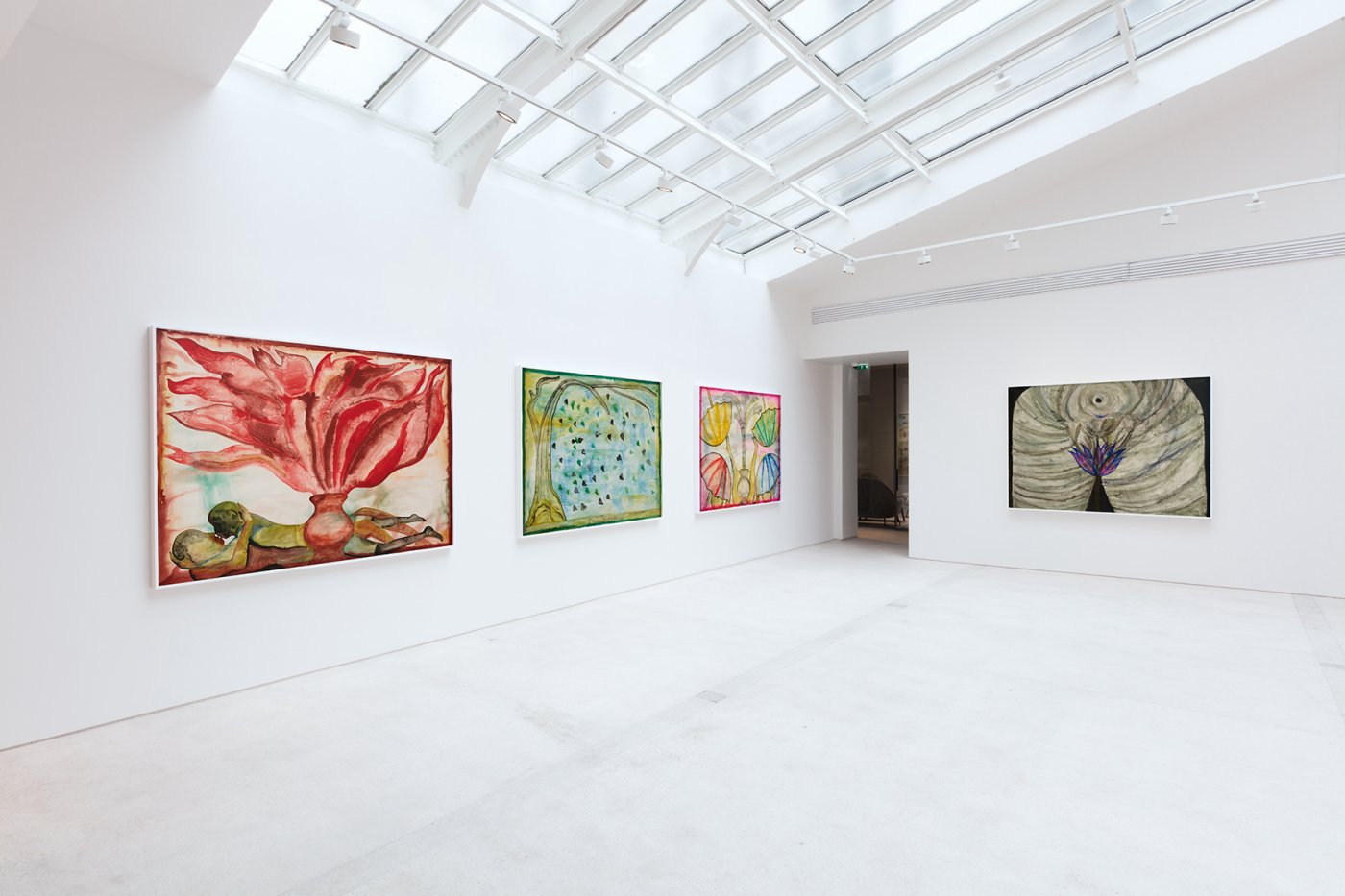 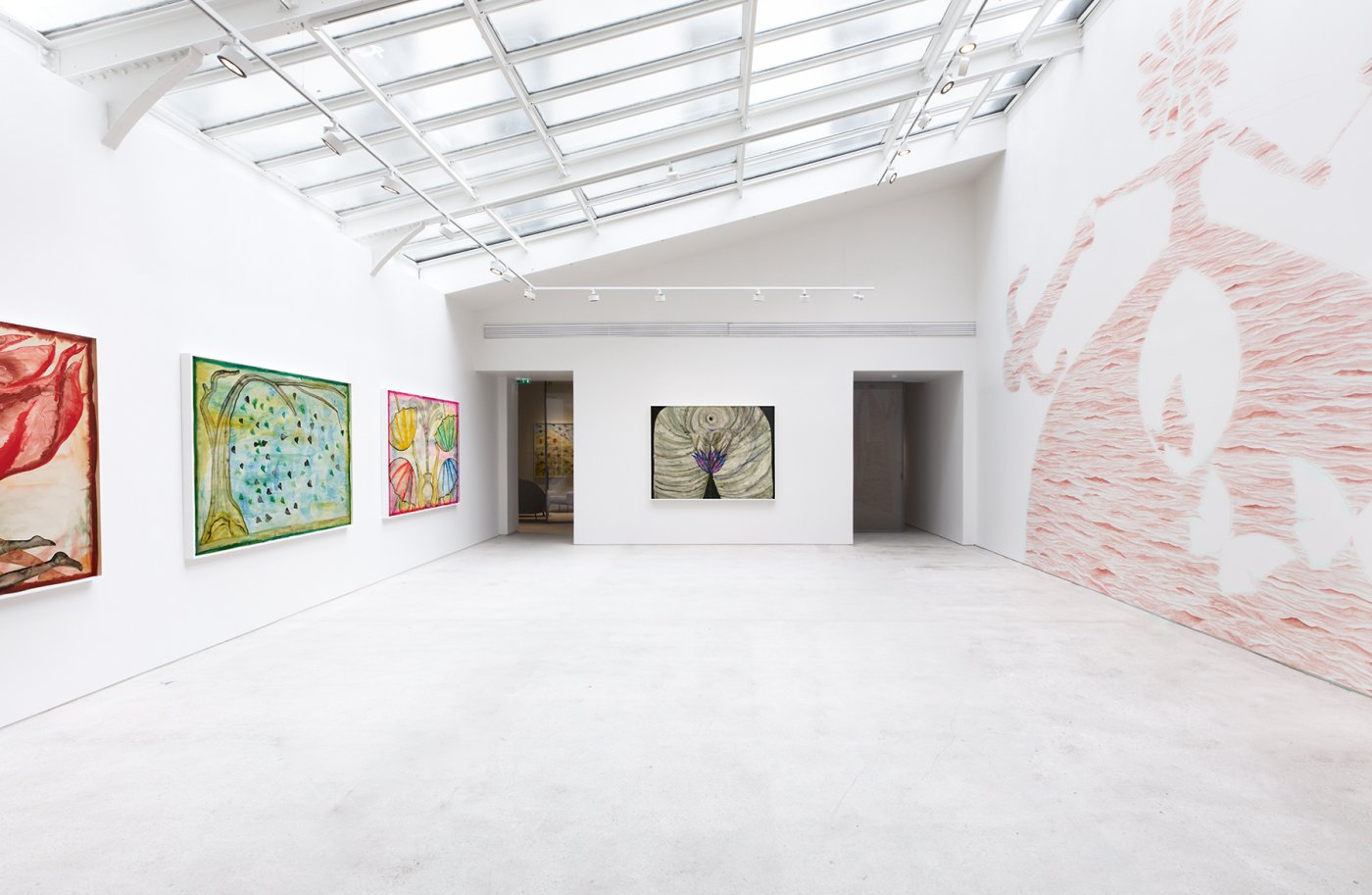 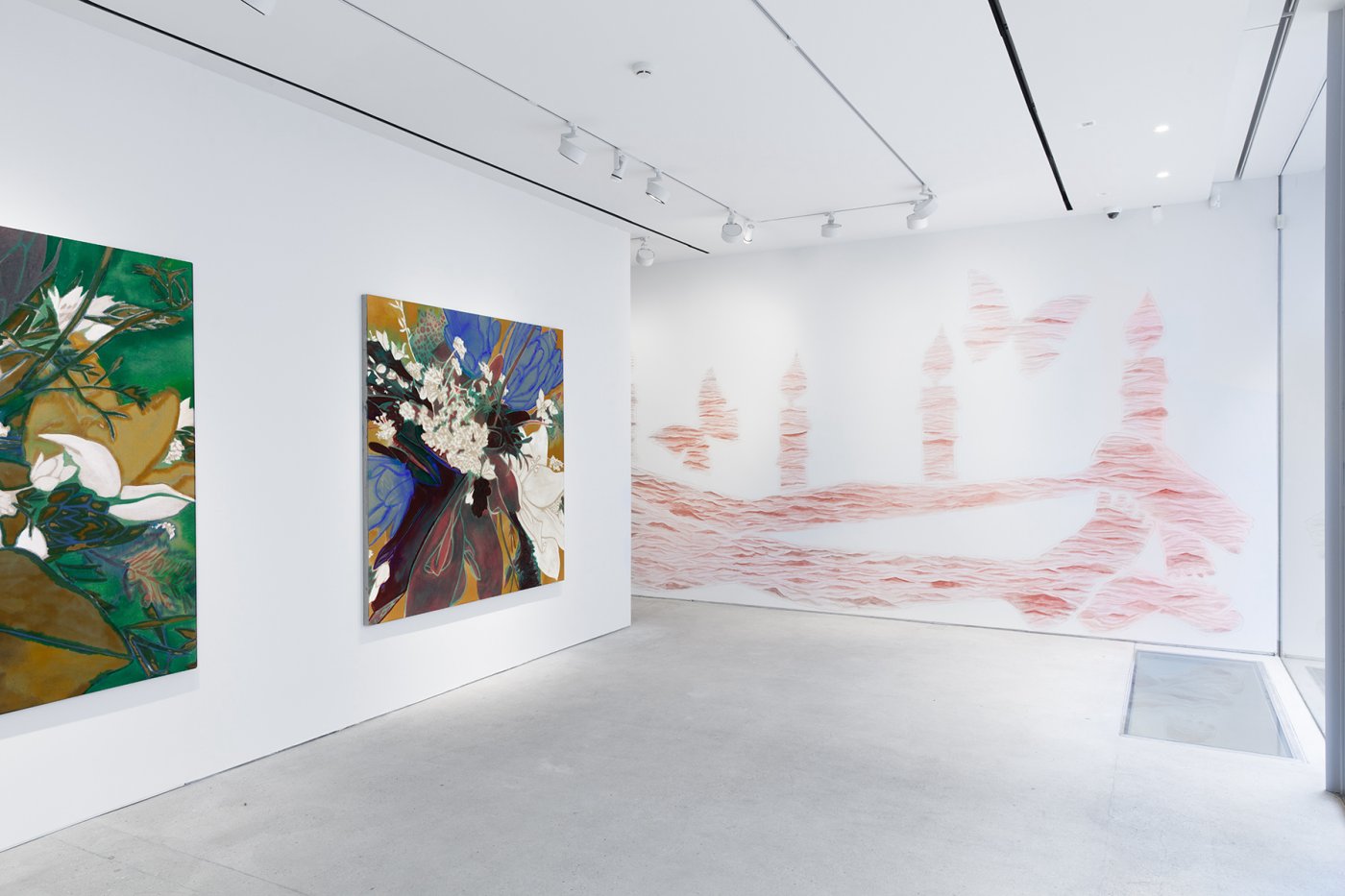 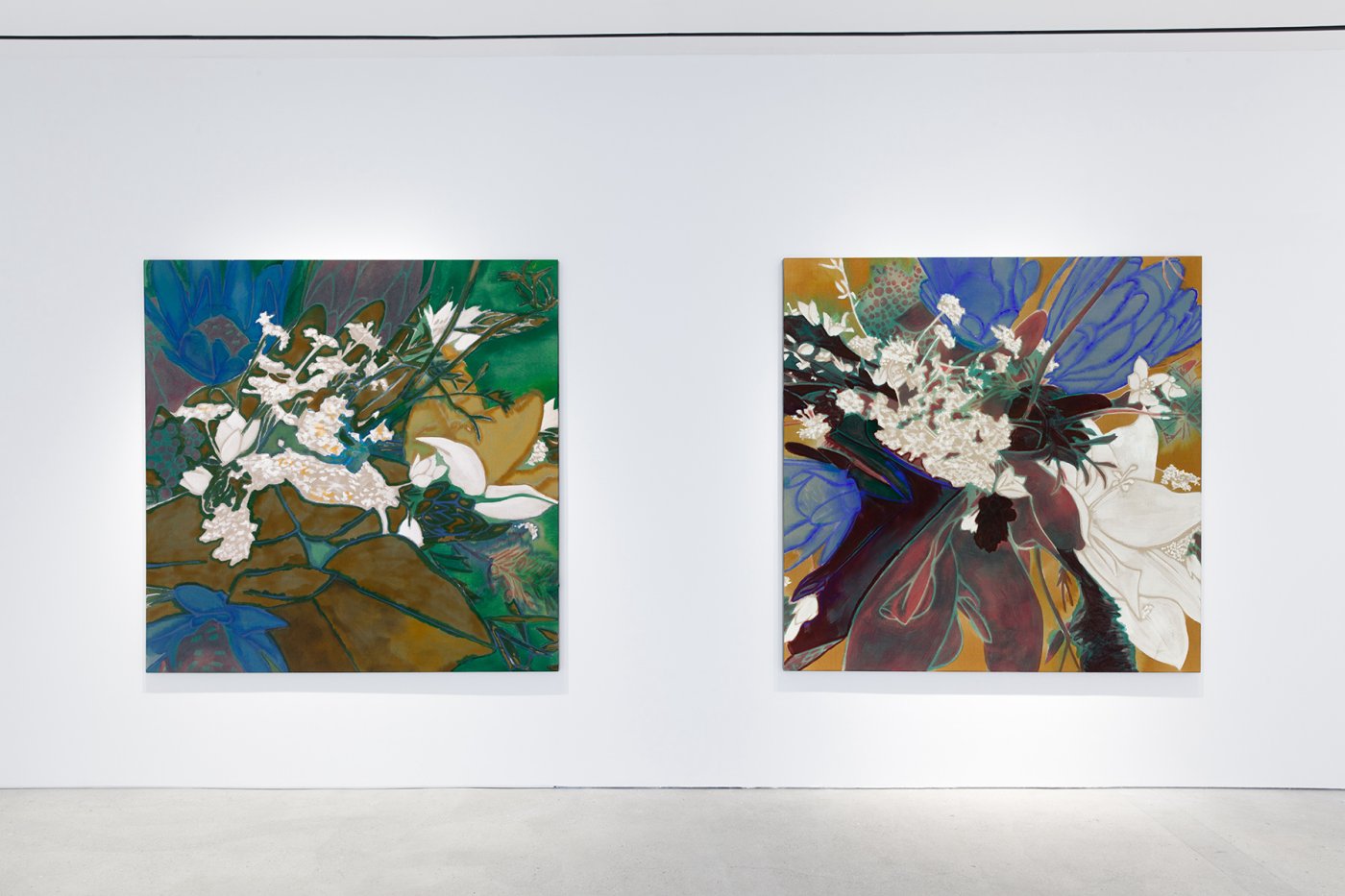 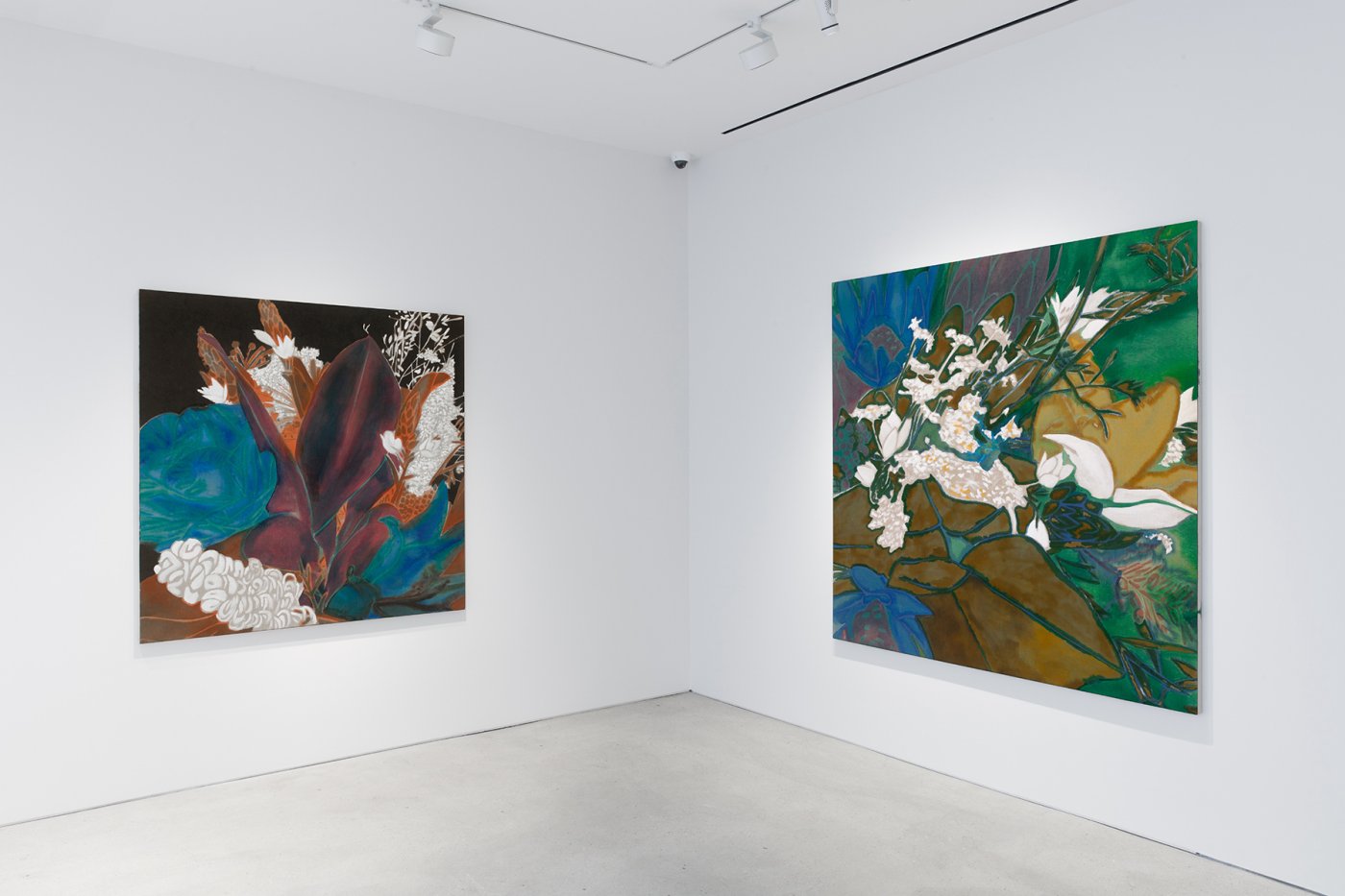 With his presentation, Clemente reflects on the dichotomy between permanence and impermanence in both art and nature. Across one room, within a temporary wall drawing, he will install five watercolors that comprise his Five Elements series, which eternalizes the Tantric elements of earth, water, fire, air, and space-sound. In another room, Clemente will debut recently completed large-scale canvases from his ongoing Winter Flowers series, which ponders the exquisite ephemerality of flowers as analogues for universal experiences.

Immortalizing the mortal, mutating the immutable, Clemente probes the nature of existence and representation with these distinct bodies of work.

Both the medium and content of Clemente’s installations at LGDR manifest his interest in material transience. A lifelong nomad, the artist has traveled through and settled in countries around the world since his first trip to India in the early 1970s, where he studied Hindu spiritual texts while learning from local craftsmen. Such cross-cultural influences—and specifically ancient cosmological symbolism—are apparent in his exhibition at LGDR. Evoking eternal change and biological cycles, his Five Elements watercolors from 2021 visualize the five elements that constitute all matter in the Tantra traditions of India and Tibet. The wall drawing that surrounds them features ocean waves in motion, which are painted a shade that in China is called “Oxblood” and in the United States is called “Indian Red.” These fluid bleeding marks are framed by red chalk outlining figures and objects that are, in the artist’s words, “set free from the dichotomies of mechanical life.” With their biomorphic forms and natural palettes, Clemente’s works hold mortality and immortality in the balance.

Clemente’s latest compositions from his ongoing Winter Flowers series stem from similar concerns. These new paintings, created between 2016 and 2022, are based on flower arrangements that the artist’s wife, Alba Primiceri, culled from public parks and flowerbeds one winter and placed in Clemente’s New York studio. The artist became preoccupied with the persistence of such flora weathering the cold. With precisely selected plant and vegetable pigments, the artist conceived these works slowly, in several phrases. Infused with a sense of introspection and deliberation, each canvas overflows with larger-than-life petals in a delicate array of colors and textures. While recalling the vanitas painting tradition in which flowers symbolize corporeal transience, Clemente’s Winter Flowers works also affirm the enduring power of fleeting beauty that art arrests.

Clemente first embraced organic motifs and earthly scenes during an era when such figuration was not in vogue. Viewers in Rome (where the Naples-born artist studied architecture and mounted his first solo show in the 1970s) and New York (where he relocated in the 1980s) were habituated to the dramatic colors of Abstract Expressionism, the explosive imagery of Pop art, the avant-garde installations of Arte Povera, and the formidable ideas of Conceptual art. By contrast, Clemente disregarded the conventions of the new. His paintings are subtle in hue, sensual in form, and meditative in tenor; they require sustained observation to register their luminescence.

Introducing such nuanced portrayals to the late 20th-century canon, Clemente refocused the public’s eye on a more transcendent visual landscape.

Since the onset of his career, Clemente has set hurdles for his practice to overcome, whether by embracing a marginalized mode of expression; or by wrestling with a challenging technique; or by creating an installation that is simultaneously perpetual and evanescent. Indeed, while his Five Elements watercolors at LGDR are durable objects, they are mounted within a wall drawing that will be executed in paint only to be erased at the exhibition’s conclusion. With these formal choices, Clemente at once destabilizes and strengthens the indelibility of representation. As the artist writes, “Images must be memorable without becoming dogmas. They must maintain a sense of vulnerability and impermanence. … Iconography must be constantly undermined and explored anew to maintain its freshness and authenticity.” Clemente continues this pursuit with Francesco Clemente: again, again and again, an exhibition that exemplifies how LGDR will present visionary practices with its program at large.