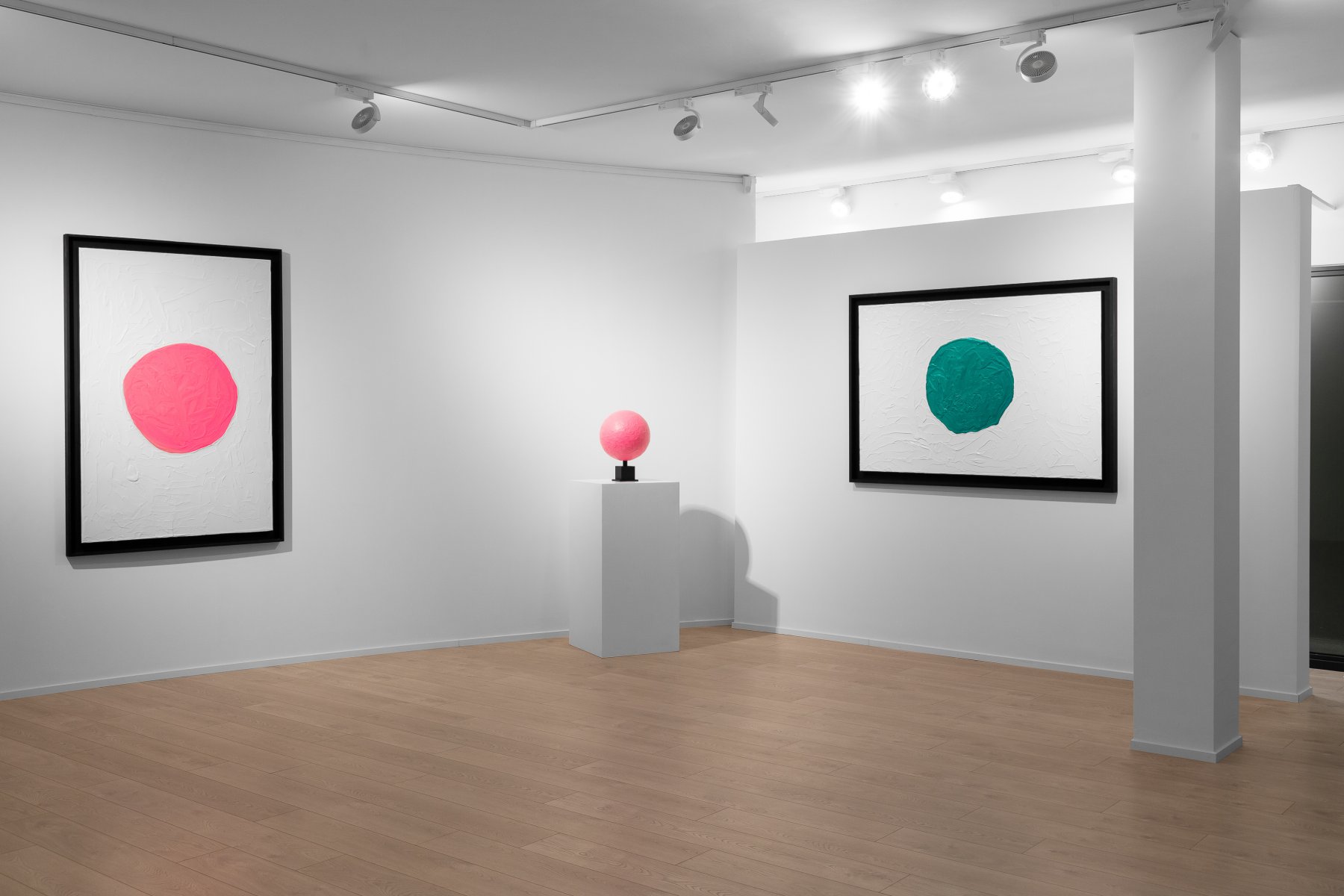 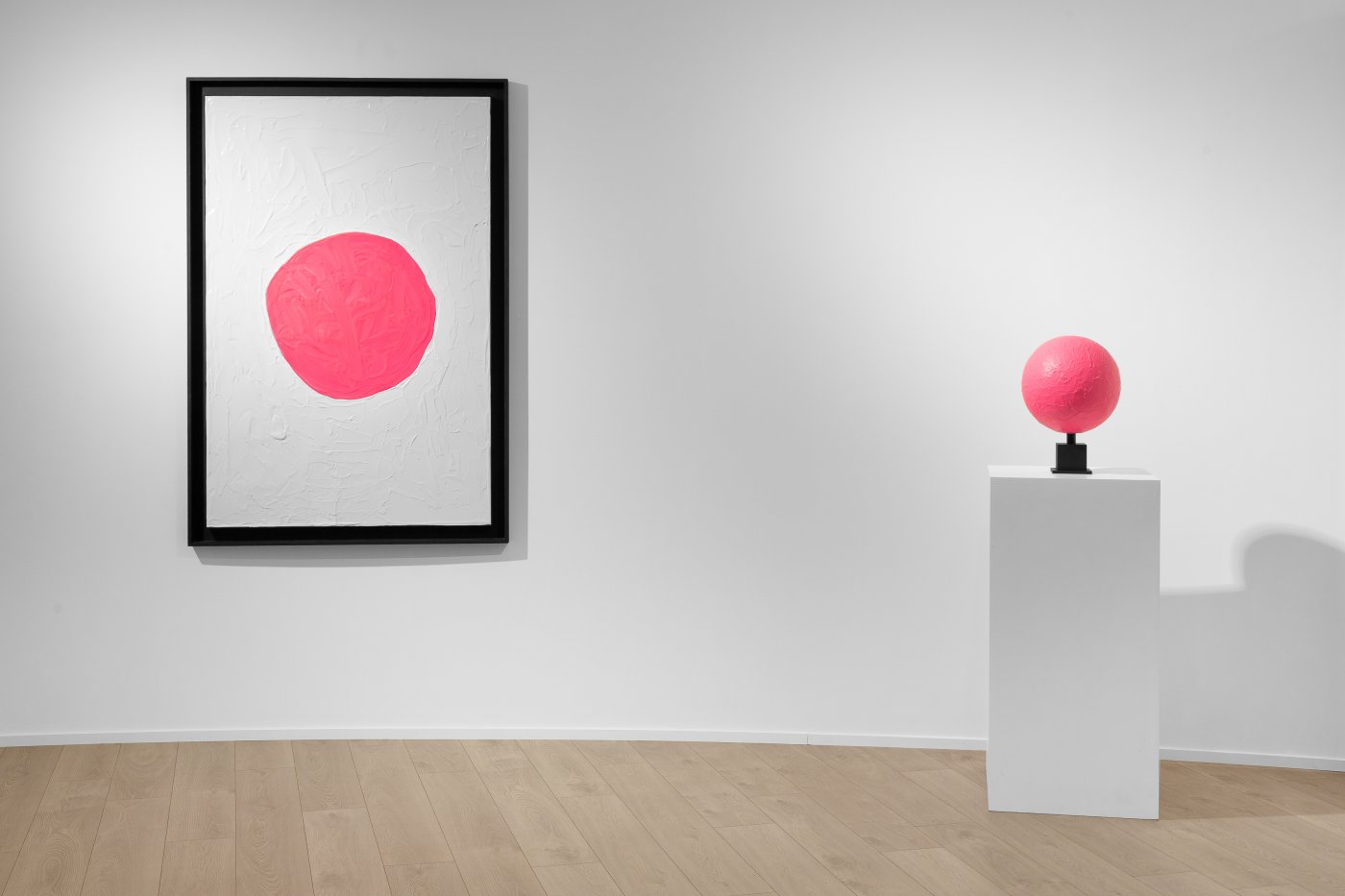 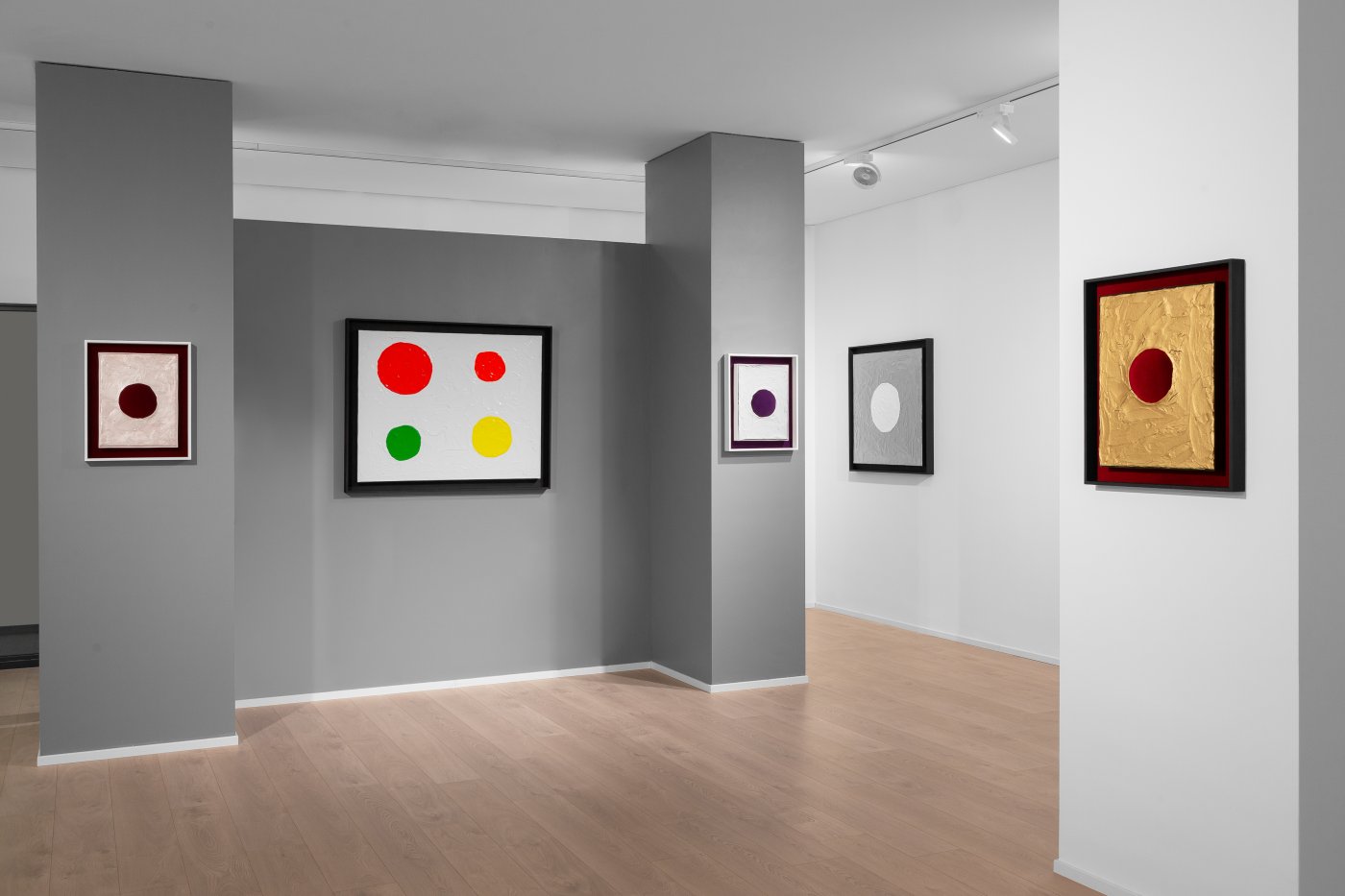 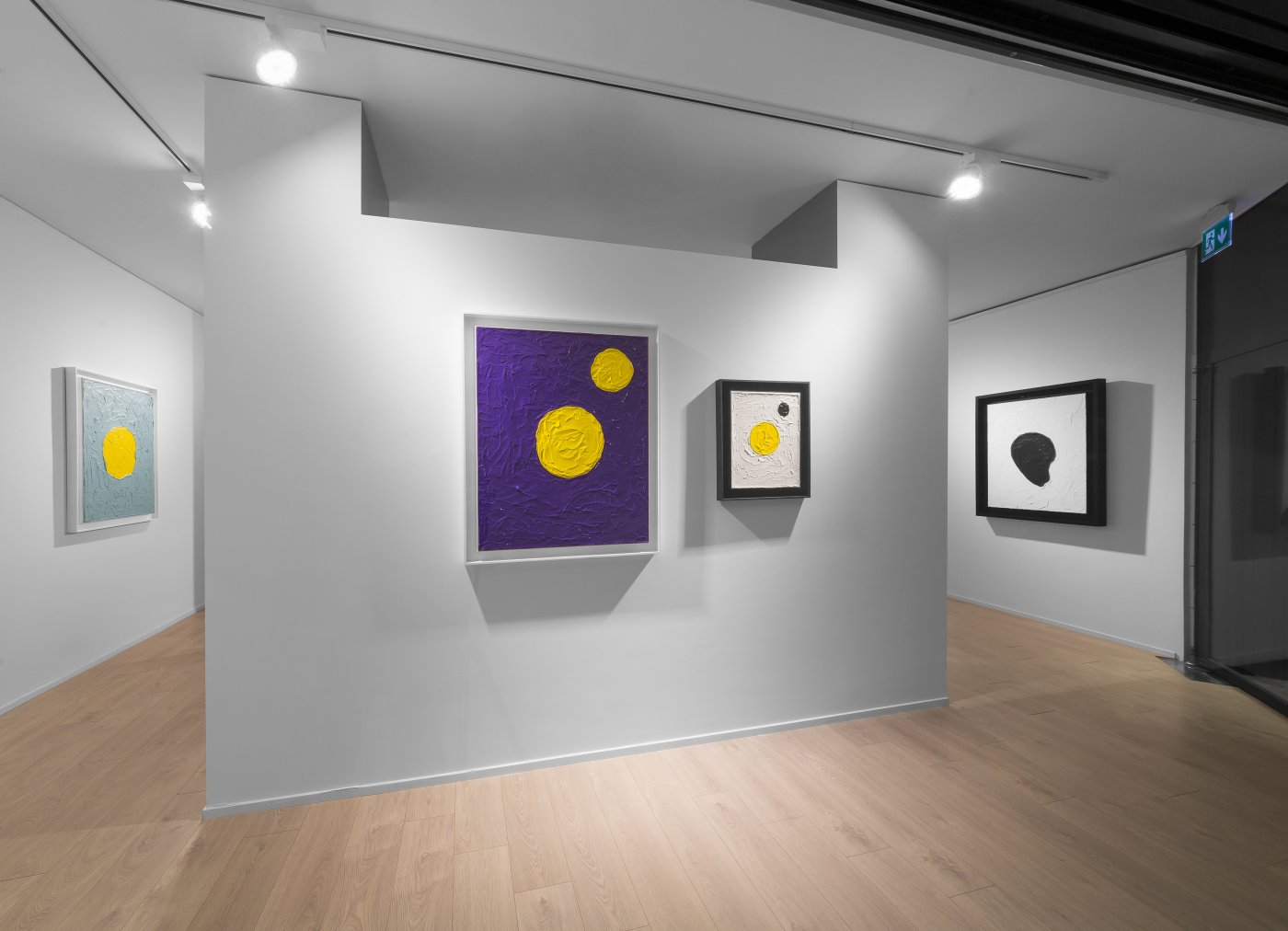 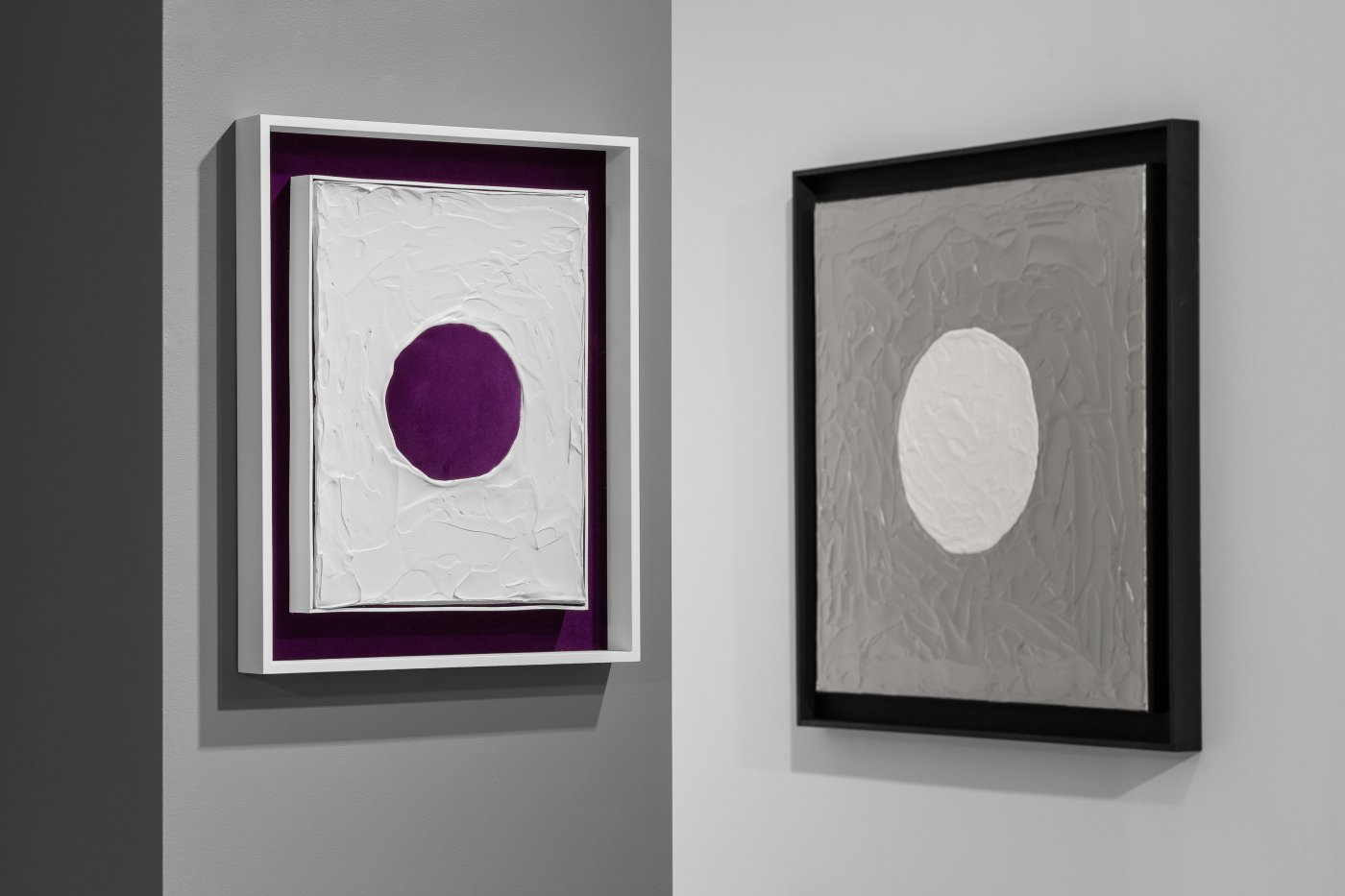 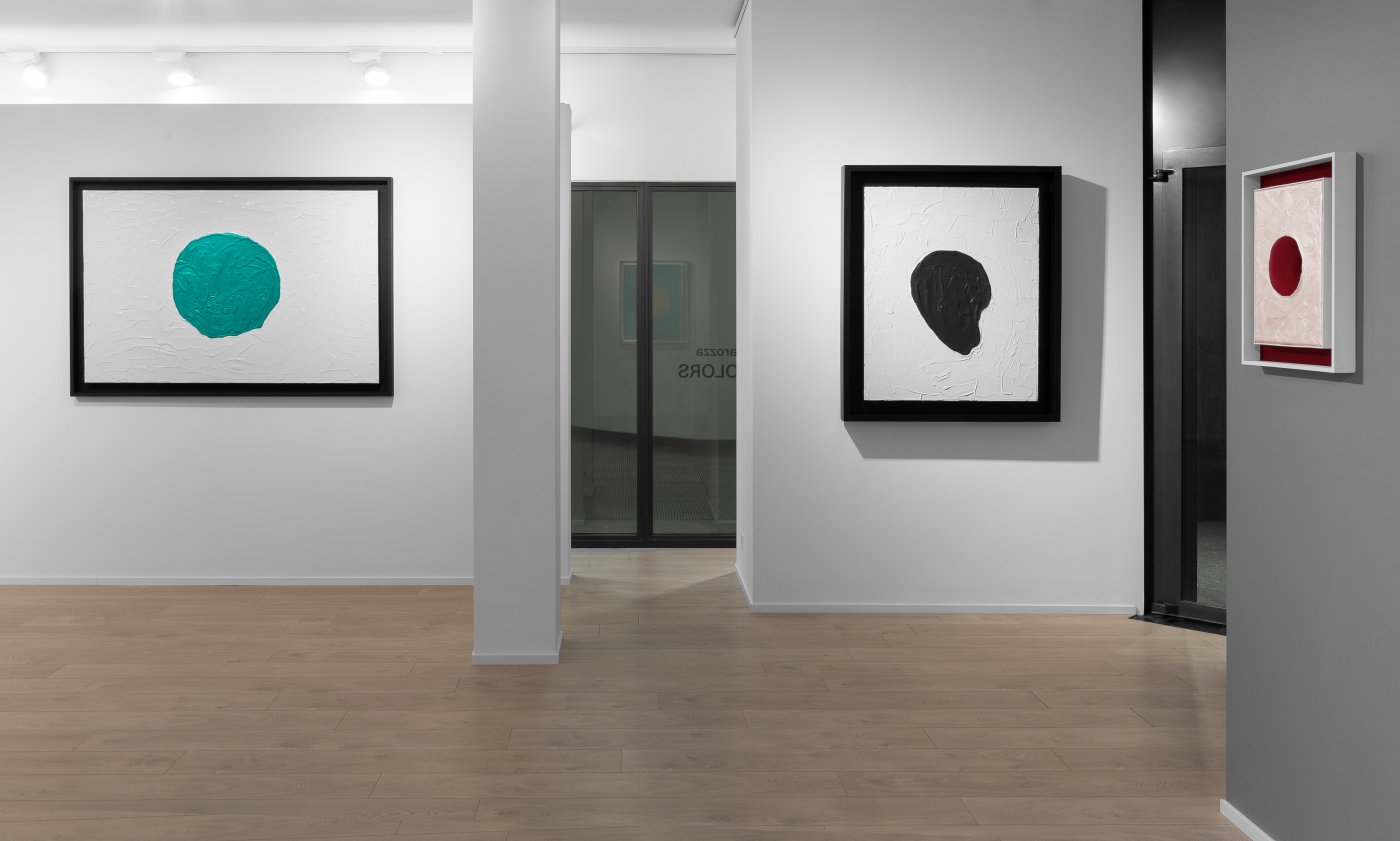 With their incisive and vital surfaces and almost sculptural deployment, the pure strength of Francesco Carozza’s paintings urges the viewer to delve into the mechanisms of painting, to confront its stratification and rarefaction, how matter comes together and falls apart.

In 2018, at his Galleria Seno Onirico exhibition in Milan, Francesco Carozza exhibited the incipit of his production. Shaping Colors from 2021 brings us his coherent evolution, the artist achieving new outcomes through an almost obsessive study of the trinomial matter/form/color in its various repetitions and variations.

So, the artist experiments here with new color combinations, contrasting and impetuous combos of purple/silver; gold/black; red/green; purple/yellow, alluding to a world familiar from the American Pop Art and advertising world. He marks out irregular black gaps in white monochromatic fields, as in his 2018 work Onirico 0, which opens the exhibition, viscerally recalling a Dadamaino Volume. But where Dadamaino breaks through the surface with perforations, Carozza does so by superimposing pure color matter. In its tangible reality, the body of the painting overcomes the two-dimensionality of the canvas, becoming a meteoritic form that moves through a monochromatic universe. This is equally true of the two large paintings with a pink and green circle against a white background that dominate the Cortesi Gallery’s space, magnetically attracting our gaze. The paintings’ constituent elements become emancipated from their mounts, morphing into autonomous form.

One example is the Onirico 00 sculpture on display, one of the artist’s most recent creations, a shocking pink sphere of pure color. A product of fluid gesture, its pictorial surfaces vibrate in slow, continuous perpetual motion, its movement highlighted by choosing the shape of a circle, albeit one with irregular boundaries. As Wassily Kandinsky noted in Concerning the Spiritual in Art (1910), this geometric figure graphically represents the infinite, a continuous becoming: a snake eating its own tail (in antiquity, Ouroboros), it symbolizes eternal movement and continuous regeneration of the universe. But if choosing a circle is formally linked with research from early Abstractionism and, conceptually, to the Italian post-war period, its multiplication in the artist’s works Onirico 1, Onirico HCL and Onirico 3 rekindles a dialogue with more contemporary Dots à la Yayoi Kusama or Damien Hirst’s Spots.

In all of his works, Francesco Carozza exploits the potential of acrylic paint, its saturated, viscous materiality. He lays it down copiously, leaving evident traces of a controlled, fluid gesture, in a curvilinear progression with almost ritual savor, achieving formal results like trailblazers Jason Martin and Donald Martiny. In so doing, through repetitive movement that imbues the surface with structure, Carozza combines control with chance, freeing the material to reveal its corporeal dimension.

The thick pictorial surface changes as it dries, sometimes generating “cracks” in unpredictable patterns: a clear act of homage to Alberto Burri, and to one of Carozza’s favourite artists, Lucio Fontana. His decision to use red velvet in the Onirico V compositions is, on the contrary, a tribute to Piero Manzoni, who used this fabric to frame his Achromes. Carozza’s works are imbued with art-historical memory, an imaginary constructed over the years; indeed, before becoming an artist himself, he was primarily a passionate collector. As the title of the work suggests, they predominantly refer to the artist’s unconscious, to his visionary sphere.

Indeed, his passion became an unrelenting creative urge after a “prompt to act” in a dream he had in 2018. He recalls: “I woke up in the middle of the night as if I’d seen a movie: I dreamed my paintings exactly the way I went on to make them.”

Creative initiation in dream has since antiquity been a recurrent cultural theme. Muses appeared to Hesiod in a dream on Mount Helicon to inspire his poetic talents; Vincent van Gogh drew creative lifeblood from the moments between waking and sleep, famously saying, “I dream of painting and then I paint my dream”; and such was the primary importance of dreaming to him, Surrealist André Breton believed that waking up is a veritable “phenomenon of interference”.