A arte Invernizzi presents a solo exhibition of works by Francesco Candeloro. 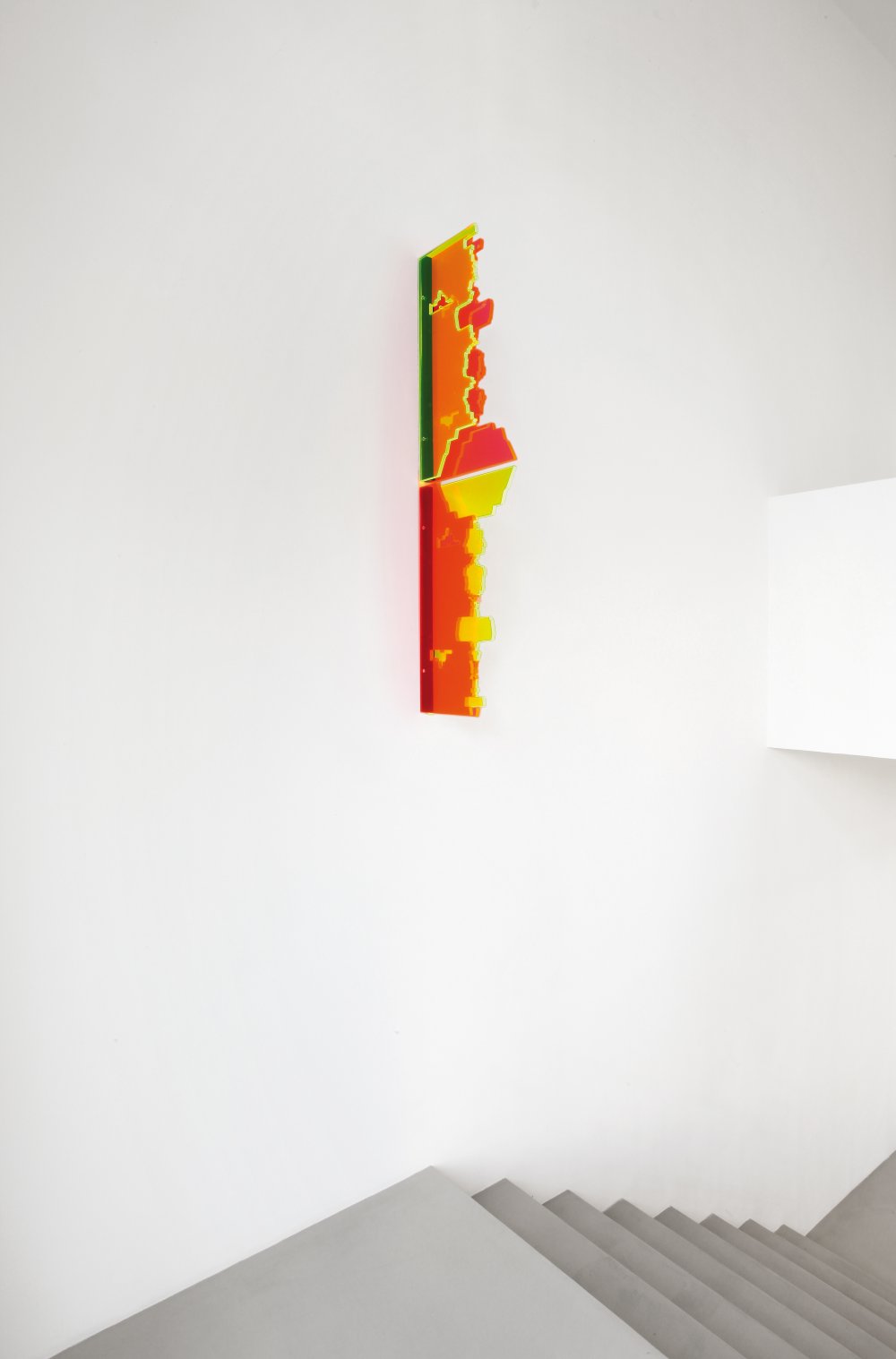 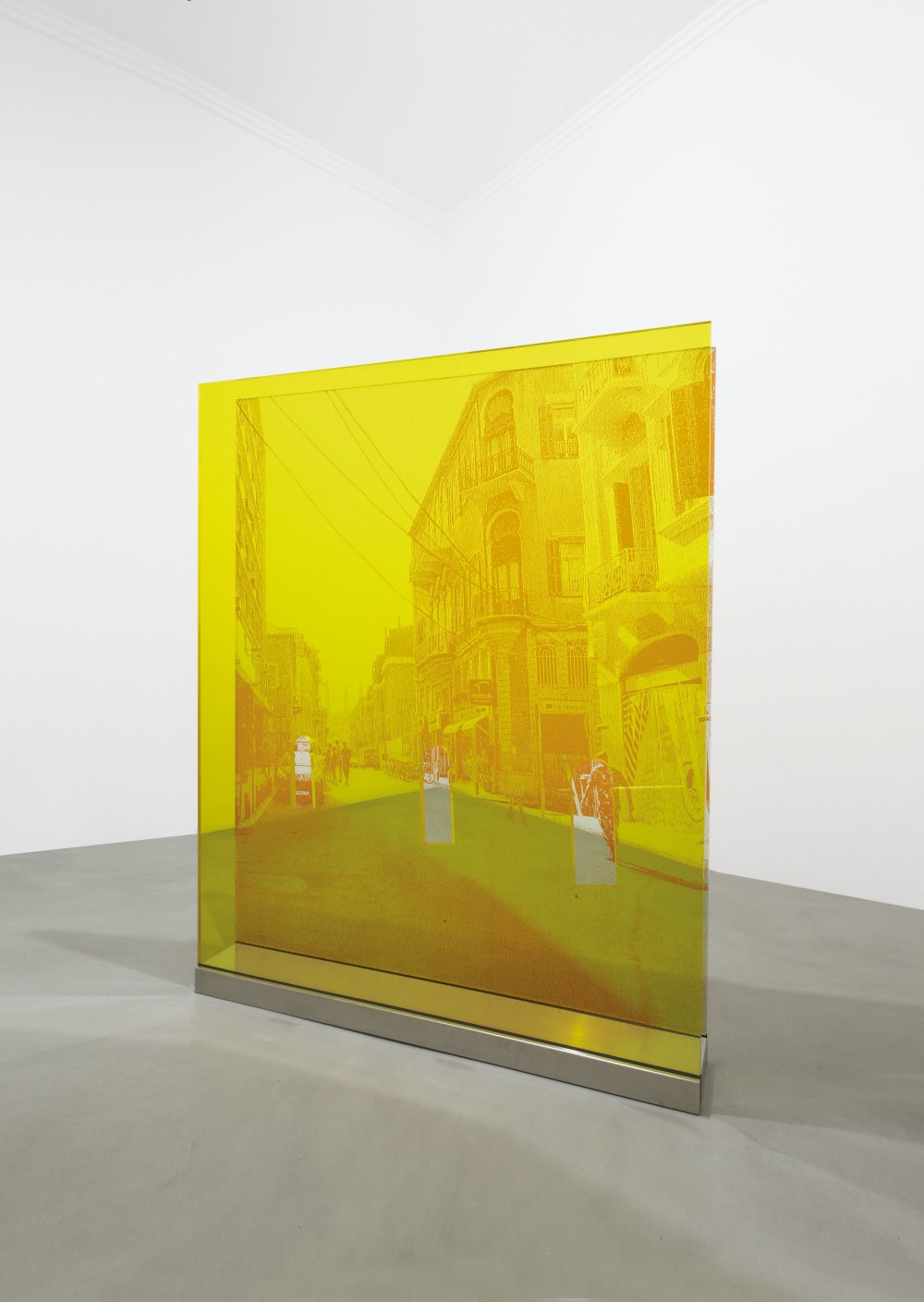 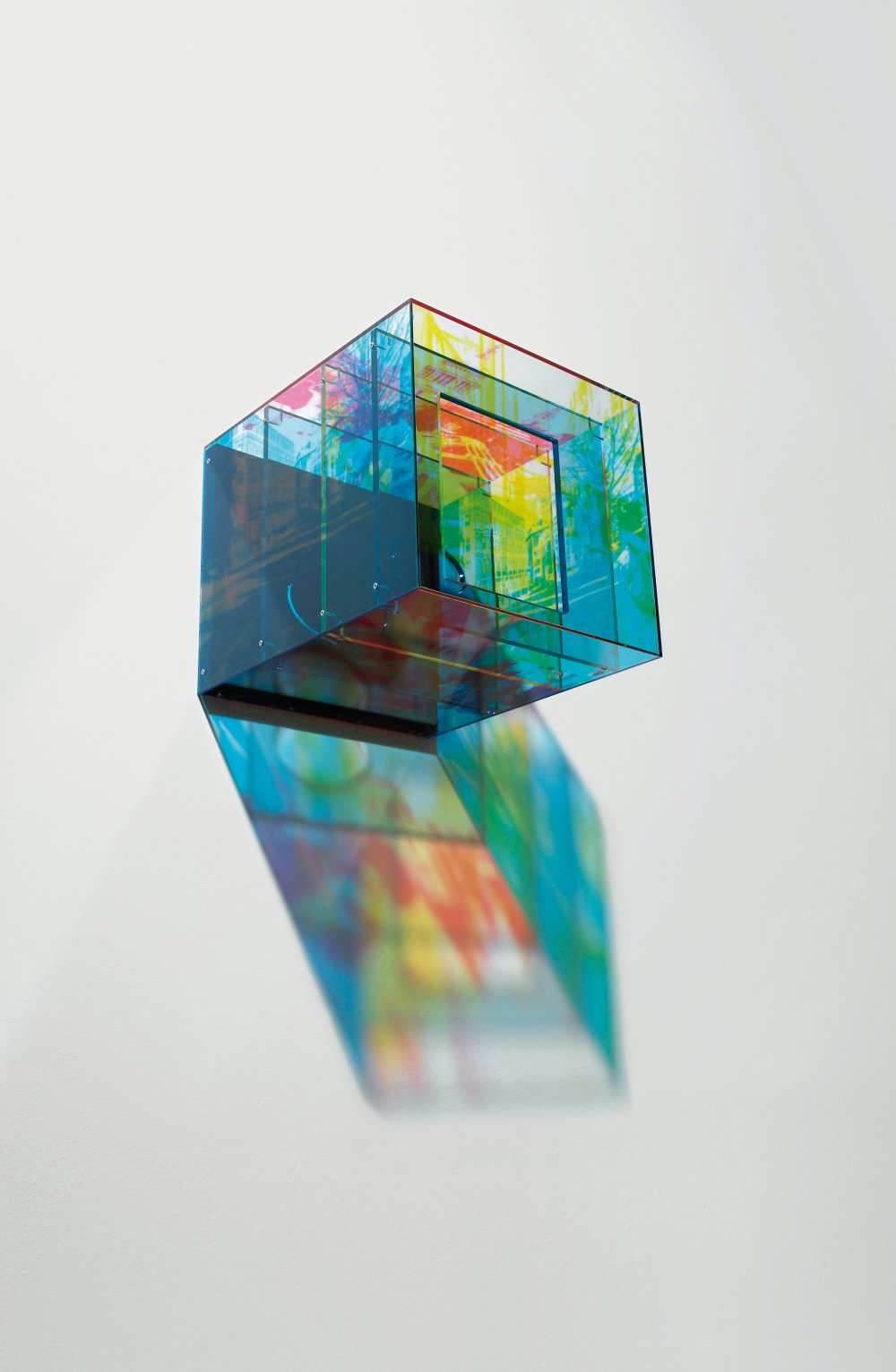 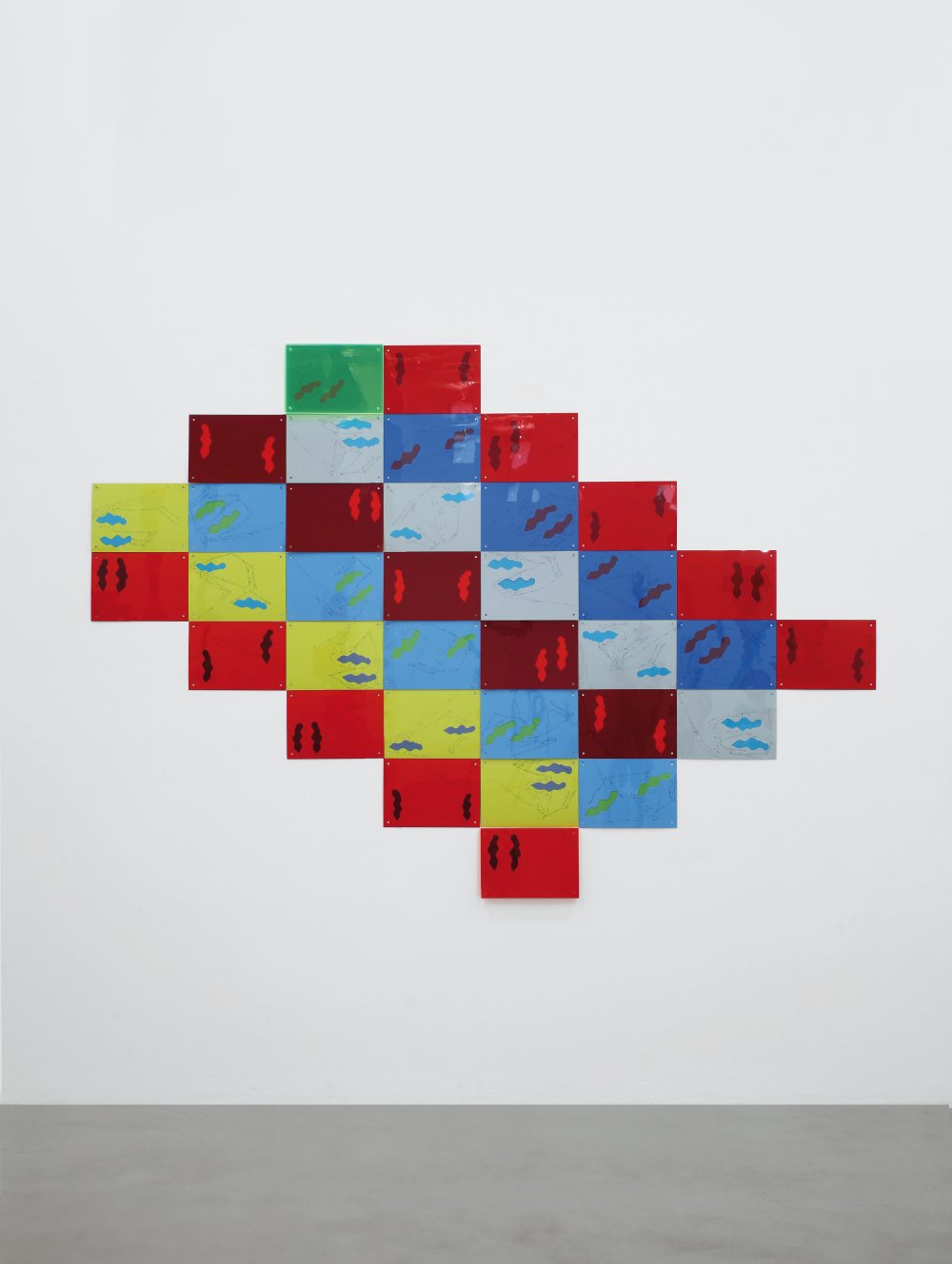 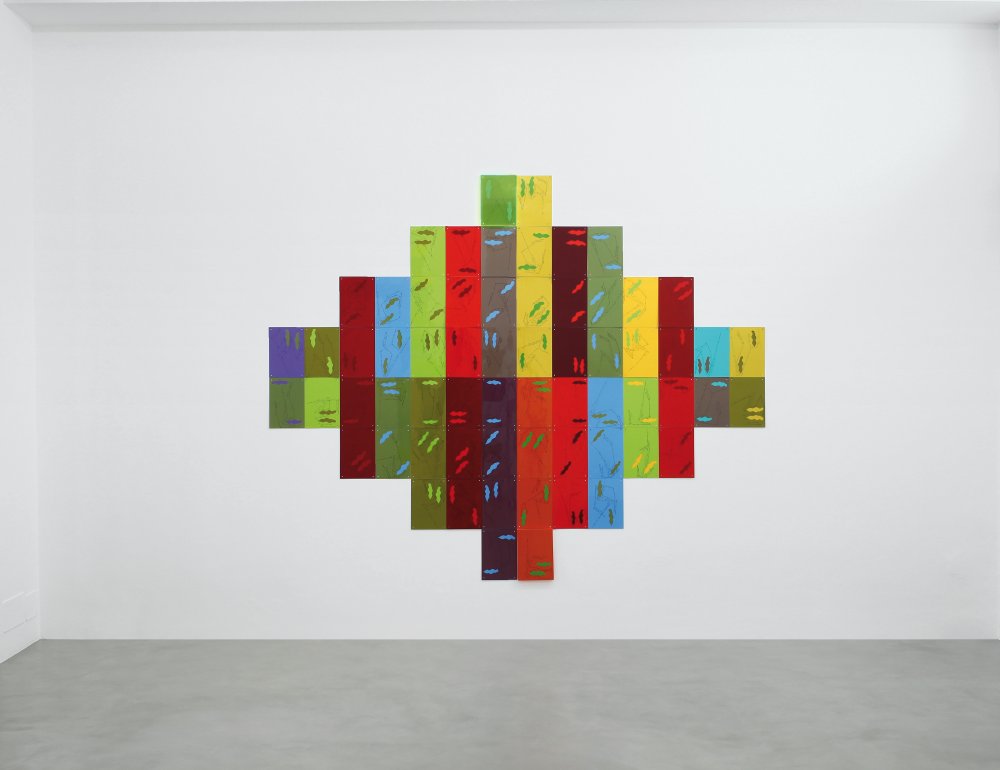 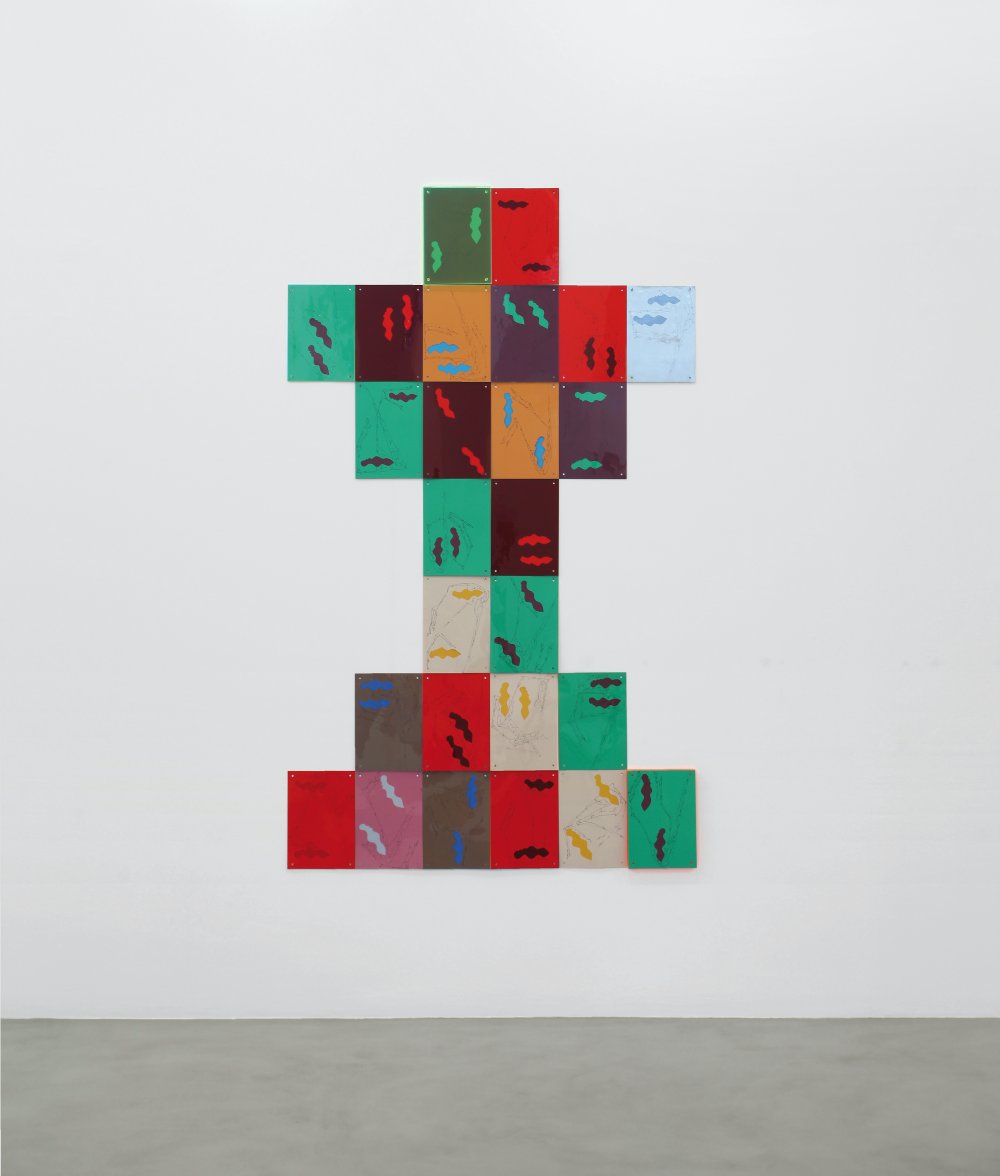 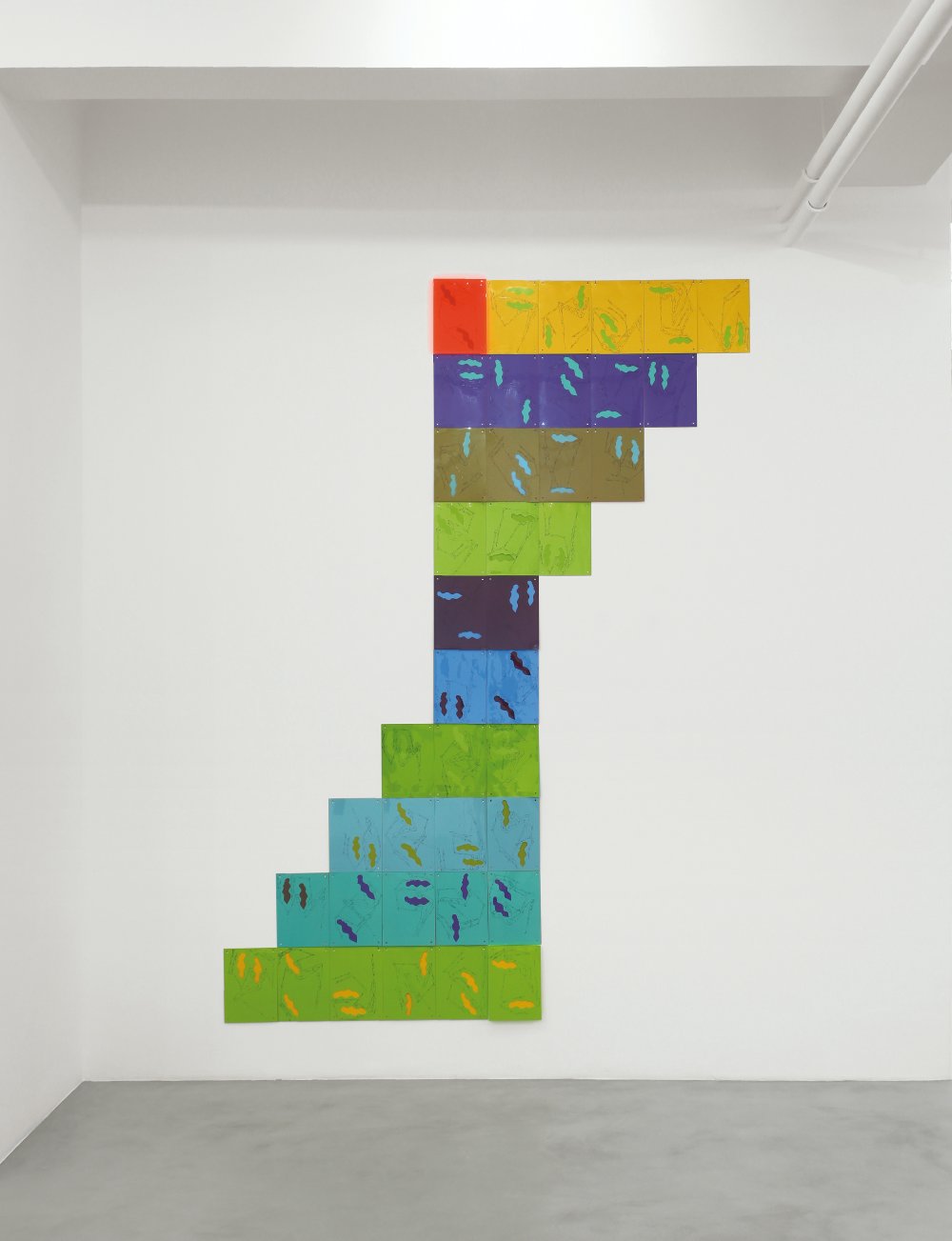 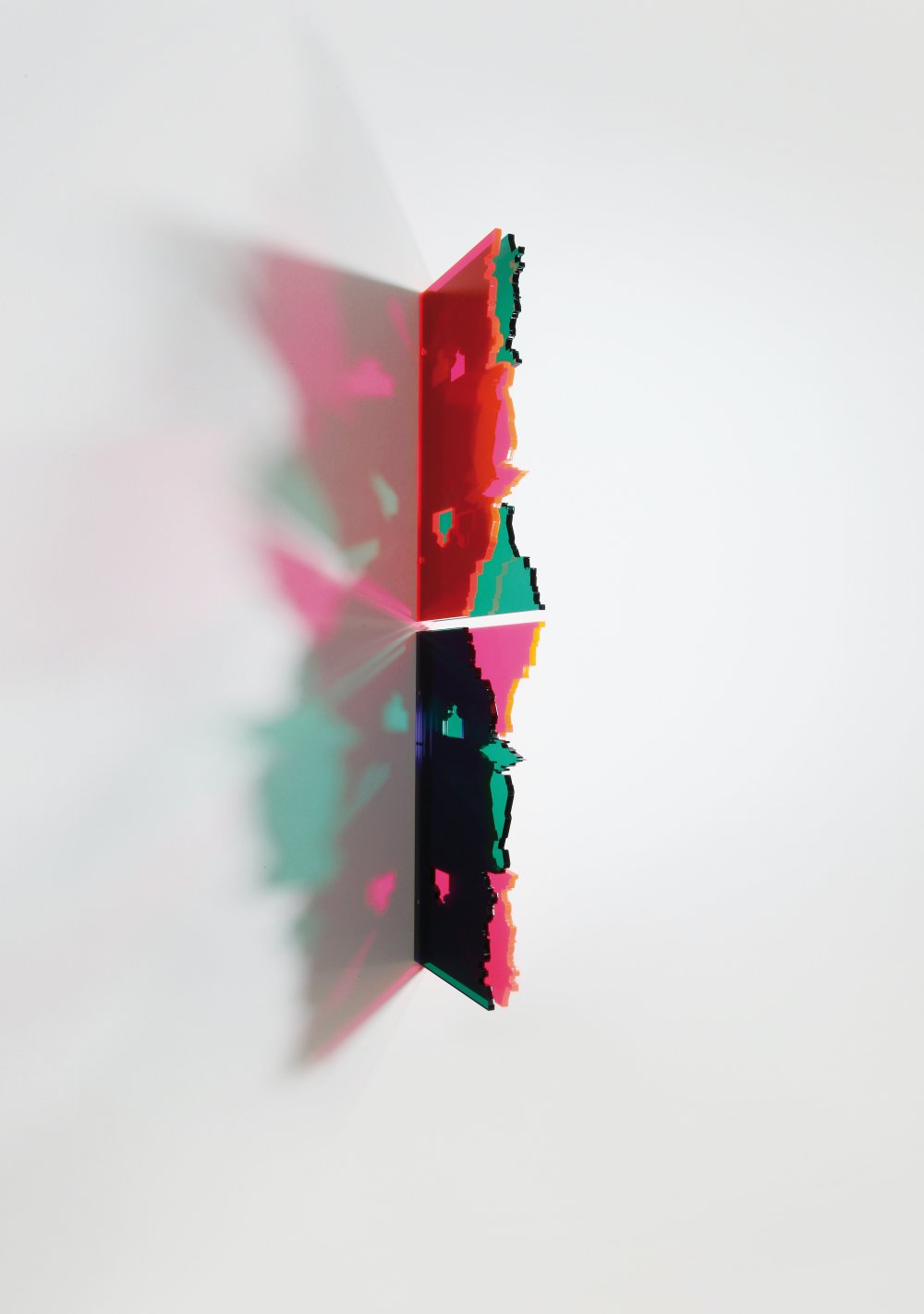 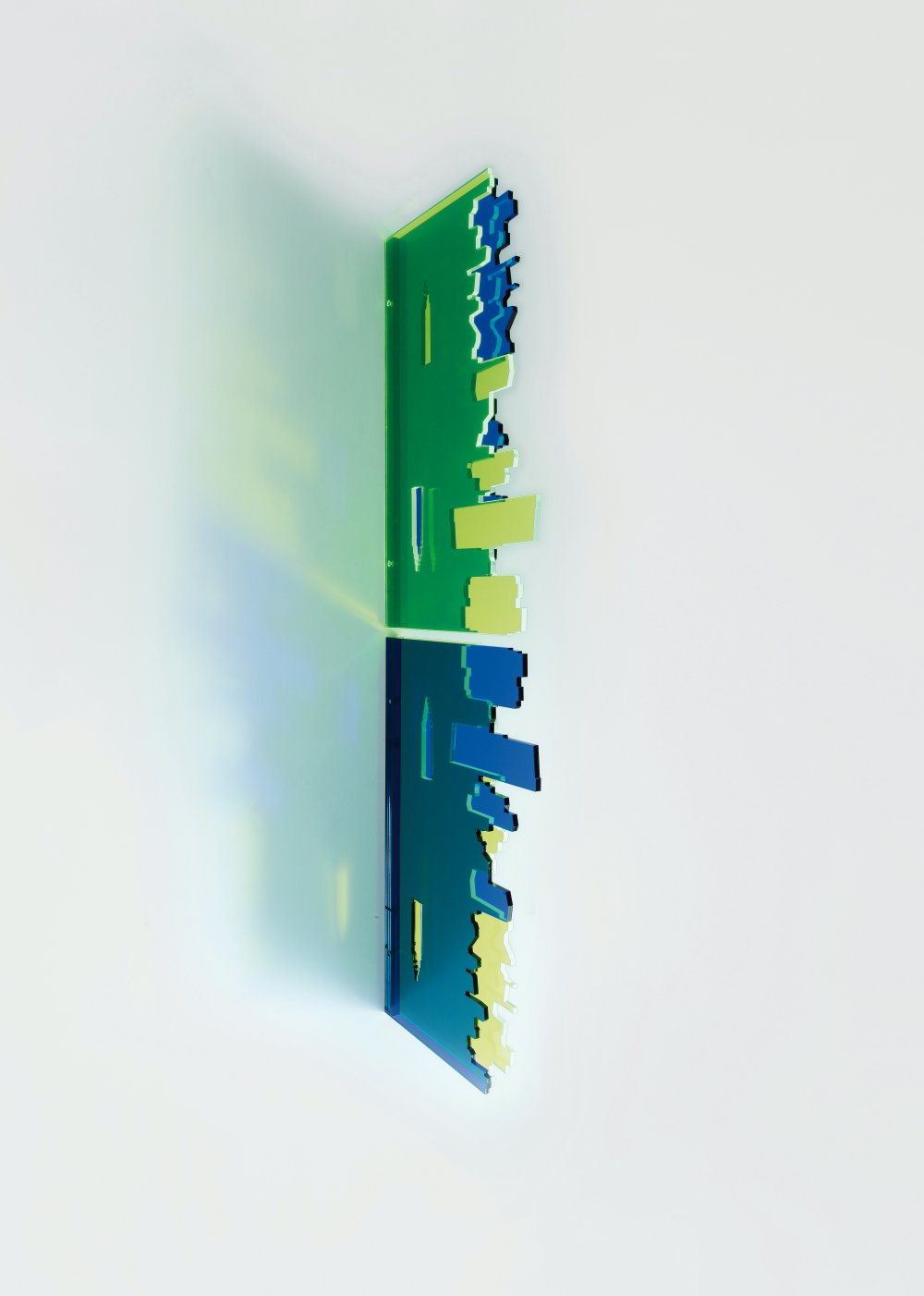 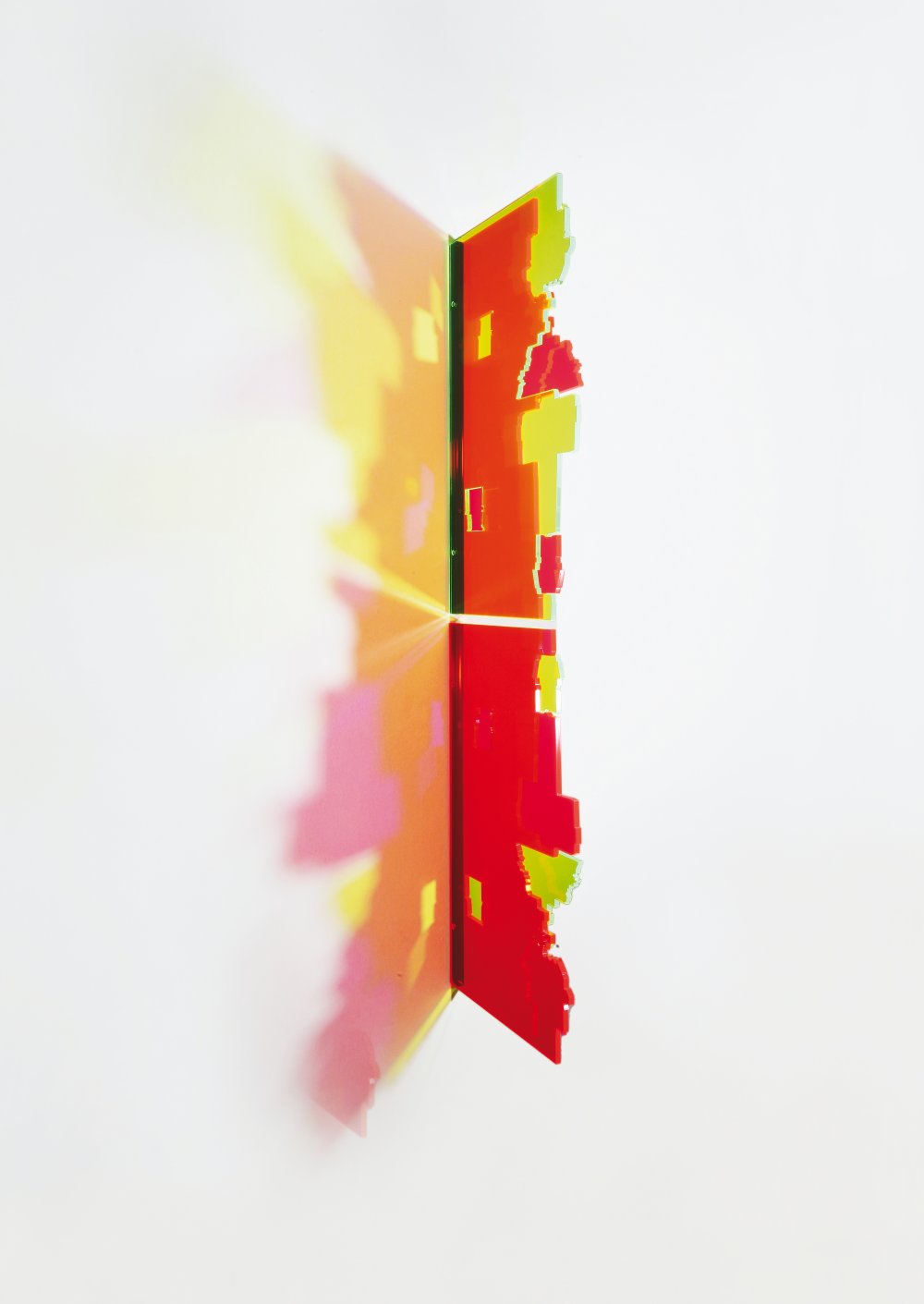 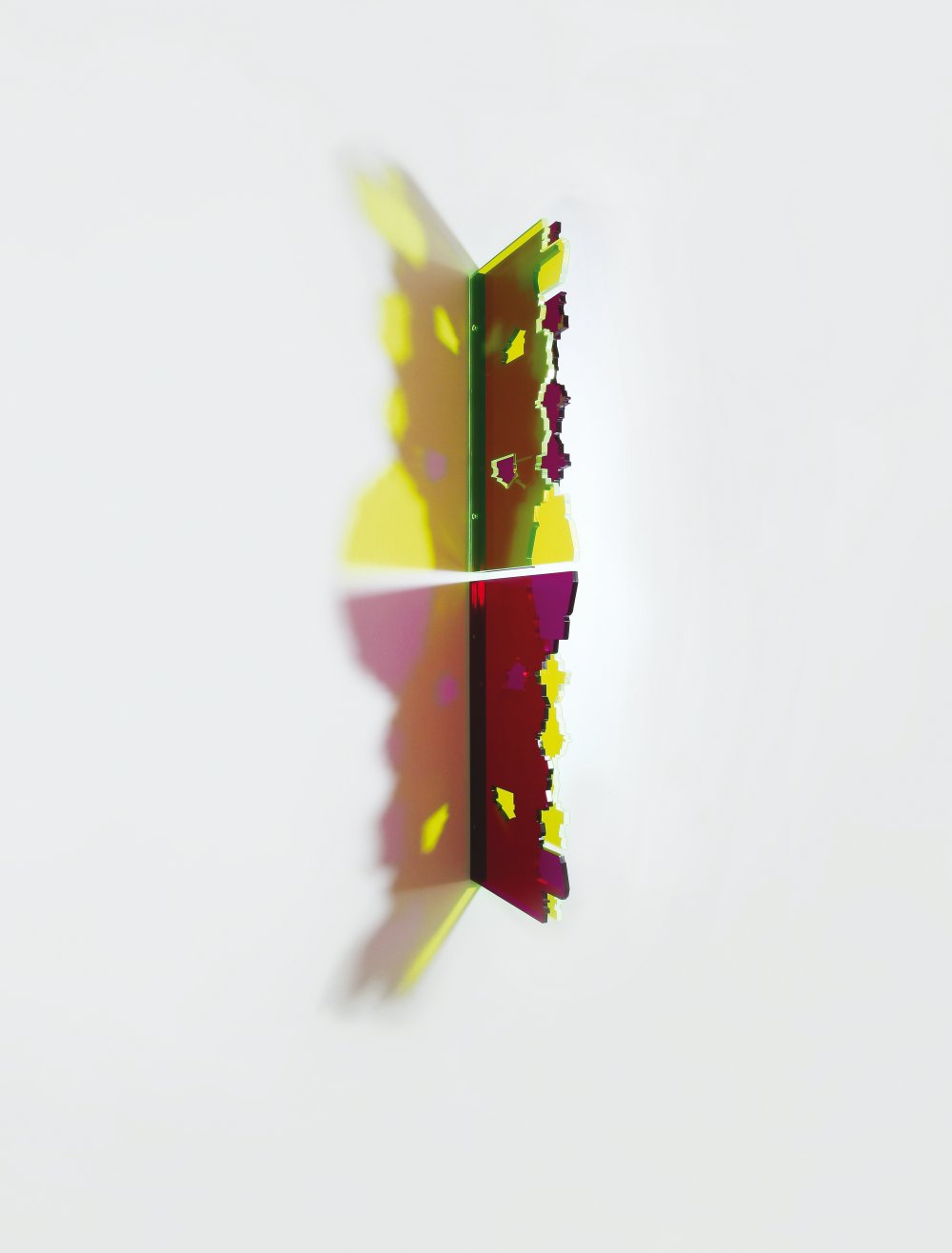 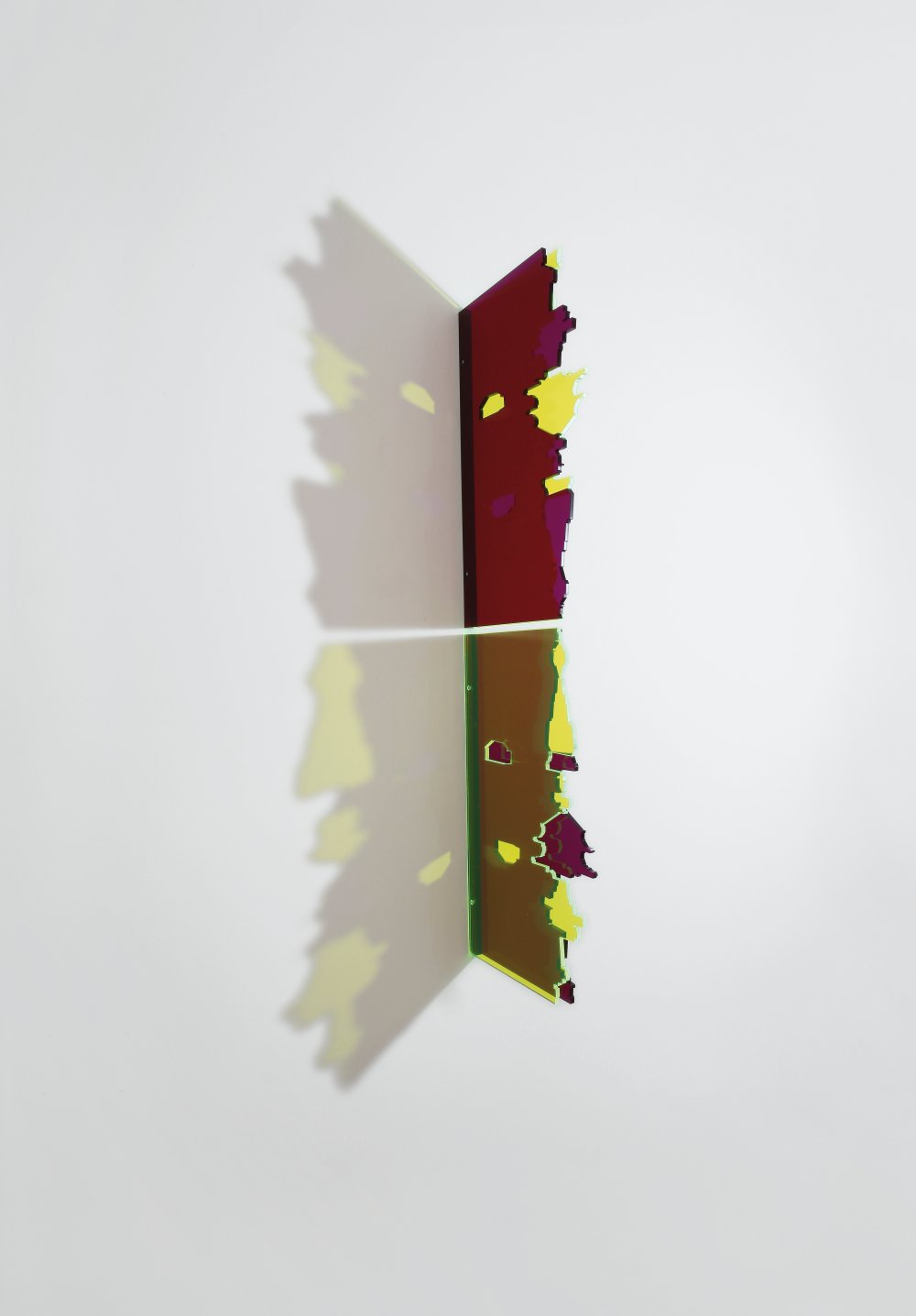 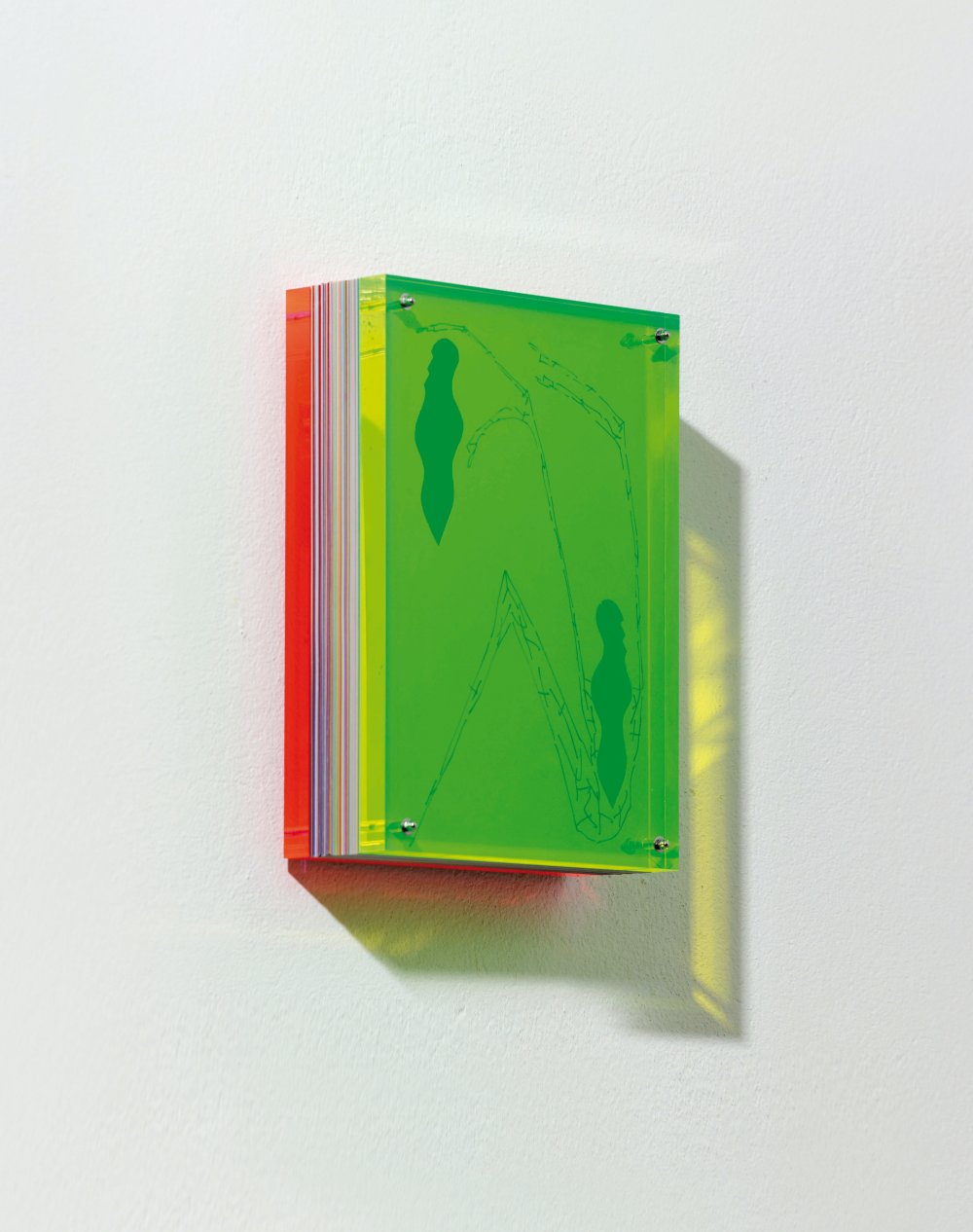 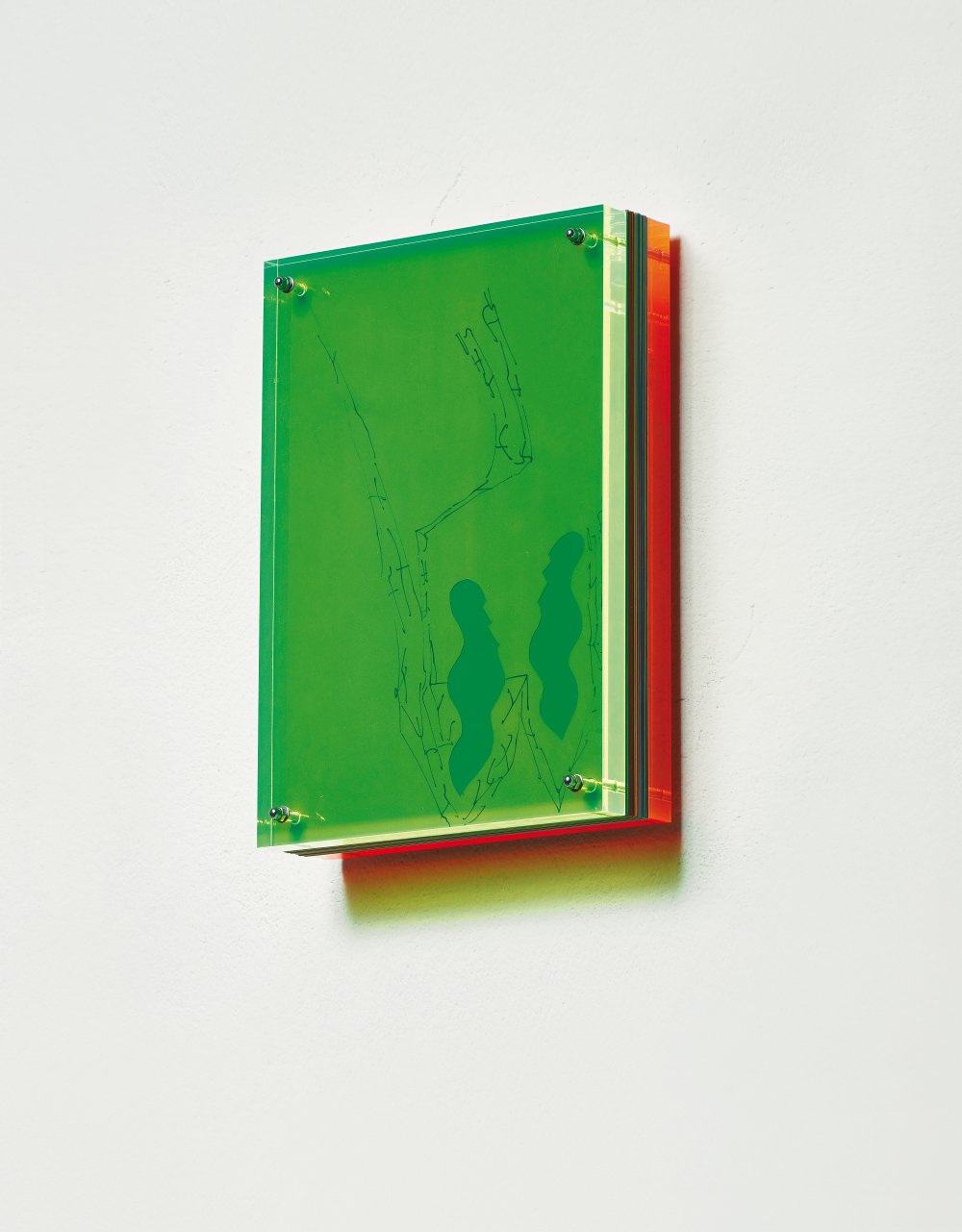 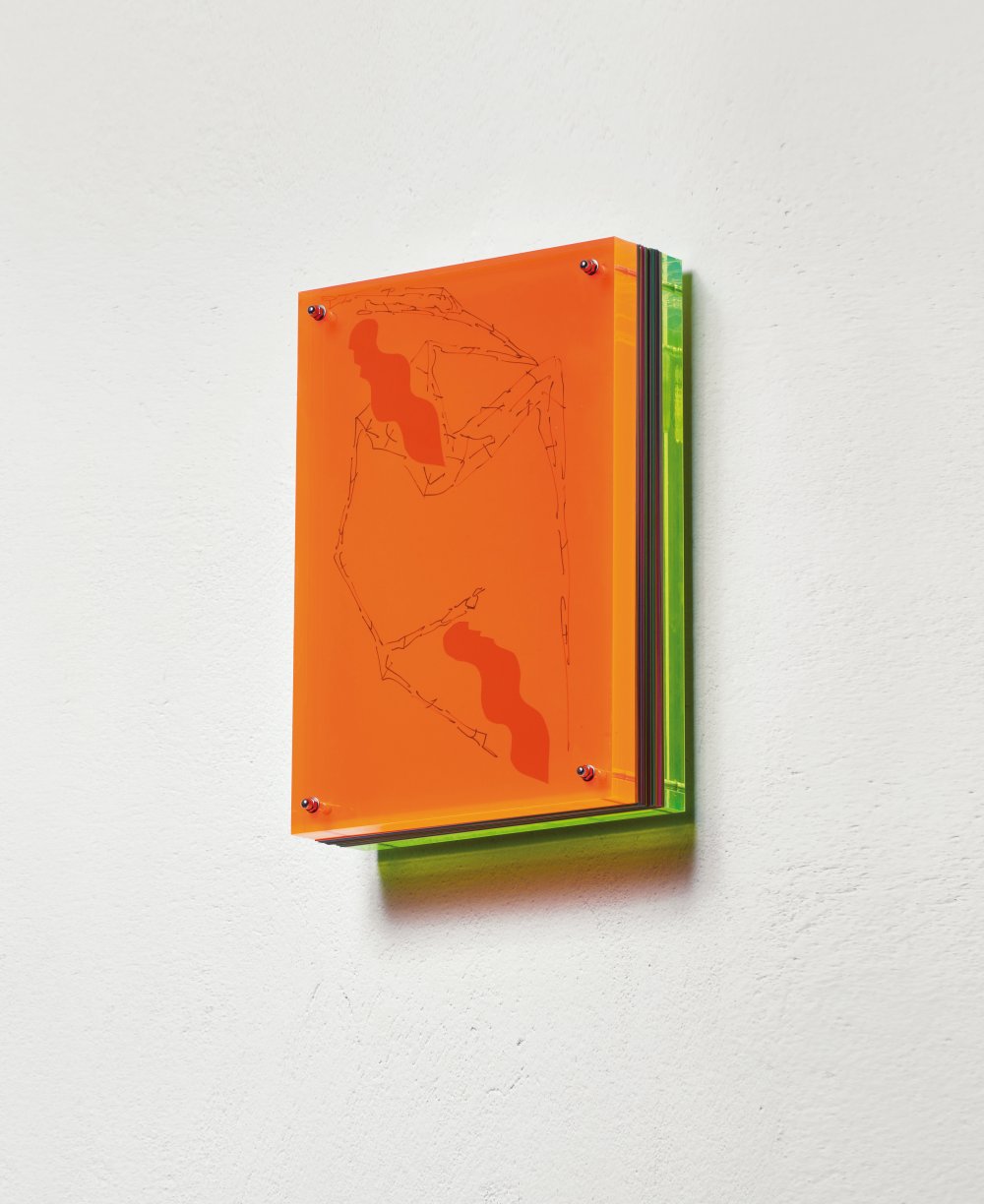 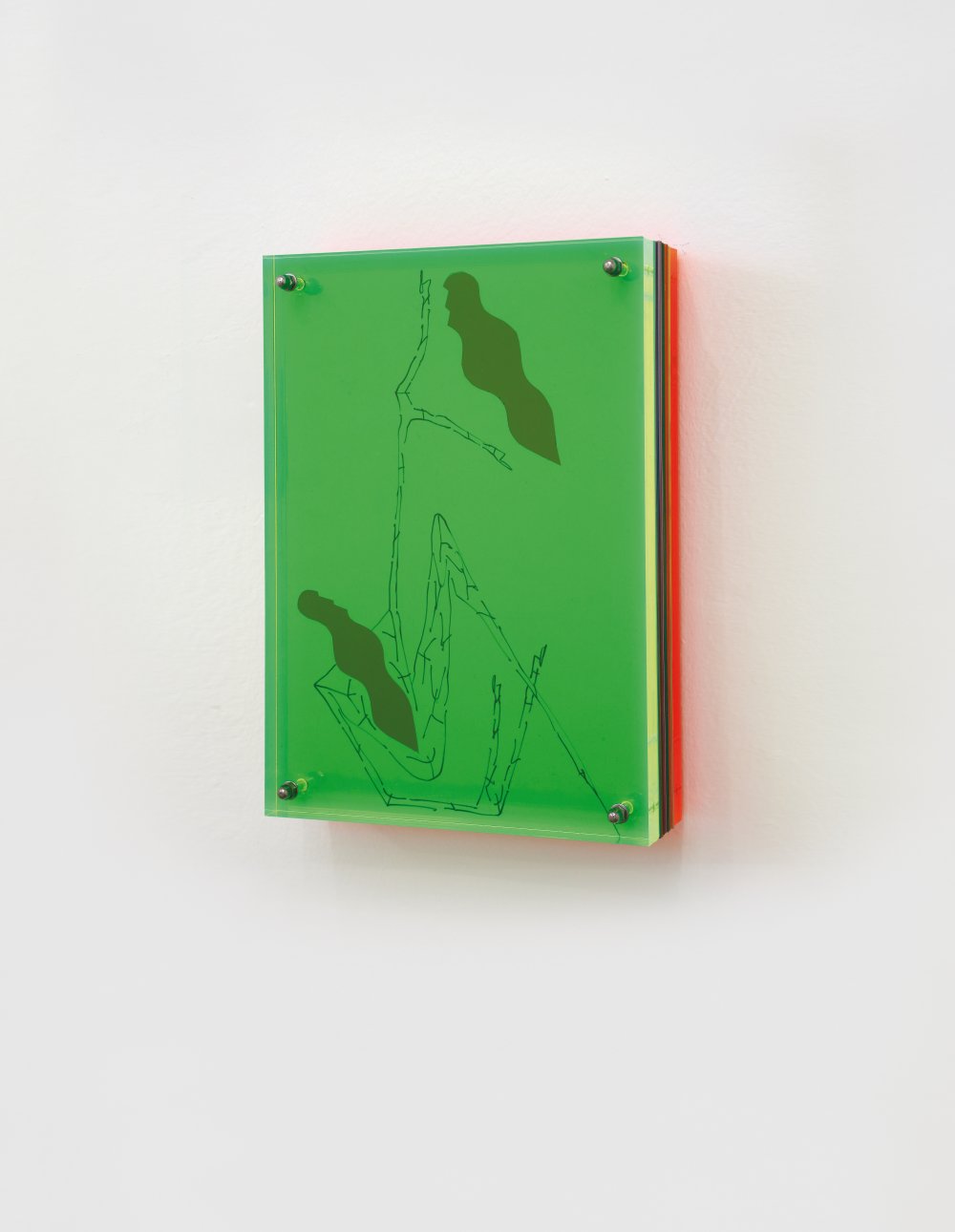 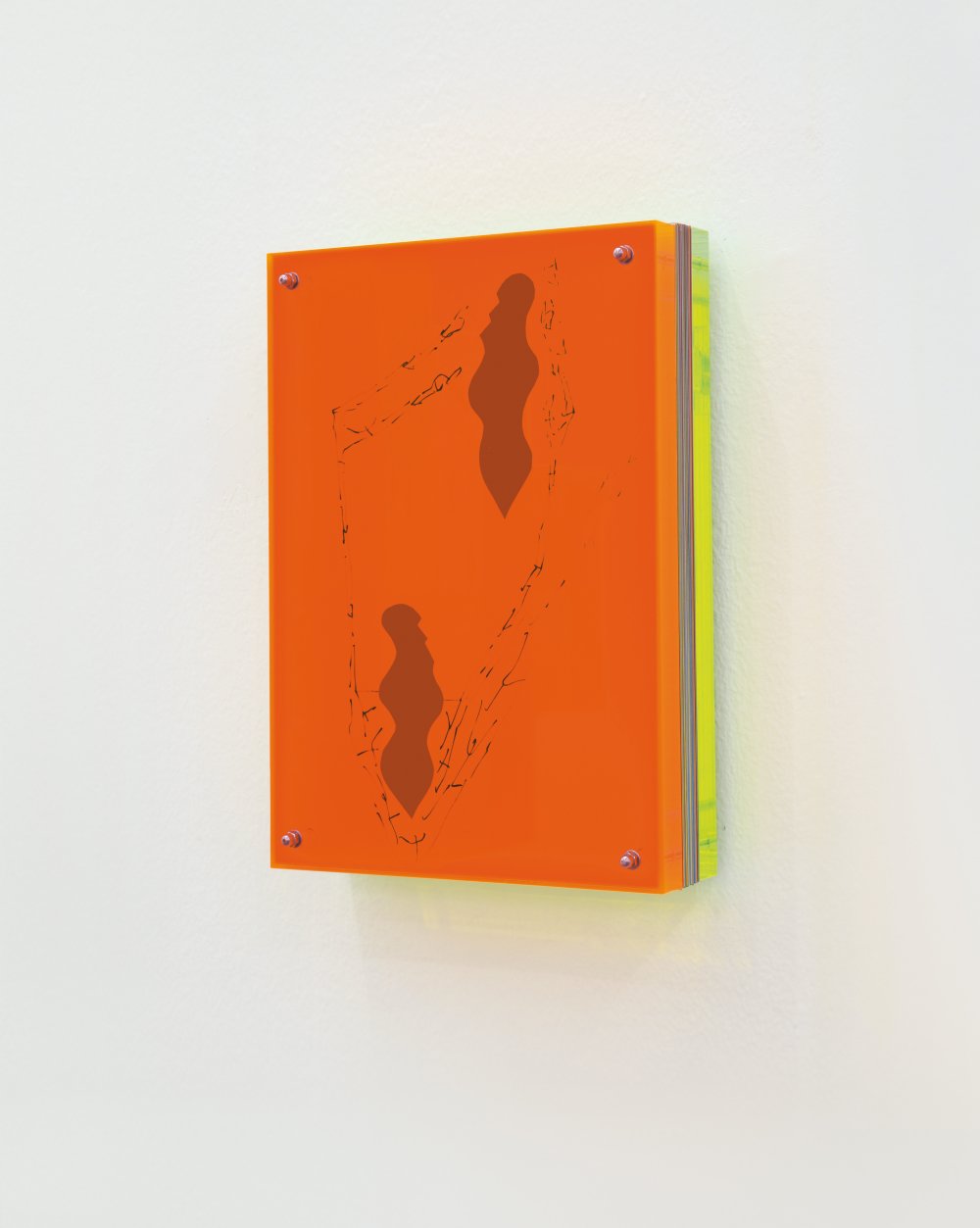 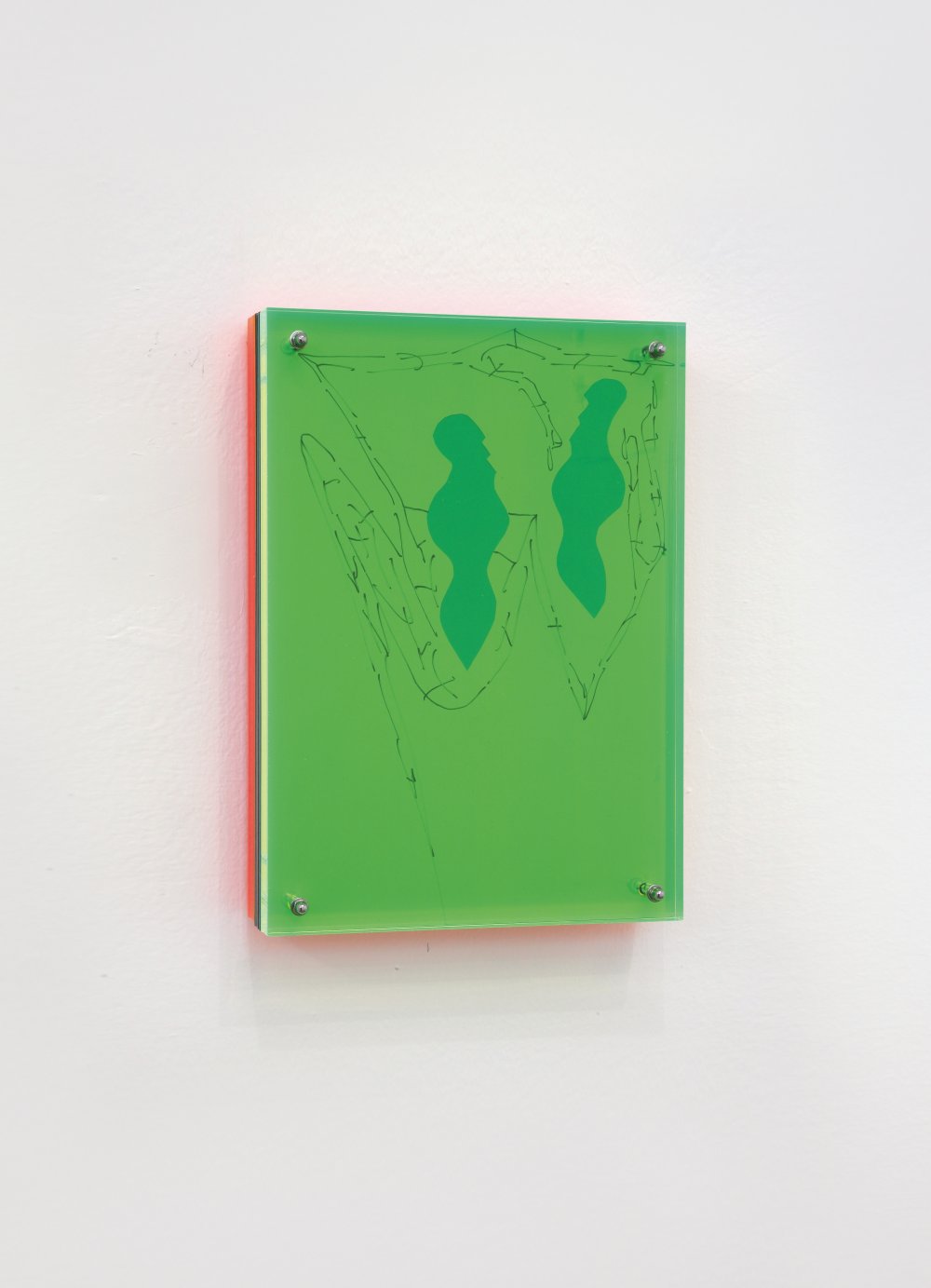 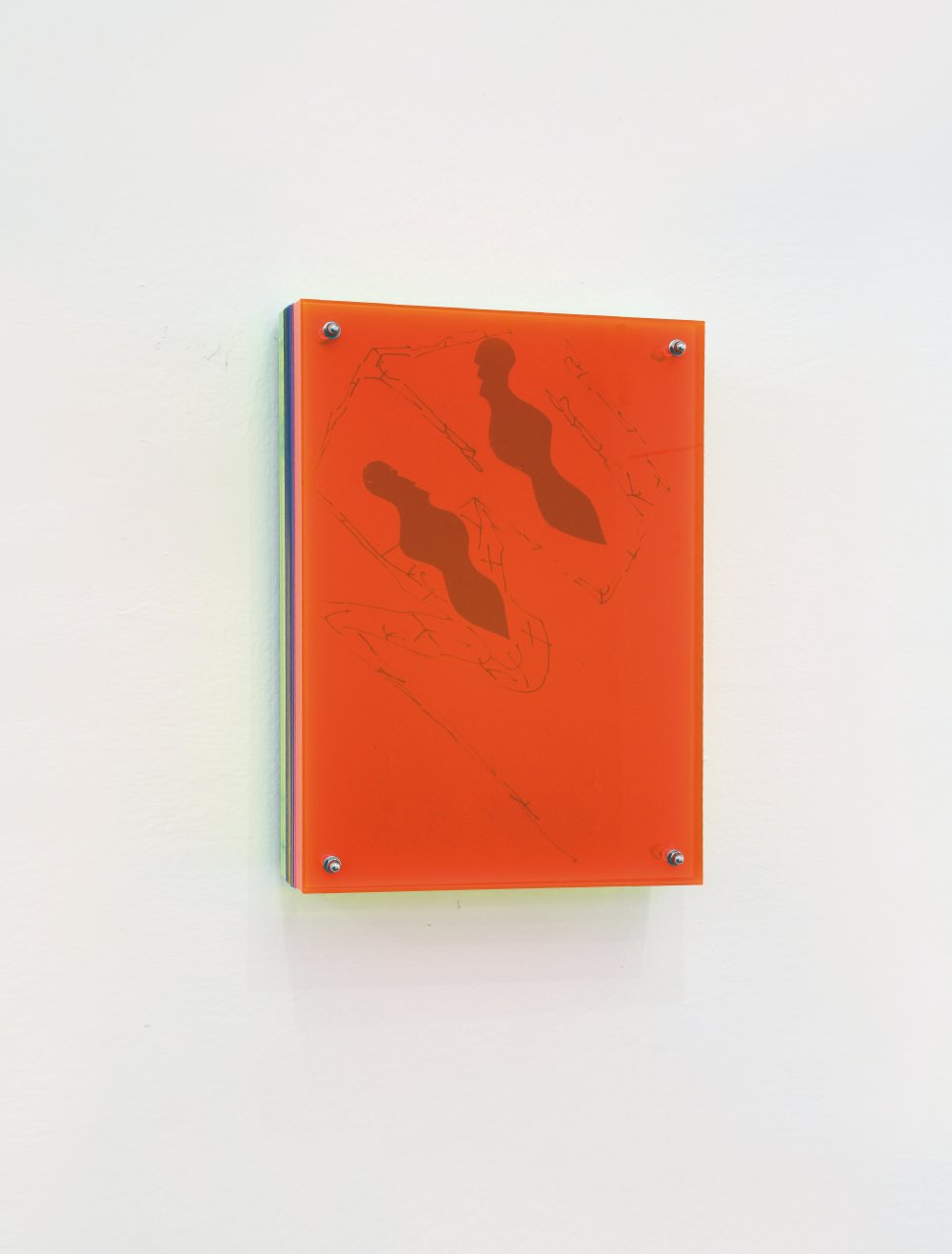 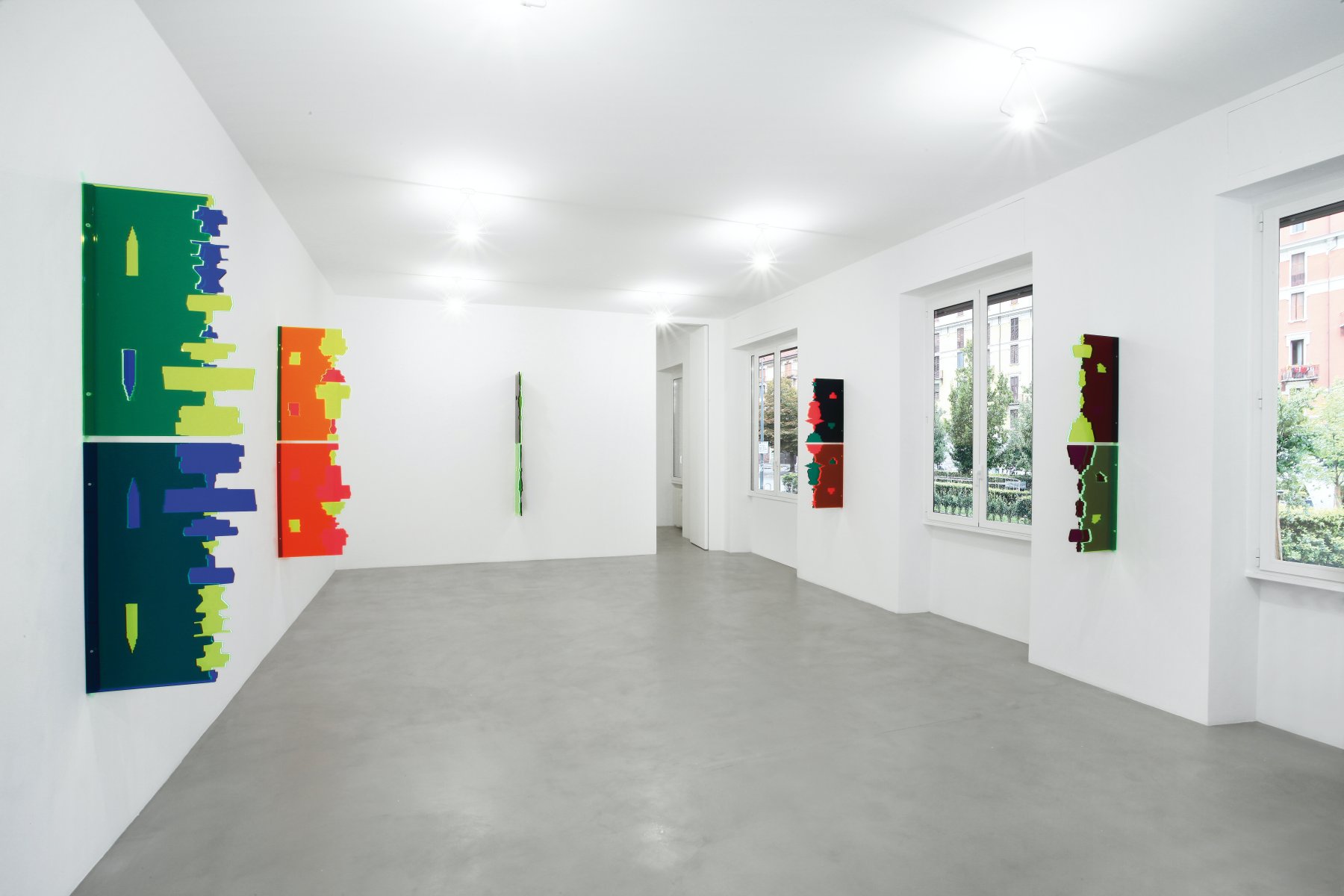 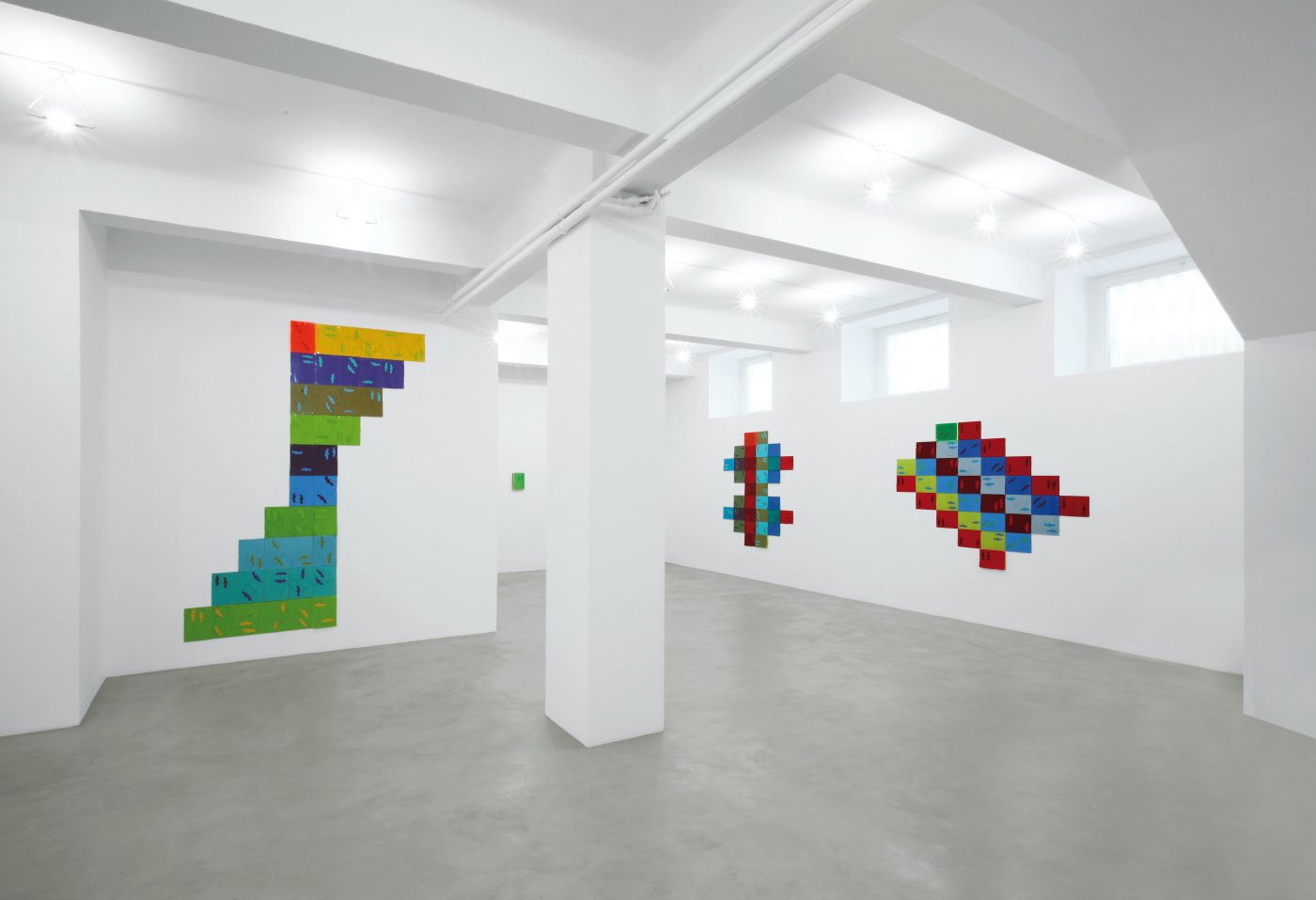 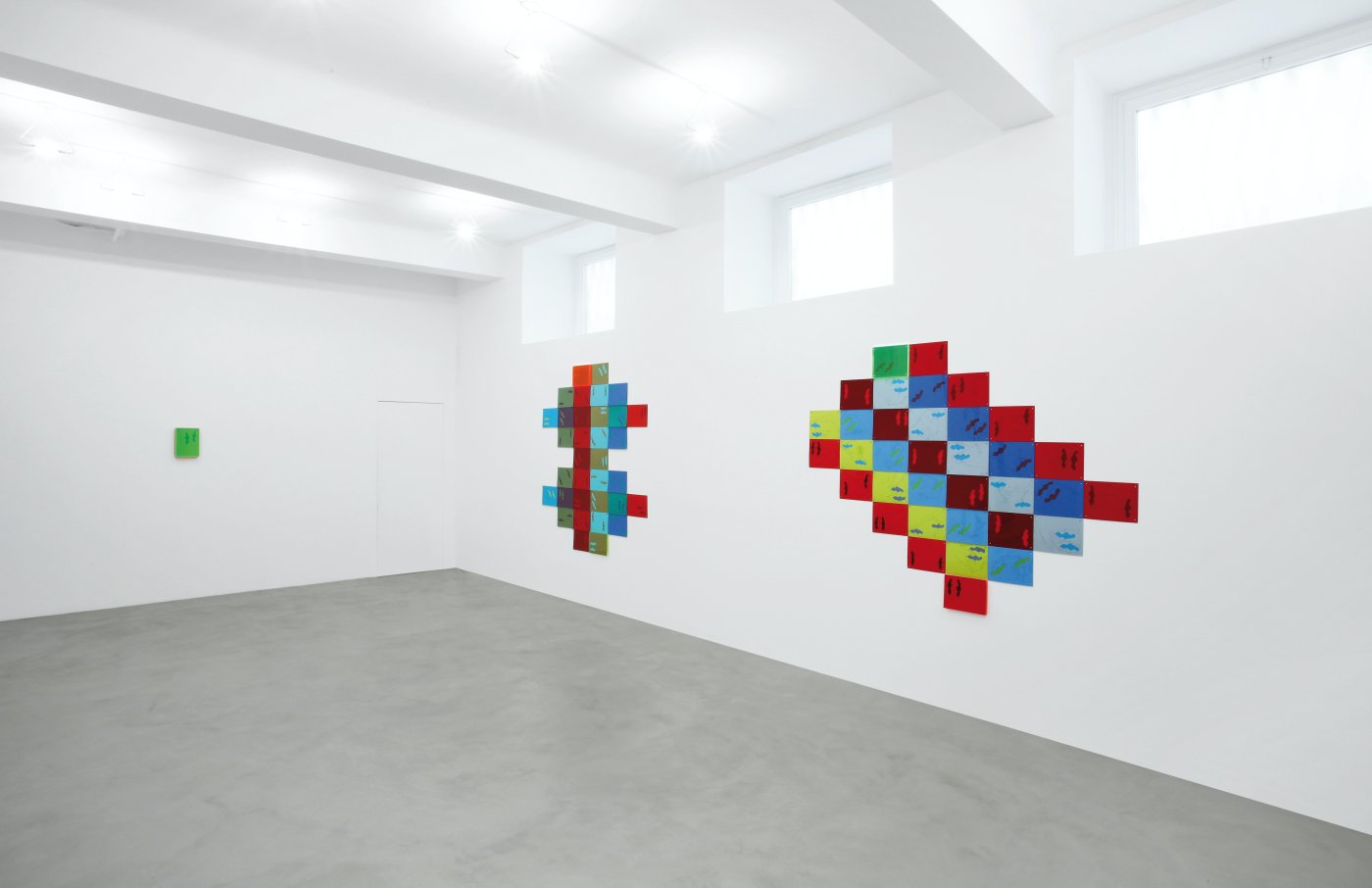 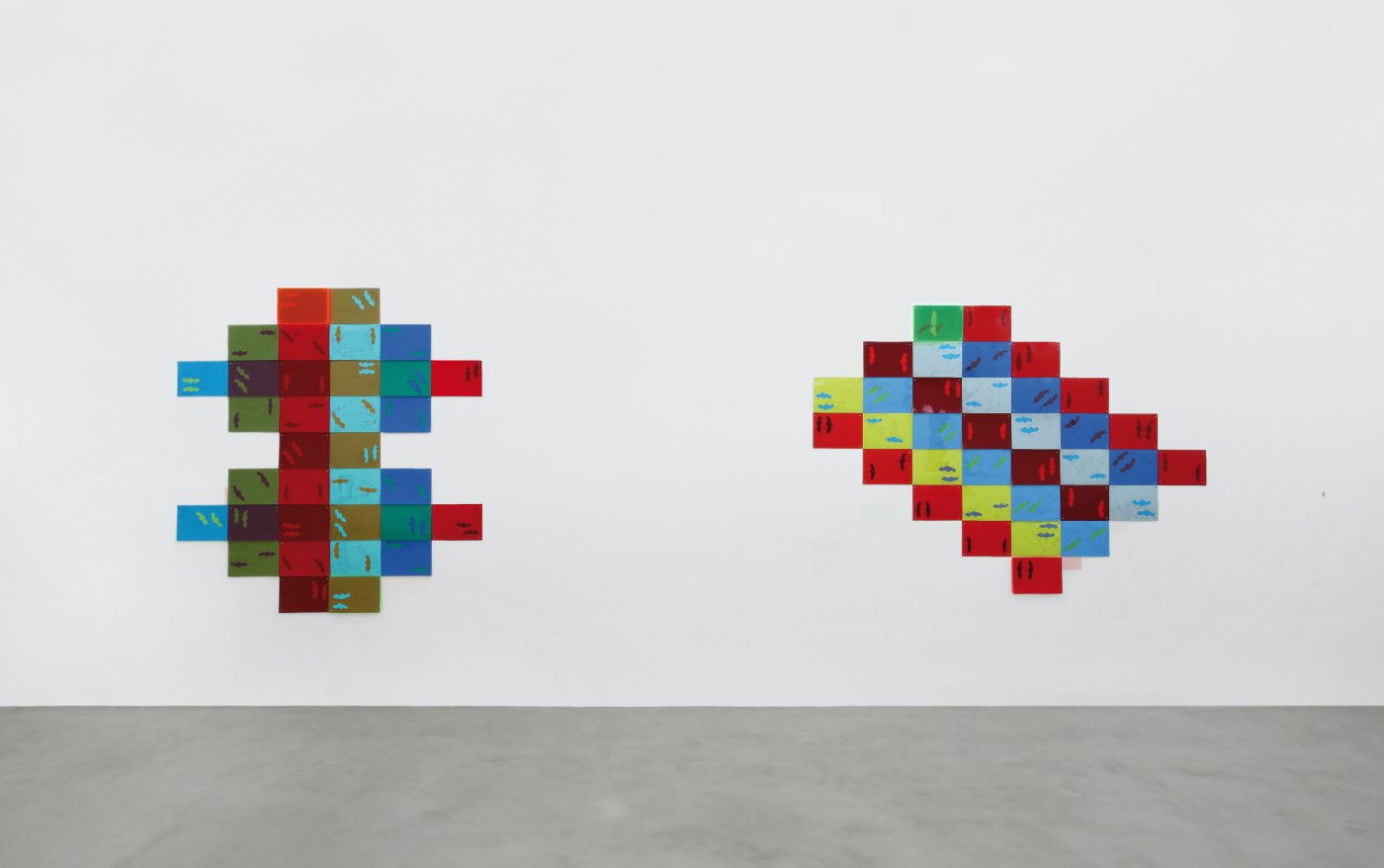 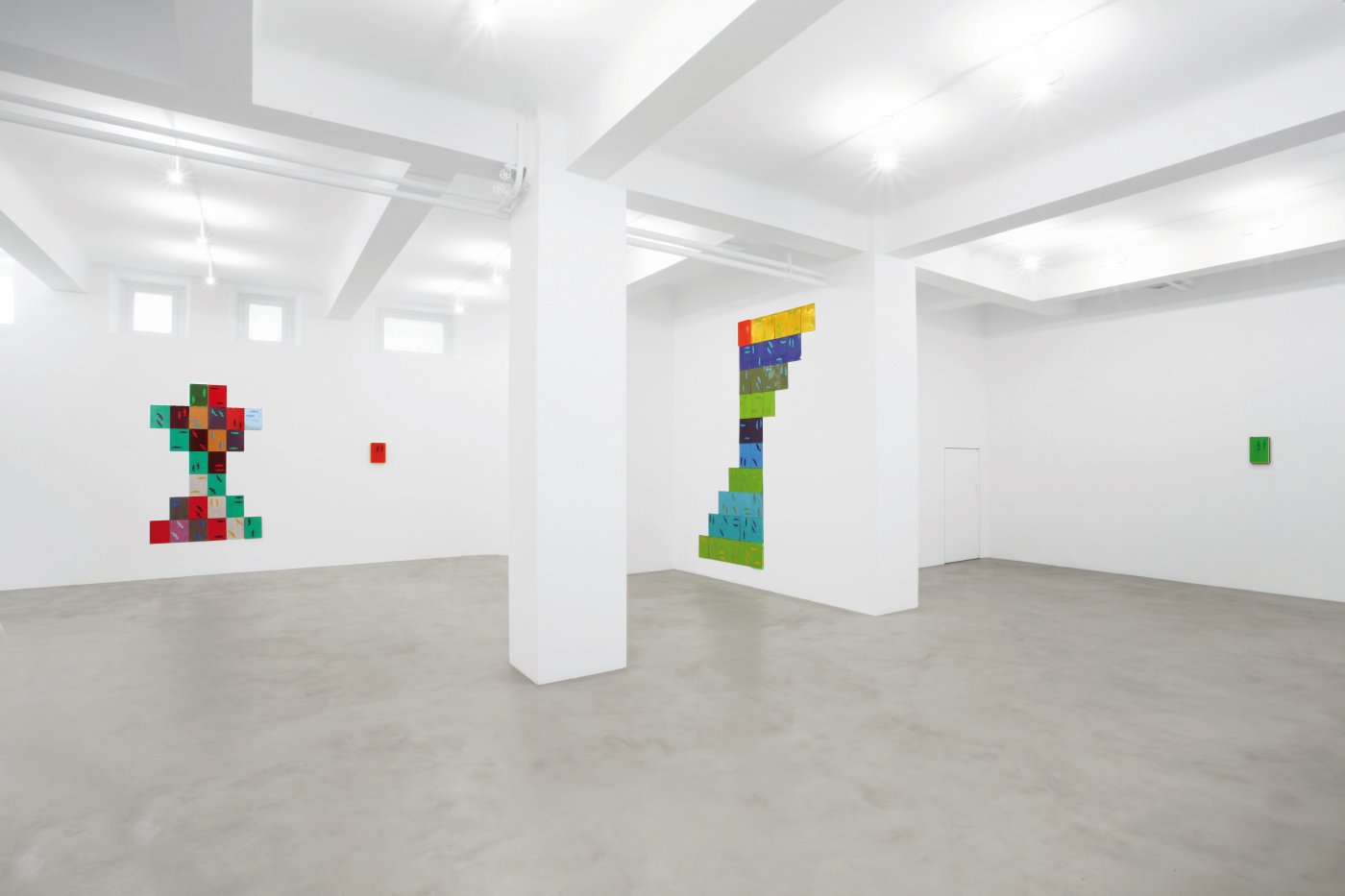 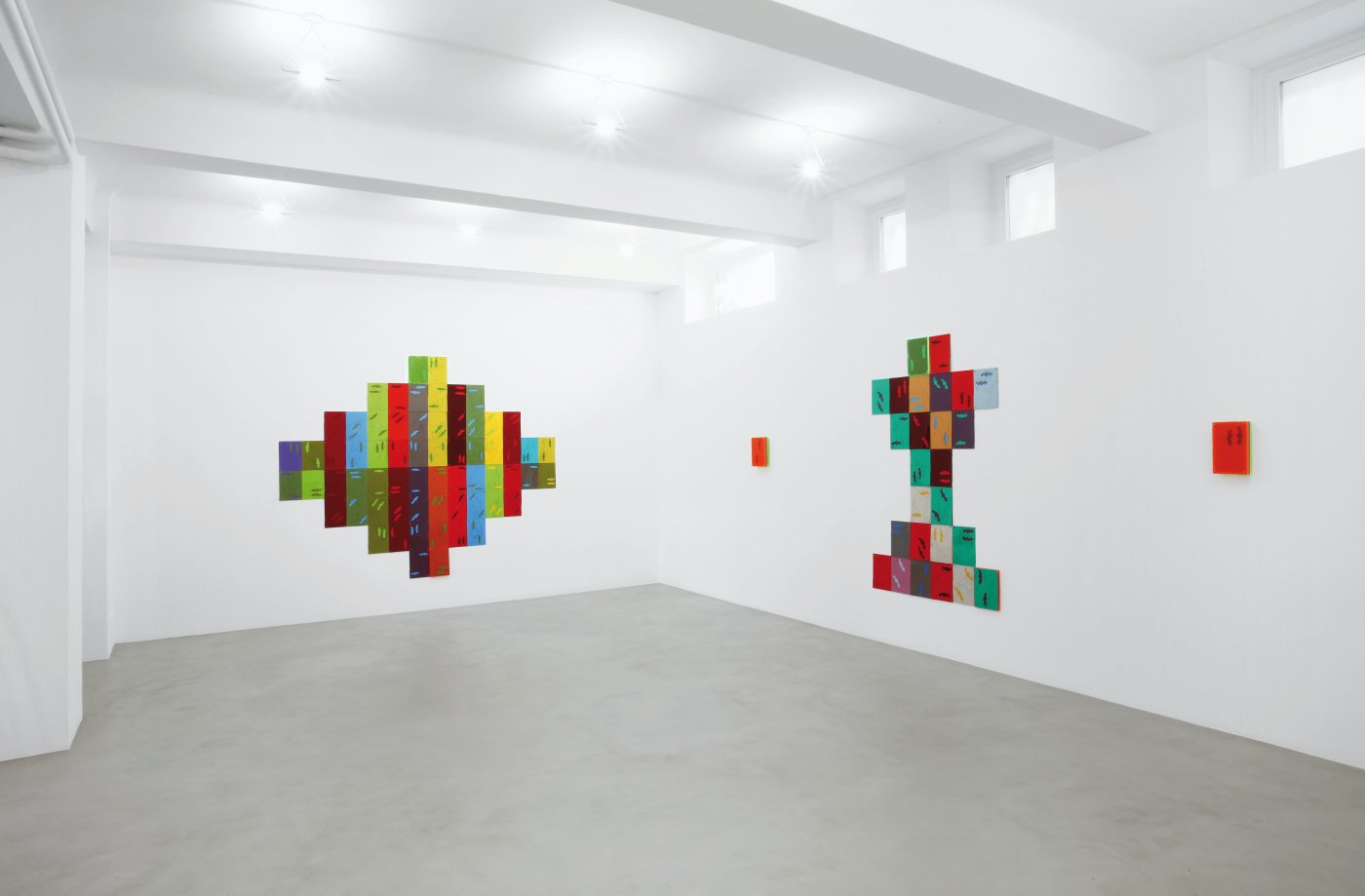 In the first room on the upper floor are a number of vertical city skylines in plexiglass or sections of them, rendered as surfaces and outlines – visions of an “architect of the immaterial” that bear witness to the artist’s life experience.

In the second room we find Vie di Luci nel Tempo (Beirut) [Streets of Lights in Time (Beirut)] (2018), a work in which Candeloro investigates many aspects of the real world, with transparent images that open up the viewer’s perception in a continuous alternation of concealment and revelation.

On the ground floor, there are nine “books”, consisting of coloured sheets with slits that can be considered as “eyes”, placed in combinatorial arrangements. They take into account the geometries of the supports and the colours produced by the acetate filters that the artist places on them.

The “books” have a closed rectangular structure but, like the pages in a bound volume, they can be shown across the wall to offer an open view of the work and, on this occasion, they are shown in the potential and reality of their unravelling.

“In an increasingly autonomous conception of form with respect to the need for representation, the image from which Candeloro’s entire work originates, as a photographic revelation with a physical status of its own, is itself a filter between the material nature of the thing and its ideal form. This aspect of interconnectedness, which places the work on the borderline between presence and absence, on the one hand addresses known forms, which are to some extent verifiable, and on the other hand it looks at shapes in the making. The latter receive their momentary consistency by re-proposing themselves, along the lines of various hypotheses, in the way in which works belonging to a category of multi-layered compositions can be displayed on the basis of various geometric logics. In both cases, Candeloro’s works act on the level of transfer. On the one hand, we have the outline of a city, from a position that is not necessarily recognisable, as a view of an “other” place absorbed in the light that generates itself in the space that contains its condensed, abstract image. On the other, the wall-mounted compositions allude to venturing into a hidden, intimate dimension, which is revealed by hiding itself. In both cases, the surface becomes part of a complex process, from plane to labyrinth.” (Francesco Tedeschi)

The exhibition will be accompanied by a bilingual catalogue with an essay by Francesco Tedeschi, reproductions of the works on display, and an updated bio-bibliographic section.