44 Lexington Street, W1F 0LF Frances Richardson: If I measure it must exist


Karsten Schubert London is pleased to present a solo exhibition of new work by Frances Richardson. Central to the exhibition are themes of balance and counterbalance, real and phantom, be it through intricate ink drawings of objects or in drawings in sculptural form. Every element sits together to create a walk-through still life of Richardson’s making. 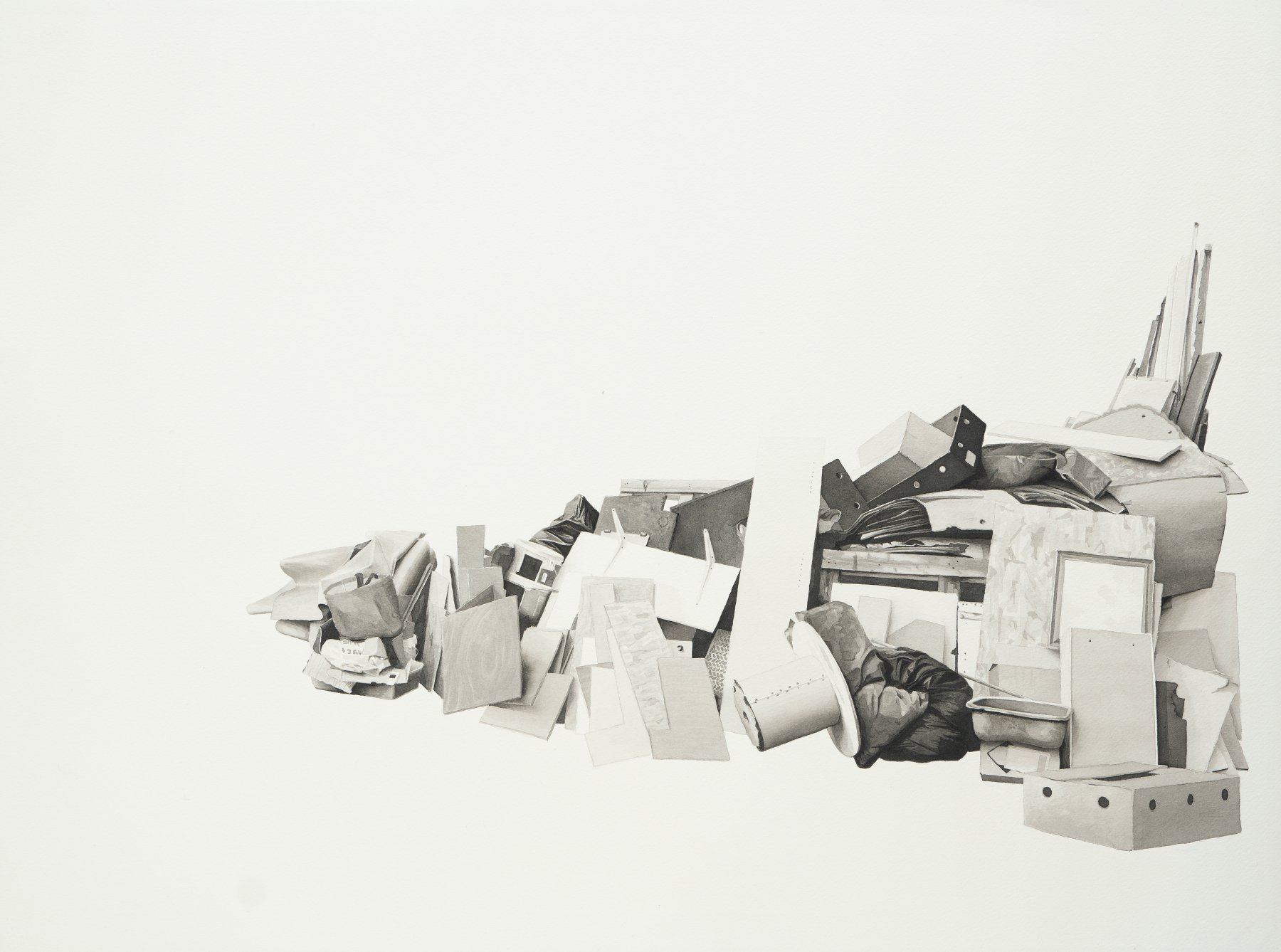 Frances Richardson
In an attempt to deny their mortality I, 2021 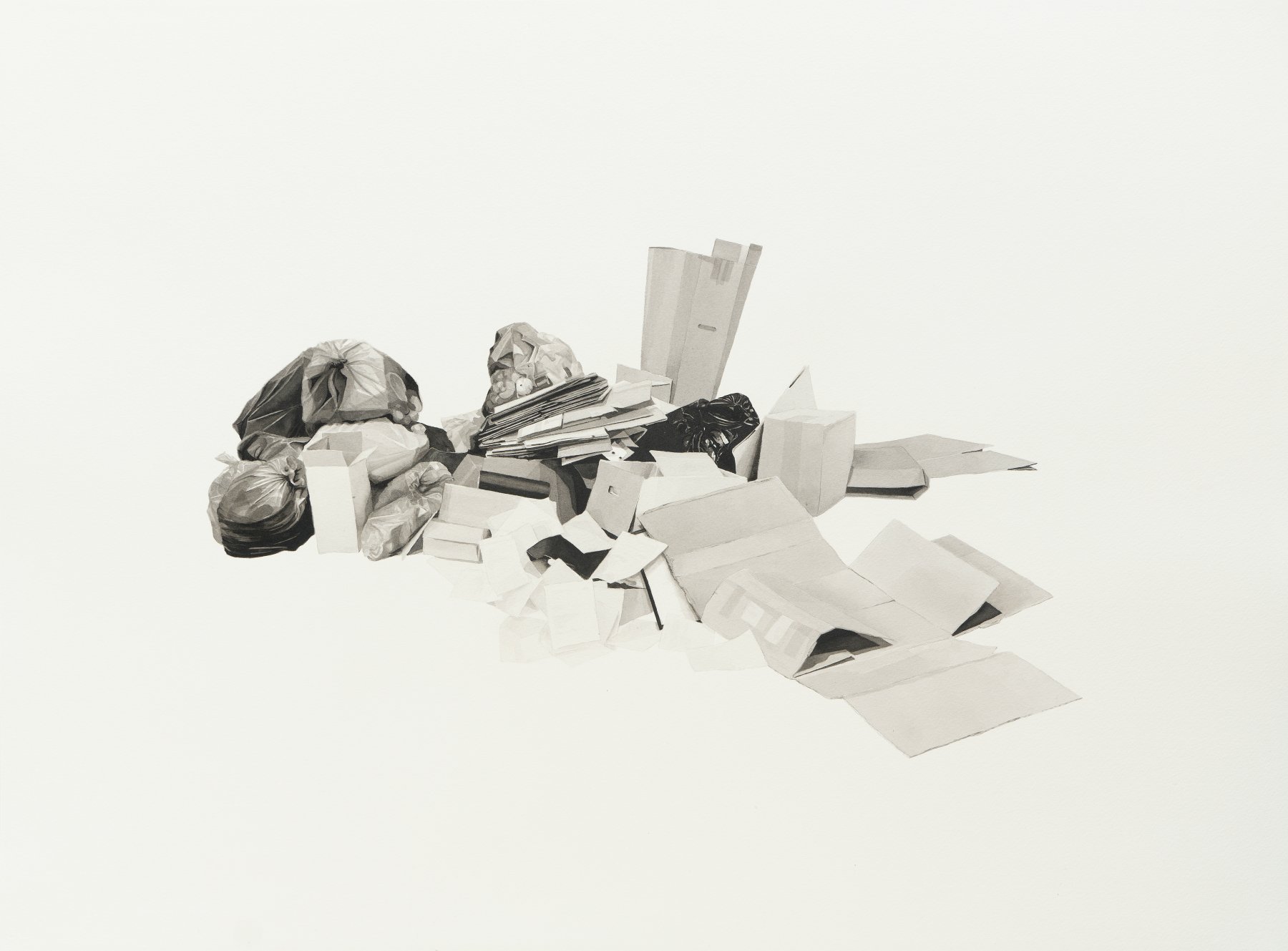 Frances Richardson
In an attempt to deny their mortality II, 2021 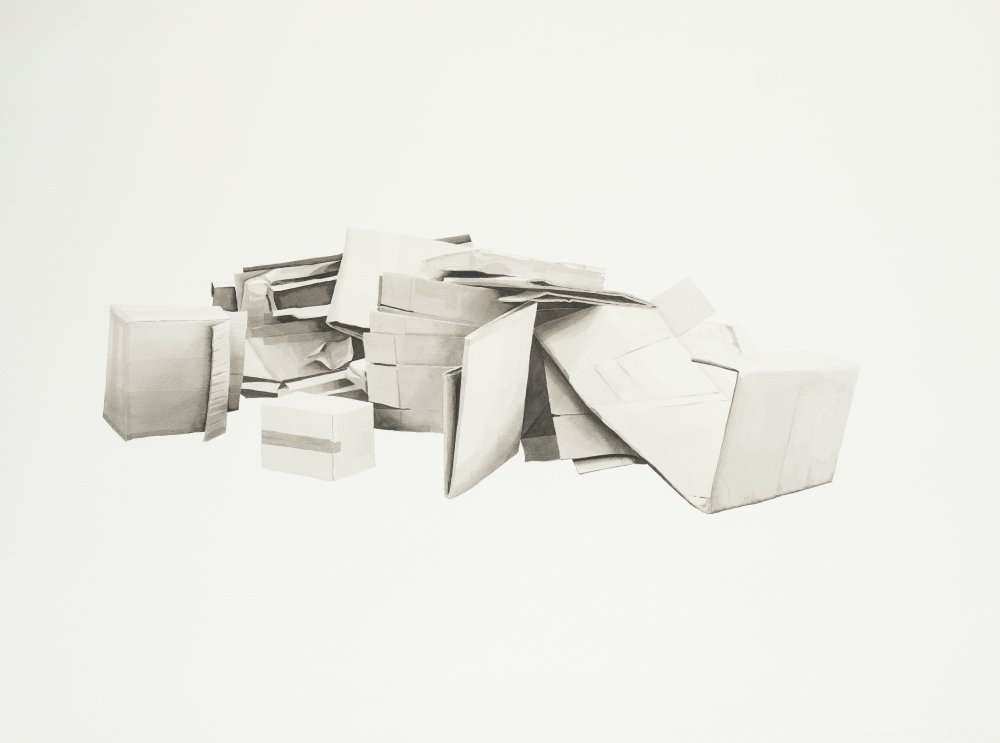 Frances Richardson
In an attempt to deny their mortality III, 2021 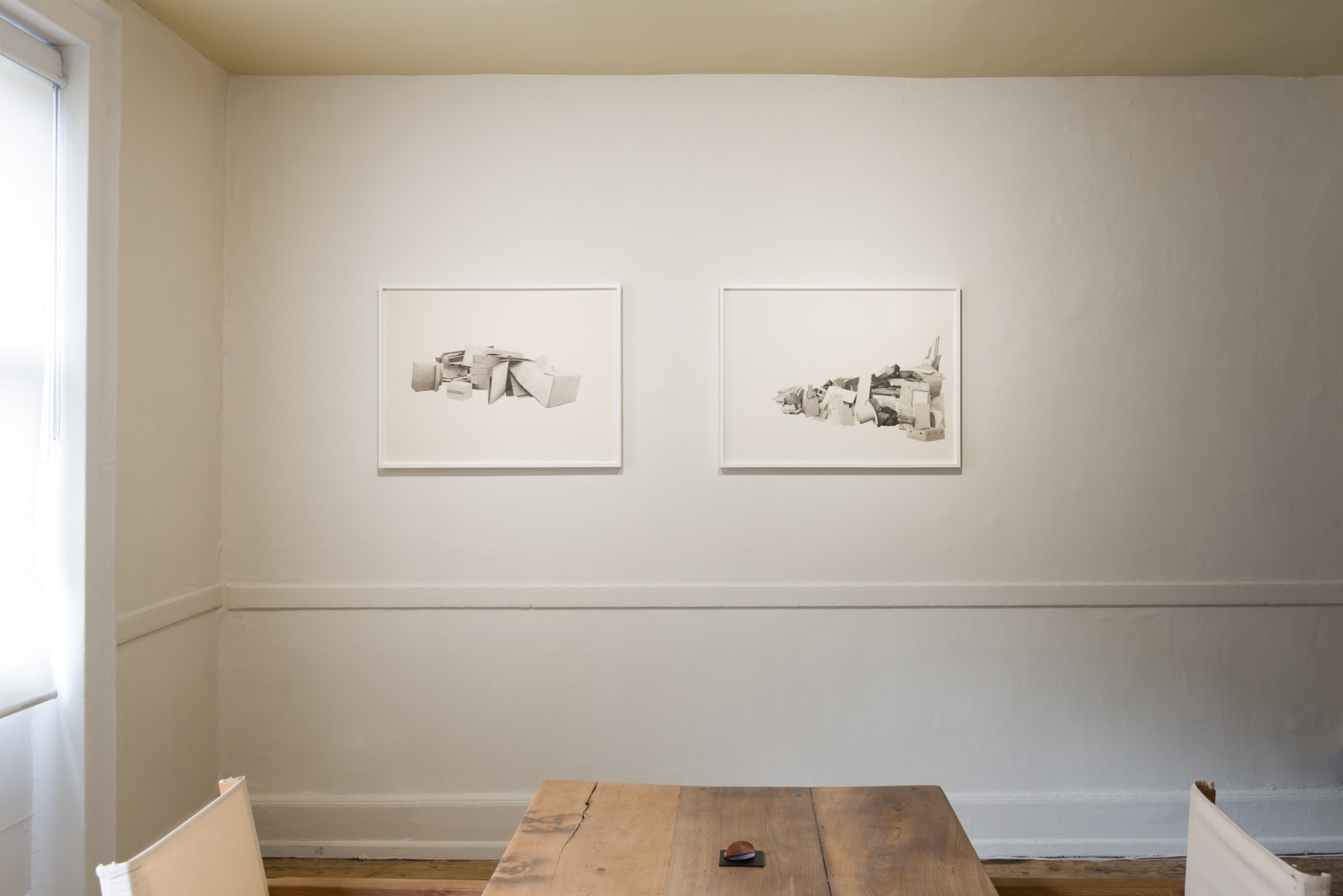 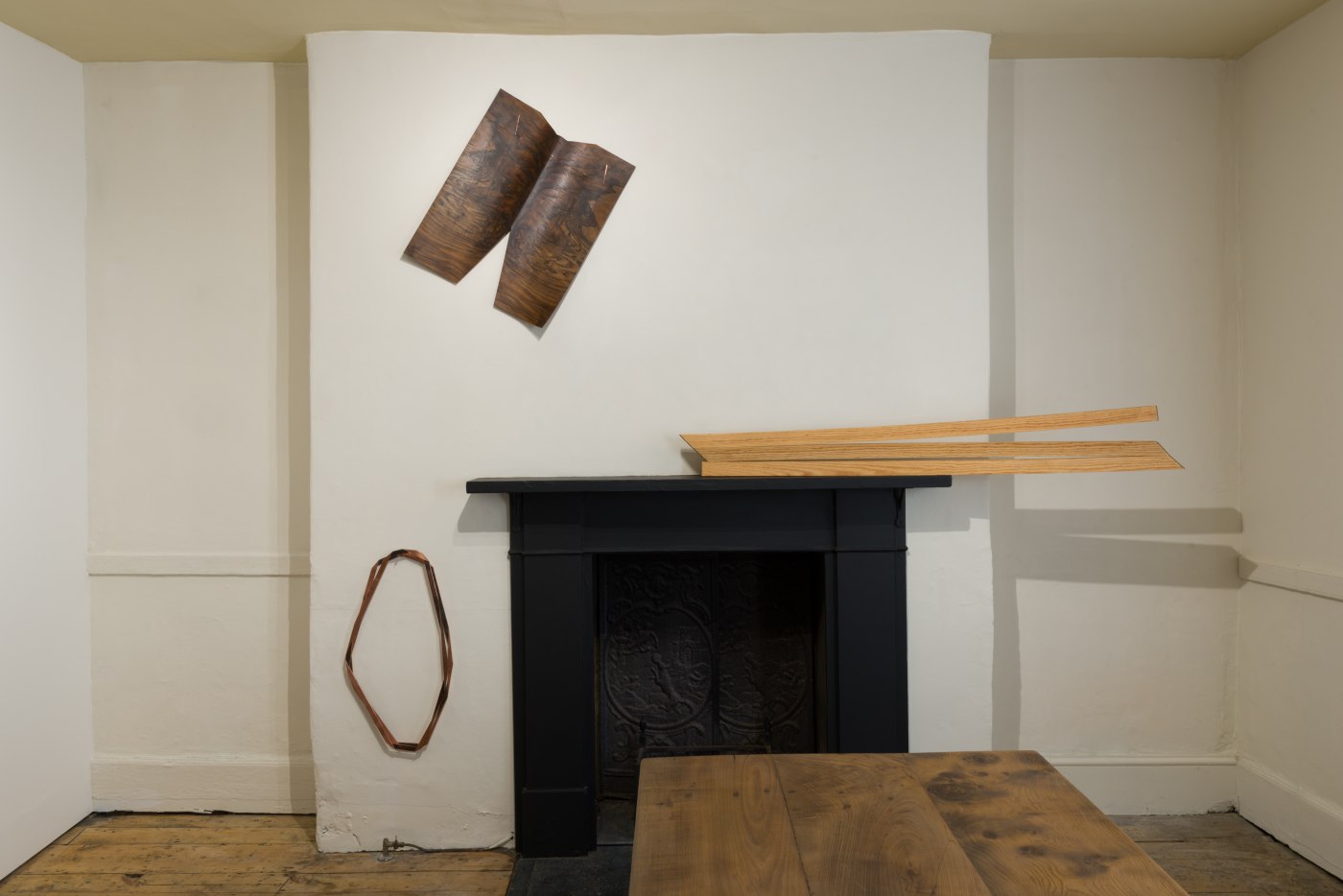 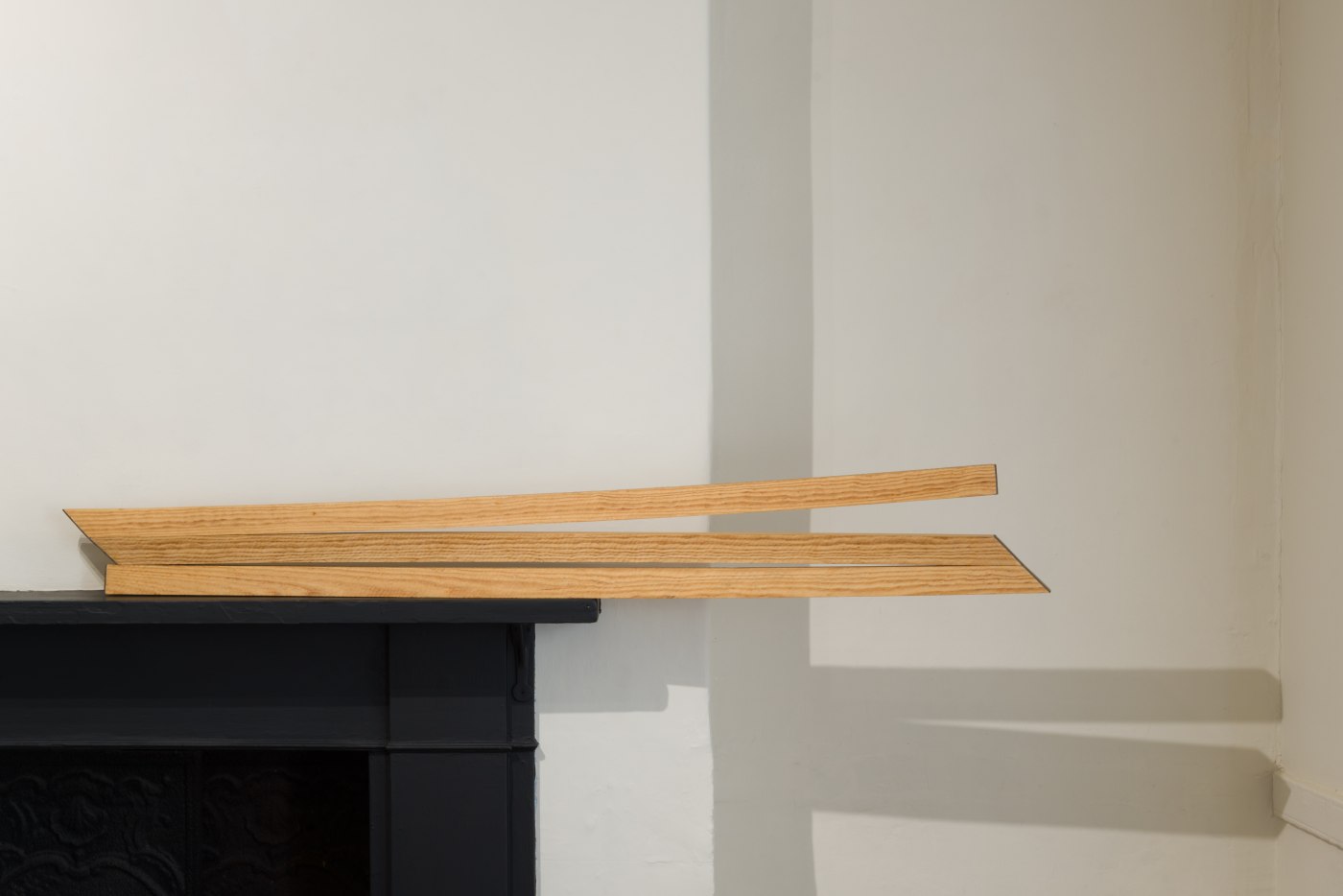 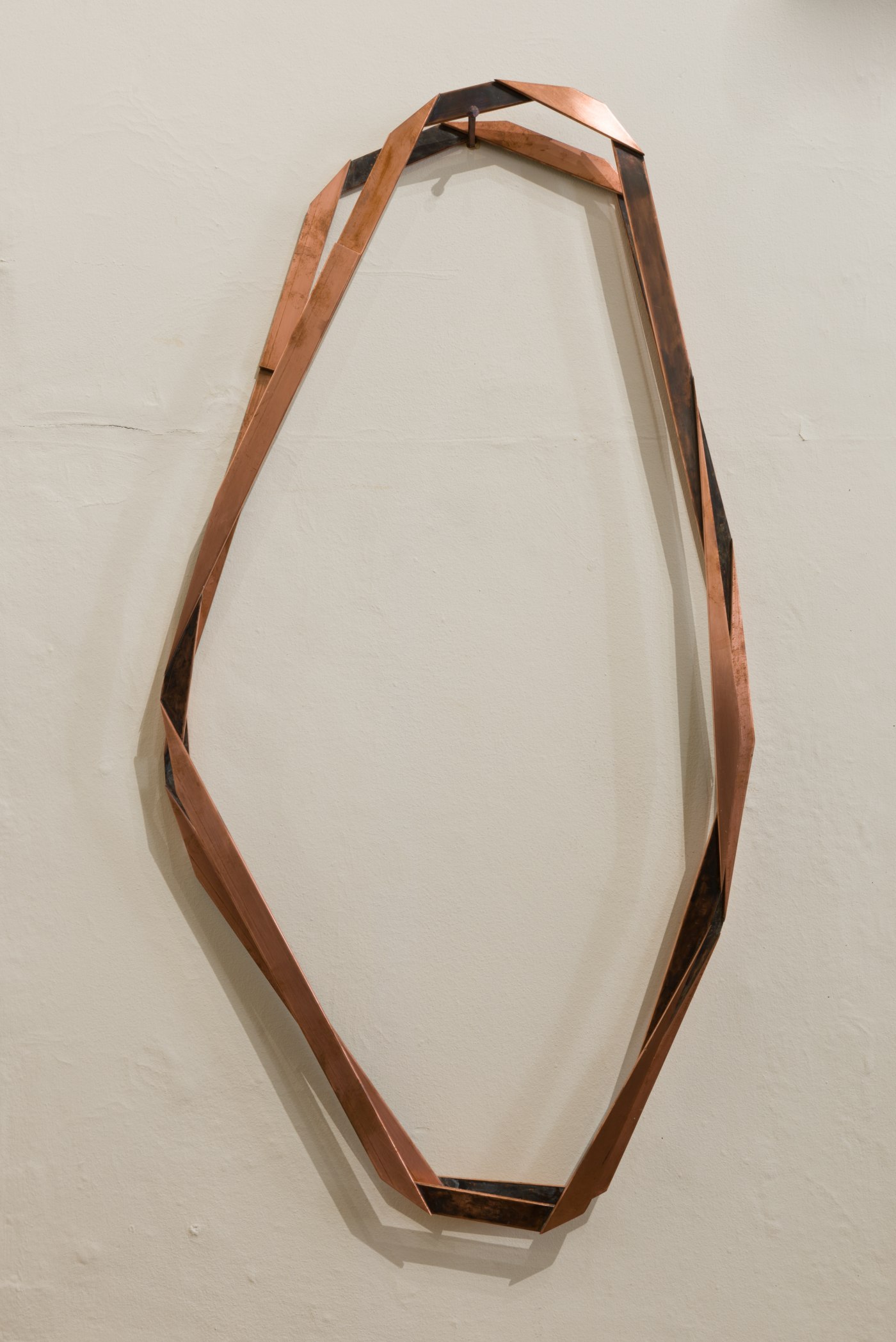 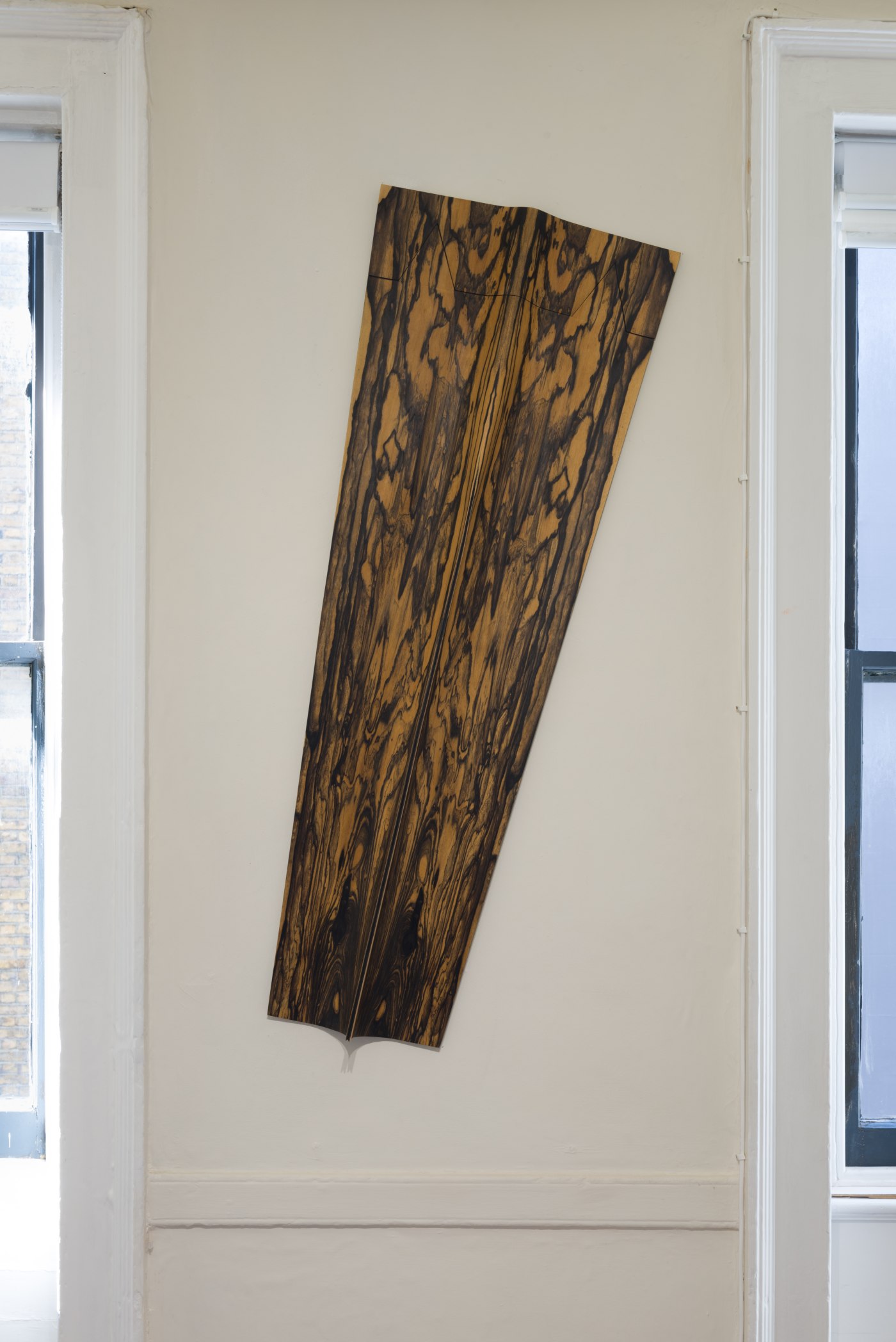 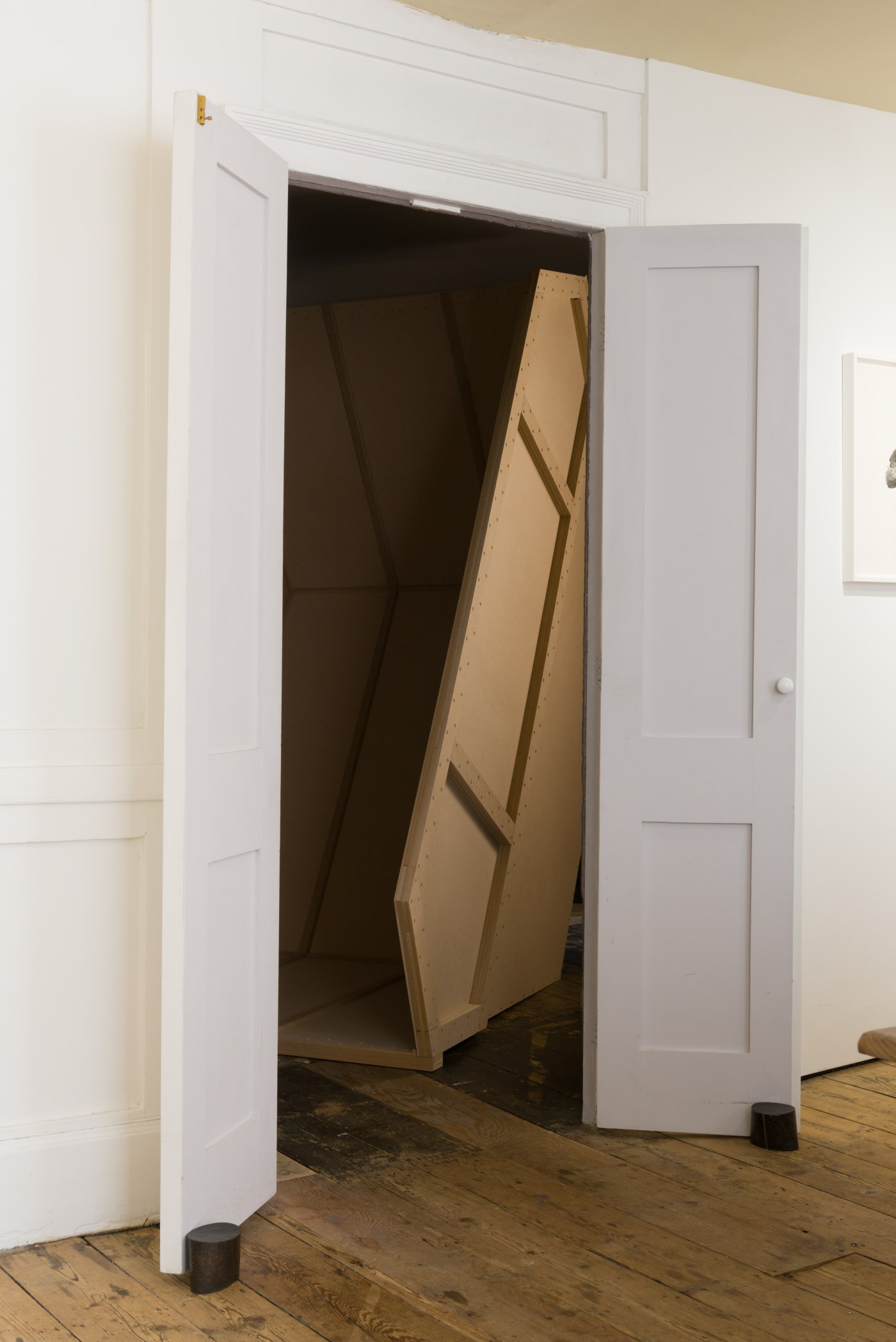 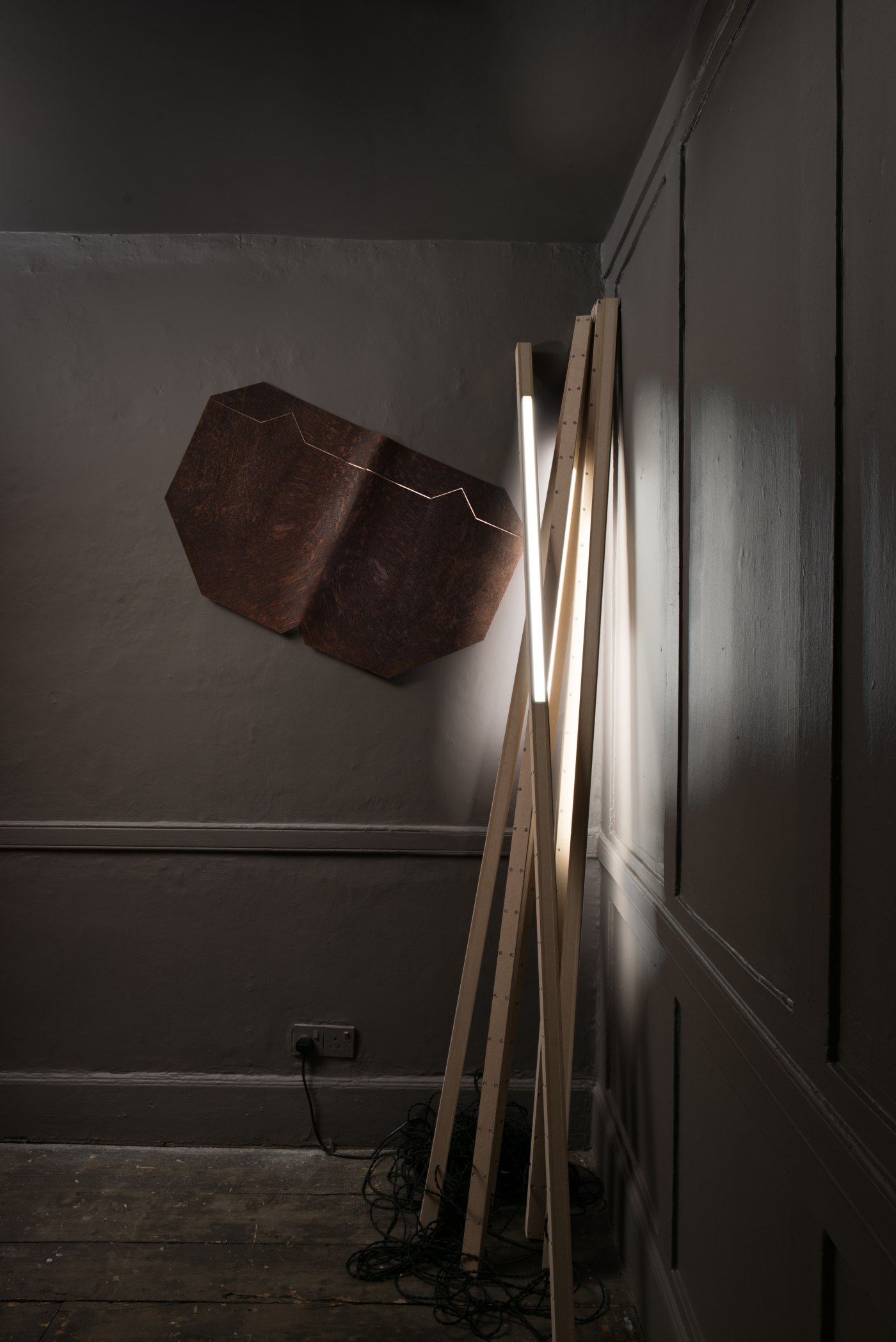 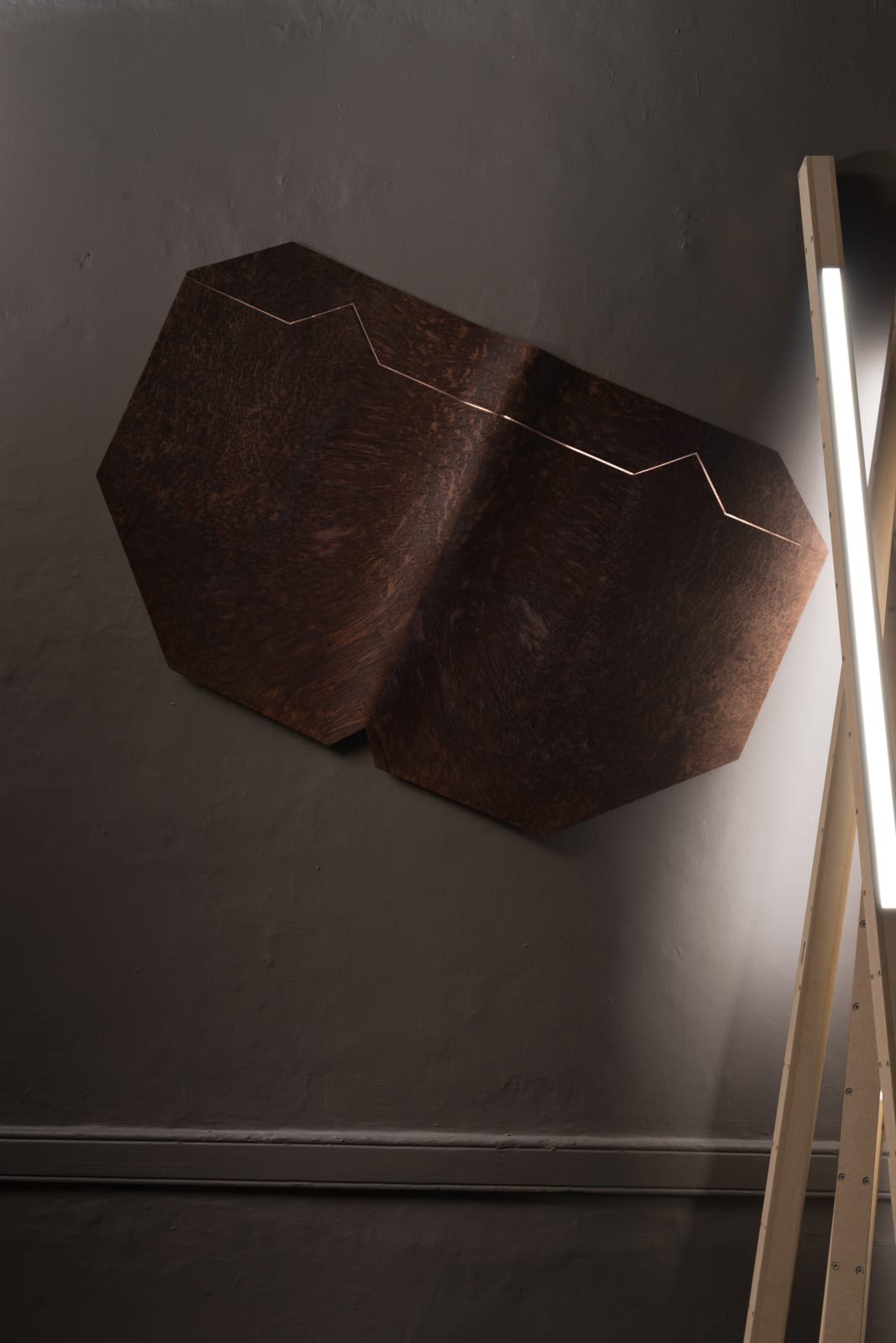 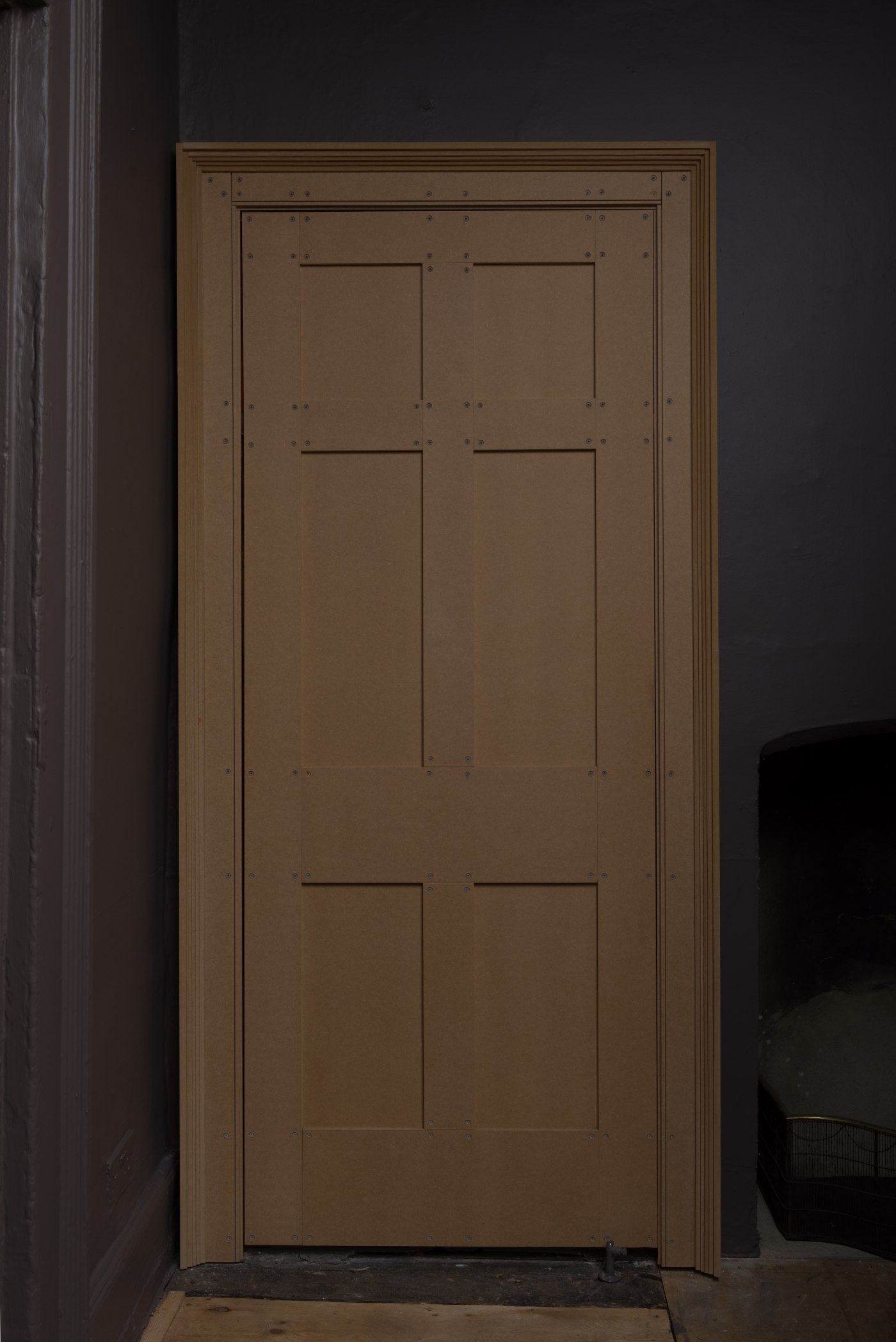 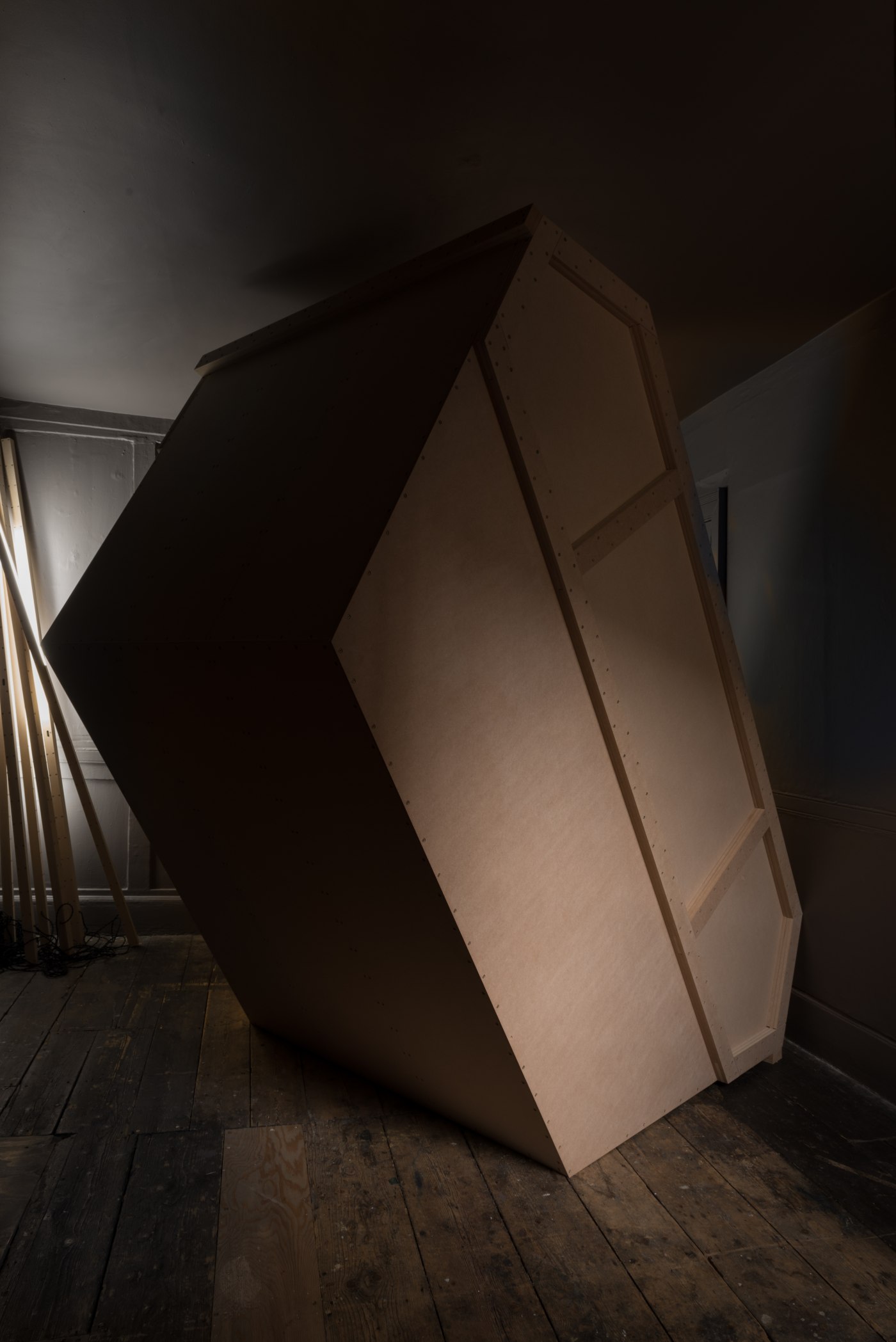 Whether in her MDF ‘drawings’ of recognisable objects, as Richardson describes works such as Object for thinking about filling and Object for thinking about opening, or in her imagined ‘moths’ series, Richardson draws attention to the innate qualities of materials. Her use of MDF sits in tension with the objects it appears to represent. Made and installed to be deliberately without function, these objects are what Richardson refers to as ‘phantom reals’, physical reflections that exist as echoes of an original. Her ‘real phantoms’, meanwhile, are less recognisable. These Rorschach-like geometric objects made from book-matched wood veneer, a material that is an explicit visual record of time, cling tentatively to the walls. However, these ‘moths’ are far from the transient, ephemeral creatures their name might suggest.

The title piece of the show, If I measure it must exist, is made from a length of pine cut into three pieces and folded. Resting somewhat provisionally on the edge of a gallery table, it evokes a hinged ruler recently put down after use. Unpredictably, however, this ‘ruler’ has no numbers, with only its wild grain and the artist’s rhythmically gauged marks suggesting anything against which to measure.

Richardson’s approach is never linear. Noting that the gallery does not have ceiling lights, the artist was prompted to make a collection of lamps. Simple and elegant, these lamps are at once sculptural and functional. When directed close to the ‘moths’, the light they emit is like a beam from a photocopier scanning in slow motion, illuminating the exquisite, smooth surface of the veneer.

Frances Richardson (b. 1965, Leeds, UK) received her MA in Fine Art Sculpture from the Royal College of Art, London in 2006. Previous to this she studied BA (Hons) Fine Art at Norwich School of Art and Design, Norwich. Following this course, Richardson received a Commonwealth Foundation Fellowship and trained as a Yoruba carver under Master Carver Segun Faleye in Nigeria. Later studies brought her to the Sculpture MA at the Royal College of Art. Richardson exhibits both nationally and internationally. Key solo exhibitions include: Not even nothing can be free from ghosts, Standpoint Gallery, London 2018, In times of brutal instability, Chiara Williams Contemporary Art, London Art Fair 2018, Performed object: Fig.090616, Concrete Canvas, Treforest Industrial Estate, Cardiff 2016, Loss of object and bondage to it Fig.2, Bermondsey Square Sculpture Commission, Vitrine Gallery, London 2015, Loss of object and bondage to it, Lubomirov-Easton, London 2014 and Ideas in the Making: drawing structure, Trinity Contemporary, London 2011. In 2021 Richardson received the prestigious Bryan Robertson Trust Award. Other recent awards include the Mark Tanner Sculpture Award and Chiara Williams Contemporary Art SOLO AWARD (both 2017). She was nominated for the Max Mara Art Prize for Women 2015-17 in collaboration with Whitechapel Gallery. Frances Richardson will give the 2022 Courtauld Institute of Art Sculptural Processes Group’s Annual Artist’s Talk.

Courtesy of the artist and Karsten Schubert London