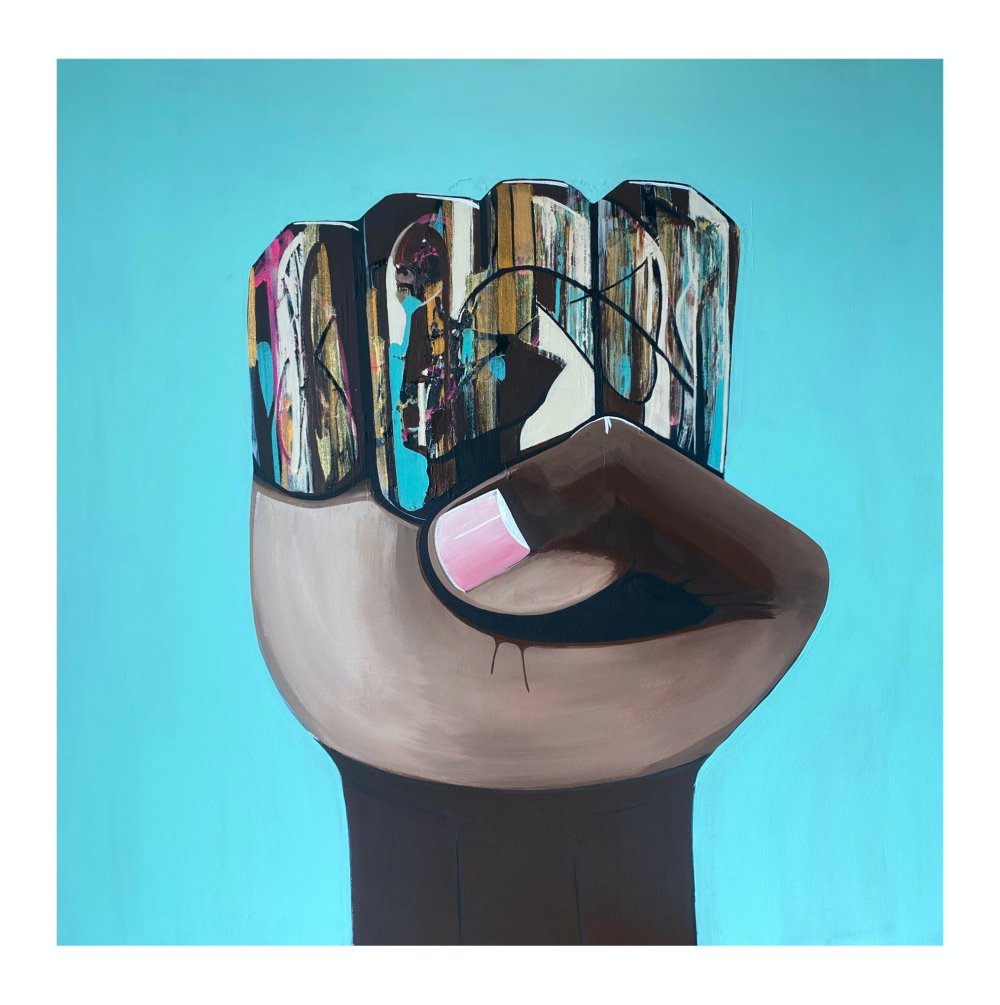 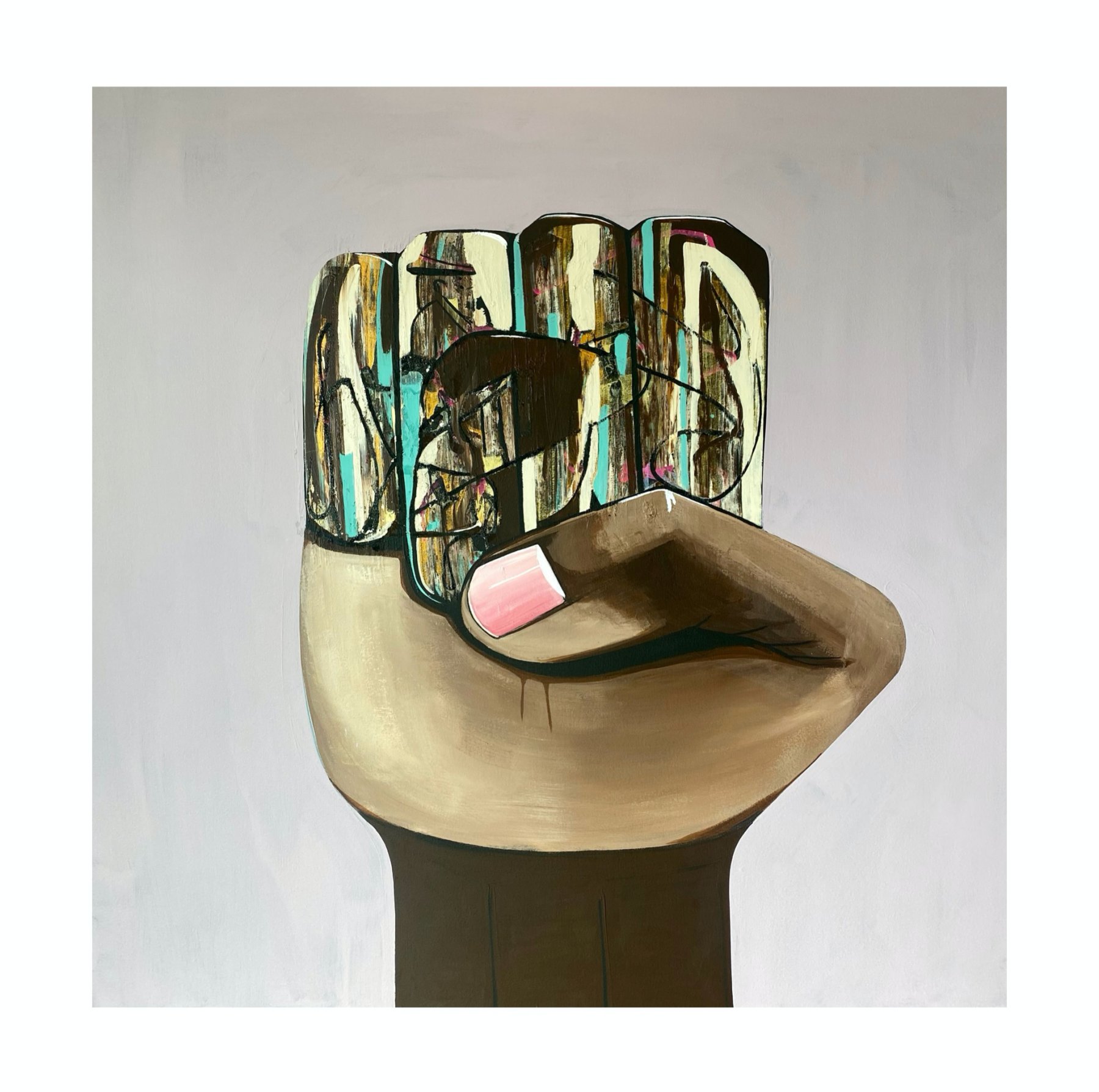 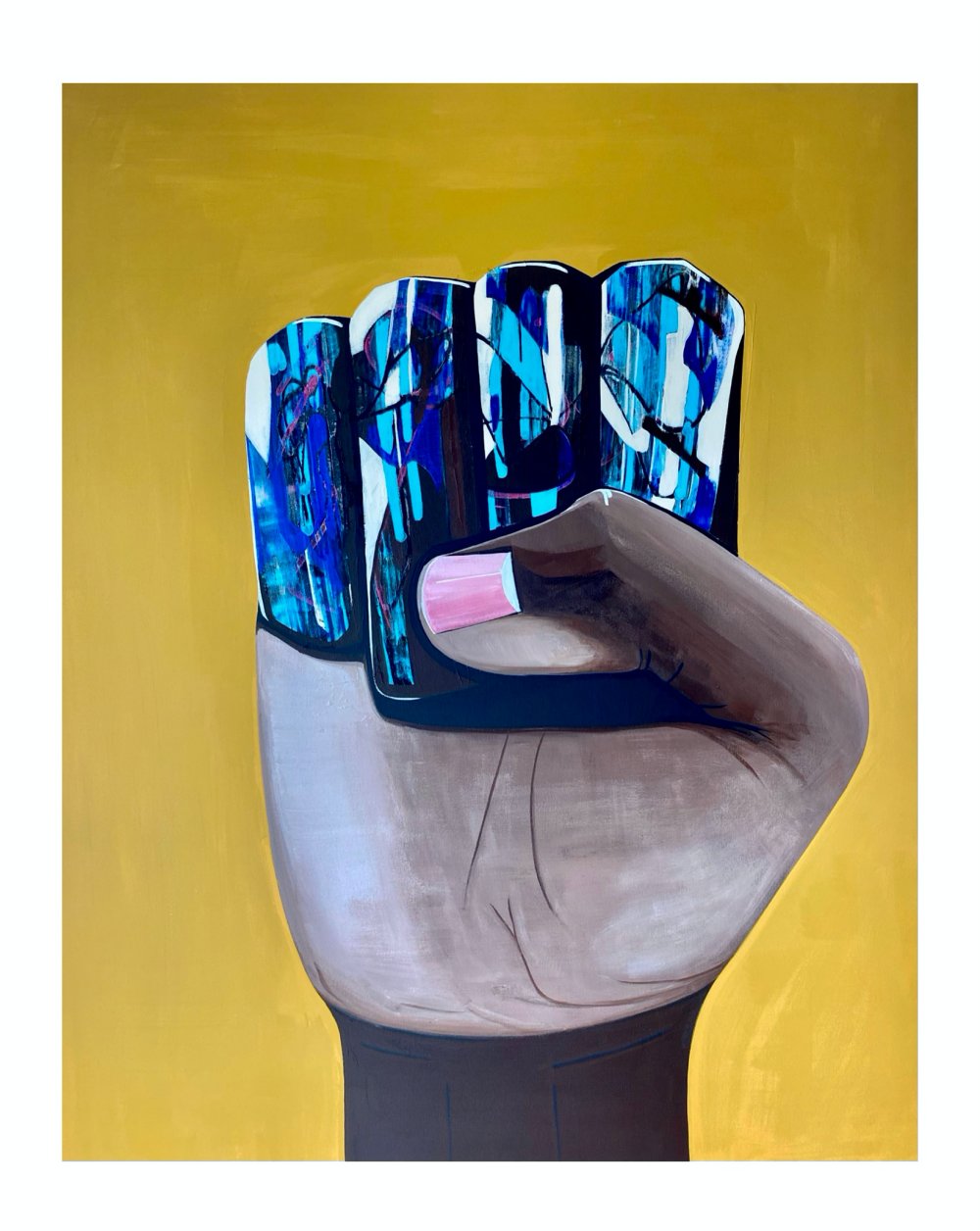 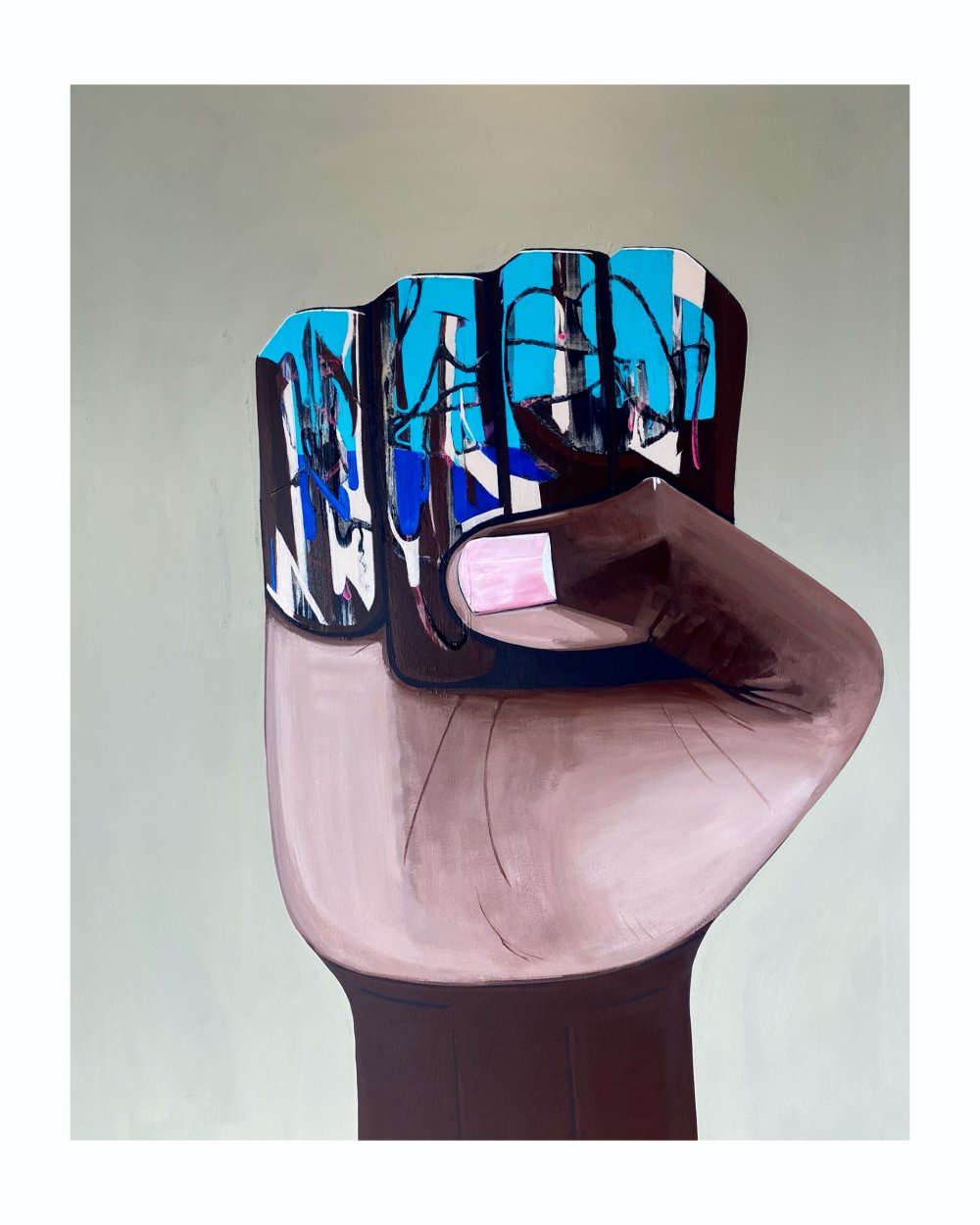 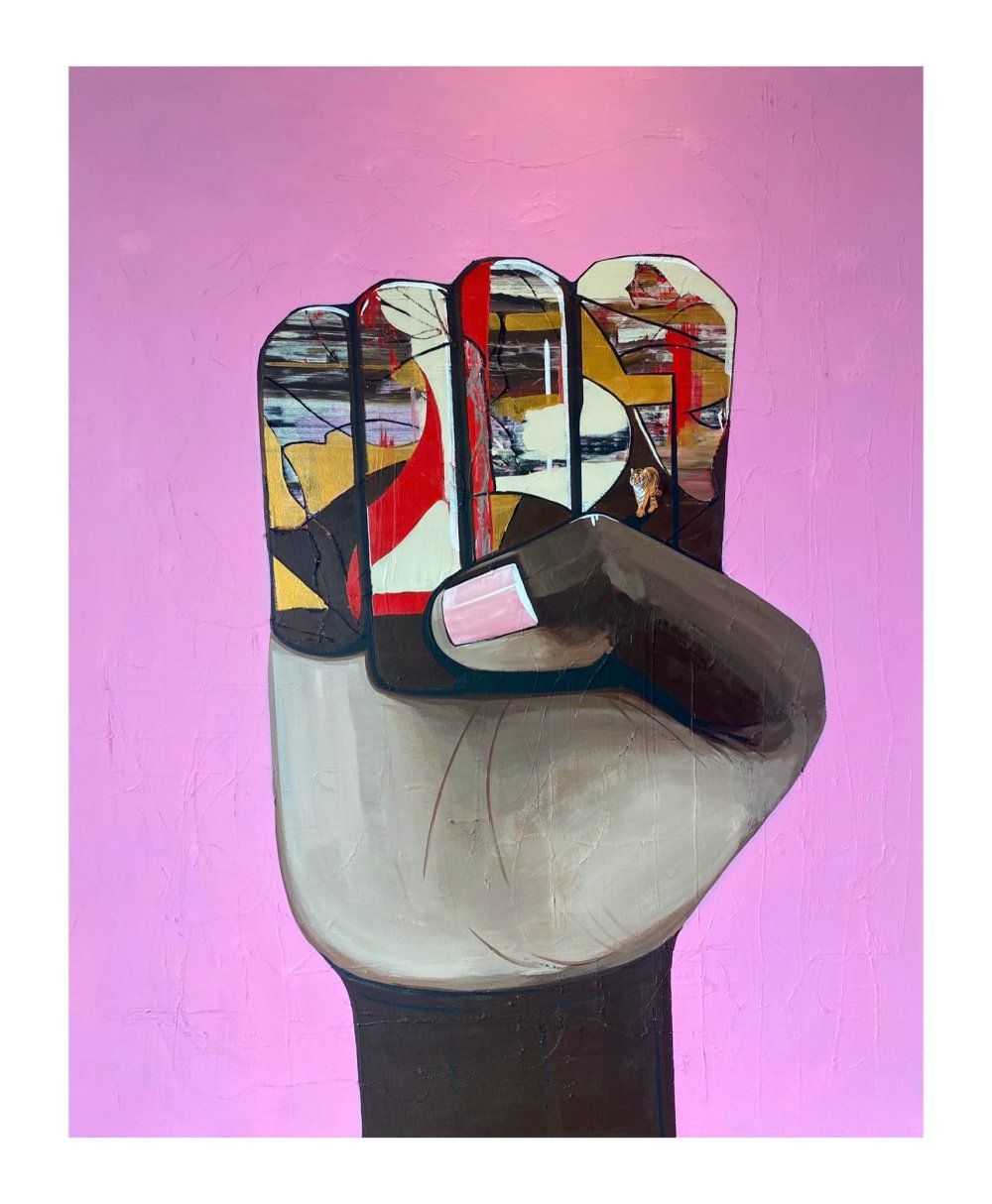 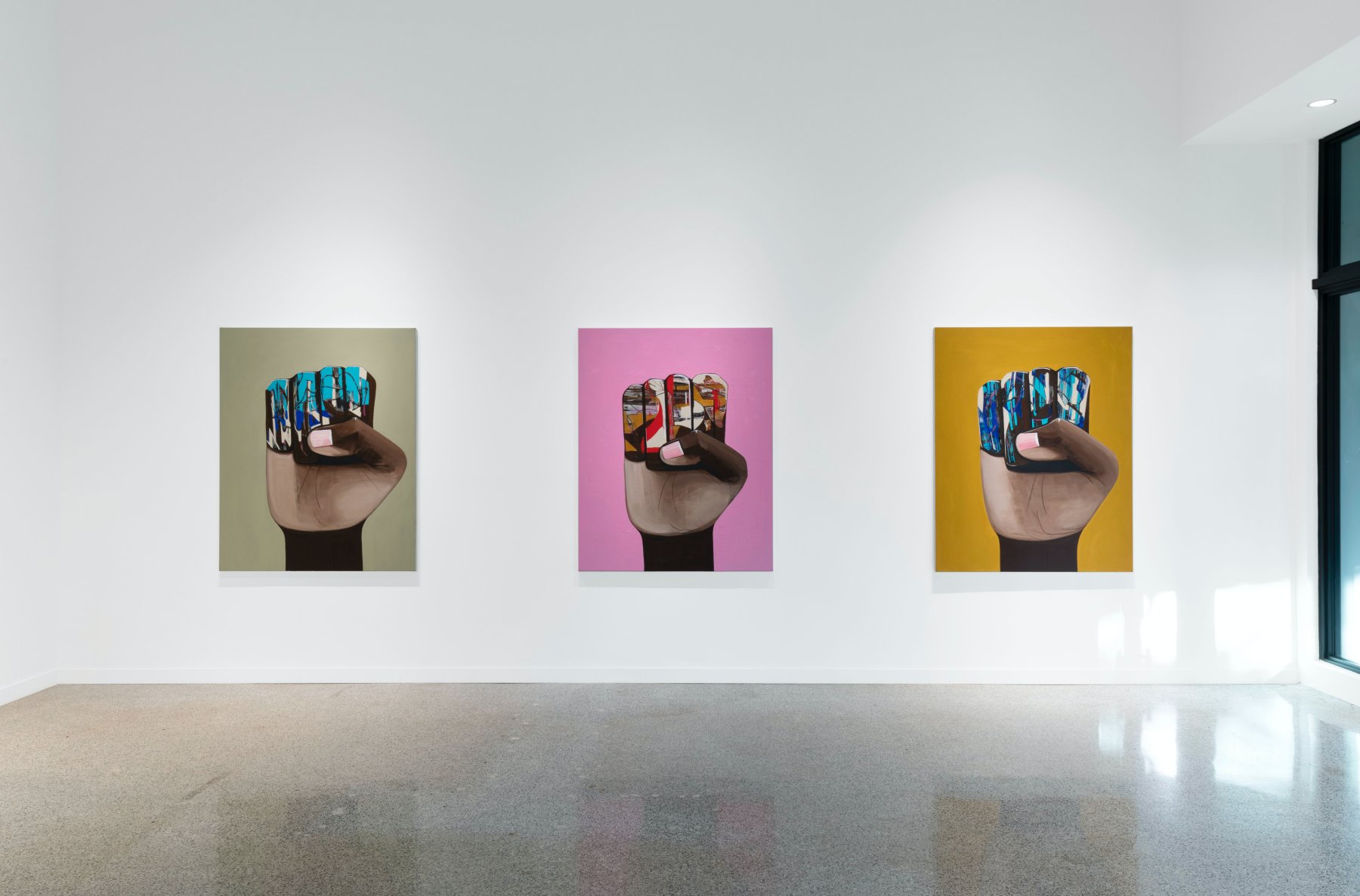 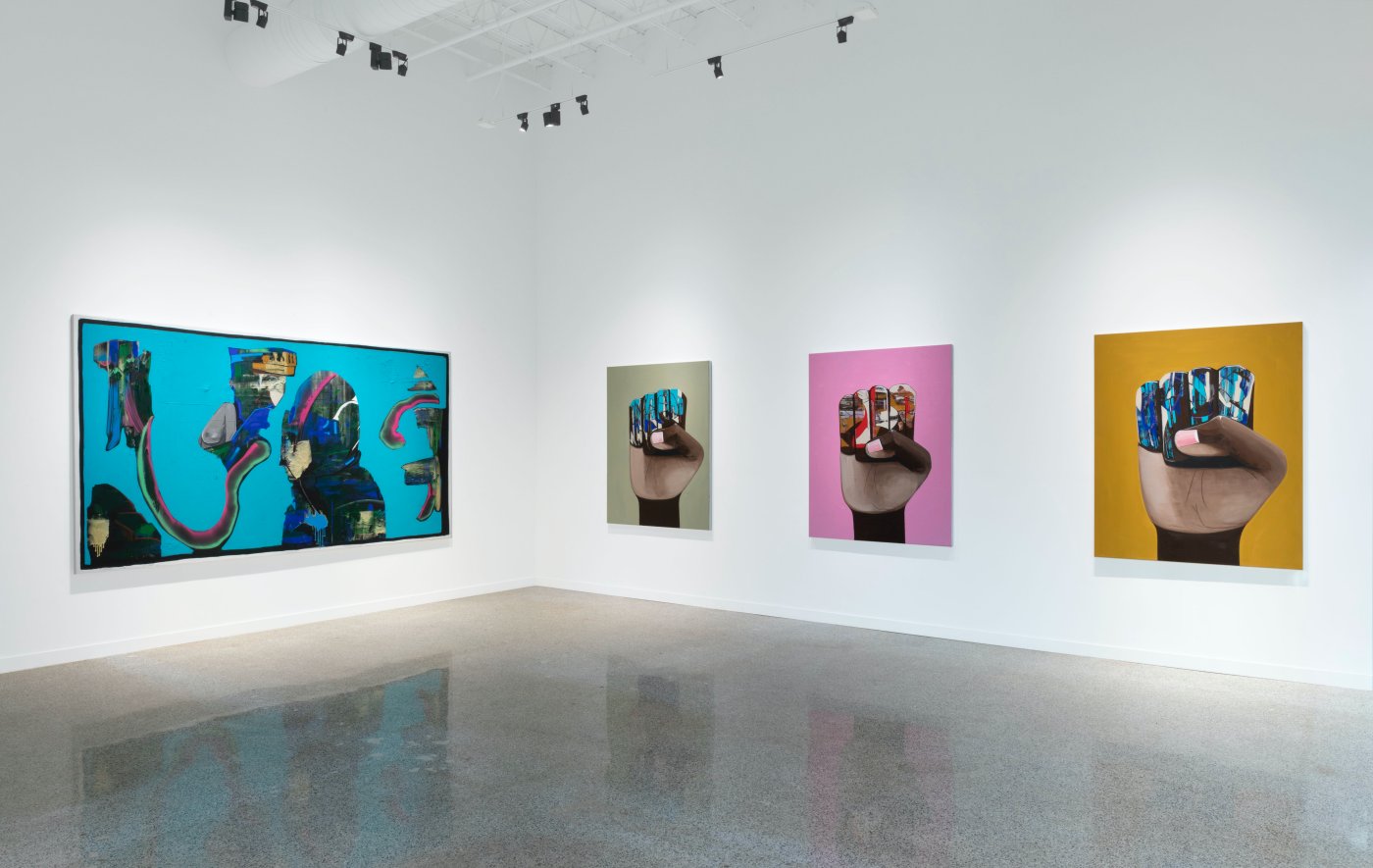 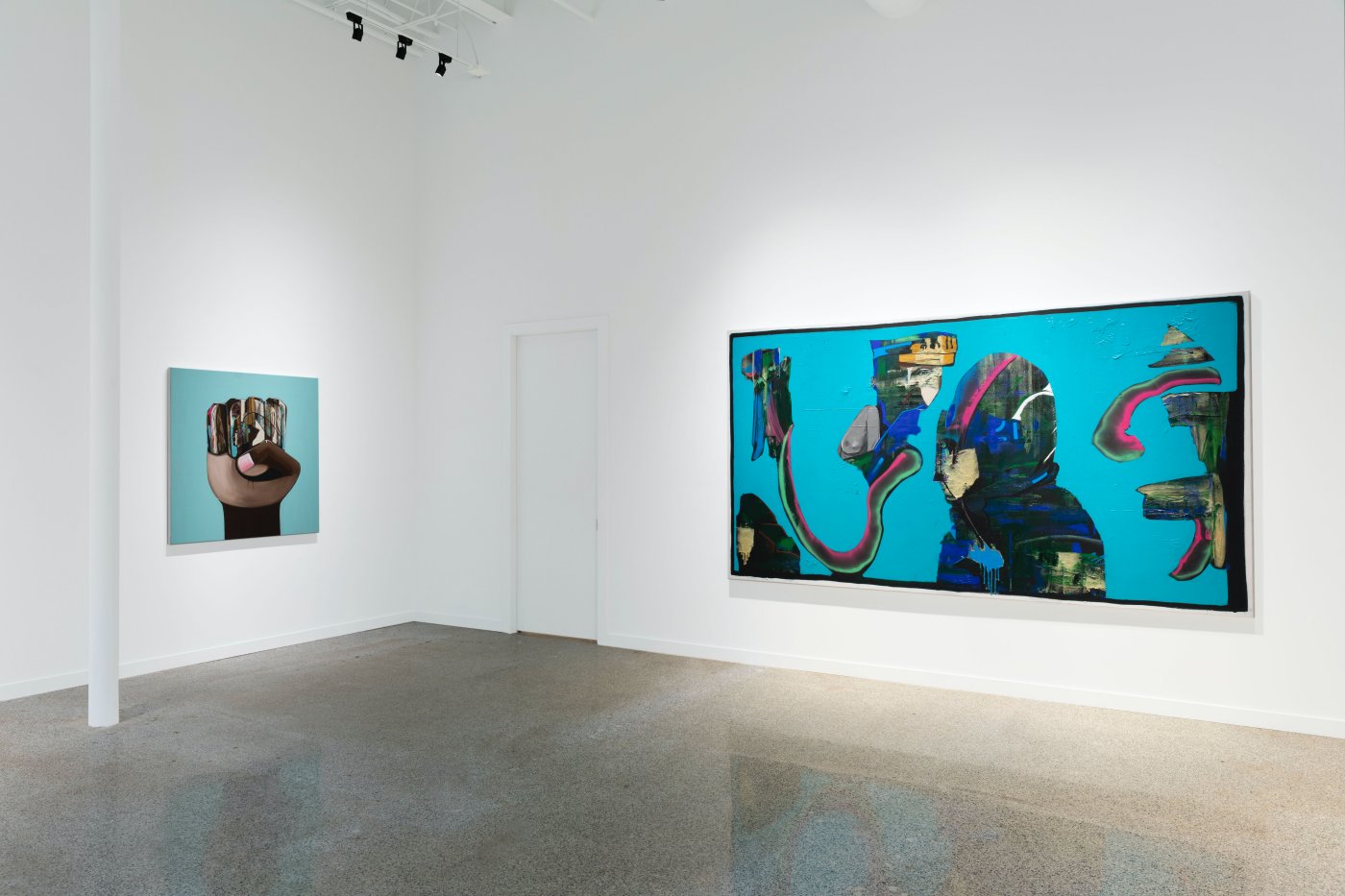 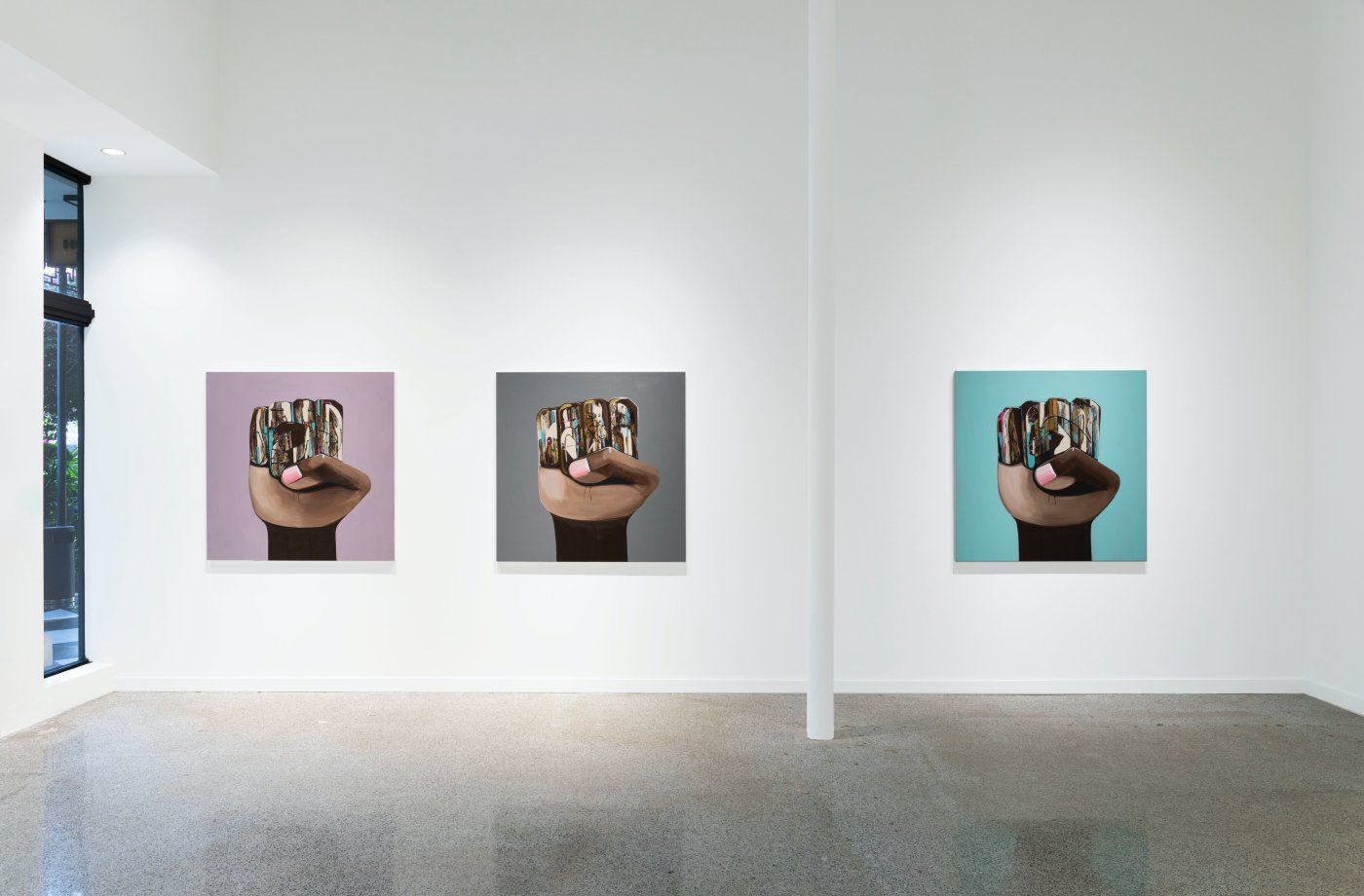 This responsive visual chronicle scrapes back the layers that constitute the town’s glamorous façade to uncover communities hiding in plain sight.

Forrest’s investigations into Palm Beach’s past revealed a parallel with his personal history; when Forrest was a child his stepfather operated several gambling sites concealed within the shells of legitimate businesses. In the late 19th century Palm Beach was home to a predominantly Black settlement called The Styx, which included a network of speakeasies disguised as legal establishments known as “blind tigers.” Behind hidden entrances the pulse of a vital circuit of nightlife and entertainment throbbed; Forrest in turn was inspired to repurpose a familiar form as the vessel for images that manifest for those who know to look for them.

Six of the seven works in the exhibition take the form of the Black Power fist featured prominently in Forrest’s earlier work; like the underground networks of The Styx, however, these forms contain multitudes. Forrest’s process is equal parts painting and excavation, employing unconventional materials such as Gorilla Glue, which he uses as a base to mix with acrylic colors and as a means of establishing a sculptural dimension in his work. Subcutaneous layers of paint are partially scraped away to produce a reaction between what first meets the eye, and all that has come before. Peaks and gullies of impasto coalesce into the splintered timbers of a ship, evoking the 19th century wreck of the Providencia, whose coconut cargo would transform the landscape of Palm Beach in ways that endure into the present day. In Blind Tiger the spectral figures that flicker throughout Forrest’s other canvases wink in and out on plumes of aerosolized paint in the distinctly Floridian hues of hot pink, seafoam green, and teal. Like its namesake, Blind Tiger encapsulates a complex network of social relations within a modest exterior, inviting in the adventurous for a deeper dive.

Courtesy of the artist and GAVLAK Los Angeles / Palm Beach.