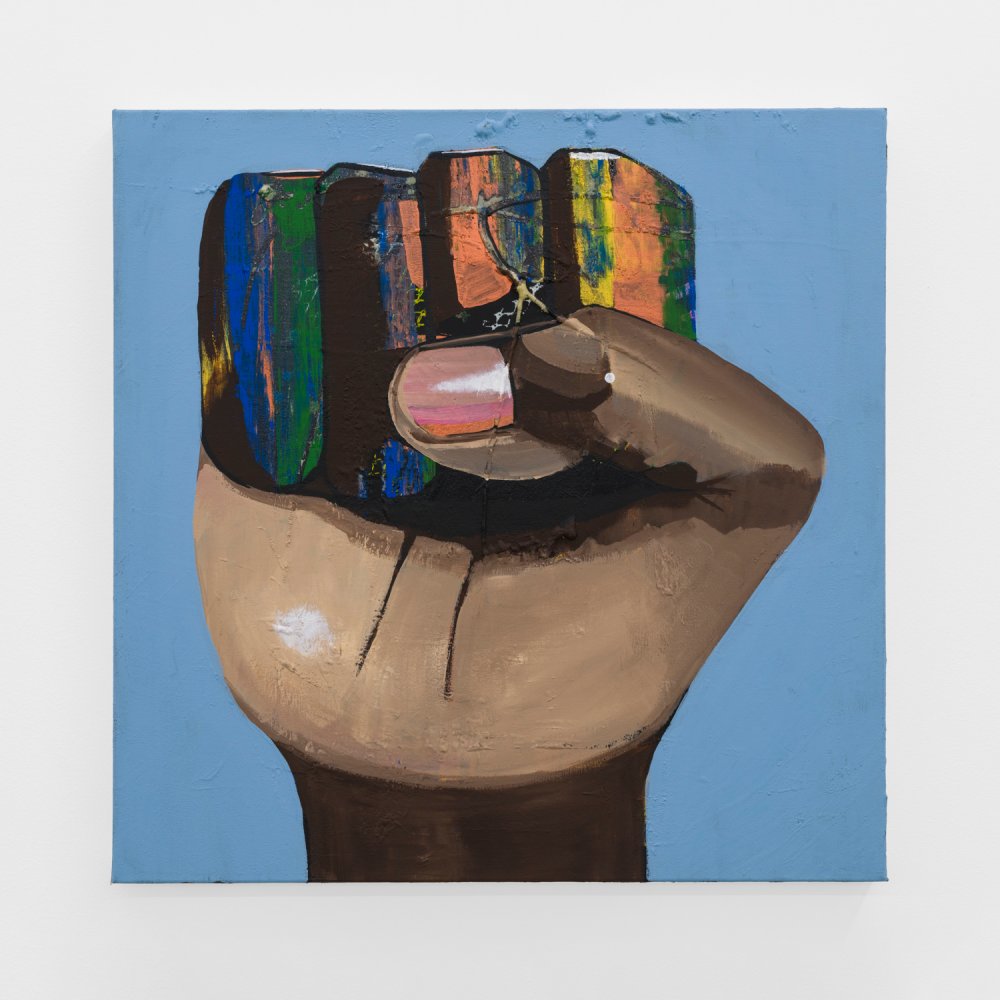 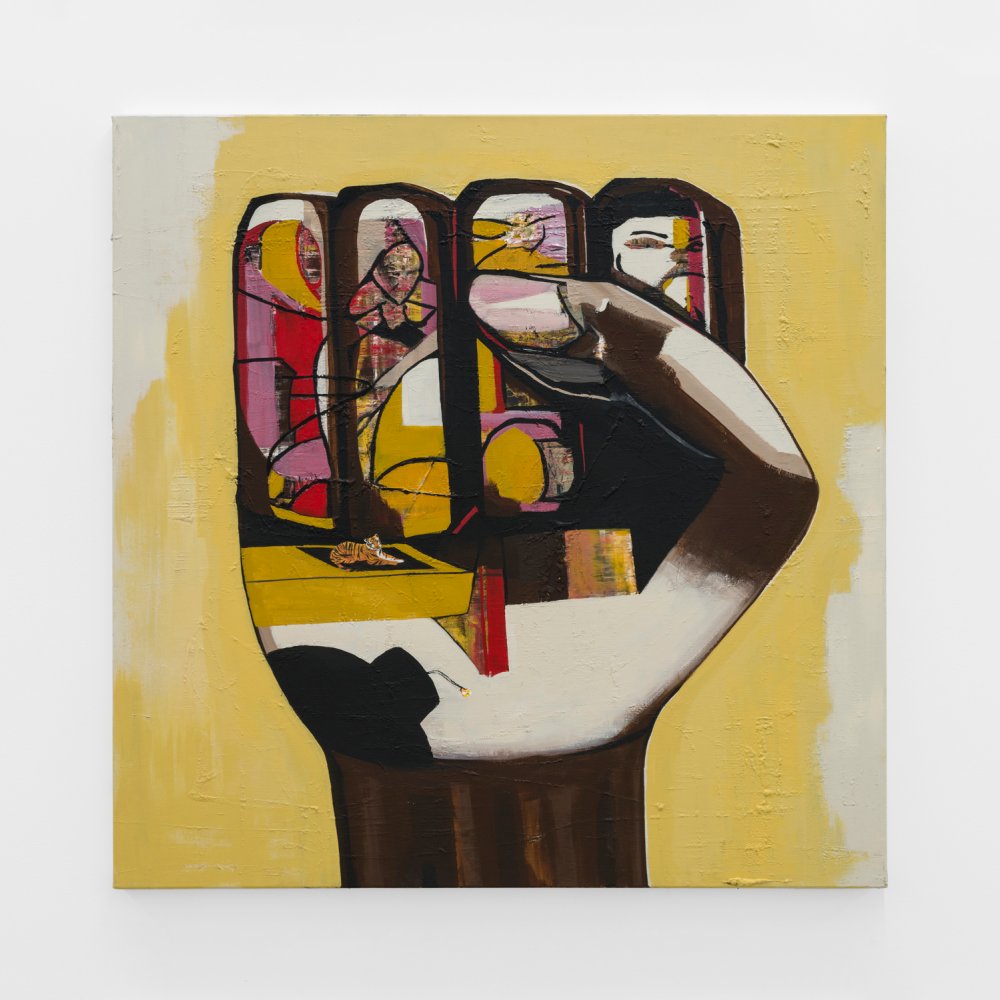 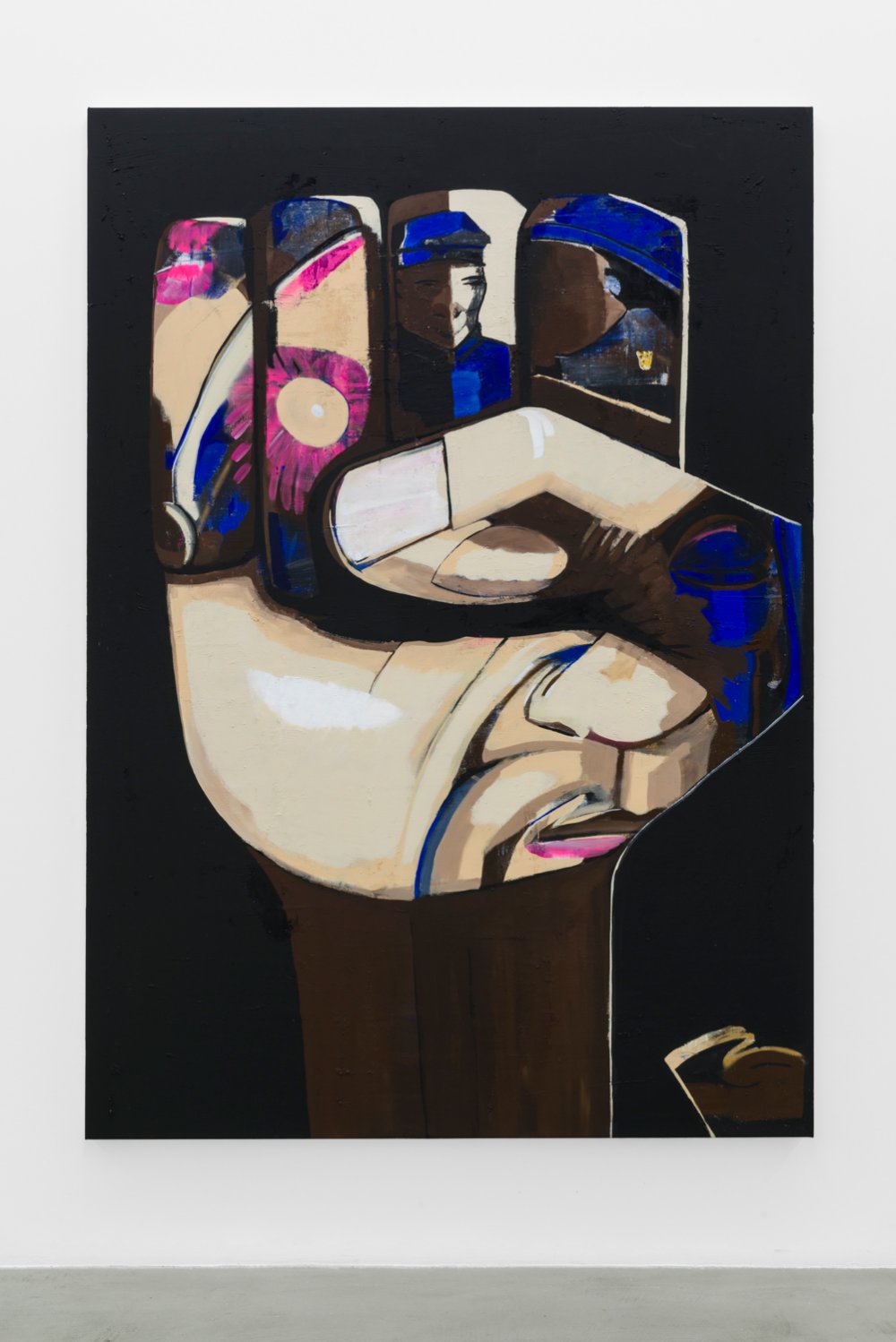 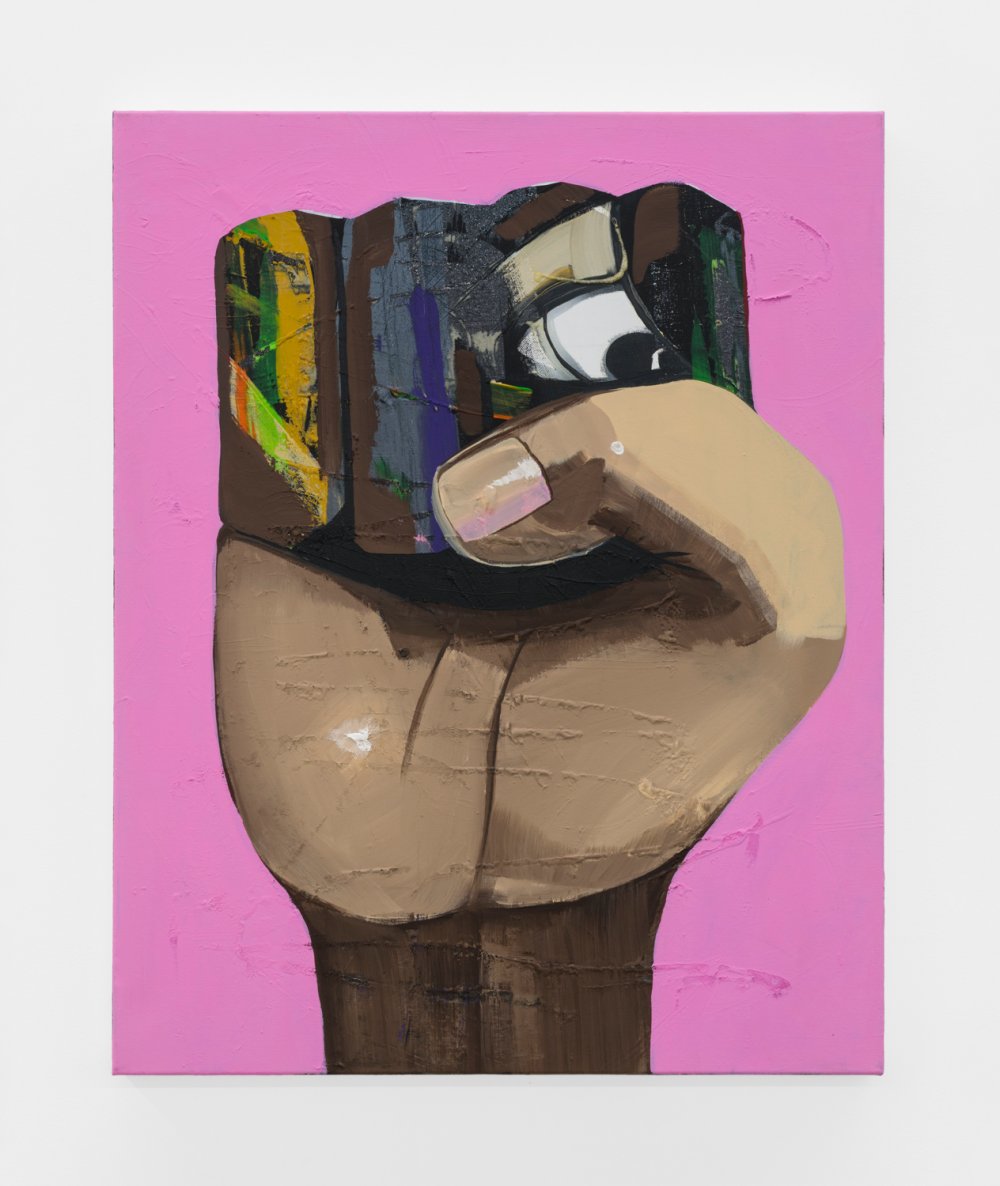 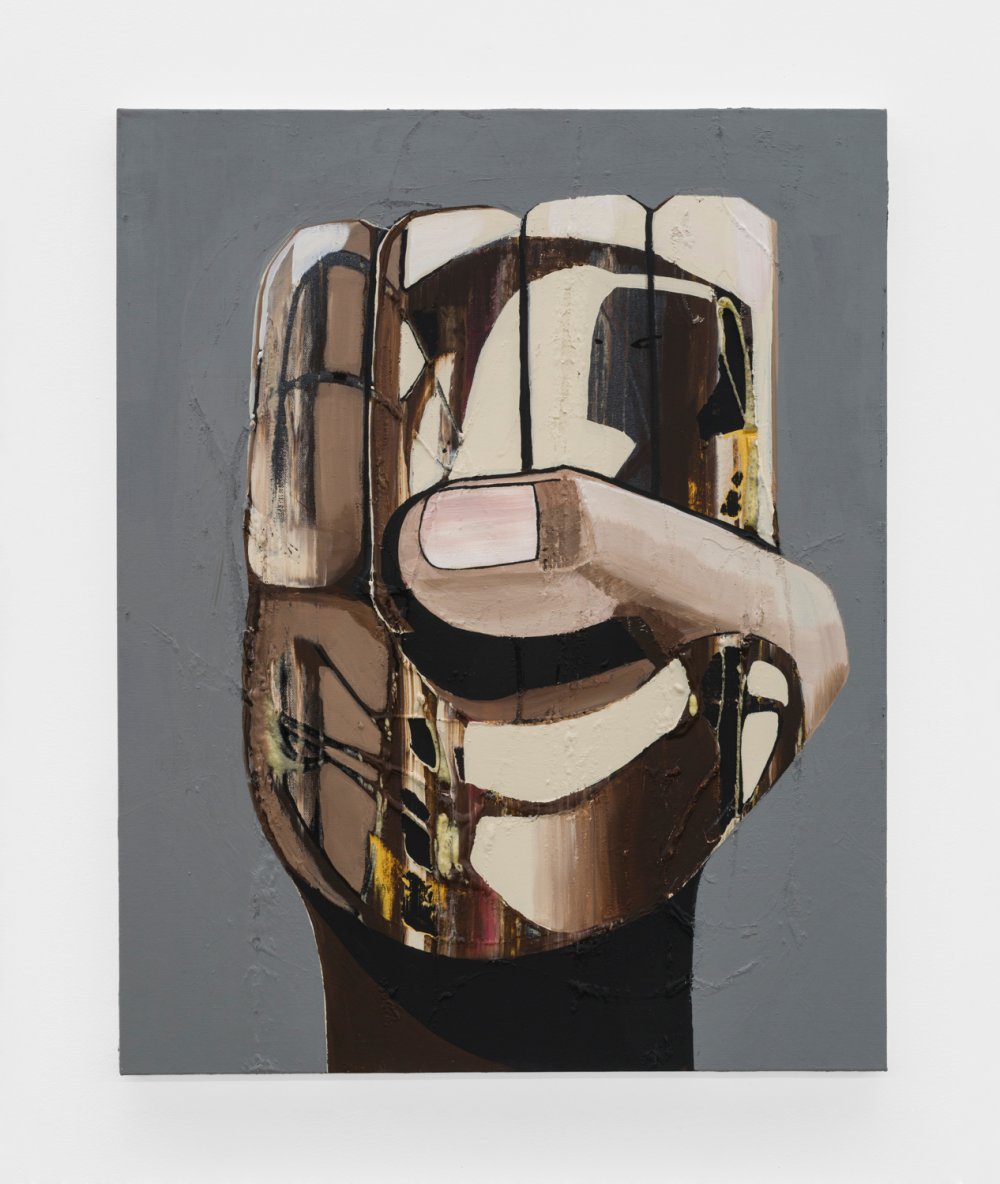 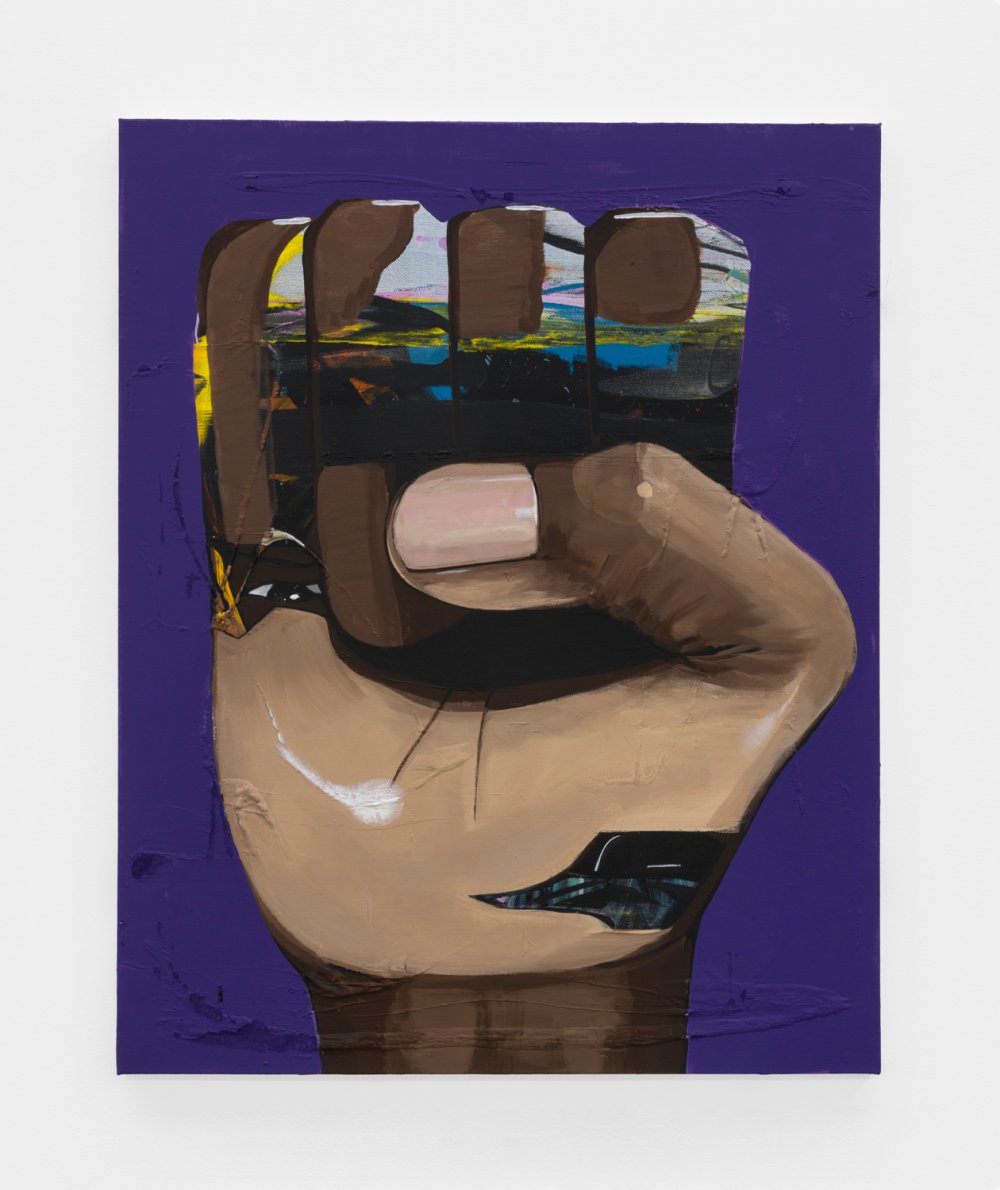 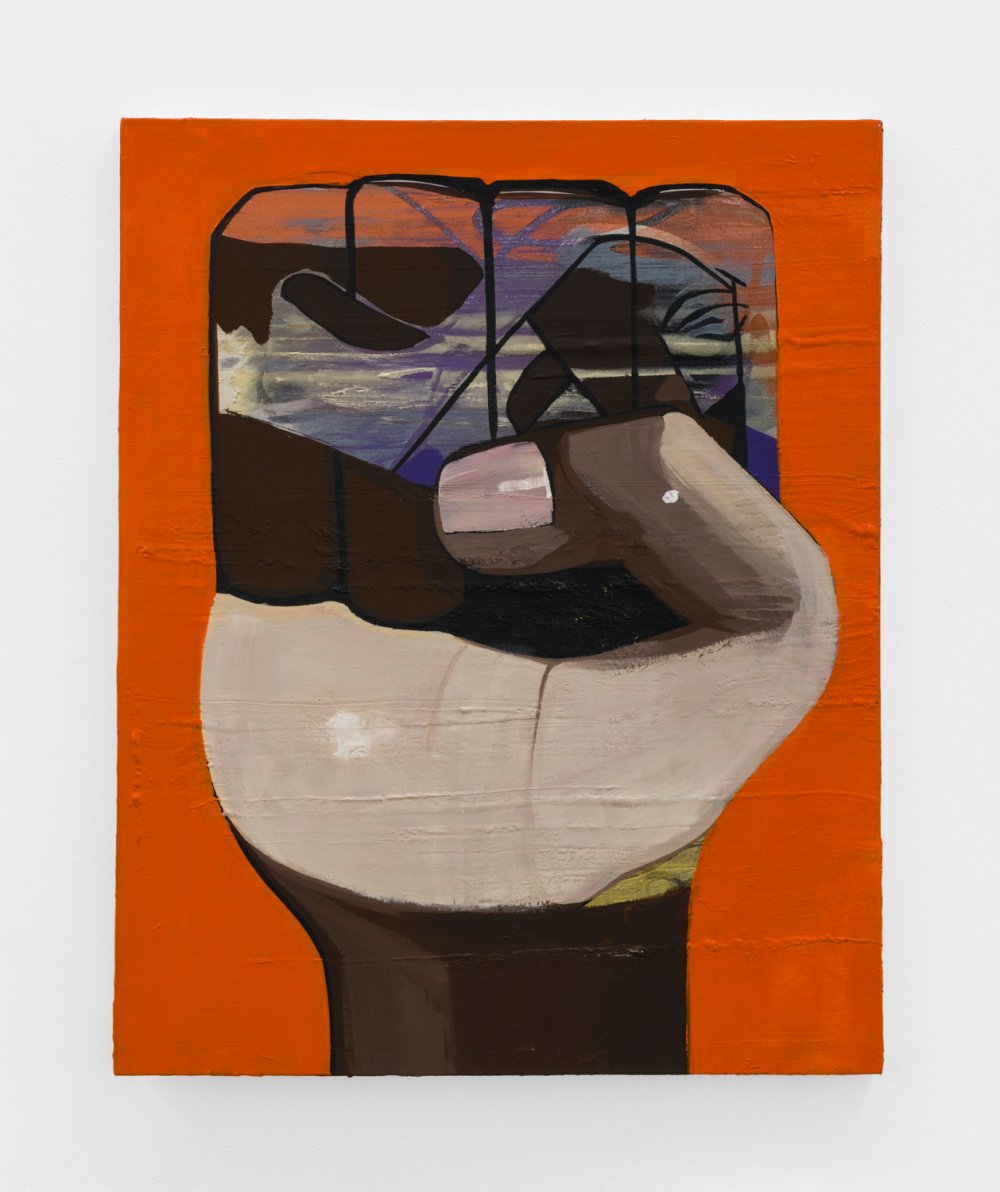 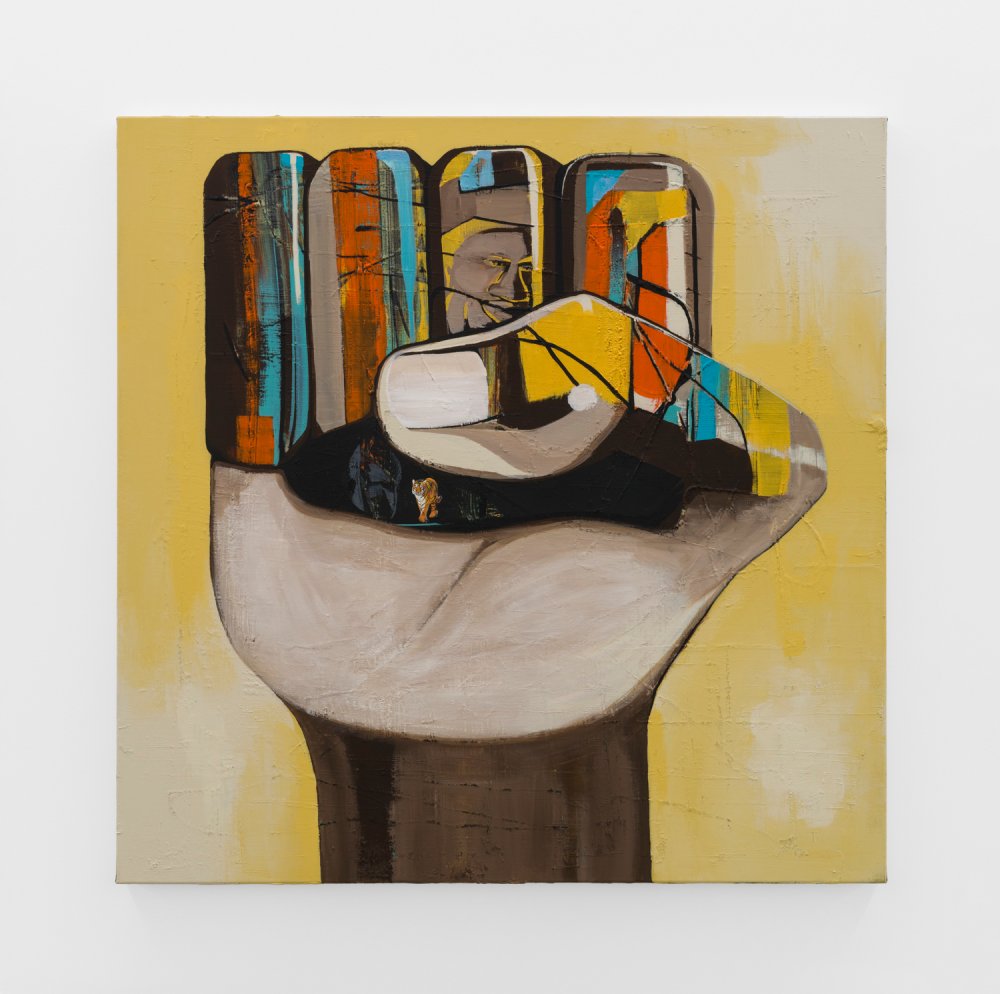 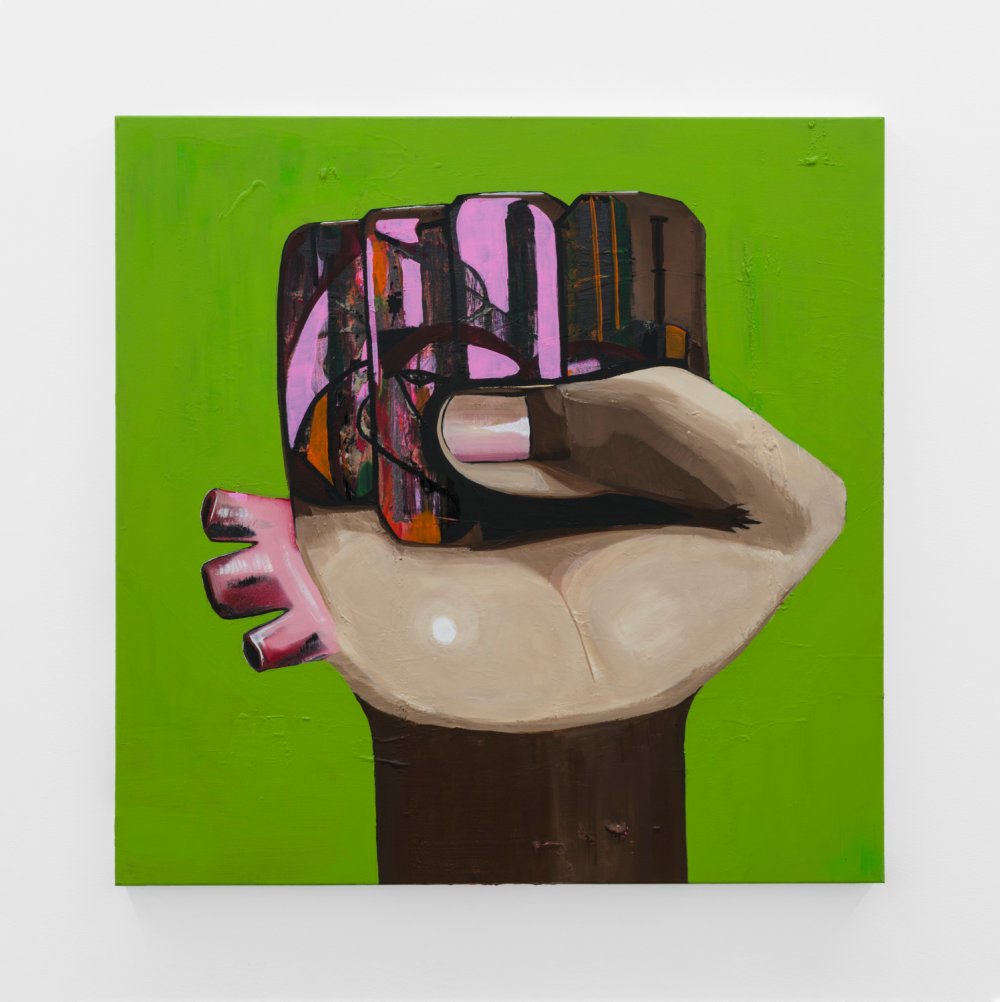 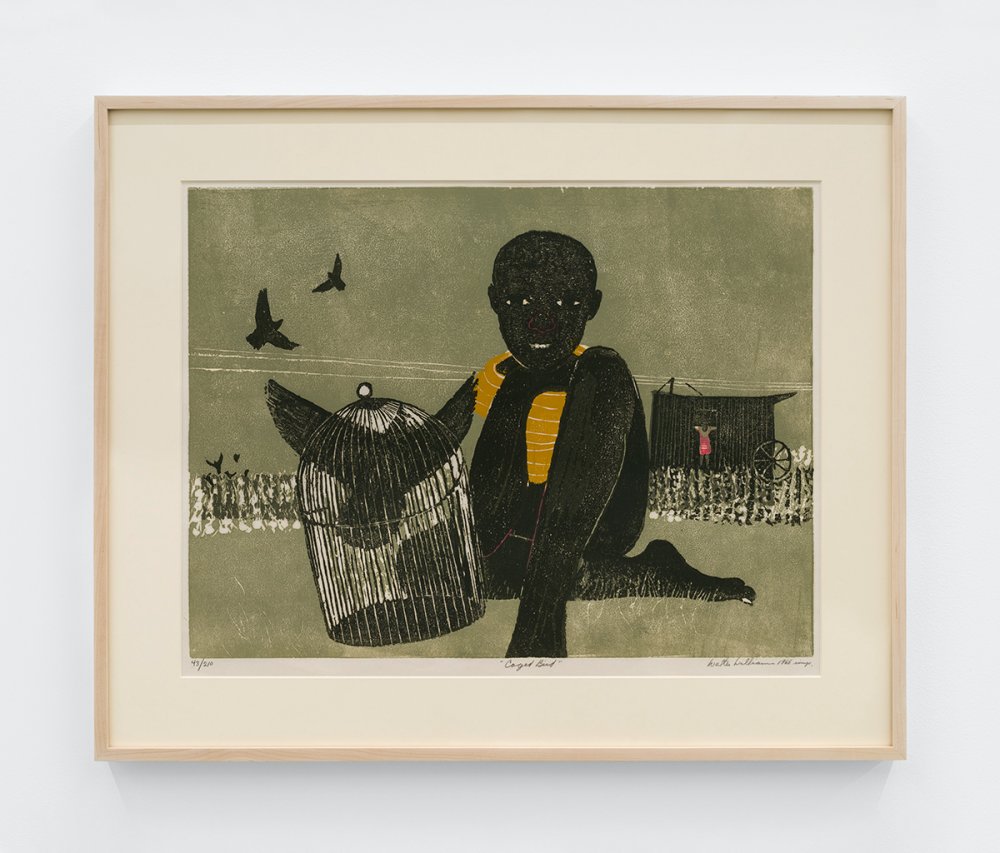 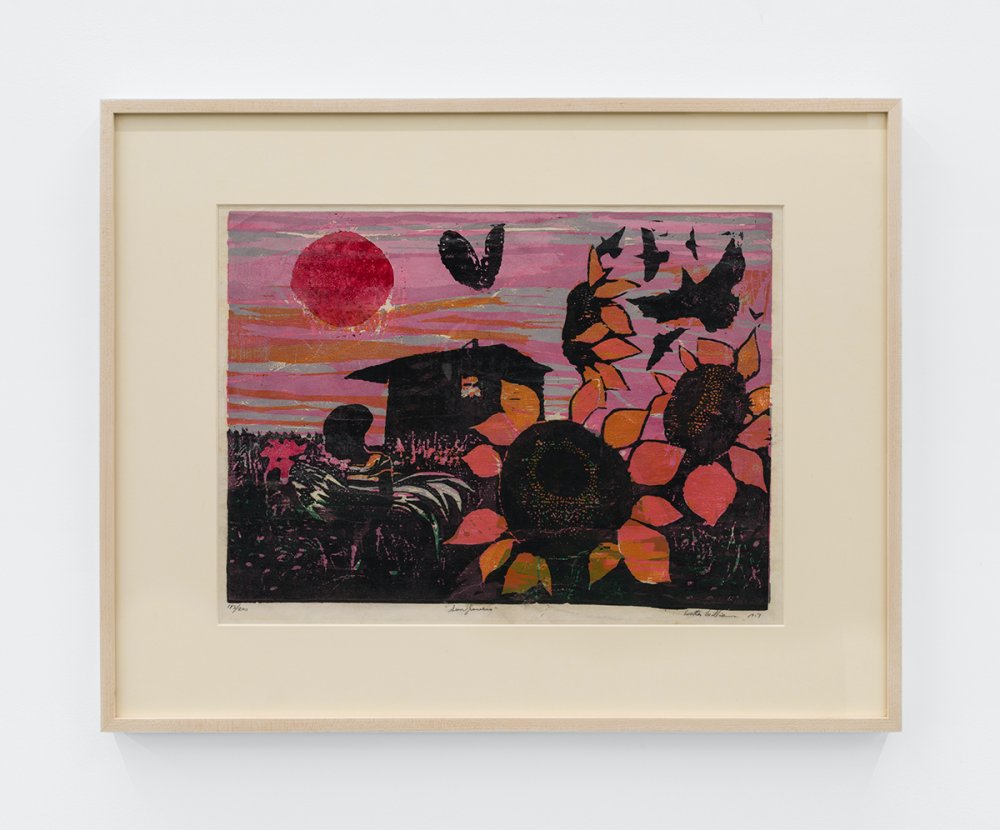 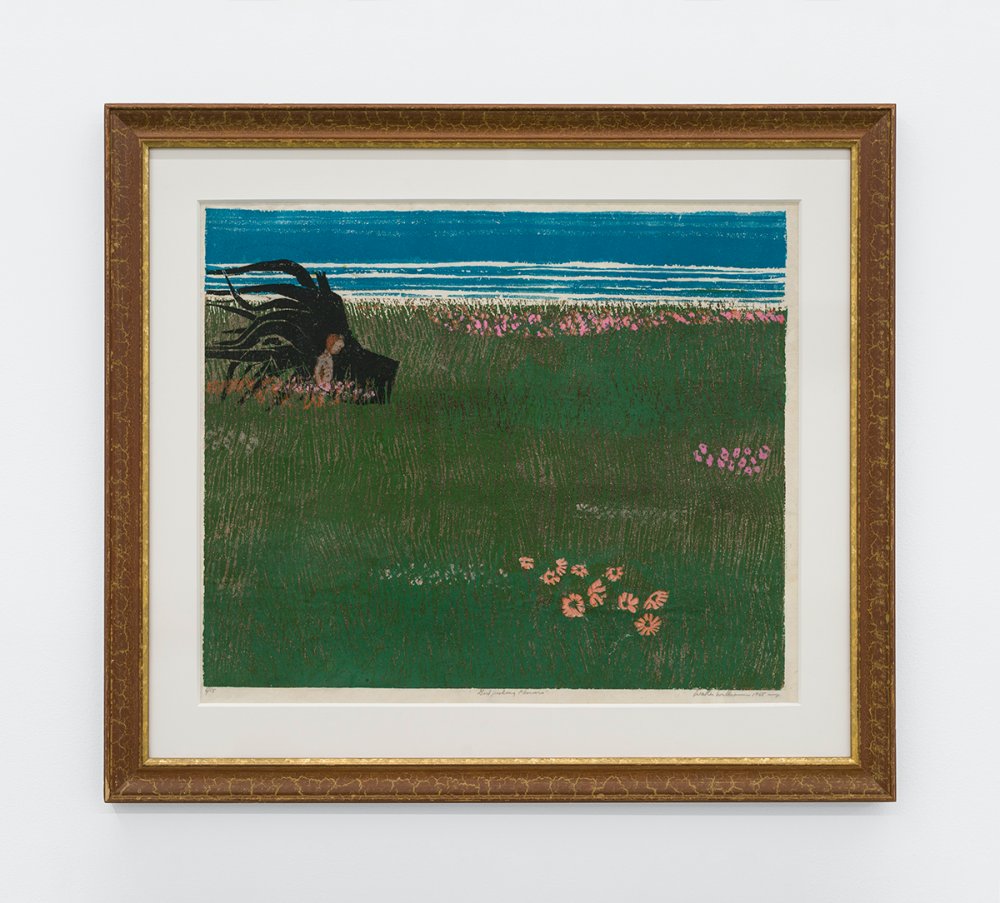 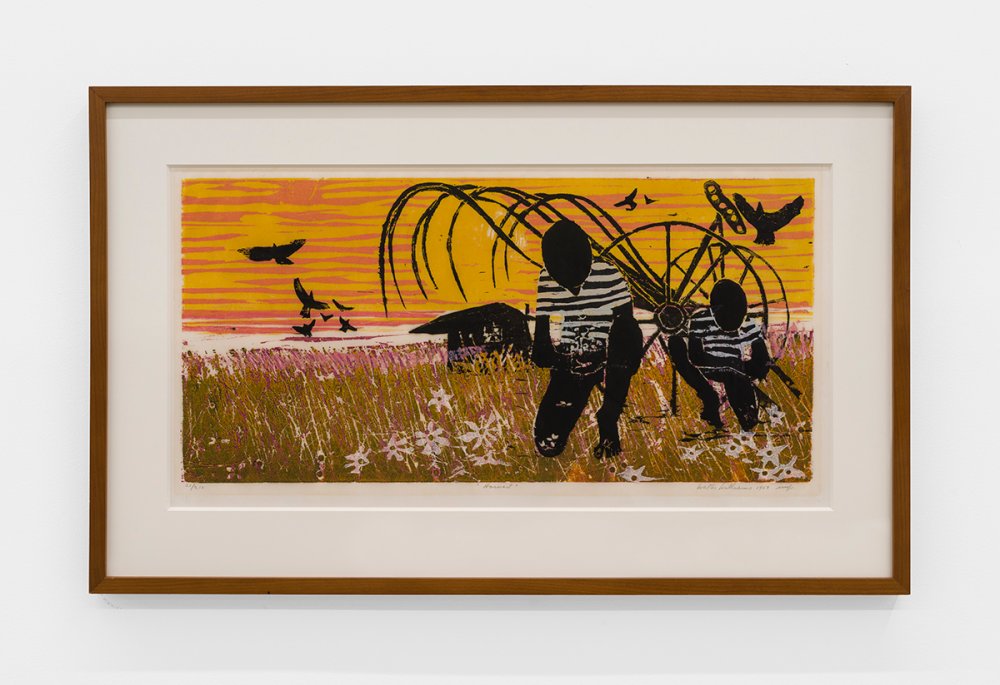 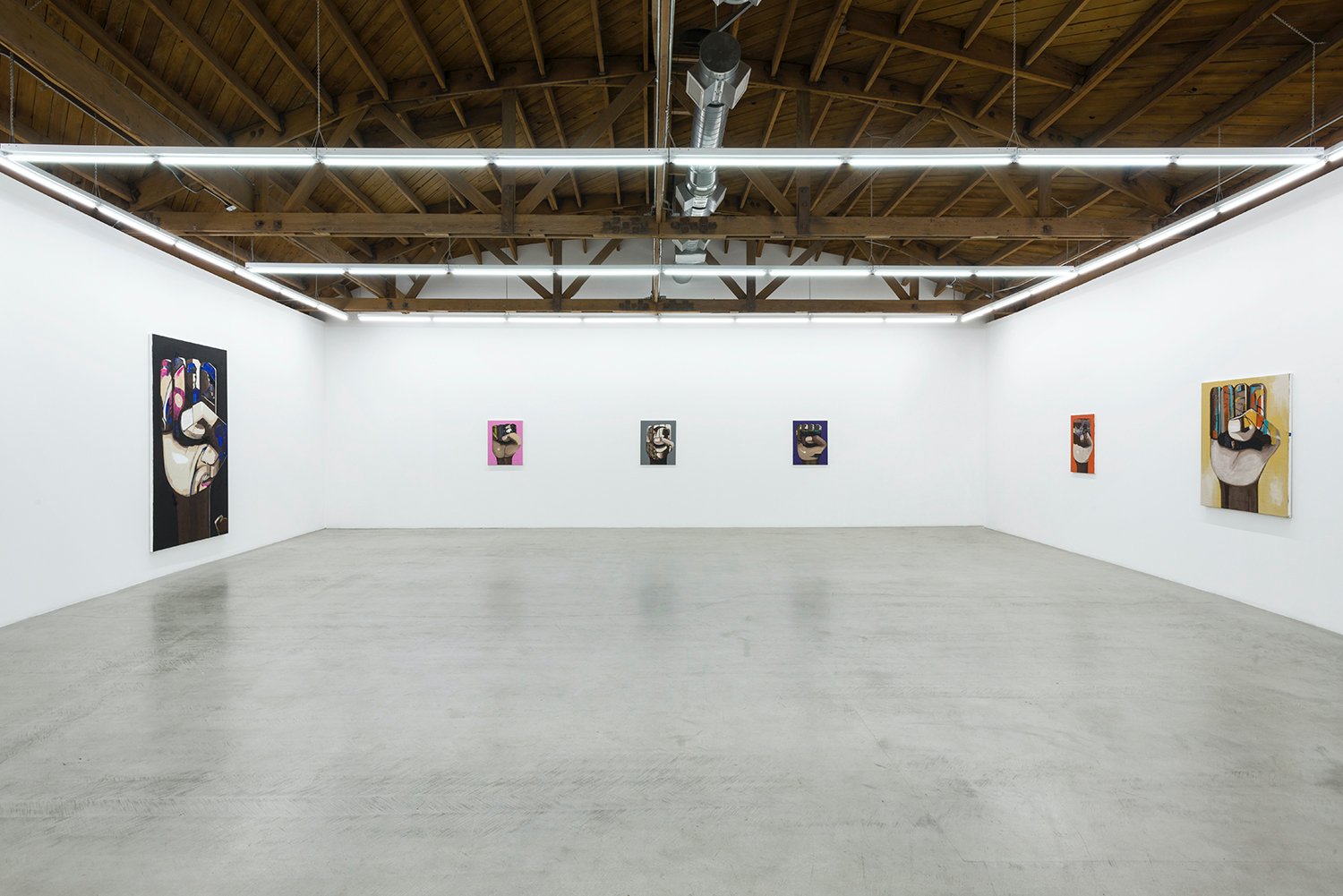 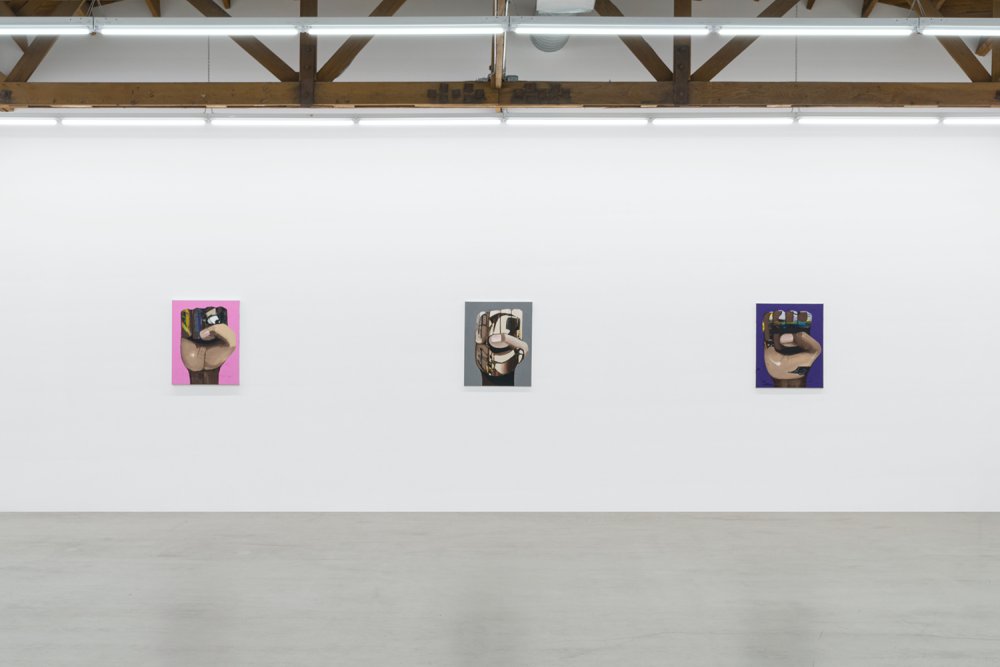 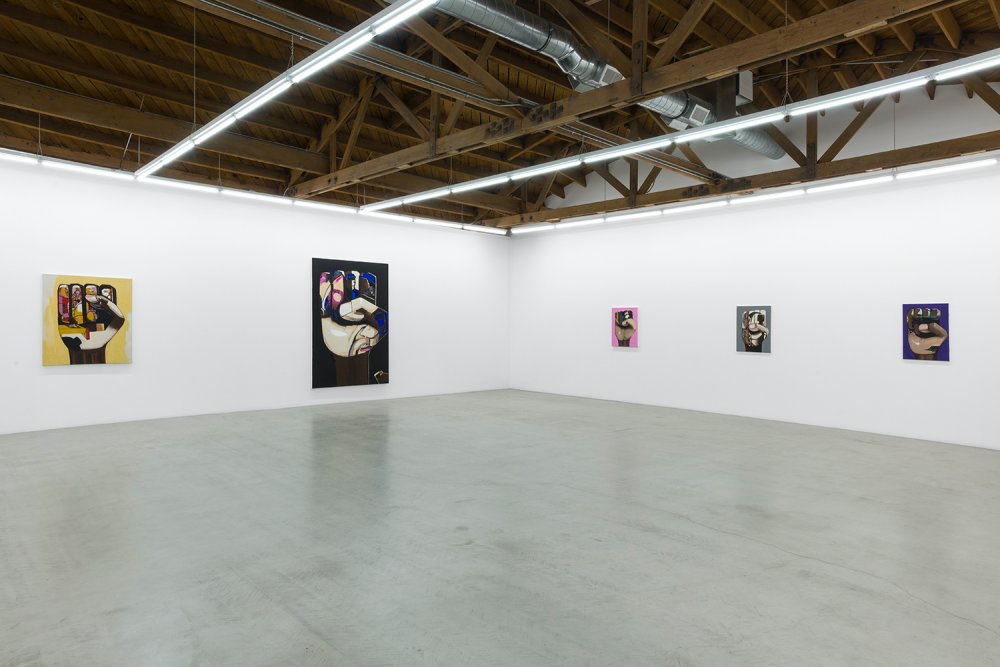 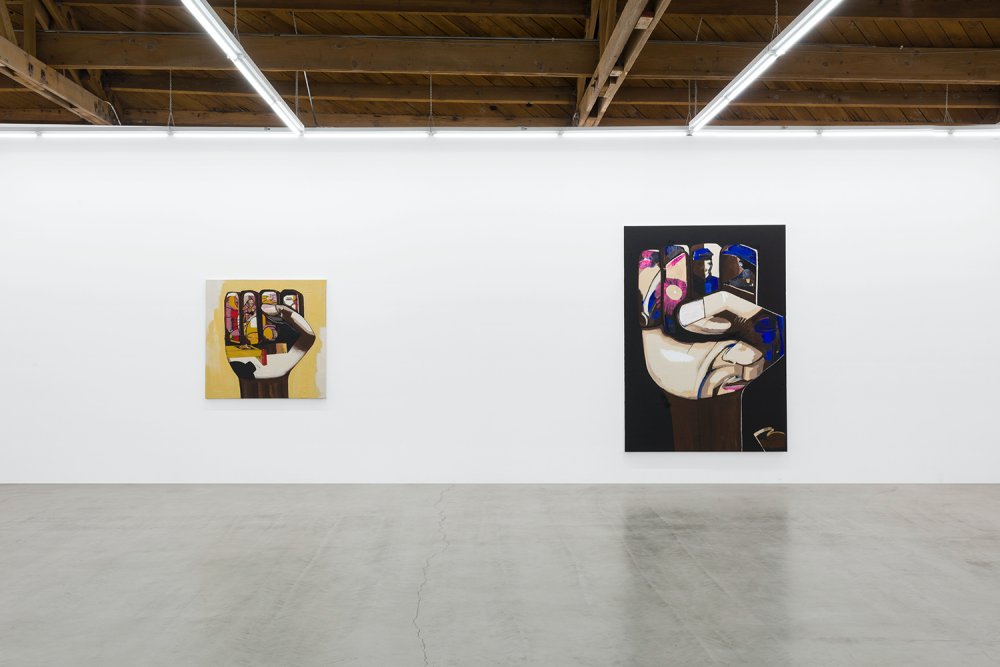 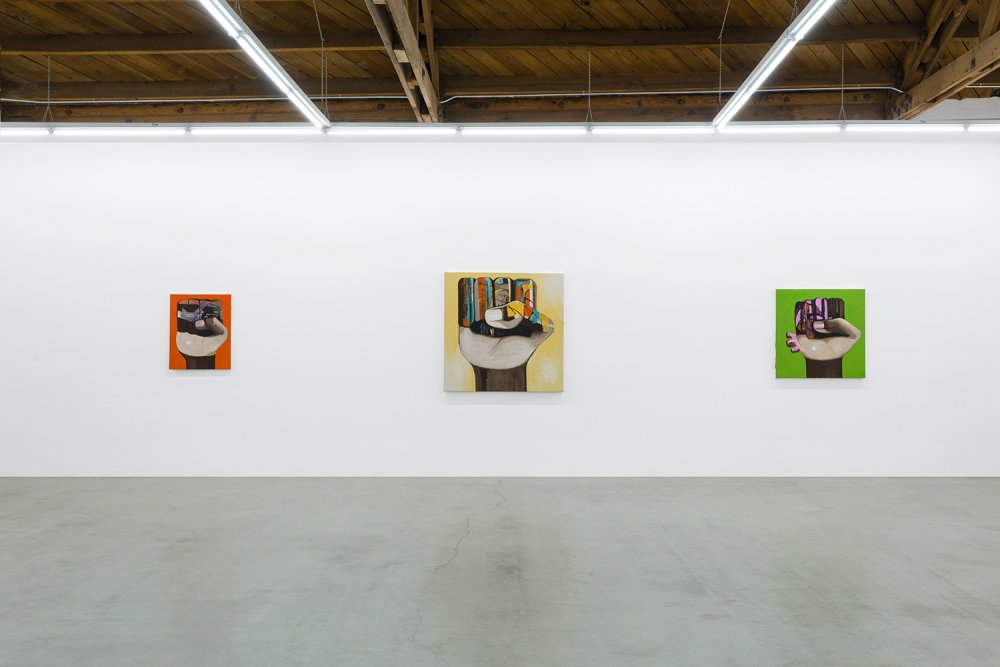 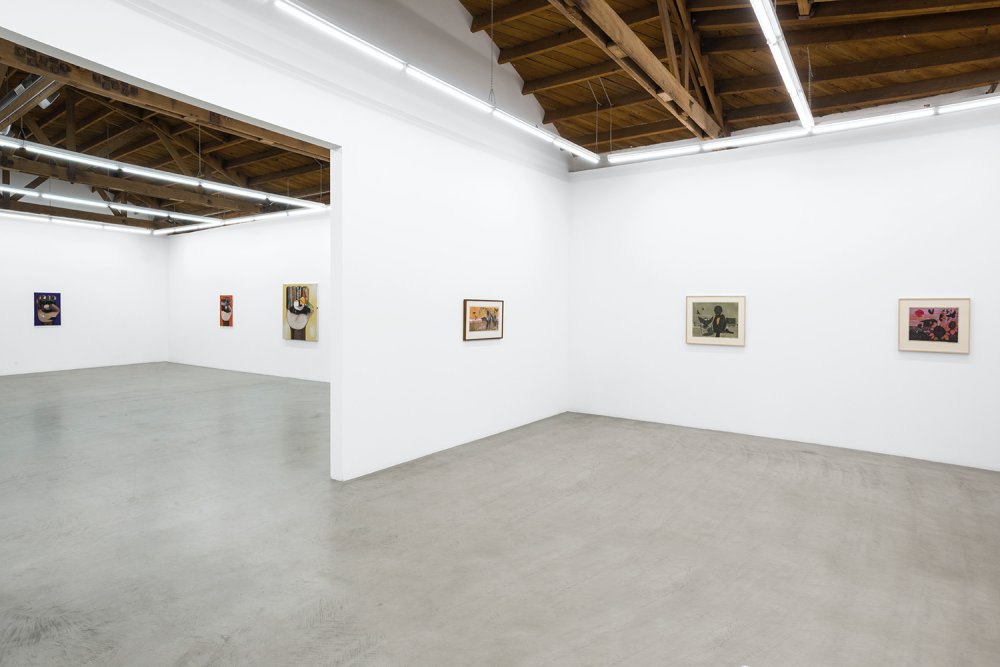 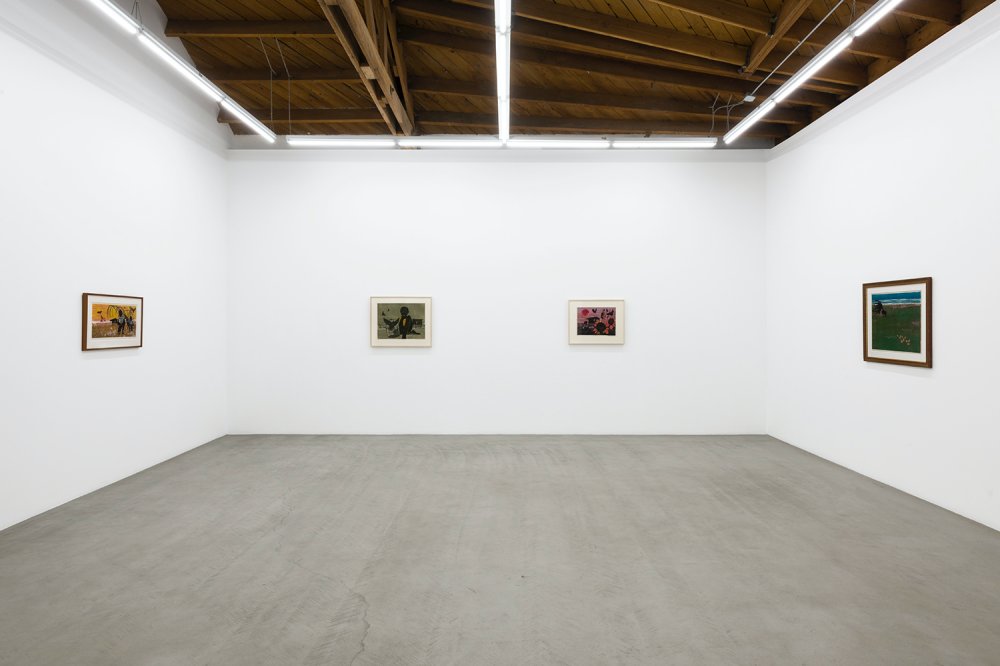 In October of 1968, amidst the smoggy, thin air of a Mexico City Olympics medal ceremony, Tommie Smith and John Carlos, two courageous and determined American gold and bronze medal winning athletes, decided to turn the attention away from their own athletic achievements and toward the outrage they had experienced as Black Americans entrenched in the systems and organizations that thrived on the institutionalization of racial injustice. Their embrace of the raised fist as a symbol, which at that moment referenced a call for revolt expressed in the credo of the Black Panthers, universalized its sense of empowerment, searing it into the consciousness of a worldwide audience.

Referencing this symbol, Forrest Kirk’s most recent series of work, 9 Fists, addresses the plight of developing individuality within the context of a shared struggle. Each of the nine images depicts a chrysalis, an individual in that state of struggle successfully emerging, exploring a definitive sense of purpose.

Throughout previous series of work, Kirk has focused on dramatizations he envisioned referencing the 1952 classic American novel Invisible Man by Ralph Ellison. In those works, Kirk absorbed the experiences and vision as dictated by the story’s besieged narrator. Kirk’s new works depict this state of internal conflict as he expands upon Ellison’s essential critique of the anxieties within both white and Black communities as implemented and reinforced by societal structures. Through the lens of these anxieties, this exhibition pointedly addresses states of internal conflict in the struggle for self and identity. In one work, Fist 3, aortae emerge from the hand, signifying love and charity; a single eye appears in the place of fingers in Fist 7, beside gestural fields of color; and both a faceless body and a disembodied face highlighted in police uniform blue are depicted in a clenched palm in Fist 10. As though moving together in procession, each work reflects varied contemporary issues, including the ongoing and brutal injustices executed by police, the near-unencumbered devastation of Covid-19, the #metoo movement, the systemic injustices and the continuing rise of Black Lives Matter. While articulating a deeply rooted sense of anxiety and unease in these works, Kirk simultaneously integrates a chromatic and formal language that ultimately establishes an unambiguous sense of optimism and leaves viewers with a notion that rising together can create effective and lasting change.

On view concurrently in Parrasch Heijnen’s front gallery is a selection of woodblock prints by Walter H. Williams (b. 1920, d. 1998). These works are presented in direct historic conversation with Forrest Kirk: 9 Fists, highlighting Williams’ use of symbolism and representation of Black identities through chromatic abstractions and pictorial narratives.

Forrest Kirk (b. 1975) lives and works in Los Angeles. Kirk studied at California State University, Los Angeles, and spent a year studying classical painting techniques in an atelier in Paris, France. In 2019, Kirk was a resident at the Bed Stuy Artist Residency, Brooklyn, NY. His work resides in numerous private collections and foundations, as well as in the permanent collection of the Hammer Museum, Los Angeles, CA.

Walter H. Williams (b. 1920, Brooklyn, NY; d. 1998, Copenhagen, Denmark) was a printmaker and painter. Williams studied at Brooklyn Museum Art School. In the summer of 1953, he received a scholarship to study at the Skowhegan School of Painting in Sculpture in Maine. In 1955-56, Williams received a fellowship from the John Hay Whitney Foundation which allowed him to live and work in Mexico from 1959 – 1963. In 1960, he was the recipient of the National Institute of Arts and Letters Grant; and, in 1963, won the Silvermine Award. Williams travelled to Europe in 1964, spending time in Amsterdam and London before settling in Copenhagen. In 1965, he returned to the United States to attend an acquisition ceremony by the National Collection of Fine Arts, Smithsonian Institution, which purchased one of his works for the Executive Wing of the White House under the Lyndon B. Johnson administration. Also that year, Williams was asked to be artist-in-residence at Fisk University in Nashville, TN. Due to overwhelming oppressive racism in the US, Williams returned to Denmark with his second wife where he remained till his death. He has been the subject of many solo exhibitions and has been included in group exhibitions internationally, showing paintings, prints, drawings, and sculpture. His works are in the permanent collections of: the Metropolitan Museum of Art, New York; the National Gallery of Art, Washington, D.C.; and the Whitney Museum of American Art, New York, among others.