COLNAGHI London presents a tantalising new exhibition devoted to female still life, the highlight of which is a spatially complex painting by the mannerist artist, Fede Galizia. An important rediscovery by Colnaghi, the work contributes to the reconstruction of Galizia’s corpus in her enigmatic final years. Forbidden Fruit: Female Still Life includes other rare works by Giovanna Garzoni, painter to the Medicis and one of the first women to practice the art of still life, as well as the only known painting by Caterina Angela Pierozzi, protégée of Grand Duchess Vittoria della Rovere. The exhibition also features the last painting by the hand of acclaimed Dutch botanical artist, Rachel Ruysch. 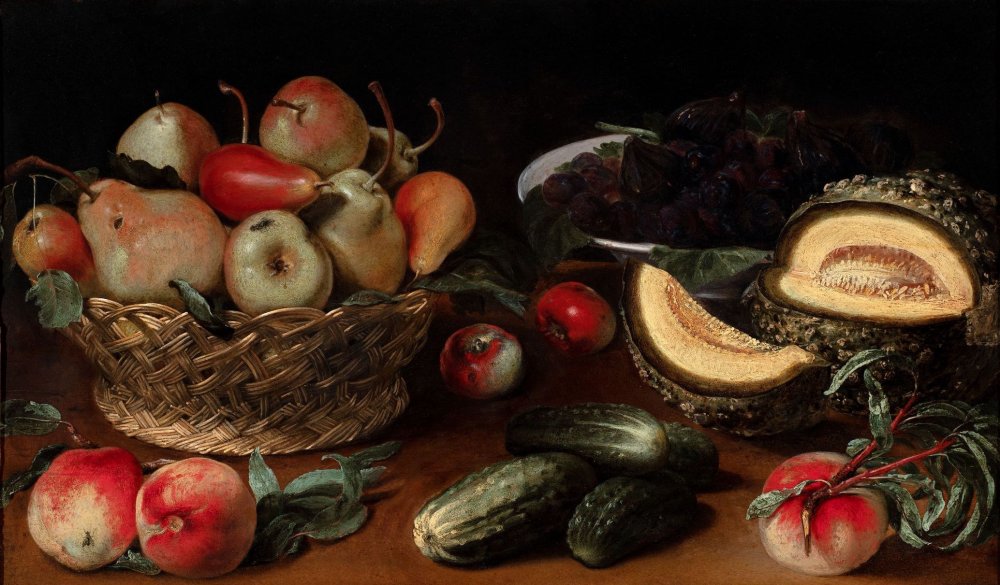 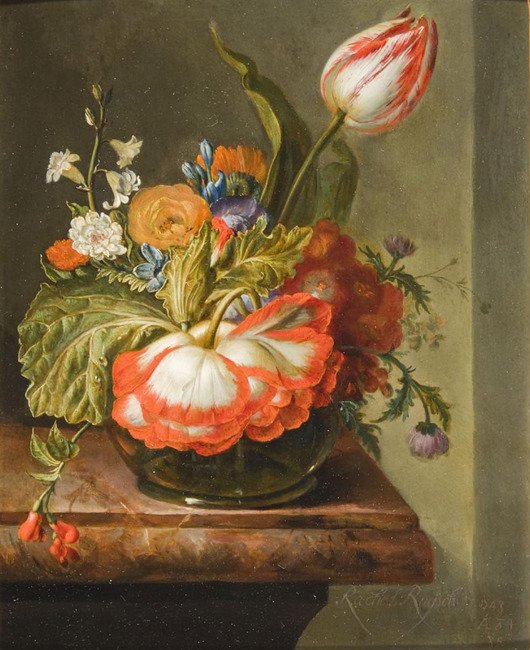 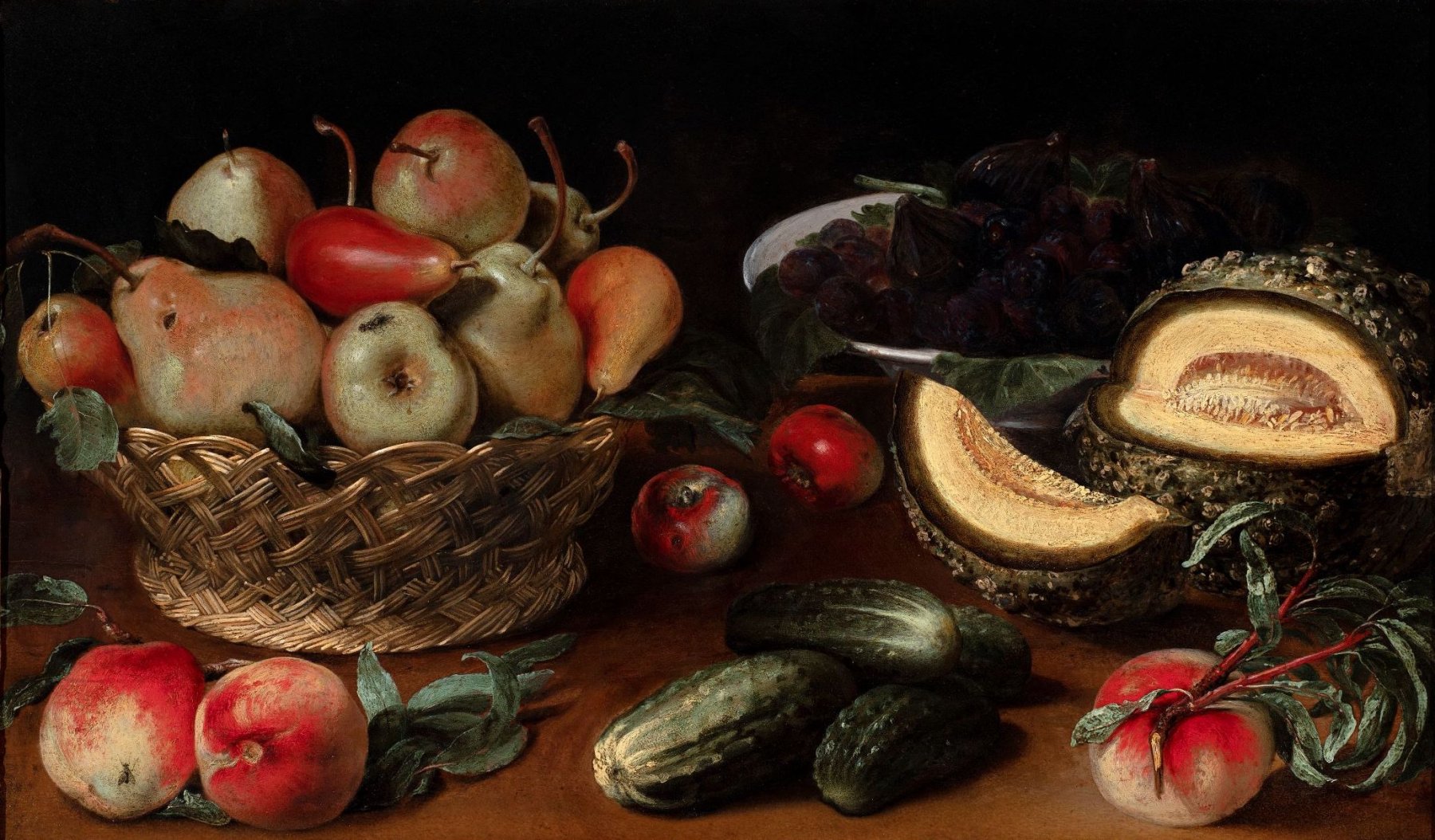 Says Colnaghi CEO Jorge Coll: “Forbidden Fruit offers a unique opportunity for our clients and visitors to enjoy never-before-seen masterworks by female artists who pioneered the still life genre, were successful during their lifetimes, and who pushed the art form forwards. Colnaghi’s programme of exhibitions consistently aim to uphold our historic firm’s commitment to connoisseurship and building collections, and this presentation aligns with this mission.”

Colnaghi’s Global Director, Candida Lodovica de Angelis Corvi, adds:“Colnaghi is committed to reigniting the appreciation for the work of female artists and their workshops, who have often been neglected in art history. This exhibition dialogues with the aims of today’s great public art institutions, who are similarly focused on bringing awareness to under-represented groups. Forbidden Fruit is the result of global efforts by our team to source and bring together art works which are both immensely rare, and of the highest quality. These paintings spark discourses on important themes including the history of collecting, diplomacy, nature and science. Adhering to Colnaghi’s history of fostering scholarship, each work is accompanied by rigorous scientific research. I hope this exhibition provides a moment of discovery and renewal, welcoming the beginning of spring and the metaphorical return of Proserpina from the Underworld.”

Fede Galizia (1578-1630) was a prodigy who first achieved recognition aged 12. The daughter of the miniaturist painter Annunzio Galizia, Fede honed her skills in her father’s workshop. Here, she was exposed to a great range of artworks and witnessed the intellectual exchanges between the north of Italy and Flanders. The attention to detail Galizia saw in paintings by Northern European artists such as Jan Brueghel, who visited Milan at the end of the 16th century, impacted her work immensely. Although historically overlooked, perhaps because she painted fewer than 20 still lifes and rarely signed them, these are among the earliest by any Italian artist, shaping the genre long before the still life painters we know today.

Still life with apples, pears, figs and melon, ca. 1625 – 1630, spotlights Galizia!s naturalistic, immensely detailed approach to still life. Textures are captured through precise brushwork and dramatic contrast – luminous pears, apples, figs and melon spring to life against a dark background. Galizia’s still lifes are intimate scenes in which she experiments with light, miniaturist details and offers a new female sensibility. She may have come into contact with Caravaggio when he trained in Simone Peterzano’s Milanese workshop towards the end of the 16th century, and it is possible she was influenced in particular by his representations of fruit baskets, which we see here to the left of the canvas. Although better known for her portraits and religious paintings, still lifes are rightly acknowledged today as Galizia!s greatest contribution to art history.

This work also has a remarkable provenance, once belonging to Prince Sebastián Gabriel de Borbón (1811–1875), grandson of Prince Gabriel, who was the son of Charles III. On the reverse it bears his collector!s mark – the letters SG, with a crown above. Part of Sebastián Gabriel!s collection was inherited from his first wife, Amalia of Naples (1818 – 1857), and the couple passed time between Naples and Rome. It is probable that the painting entered the collection through the activity of an agent and ambassador of the royal couple, during a diplomatic visit to Northern Italy.

Rachel Ruysch (1664, The Hague, Netherlands – 1750, Amsterdam, Netherlands) Ruysch revolutionised still life and contributed to the advancement of science through her art. An intricately arranged composition, this small oil on panel is the very last painting we have by the artist!s hand. It is signed and dated in the lower right-hand corner alongside her age. An array of finely detailed blooms burst forward into the picture plane, situated on the corner of a table. Dated 1748, this painting demonstrates the remarkable quality to which Ruysch was still painting at aged 84. Her brushwork, notably delicate and precise, reveals a degree of freedom from compositional canons, reflecting the vitality and imagination artists can achieve in the final moments of their production. Colnaghi has a notable history of dealing in works by the artist, most notably placing Ruysch’s Flowers in a Glass Vase, 1704, in the Detroit Institute of Arts.

Caterina Angela Pierozzi (c. 1670 – 1690) was an Italian painter active in Florence in the final quarter of the 17th century, documented as working for the Medici Grand Duchess Vittoria della Rovere, remembered for her patronage of female artists. This exquisite miniature on vellum depicts The Annunciation and is surrounded by a border of minutely rendered flowers, including roses, tulips and lilies. It is the only known existing work by Pierozzi. The floral border surrounding the image highlights one of the Medici!s key interests which existed alongside their desire to identify their own sacrality with that of the Nunziata, botany and horticulture. These flowers are beautifully rendered with botanical accuracy, and we can presume that Pierozzi had these floral specimens in front of her as she created the miniature.

Giovanna Garzoni (1600, Ascoli Piceno – 1670, Rome) Garzoni was one of the first women artists to work in the still life genre, her primary clients were the Medicis. We are delighted to present fine works realised by the talented court painter, which evidence her harmonious and immensely charming style. Garzoni astonished Europe with a virtuosic miniature technique which utterly captured reality. Her diverse work was in high demand among the European nobility for its beauty and refinement, much like that of her close friend, Artemisia Gentileschi. The biographer Lione Pascoli, in his Vite (1730– 1736), stated that she could command for her art #any price that she asked.” Today, her sophisticated still lifes can be found primarily in institutional settings Getty, LA, as well as the Uffizi, Florence.