“Fond Illusions” is a group exhibition which joins emerging and leading artists from across the globe. 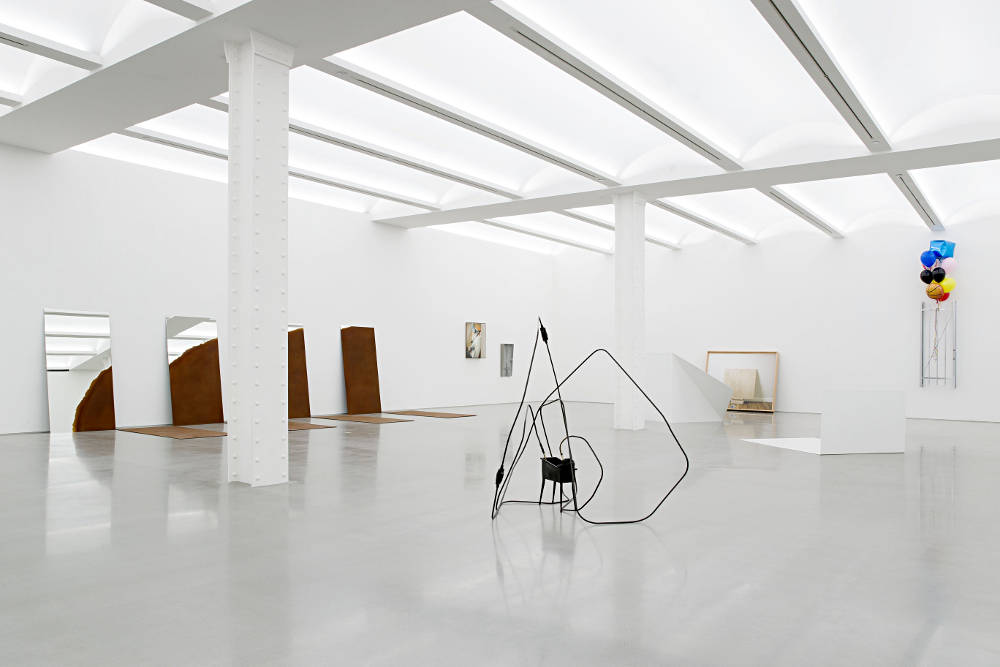 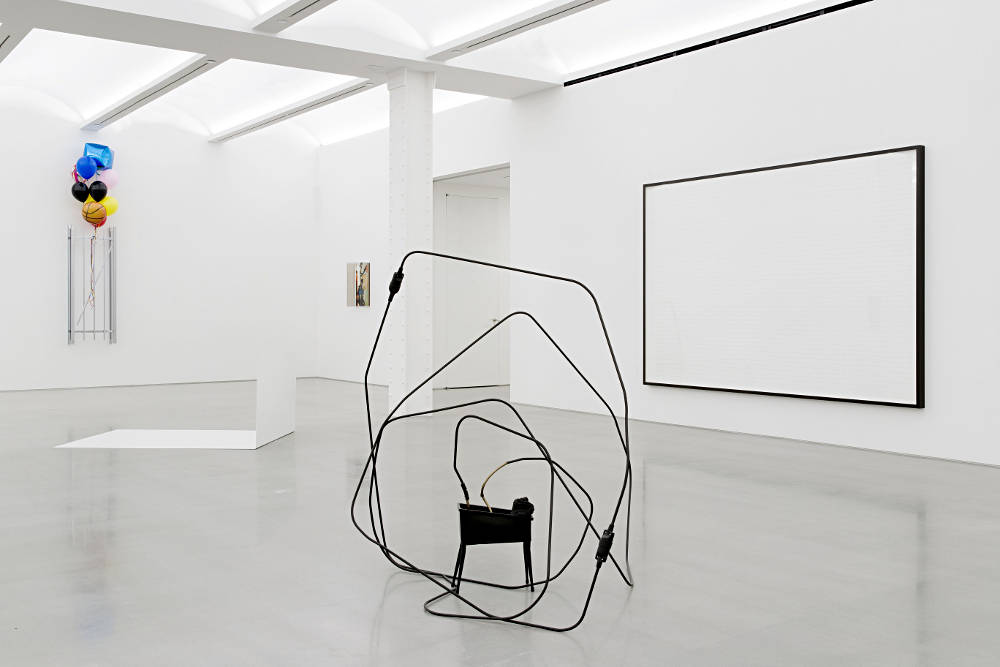 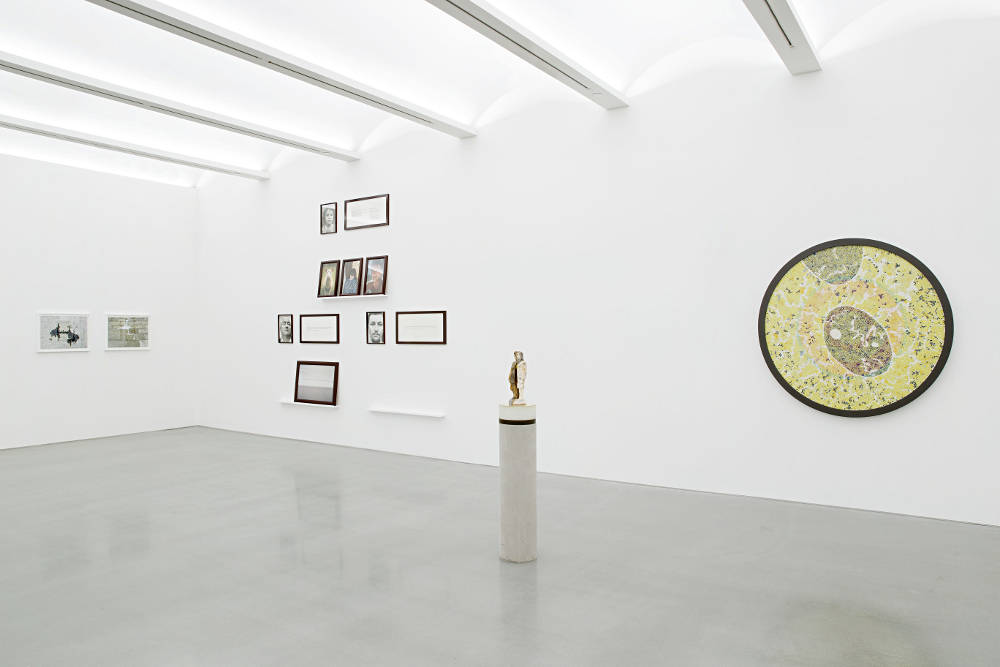 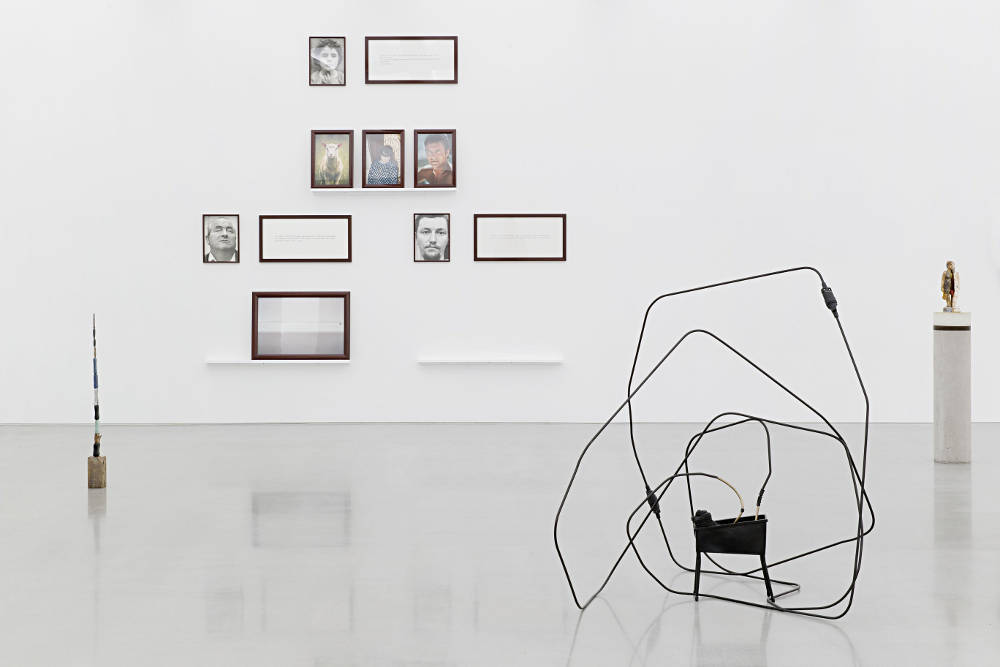 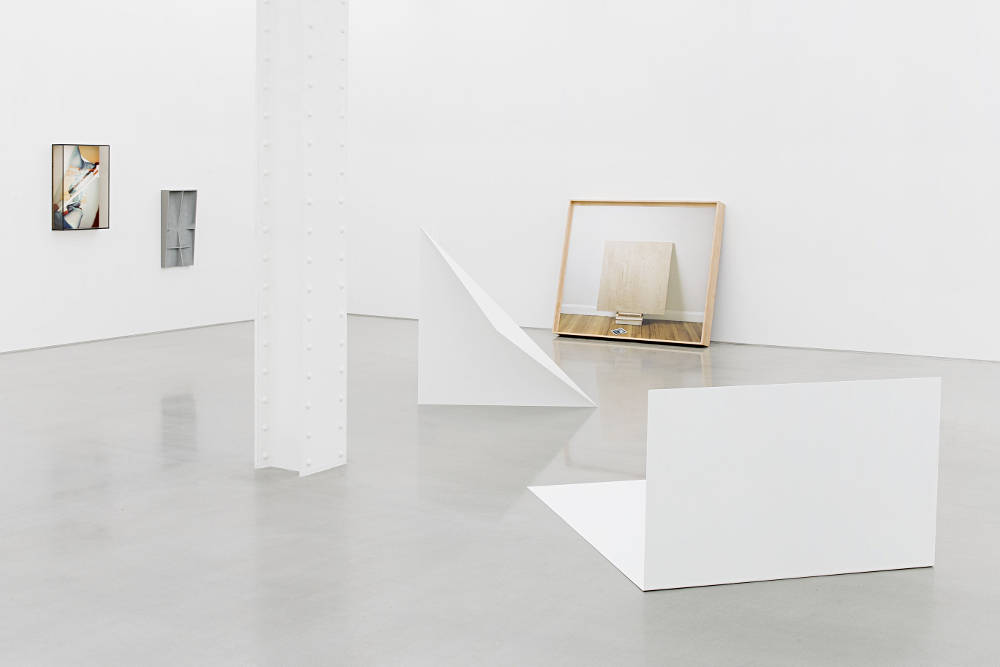 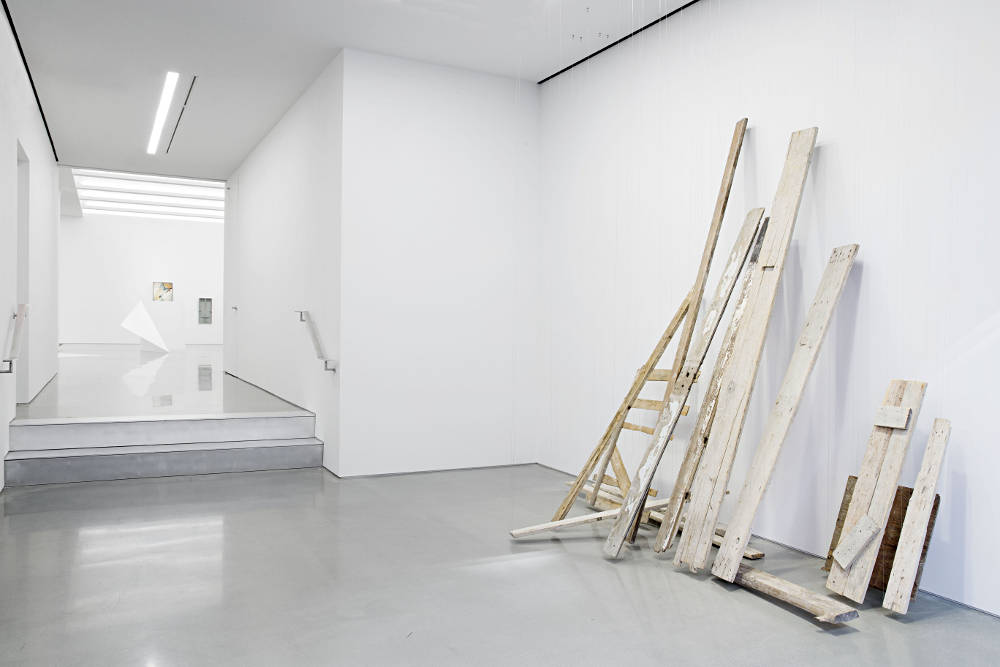 In separate contexts, the participating artists have been recognized for their command of unconventional materials that bridge the fundamental qualities of 2D and 3D artworks. The results are abstract and cohesive, physical and psychological, sculptural and, occasionally, otherworldly. Fond Illusions supplants familiar conceptual pathways that impress vision to the body.

To catalog what these impressions might be, consider a summary of recent work: how photo-montage has often adopted both mnemonic and sculptural qualities in Leslie Hewitt; or how entangled missives became crystalline curios in Sophie Calle; how ancient fossils denoted futuristic colloquia unintelligible to the uninitiated in Gala Poras-Kim; how infra-thin traces of human touch have become data points on networks of well-worn objects in Tatiana Trouvé; how mobile constellations gathered from the commodity dusts of everyday life formed surreal cloudbursts in Cornelia Parker; how Bharti Kher inflected traditional cultures of India with the conceptual idioms of nonwestern avant-garde; how the digital multiplication of self-design created ethereal city-states populated by visible yet imperceptible denizens in B. Ingrid Olson; how enclosures have become defamiliarized forms of domestic architecture in Alicja Kwade; and, finally, how found objects enact consumer rituals in the work of Kathryn Andrews. Instead of familiar formulas for making contemporary art, we are left with the impression of inner workings belonging to each artist’s mind.

Consider, then, as you walk through the galleries, how a chosen medium corresponds to the at world of images and intersecting corporeal realms that rely only partially upon visual presence.

Kathryn Andrews (b. 1973, Mobile, AL; lives and works in Los Angeles, CA) has recently been the subject of a comprehensive solo exhibition “Run for President,” organized by Julie Rodrigues Widholm at the Museum of Contemporary, Chicago, IL (2015), which later traveled to the Nasher Sculpture Center, Dallas, TX (2016). Her works can be found in the collections of the Walker Art Center, Minneapolis, MN; the Hammer Museum, Los Angeles, CA.

Bharti Kher’s (b. 1969 in London, UK, lives and works in Delhi, India) recently presented solo exhibitions include “This Breathing House” at the Freud Museum, London, UK, (2016), “Matter” at the Vancouver Art Gallery, Vancouver, Canada (2016) and “Misdemeanors” at the Rockbund Art Museum, Shanghai, China (2014). Her works can be found in the Burger Collection, Hong Kong, China; and the Tate Modern London, UK, among others.

B. Ingrid Olson (b. in 1987, Denver, CO, lives and works in Chicago, IL) will be the subject of an upcoming solo exhibition at the Albright-Knox Art Gallery, Buffalo, NY in 2018. Past exhibitions include a two-person show at the Renaissance Society, Chicago, IL (2017), and solo exhibitions at Simone Subal Gallery, New York, NY (2015) and at the non-pro t exhibition space cura.basement, Rome, Italy (2014).

Cornelia Parker (b. 1956, Cheschire, UK, lives and works in London, UK) has been the subject of many acclaimed exhibitions throughout the years. The artist’s Roof Garden “Commission, Transitional Object (PsychoBarn)”, at the Metropolitan Museum of Art, New York, NY (2016) was a significant representation of her work. Parker’s work is included in the collections of the Museum of Modern Art, New York, NY; the British Museum, London, UK; the Tate, London, UK; and the Centre Georges Pompidou, Paris, France, among others.

Tatiana Trouvé (b. 1968 in Cosenza, Italy, lives and works in Paris, France) has presented solo shows across the world such as “The Sparkle of Absence” at the Red Brick Museum, Beijing, China, (2016), “Desired Lines” in Central Park in collaboration with Public Art Fund, New York, NY (2015) and the Biennale of Lyon, France (2015). Works by Trouvé are included in the collections of the Centre Georges Pompidou, Paris, France; and the Musée d’Art moderne de la Ville de Paris, France.