Mai 36 Galerie presents new paintings by Flavio Garciandía (*1954 in Caibarién, Cuba) for his fourth exhibition at the gallery. Garciandía is known as one of the most prolific, versatile and influential figures of contemporary Cuban art. 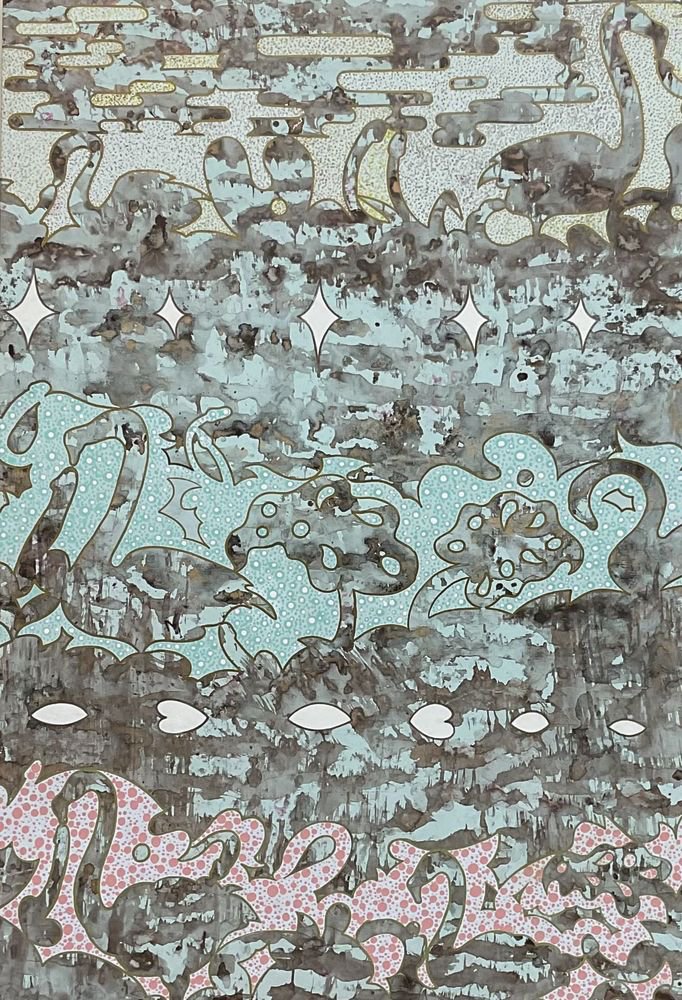 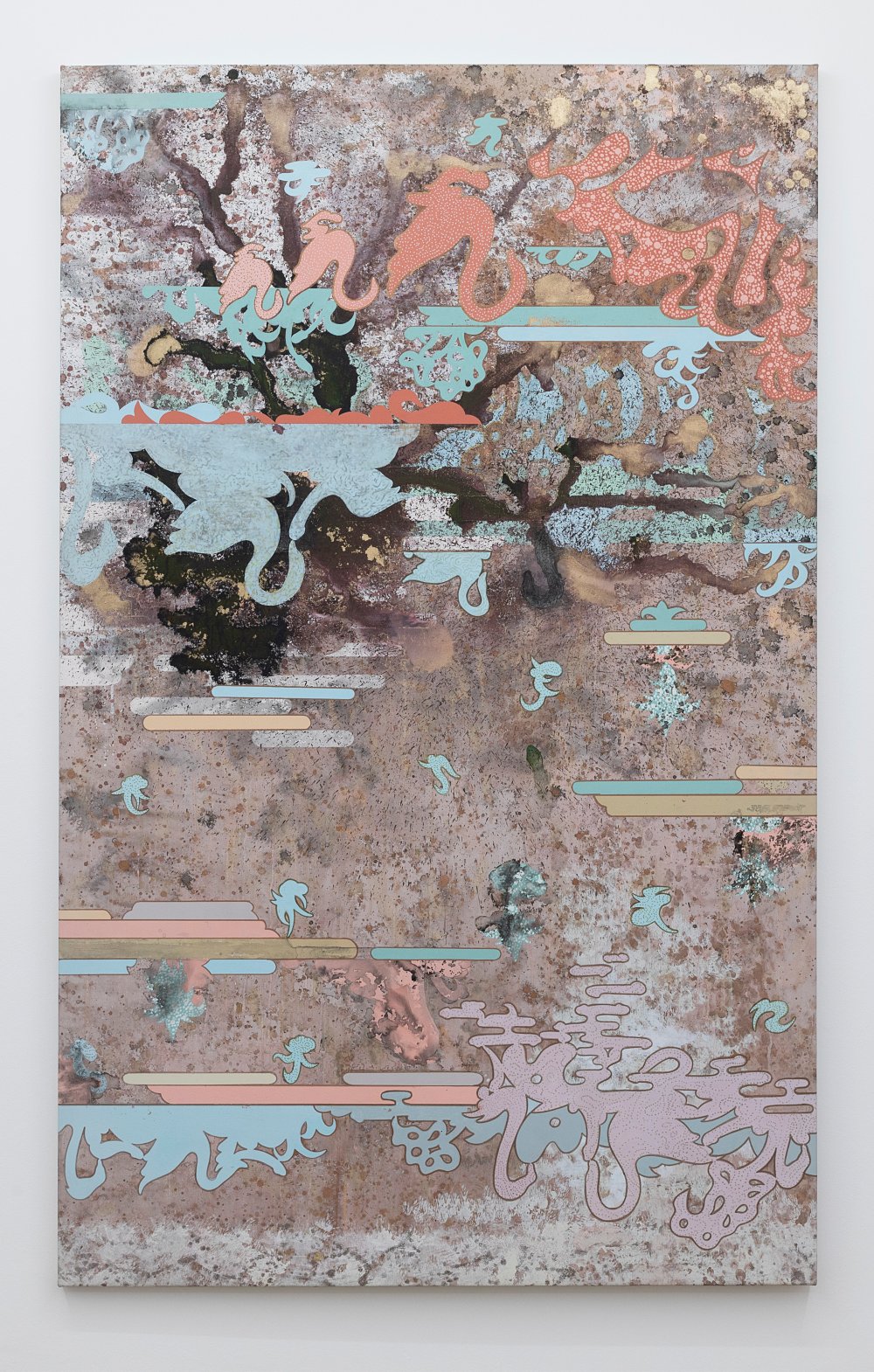 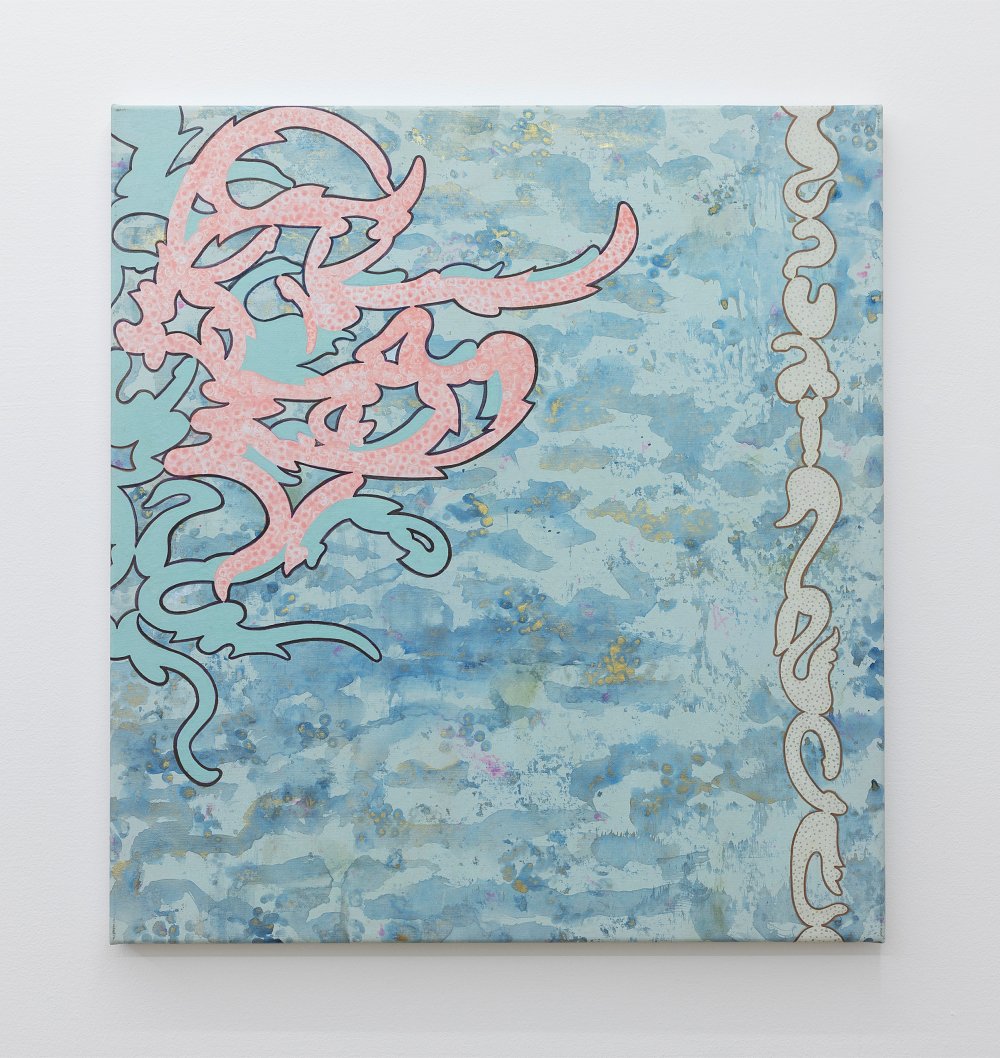 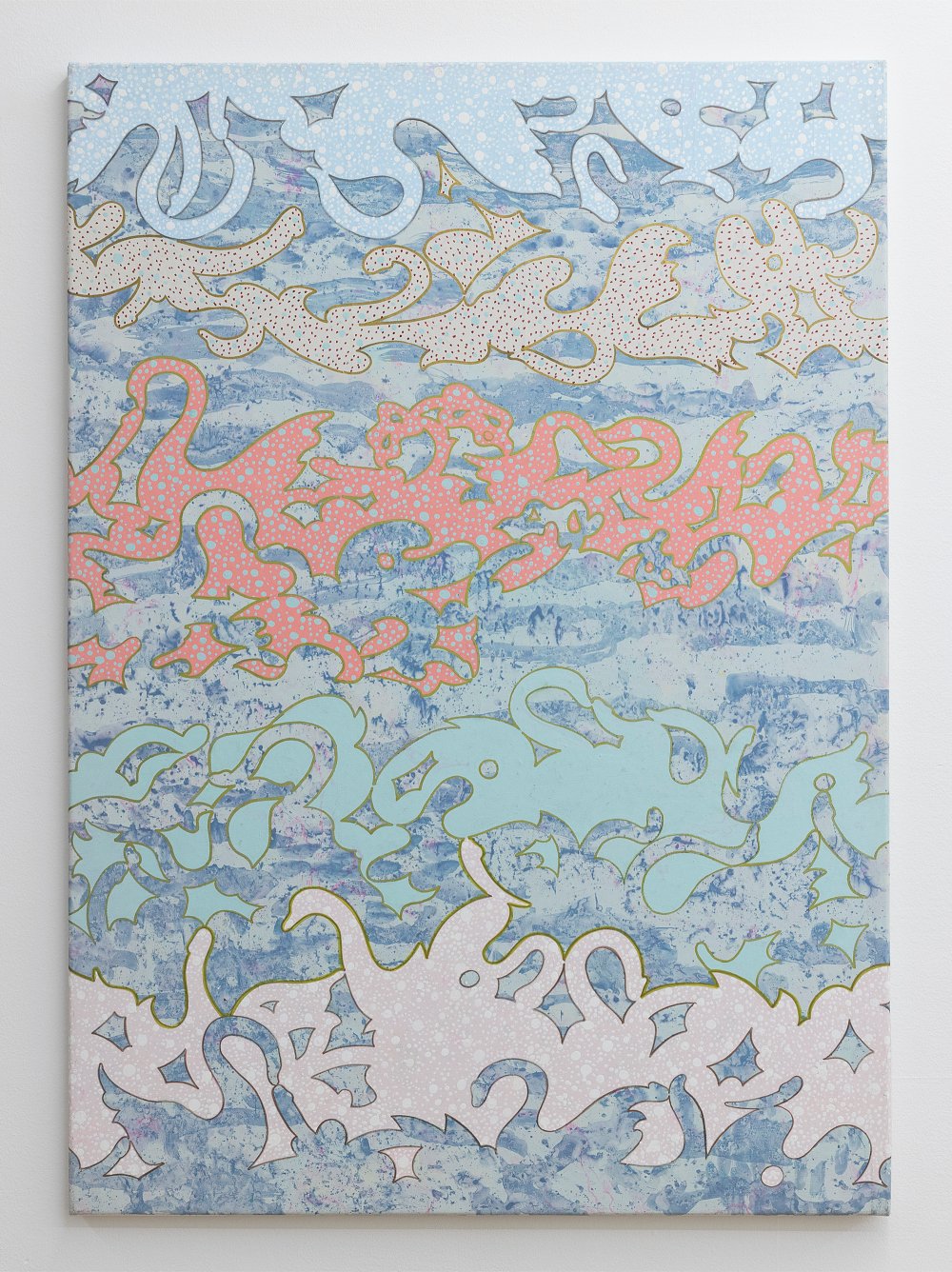 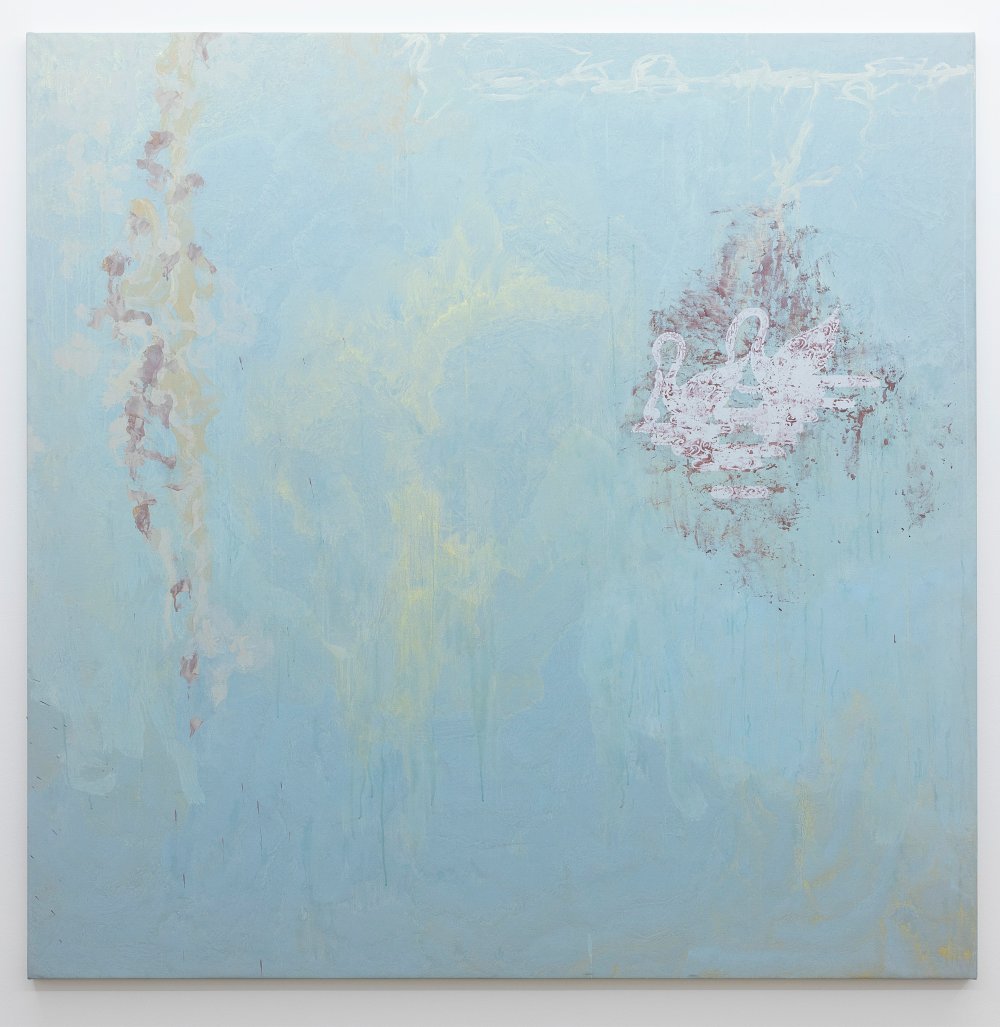 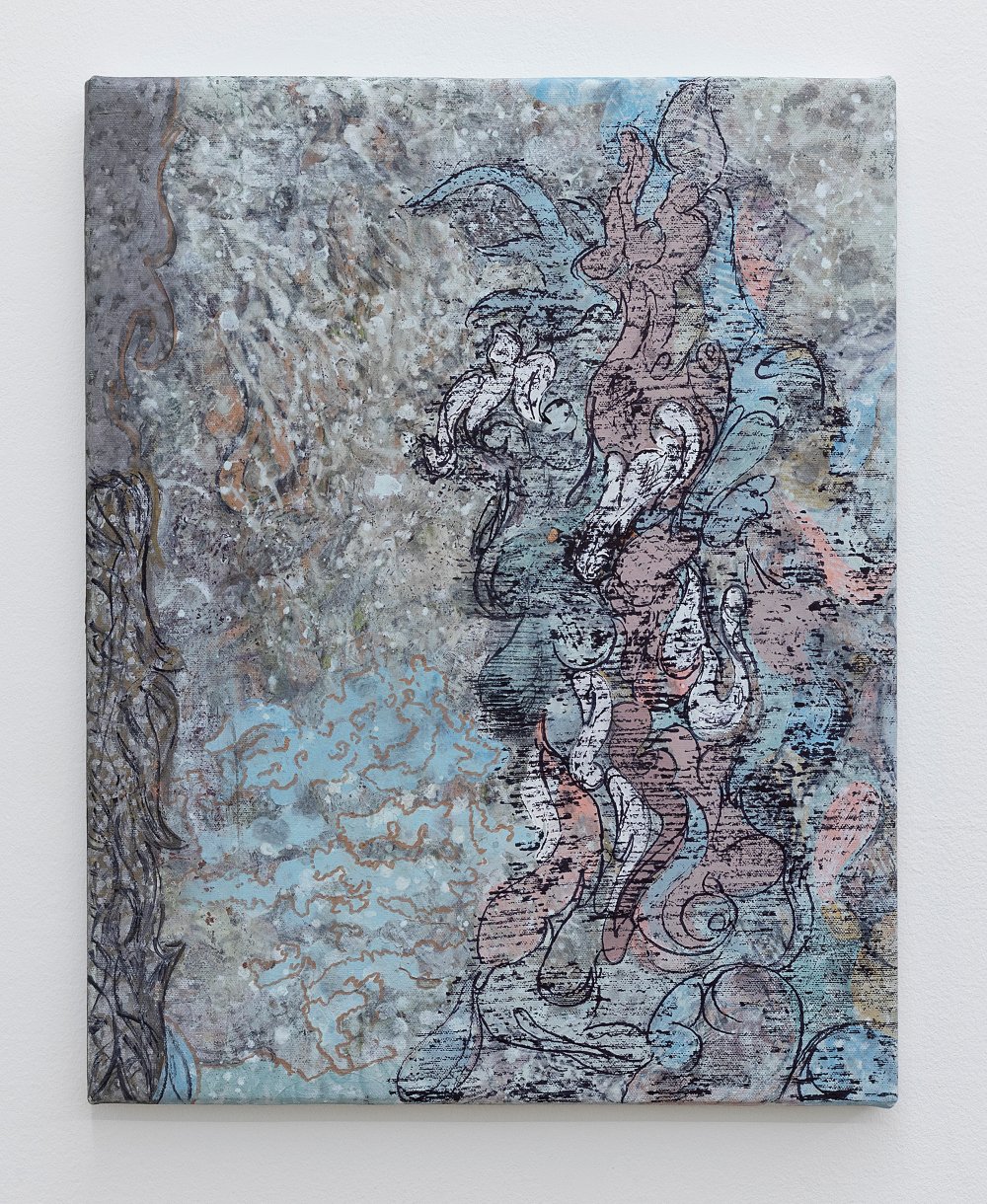 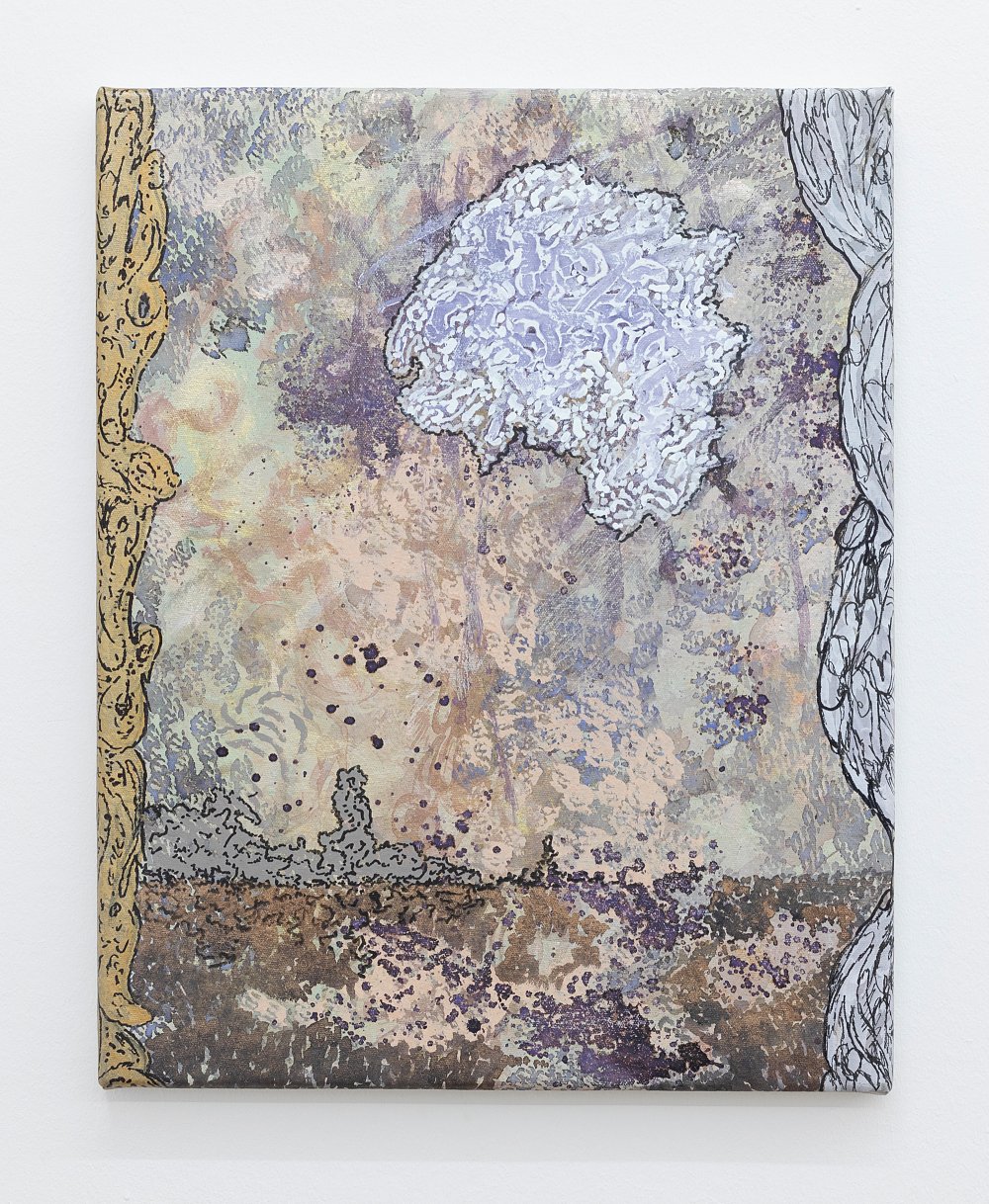 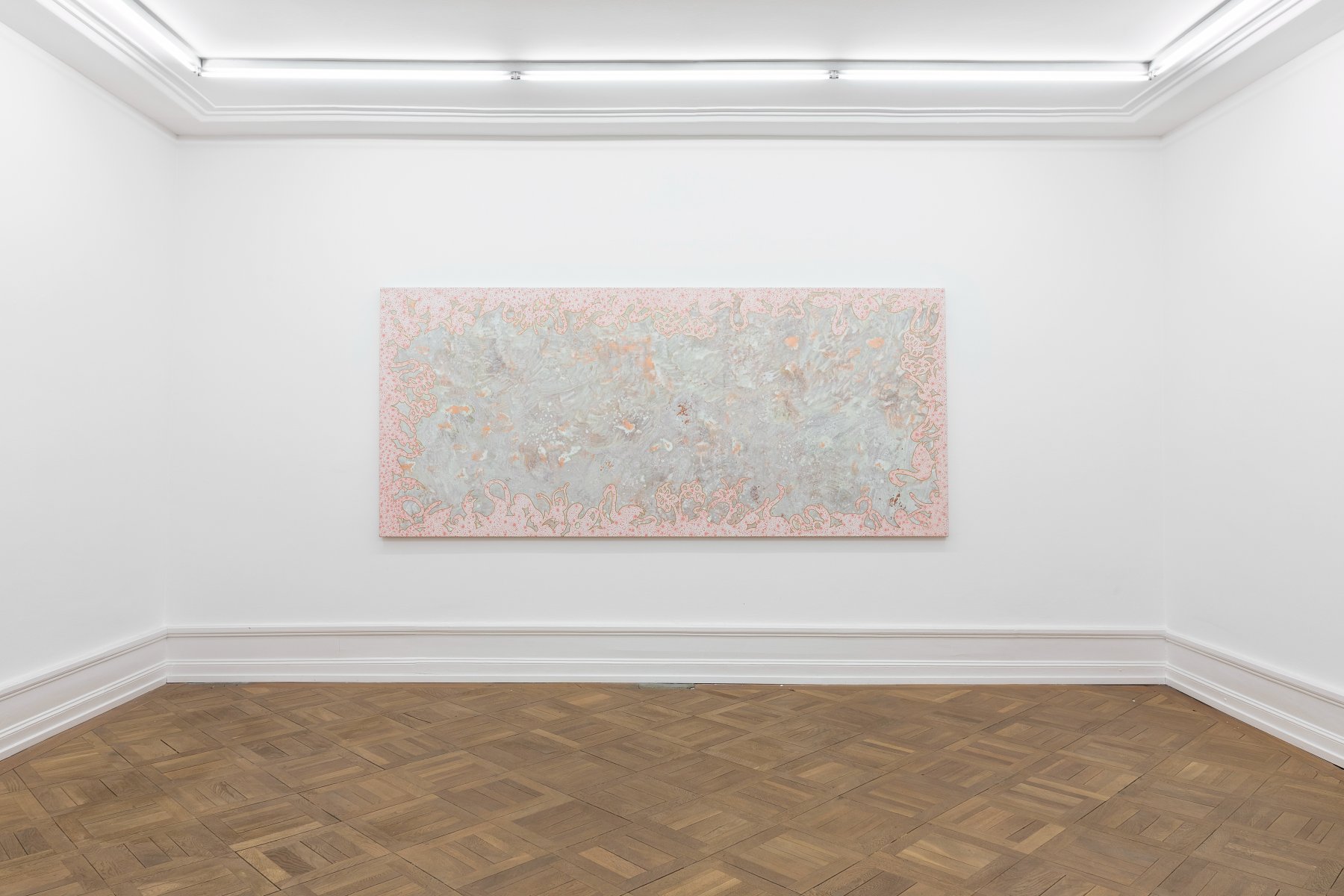 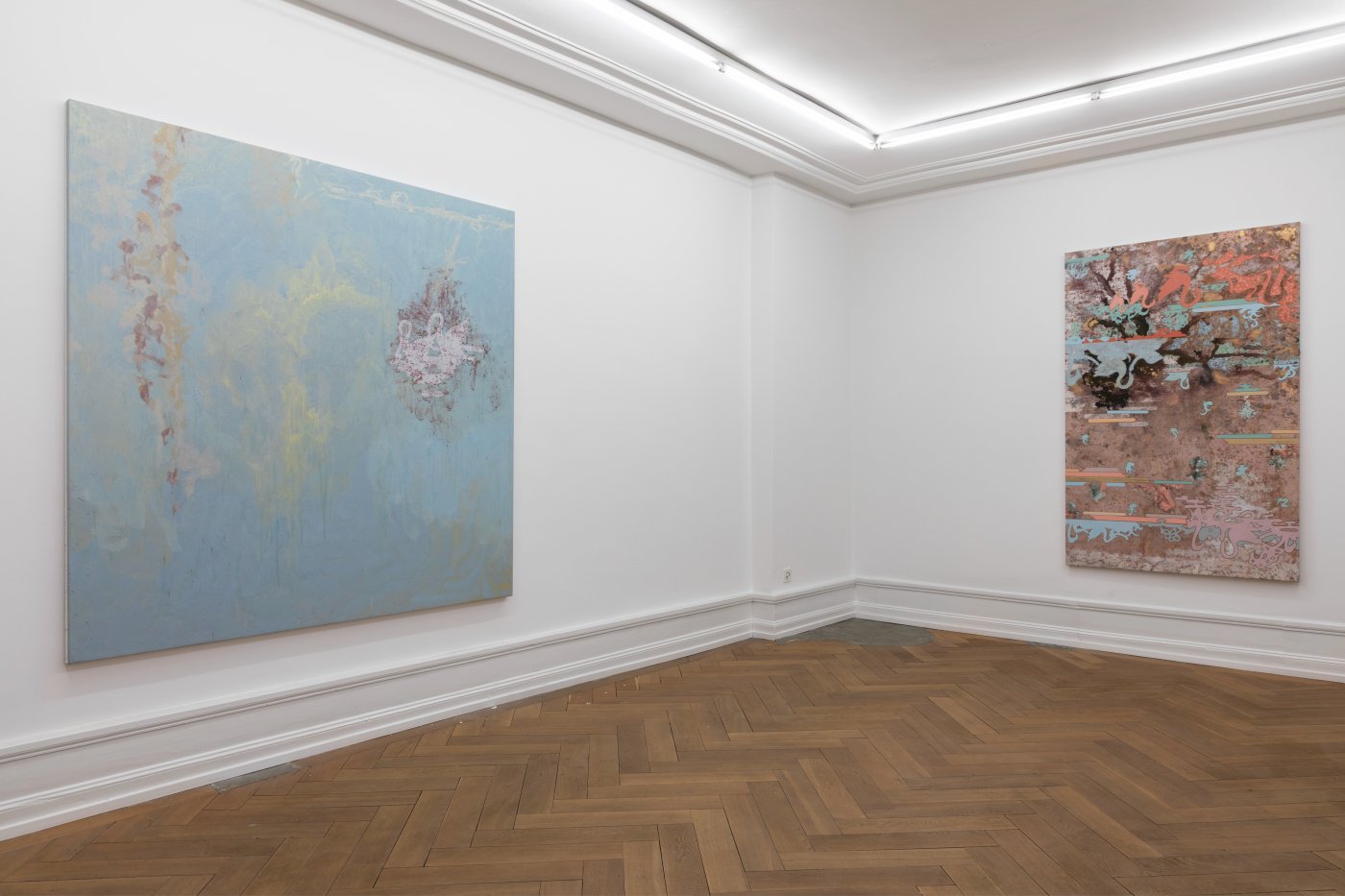 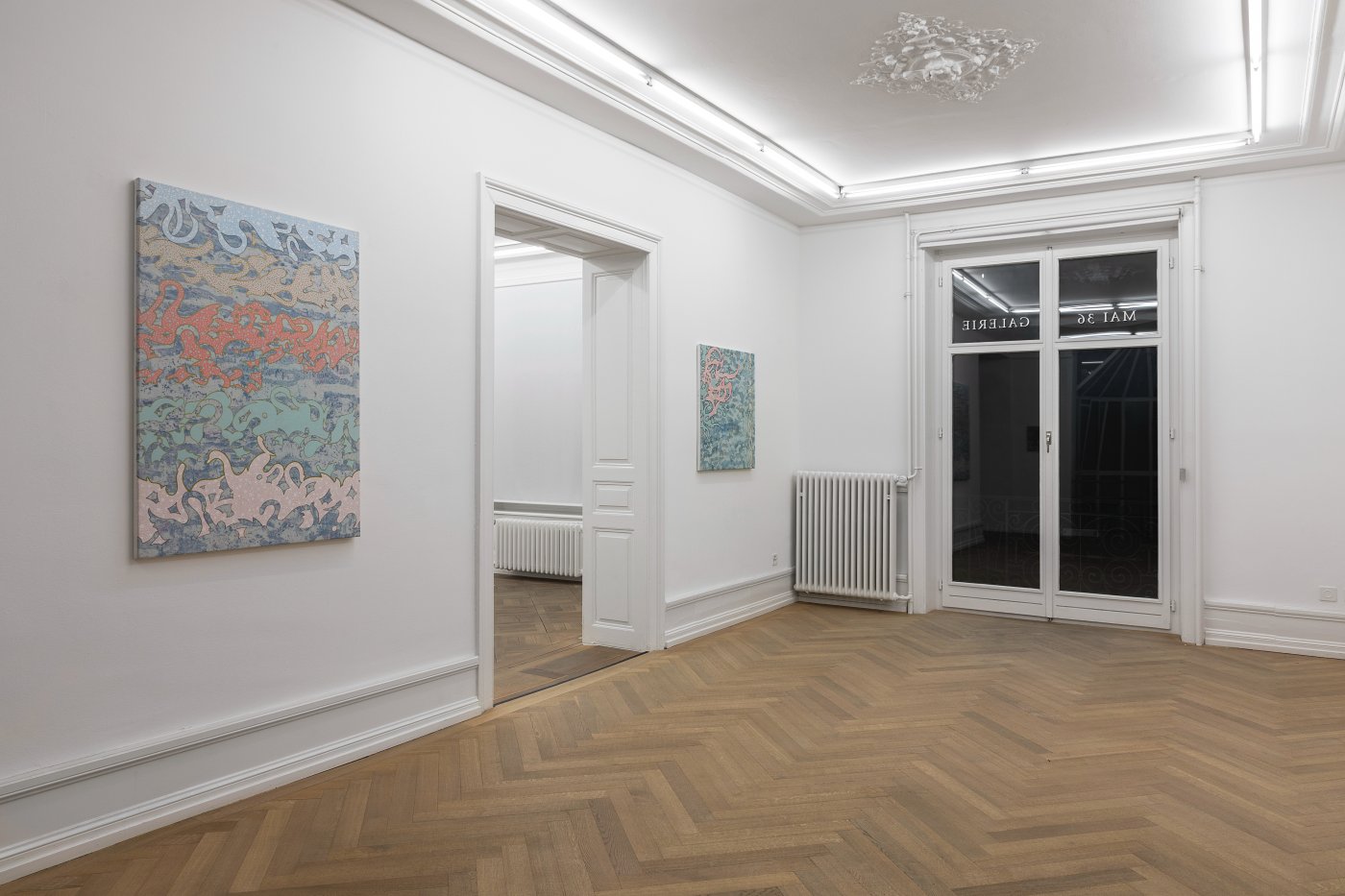 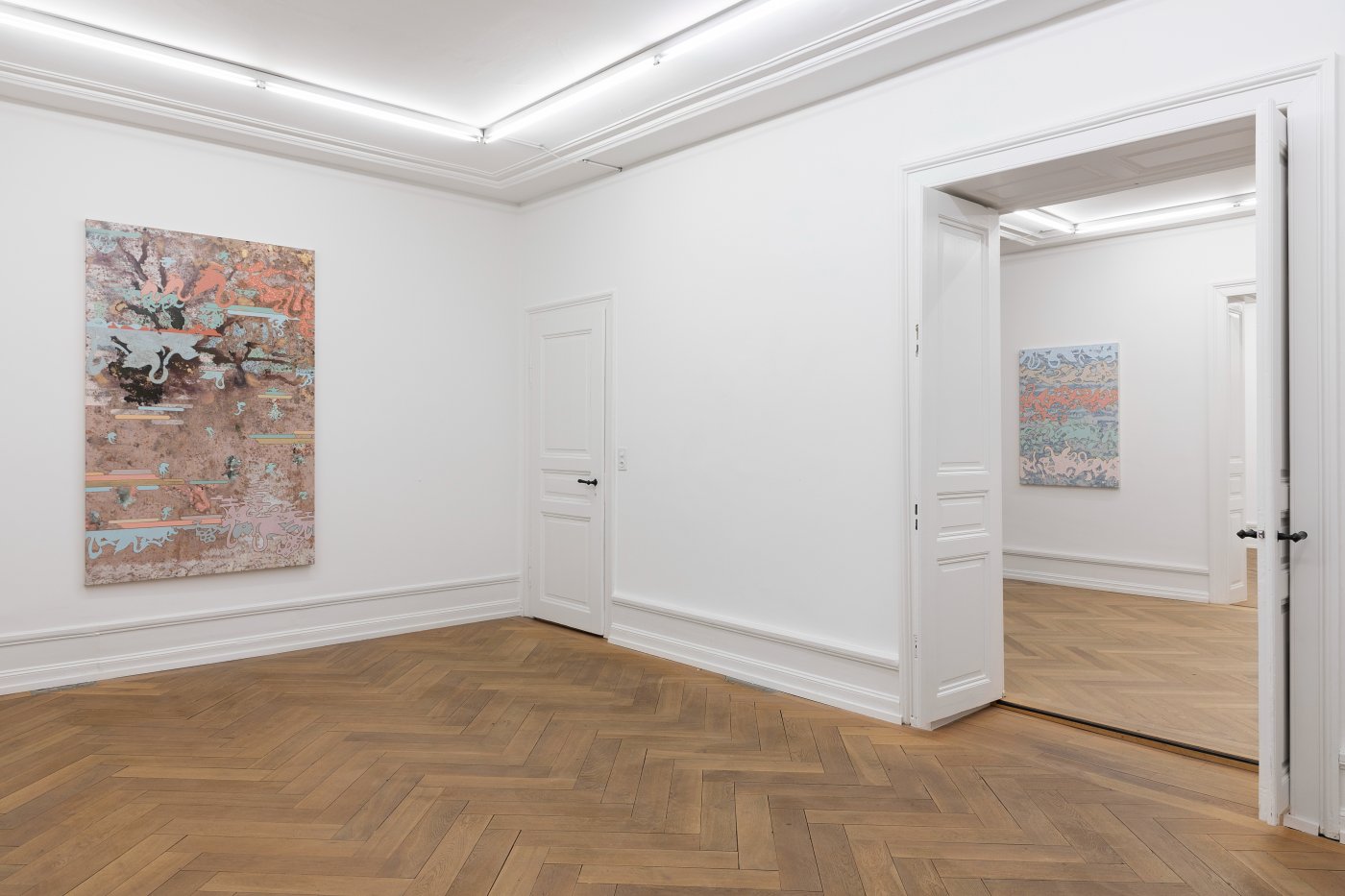 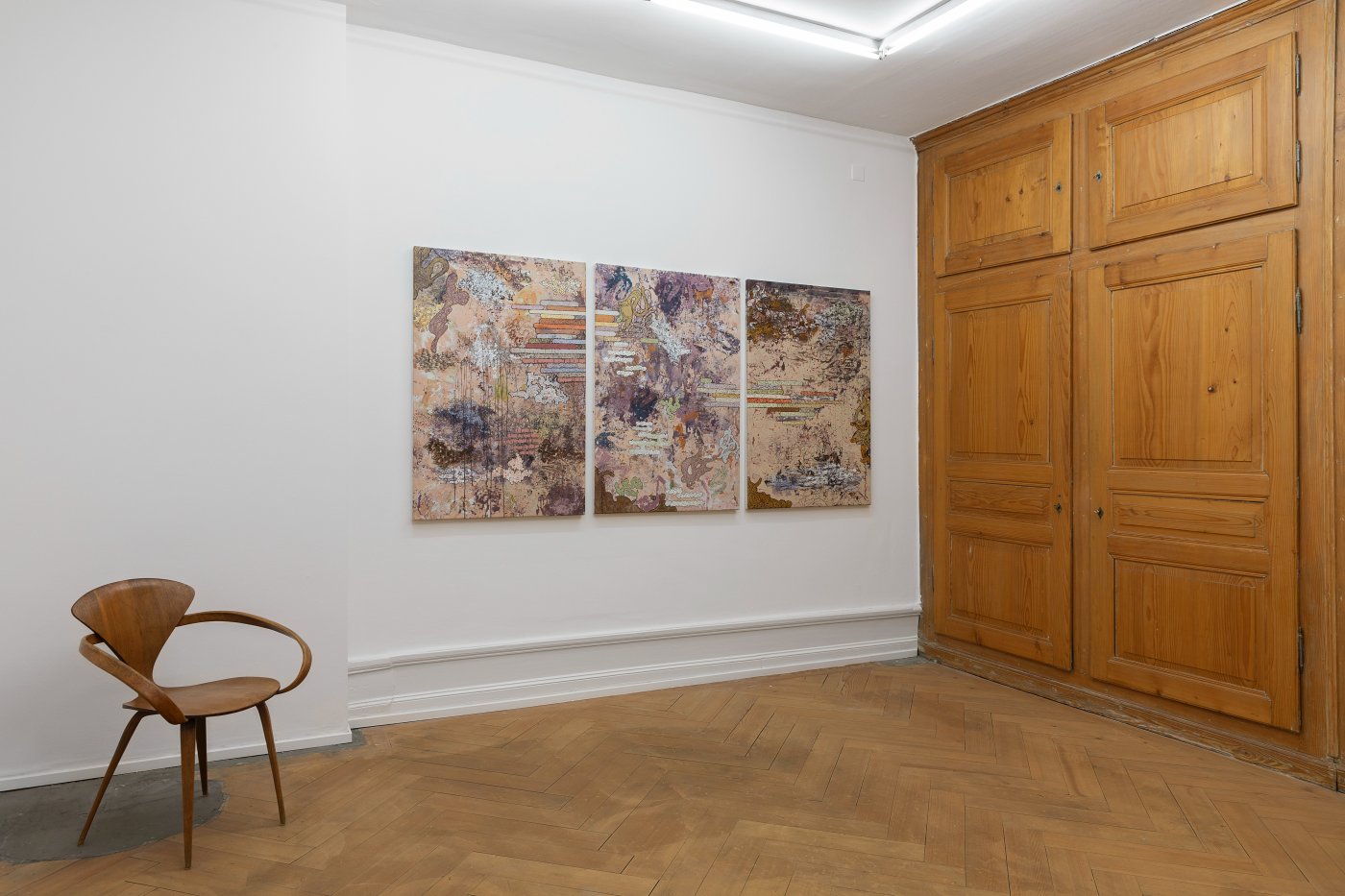 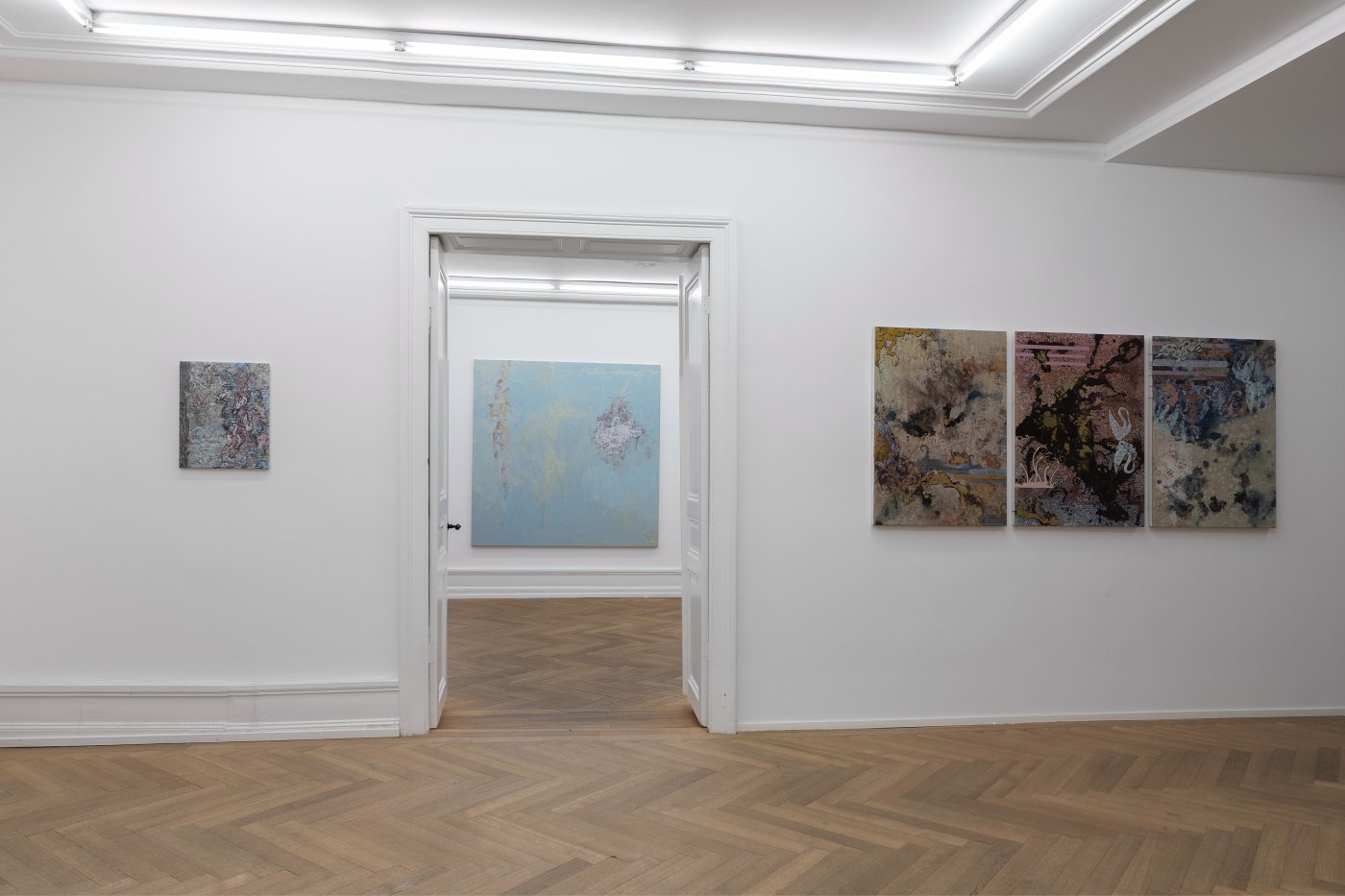 Growing up in the 1970s in Caibarién, a small town in Cuba, that, due to its neo-latin decorative style, is known for it’s gaudiness, Garciandía bore witness to its residents’ peculiar sense of decoration – adorning the tiniest corners of their houses with the most incredible objects, from dolls to plastic flowers to ornamental swans. Living in an environment notorious for the overloading of empty spaces and the habit of repeating the same patterns, Garciandía started investigating the tackiness in Cuban culture – through his paintings the artist connects with his native Cuba, catching and commenting characteristic elements and peculiarities of his hometown: the sea, the floats of the carnivals and the recurrent ornamental motifs.

At the same time Garciandía’s work cites the history of modern art: after many years spent teaching, travelling and exhibiting internationally, the artist’s colorful compositions adapted a broad variety of stylistic directions, ranging from cubism to conceptualism and abstract expressionism.
Garciandía explains his sudden changes of style with a weariness of the same as well as a somewhat morbid, possibly pathological curiosity: an extreme eagerness to surprise himself.
The meaning of the titles Garciandía ascribes to his works can also be understood in this sense: for the artist they are organically related to the works and actively contribute to an increase of ambiguity. They open up unexpected levels of interpretation and above all, according to Garciandía, contribute to confusion. It is the titles of the works that transform Flavio Garciandía’s abstractions into a narrative territory full of sarcastic imagination and critical intelligence: provoking an interplay with gloomy figurative remnants that distort, falsify and change their meaning. We are looking at paintings full of diversionist elements and indicated patterns. In some cases, the motifs located on the edge of the canvas create the feeling that the work does not end, that the painting goes beyond its own borders and thus calls for continuity.

In an analytic sense, Garciandía’s paintings may be the mise-en-scene of the pictorial. But within these terrains promiscuous relationships are developed: his paintings are a sort of free zone where all classes of authorial and subtle stylistic references to art and culture can be found and lost, a zone of crossings and voyages.