Flávio de Carvalho: The New Man from the Tropics

Flávio de Carvalho: The New Man from the Tropics

Kogan Amaro Gallery presents “Flávio de Carvalho: The New Man from the Tropics” with female drawings of the avant-garde multidisciplinary Brazilian artist, along with the New Look (Experience n.3), a men’s summer outfit created by the prolific provocateur shown in Europe for the first time since its creation in 1956 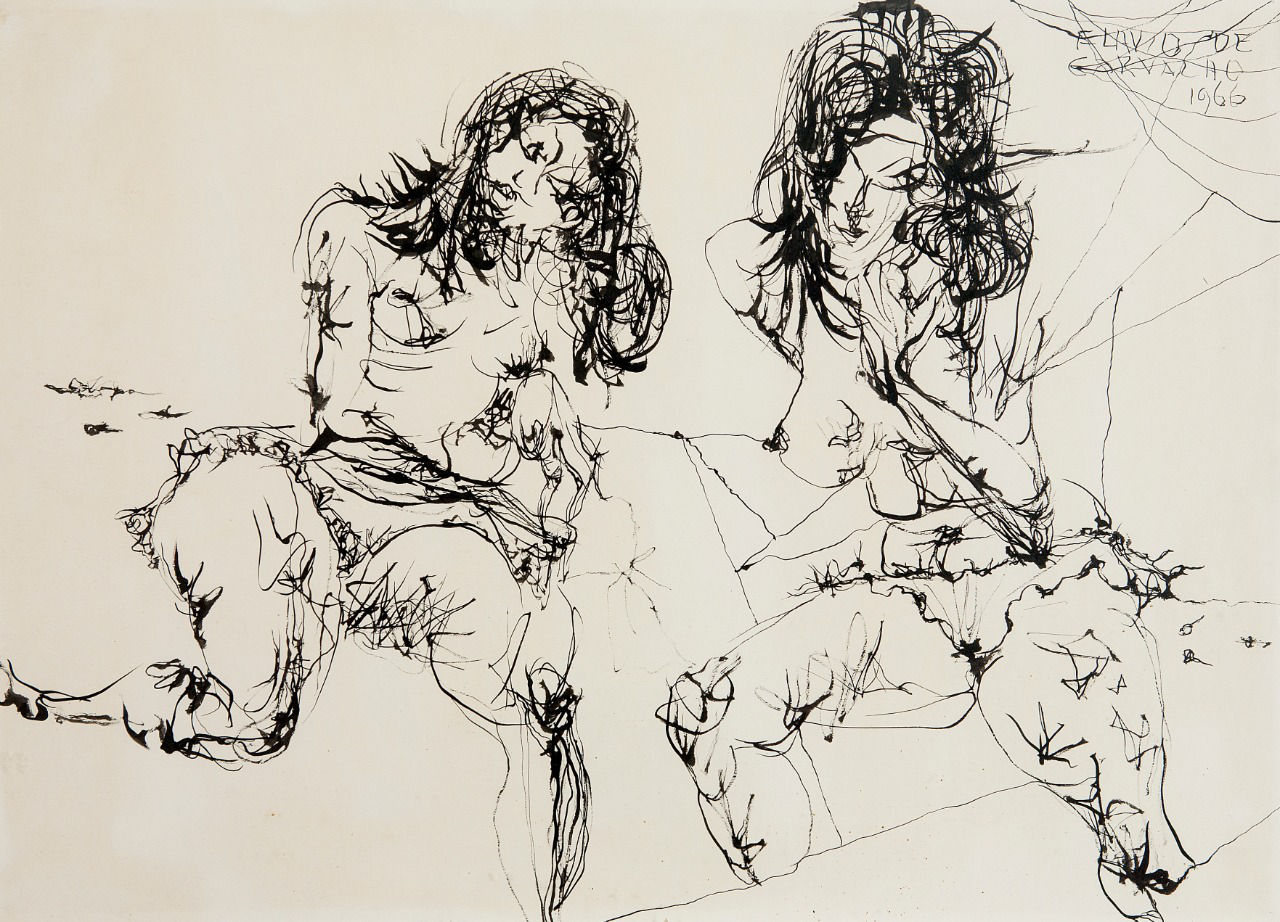 In 1929 when Le Corbusier visited Brazil and met Flávio de Carvalho, the Swiss architect defined the tall, flamboyant, confident man from the São Paulo intelligentsia, as a “Romantic Revolutionary”.

Now hailed for his vision, Flávio de Carvalho (1899-1973) was slashed in his days by conservative society, the clergy and most art critics. This Renaissance man from the tropics explored several fields – he was a talented painter, portrait artist, draughtsman, architect, engineer, essay writer, poet, fashion and interior designer, as well as an author and playwright. In the exhibition “Flávio de Carvalho: The New Man from the Tropics” Kogan Amaro Gallery brings to Zürich over twenty black ink drawings on paper of women, a subject dear for this intrepid womanizer who was attracted to beautiful, intelligent, accomplished women. The drawings show his characteristic nervous, electric style with the small zigzagging lines of his expressionistic graphic representation drawn very fast since this homme du monde was invariably involved in several projects and, as he repeatedly mentioned, had no time to loose.

This creative genius and avid reader of Freud and Nietzsche was a multidisciplinary artist in a time when being involved with so many genres of art, architecture, engineering, theater and literature was unusual. He was nominated for the Nobel prize in literature in 1939, represented Brazil at the 1950 Venice Biennale and frequently courted controversy. One of the cause célèbres of this prolific provocateur happened in 1956, and is now viewed by the art establishment as a proto-performance. Deeming the men’s suit nonsensically warm for the tropics Carvalho designed a short-skirted suit for men with specific aeration features. The artist himself paraded the eccentric garb, entitled New Look (Experience n.3), in the streets of São Paulo in 1956. The population was shocked, traffic stopped, but his far-out idea, as he predicted, made it to the front page of every local newspaper.

The original New Look (Experience n.3) summer outfit for men created and worn by Flávio de Carvalho himself is part of the museum collection of the Fundação Marcos Amaro / FAMA (Marcos Amaro Foundation) located in Itú, São Paulo state. The exhibition at the Zürich branch of Kogan Amaro Gallery will show for the first time in Europe the original revolutionary New Look (Experience n.3).

Tarnished or not by the petite bourgeoisie mentality, Flávio de Carvalho went on fueling his copious mind with his inventive makings until his death two decades later. The advanced ideas of this modernist artist, one of Brazil’s greatest, opened the path for the conceptual experiences of Lygia Clark and Hélio Oiticica in the 1960s and 1970s. Flávio de Carvalho was pivotal in activating discussions on the relationship between art and architecture as well as an active thinker, writer and cultural promoter, who organized several exhibitions and conferences in São Paulo, particularly in the 1930s.