FIGURE/S: drawing after Bellmer explores the body as a site of oppression and liberation through the work of modern and contemporary artists. It takes as its starting point the radical and transgressive drawings of Hans Bellmer (1902-1975), whose work simultaneously mimicked and resisted the dehumanisation performed by fascism and racism. His drawings have had a powerful influence, sometimes subterranean, on many artists across the world in both high and popular culture, from French Surrealism to Japanese manga. Recently there has been an upsurge of interest in his work, especially the drawings, by younger contemporary artists. 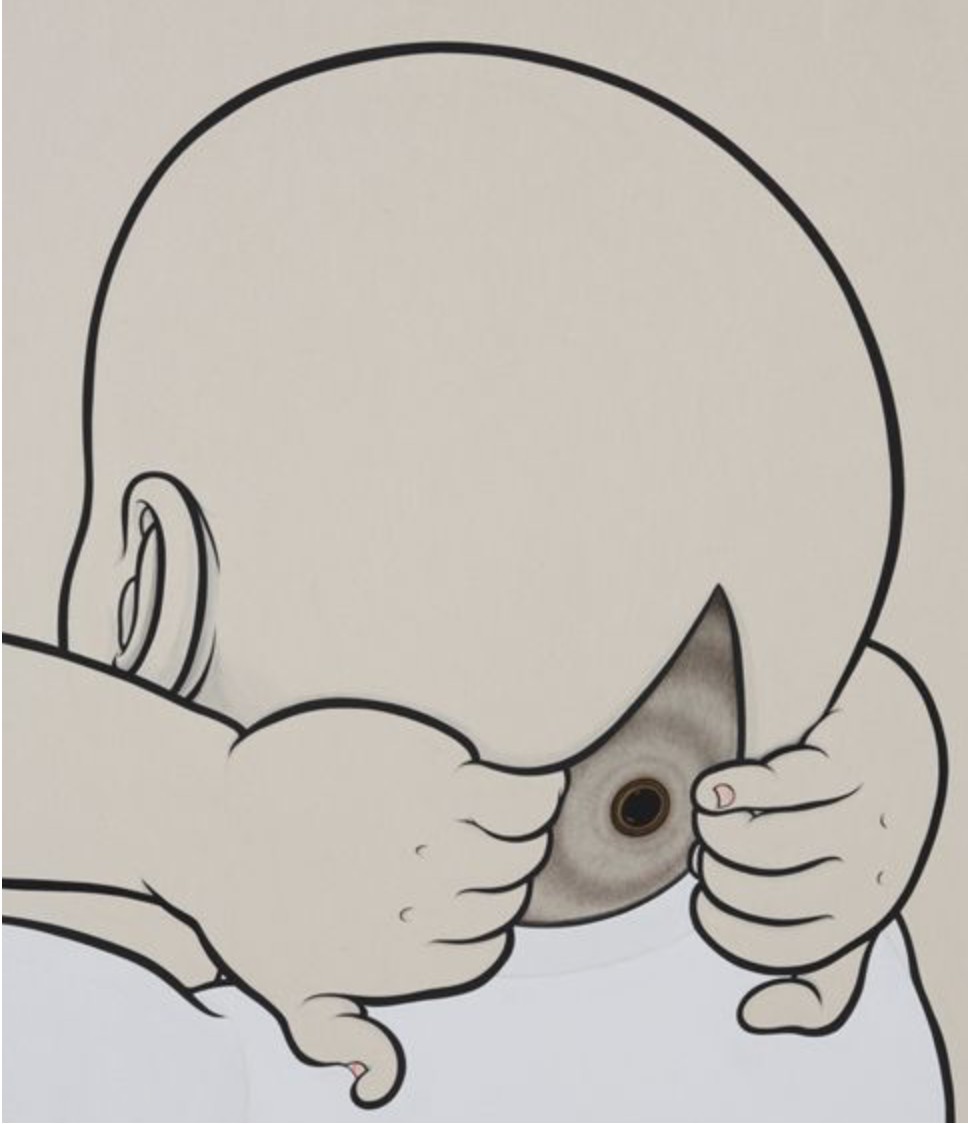 The exhibition explores Bellmer’s lasting influence on artists and thinkers through work by twenty modern and contemporary artists from Japan, UK, Lebanon, Nigeria, Germany, France and US. It includes carefully selected drawings made by Bellmer in the 1940s to 60s, by his partner Unica Zürn in the 1960s, by Richard Hamilton in the 1950s and by the Lebanese artist Huguette Caland in the 1970s. These modern works are combined with contemporary approaches that relate to feminist, transgender and anti-racist concerns, including new commissions by Mathew Hale, Rebecca Jagoe, Aura Satz and Marianna Simnett. Bellmer’s influence in Japan is represented by the work of Fuyuko Matsui, Kumi Machida and Tabaimo and the exhibition also includes Paul Chan, Neil Gall, Sharon Kivland, Jade Montserrat, Jean-Luc Moulène, John Murphy, Paul Noble, Wura-Natasha Ogunji and Chloe Piene.

Bellmer grew up with the rise of National Socialism in Germany, with its antagonism towards ‘degenerate’ bodies and celebration of the ideal human form. Through the production of hundreds of drawings and the two dolls he constructed in the early 1930s and photographed in disturbing and scandalous scenarios, Bellmer defigured and refigured the body in pursuit of unimagined sensations. He likened the body to a sentence that can be dismantled and recomposed, an interest shared with Unica Zürn, the artist, poet and writer who had a relationship with Bellmer from 1953 until her premature death in 1970. For drawings ‘after’ Bellmer, the phallocentric focus of his enquiry is superseded by approaches that challenge and split the subject to embrace multiplicity and creaturely freedom.

Bellmer was formally trained in engineering, design and perspective and northern European classicists, such as Albrecht Dürer and Matthias Grünewald, made a deep impression on the young artist. He brought the precision that he exercised in his training and that he admired in these influences to his experiments with the human form. In his drawings exterior and interior bodily states morph and he explores the idea of the androgyne. His questioning of normative structures of identity and of gender binaries is taken up by other artists in the exhibition who raise the troubling question of the role of the body’s pleasures in relation to both oppressors and oppressed, domination and insurrection.

Writing and drawing were equally important to Unica Zürn; both originated from her imagination and from her play with language, rather than from a study of form. She is represented in the exhibition by drawings that combine word and image and that are characterised by the flattening out of the body, the multiplication of eyes and other body parts and an intermingling with birds and beasts. Her experimentations with language, in particular with anagrams, were encouraged by Bellmer.

These ideas are developed by Irish artist Rebecca Jagoe and British artist Jade Montserrat whose works combine text and image: Jagoe’s taking the form of an illustrated manuscript and Montserrat’s a series of poetic provocations. The notion of drawing as cut is developed in new works by British artists Mathew Hale and John Murphy that employ collage, drawing and writing.

Bellmer suggested that a shared human instinct is to ‘escape from the outline of the self’ and in a similar line of enquiry we see American Paul Chan, British Marianna Simnett and Nigerian Wura-Natasha Ogungi probing the limits of what or who is legible as human and searching for ways to escape the ordinary body. Ogunji has observed that her drawings are trying to articulate something for which the language doesn’t yet exist; a formulation that reiterates this reach beyond the prosaic limits of the human body and its capacity for language.

‘My drawings are really about … how I can think of moving my body or another body or opening the body, exploring it, making it awkward and transforming it…’ – Wura-Natasha Ogunji

In Bellmer’s drawings line often has a double function, joining and separating, a device exploited by Lebanese artist Huguette Caland in a series of pared down linear drawings made in the early 1970s. Bellmer’s photographs of artist and poet Unica Zürn bound with string created an abstract morphology that British artist Paul Noble has applied to the sculptures of Henry Moore.

‘His work [Moore’s] is really everywhere. I wasn’t a fan of his work and I was critical of his repeated presentations of the nuclear family. His attitudes seemed in tune with the government’s desire to have women back in their place after the war. Aesthetically, I much prefer Moore’s contemporary, Hans Bellmer, who has a much more disorienting response to the brutality of World War II.’ – Paul Noble

Bellmer’s drawing has a forensic dimension which enabled him to combine transgression with a dispassionate rendition. French artist Jean-Luc Moulène’s drawings of heads made whilst watching a TV crime series are far from Bellmer’s fetishistic precision but seem to embody a subjective response to his subject; the laboured accretion of pencil strokes mark the duration of his viewing.

Bellmer wrote: ‘If the origin of my work is scandalous it is because, for me, the world is a scandal’. His work has continued to scandalise and this exhibition takes a critical look at its content whilst acknowledging Bellmer’s innovative production of ambiguous and disturbing images that have renewed significance today in their exploration of androgyny and confusion of the real and the virtual.

A Study Library display, Bellmer and Manga will trace Bellmer’s influence on Japanese manga and anime and a programme of talks, panel discussions and performances will enrich and expand discourse and research around the issues raised by the exhibition.

ON FIGURE/S: drawing after Bellmer is a book published by MA BIBLIOTHÈQUE as a companion to the exhibition. It gathers responses to its themes and is a way to think through and with works of art and their histories involving multiple textual forms, collage, and drawing, which take the radical and transgressive energy of Bellmer and Zürn in unexpected directions. Edited by Kate Macfarlane, Michael Newman, Sharon Kivland and Louis Mason, its 29 contributors include Paul Buck, Jade Montserrat, Bernard Noël, Francesco Urbano Ragazzi, Aura Satz and Sarah Wilson.

FIGURE/S: drawing after Bellmer is curated by Michael Newman (Professor of Art Writing, Goldsmiths, University of London) and Kate Macfarlane (Co-director, Drawing Room). An art historian and critic, Newman has written extensively on contemporary art, and has a long-standing interest in drawing, with numerous publications, including ‘The Traces and Marks of Drawing’ in The Stage of Drawing: Gesture and Act (Tate Publishing and The Drawing Center, 2003). He has been researching Bellmer for six years and teaching his work in relation to contemporary art.