FIAC in the galleries - Frank Stella

FIAC in the galleries - Frank Stella 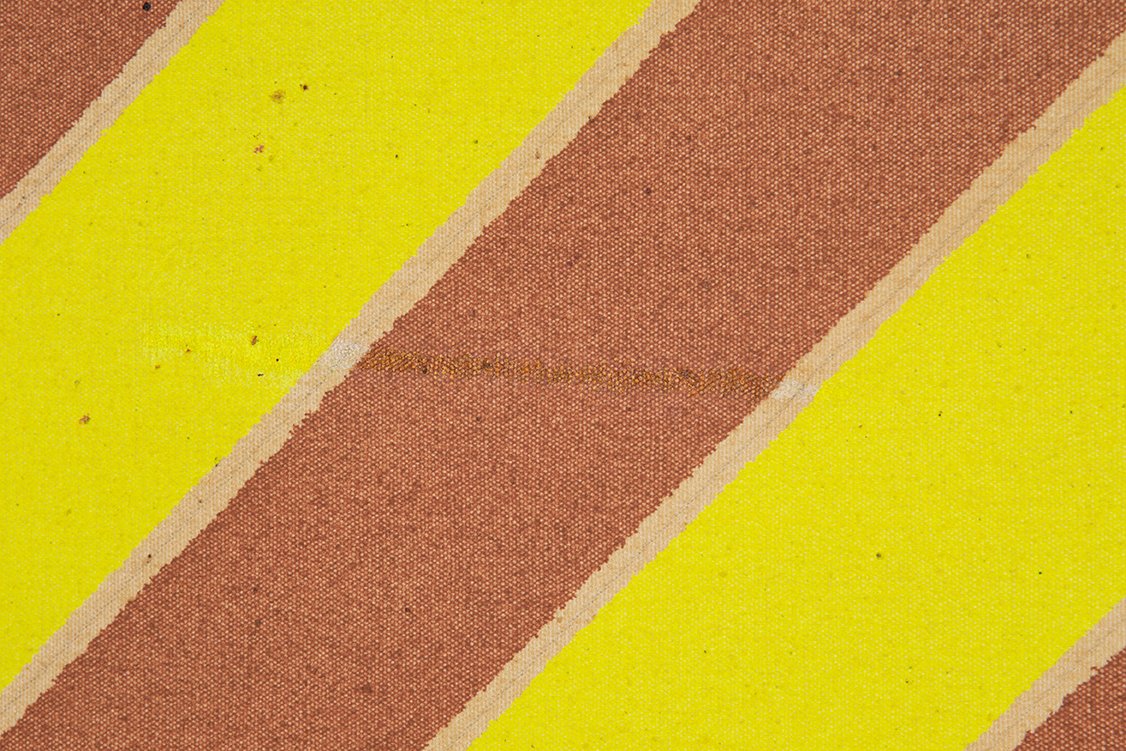 In the autumn of 1961, a twenty-five-year-old Frank Stella made his first trip to Europe, which he then extended to a stay in Morocco. In the New York art world, Stella was already well established, having participated in the 1959 exhibition Sixteen Americans at MoMA, and been picked up by Leo Castelli, in whose gallery Stella showed his first ‘shaped canvases’ in 1960. These Aluminum Paintings followed on his earlier series of Black Paintings, both very much a part of early US minimalism. Anti-illusionist, answering to symmetry and ‘objecthood’, with their interest in the ‘non-relational’, these series also stand out for their disregard of color. William Rubin would say that they manifest a ‘neutral anti-color’. The same can be said of the Copper Paintings, Stella’s second series of shaped canvases, which he exhibited after his return to the US in 1962, though he had painted them earlier. His return from Europe saw him provisionally abandon both monochromality and the non-rectangular canvas. It was provisional in the sense that as early as 1963 he had gone back to using polygonal structures covered in an acidic, metallic purple. Critics at the time spoke of the ‘expressive role’ played by the color in these works, something that would come vividly to the fore in the so-called Moroccan paintings, to which the 1964 canvas Tetuan I belongs. It was a peculiar, even paradoxical year in the artist’s career. During a radio interview with Donald Judd, in a resolutely dogmatic presentation of his approach, Stella laid the groundwork for a tautological conception of his practice. And yet it is incontestable that certain paintings he made at the time or in the period immediately after this interview are in fact permeated with foreign influences, shot through with memories and reminiscences, with traces and sensations from his stay in Morocco three years earlier. Rubin says of his 1964 paintings that there is a ‘relaxation in his approach to pictorial problems’, and that there are contradictions in the ways that Stella negotiates them. He speaks of a détente, and of a change of paradigm that saw Stella neglect structure for color, no doubt for this reason having also decided to again temporarily abandon, as he had in 1962, his shaped canvases, and return to more or less square formats. In Tetuan I, his use of red and yellow diagonals, separated by discrete ‘reserves’, by now a regular characteristic in his work, is representative of this series. The incandescent paint has a transparency to it that comes from its having been laid down in a single coat. But these paintings are also a confession: Stella is conceding the same power of illusion that he had vainly attempted in his youth to eliminate from his painting. Not only does he no longer refuse it, let alone actively fight against it, he has now turned it into a machine rich in painterly possibilities. This is what makes Tetuan I and the other Moroccan paintings emblematic of a crucial turning point in his career.