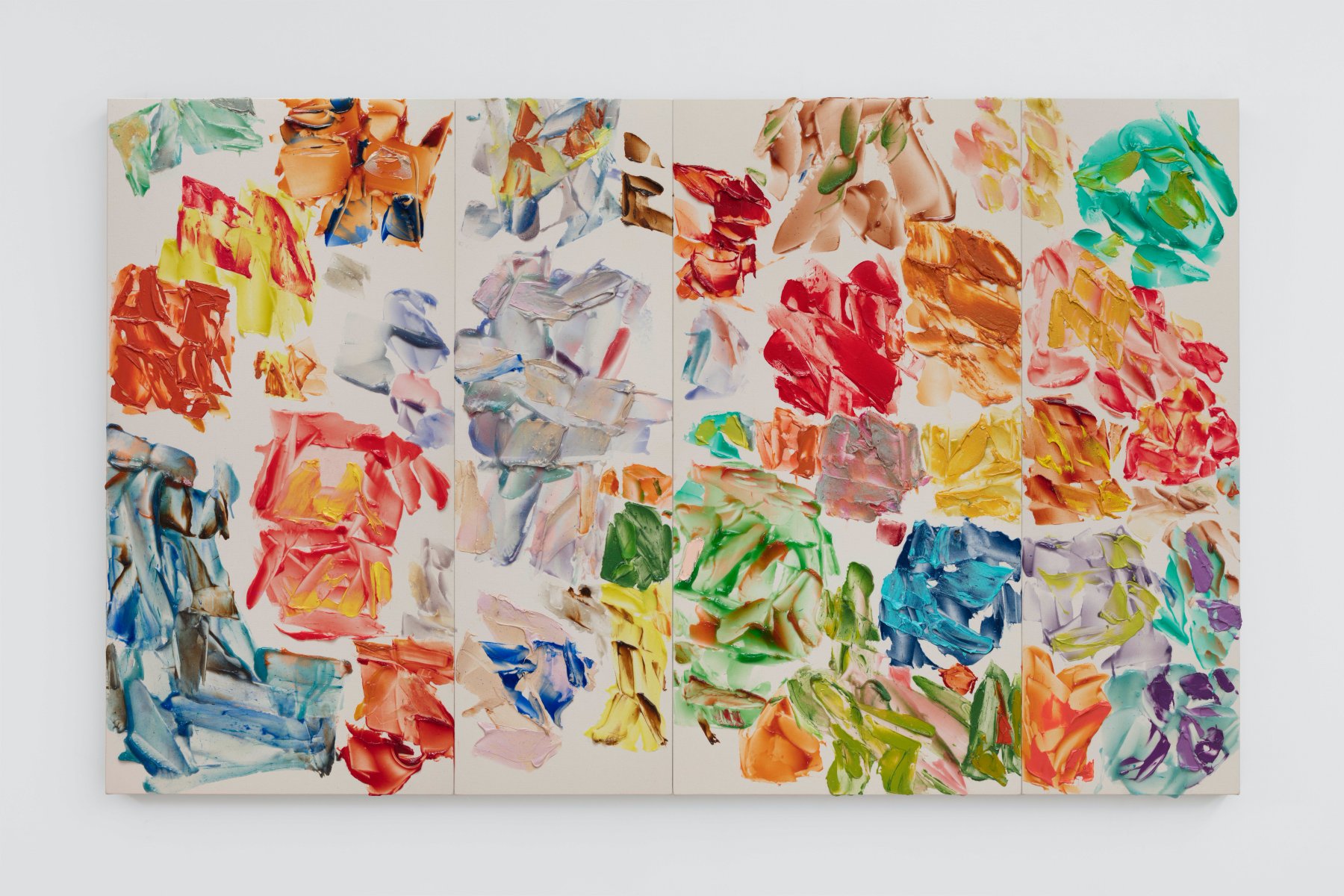 Kenjiro Okazaki (born in 1955) is a Japanese visual artist whose works span over several genres, including painting, sculpture, as well as landscape and architecture. Many of his works have been featured in public collections throughout Japan and in various exhibitions around the world. In 2002, Okazaki was presented in the Japanese pavilion of the International Architecture Exhibition in Venice Biennale.

From around 2015, Okazaki began to produce large paintings by connecting multiple panels. The brushstrokes of one panel can be linked through inversion of mirror image relation to panels other than the one adjacent to it, thus creating connections between otherwise distant strokes, generating a different plane every time it is looked at.

TOPICA PICTUS is a suite of abstract paintings, each paired with a short essay and reference image(s), which function as key components to provide multi-layered experiences to audiences.

In this ongoing series that now comprises over 150 works since the start of the COVID-19 pandemic, the works were made in response to the unprecedented condition of isolated co-existence, the suspension of time and space, and the perceived loss of tactile or concrete experience, which has significantly impacted our social reality. For the artist, this condition has provided the “possibility of going everywhere because we cannot go anywhere,” an opportunity to go on a solitary journey. In the process of making these paintings, Okazaki finds that the multitude of issues that historically face painting is akin to the discovery of a place. Namely, each painting confronts a unique issue and allows for a unique topos (place) to emerge. The term topica in TOPICA PICTUS is derived from Aristotle’s Ars Topica (The Topics) on the art of the dialectic, and is associated with topos, which indicates a place. In the course of his work, Okazaki recalled not only art historical objects such as African masks, decorative and colored manuscripts, Kamakura-era picture scrolls, Momoyama-era Japanese paintings, Renaissance, Impressionist, and Modernist art, but also medieval maps, images of Dumbo, Pearl Harbor, and Google Earth.

Kenjiro Okazaki’s relief works were first presented individually in 1981, and later developed into a series between 1987 and 1989. Although the series of reliefs may appear as an iteration of the same shape, the impression felt when seeing each work becomes detached from the shape that is understood as being the same, displaying instead a unique appearance and evoking a memory of a distinct place. Such discrepancy between what is recalled and what is actually seen is a characteristic that all of Okazaki’s works share. It gives rise to a strange feeling that different times and places that are supposed to be distant from one another nonetheless have emerged instantaneously right here and right now as we watch.