In a special collaboration with Marinella SENATORE and gallery artist Silvia GIAMBRONE, this exhibition brings together two leading artists to explore Feminism in Italian Contemporary Art. Curated by Paola Ugolini, the exhibition is a visual representation of struggle, resistance and growing awareness in the belief that art can trigger a constructive dialogue–overcoming differences in gender, class, race and religion. 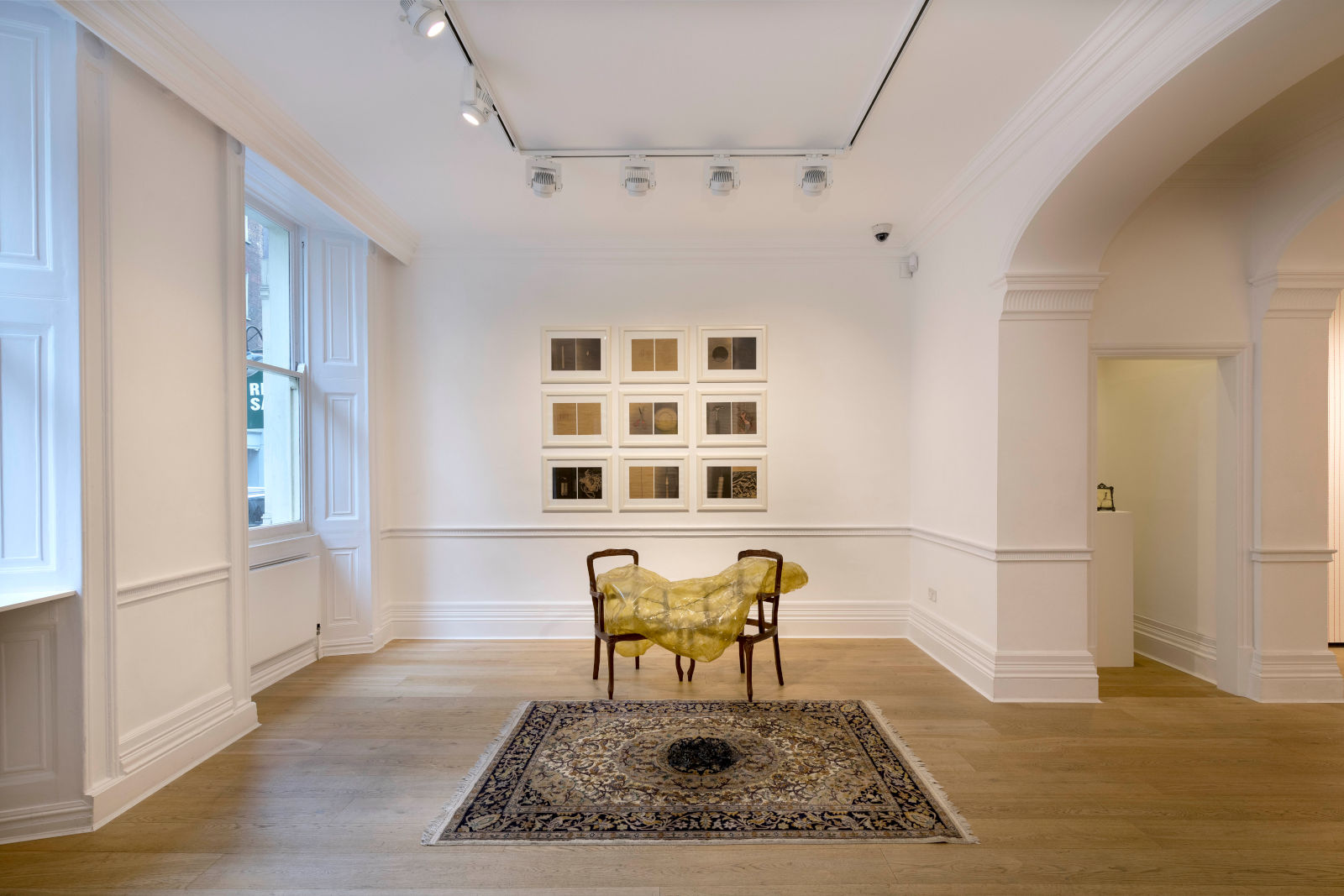 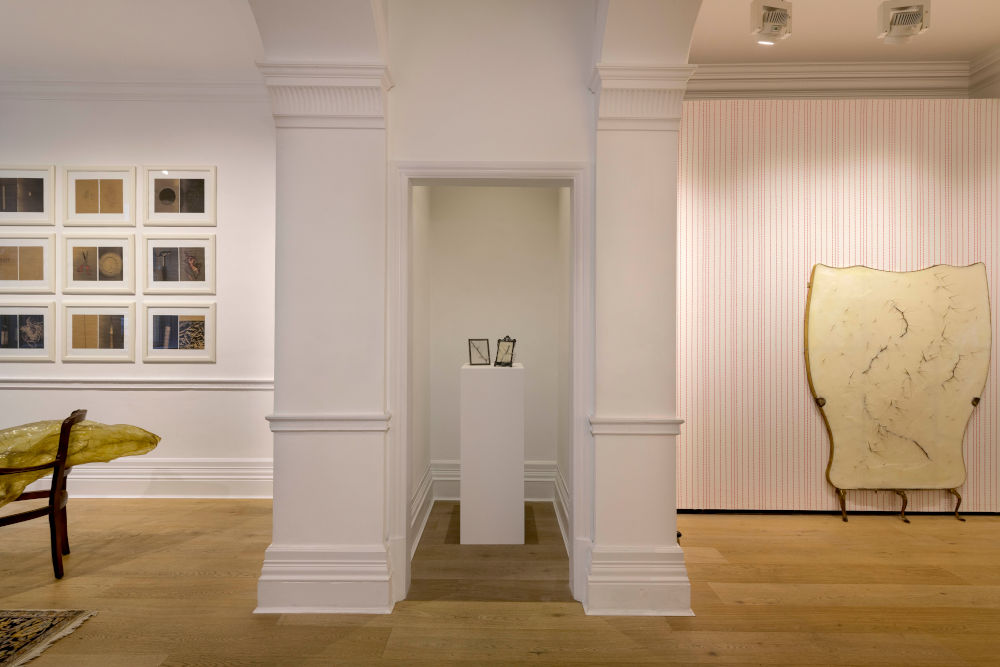 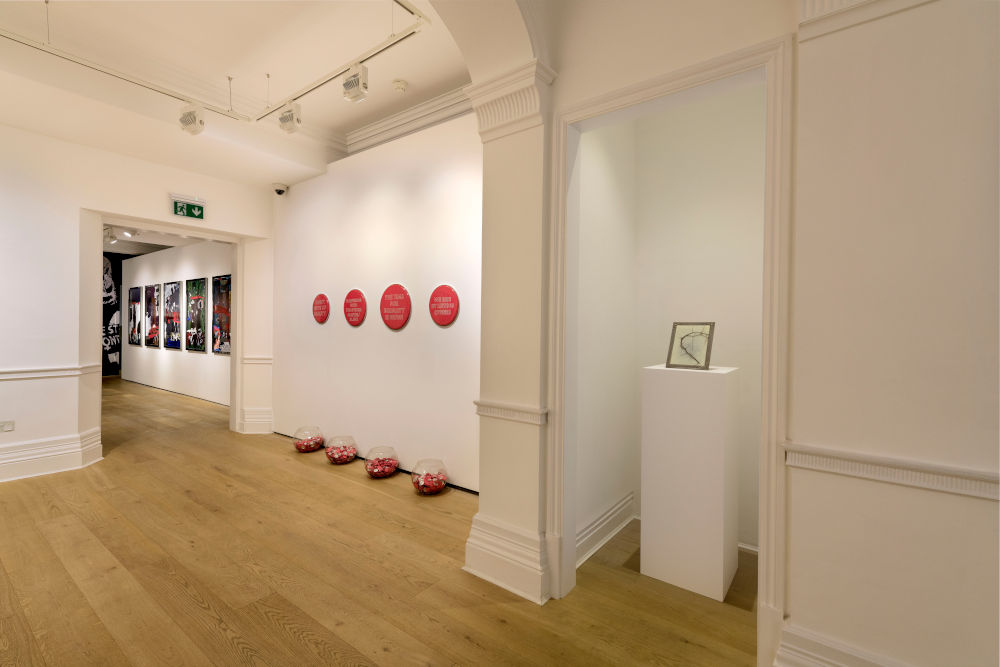 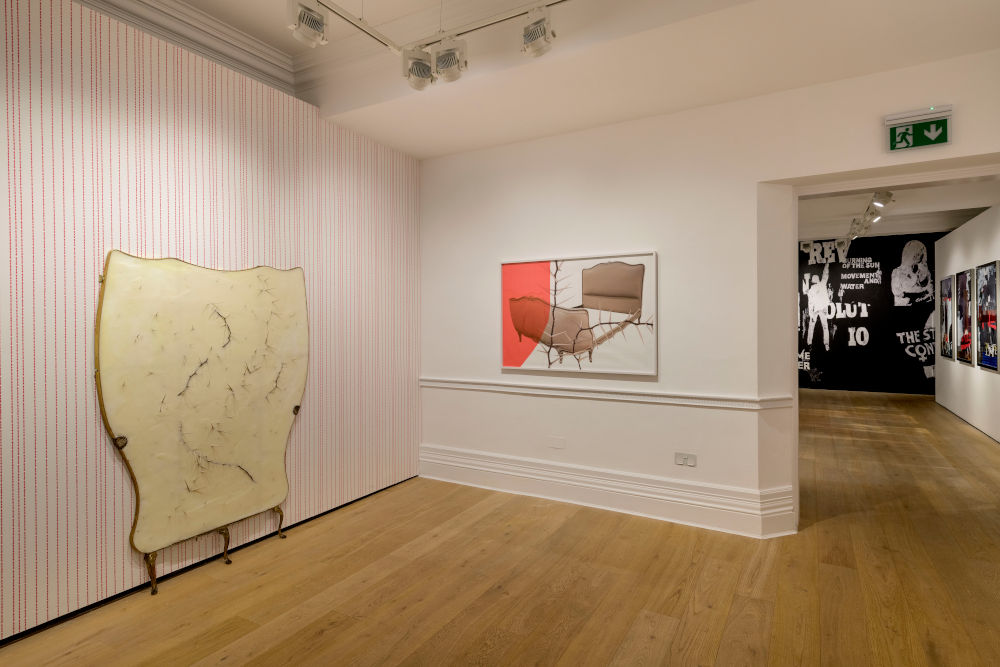 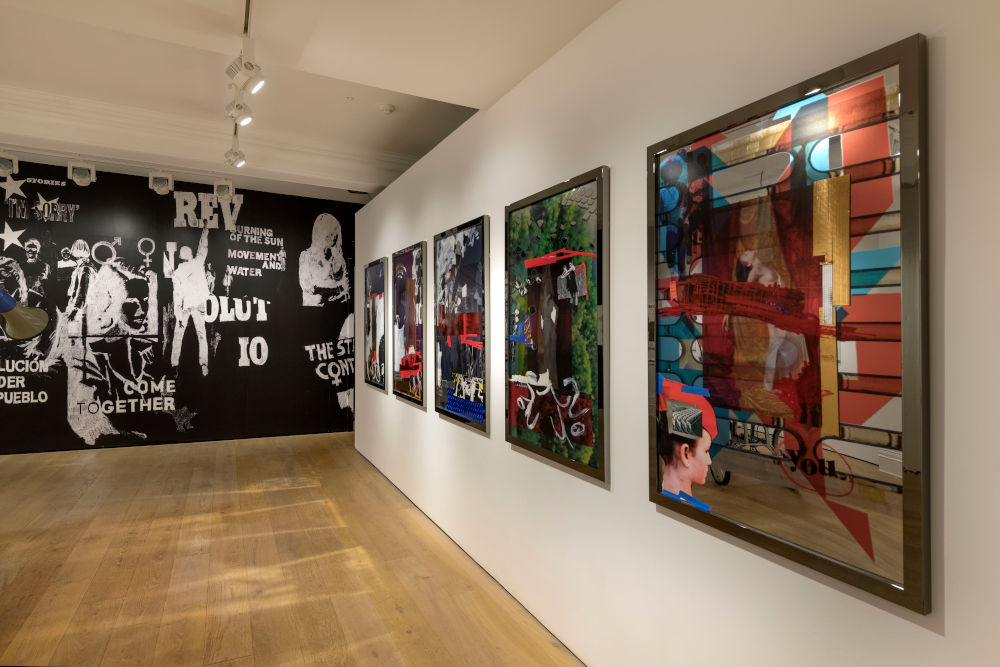 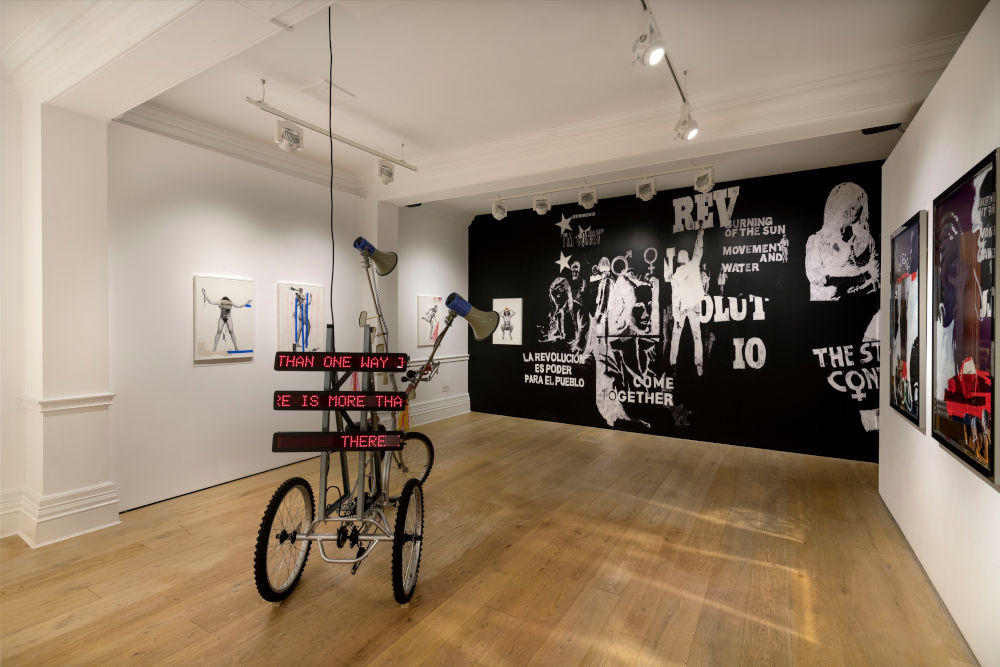 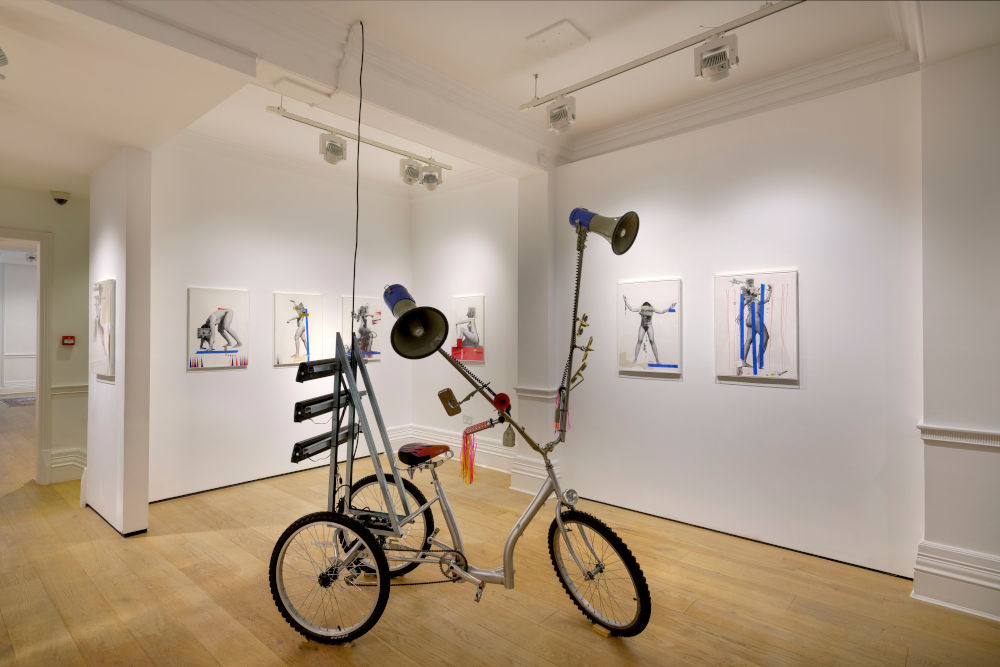 Works in the exhibition represent two aspects of the feminine: on the one hand the home–the domestic environment, that warm nest of family intimacy that all too often, rather than providing a shelter from the world, can become a deadly trap of inevitable frustrations and conflicts. On the other hand: activism, the street, slogans, songs, banners, marches, raised fists or hands joined high over the head to form a triangle–that symbolic and powerful gesture that appeared during the late 1970s, then disappeared and now, finally, has reappeared in recent demonstrations.

Elements from everyday objects are made sinister in Silvia Giambrone’s (Agrigento, b.1981) work, revealing abuses of power and examining society’s addiction to violence. In the first room of the gallery, Giambrone reconstructs an apparently harmless domestic interior, a Persian rug–a typical decorative object in a middle-class home–with a circular burn at the centre that is more reminiscent of the desolate devastation of a battlefield than a comforting symbol of warm coziness.

Concurrently, her work Untitled with Thorns (2017) features two chair frames connected by a plastic form, inside which a forest of acacia branches projecting sharp and twisted thorns has sprouted. The fragility of human relationships is embodied in this work: any prolonged or intense pressure would damage the plastic sheath, the thorns bursting it open. The gallery’s walls are further lined with wallpaper, the pattern a decoration of razor blades, giving the blades a negative and frightening symbolic value in this context. Embroidered works hanging on the walls offer a dual reading of a ‘typically’ feminine applied work. Depicting heroin molecules, she references the loss of agency and autonomy felt by women after the birth of their firstborn (often leaving a career to return ‘home’).

By contrast, Marinella Senatore (Salerno, b.1977) relies on participation and relations, combining public protest with theatre, music and film. Senatore considers herself as an ‘activator of processes’, redefining the role of the public not as an audience of spectators, but rather as a group of active subjects complete with their own history, interests and skill-sets. To realise her spectacular collective parades and audio-visual works, the artist involves the general public–and at times, entire communities–to become protagonists in the creative process. By reformulating the roles of the author-creator and the audience-public, Senatore’s work outlines a precise political operation: that of dismantling the pyramidal creator-viewer relationship.

The neutral space of the gallery is activated by Senatore’s work, transforming it into a plaza for demonstrations, in an immersive experience of aesthetically organised chaos among processional banners, posters and collages with poetic reflections on the concepts of revolution and mass participation.

As part of the exhibition, both artists will present performances. Senatore presents Protest Forms: Memory and Celebration. Public opinion descends upon the demonstrators, a performance interpreted by dancer Paola Lattanzi that celebrates the Japanese butoh dance, founded by choreographer Tatsumi Hijikata in a climate of political clash against the Americanisation of Japan following the Hiroshima tragedy. As an act of resistance and rebellion, a spirit of protest hypnotically emerges from the androgynous dancing figure whose movements fabricate an invisible process of transformation.

Feminism in Italian Contemporary Art forms part of Richard Saltoun Gallery’s 12-month programme dedicated to supporting the work of female artists. Titled 100% Women, the programme aims to remedy the gender inequality that persists in the art world and encourage wider industry action through debate, dialogue and collaboration. 100% Women will pursue its mission through a combination of gallery exhibitions, art fair presentations, artist talks, a film and lecture series, external collaborations and digital exhibitions hosted on the gallery’s new online platform.