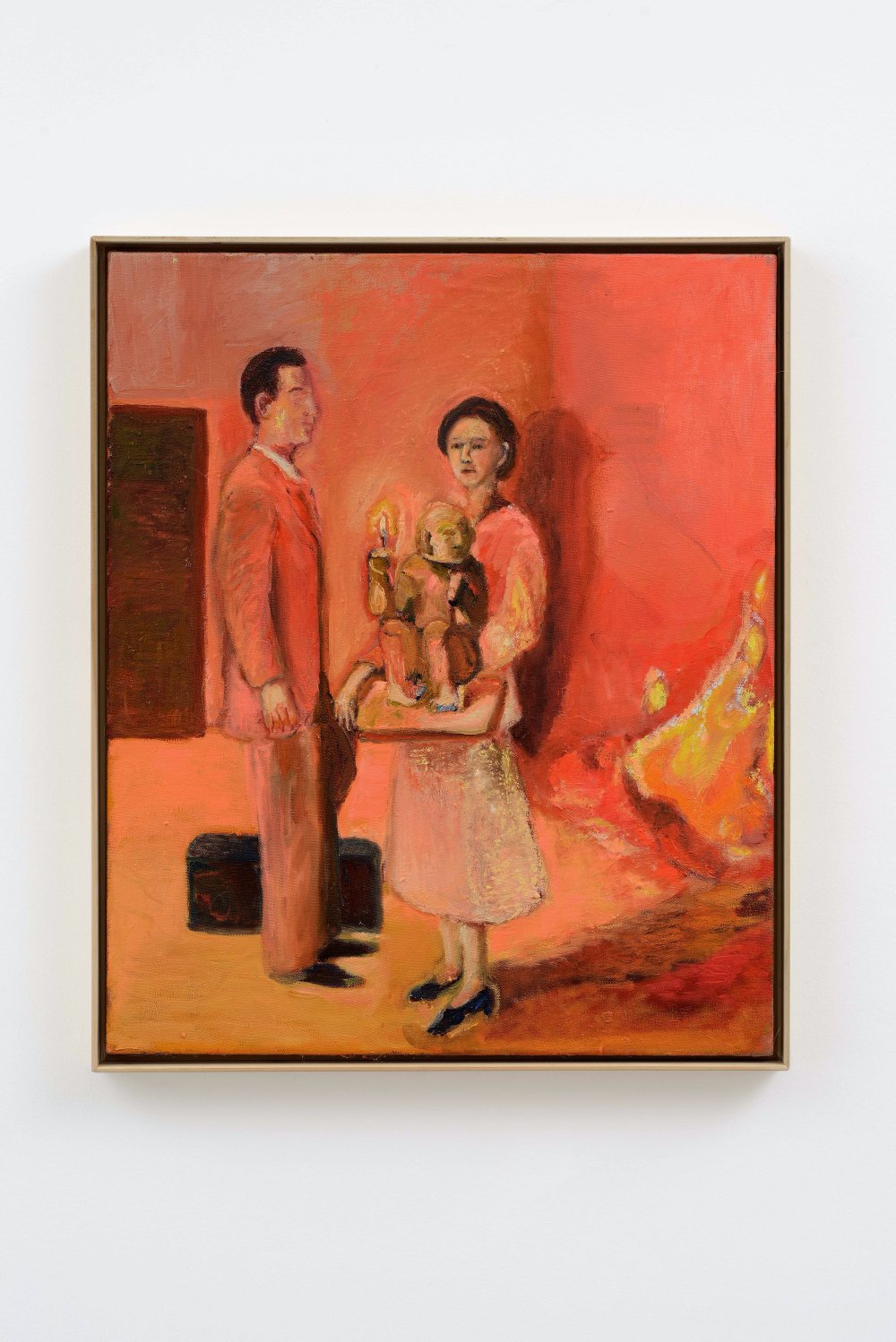 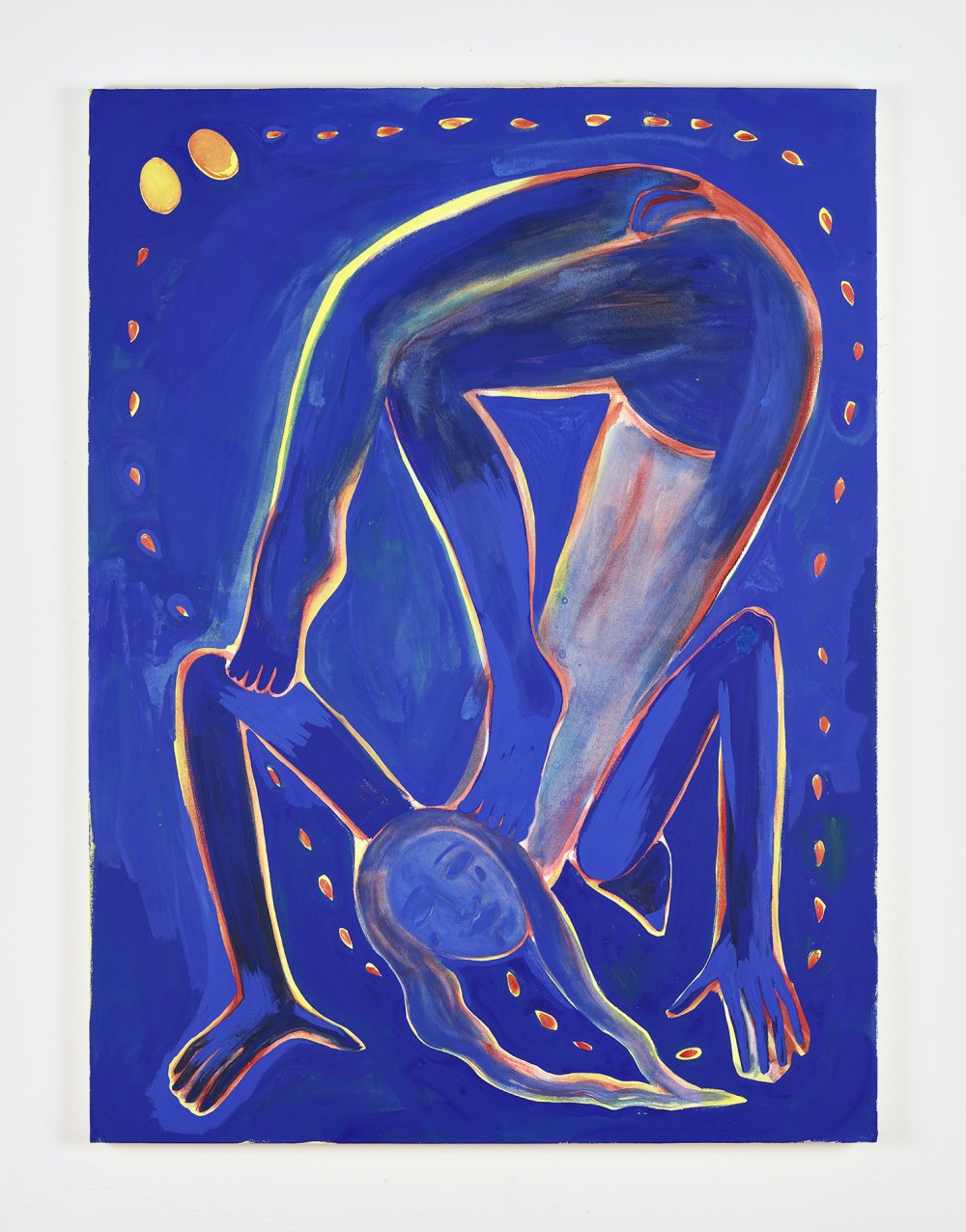 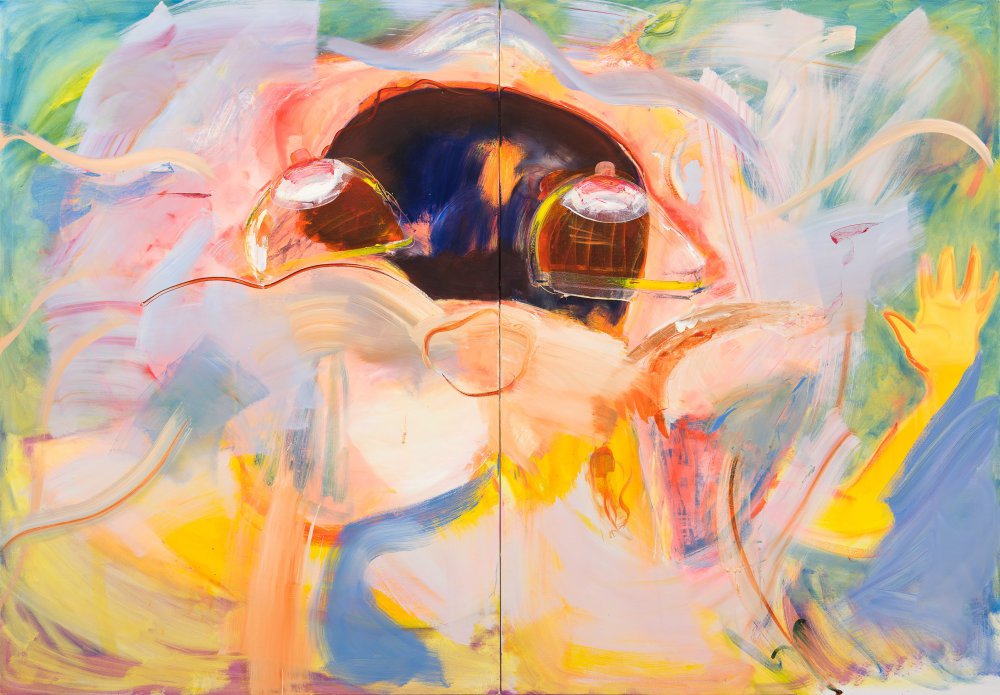 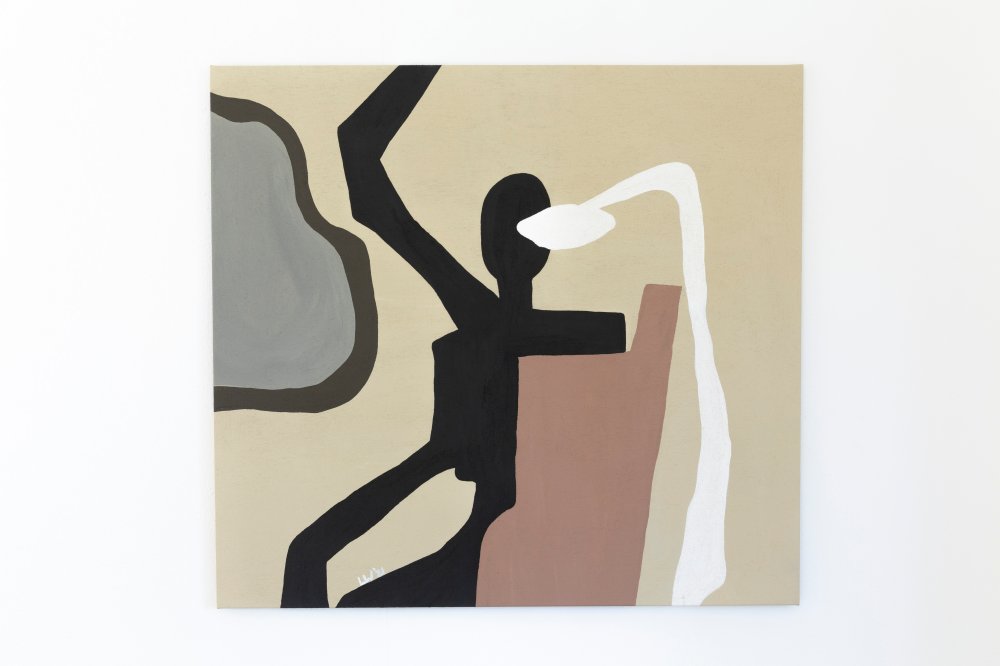 Lulama Wolf
Taken out of Context, 2021 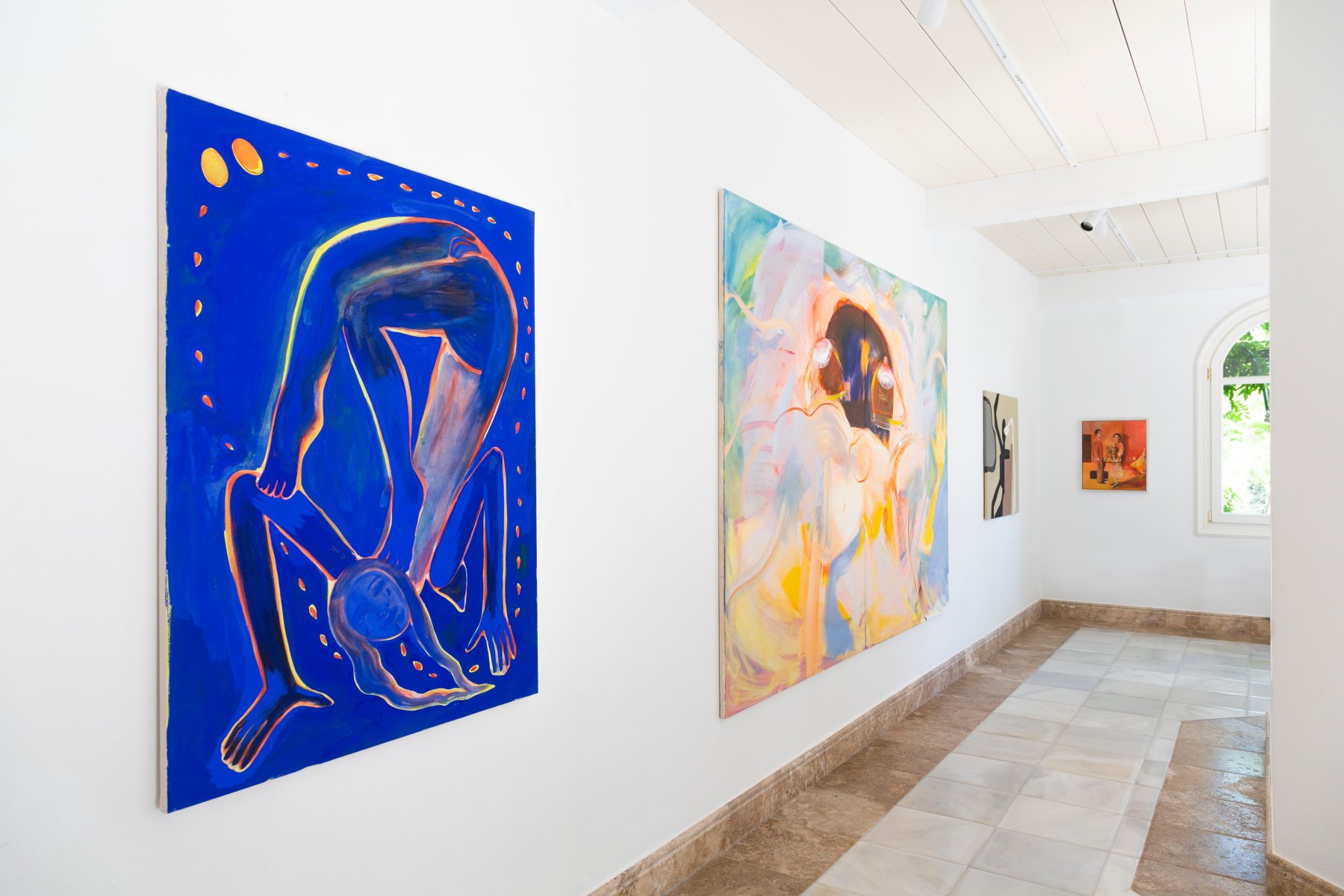 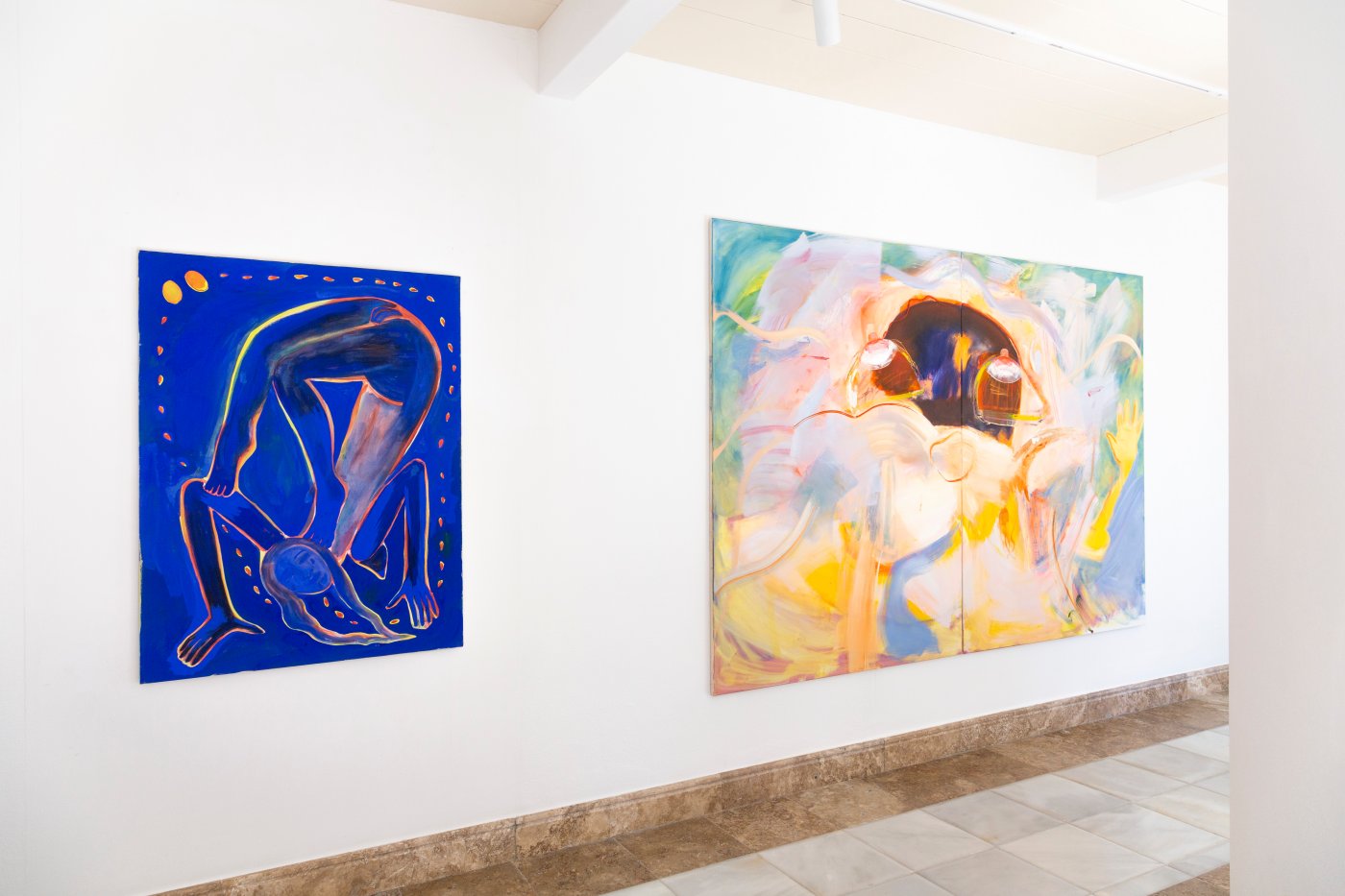 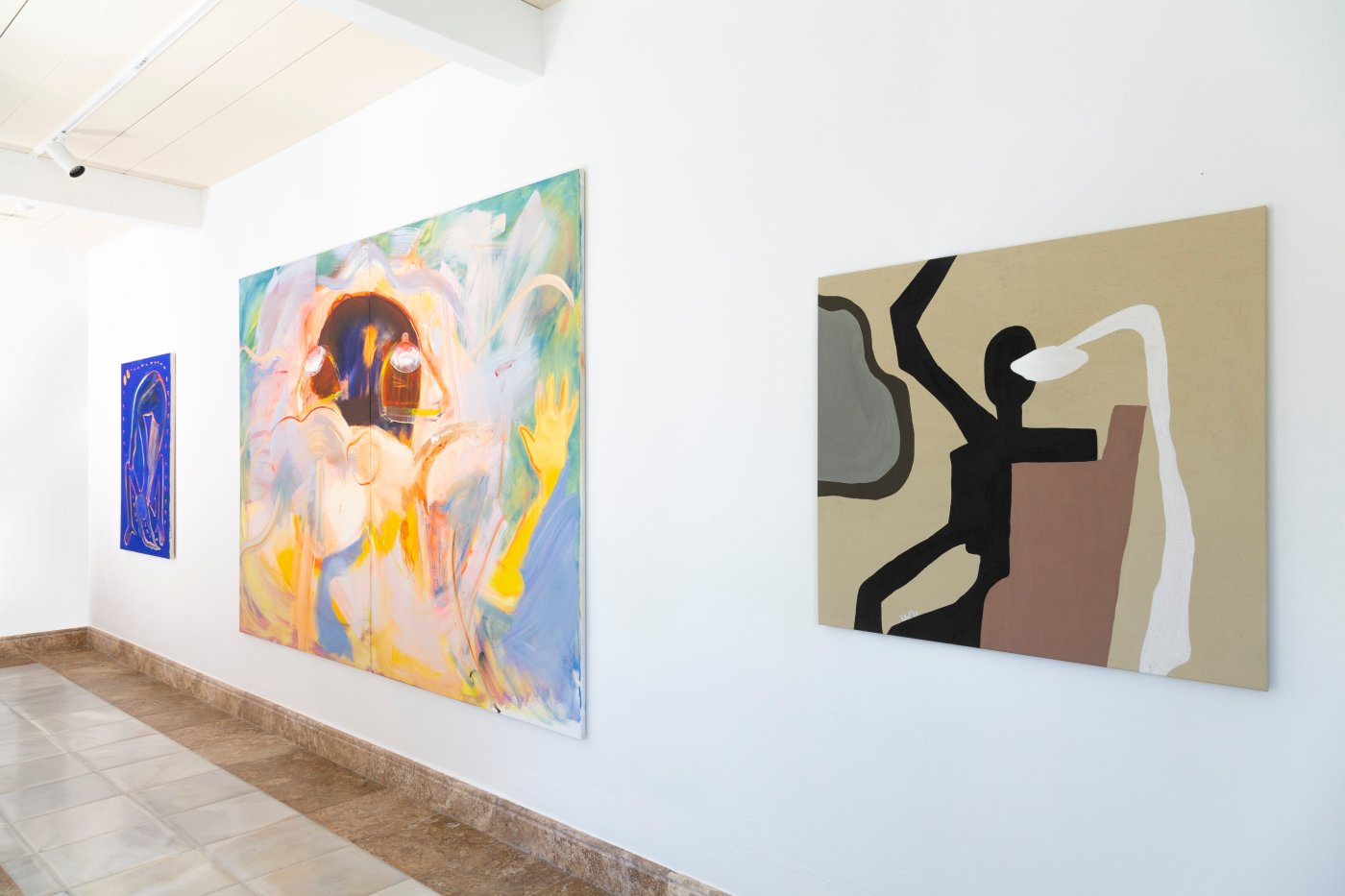 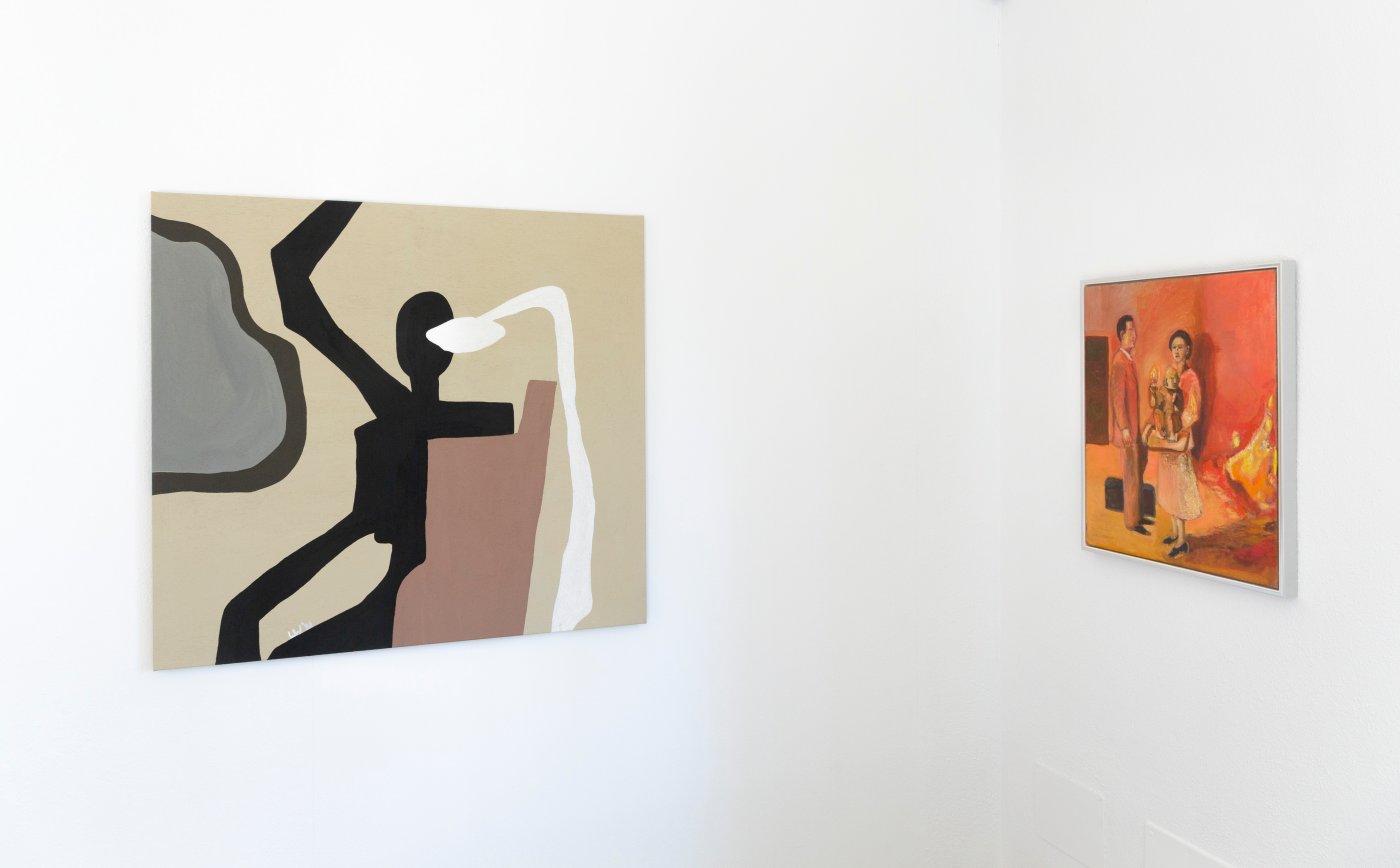 These artists’ works flow deftly between narrative elements and painterly abstraction to encapsulate the dimensional, fluid experience of being a woman. So much of art history has depended on the male gaze. Portraying women through the female gaze shifts the archetype of femininity and deconstructs social expectations of women. Autonomous, ambiguous, and animated—the female figures in these paintings invite the viewer to meet their arresting gaze. These works express women’s infinite shades of colours, and celebrate the elasticity of the female spirit.

Cecilia Granara (b. 1991, Saudi Arabia) has lived in Mexico City, Rome, Chicago, and Paris, where she currently resides. Her multinational upbringing has become her own kaleidoscope of experiences and cultures, with which she observes and interprets the world around her. The unique visions on her colourful canvases are a manifestation of the artist’s subconscious. Her works are born of her mastery of Italian Medieval art, her visions of symbolic iconography, and her dedication to feminist readings and poetry. Weaving together the female psyche, symbolic iconography, and elements of nature, the dream-like paintings by Cecilia Granara inhabit the liminal space between reality and the world beyond. The sensuous figures in her works are often in ecstatic motion-swirling, dancing, and intertwining with elements of the natural world. Vivacious, psychedelic colours pulsate across her canvases, giving life to her figures immersed in nature: digesting flowers, birthing planets, lying beneath the Earth, or soaring into the skies. Drawing from her trove of memories and emotional experiences, Granara creates works that open up a spiritual dreamscape for viewers to enter. This liminal space allows the viewer to sift through emotions, be conscious of bodily sensations, and repose in peaceful meditation. La Roue features a female figure who is gazing directly at the viewer and crying. The movement of the red tears coming out of the acrobat’s eyes float upwards to create a circular cycle that ends with a pair of eggs. The idea behind this work is that emotions occur in our bodies in cycles: with a beginning, a middle, and an end. As long as we confront our emotions and allow them to go through their complete evolution, even tears can be beautiful and regenerative.

Paola Angelini (b. 1983, Italy) was born in San Benedetto del Tronto, where she still lives and works. Rooted in pictorial figuration, Angelini’s practice pays homage to art historical references and traditional painting techniques. Her artistic imagery echoes those of Italian masters, such as Giorgio De Chico, Felice Casorati, and Scipione, who especially inspired her warm palette of red, orange, and brown tones. Angelini’s oeuvre is born of time: she relies on the

Renaissance painting technique that involves using rabbit-skin glue to size her canvases, upon which she weaves ancient myths together with modern motifs. Her practice takes inspiration from historical artworks, found images, and elements of nature around her. While the artist references classic medieval imagery, she also draws inspiration from her inner archive to re-interpret historical narratives. History is not something that is fixated in the past; it is an ever-changing spirit that is open to reinterpretation and reinvention. Angelini’s practice allows different time frames, spaces, and narratives to coexist in harmony upon her canvases. The painterly figures in her works unveil the possibilities of visual language in painting. In Fire of A Sculptural Portrait (2021), a strong female figure arrests the viewer with her gaze. Not only is she unperturbed by the fire blazing behind her, but her shadow and the flames are actually blooming as one. The child in her arms holds up a single flame, symbolising the strength of the feminine energy that is passed onto her offspring.

Aileen Murphy (b. 1984, Ireland) is based in Berlin. With previous training in dance and ballet, Murphy has natural mastery over her large canvases. Gestural swaths of vibrant, pastel colours reveal how the artist’s hand dances across the canvas. While her painterly strokes suggest abstraction, fictive figures are the focus of Murphy’s paintings. Her figures playfully oscillate between the layers of her paintings, at once revealing and concealing themselves to the viewer. The female figures in Murphy’s oeuvre arrest the viewer with their enticing spirit and jewel-like colours that emanate outward. The viewer is invited to step into the celestial world that Murphy has created with her colour harmonies and scintillating layers. In O! O! (2020), the viewer takes on the perspective of the protagonist, gazing down on her own fluttering body. Dancing between abstraction and figuration, Murphy’s work ultimately invites the viewer’s gaze to finish the narrative.

Lulama Wolf (b.1993 South Africa) is a Johannesburg-based artist whose paintings are rooted in spirituality, science, and history. Blending anthropomorphic elements with vernacular architecture, Wolf’s practice interrogates the pre-colonial African experience from a contemporary South African perspective. Painting with mud, sand, and other natural pigments, the artist celebrates a traditional technique used by women to decorate and mold their homes in South Africa. The resulting style is at once organic and abstracted, minimal yet expressive. The motif of the eye often appears in Wolf’s oeuvre, as the artist believes that our eyes lie at the core of intuition. The figures on her canvas are deconstructed so that viewers may interpret the figure’s abstracted gaze in relation to their own emotions and experiences. Taken out of context, present in the show is part of Formless Femininity, a body of work dedicated to celebrating the balance between the delicacy and the power of the feminine energy. It speaks to both the beauties and the challenges of being a woman. In this piece, Wolf has completely deconstructed the female form and plays on what the eye can identify with to highlight the elasticity of the female spirit.

Courtesy of the artists and Badr El Jundi, Marbella