Faye Wei Wei
Little prince of endless deep love, I think of you, hold your music in my eyes (a dove´s feather fallen in the sugar), 2020 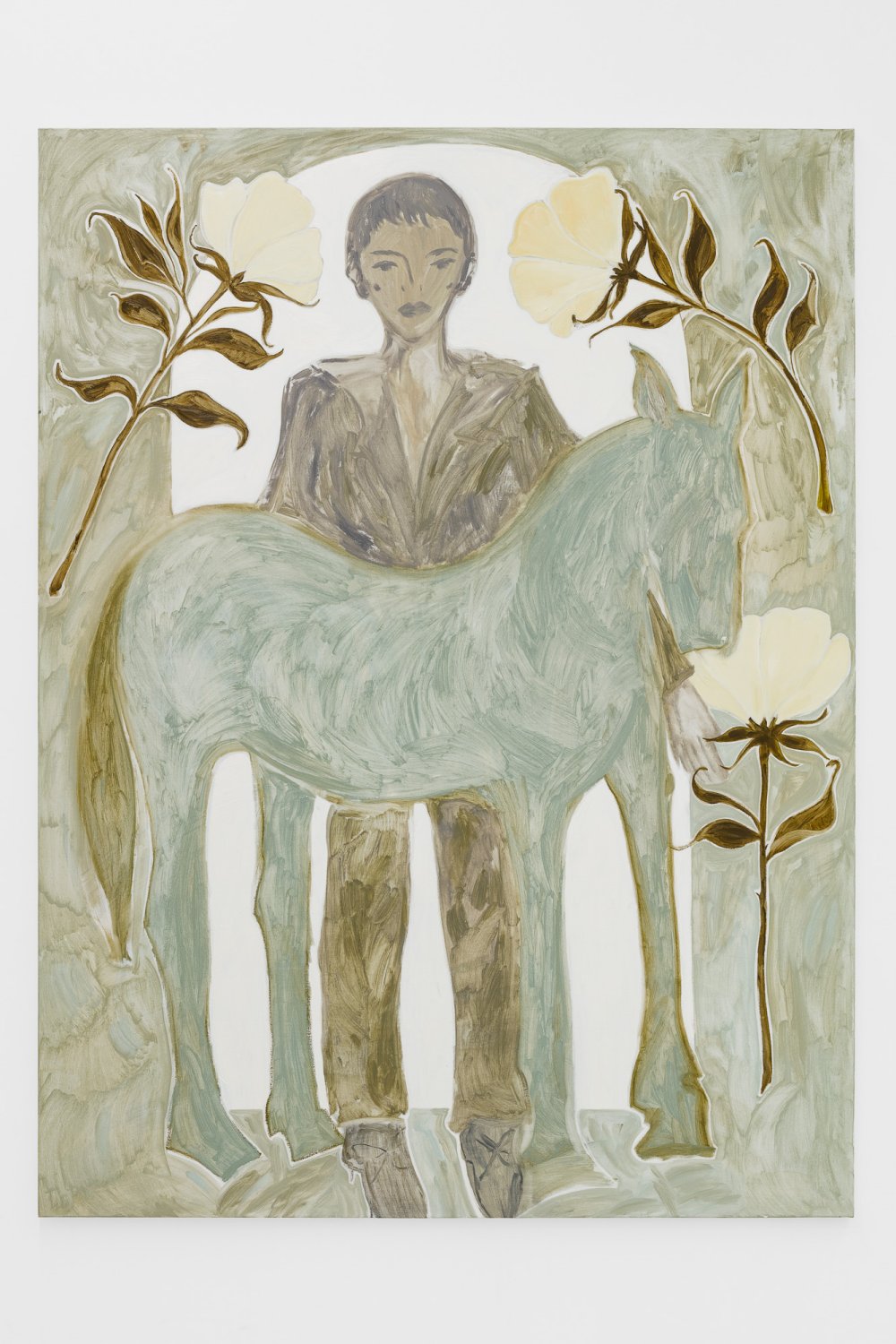 Faye Wei Wei
The ocean is a flower, with waves pinched by the moon, the ocean is a cloth, wrinkling the same spot same time every tide time, 2020 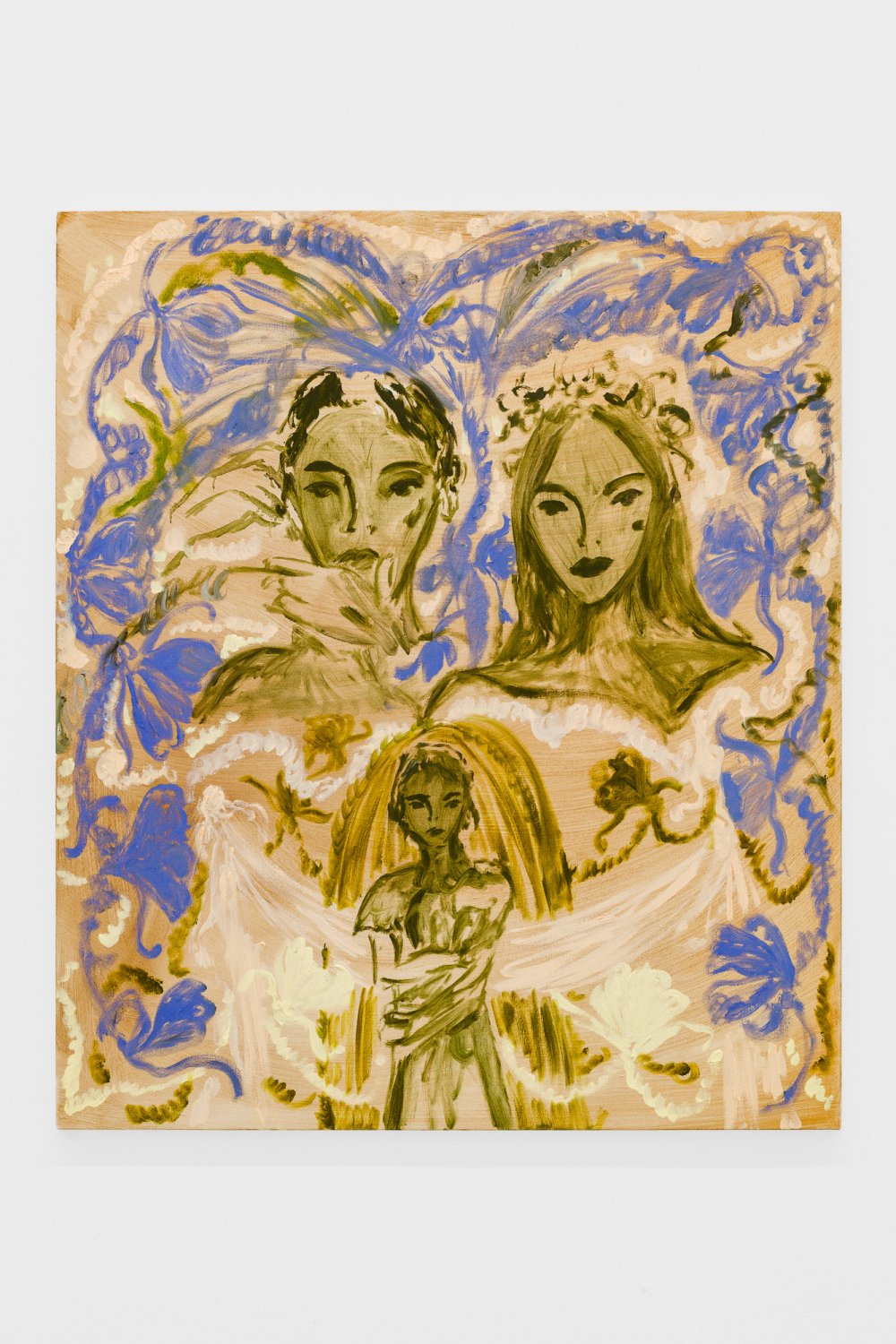 Faye Wei Wei
Hyacinth Garden (The scent was very sweet and strong.I never went near it.), 2020 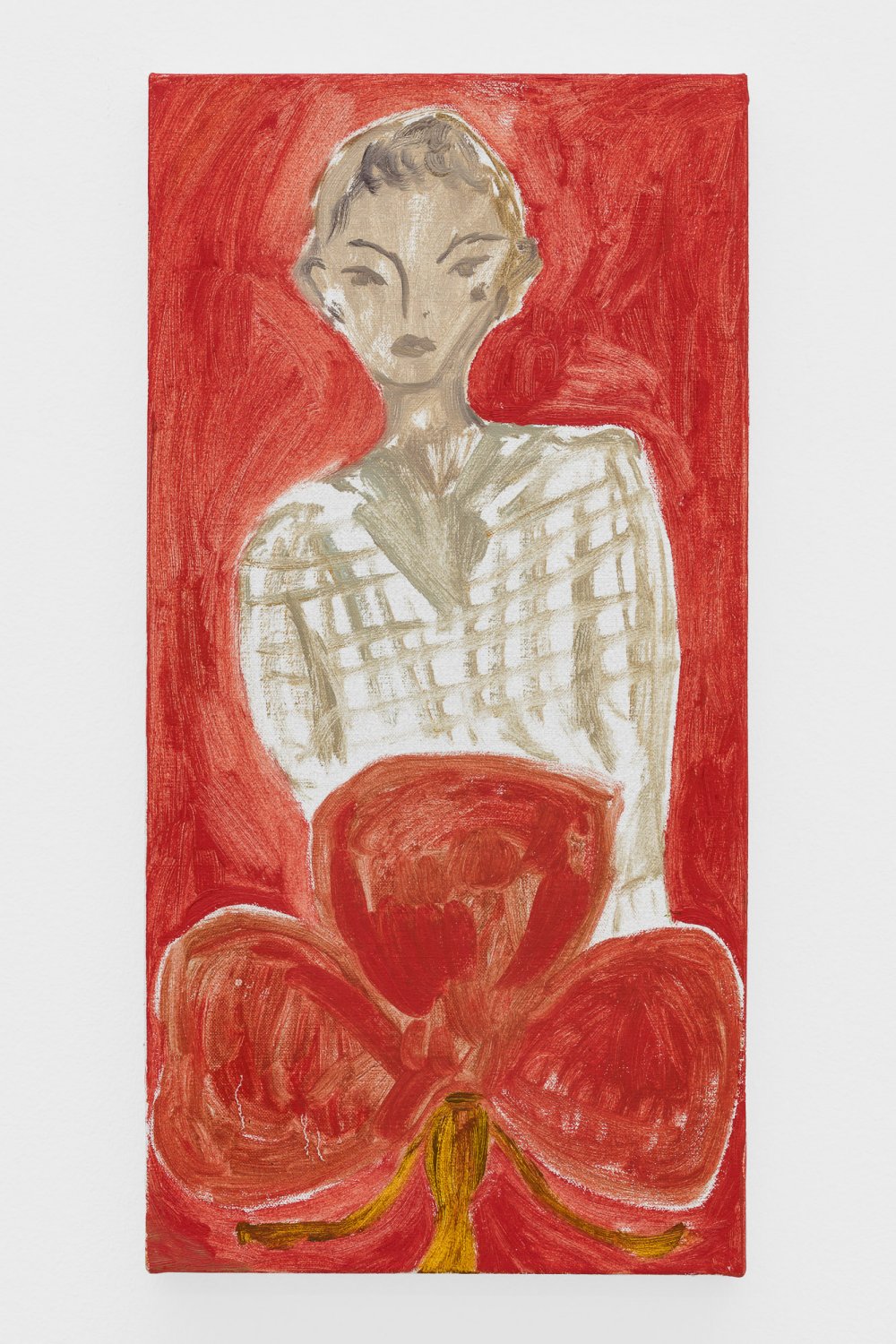 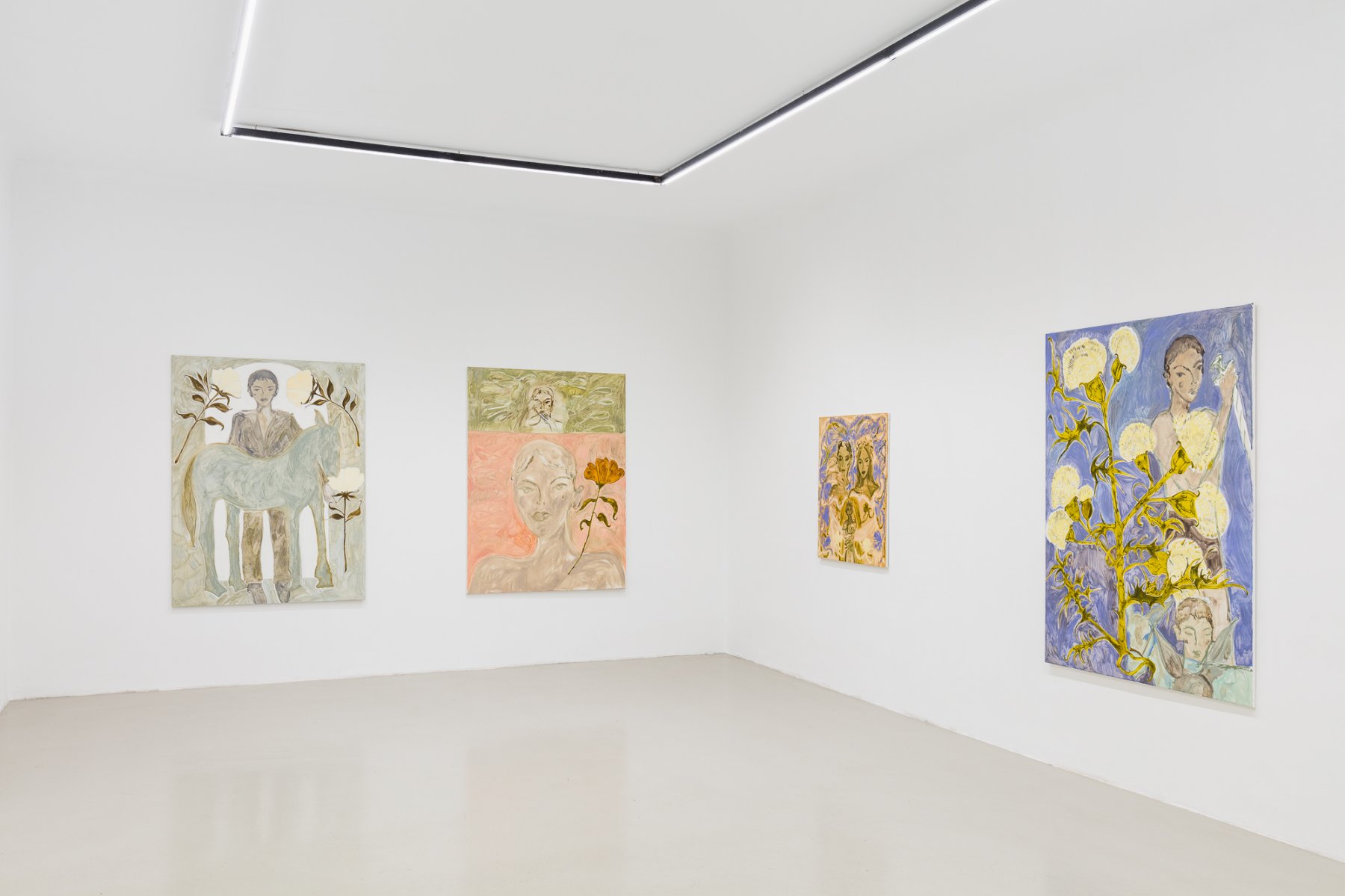 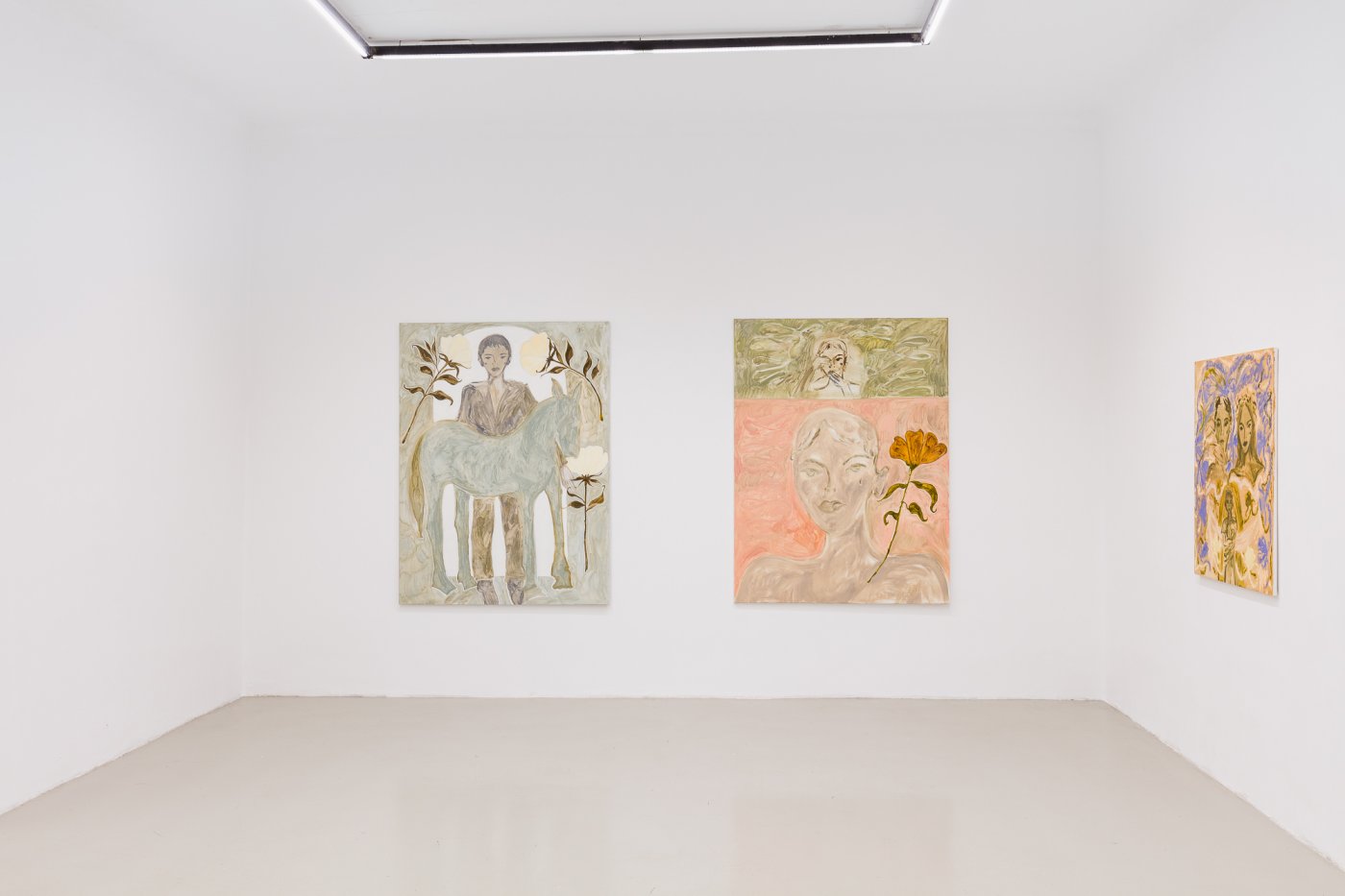 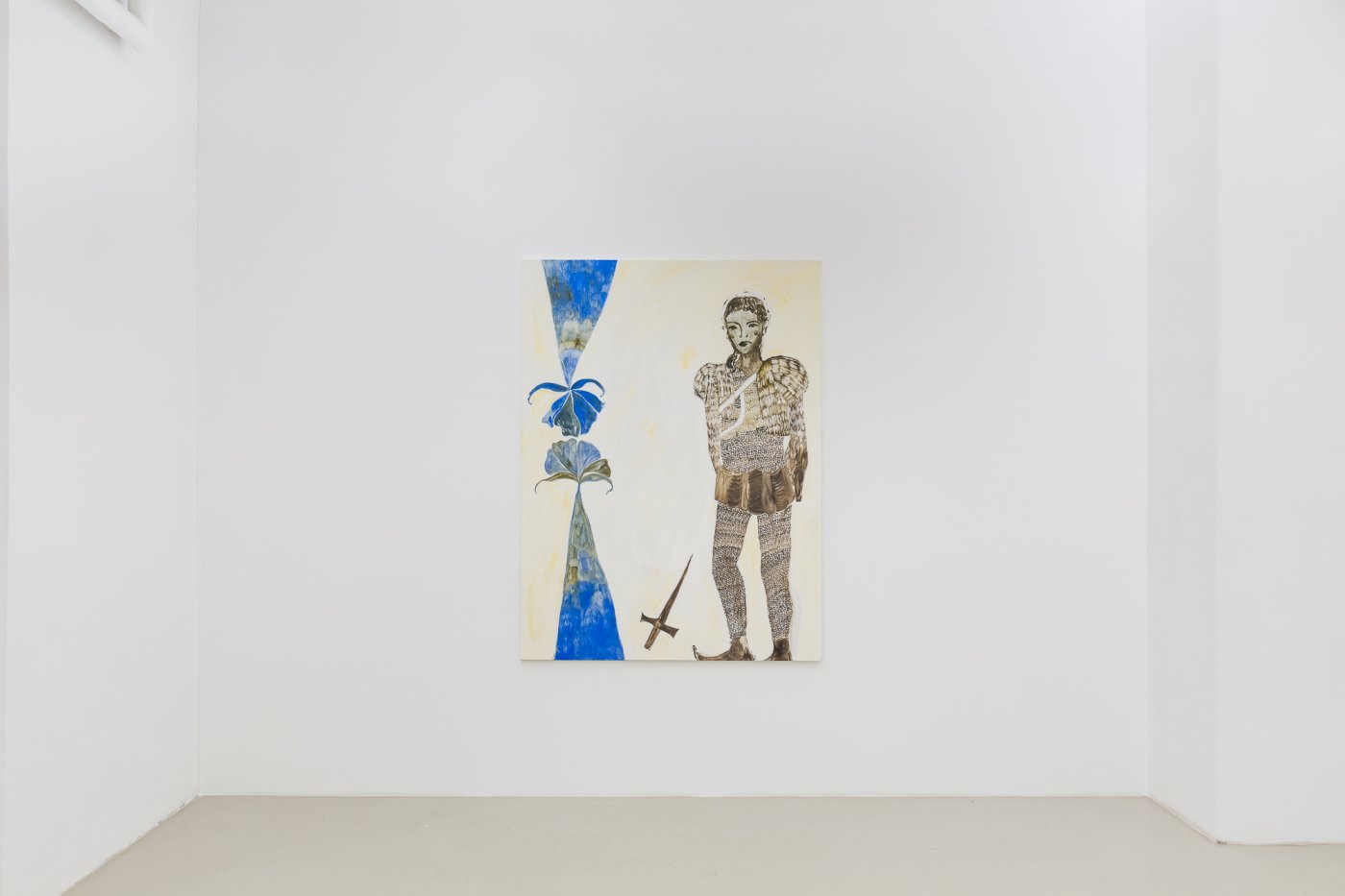 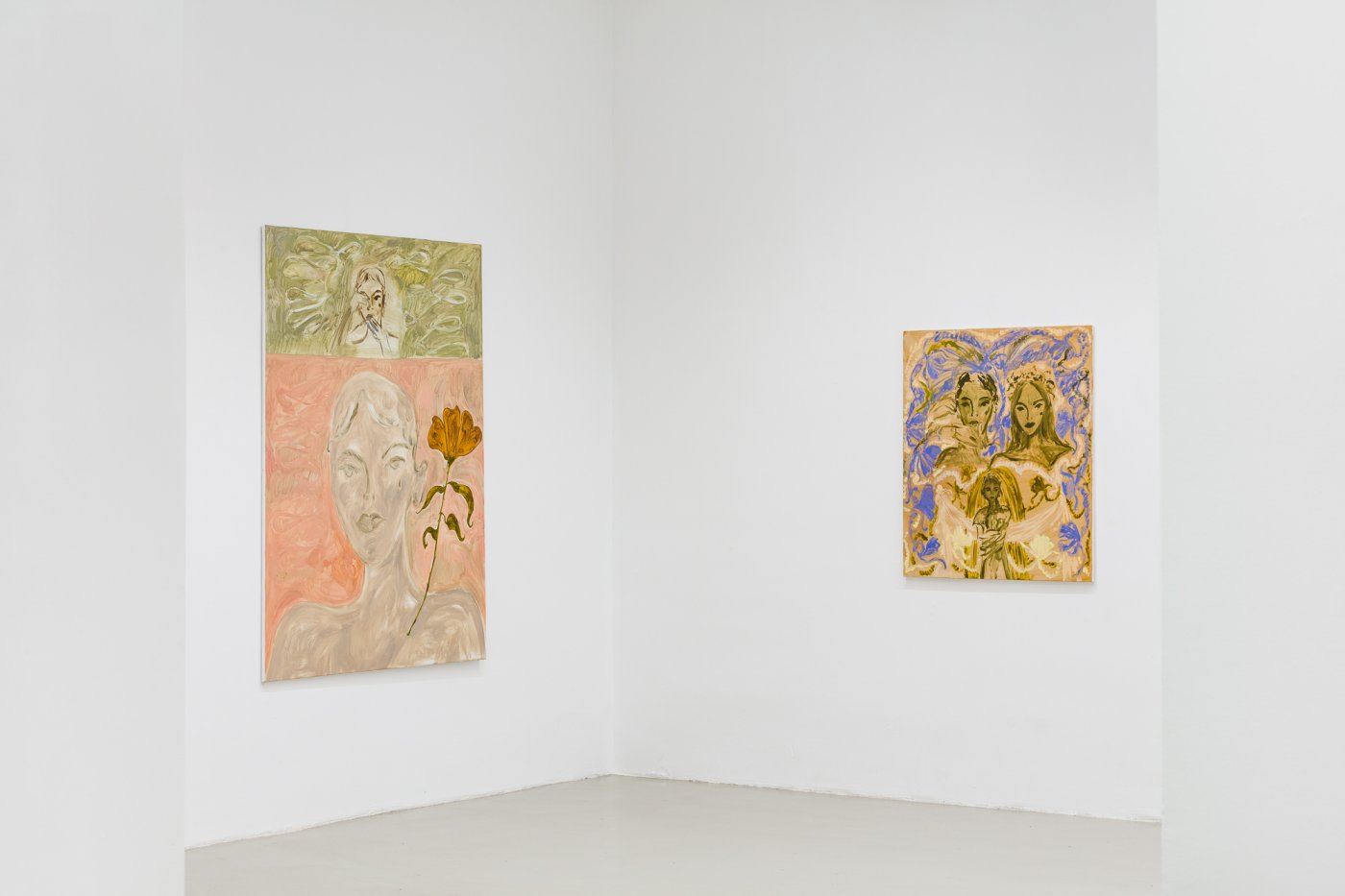 Faye Wei Wei’s exhibition Moon at Galerie Kandlhofer explores a nocturnal world of mythical and romantic figures composed with the artist’s distinctively fluid approach to iconography and classical myth, love rituals and the theatricality of gender and relationships. Within her practice, the works sometimes suggest the themes of particular mythic narratives, and at other moments seem to depart into a more ambiguous, interior space of incongruity and uncertainty. With a palette of earthy greens, reds, pale pinks and blues, Wei Wei’s quixotic paintings are inhabited by magical, folkloric images of knights, horses, florals and dreamy heart-faced figures allowing the viewer to feel like you’re getting lost in the artist’s imagination.

Moon as a whole draws inspiration from a particular segment of T.S Eliot’s poem The Waste Land (I. The Burial of theDead, Stanza Two, Lines 17-24):

“You gave me hyacinths first a year ago;
They called me the hyacinth girl.’ -Yet when we came back, late, from the Hyacinth garden,
Your arms full, and your hair wet, I could not
Speak, and my eyes failed, I was neither
Living nor dead, and I knew nothing,
Looking into the heart of light, the silence.
Od’ und leer das Meer.”

As a whole, the body of work deals with the tone of emotion Wei Wei garnered from the poem, that of the melancholy of wet dewy gardens and a sense of the in between, be it dusk, the present and the past or the physical and the spiritual. One of the works in the exhibition, ‘Two Lover’s in the Hyacinth Garden’ explicitly engages with Eliot’s poem depicting a male and a female figure surrounded by a mélange of florals and ribbons that merge into themselves and the figures, oscillating between figuration and abstraction. As with many other works in the exhibition, the composition of the figures within their surrounding creates a perception of a theatrical set, an aspect which emphasises the manner in which Wei Wei heightens emotion within the works, presenting the sentiments in a pure, distilled form yet suspending before melodrama.