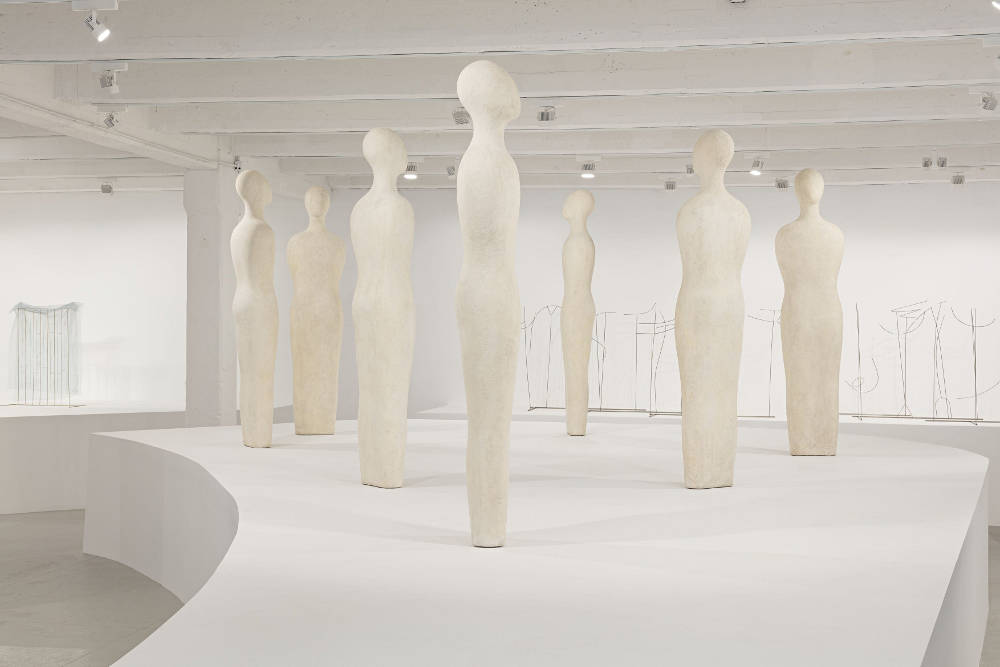 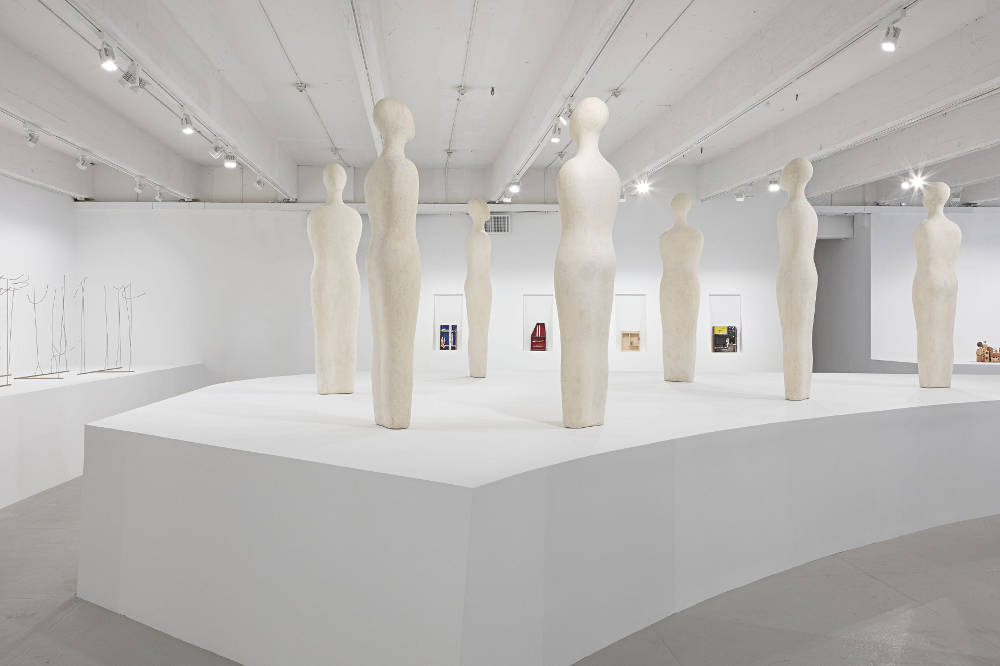 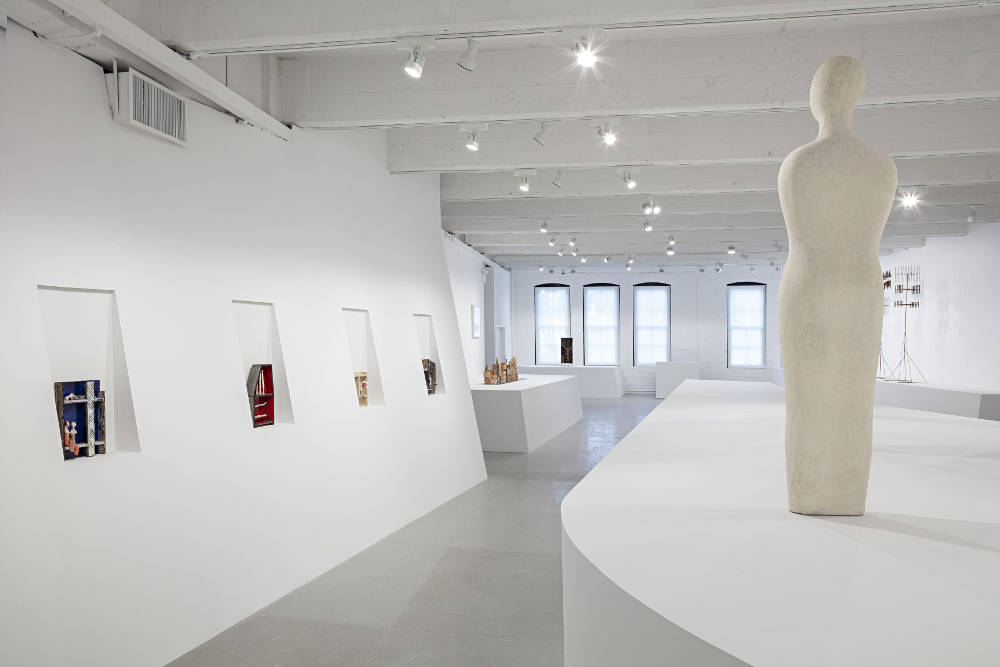 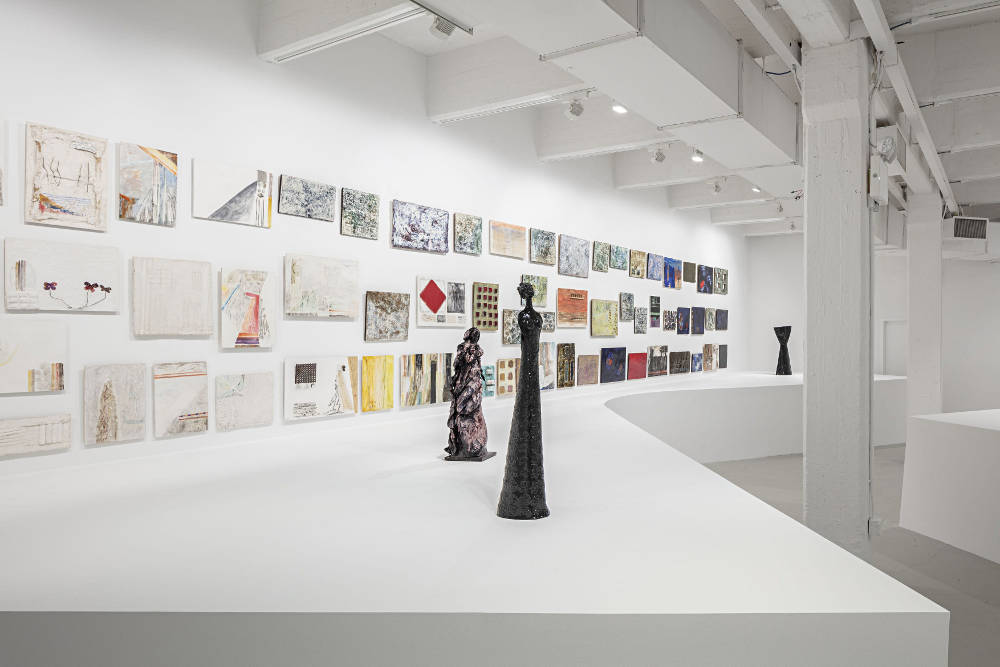 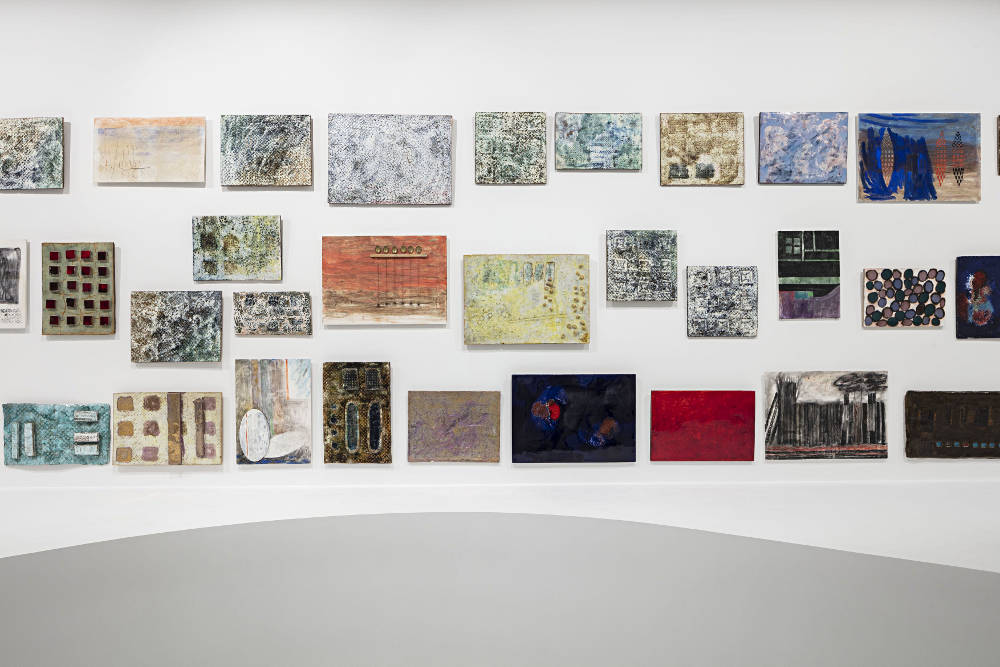 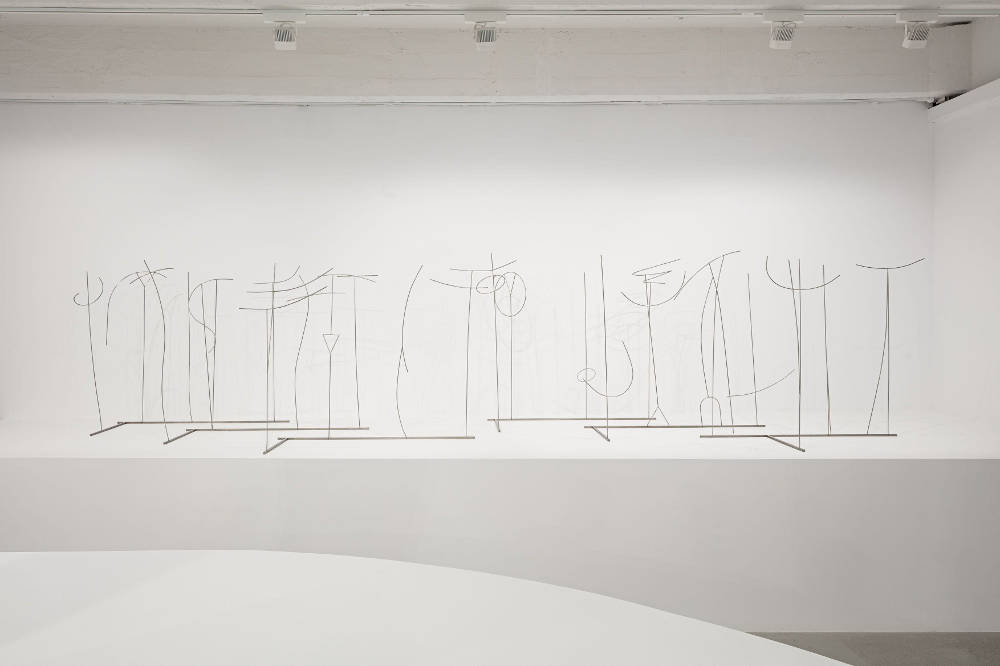 ‘The Deserted City’ is curated by Edoardo Gnemmi, Director Fondazione Fausto Melotti, and sheds new light on Melotti’s marriage of sculptural mastery and poetic sensibility through a unique exhibition design that draws inspiration from the metaphysical landscapes of Giorgio de Chirico’s paintings and Alberto Burri’s magnum opus, ‘Grande Cretto.’ Creating an environment that hovers between the earthly and the otherworldly, ‘The Deserted City’ situates Melotti’s work within the context of his fellow Italian artistic titans and highlights their shared belief that art can facilitate a return to life.

Throughout the gallery, large plinths carve paths that recall the ‘cretto’ (crack) of Alberto Burri’s sprawling ‘Grande Cretto,’ an immense concrete landscape conceptualized by Burri in 1981 as a memorial to the Sicilian city of Gibellina, which was decimated by an earthquake in the late 1960s. As viewers move through the winding pathways, the exhibition takes the form of an enigmatic theatrical space, enhancing the narrative powers of Melotti’s sculptures and igniting the viewer’s imagination. At the core of the installation is Melotti’s ‘I Sette Savi (The Seven Sages)’ (1960), which consists of seven towering mannequins in pure white plaster, frozen in a silent philosophical exchange. This sense of temporal suspension is reminiscent of the spectral figures and dreamscapes from paintings by de Chirico, who sought to ‘paint a reality that transcended the sensitive.’ Transfiguring the routine and the known into enigma, de Chirico’s work purposefully distorts otherwise familiar landscapes into dreamlike settings that the Italian writer, and close friend of Melotti, Italo Calvino described as ‘a city of the mind.’

The landscape of ‘The Deserted City’ unfolds around these Seven Sages, and Melotti’s most iconic works from the 1940s through the mid-1980s – including his ceramics, fantastical Teatrini (Little Theaters), and lithe brass sculptures – are installed atop the large-scale plinths, evoking the experiential dynamism of a city stripped down to its abstracted essence. His 1955 drawing ‘La città deserta (The deserted city),’ from which the exhibition takes its title, is a rare self-portrait of Melotti and depicts the artist as a lone figure traversing a desolate, burnt- out landscape, while ‘Il Canal Grande (The Grand Canal)’ (1963) recalls the distinctive architecture of Venice in painted terracotta and brass. Melotti’s ‘Le torri della città invisibile (The Towers of the invisible City)’ (1976 (1980)) is a monumental construction, delicately wrought in brass, and was central to Italo Calvino’s description of his own ‘thin city’; Calvino believed Melotti’s sculptures were the epitome of what utopian metropolises should be – ‘cities on stilts, spider web cities.’ The sculpture is emblematic of many of Melotti’s later works from the 1970s and 1980s, which are characterized by similarly rhythmic geometric forms that express a resolved and distinctly humanist sensibility.

‘The Deserted City’ also includes more than forty of Melotti’s ceramics, which he created in response to the pain, trauma, and despair that crowded his thoughts in the aftermath of the Second World War. Aerial bombings destroyed the artist’s studio in Milan and profoundly altered his artistic vision, precipitating a literal and symbolic rupture in his idealized pursuit of abstraction. As a result, his attention shifted to the craft and production of ceramics and terracotta. Rendered in polychromatic glazes, these works illustrate the artist’s urgent and necessary return to figuration.

Working on an intimate scale, Melotti also used clay and terracotta to create his diorama-style Teatrini, an important series of metaphysical worlds enclosed within rectangular structures and filled with fantastical groupings of objects and figures. Framing a single moment or multiple mise-en-scènes, Melotti’s Teatrini offer lively spontaneous narratives, from small poetic gestures to absurdist allegorical possibilities. An early example from this body of work, ‘Teatrino (Little Theater)’ (ca. 1950) demonstrates his geometric schematization of the figure. Anchoring his post-war practice throughout the 1940s and 1950s, other Teatrini, like ‘Meditazione domestica (Domestic Meditation)’ (1959), express mystical, poetic tableaux that bring to mind the Surrealist-inspired boxed assemblages of American artist Joseph Cornell.

A true polymath, Melotti was a passionate student of literature, philosophy, mathematics, and music. As viewers move in and around the sprawling installation of ‘The Deserted City,’ these varied intellectual pursuits manifest through narrative threads that converge and evolve, suggesting a complex landscape informed by the principles of harmony, order, geometry, and musical structure that Melotti cherished and cultivated over the course of his six-decade career.

About the Artist
Considered a pioneer of Italian art, Fausto Melotti is acknowledged for his unique contribution to the development of mid-century European Modernism. Coming of age in prewar Milan, and living through the horrors of the Second World War, Melotti trained as a figurative artist and studied under Italy’s leading Symbolist sculptor Adolfo Wildt at the Accademia di Brera in Milan. There he befriended fellow pupil Lucio Fontana in 1928, and in the following decade shifted his focus to abstraction and a new non-objective art. Melotti developed influential friendships with the Rationalist architects of Gruppo 7 and the abstract artists who gravitated around Galleria Il Milione. With Fontana, he joined the ‘Abstraction-Création’ movement, developing firm ideas about non-figurative art.

Influenced by his education in engineering and music, Melotti’s fist abstract sculptures were geometrical and echoed the young artist’s academic training in order, rhythm, proportions, and form. His later work of the 1970s and 1980s is characterized by rhythmic geometric forms with an underlying humanist narrative that curator Douglas Fogle describes as ‘quivering just on the threshold between the solidity of figuration and the immateriality of abstraction.’