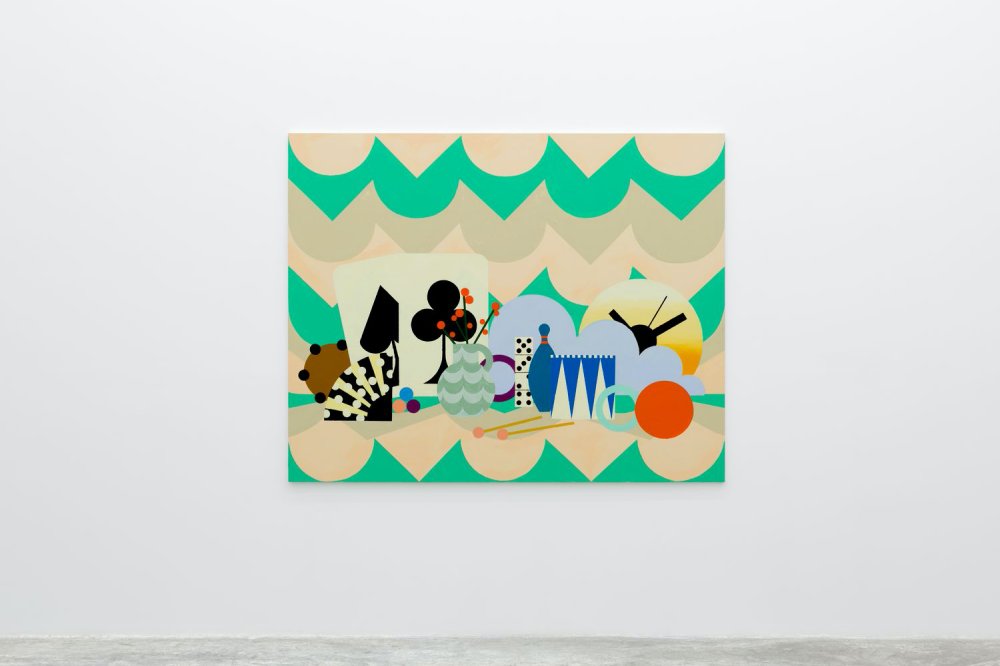 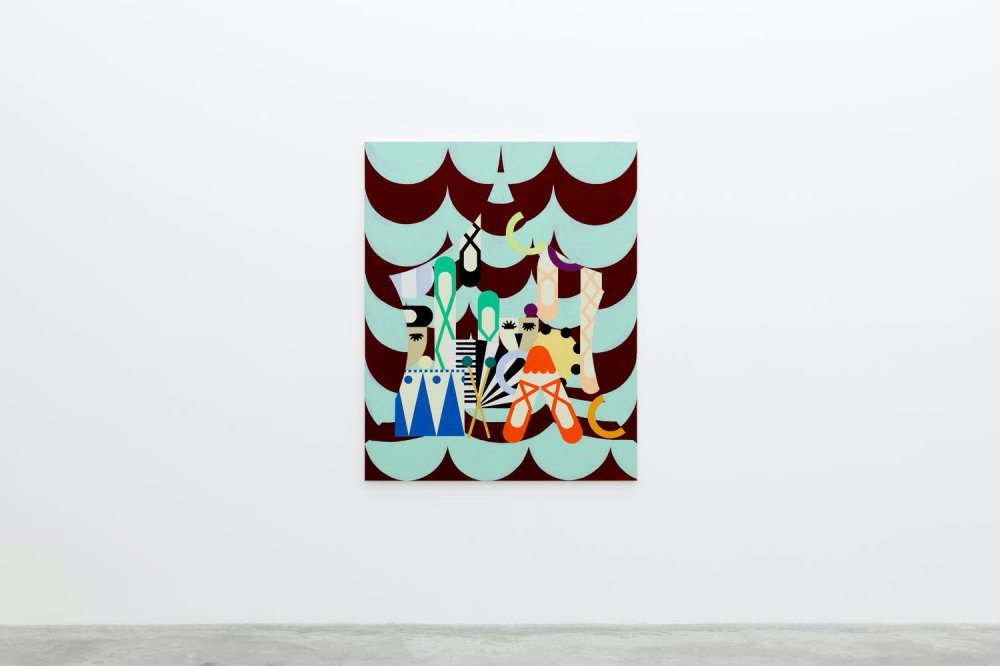 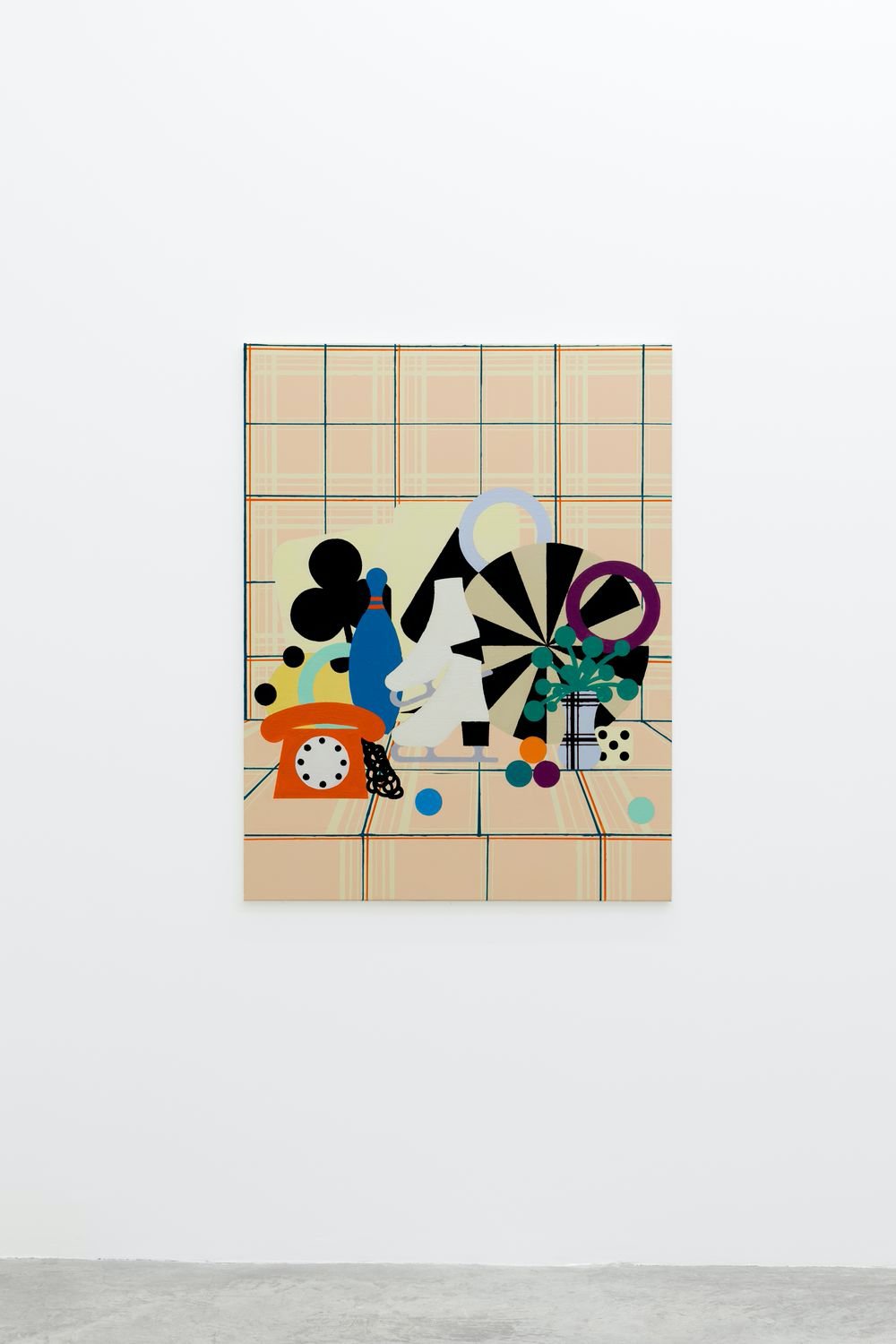 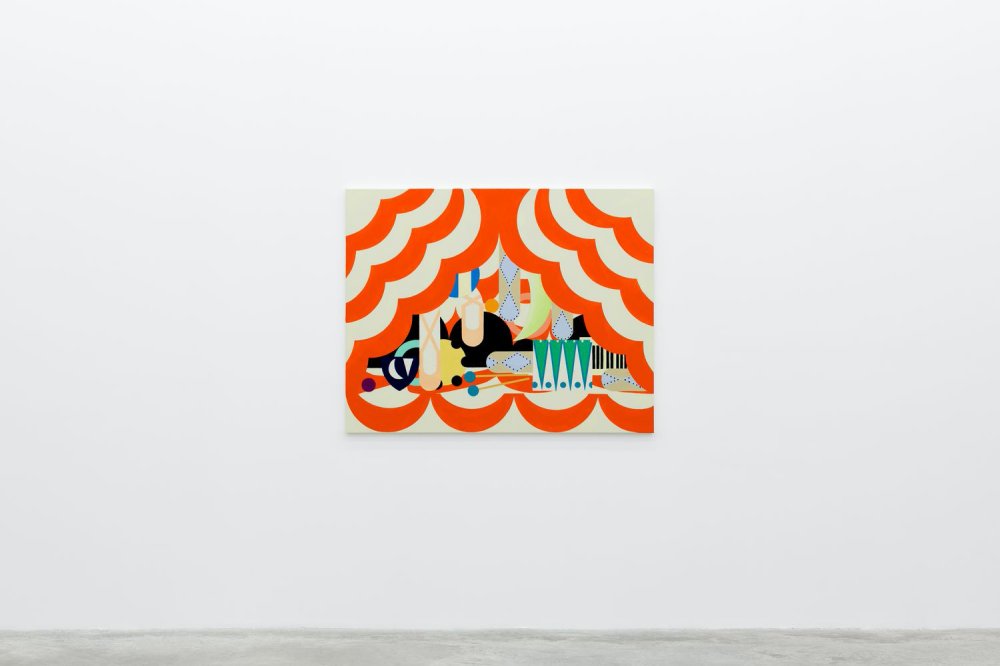 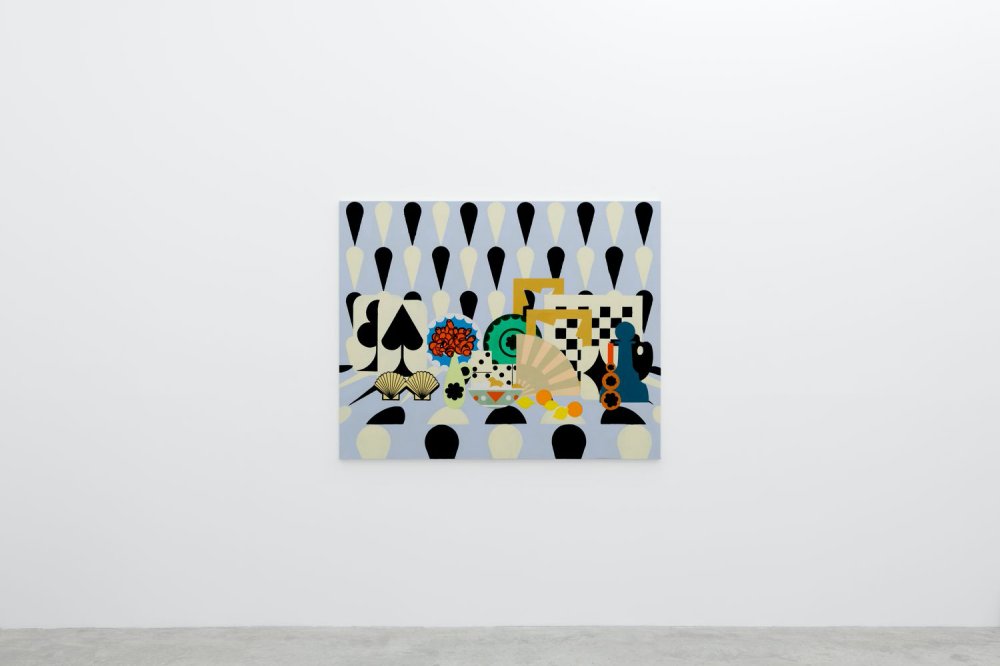 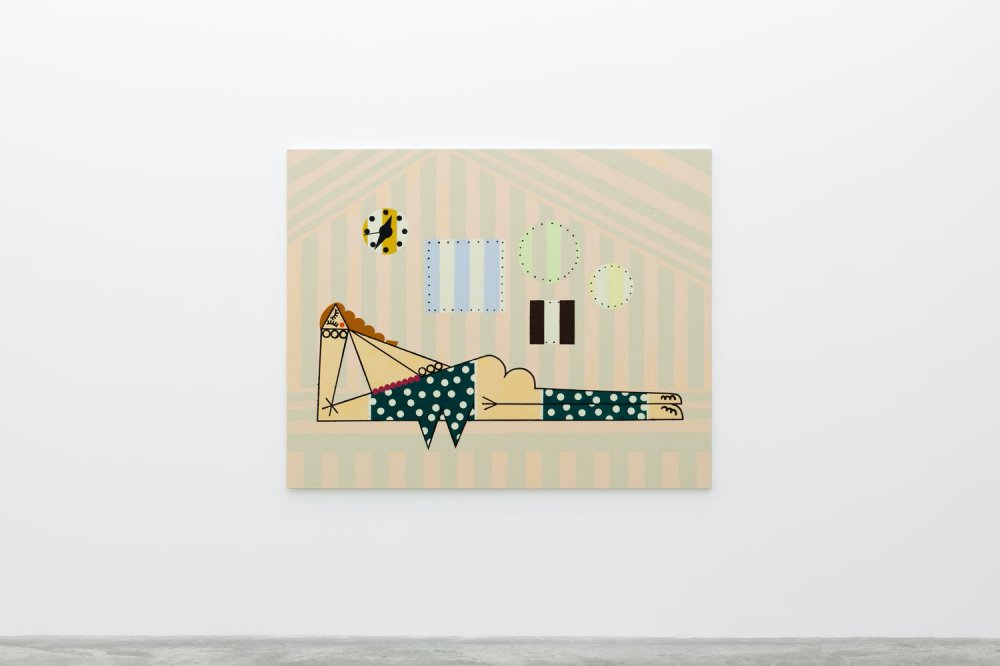 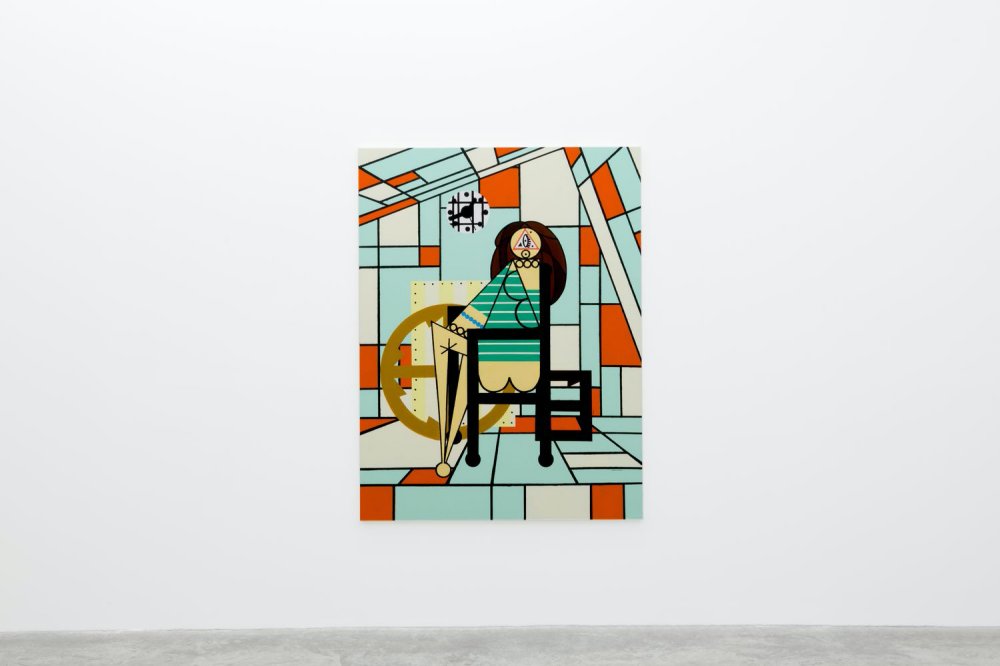 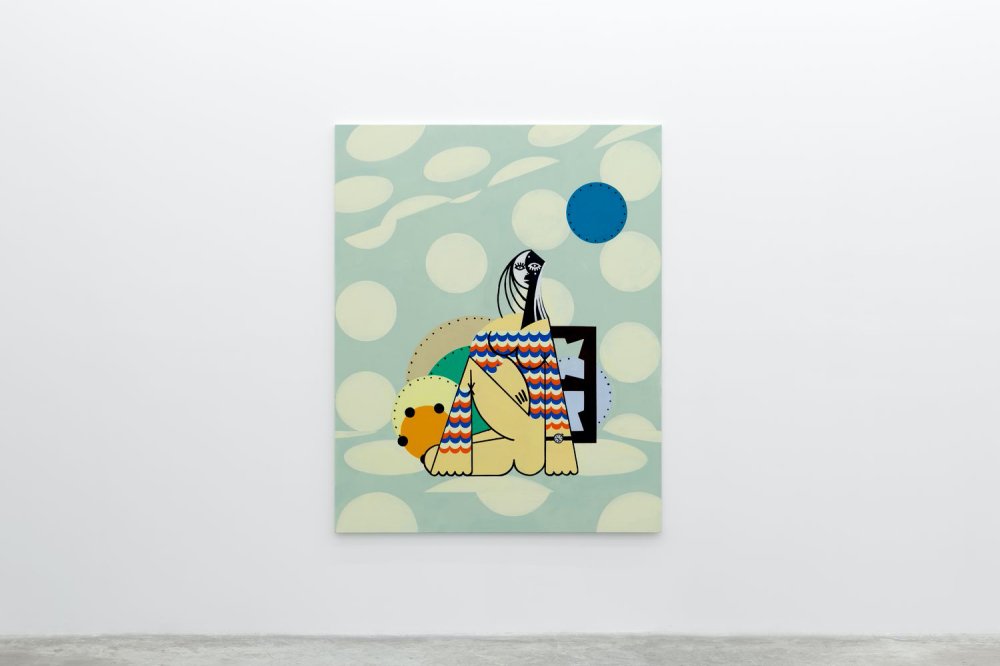 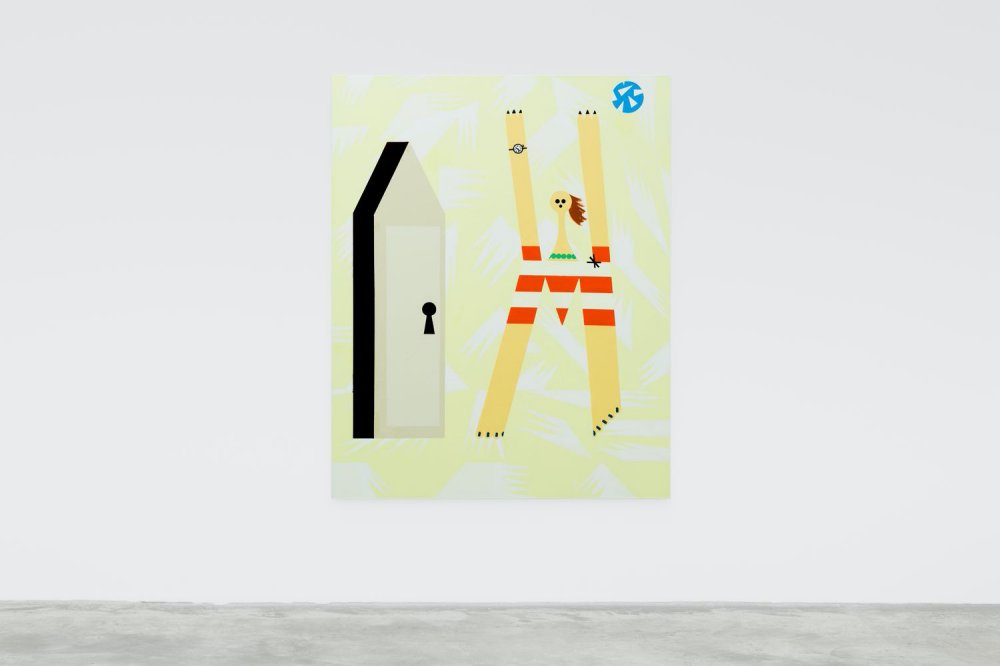 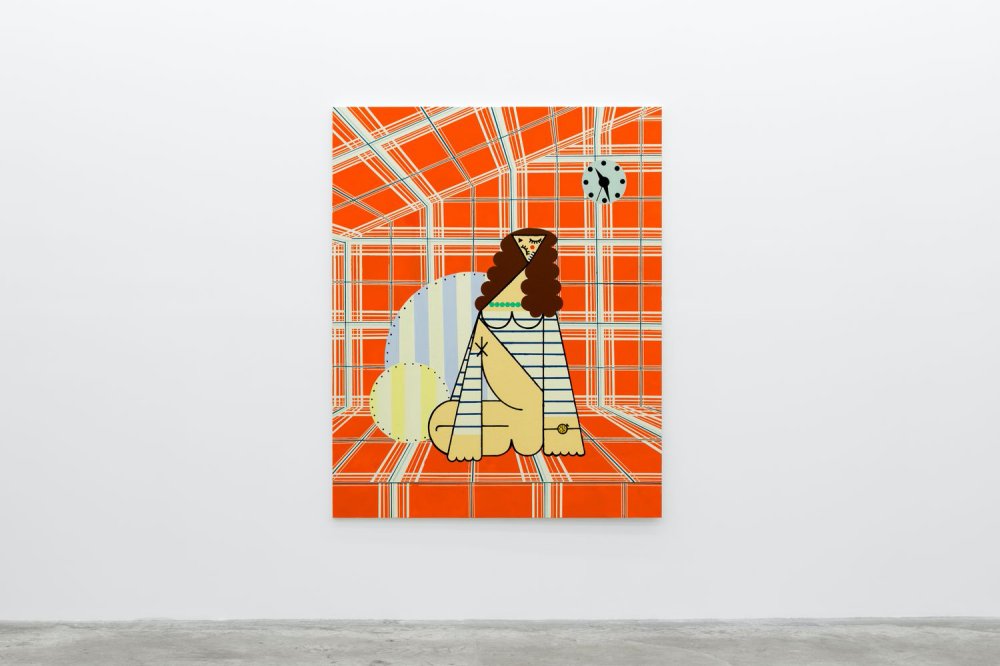 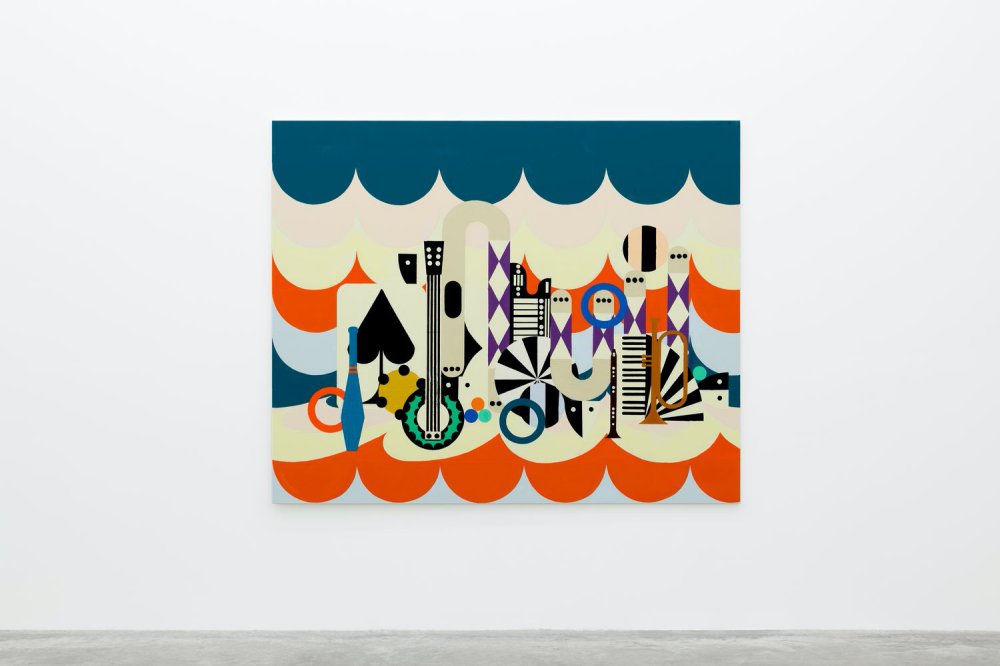 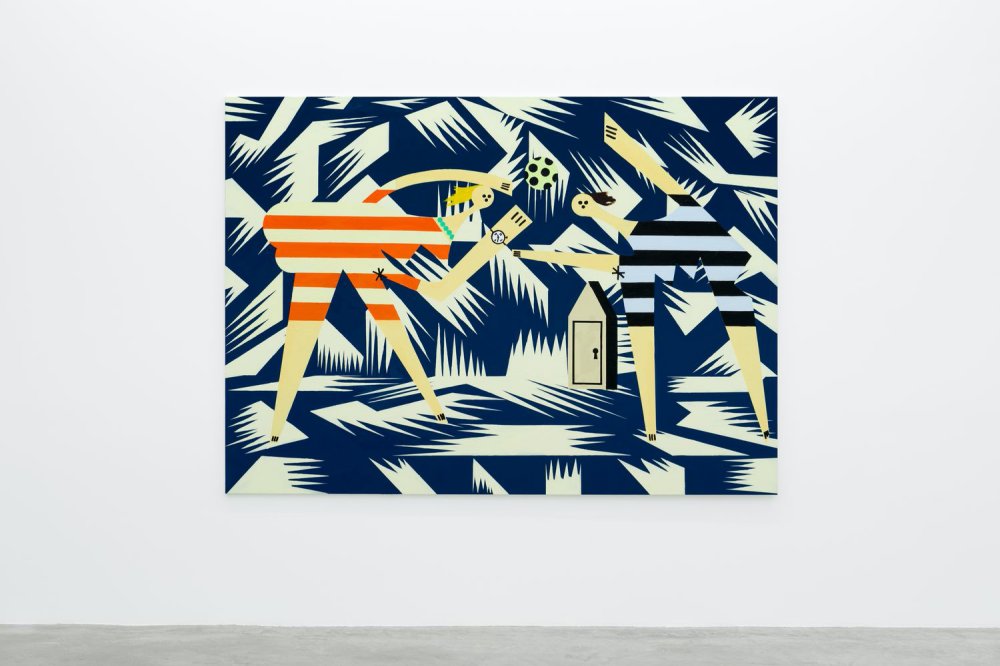 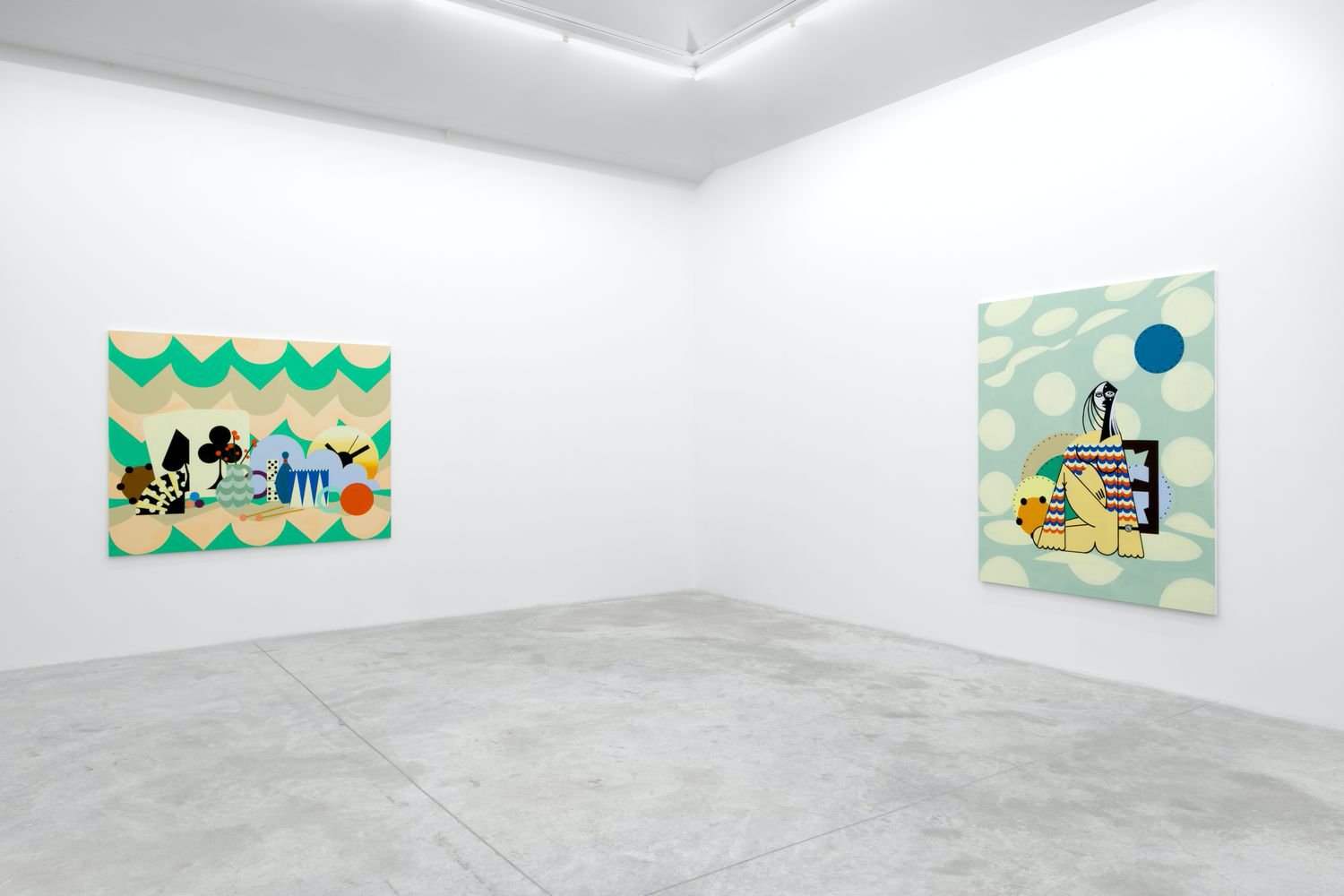 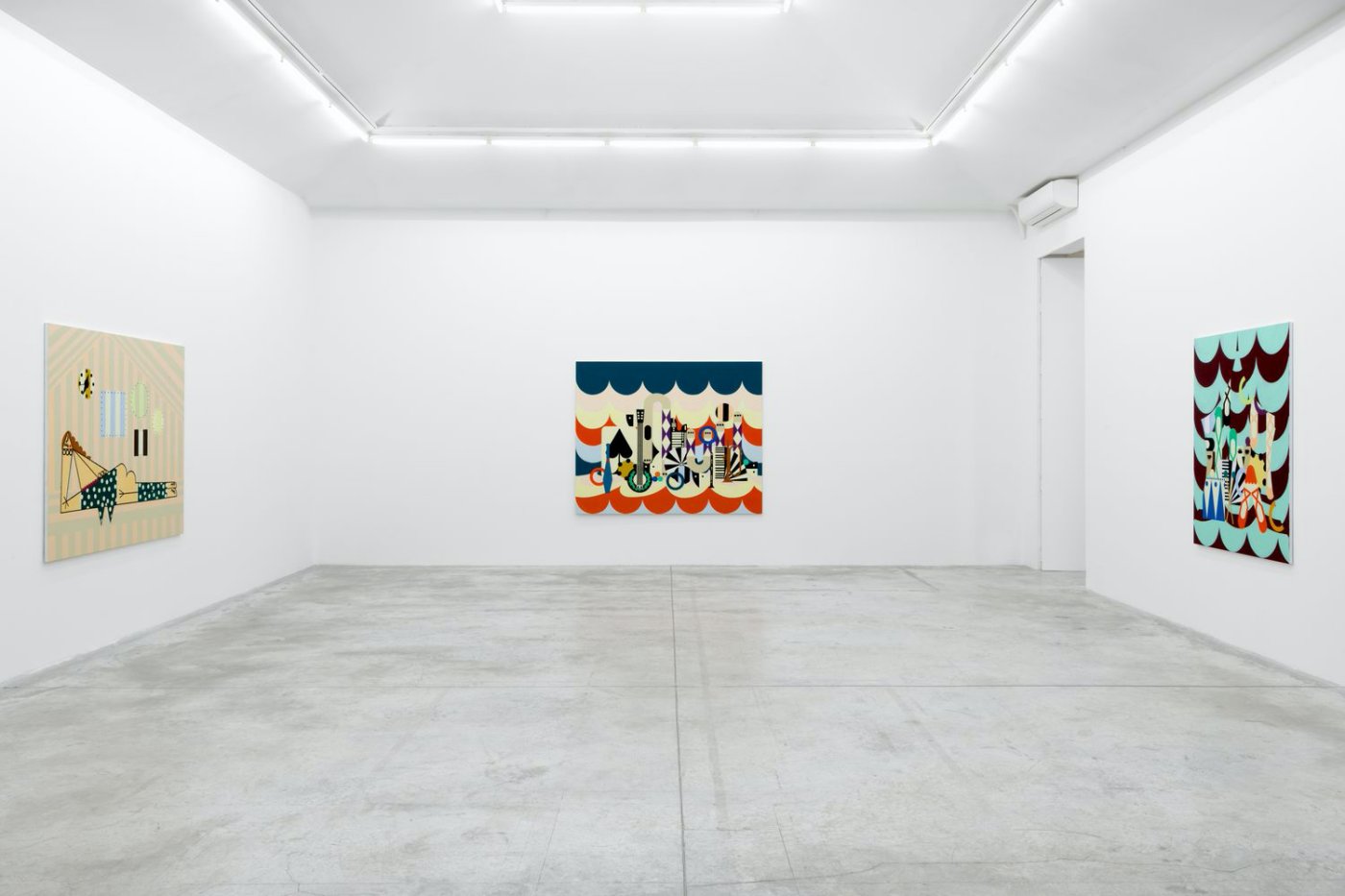 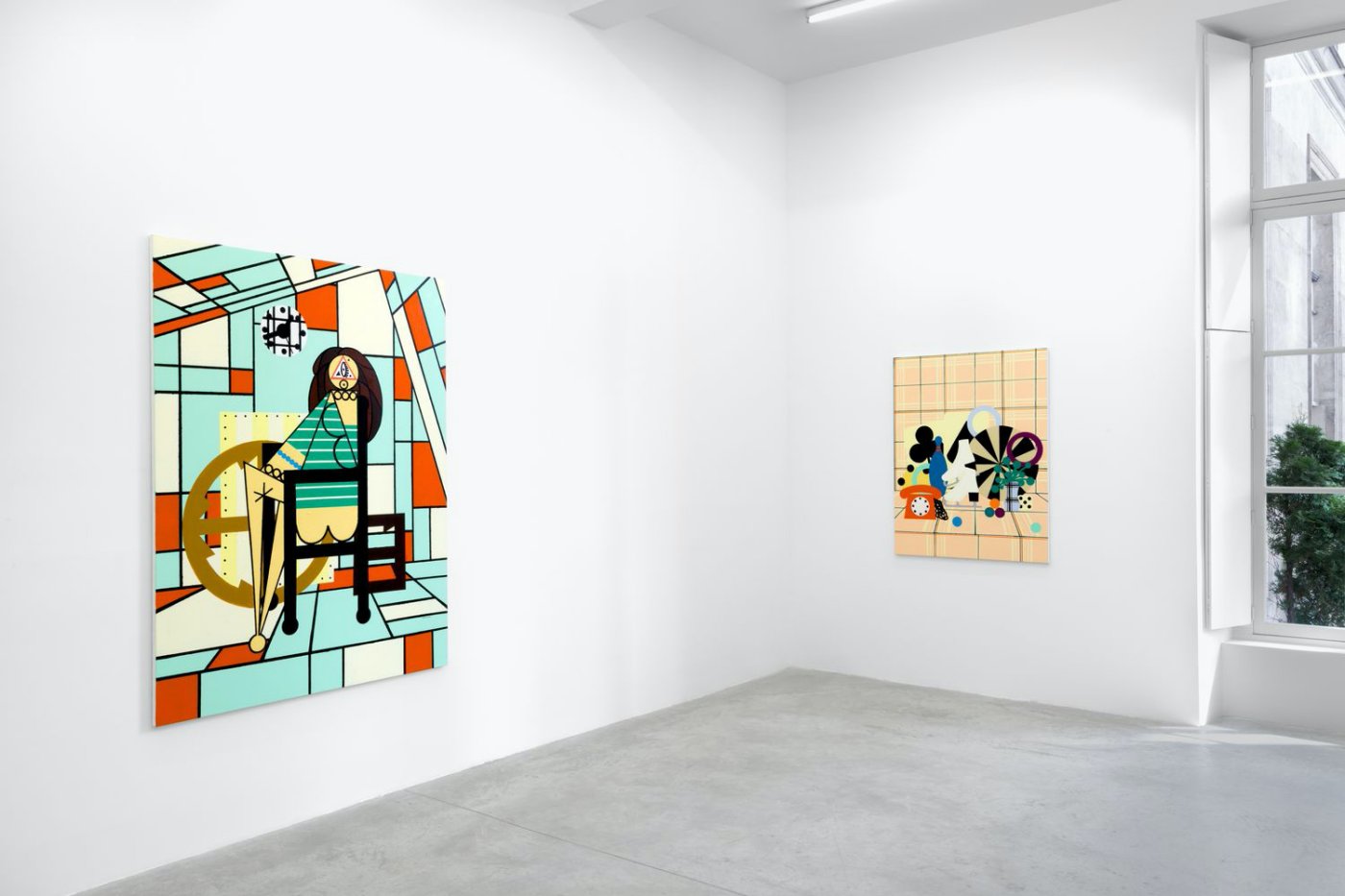 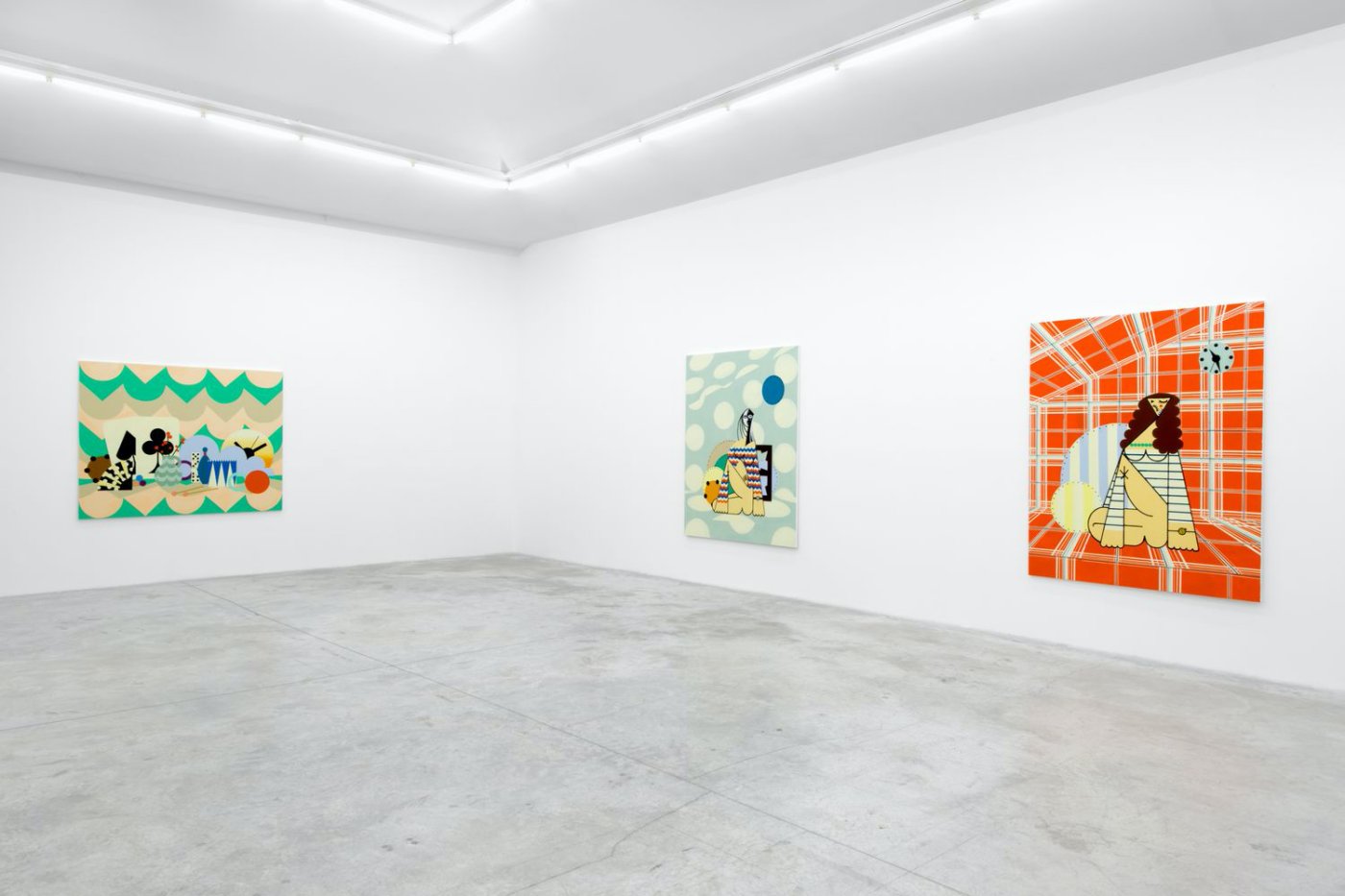 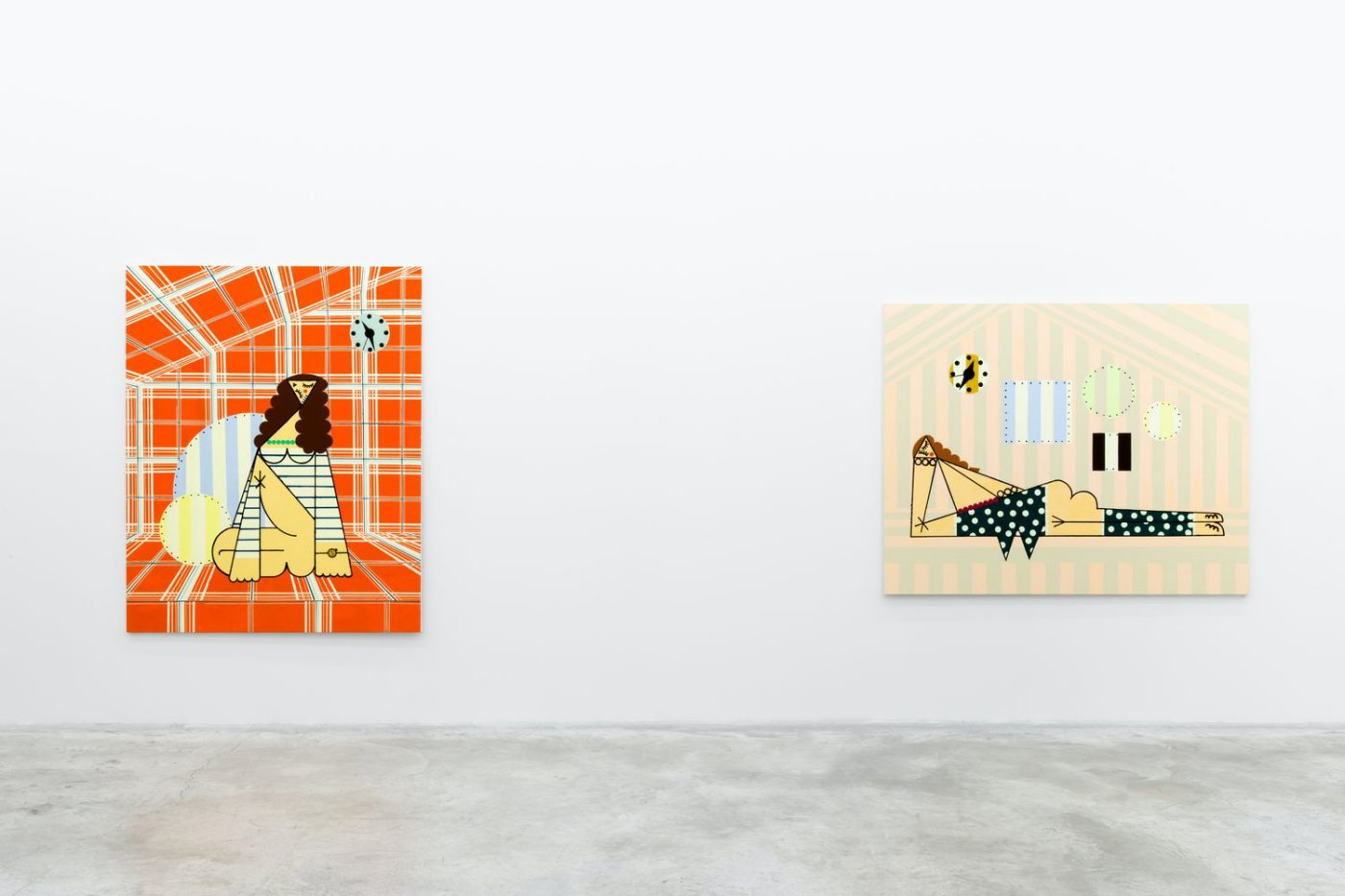 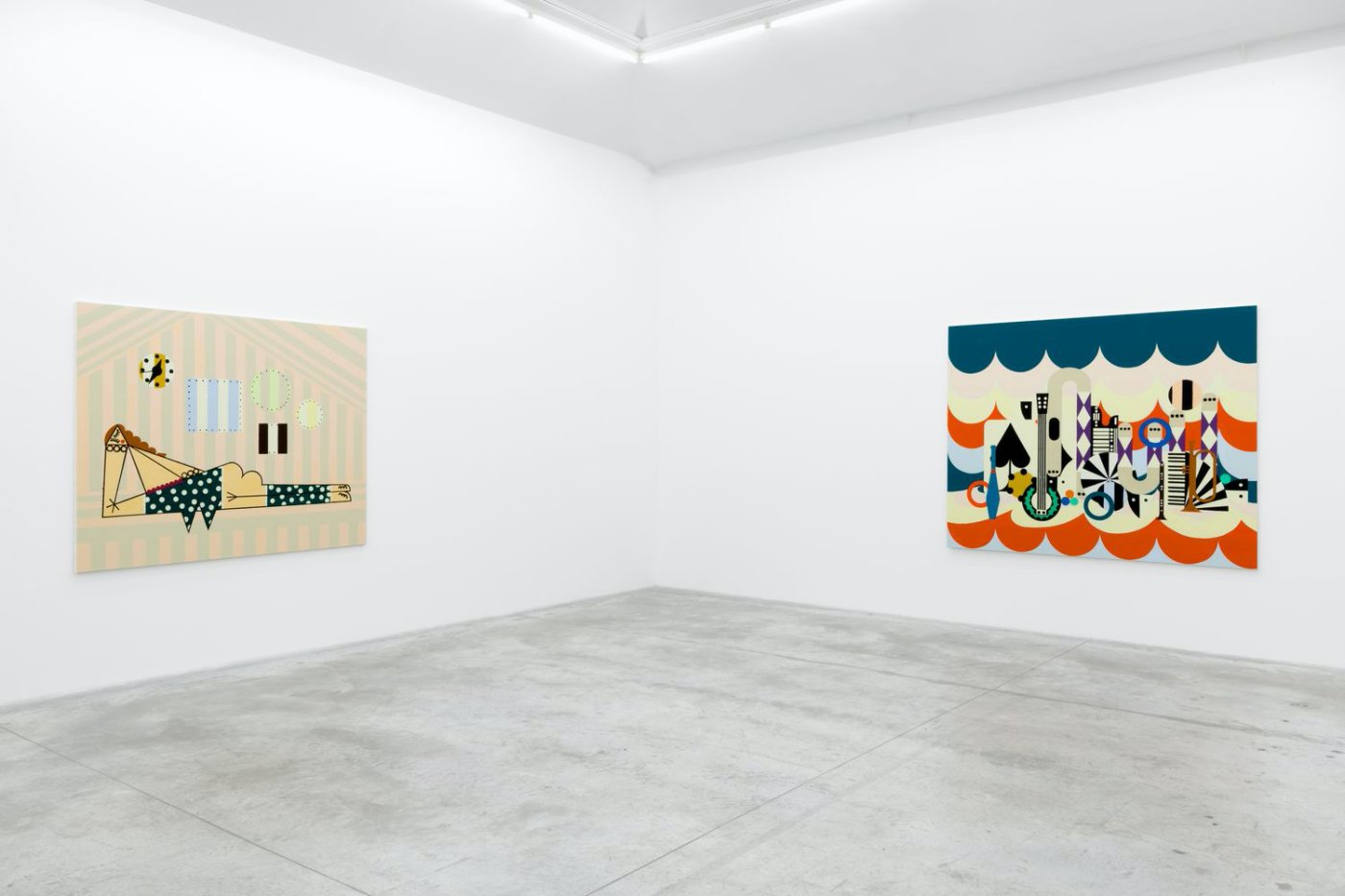 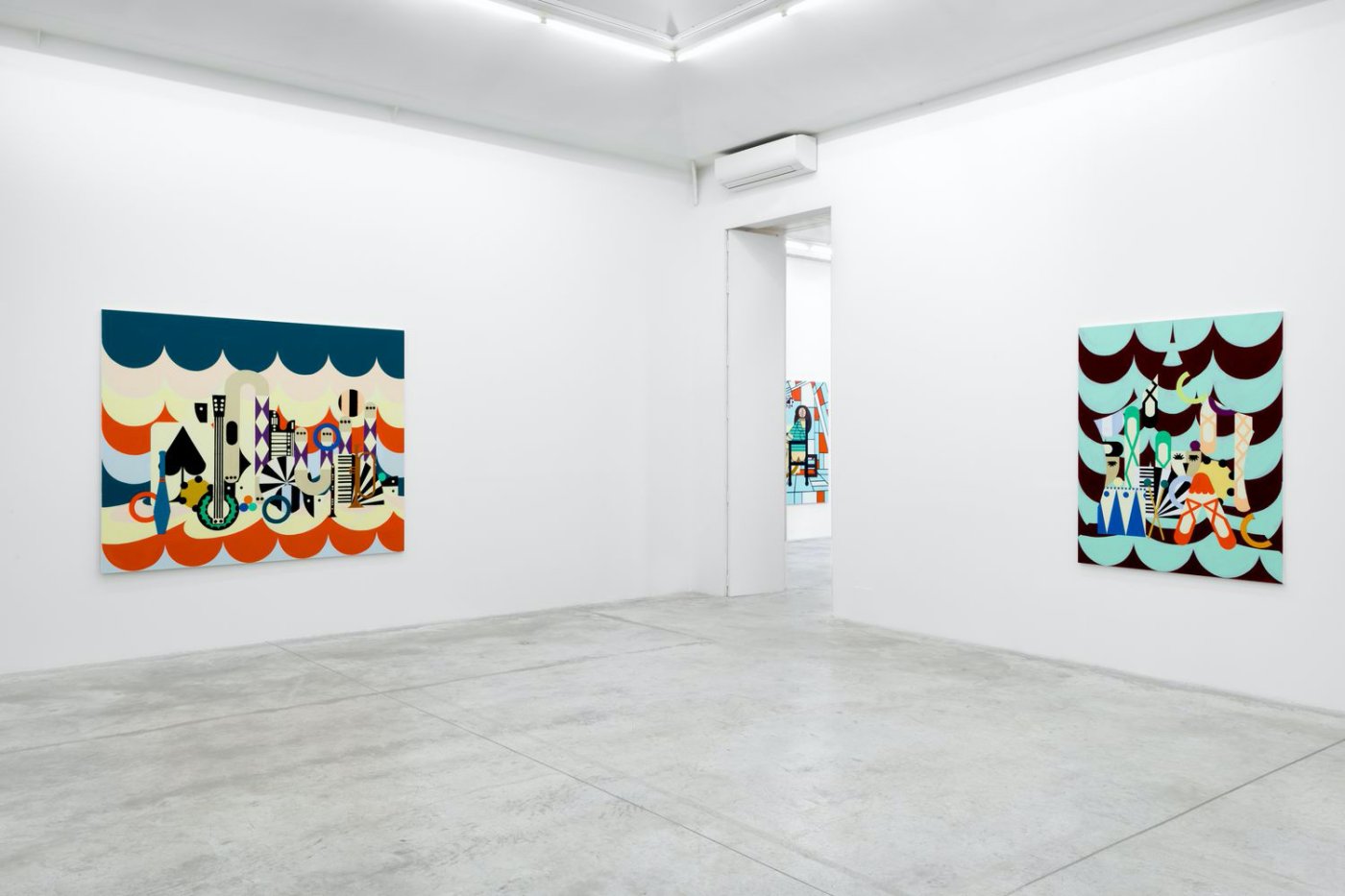 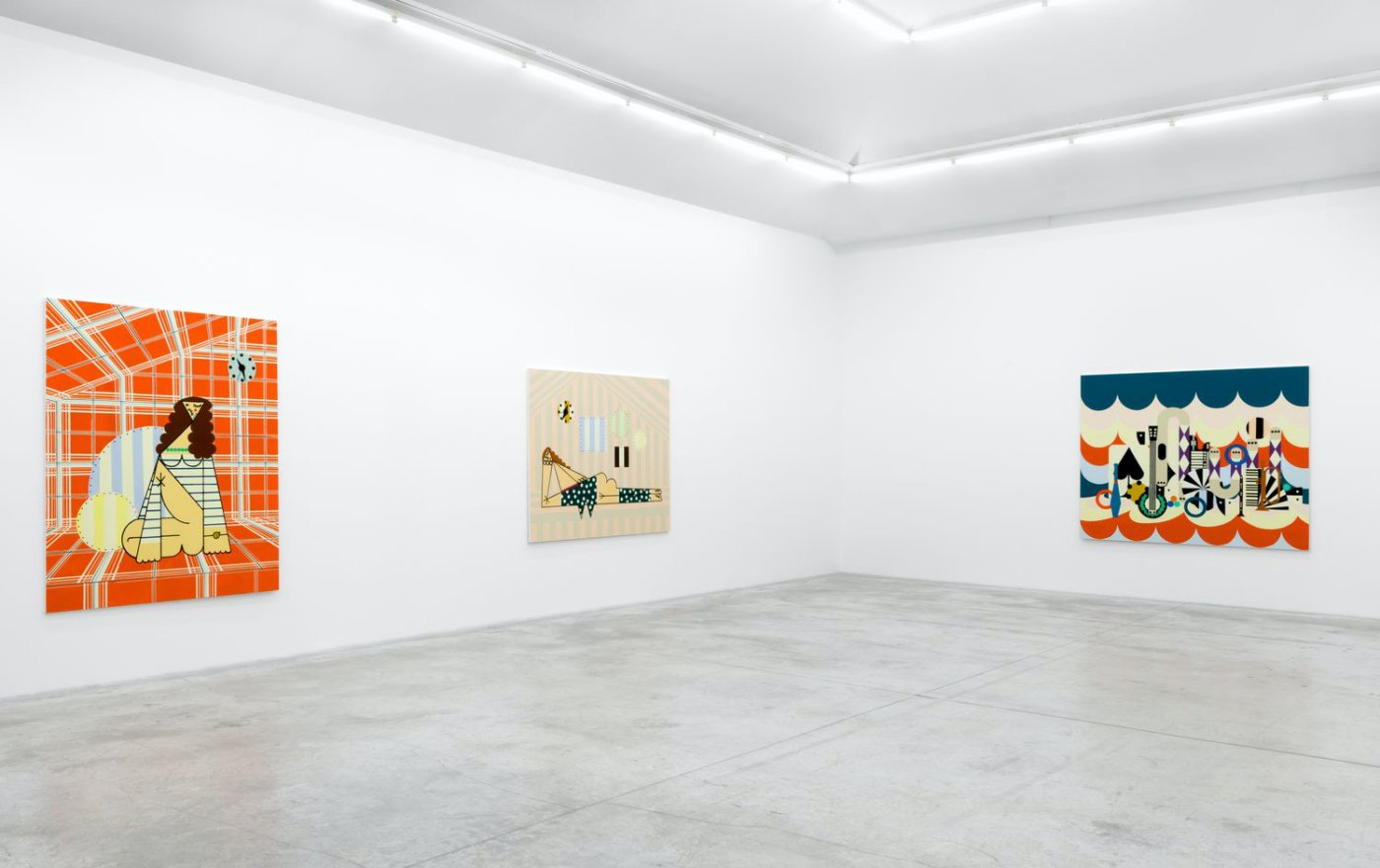 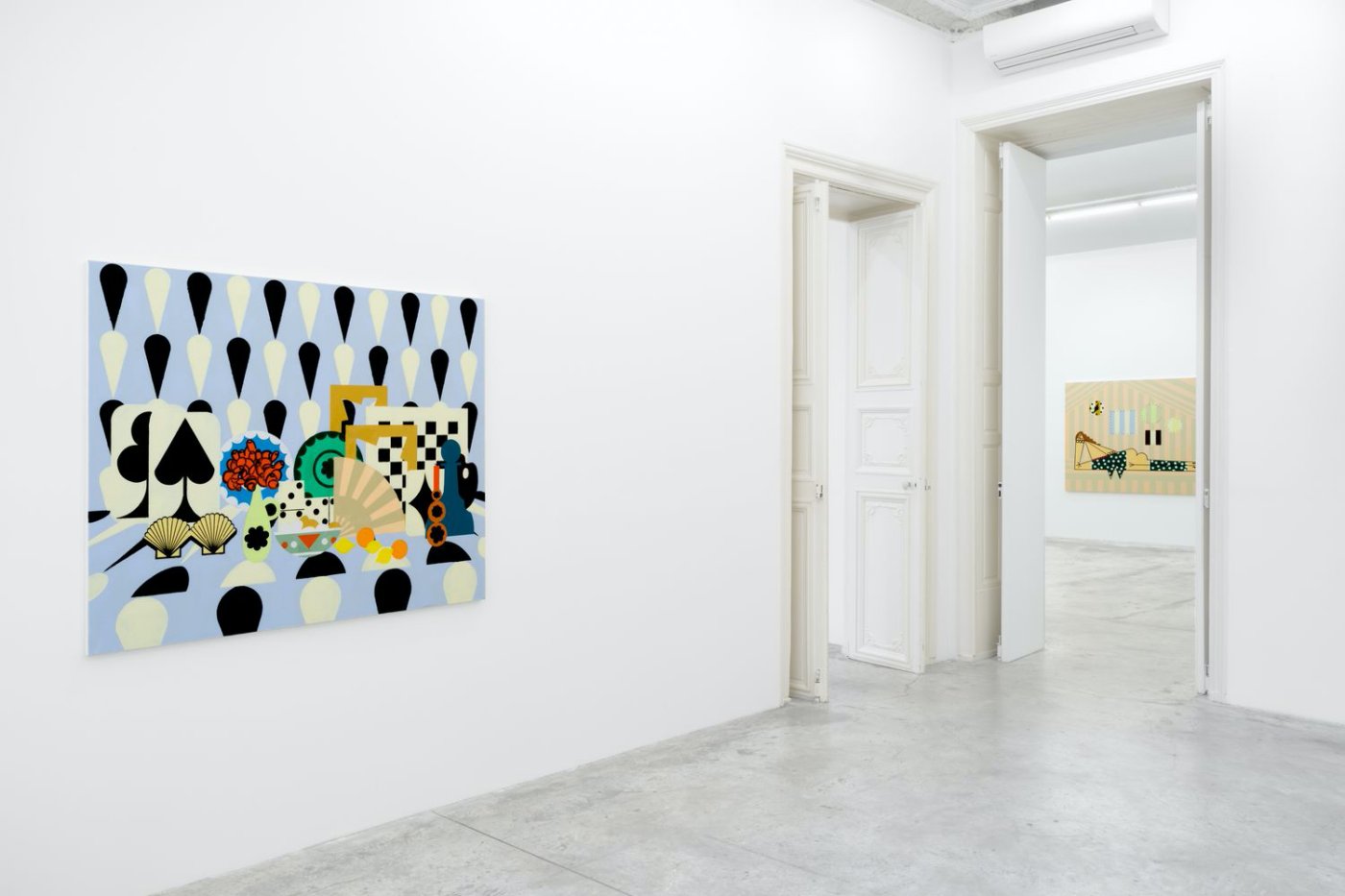 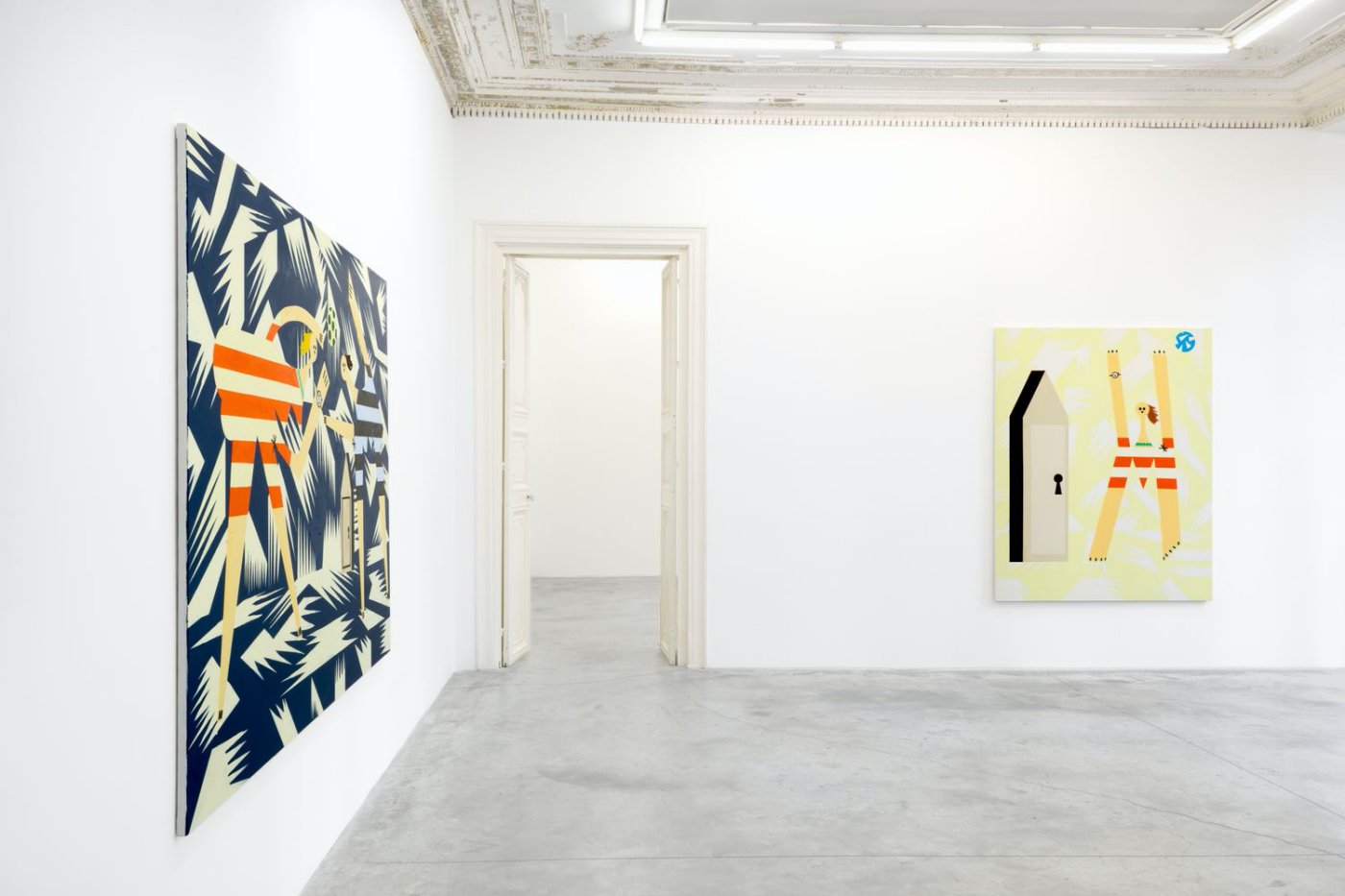 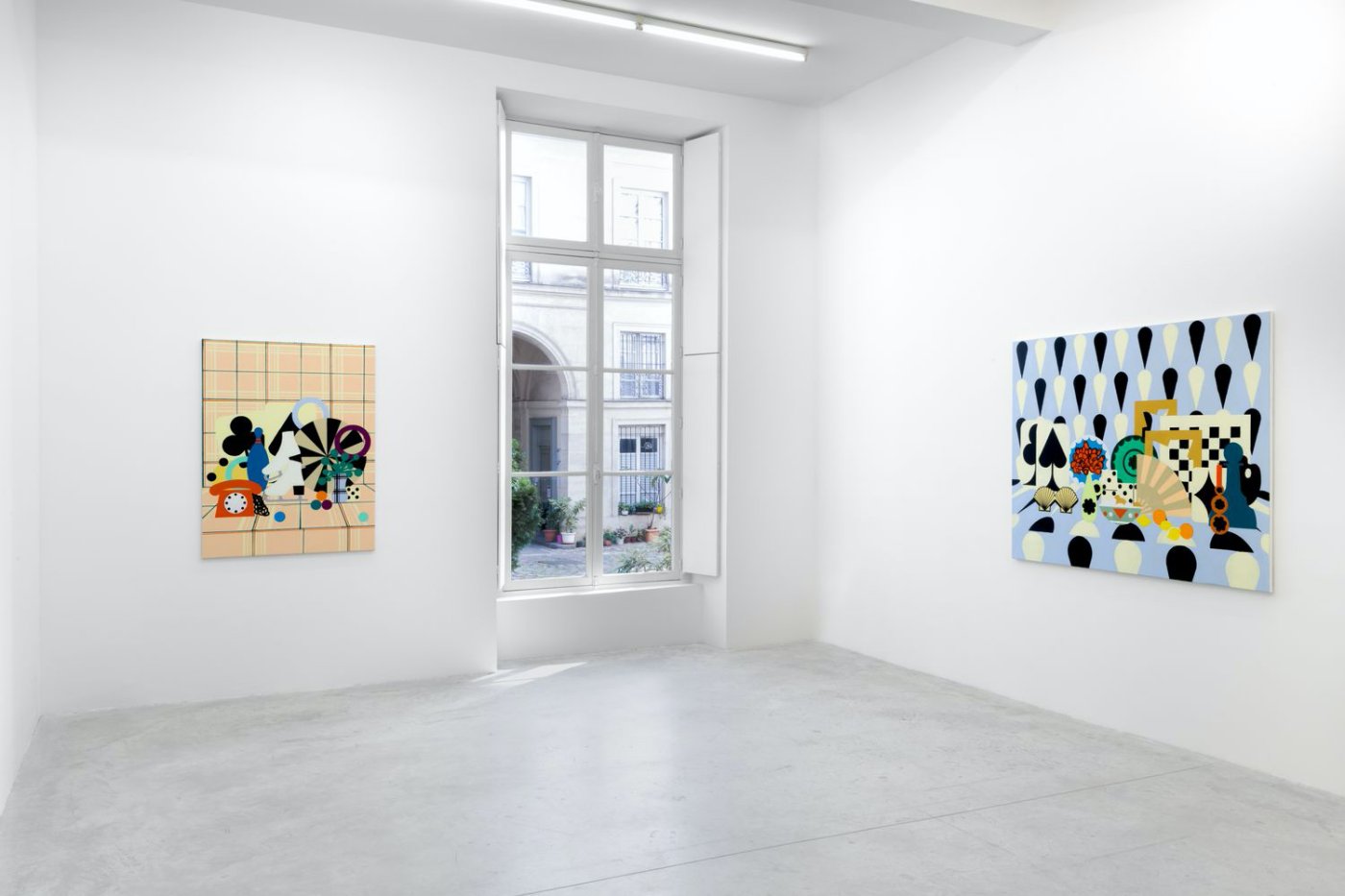 Unsurprisingly, Atassi’s foray into still life and portraiture is not without complication. Flouting the traditional pictorial hierarchies of these two genres, the artist rejects the notion that certain compositional elements should have greater importance than others. On the contrary. Every aspect of Atassi’s canvases—whether it be a figure, an object, or the environment—receives the same painterly treatment and holds the same status within the composition. As a result, the paintings’ settings and subjects compete for the viewer’s attention—vying for prominence in a sea of similar colors and shapes.

Like Mondrian and Malevich, two important touchstones for the artist, Atassi relies on a grid to organize her carefully devised compositions of colors and shapes. However, she also uses the grid to help plot out the orthogonal lines that help her to represent three-dimensional space. By reappropriating a defining feature of non-objective art—this so-called modernist grid—as the armature onto which she builds fictive spaces and hangs narrative scenes, Atassi anchors her paintings firmly between abstraction and representation. Figures as seen playing ball (The Game 3 and The Game 4), reclining in a cabana (Lying Woman), or seated in the studio (Model in Studio 6, Model in Studio 7 and Seated Woman in Sailor Top), are easily reduced to various combinations of circles, squares and triangles. Similarly, her object subjects—guitars, juggling pins, playing cards, rotary phones, and tambourines—are so simplified that they sometimes barely register as real-world items.

In addition to creating a strong visual link between subjects and their settings, the formal repetitions that echo across Atassi’s canvases—for example, the small black circles that alternately denote eyes, a polka dot beachball, dice, hours on a clock face, and numbers on a rotary telephone dial—have the effect of flattening space; confusing what we understand to be the paintings’ backgrounds and foregrounds. Though she uses one point perspective to create convincing illusions of dimension and distance, Atassi also constantly coaxes our eyes back to the surface of her paintings, which bare a subtle topography formed by layers of oil paint pressed against tape. This tug of war between the paintings’ surfaces and their subjects beautifully illustrates the tension between two historically antithetical painterly fetishes: facture and figuration.

Best seen together, so as to appreciate the repetitive forms and colors that leap around each painting as well as from one to the next, Atassi’s recent still lifes and portraits are part of an on-going series of interrelated geometric studies. These symphonies of angled and curved forms that just happen at times to suggest bodies, faces, objects or spaces, are, to use the artist’s own coinage, “figurative paintings that depict abstraction.”