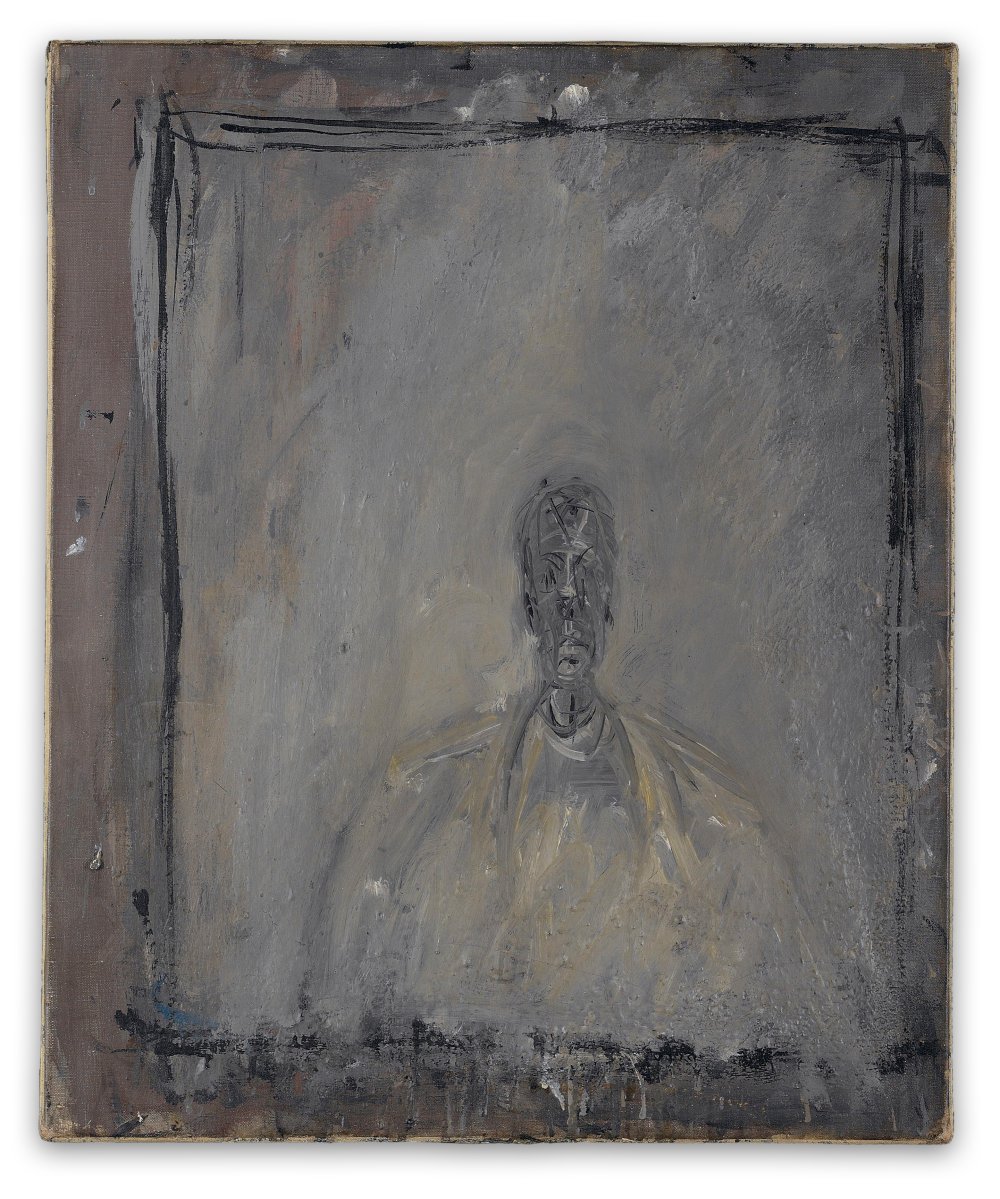 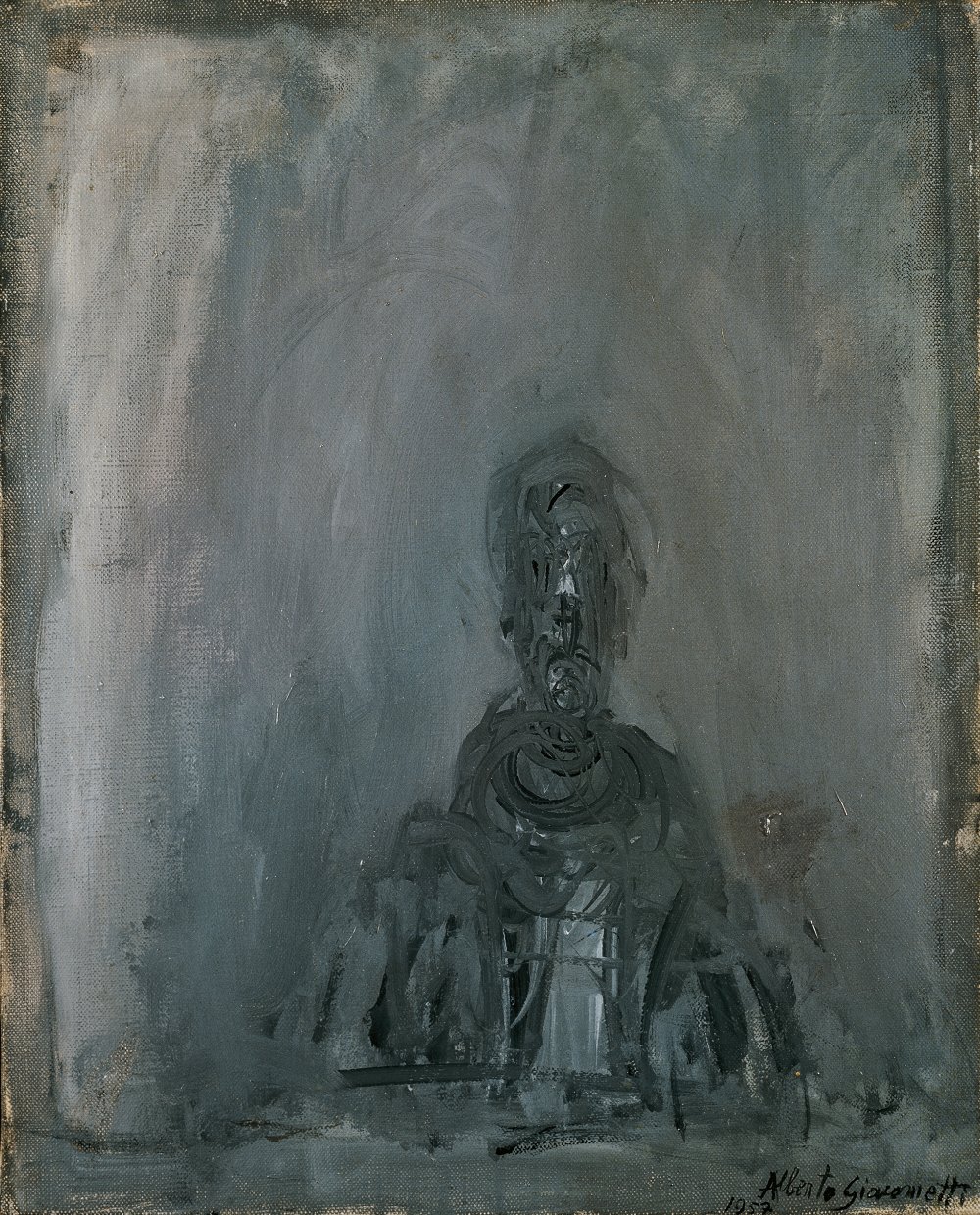 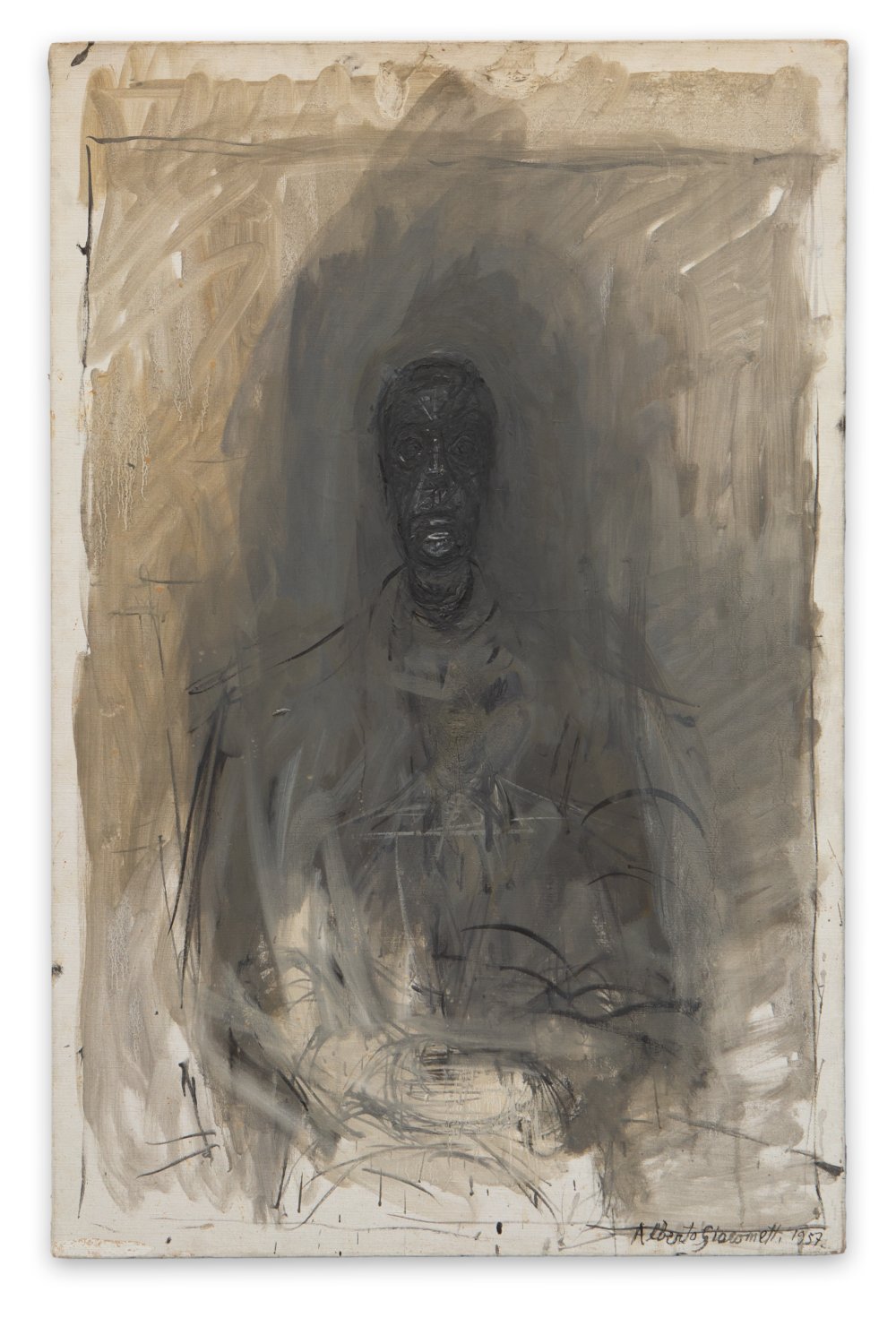 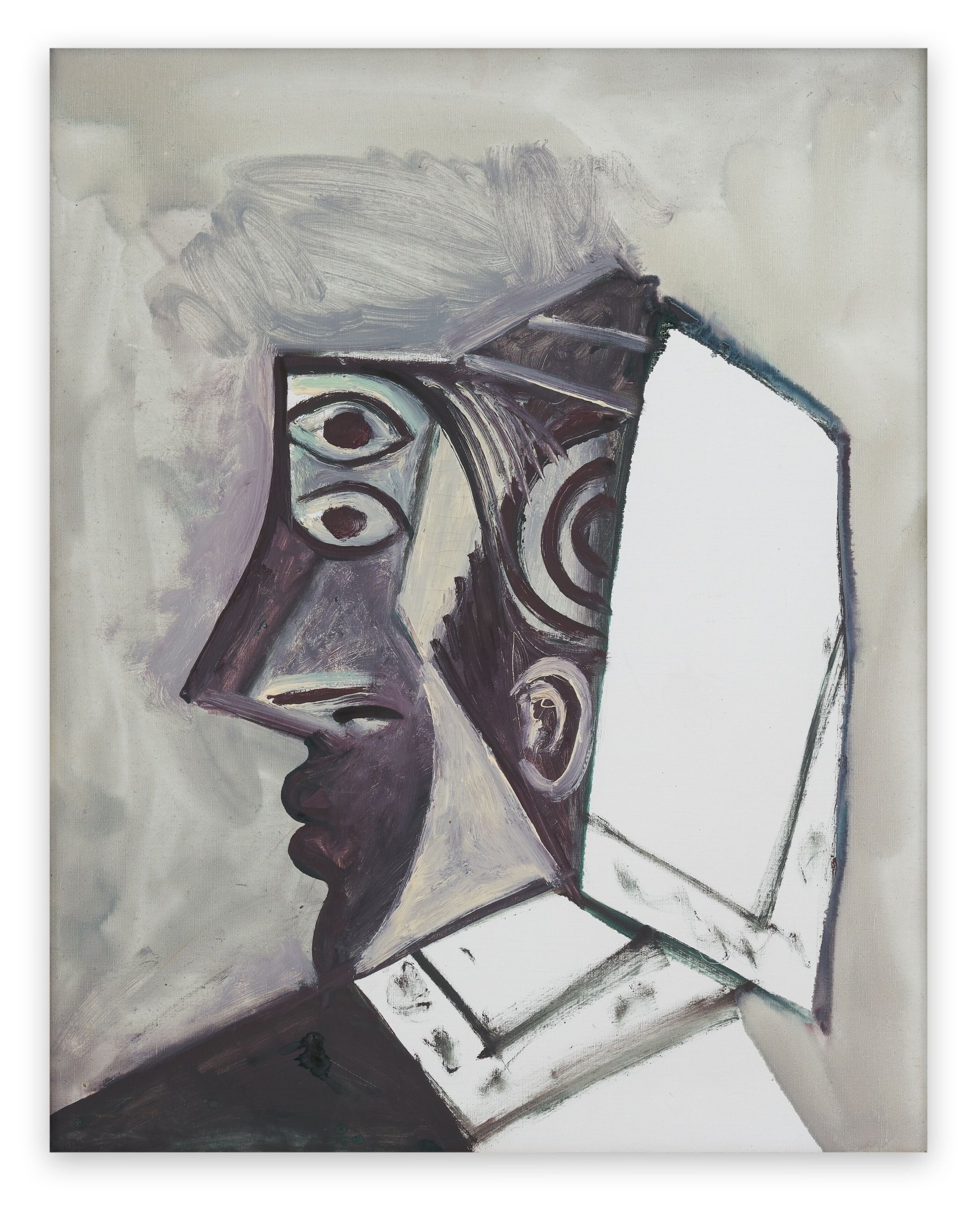 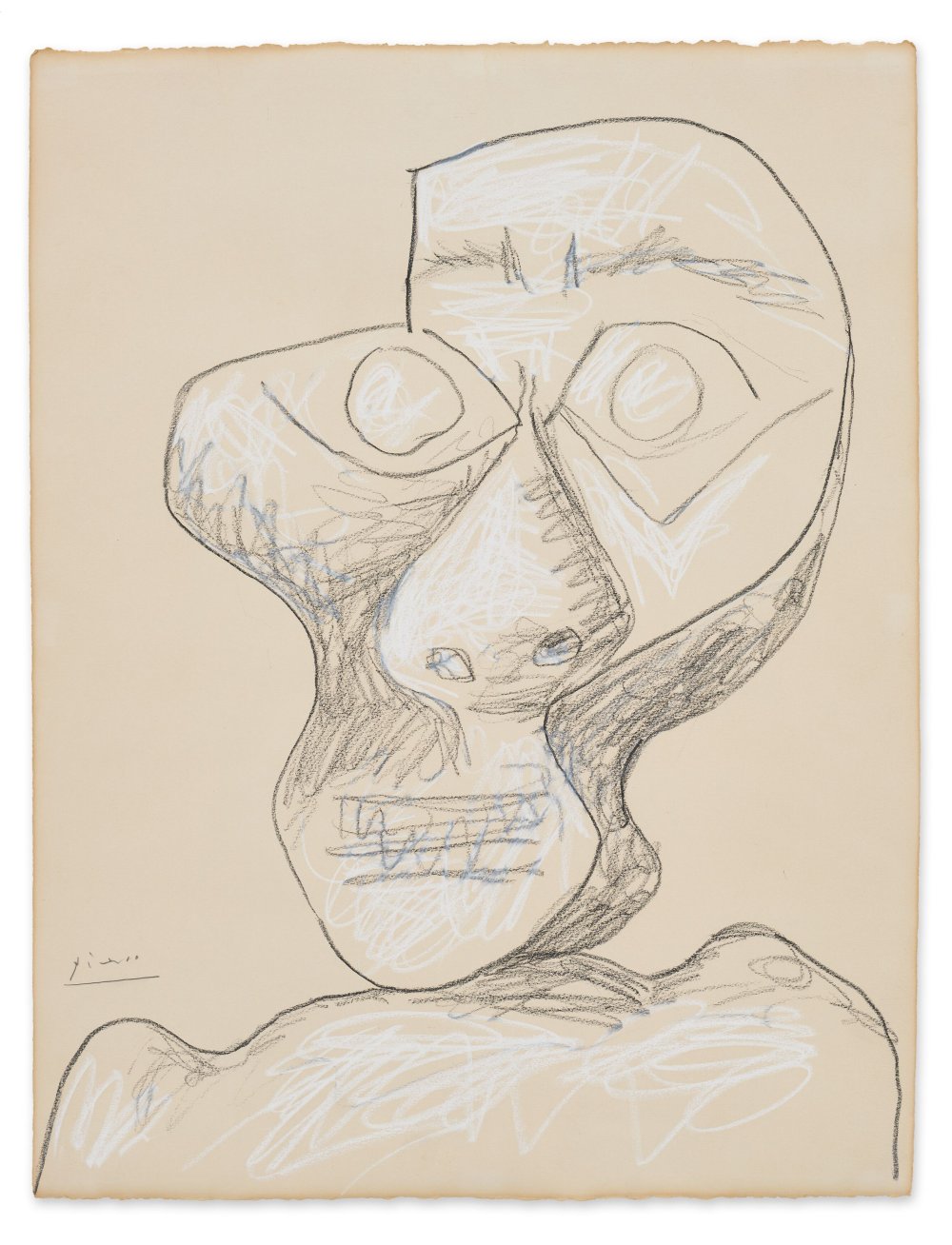 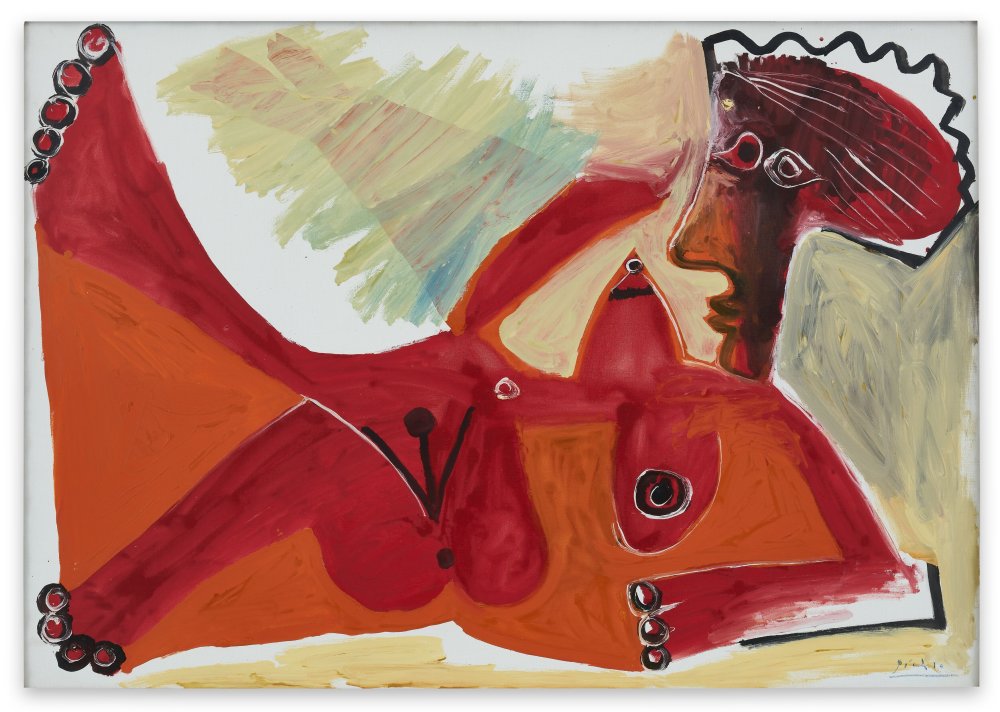 Bringing together a selection of masterpieces from international collections, this exhibition displays new insights into Picasso and Giacometti’s questioning of existence, as well as their endless search for the relationship between figure and space. This is the second collaboration between Hauser & Wirth and internationally renowned curator and expert of modern and contemporary art Dr. Dieter Buchhart, who curated the exhibition ‘Schwitters Miró Arp’ at Hauser & Wirth in 2016. He states: ‘‘Facing Infinity. Alberto Giacometti & Pablo Picasso’ brings a focused insight into their dazzling last years, revealing fascinating connections and contrasts.’

When Alberto Giacometti (1901-1966) moved to Paris in 1922 as a 20-year-old, Pablo Picasso (1881-1973) had already become the predominant artistic presence in France. Picasso, cubism’s radical pioneer, quickly turned into a role model for the young Swiss artist Giacometti, who would soon become an integral part of the Parisian art scene himself. After observing Picasso from afar, Giacometti finally met him in person in 1931. A year later, Picasso was amongst the first visitors of Giacometti’s inaugural solo show in Paris. These initial interactions quickly developed into a deep artistic and intellectual friendship. From 1930 to the early 1950s, Picasso and Giacometti saw each other regularly, and in 1940 and 1941 almost daily. The two artists eventually had a falling out in the early 1950s and their intense artistic exchange ended abruptly. Yet, it is precisely in their late oeuvres that multi-layered connections between the two artists emerge.

In the face of their advanced age, Giacometti and Picasso’s artistic avenues continued to expand: their works became an acute meditation on creativity, propelled by a denial of aging and mortality – an attempt to halt the unstoppable. In Picasso’s late work, the aim to exorcize death becomes tangible through the portrayal of emotions and sensual motifs. Working on the canvas in a sketch-like technique, the artist would often leave the canvas with colored clots, cracked areas and visual pentimenti, as seen in ‘Tête de femme (Head of a Woman)’ (30 June 1971) and ‘Nu couché (Reclining Nude)’ (9 October 1968). Picasso said, ‘The worst thing of all is that he [the painter] has never finished. There is never a moment when you can say “I’ve done a good day’s work and tomorrow is Sunday.” As soon as you stop you have to start again. You can put aside a canvas and say you won’t touch it anymore. But you can never write the words THE END.’ The end – whether in his work or in death – is not an option for Picasso and this is reflected in the work of his last years.

In contrast, Giacometti’s paintings restlessly traverse the void between forms, the indivisibility of the human being, and the question of proximity and distance. In his late work, such as ‘Tête noire (Dark Head)’ (1957-1962), Giacometti’s subject matter and color palette remained consistent: brown, grey, white and black. A painted frame surrounds each figure in which edges become blurred and undefined, and contours of the body parts vanish, transforming the figures into a dark mass. With these paintings, Giacometti investigated how to reduce the figure as far as possible while infusing it with power and significance. Jean-Paul Sartre described Giacometti’s works as floating ‘between being and nothingness, no transition is conceivable at all.’

Diego Giacometti, Giacometti’s brother, was one of his most frequent models, appearing in paintings and sculptures throughout his entire oeuvre. In ‘Buste d’homme (Bust of a Man)’ (1951), Giacometti captured his brother’s gaze with unique intensity, for he regarded the eyes as the expression of life. Diego’s upper body is nearly indistinguishable from the background, while his head, facing the viewer, is more detailed and striking. Held in a state of suspension, the colors of Diego’s countenance are applied densely using innumerable, endlessly repeated brushstrokes, contrasting to the almost translucent space around him. ‘I certainly paint […] to better defend myself, to better attack, to hang on, to advance as much as possible on all levels, in all directions, to defend myself against hunger, against the cold, against death […]’.

Despite their different approaches in style and technique, the exhibition underlines how both artists experimented with pared-back representations of the face and figure. Picasso’s self-portrait from 2 July 1972, ‘Tête (Head)’, is one of the most moving pieces of his late career. The painter’s skull-like visage stares at its viewers, drawing their attention to the wide-set eyes. The face and shoulders are outlined with rapid but precise shading and highlights, demonstrating Picasso’s unique capacity to record profound thoughts with spontaneous gestures. ‘Tête (Head)’ is stripped back to its essentials in both content and form, conveying a dramatic feeling of urgency in the face of uncertainty.

As Dr. Dieter Buchhart explains ‘by bringing together these late works, ‘Facing Infinity. Alberto Giacometti & Pablo Picasso’ explores an often-overlooked chapter of modern art history, lifting the veil on two remarkable and profoundly different artists who attracted and amazed each other.’