Skarstedt presents Faces and Figures, a group exhibition of paintings, sculptures, and photographs demonstrating the many ways in which the components of artist, model, and representation have been configured and reconfigured from the mid-twentieth-century to present. 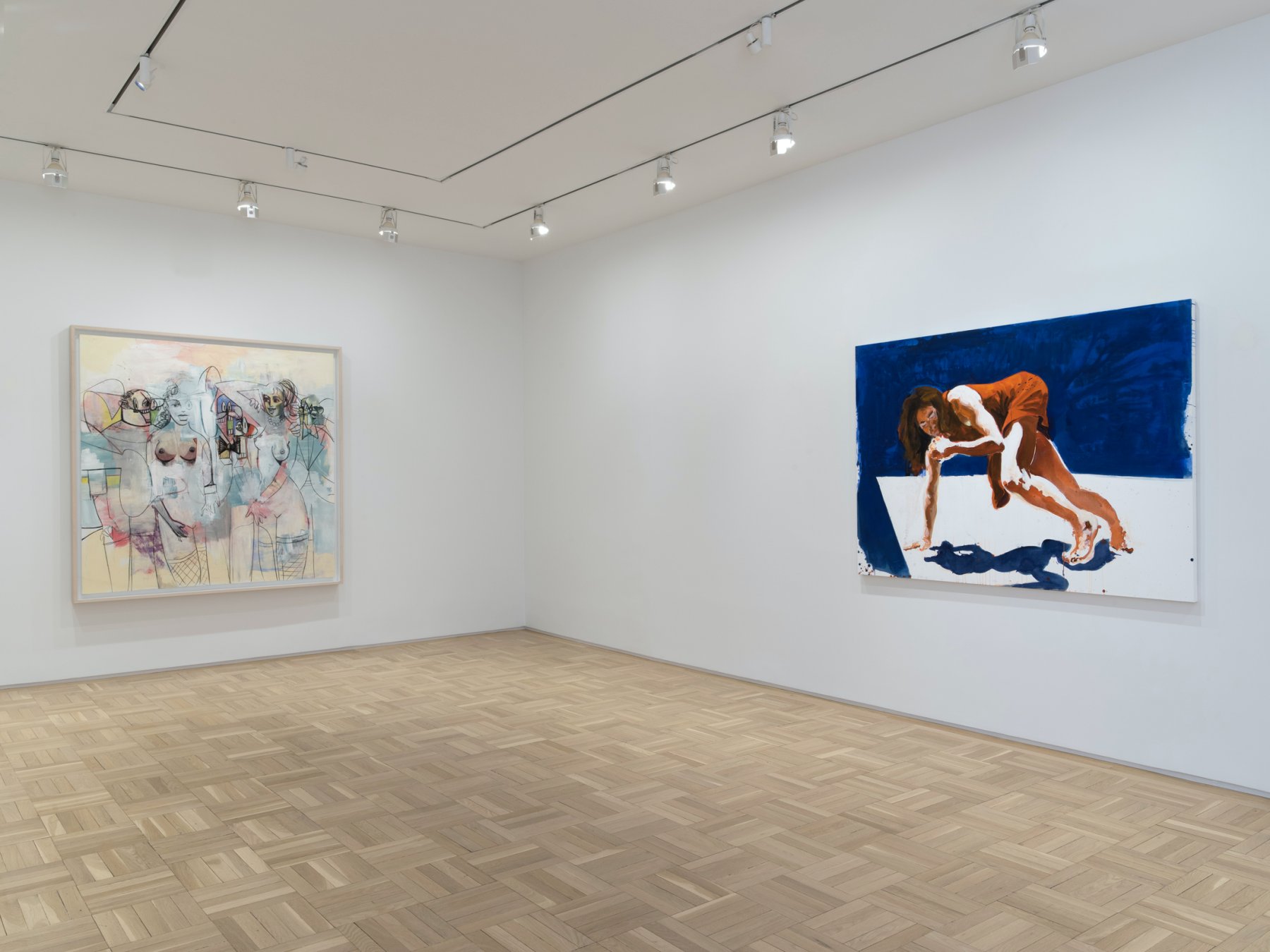 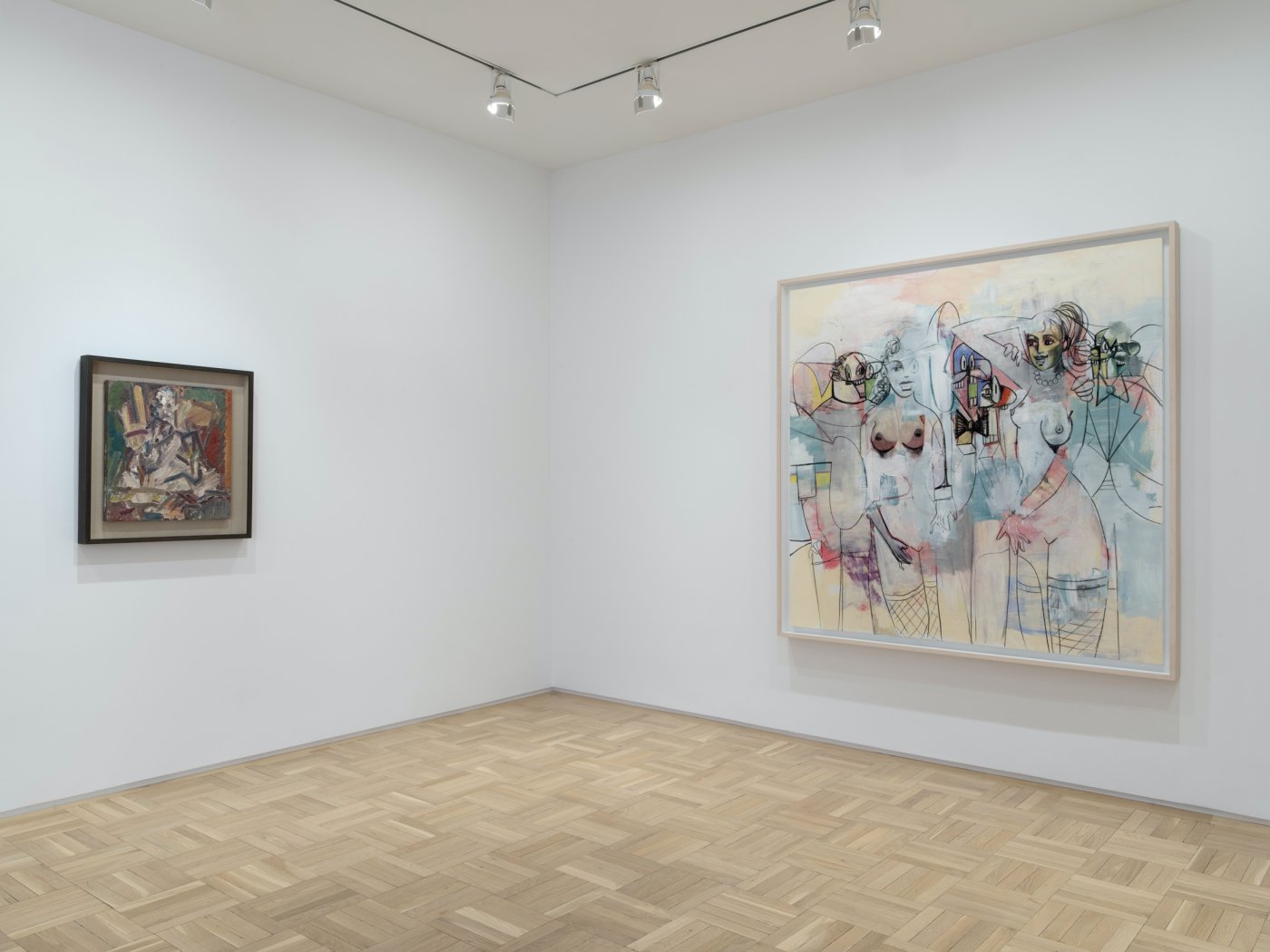 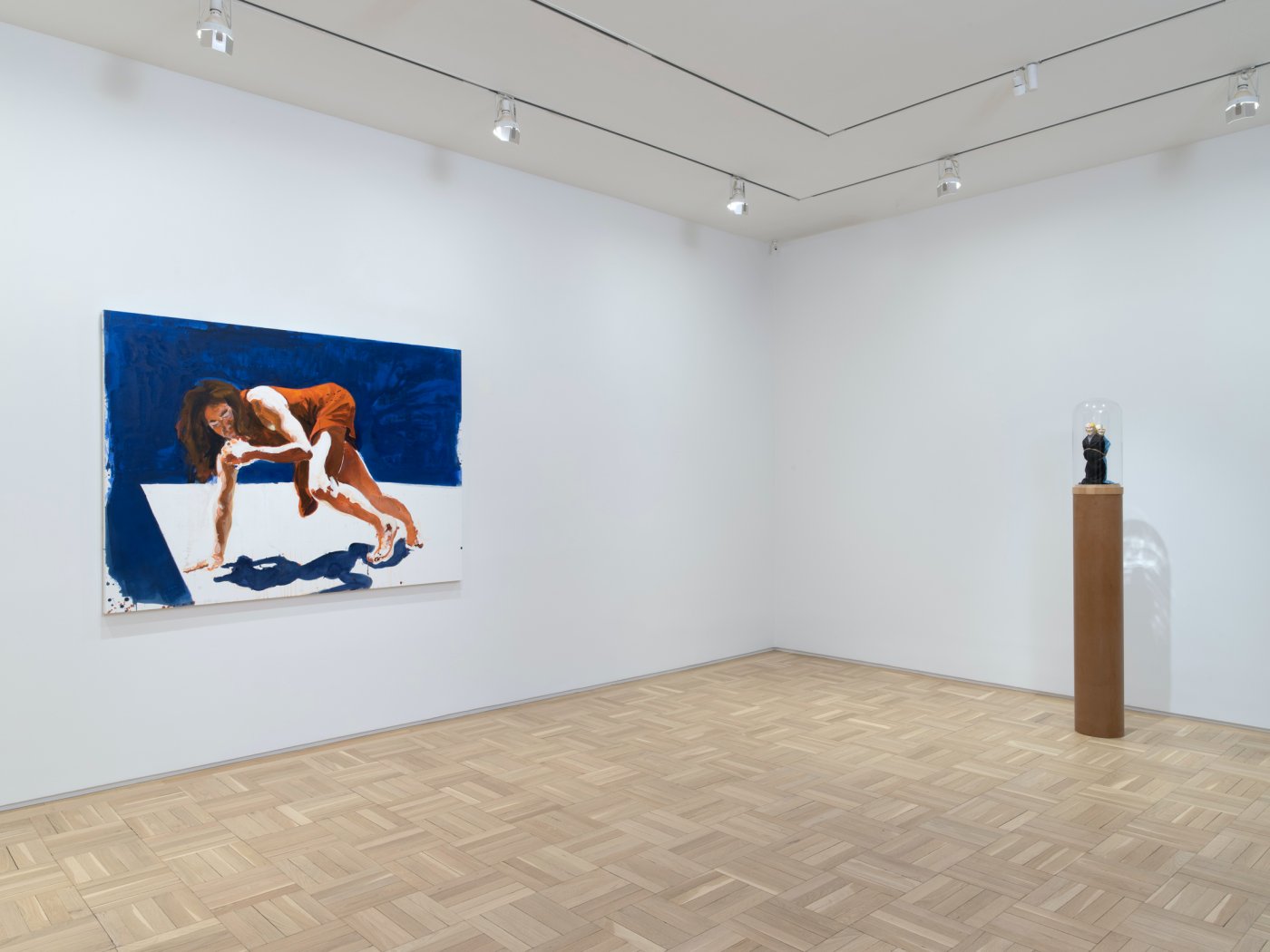 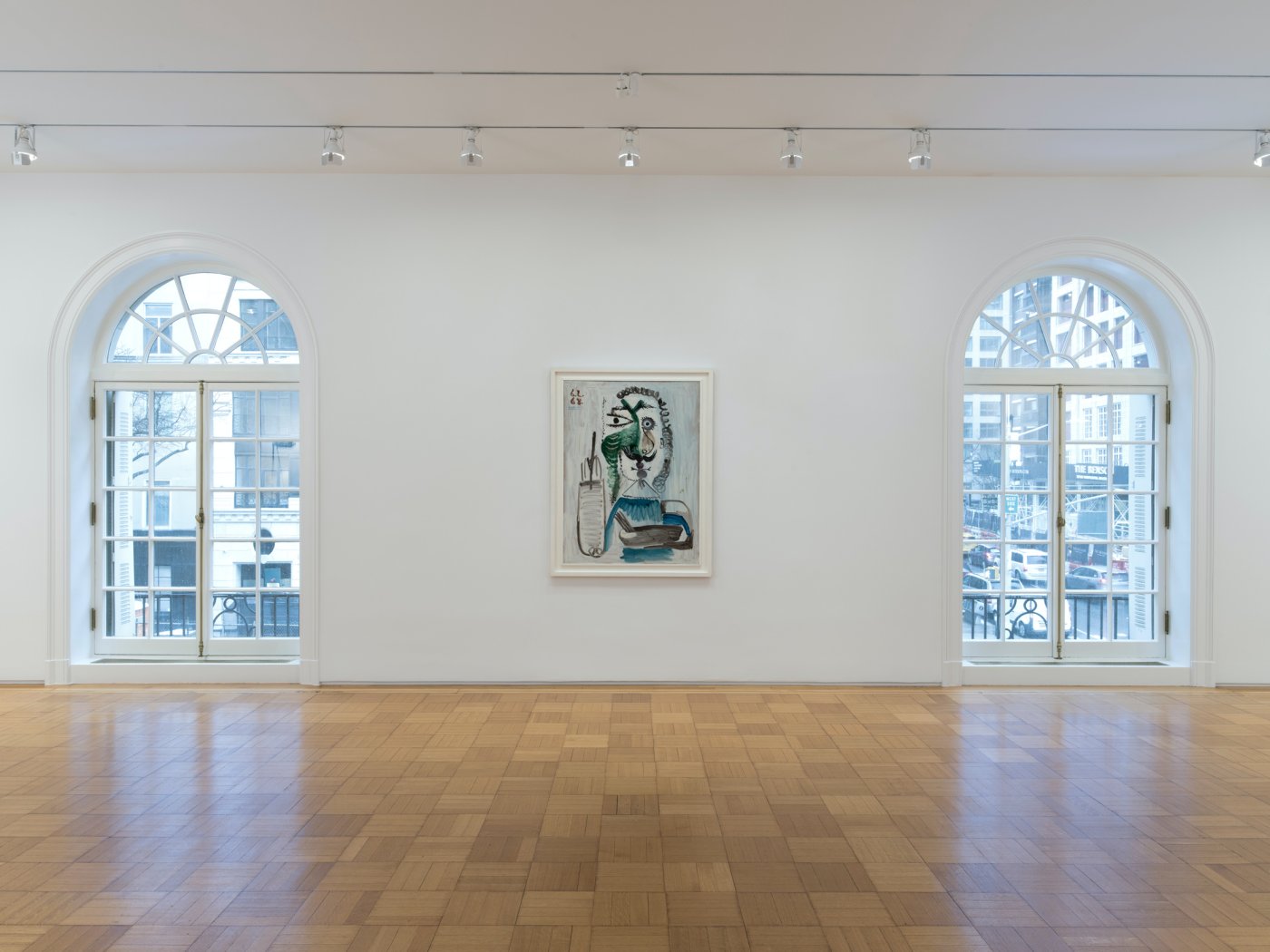 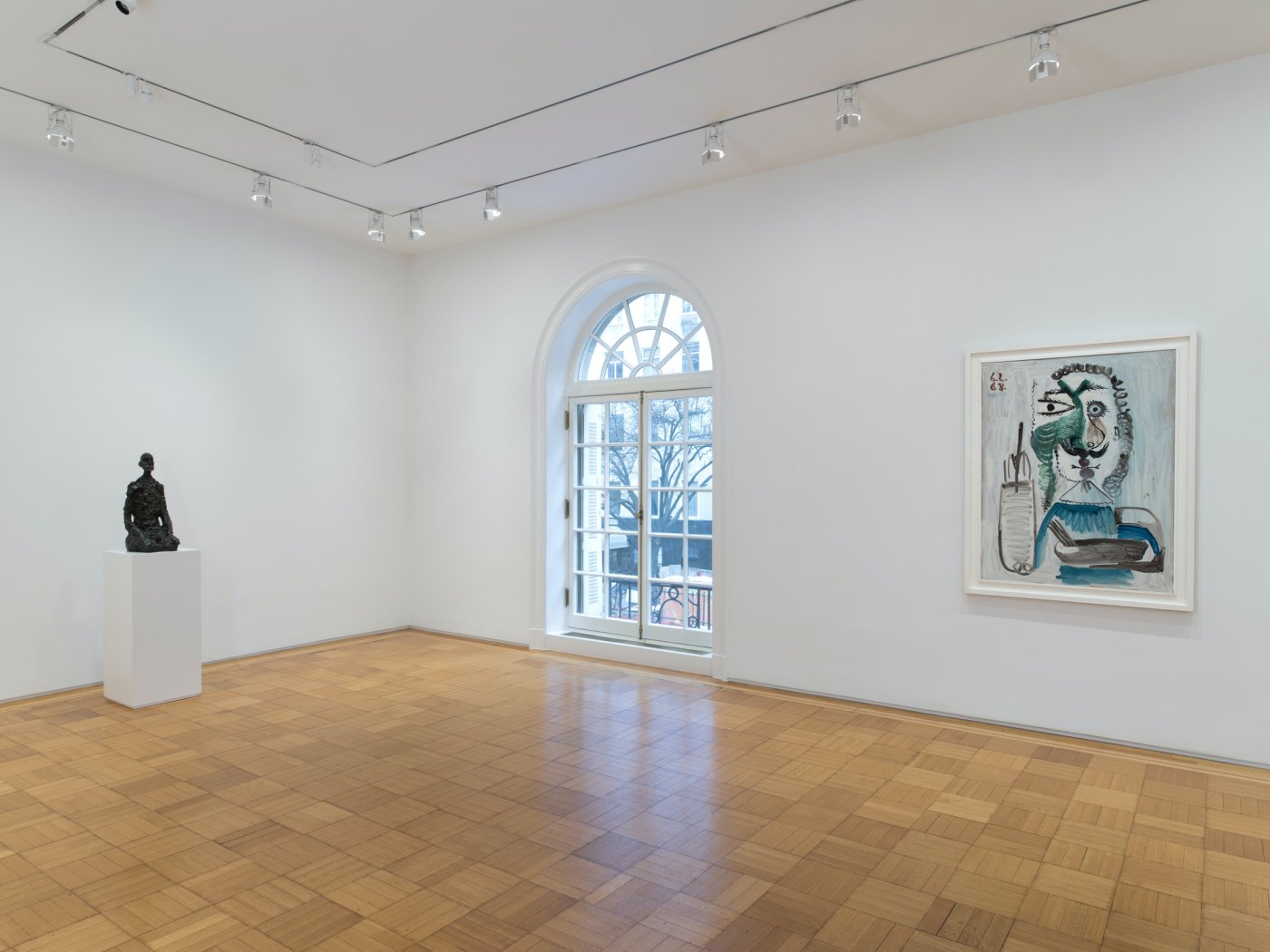 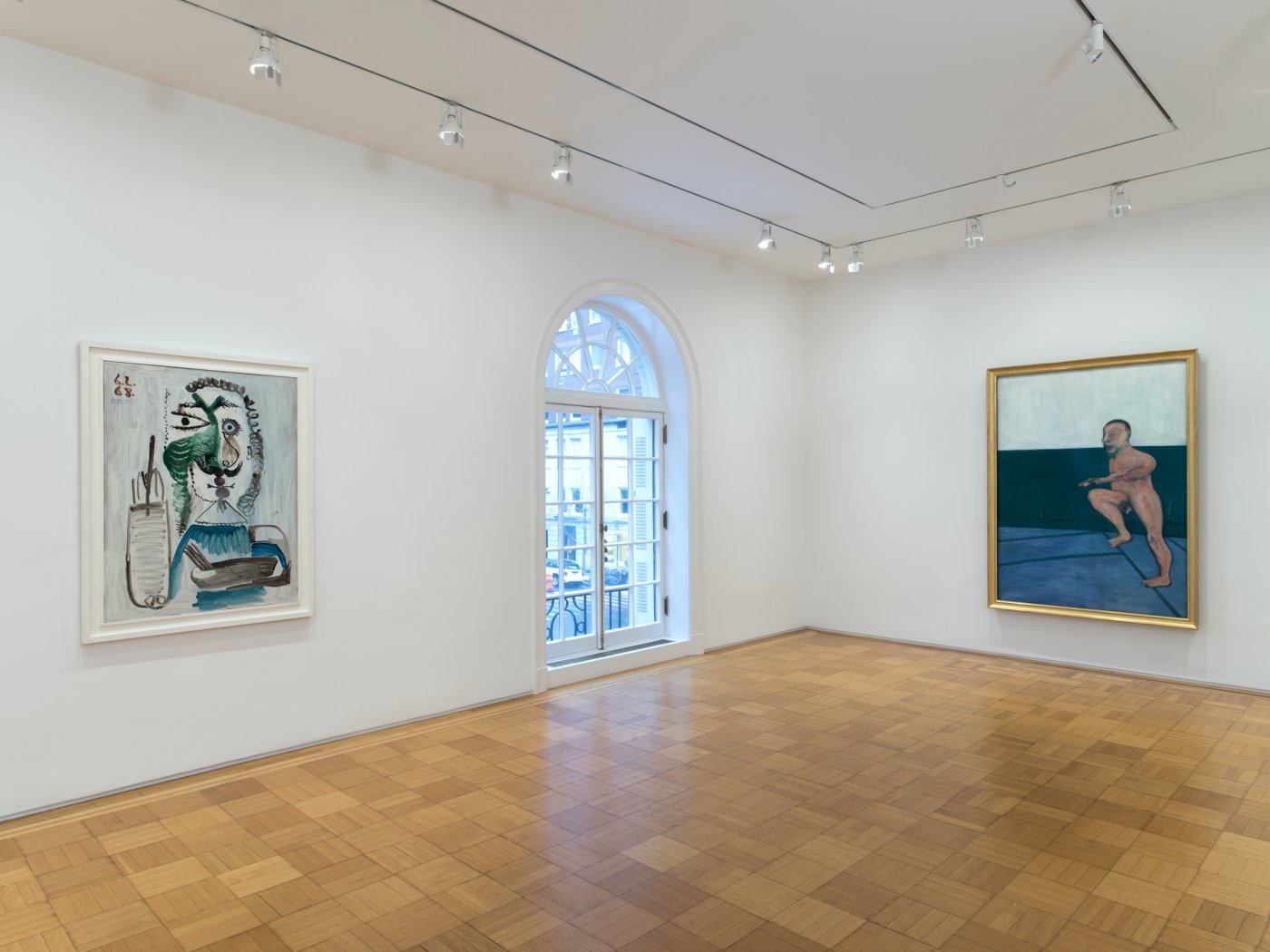 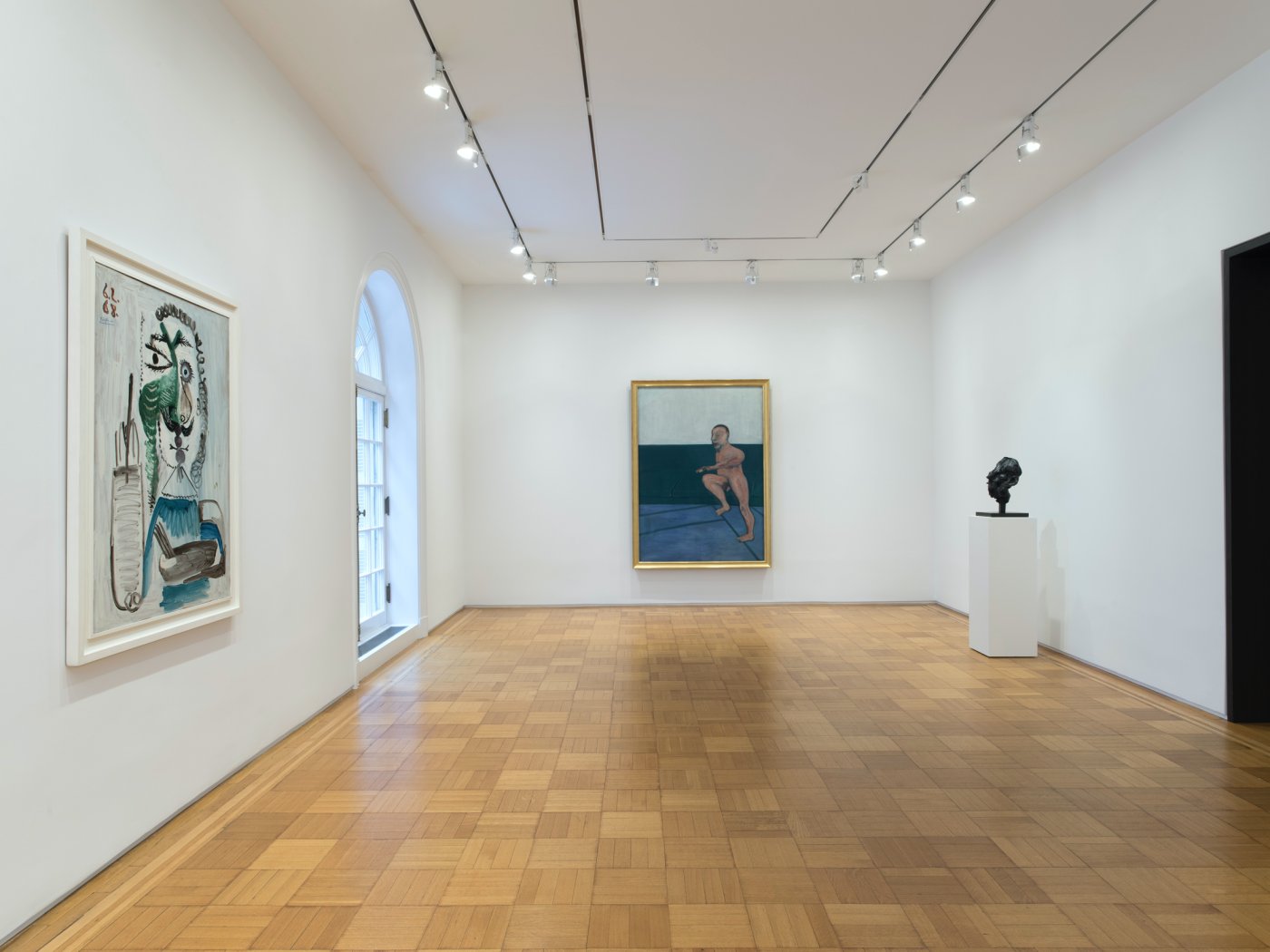 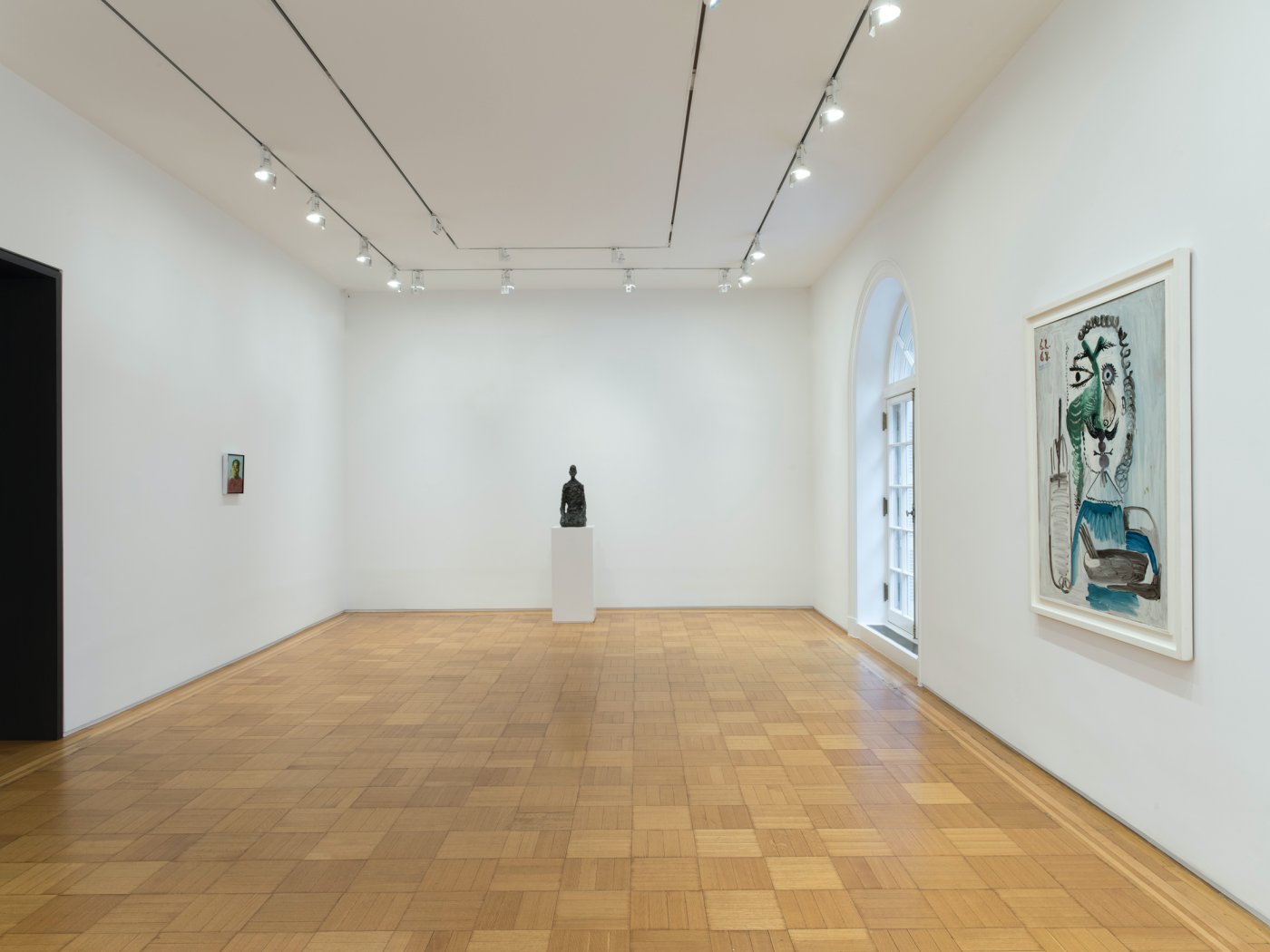 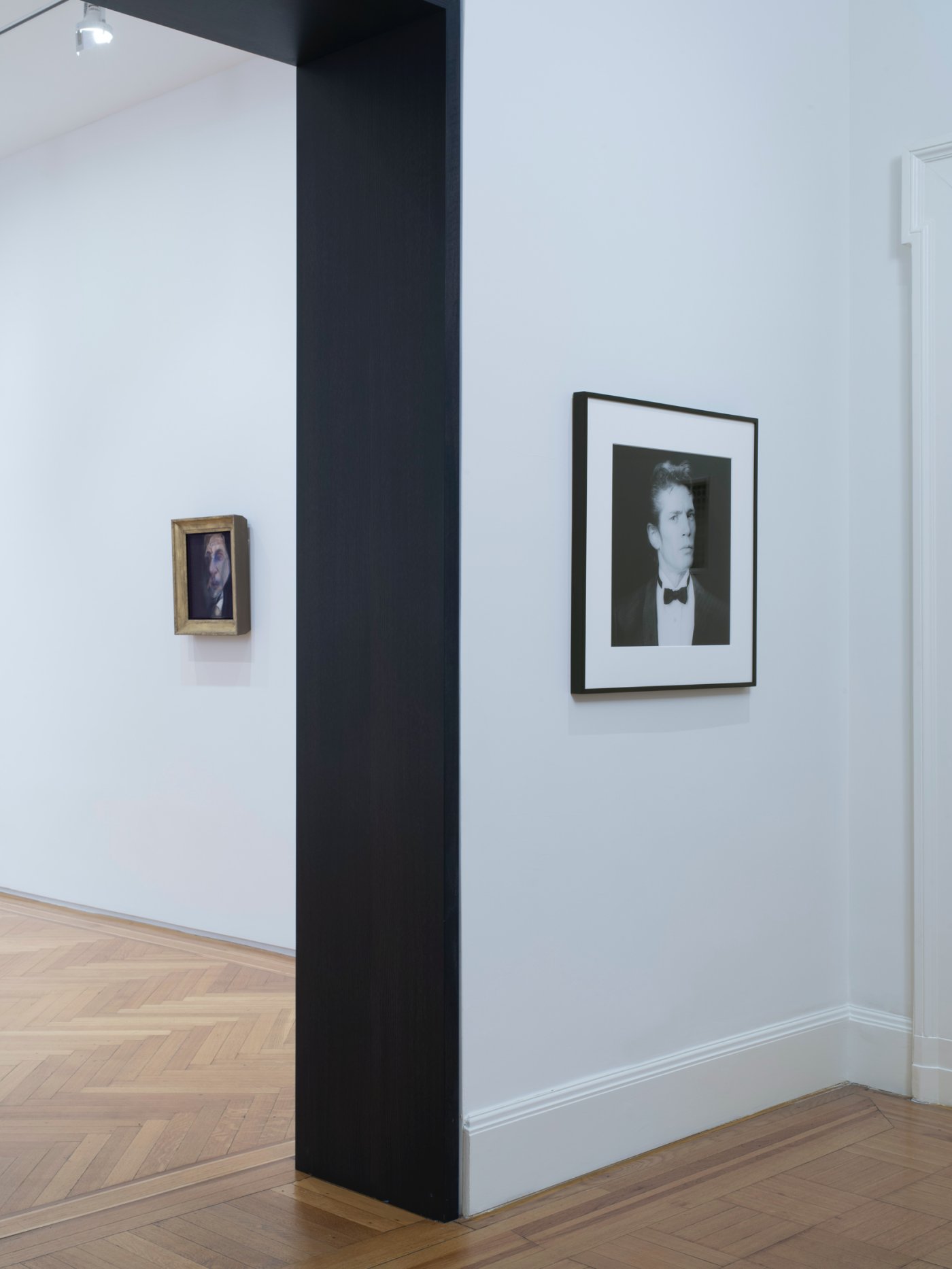 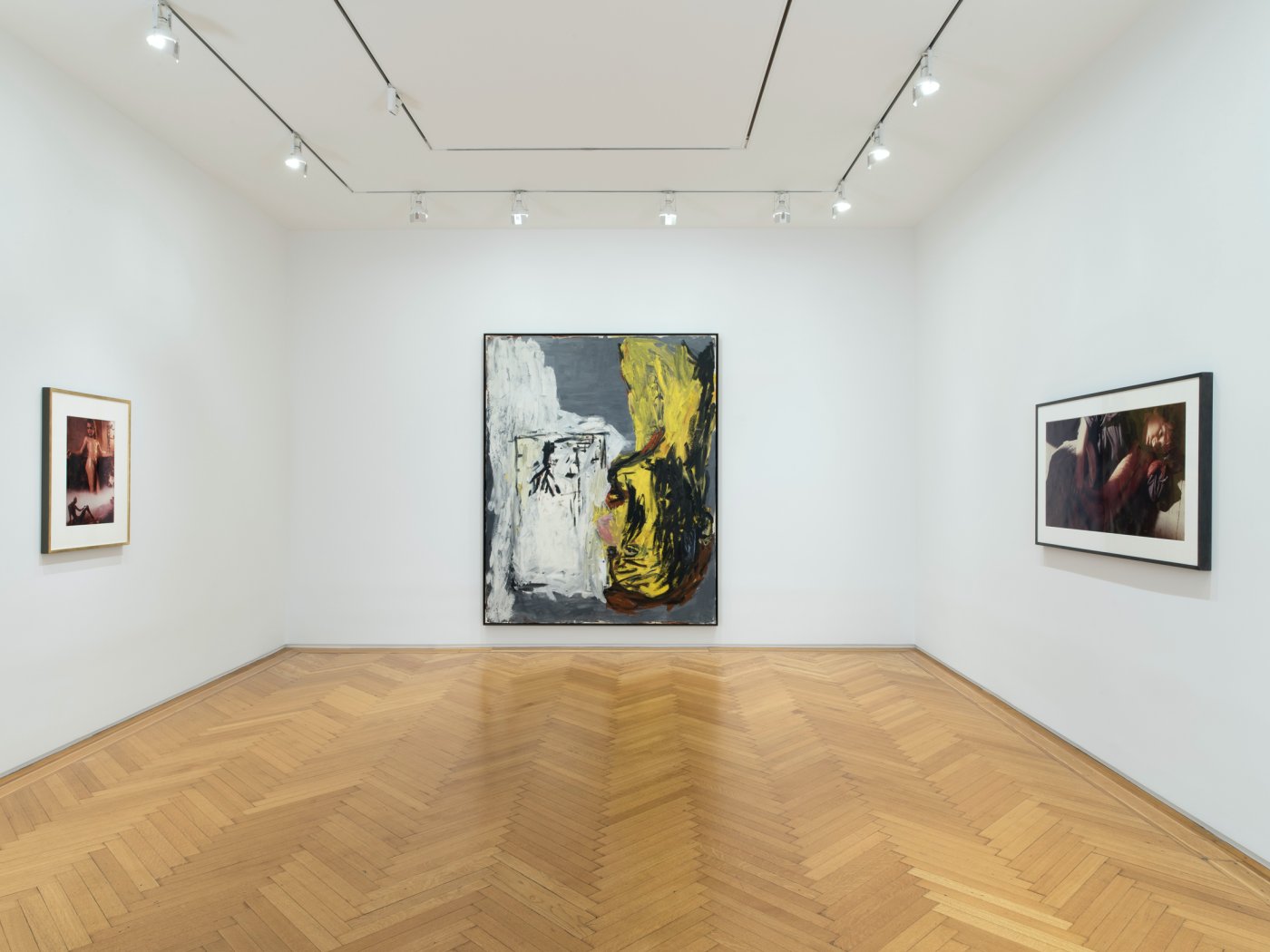 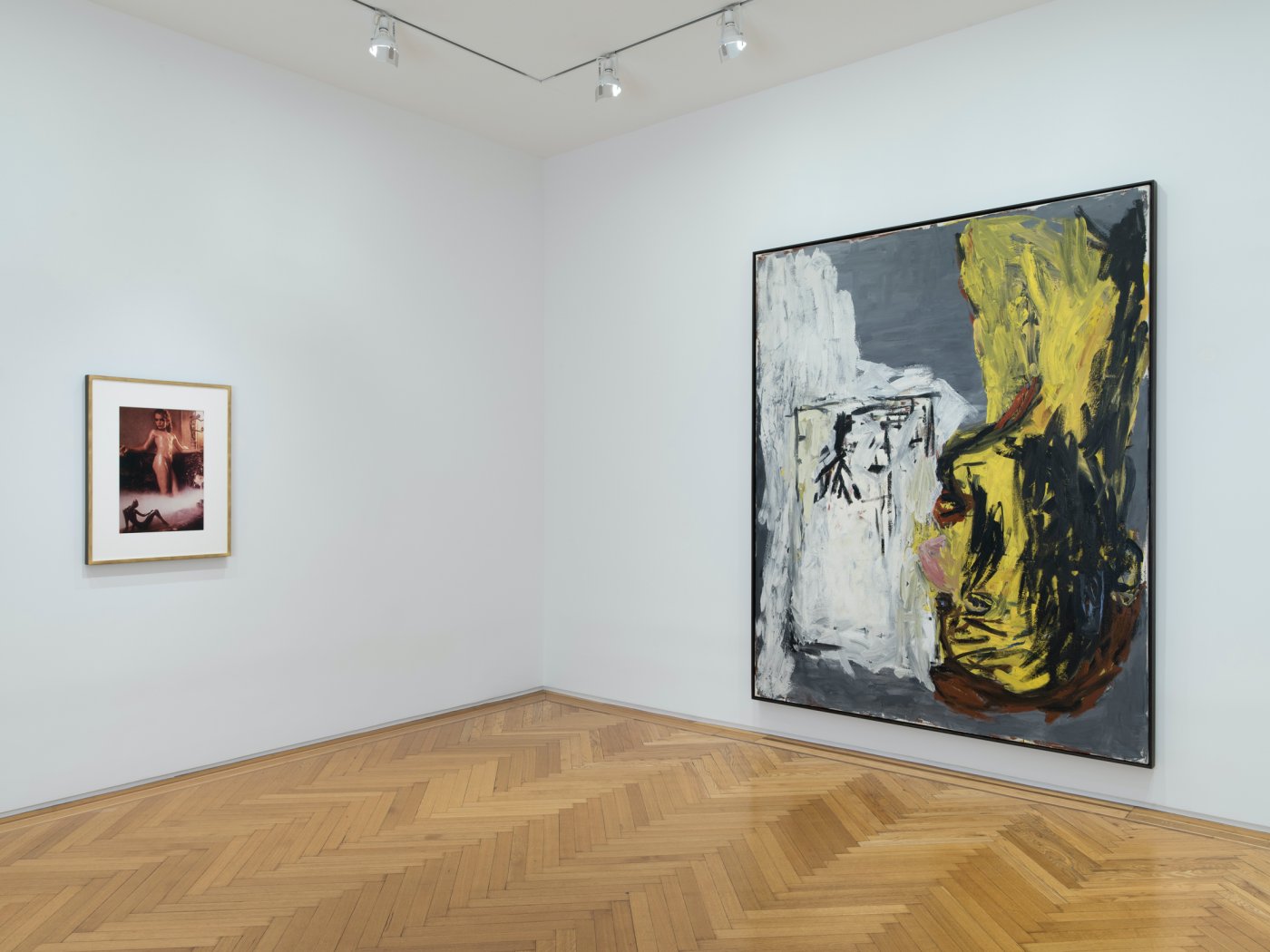 Gazing upward, the slender Eli Lotar (photographer and frequent sitter for Alberto Giacometti) is depicted in the famed sculptor’s final work, Buste d’homme assis (Lotar III). A sculptor of faces, figures, and gestures, Giacometti typifies this tripartite of artist, model and representation within the posthumously cast bronze. As if a kneeling Egyptian pharaoh, the severe and somber Lotar sits resolutely, the once malleable pinches and chasms of clay articulating the artist’s last vision.

A fascination with flesh and figure, de Kooning, strongly influenced by Giacometti – likely having seen the sculptor’s work as early as 1948 in the Pierre Matisse Gallery in New York – incorporated the same modes of perspectival shifts, space and texture. In her analysis of de Kooning in relation to Giacometti, art historian Rosalind Krauss writes, “De Kooning’s own Head #3 (1973), with its rugged surface and incompatible points of view echoes what Sartre had written about the presence of the sculptor as the ambient point of view” (Krauss, Willem de Kooning Nonstop: Cherchez la Femme, 2016, p. 52). Krauss referencing Jean-Paul Sartre’s essay on this same 1948 exhibition for Giacometti, connects not only the two artist’s centrality on the human figure, but even more so in the way they are represented spatially and conceptually.

This spatial evaluation of both faces and figures was masterfully upturned by Picasso – Le Peintre, 6 February 68 ­champions the spirit of a musketeer, utilizing the model of a 17th century cavalier to transform himself into this image of a valiant painter. Picasso engages simultaneously with the past and present and embodies all three components of artist, model, and representation, stating, “movement of the painting, the dramatic effort from one vision to the next, even if the effort is not carried through. I have reached the stage where the movement of my thought interests me more than the thought itself” (Picasso in K. Gallwitz, Picasso Laureatus, 1971, p. 166).