Galerie Chantal Crousel presents À bâtons rompus, the new solo exhibition of Fabrice Gygi. The artist presents a set of new watercolors and paintings, thus creating continuity in his exploration of watercolor on paper, and rupture, by the choice of a medium new to him, oil on canvas. 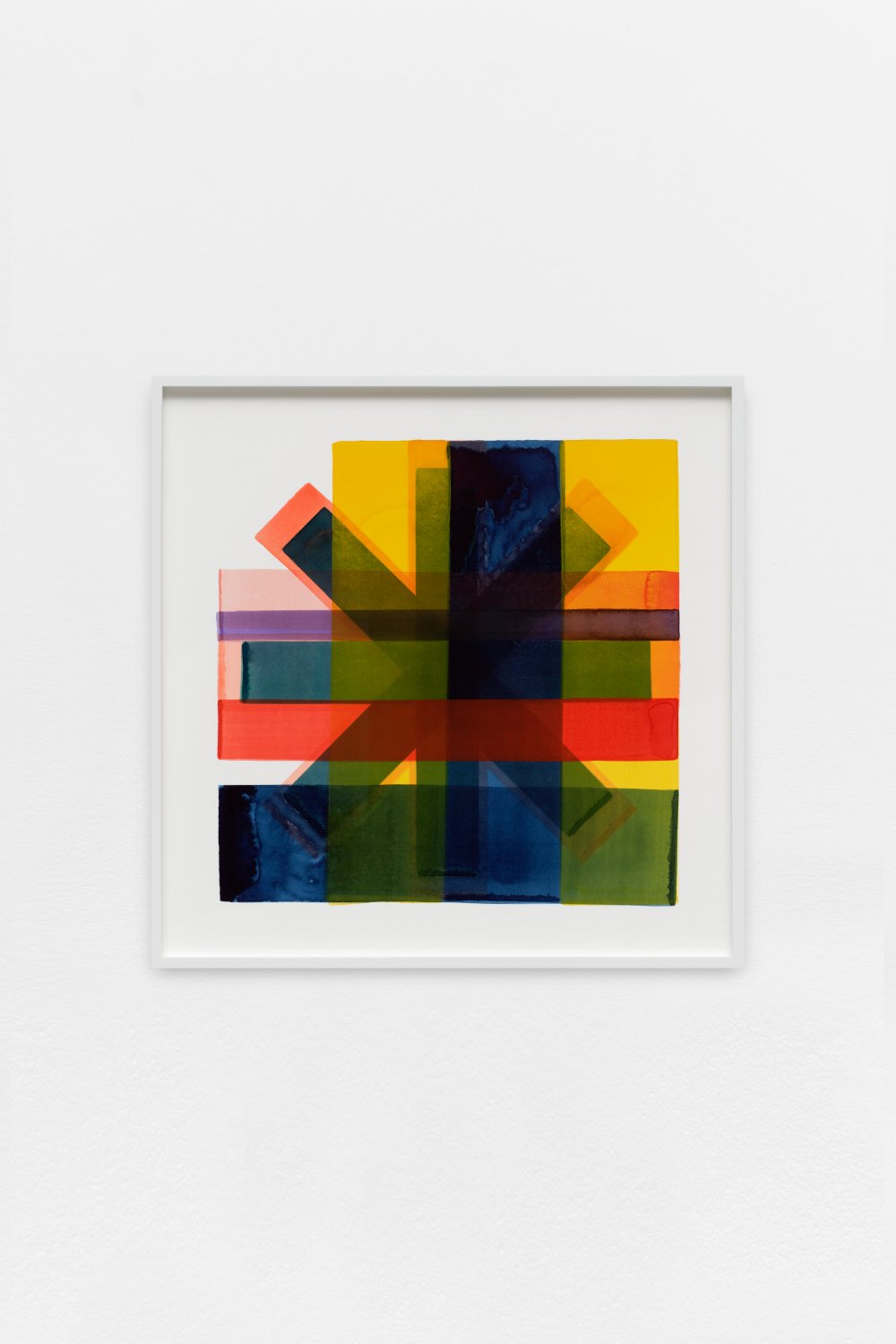 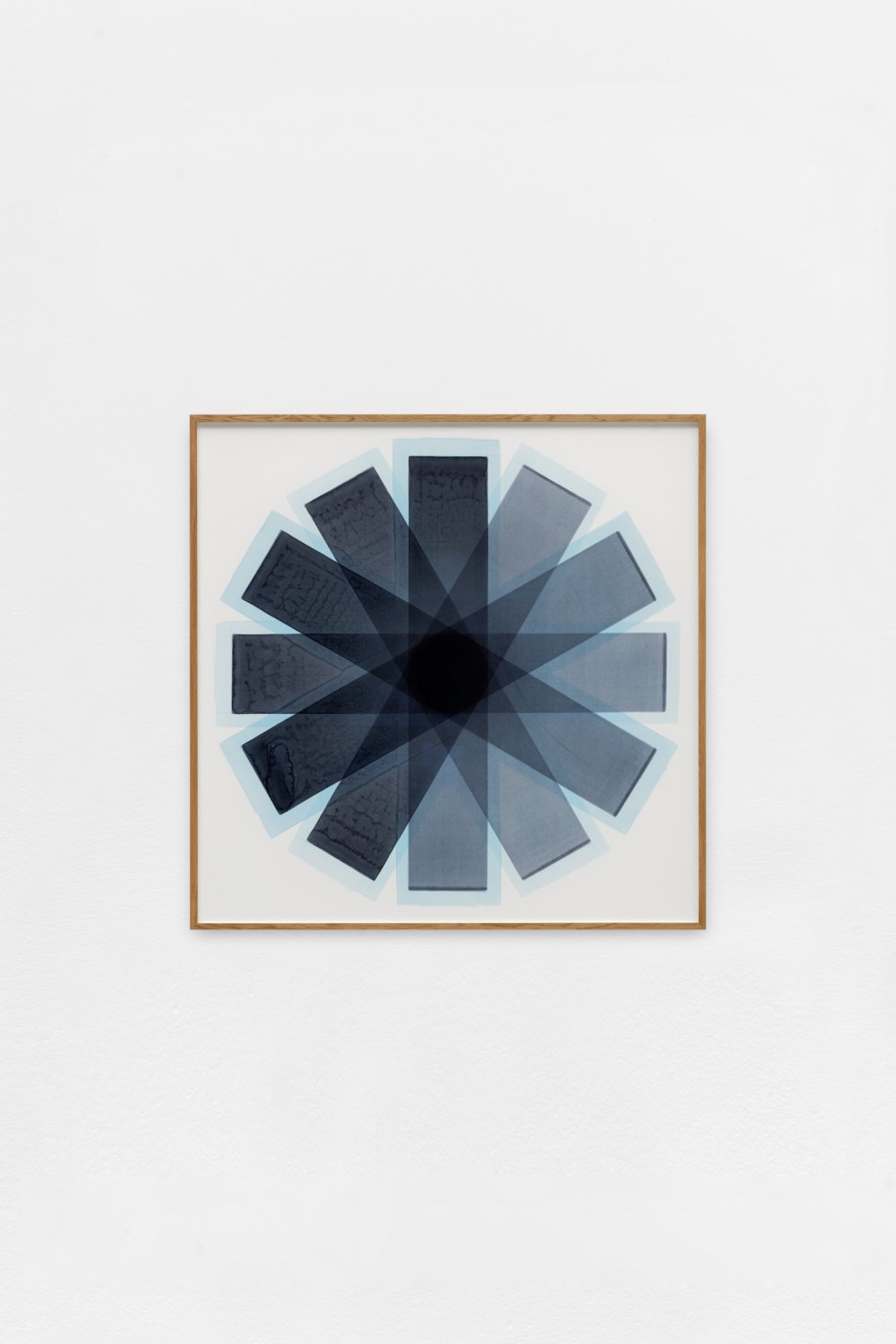 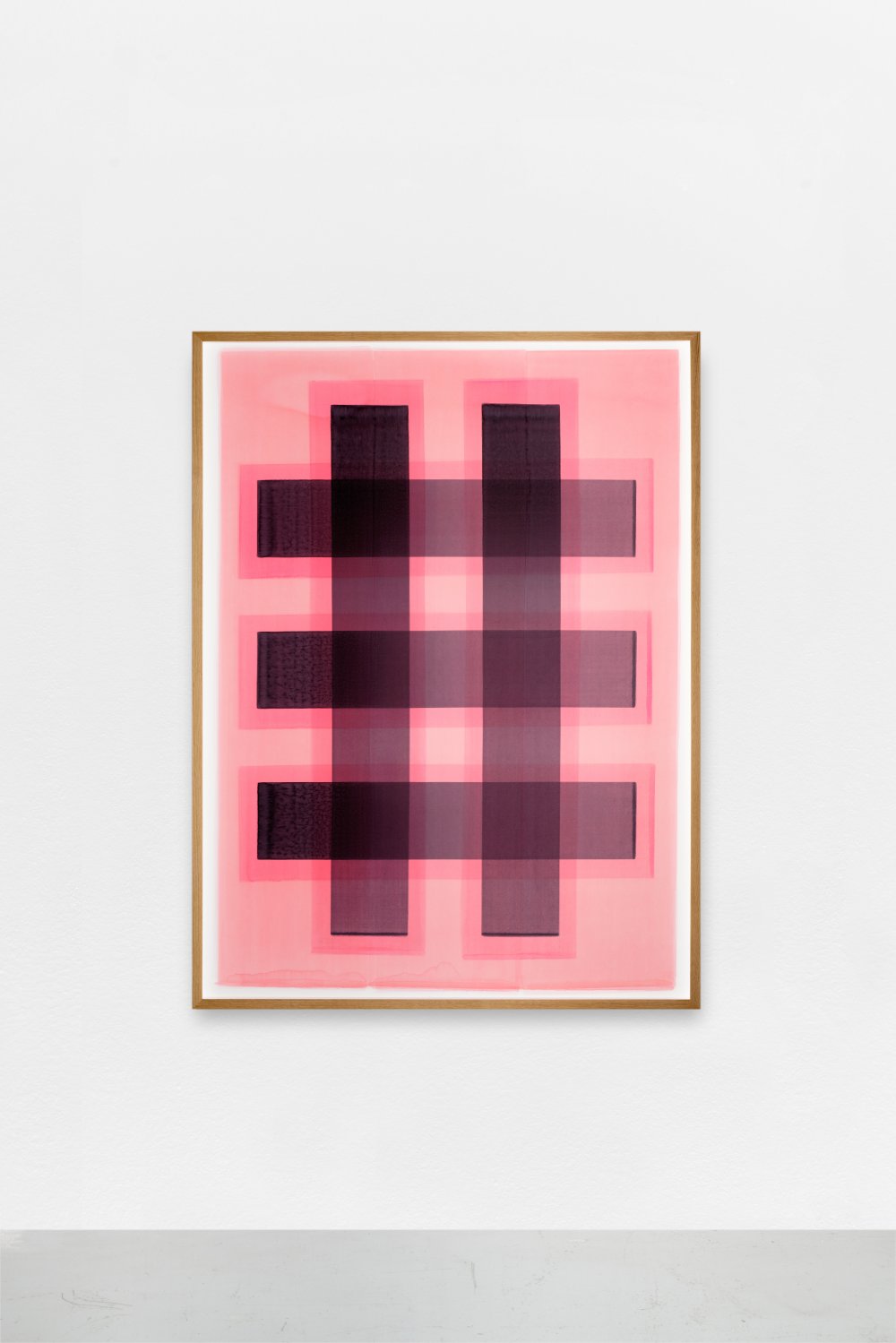 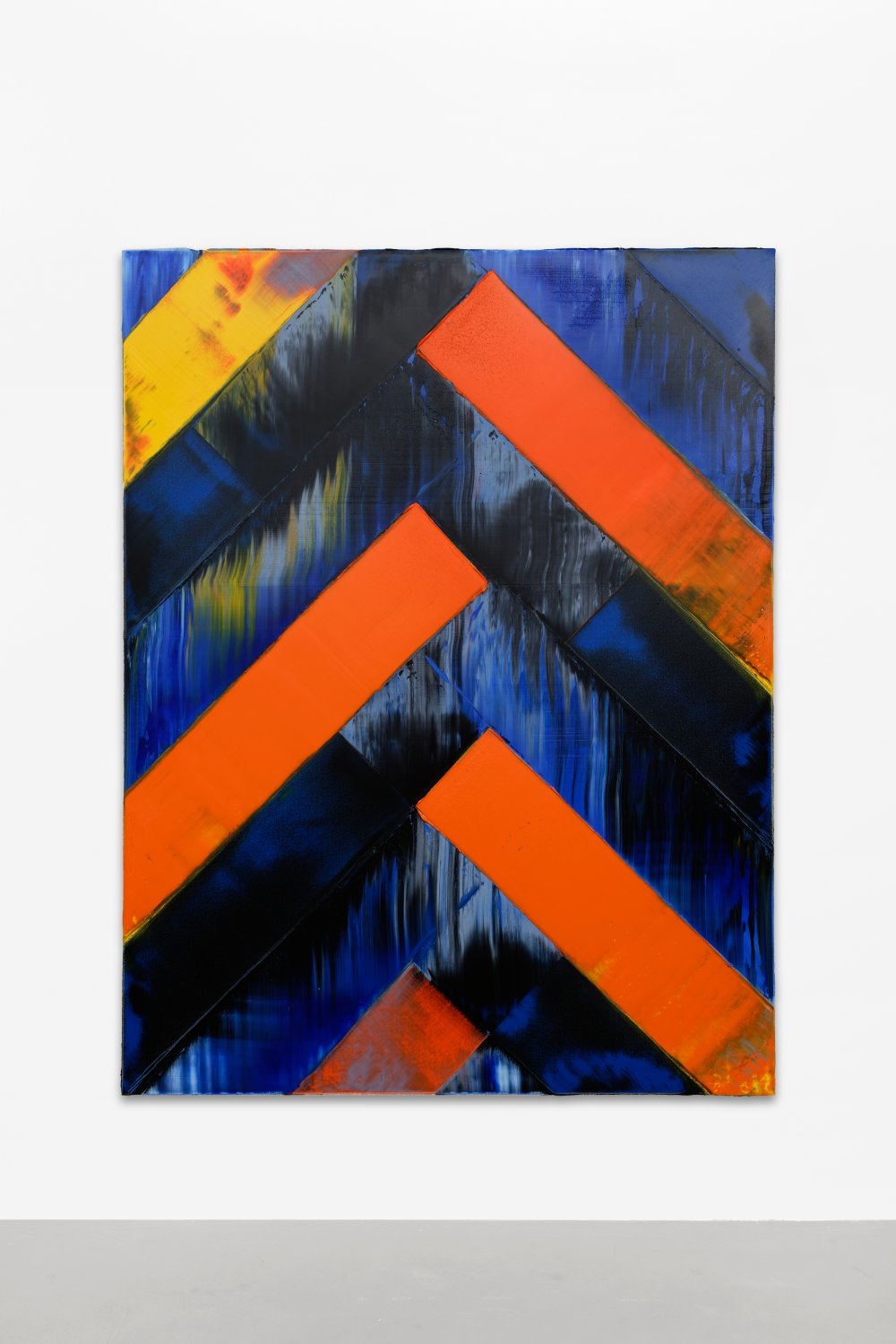 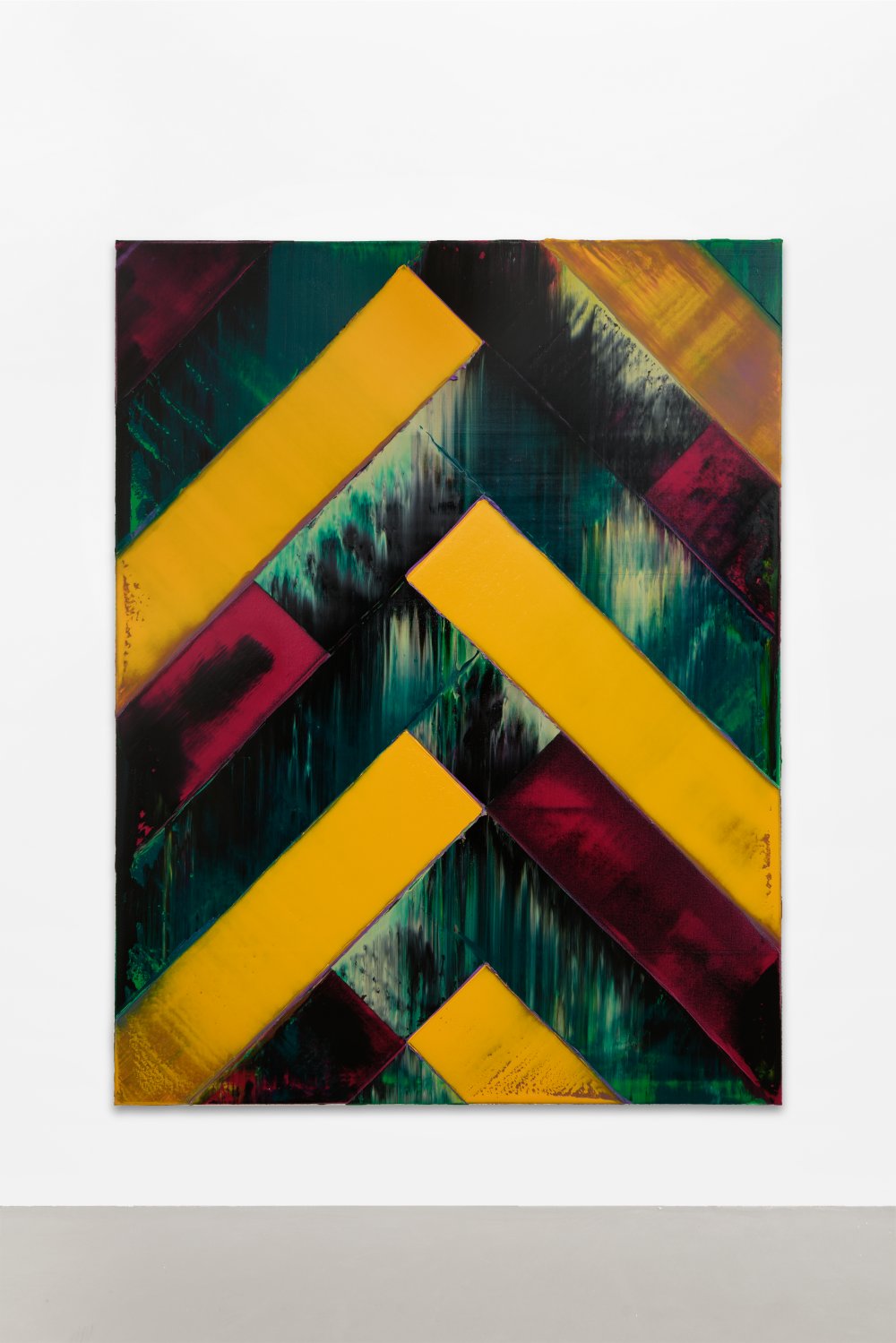 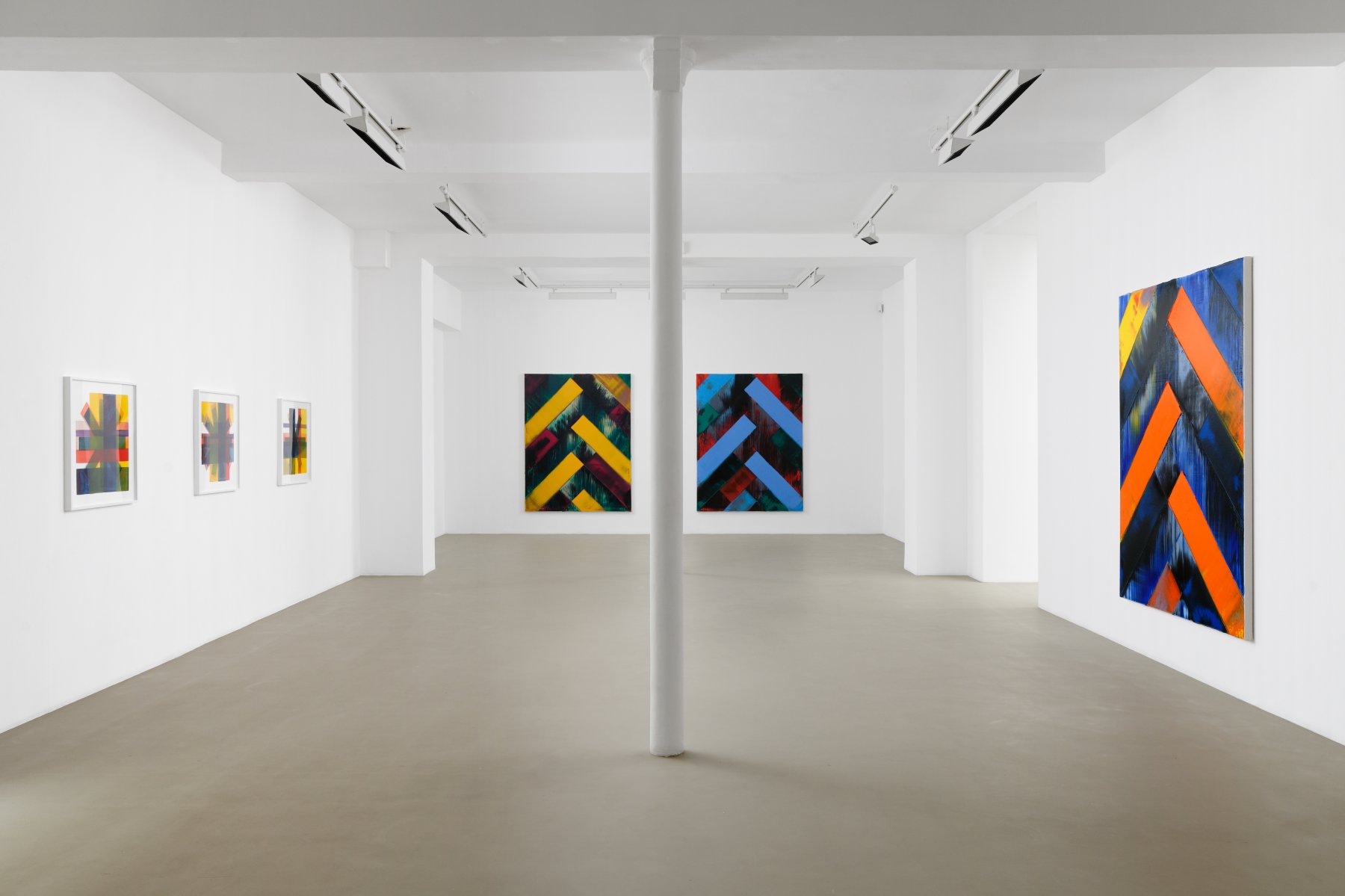 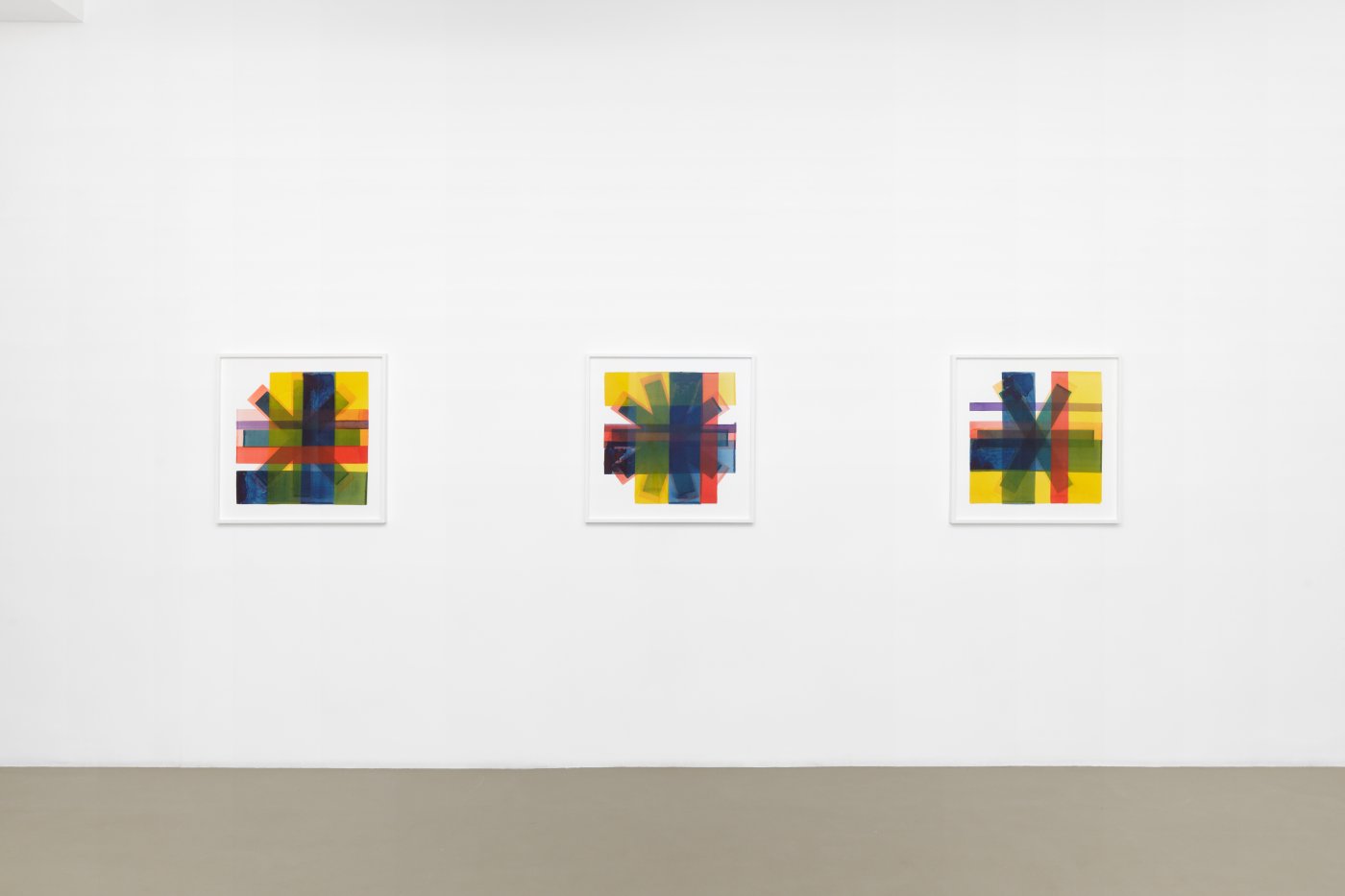 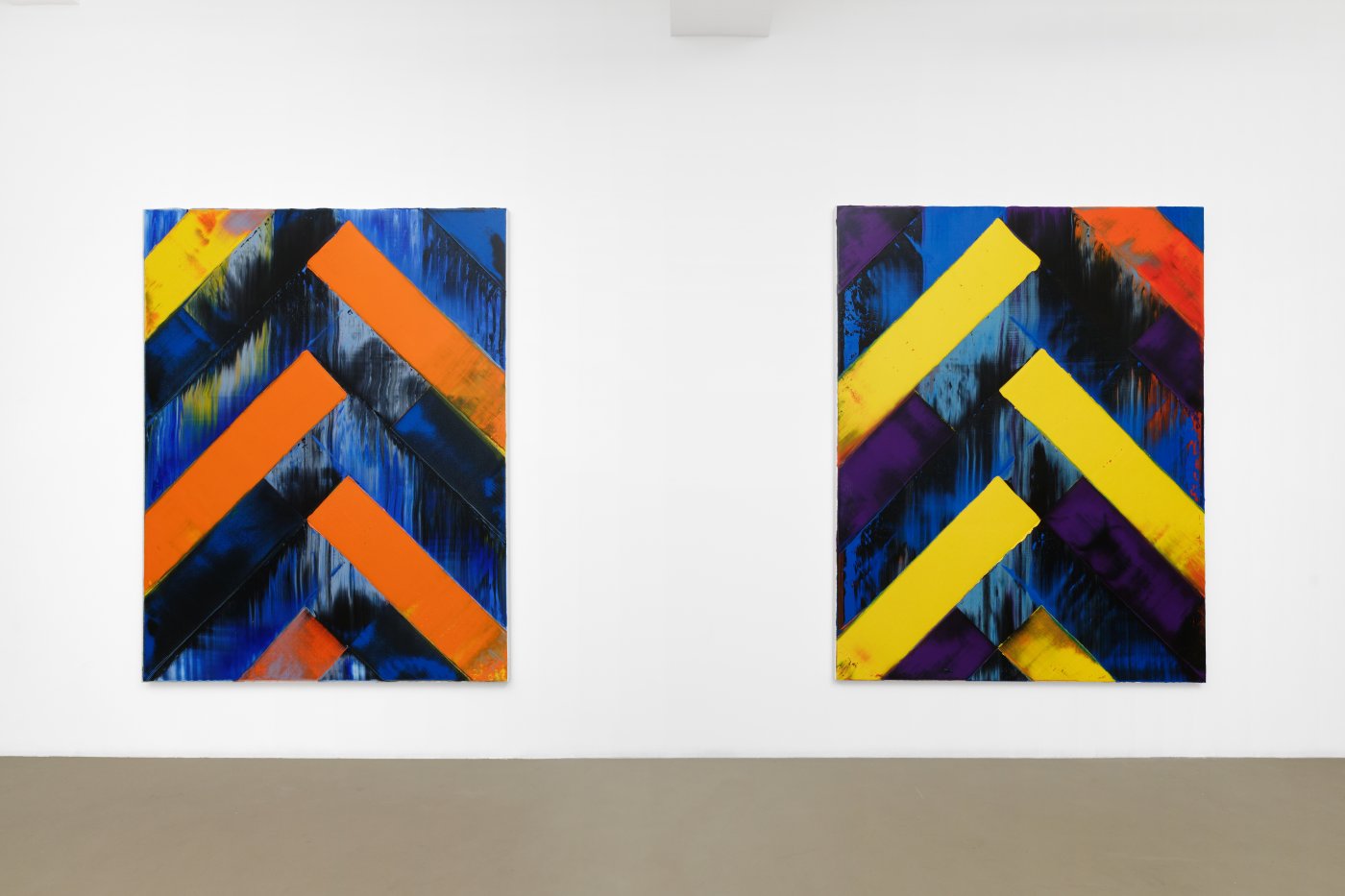 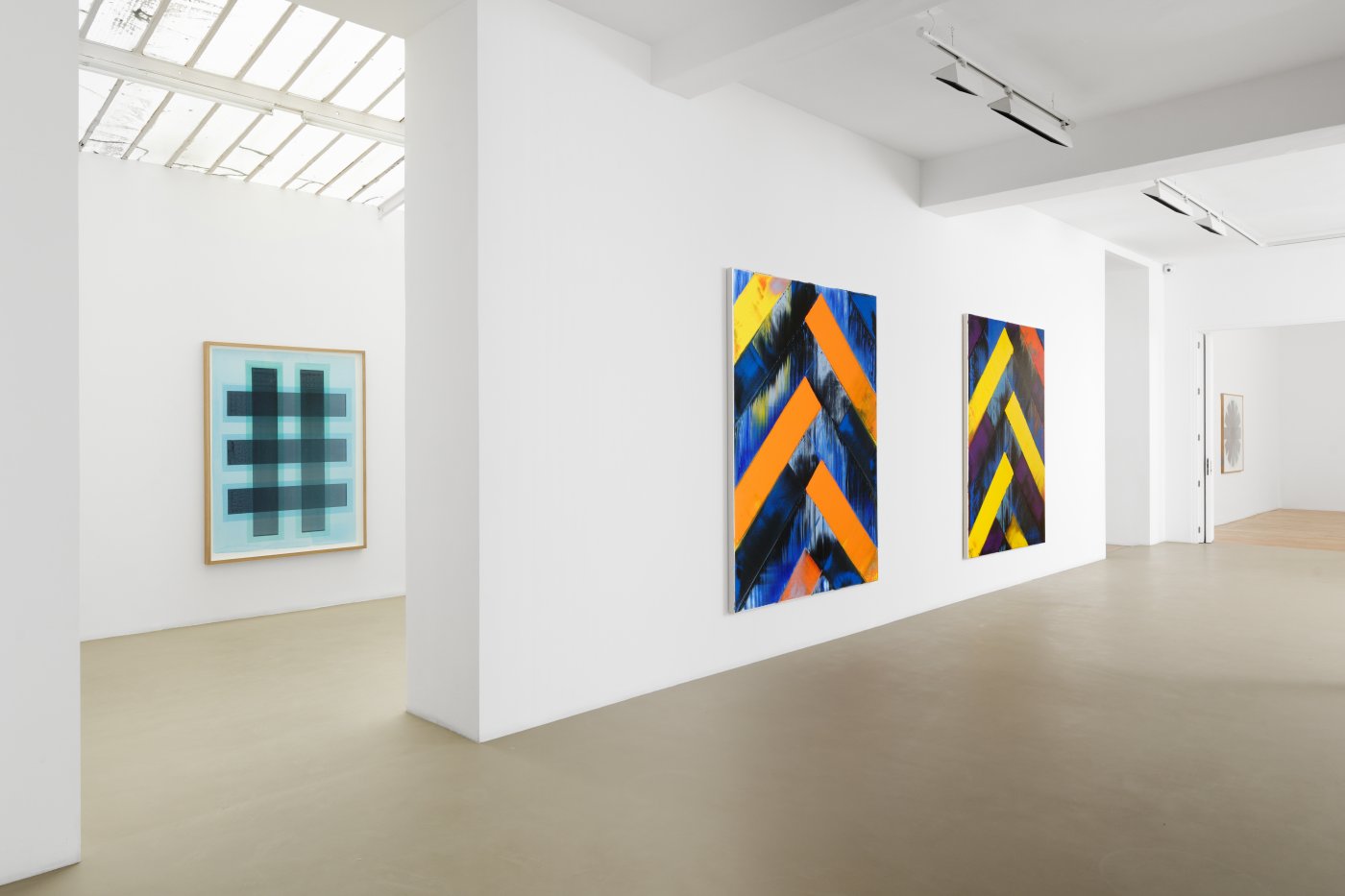 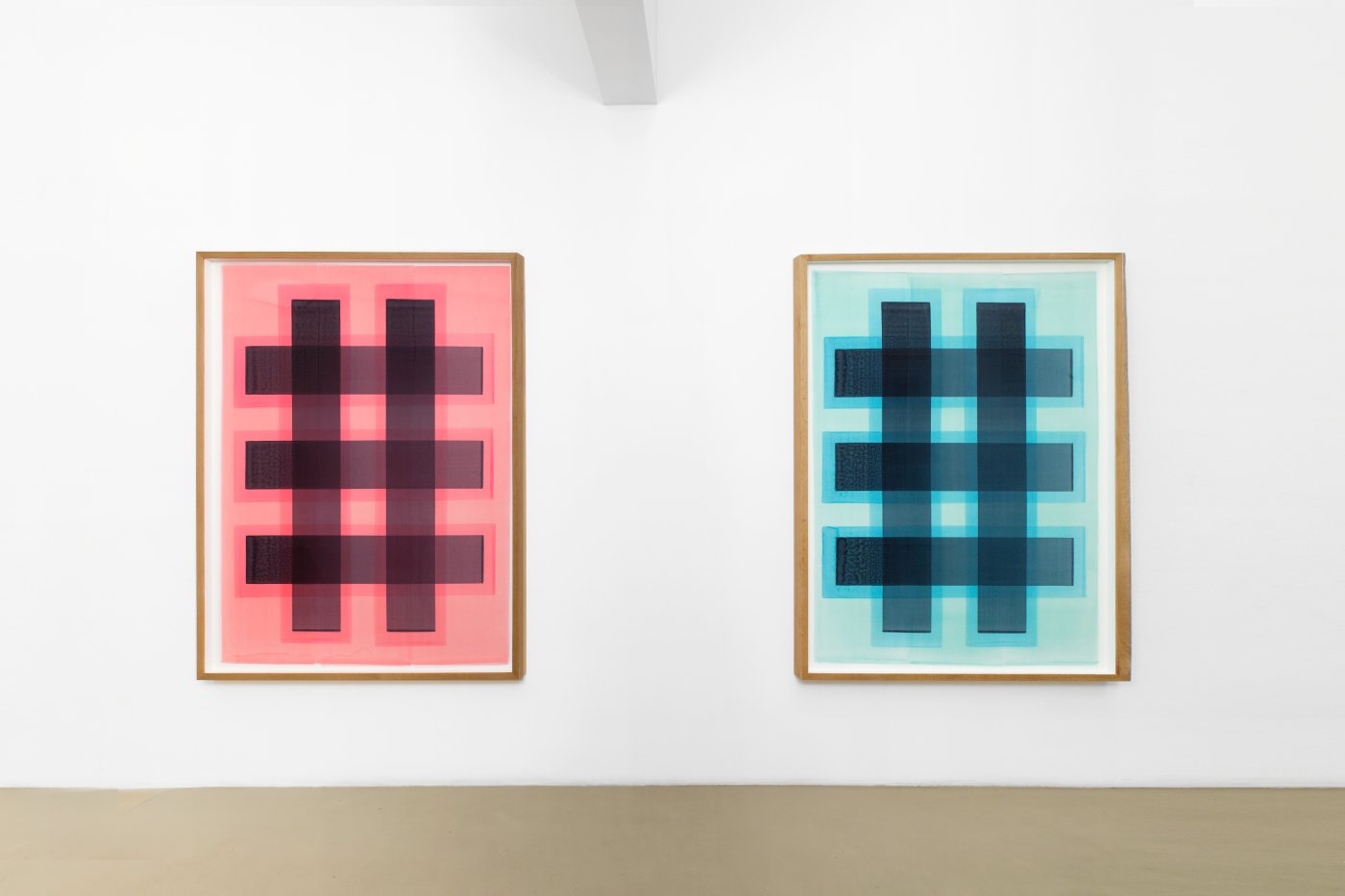 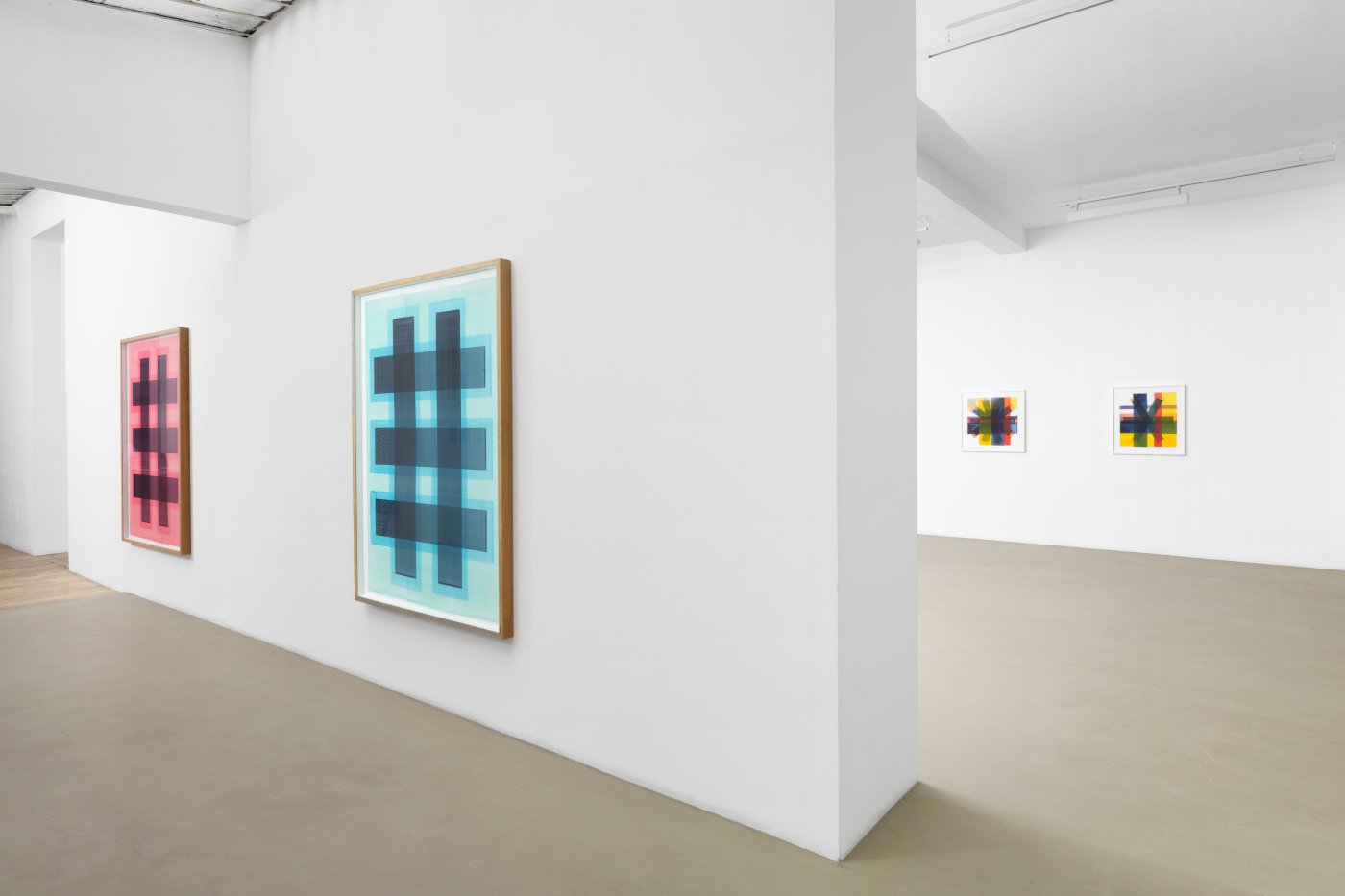 Fabrice Gygi continues the series of watercolors initiated in 2018, in which the line is at the center of his work and his reflection. He presents several works on paper taking up the motif of the grid and the star. Painted in dark gray on pastel- colored backgrounds, they assert the presence of the motif in the center of the sheet. Other watercolors, in bright primary colors, still use the grid motif, while provoking its destructuring. The lines intersect in a tangle of shapes and colors whose center, the vanishing point which structures the composition, escapes us. Fabrice Gygi’s watercolors recall Rosalind Krauss’s centripetal reading of the grid, which leads “from the outer limits of the aesthetic object to the inside”, whose edges left voluntarily blank are “a representation of everything that separates the work of art from the world” (1).

The breakdown of the grid leads Fabrice Gygi to creating oil paintings on canvas, a new technique which he experiments with in a series of five paintings. He likens this transition to “a Saint Bartholomew’s Day”, referring to the end of the rigidity, measure, and matte aspect of watercolor, replaced by the excess of the generous and brilliant material of oil paint. Moreover, the renunciation of the right angle for that of forty-five degrees no longer suggests a clear cut, but the crossing of swords, the raised finger of authority, the cannon ready to fire or the erectile position of the male sex. The martial image is corroborated by the artist’s account of the creative process as a physical struggle with his large-format canvases and thick layers of material worked with a trowel. The lines, which intersect and interrupt each other, visually render the jerky rhythm of a broken conservation. They escape beyond the limits of the frame, decentering the canvas and erasing the motif: the work is only a small part of the world which surrounds it, whose events the artist has absorbed and retransmitted onto his support. In contrast to the centripetal reading of the grid, the oil paintings on canvas correspond to a centrifugal vision, where the work “forces us to recognize the world beyond the frame” (2).

His works are in the collections of numerous institutions, including the MAMCO in Geneva, the Mudac in Lausanne and the Migros Museum in Zurich (Switzerland); the MKHA in Antwerp (Belgium); the Magasin 3 in Stockholm (Sweden); the Centre Pompidou and the FRAC Île-de-France in Paris, the FRAC Normandie in Rouen and the Centre national des arts plastiques (France).

After having been a professor at the ECAL in Lausanne, Fabrice Gygi now teaches at the Haute École d’art et de design (HEAD) in Geneva.