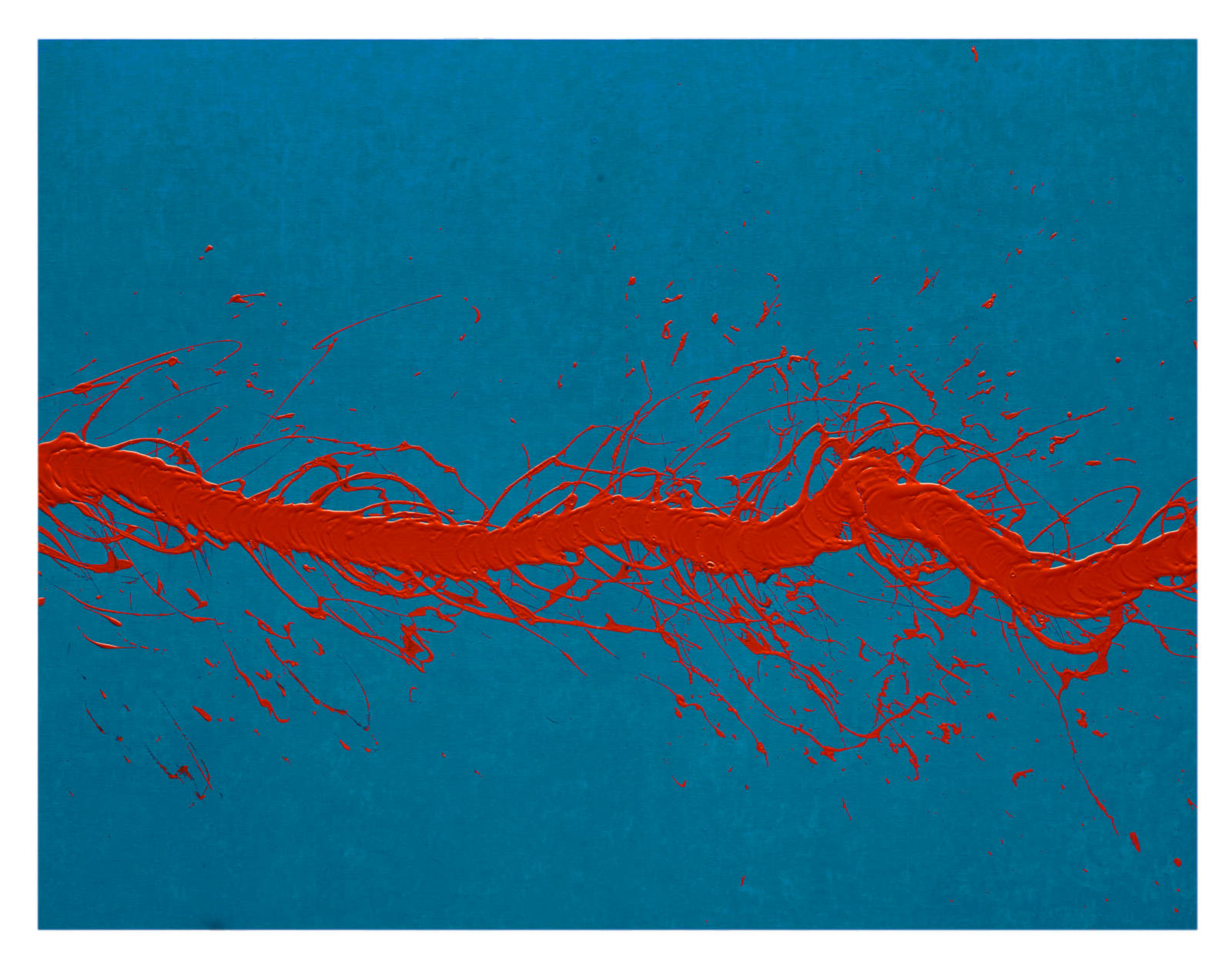 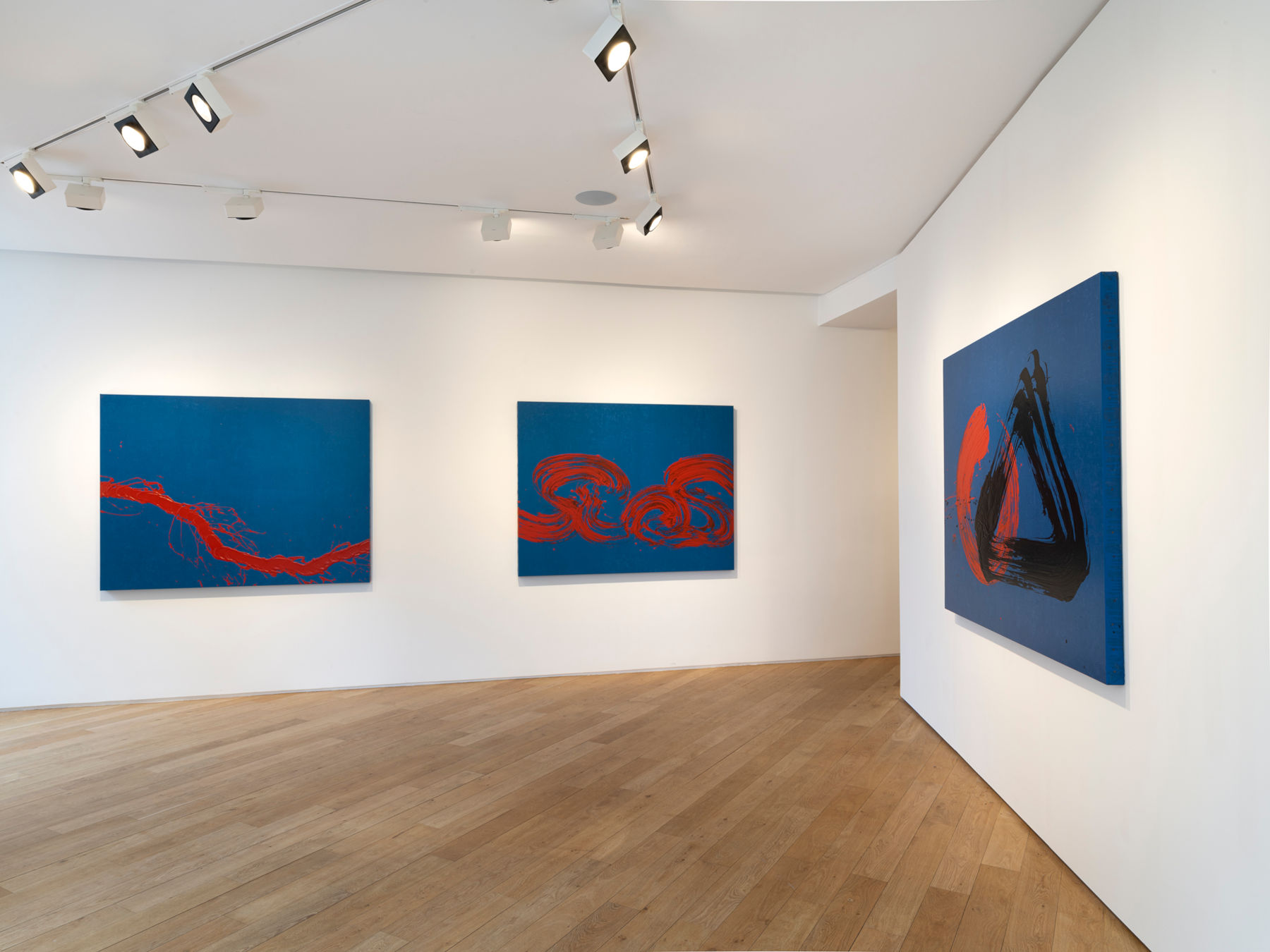 Most of Fabienne Verdier’s paintings are large format. Life size, they are reflecting her body in movement. Typically, a painter sits at her easel on her stool, painting signs that are the abstract image of things seen from afar. Fabienne Verdier has shattered this approach. Her paintings are the real and immediate trace left on the canvas, itself placed on the floor, of the dance of her body which guides the giant, hanging paintbrush, laden with its weight of pigment.

The method is similar to that of Jackson Pollock, but on another scale. Far from the spidery dripping of the American, this is a telluric force at work. Of course, this gesture does not come out of nowhere, but neither does it mimic any pre-existing form. It is inspired by the natural forces that surround us, lightning in the sky, currents in a river, the vein of a rock, the twist of a branch, the burst of a bud, an entire living or static world. These charge the spirit and the body of the painter, move her and course through her until she expels, like a volcano with its lava, the energies bubbling inside her.

It would have been paradoxical and misleading to try and translate in postage-stamp size such a physical and mental experience. That is why rather than making an integral but miniaturised version of her painting, the artist preferred to magnify a detail which preserves the energy and the vital flows that gave rise to the original work. To decide on the final painting chosen for the postage stamp, Fabienne Verdier produced 12 pieces of work. This research is presented here in its entirety.

Fabienne Verdier was born in Paris in 1962. Her work is regularly exhibited in Europe and Asia and features in a number of collections, including the MNAM Centre Pompidou (Paris), the Bayerische Staatsgemäldesammlungen (Munich) and the Hubert Looser Foundation and the Kunsthaus in Zurich. The Musée Granet in Aix-en-Provence has extended its retrospective of her work. Fabienne Verdier, Sur les terres de Cézanne has proven such a success it now runs until 5 January 2020.