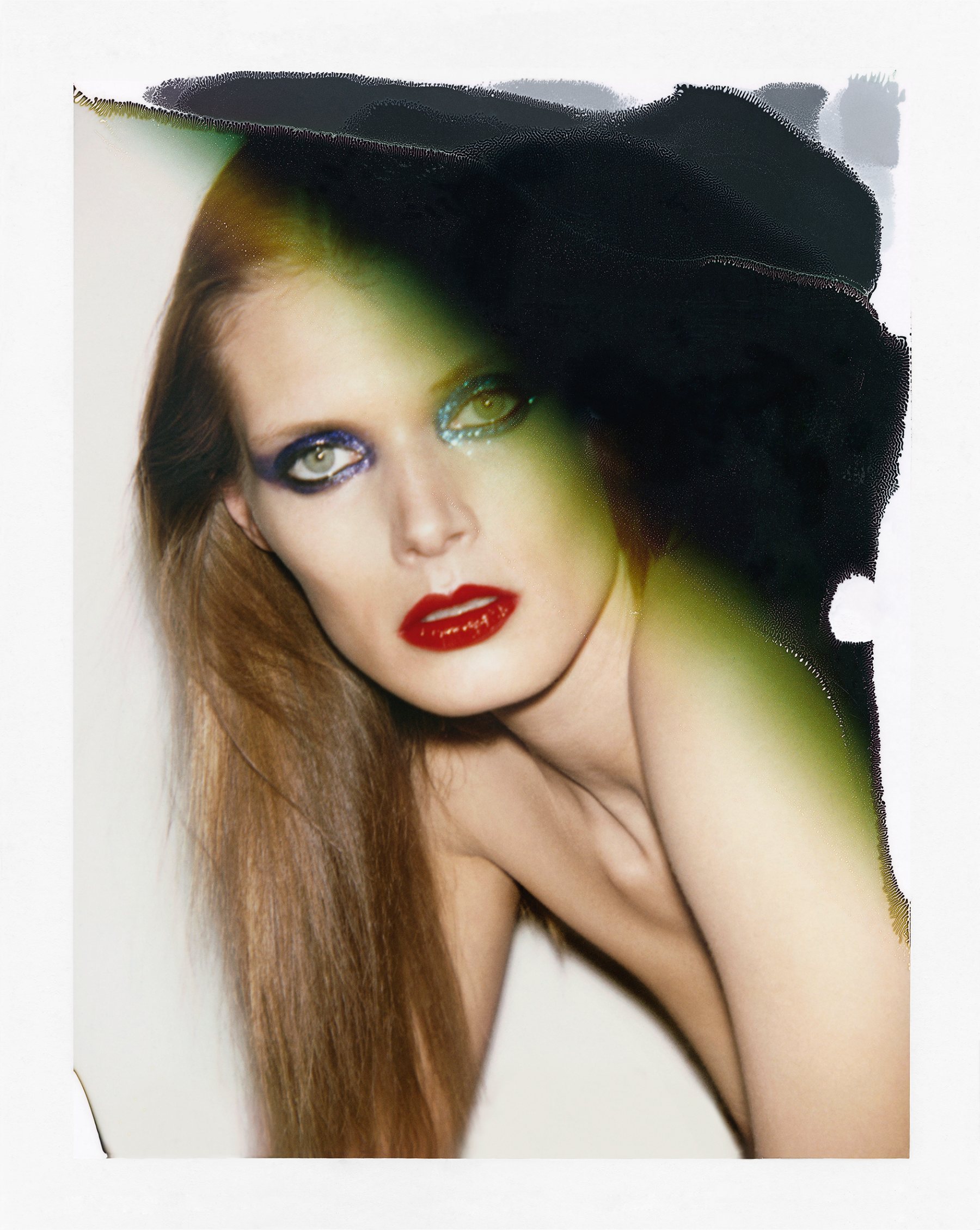 Featuring portraits spread across Galerie Gmurzynska’s spaces at Paradeplatz and Talstrasse in Zurich, the exhibition will survey the career of a legendary figure in the fashion and art worlds, working as a photographer, an art director, a designer, and as a publisher of Self Service magazine.

“I am old school, pre-digital, and I learned how to make everything from scratch. My father and grandfather were in this business, and the mentors I worked with taught me about attention to detail.” – Ezra Petronio

The show focuses on Petronio’s unique use of the Polaroid – a medium pioneered by Andy Warhol and Lucas Samaras – by using only a Land camera and FP-100 Polaroid Films by Fuji, creating unique portraits of some of the most influential personalities of the last three decades, chronicling and archiving the seminal shifts in arts and culture.

This two-part exhibition provides two countervailing, visceral experiences of Petronio’s portraiture. One room displays 120 unique, intimate Polaroids of a dazzling constellation of cultural icons, collectively presenting an almost overwhelming sense of being in uniquely close proximity to this radical pantheon of thinkers and creators. The second gallery consists of works that push beyond the conventional Polaroid frame with expanded sizes that emphasize the material objecthood of analog textures and the deep pictorial qualities of Petronio’s chosen photographic techniques. Through diptych, triptych, collage configurations, he manifests these hyper-extensions of the qualities and of his portraits and creates transformative renderings of his subjects.

The exhibition will be accompanied by a fully illustrated catalogue with texts and an interview by Charlotte Cotton.

ABOUT EZRA PETRONIO
Born in New York in 1968, Ezra Petronio is among the most influential image-makers of his generation, whose work with leading fashion and beauty brands has resonated for more than 25 years. Based in Paris, Petronio is the founder and creative director of Petronio Associates, a multidisciplinary creative and strategic agency established in 1993. Over the past few decades, Petronio has worked alongside with the greatest minds of the fashion and creative industry – Karl Lagerfeld, Jil Sander, and Miuccia Prada to name a few – serving as an art and creative director for powerhouses such as YSL, Miu Miu and Chanel. Petronio began using Polaroid as a preferred medium for portraiture when he founded Self Service magazine in 1994, using a Land camera to document the characters and personalities featured in the magazine.