Eva Rothschild: Our Life, Our Sweetness and Our Hope

Eva Rothschild: Our Life, Our Sweetness and Our Hope 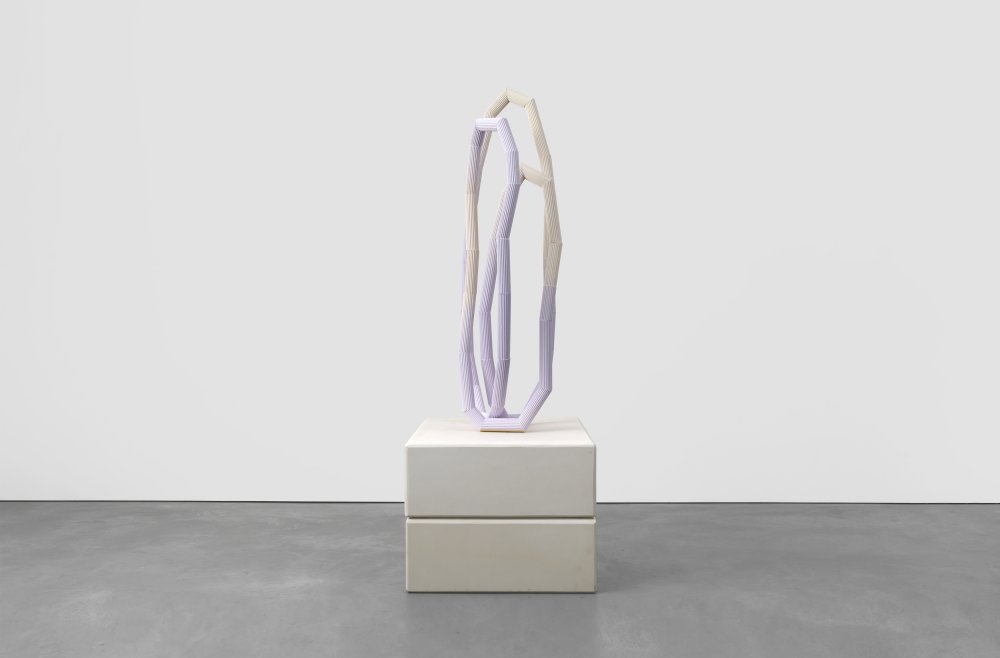 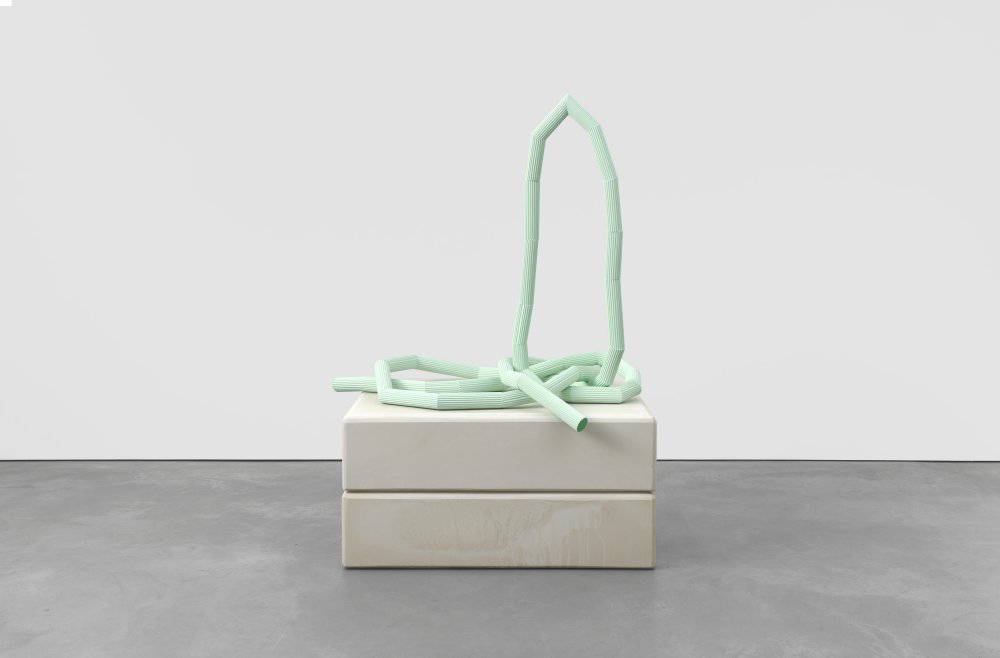 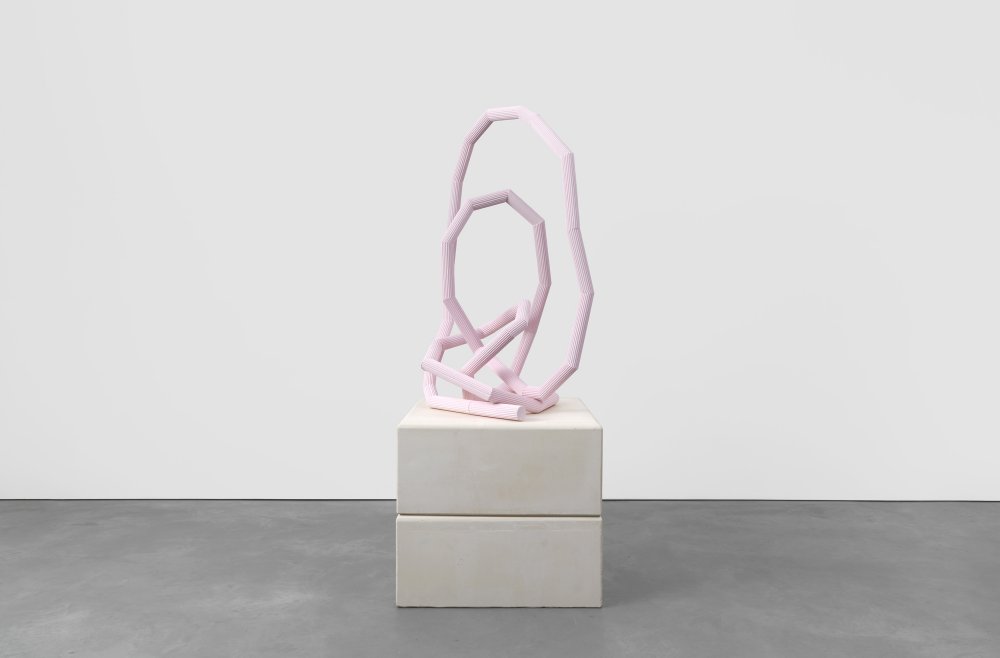 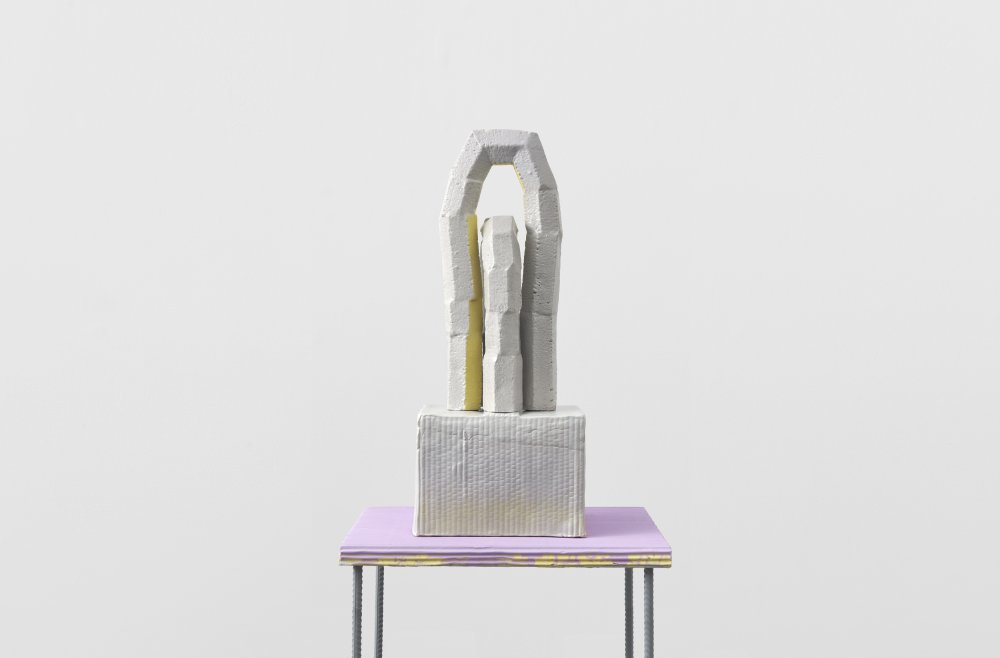 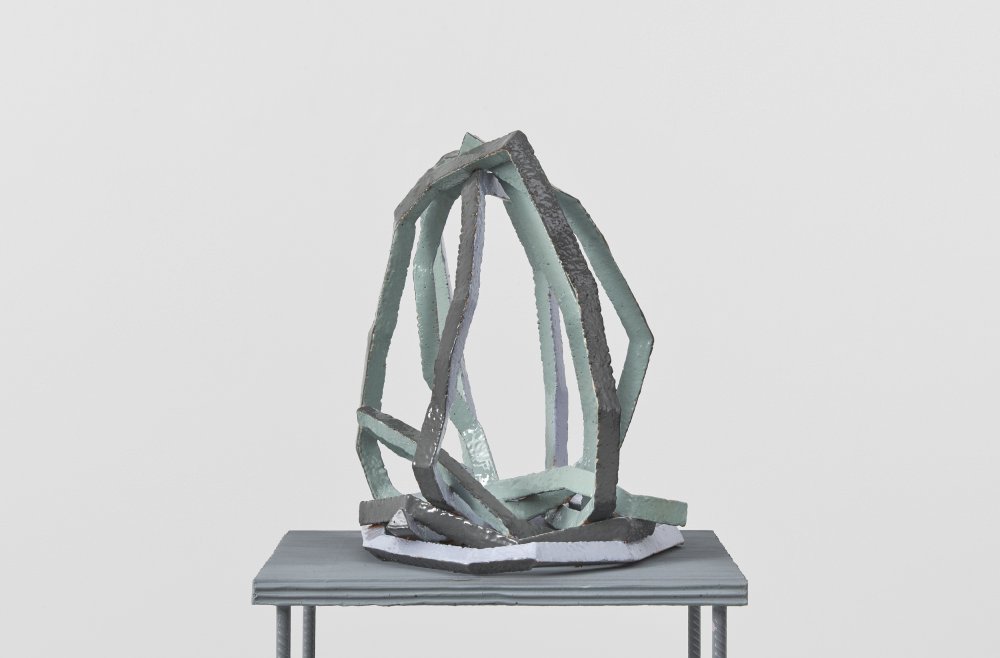 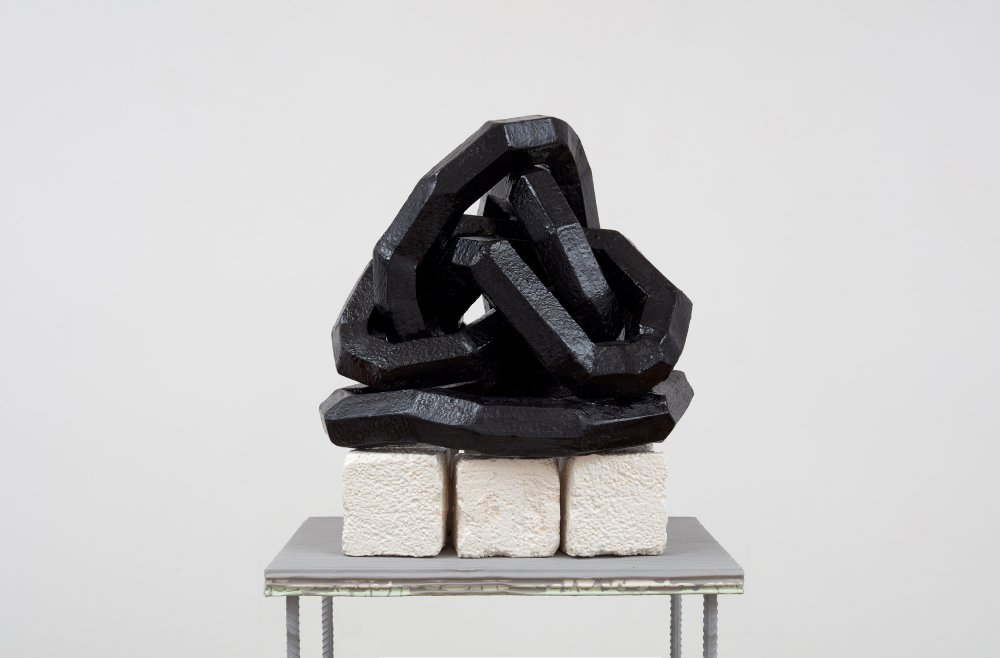 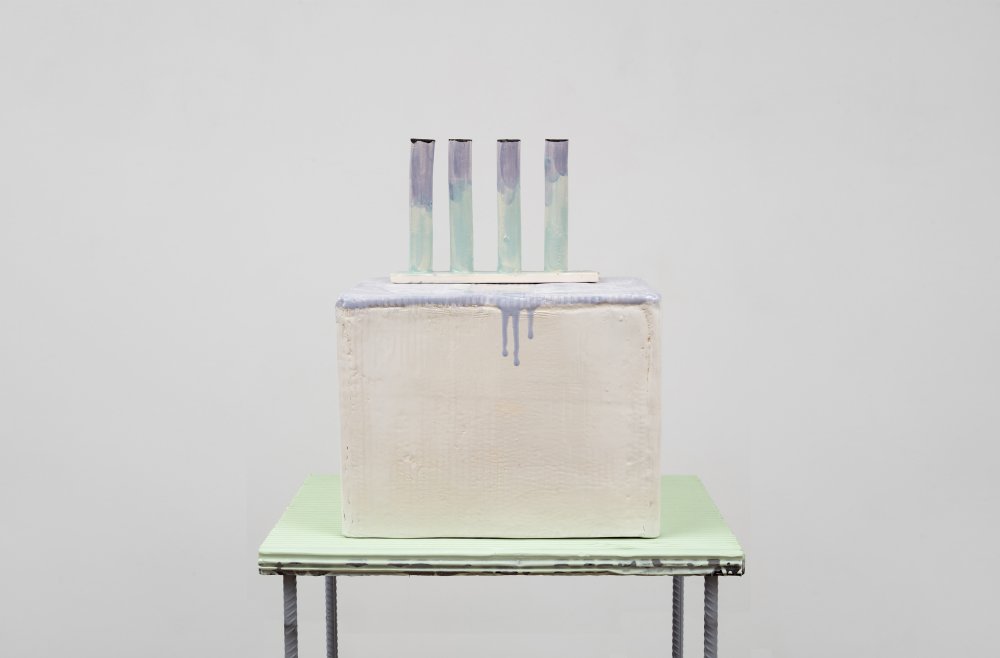 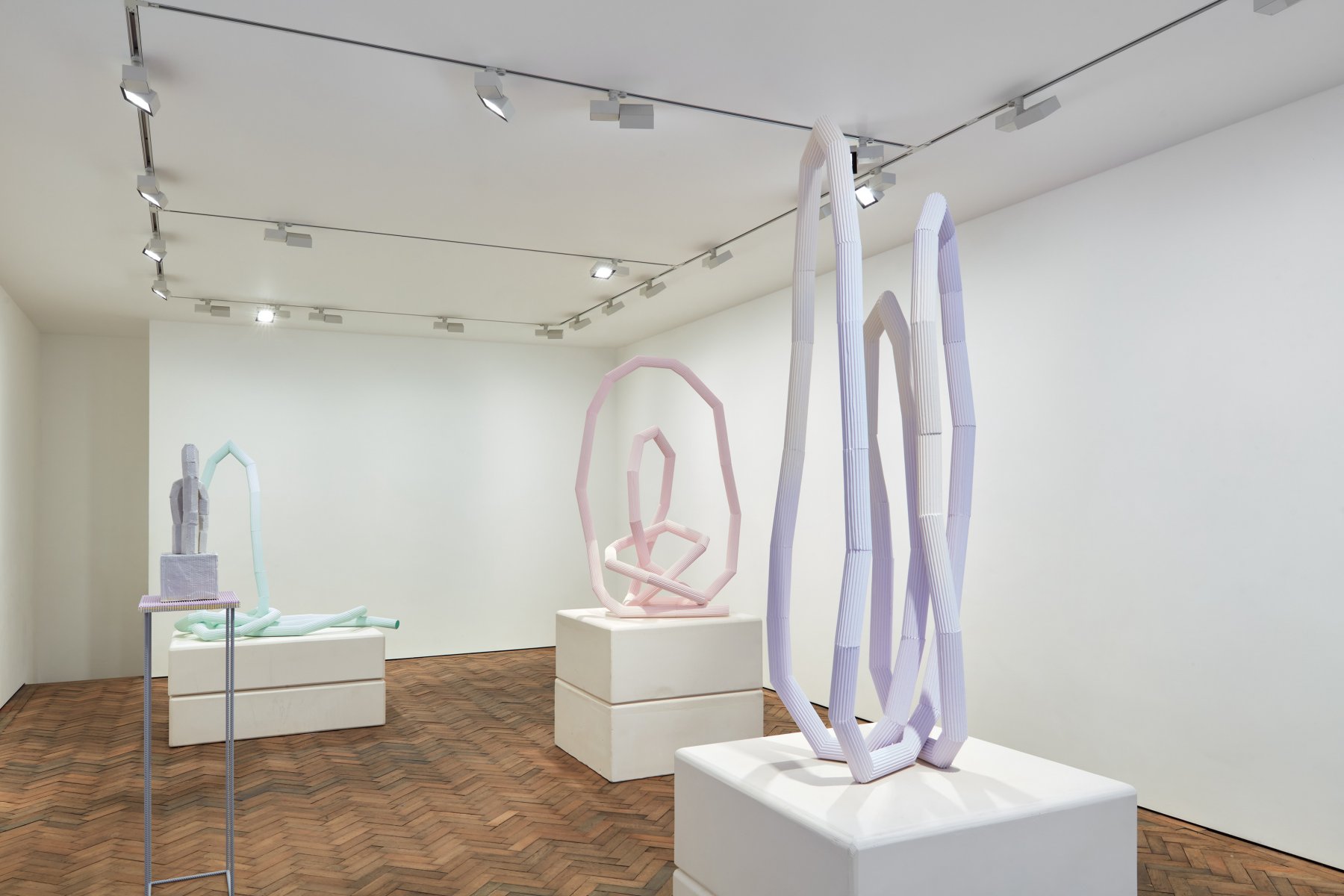 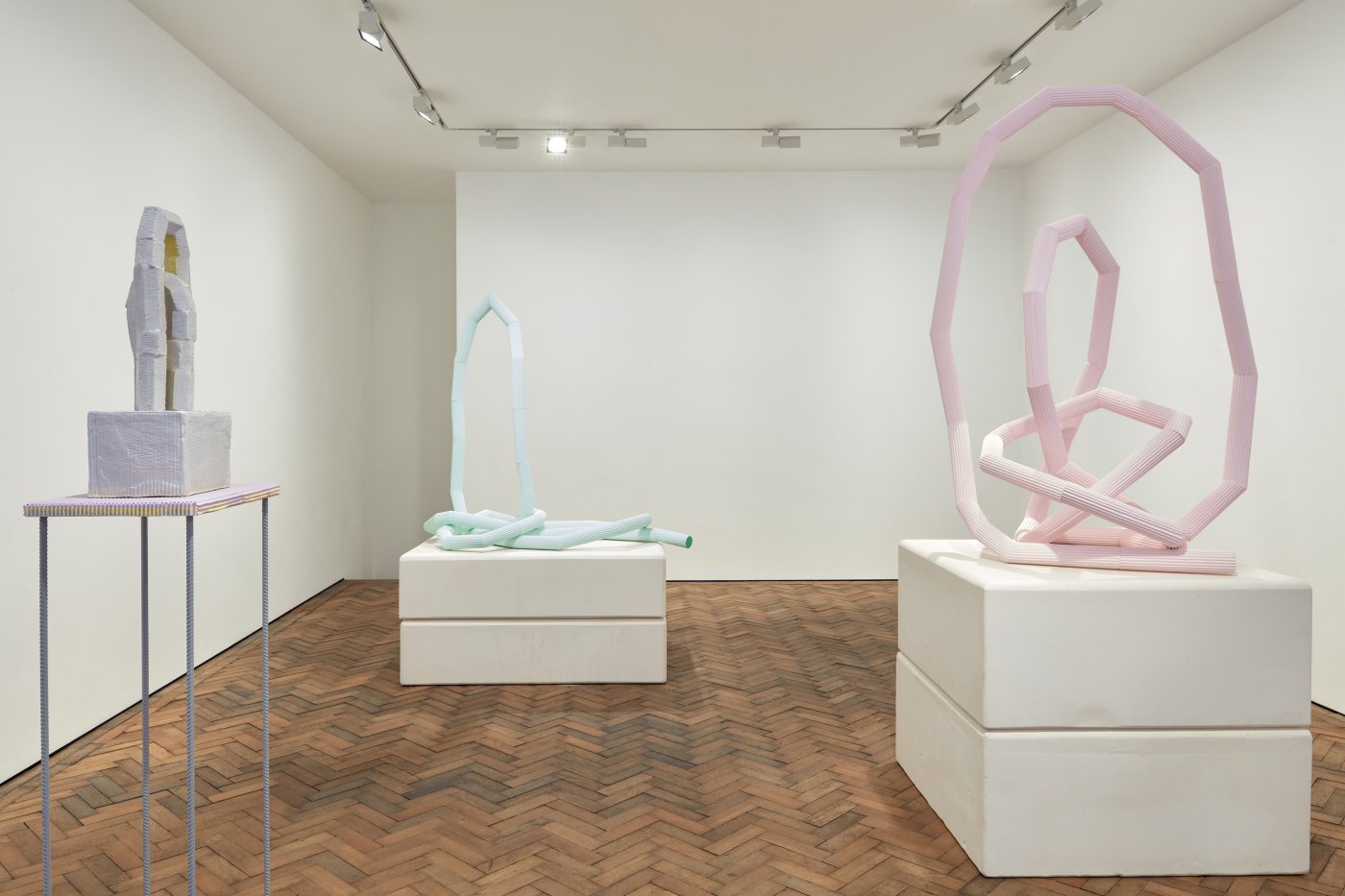 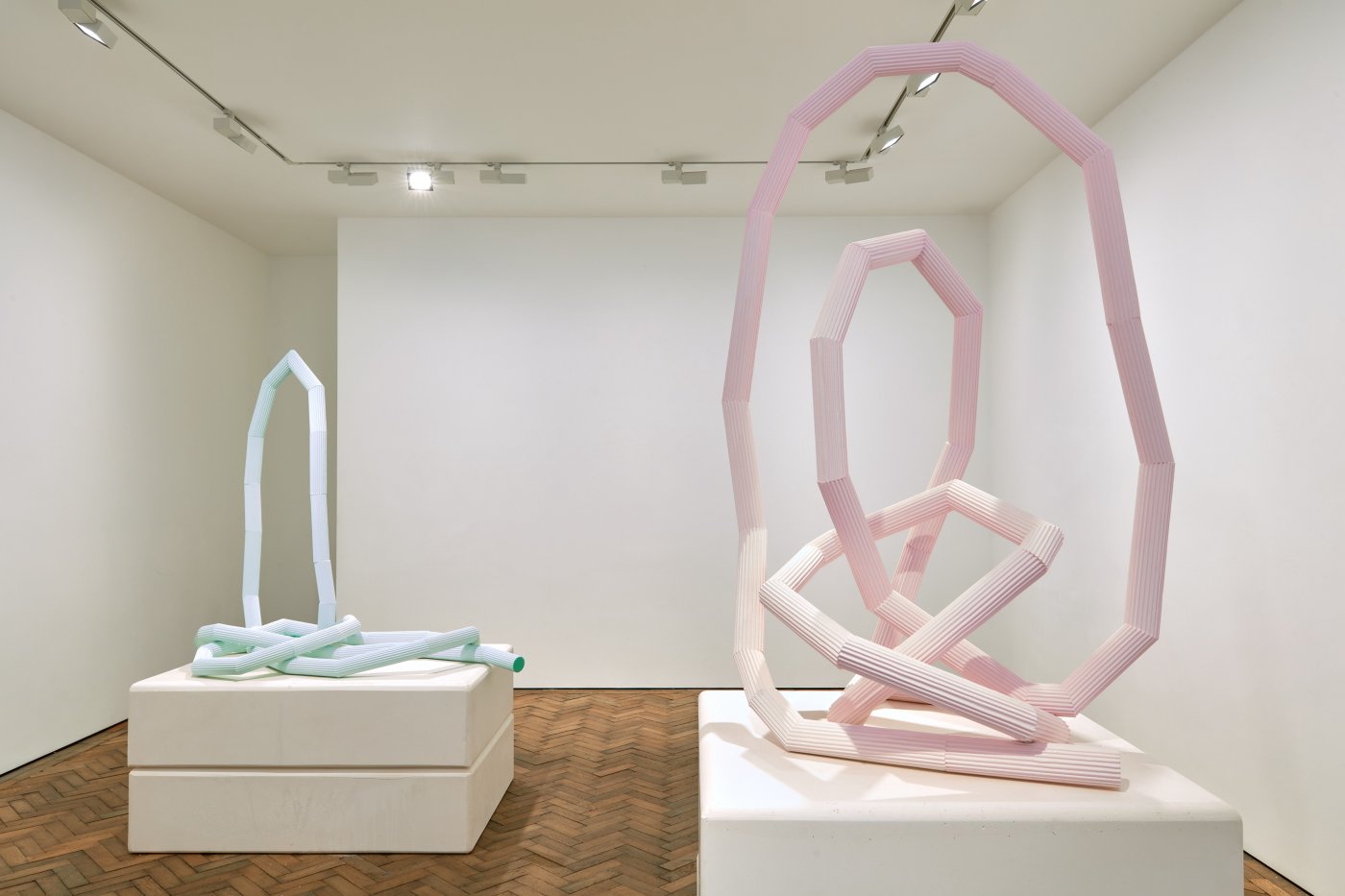 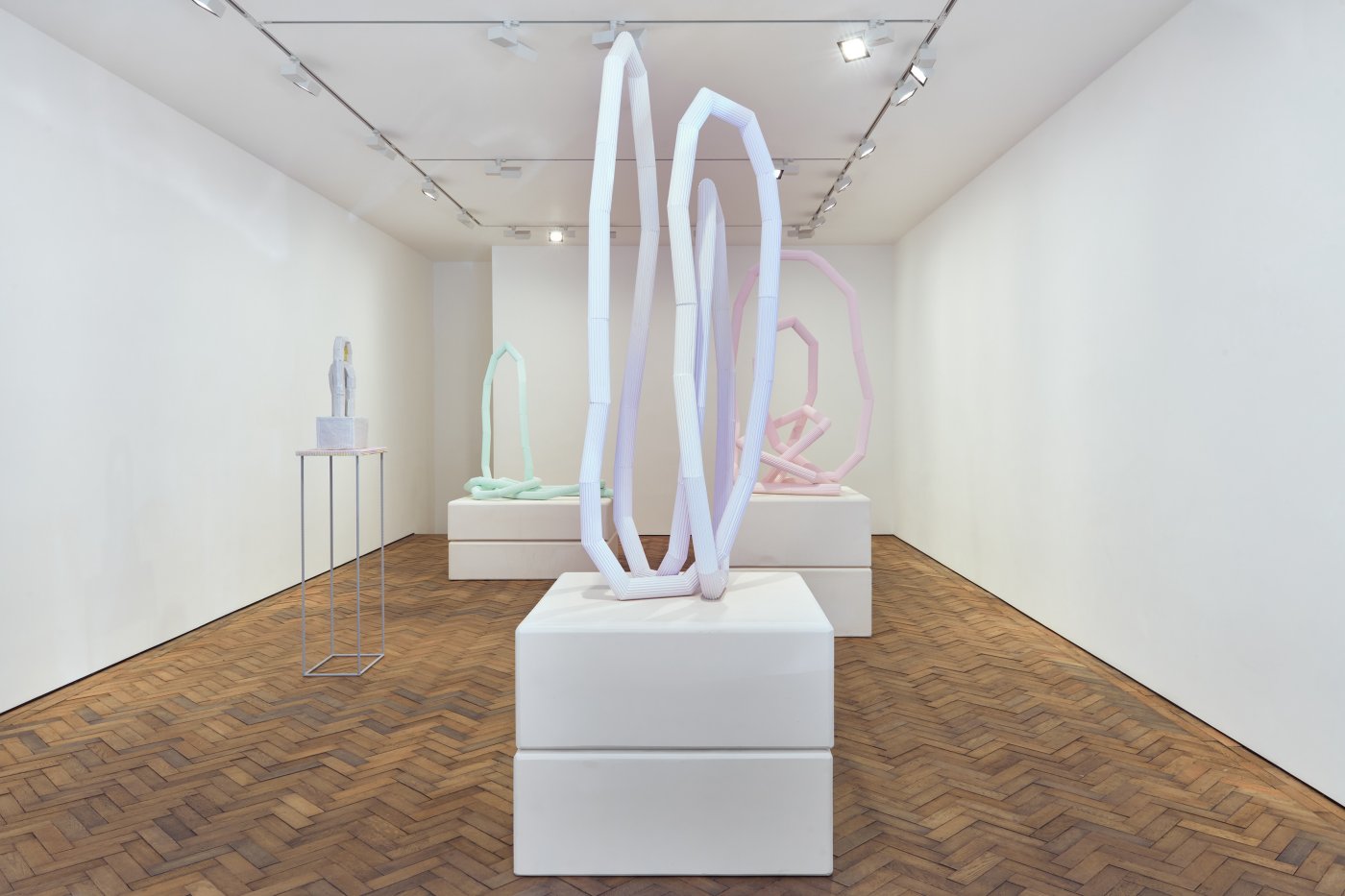 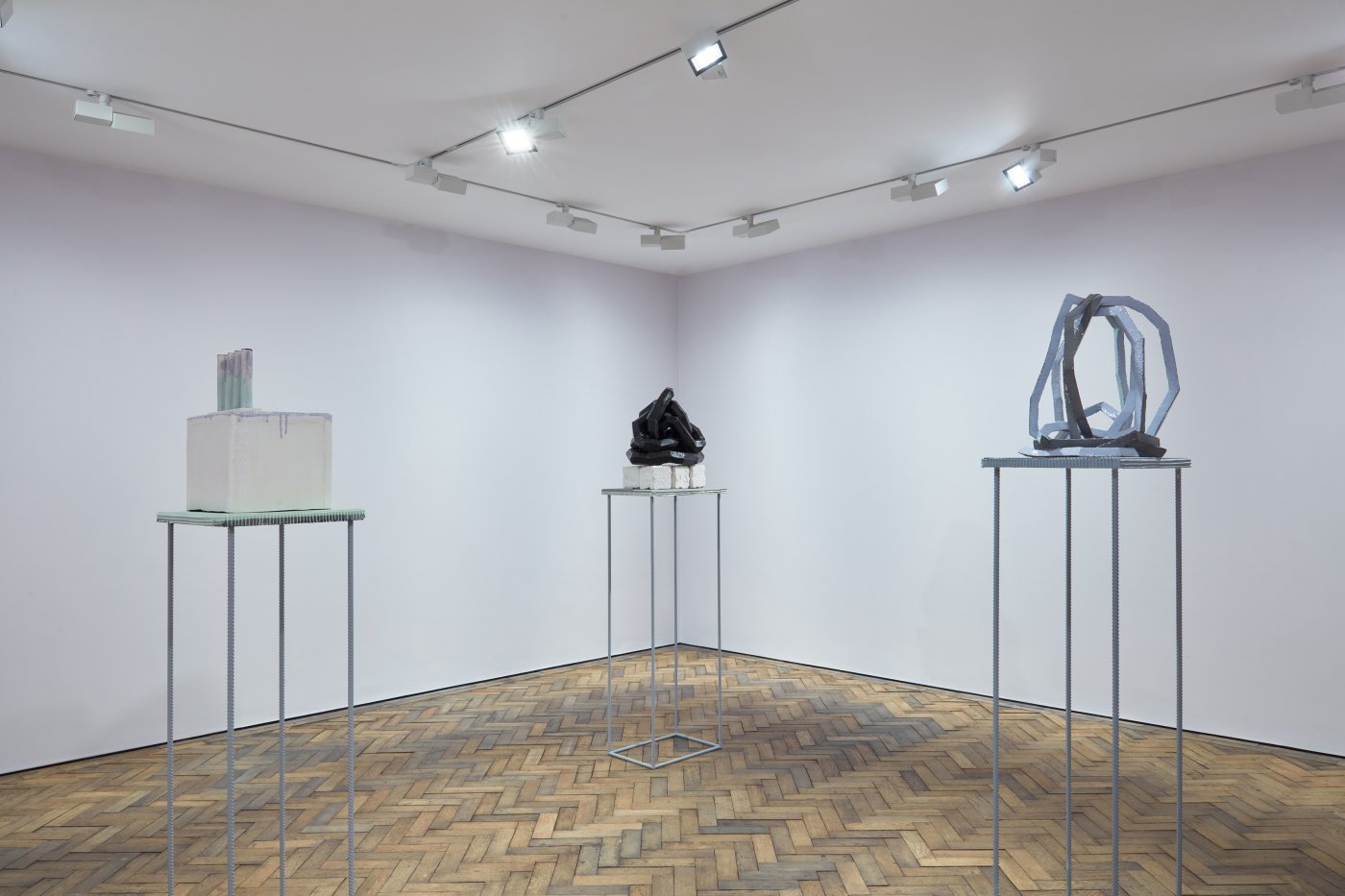 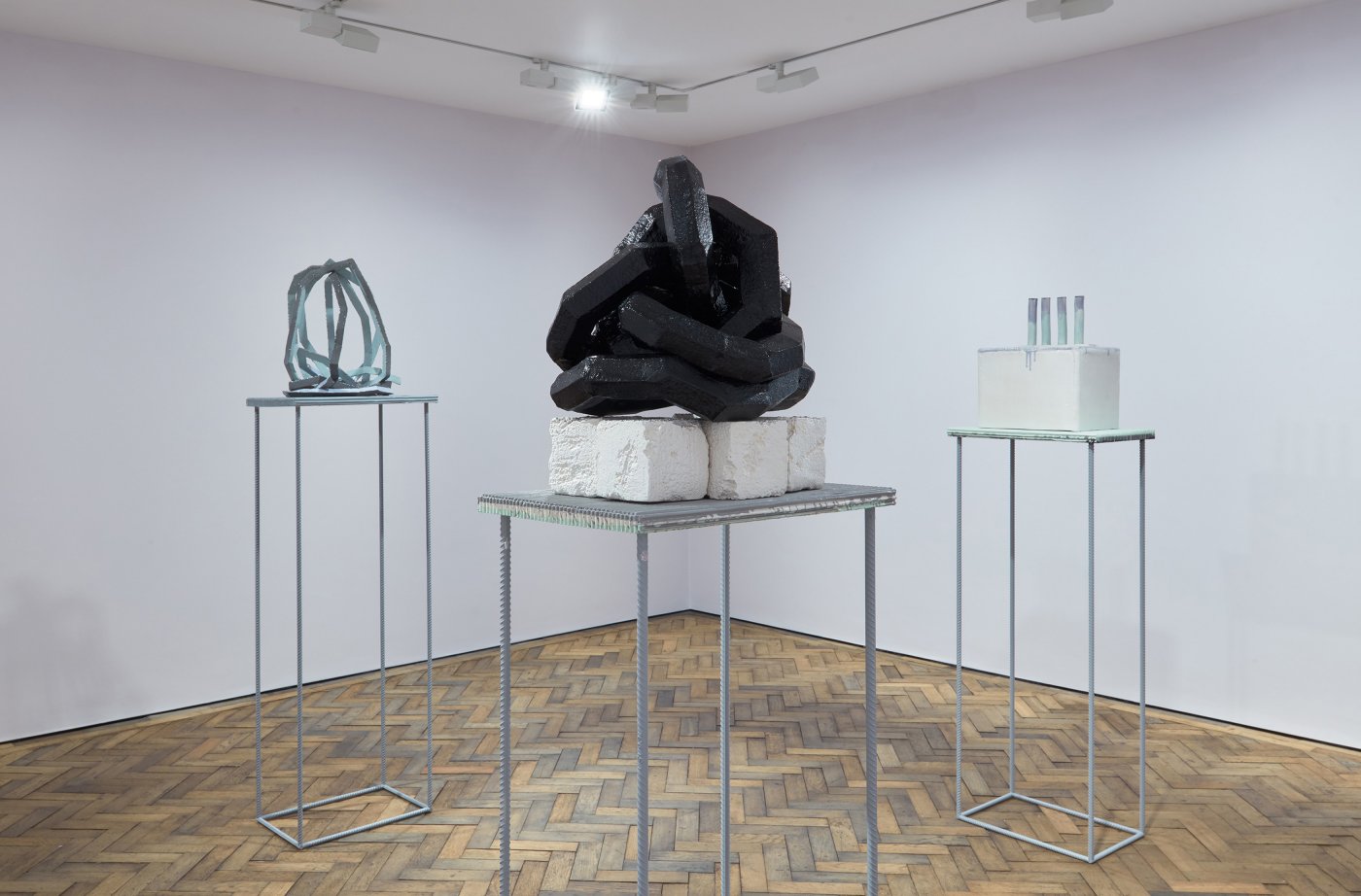 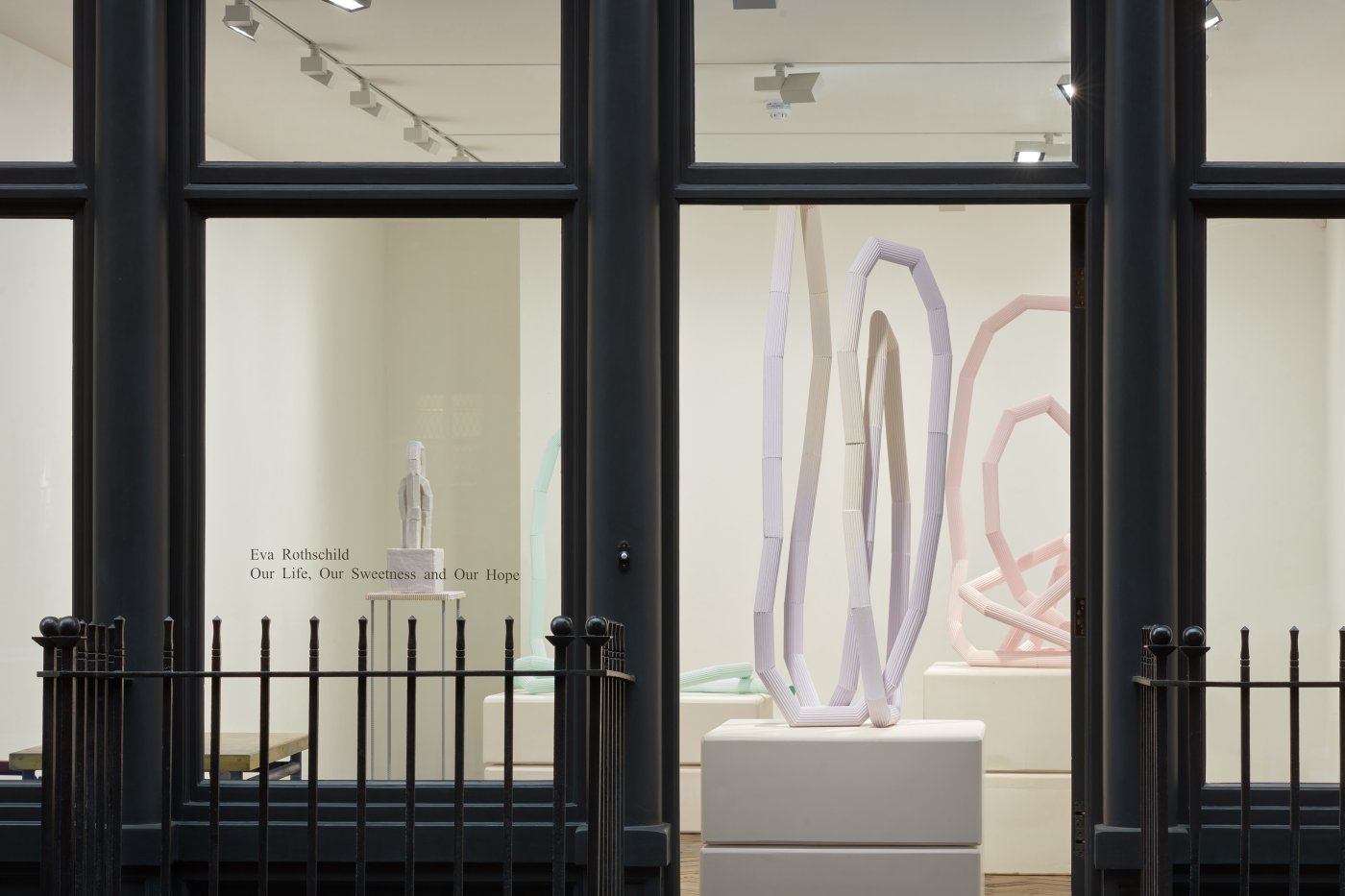 Eva Rothschild’s sculptures are underpinned both by the legacy of modernist sculpture – notably the work of Hepworth, Brancusi, and Hesse — and the enduring forms of classical architecture. Typically using materials such as Jesmonite, Perspex, steel, polystyrene and ceramic, Rothschild’s work attends to relationships between objects and bodies, and to creating conversation between individual sculptures. Often grouped together in order to highlight dynamics between form, colour, and mass, Rothschild creates social spaces, both indoor and outdoor. How objects and materials acquire religious, spiritual and magical meanings is a question that her work continues to explore through its particular sculptural language that is always located somewhere between geometric and organic, and abstraction and figuration.

The title of Rothschild’s exhibition for Modern Art, ​‘Our Life, Our Sweetness and Our Hope’, conveys the idea of solace, reflecting the pull of her focus inwards over the past two years following her large scale installation in Venice. The central three new sculptures of Rothschild’s show, Sphinx, Madonna and Empath, respectively, are cast in Jesmonite, which belies their unexpectedly soft, pensive nature. Installed on Bury Street’s ground floor, they have been created with the domesticity of the space in mind, which they delineate with an indeterminate, shimmering quality, in contrast to her signature hard-edge black forms that sharply determine the space around them. Human-scale and painted in pale green, yellow and pink, they carry a fresh vulnerability, inviting a closer, more direct encounter with the body than their predecessors might have. Consistent with Rothschild’s work more generally, her new sculptures are episodic forms, which is to say it is as though they could be broken down into smaller components or extended infinitely – a notion referenced by the Möbius shape of one of the works. Their heavy bases: two plinths strapped together suggestive of a mold in use, support them as well as being a part of them, as though — made of the same matter — like mother and child, one was born of the other.