An icon of American art, Eva Hesse (1936 – 1970) produced a prodigious body of work in the 1960s that collapsed disciplinary boundaries and forged innovative approaches to materials, forms and processes. She cultivated mistakes and surprises, precariousness and enigma, in an effort to make works that could transcend literal associations. Hauser & Wirth Zurich, Bahnhofstrasse 1, presents two distinct bodies of work from Hesse’s oeuvre: a selection of figural paintings from 1960, today known as ‘Spectre,’ and a group of small, experimental sculptures from 1969. Through the two bodies of work on view, ‘EVA HESSE. Forms & Figures’ reveals the artist’s wide-ranging studio practice from early paintings to the late three-dimensional works she is best known for. 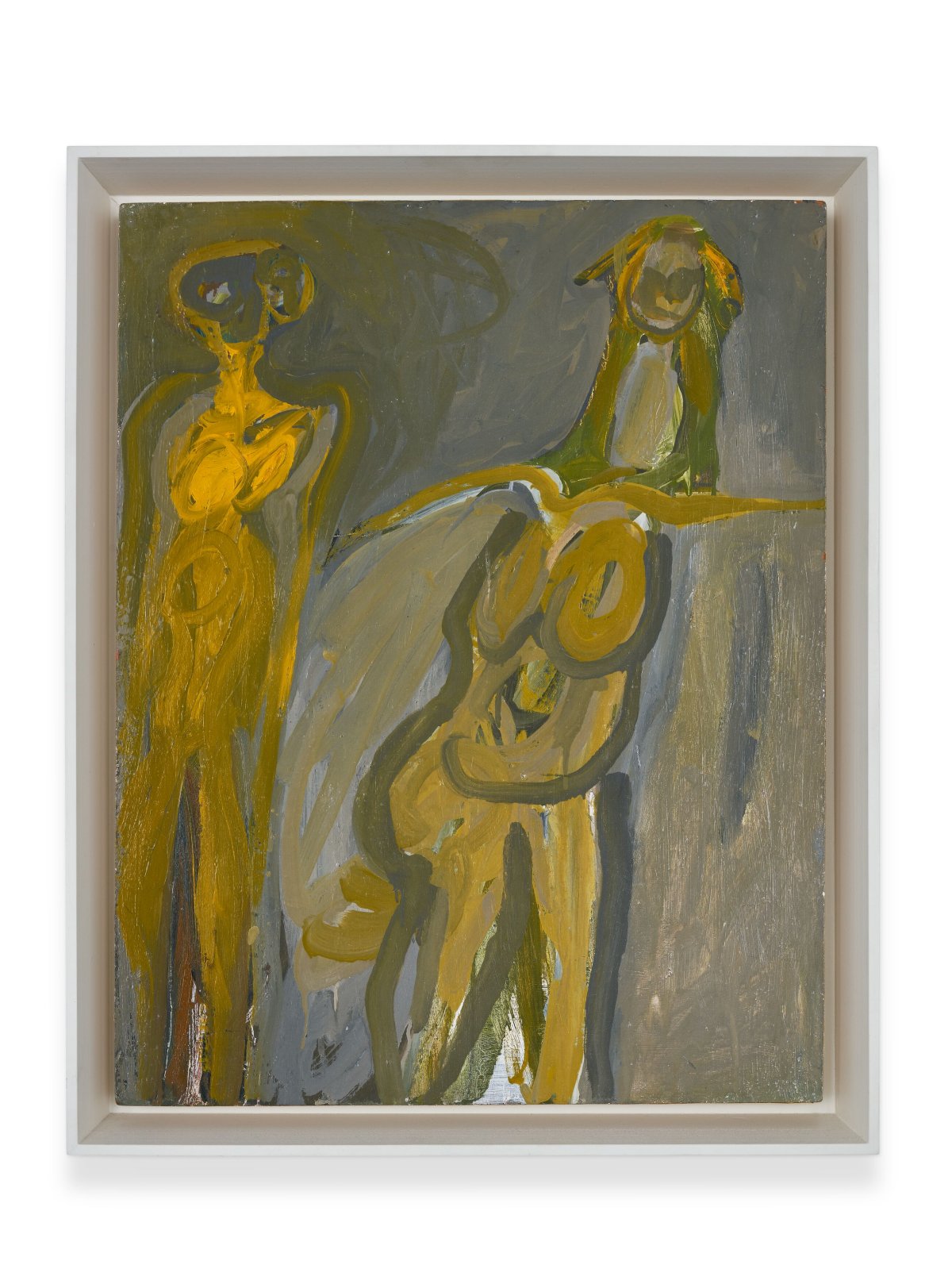 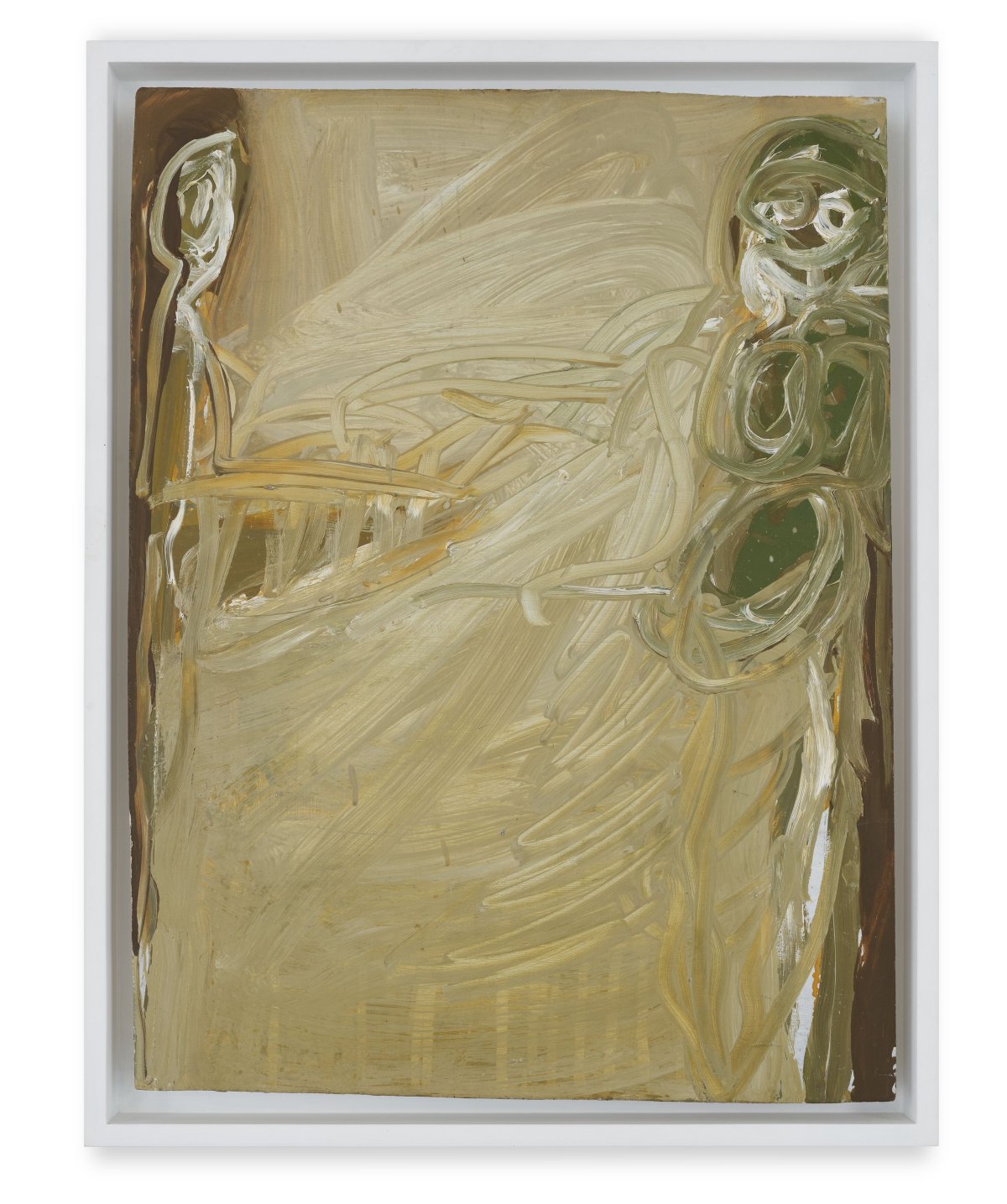 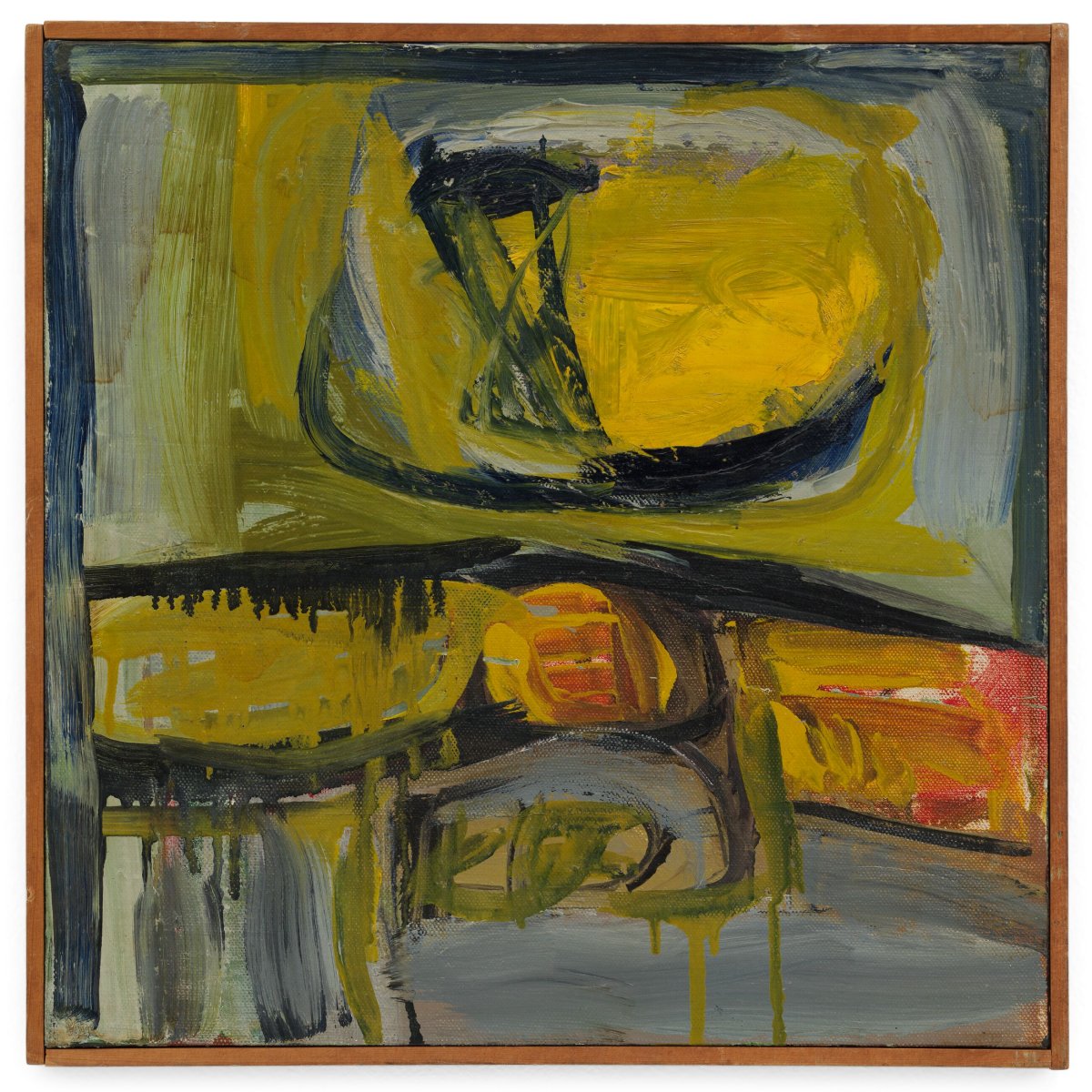 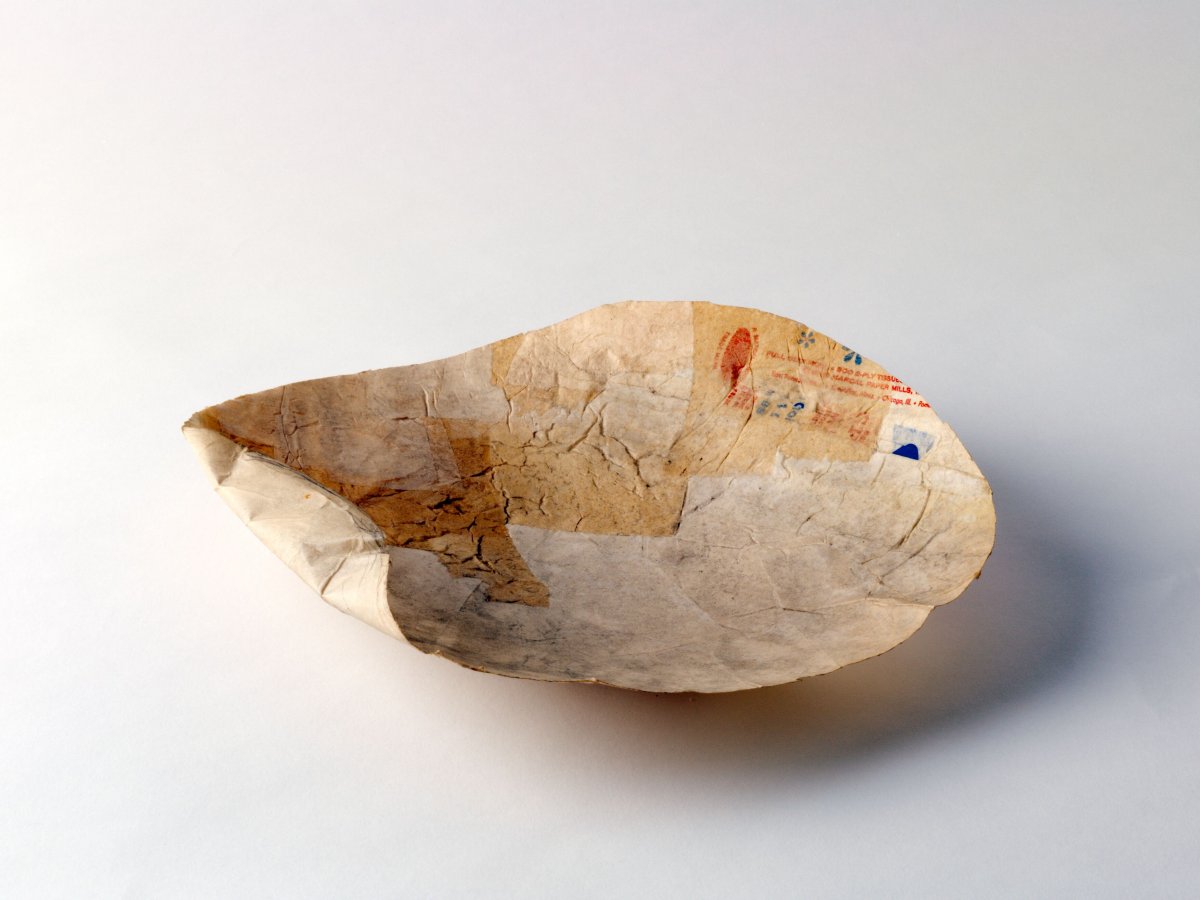 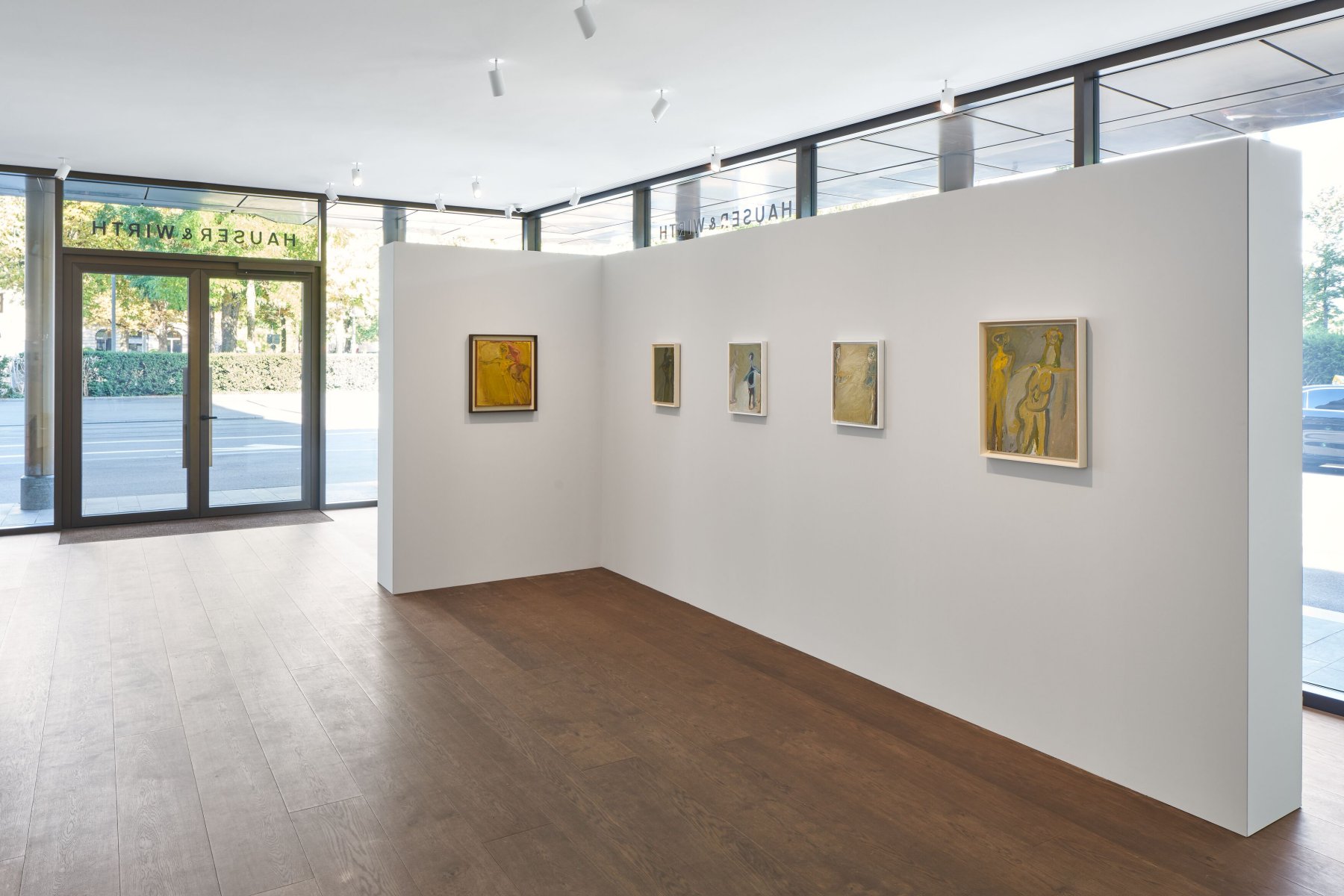 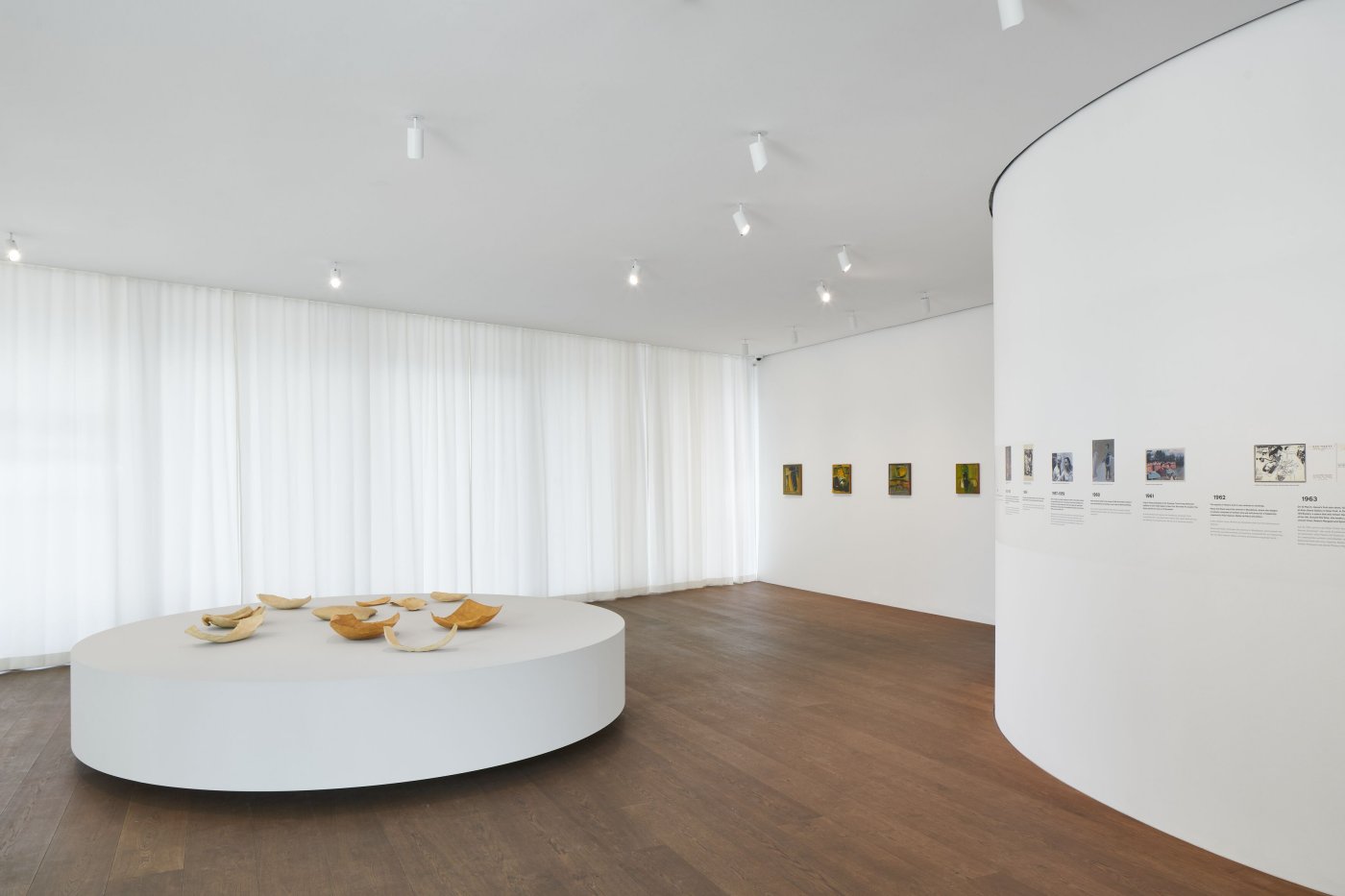 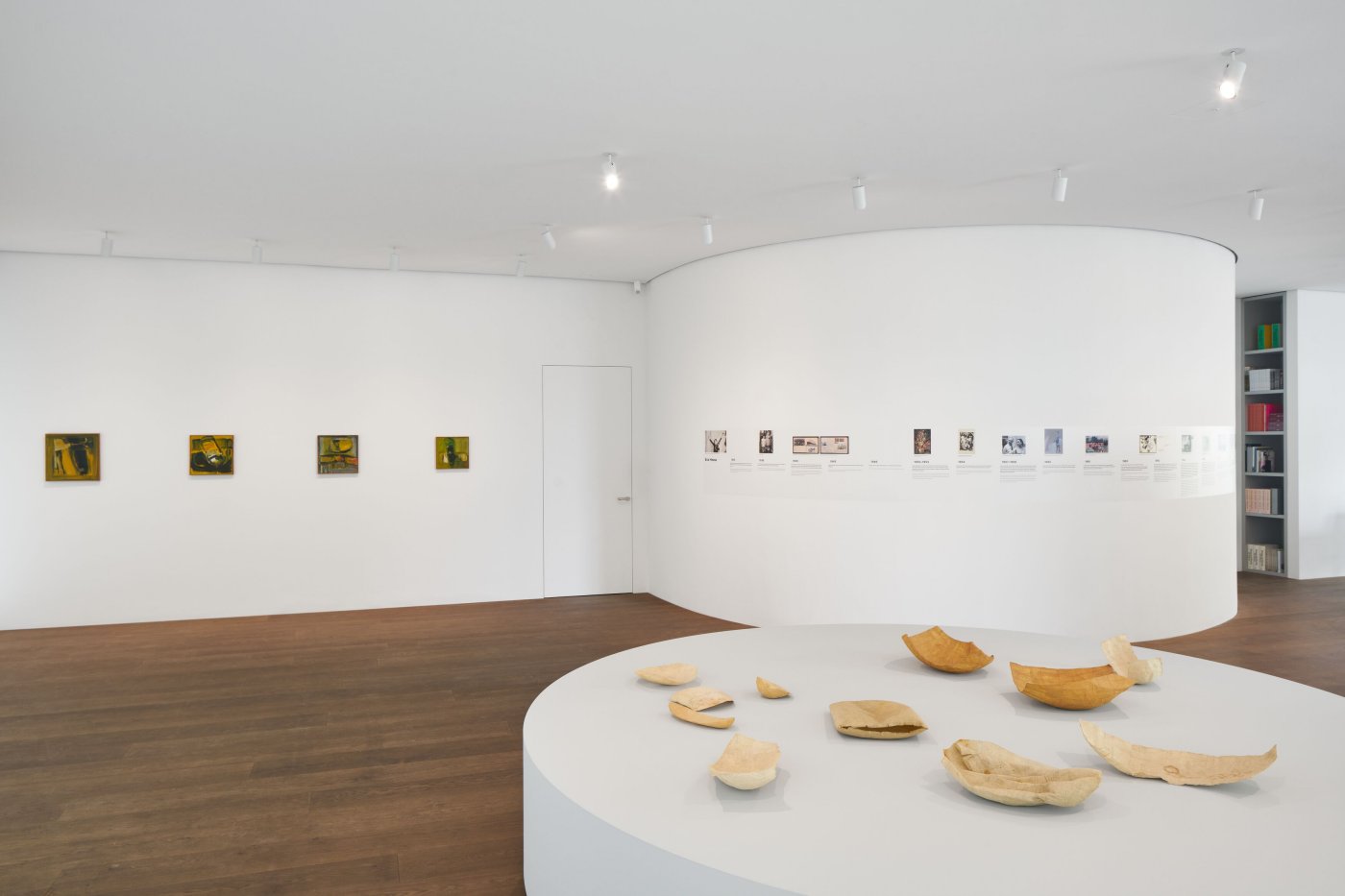 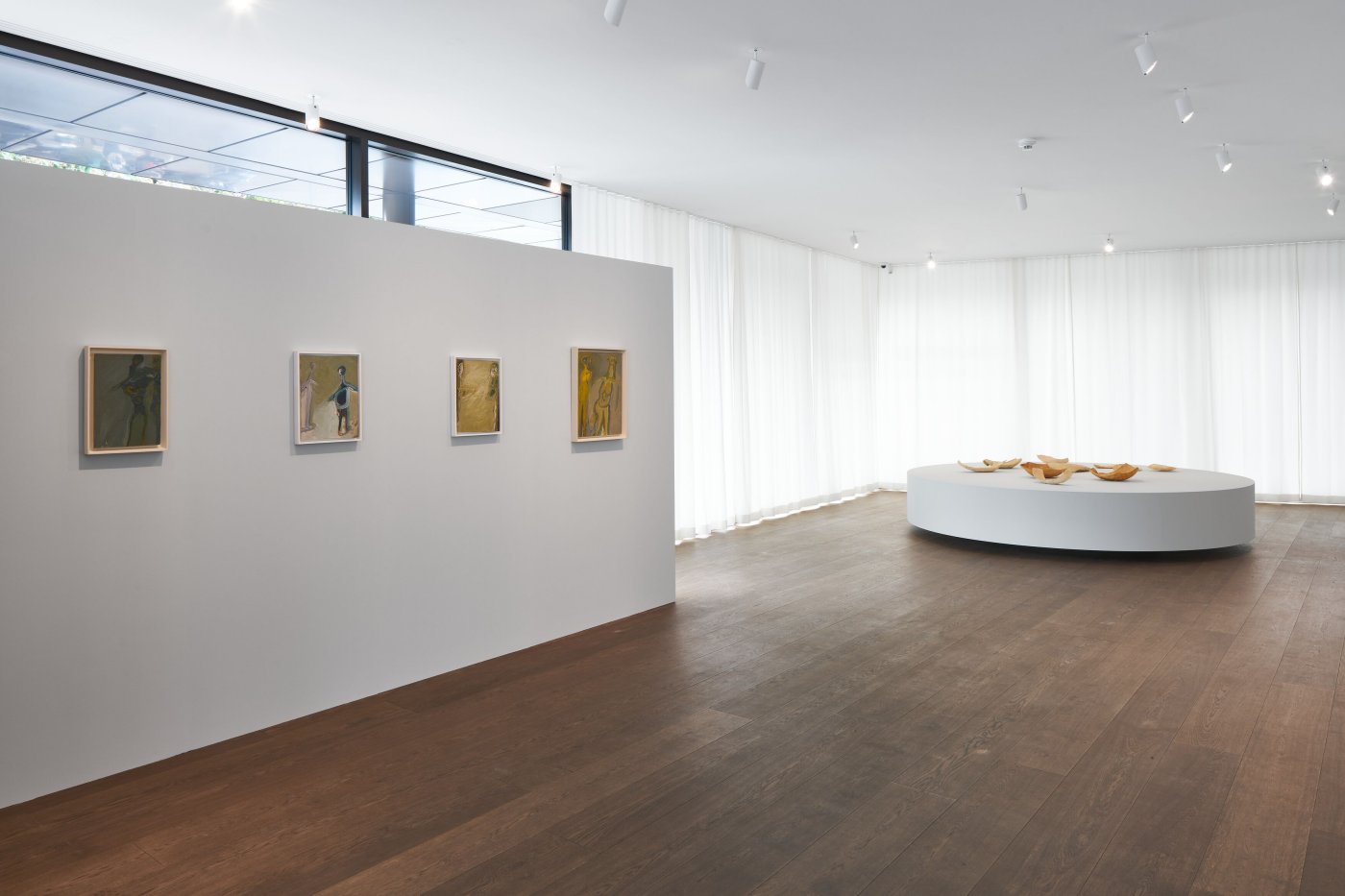 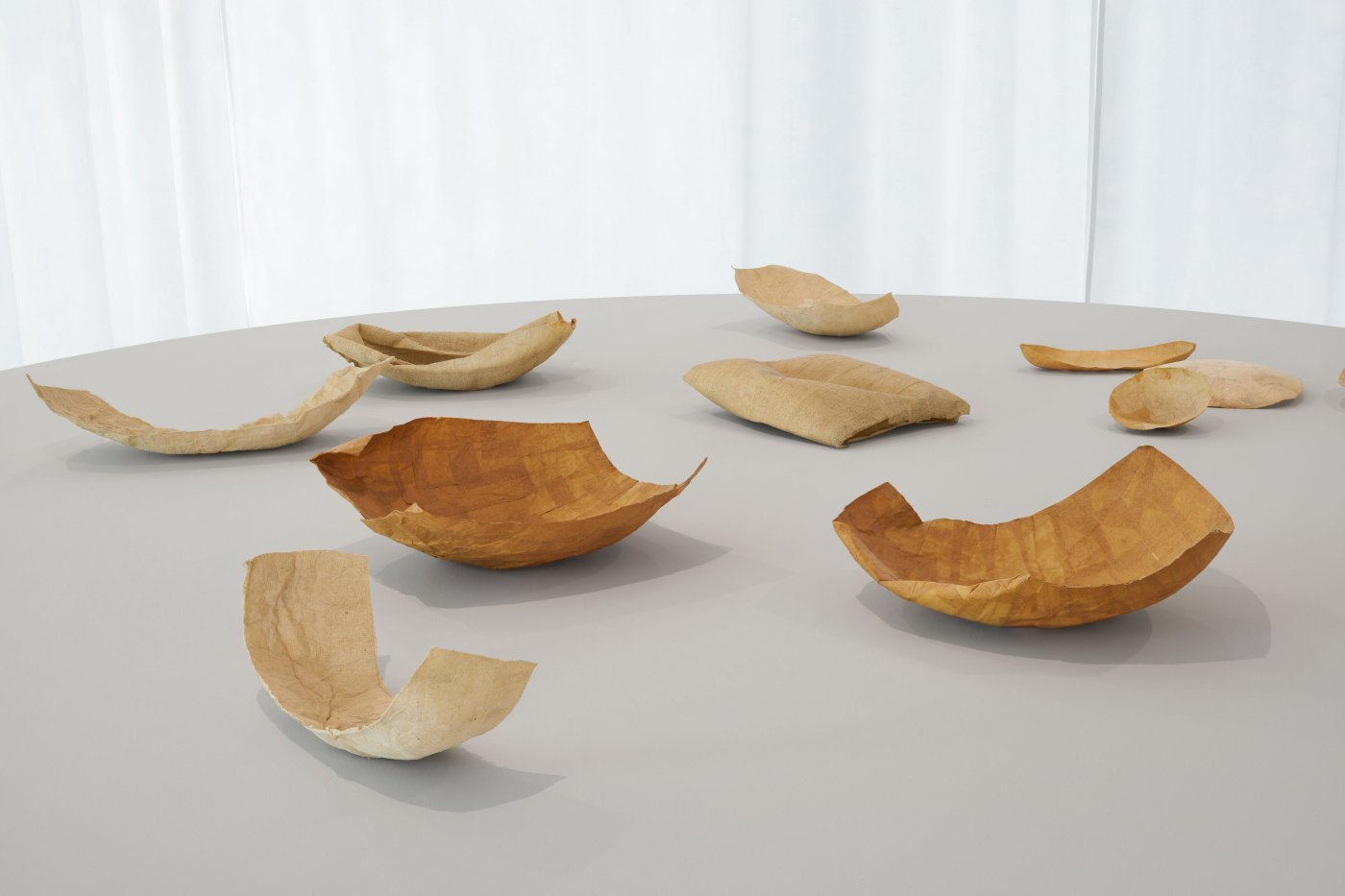 The exhibition at Hauser & Wirth coincides with ‘Eva Hesse: Expanded Expansion’ at the Solomon R. Guggenheim Museum in New York, closing on 16 October 2022.

Eva Hesse began as a painter after graduating from the Yale School of Art and Architecture in 1959, changing course from total abstraction to a raw figurative style and back again eventually to abstraction. The selection of untitled paintings from 1960 on display in ‘Forms & Figures’ marks an important moment of formal development and transition for the young artist. A range of figures emerge in these paintings, from large, skeletal heads pressed up against the picture plane to bodies materialising from the background. Made by Hesse when she was 24 years old, one of these untitled paintings depicts two skeletal figures: one with a cocked red head and the other with staring green eyes, set against a backdrop of hazy green. Yet, the gestural marks, worked- over surfaces and merging pigments make the figures appear ambiguous and ghostly, provoking doubt as to what one is looking at and imparting a sense of uncanniness. As Helen Molesworth noted, the eeriness of the paintings has less to do with their subject matter than with Hesse’s ‘vacillating movement between flesh and paint, line and abstraction, figure and ground.’

Hesse explored composition in her paintings with some figures pushed to the edges of the canvas whilst others fuse together. Another work on view portrays two loosely rendered figures positioned in a lushly painted vacant pictorial space, suggesting disconnection between one body and another. The sense of disconnect between the two figures may have been the artist’s way of negotiating the relationship of the couple, whether it be the dyad of mother and child, the bond of siblings or of husband and wife. One of Hesse’s more abstract oil paintings is executed in a restricted palette of smoggy greys, blues, greens and yellows and is enlivened by the occasional flash of orange. Figurative elements are nearly unrecognizable in this painting; the experimental brushstrokes, drips, smears and thick impasto give way to a possible bust with a yellow head and strong horizontal shoulders outlined in black.

Entitled ‘Spectre’ paintings by art historian and curator E. Luanne McKinnon, this word—defined as an image or apparition from the Latin verb ‘specere,’ meaning to look—not only describes the figures rendered on the canvases but also refers to Hesse’s examination and exploration of herself. In her diary, Hesse instructed herself, ‘Paint yourself out, through and through, it will come by you alone. You must come to terms with your own work not with any other being.’ Produced at a critical point in Hesse’s maturation as a painter, these works chart an artist navigating her way into the art world and evolving her artistic identity with the goal of coming to terms with self through form and material.

Though trained in painting, Hesse increasingly experimented with industrial materials and everyday found objects, and her radical approach to sculpture has been a marker of her work. Hesse made sculptural works during a residency with her husband Tom Doyle in Kettwig an der Ruhr, Germany from 1964 – 1965 and continued to explore sculpture upon her return to the United States, trying out unconventional techniques and ideas. On view in the exhibition are delicate untitled forms constructed in 1969, displayed in Switzerland for the first time. In her research on Hesse’s work, prominent British art historian Briony Fer renamed these objects collectively as ‘studioworks,’ proposing that their precarious nature and indeterminate status places them at the very heart of Hesse’s influential practice and raises important questions about traditional notions of what constitutes sculpture. Using readily available materials such as papier-caché, cheesecloth and adhesive, they resemble fragments of vessel forms. The ‘studioworks’ are placed on a table loosely alluding to a table in Hesse’s studio. Together with Hesse’s ‘Spectre’ paintings, these two bodies of work offer an insight into Hesse’s years as an artist—an artist who would come to play a central role in the transformation of contemporary art practice.