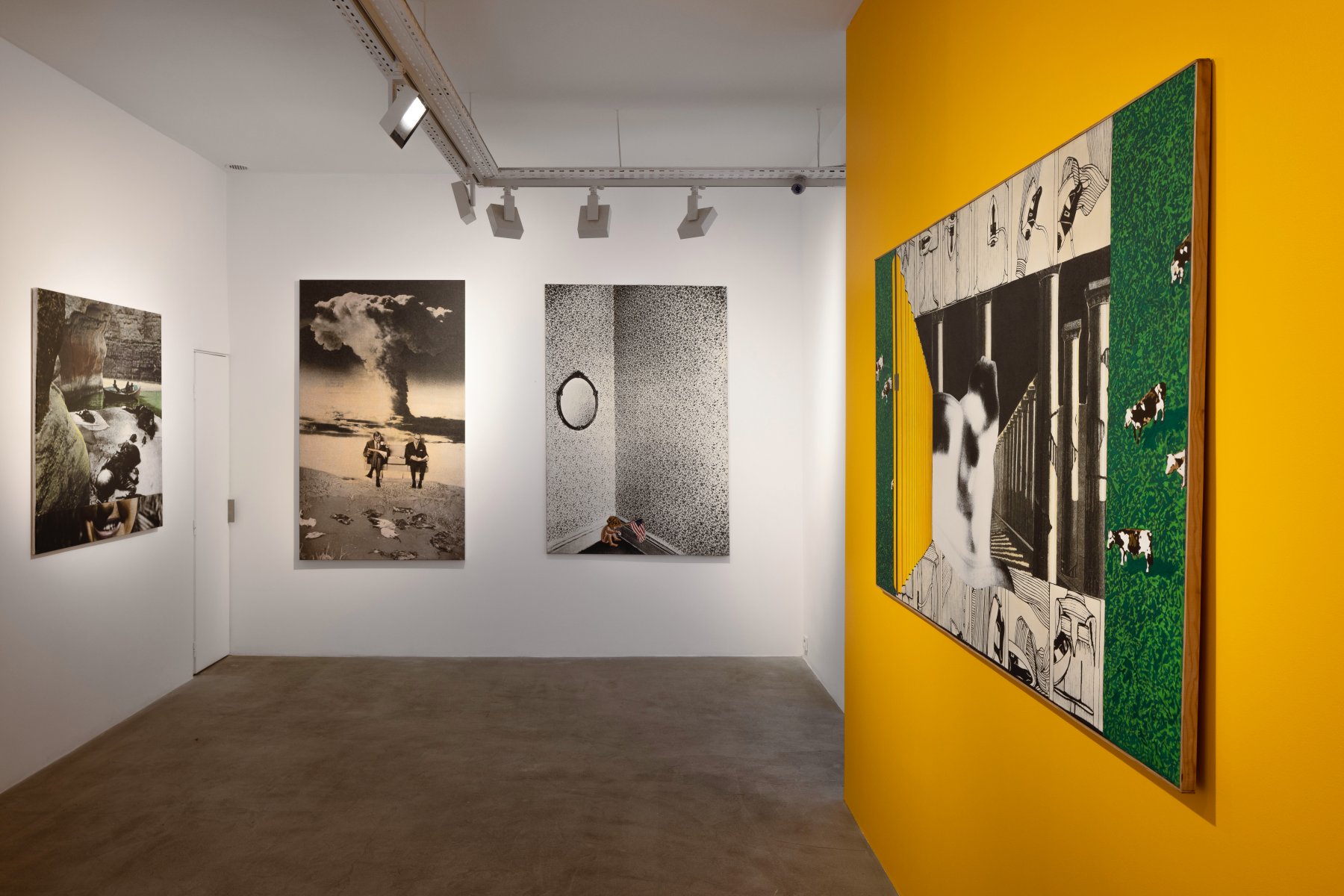 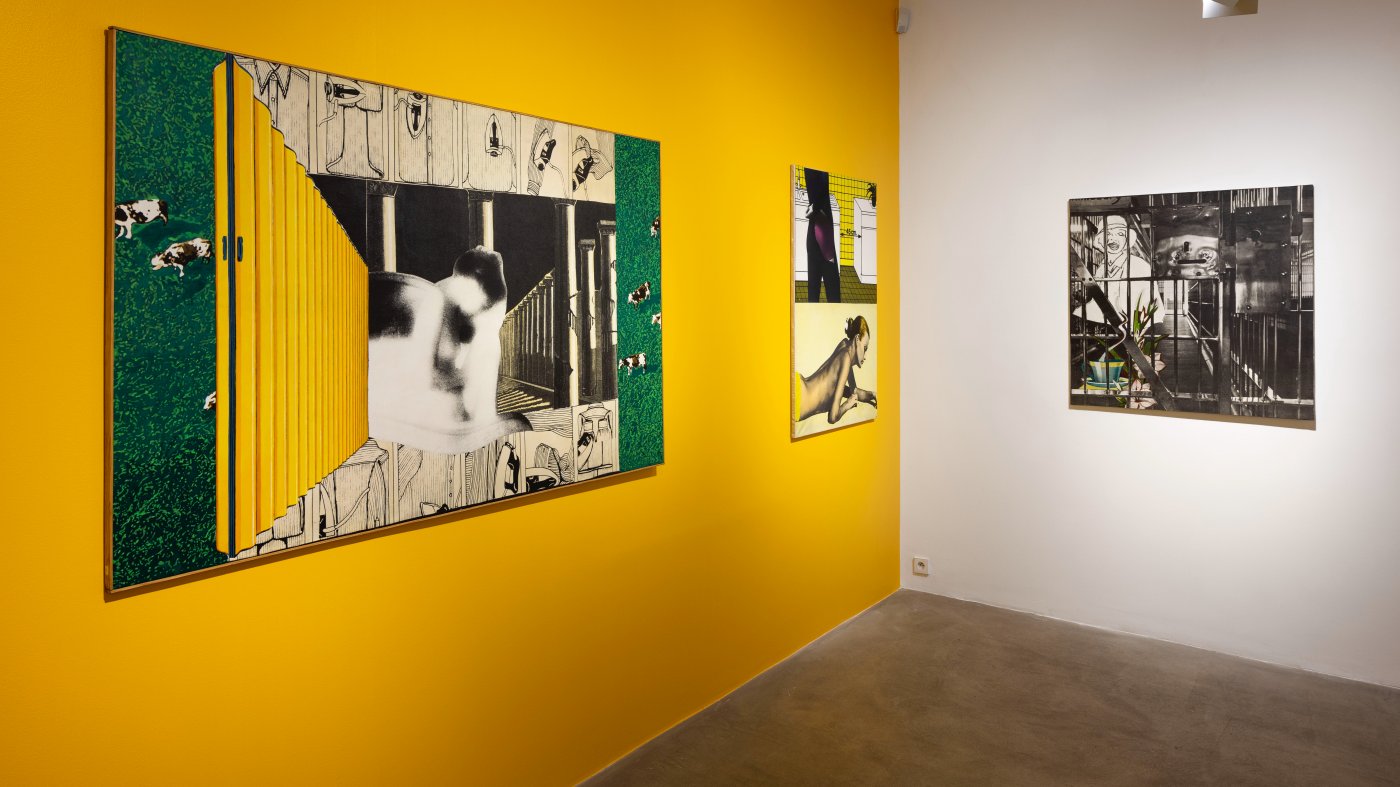 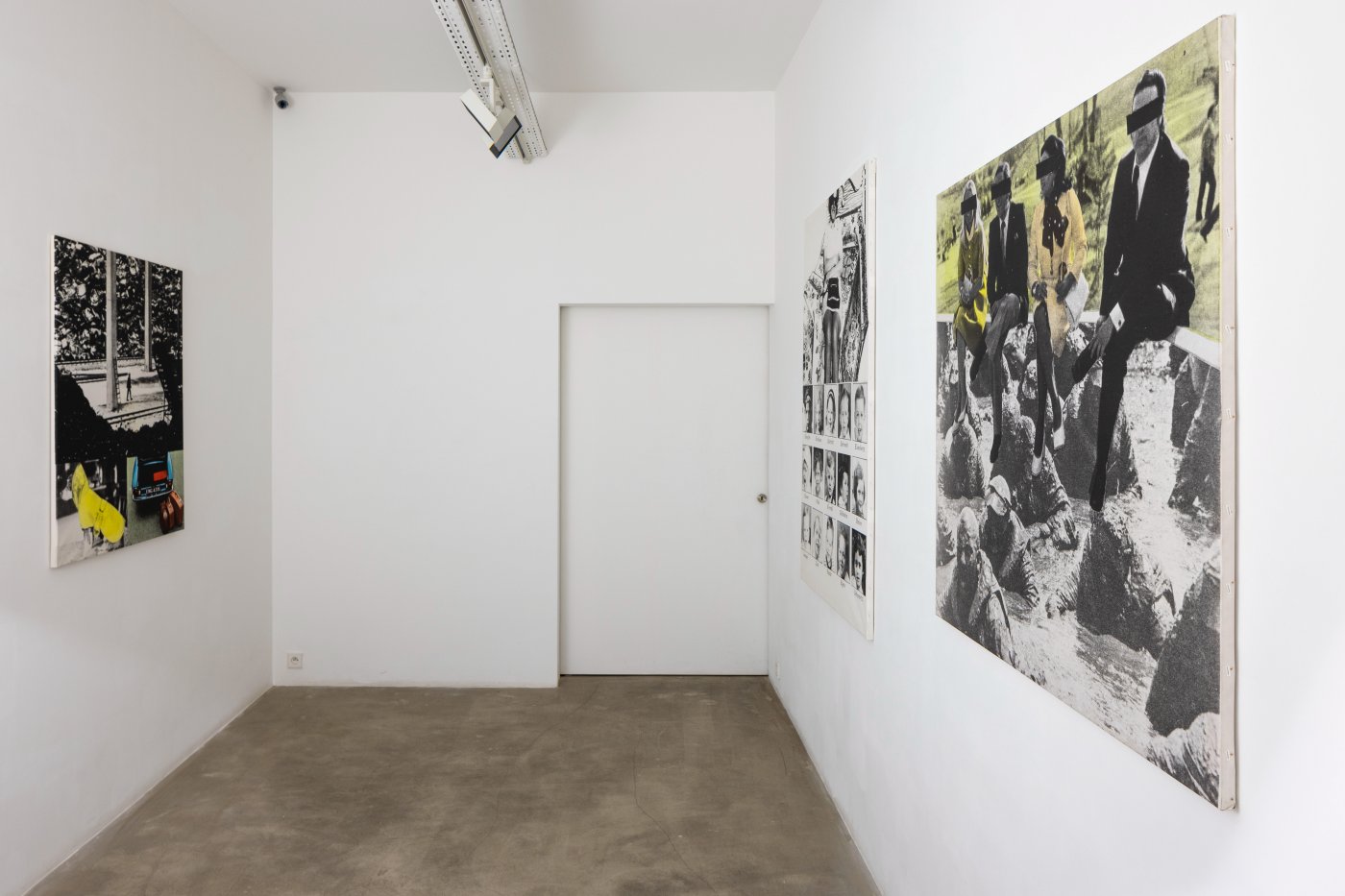 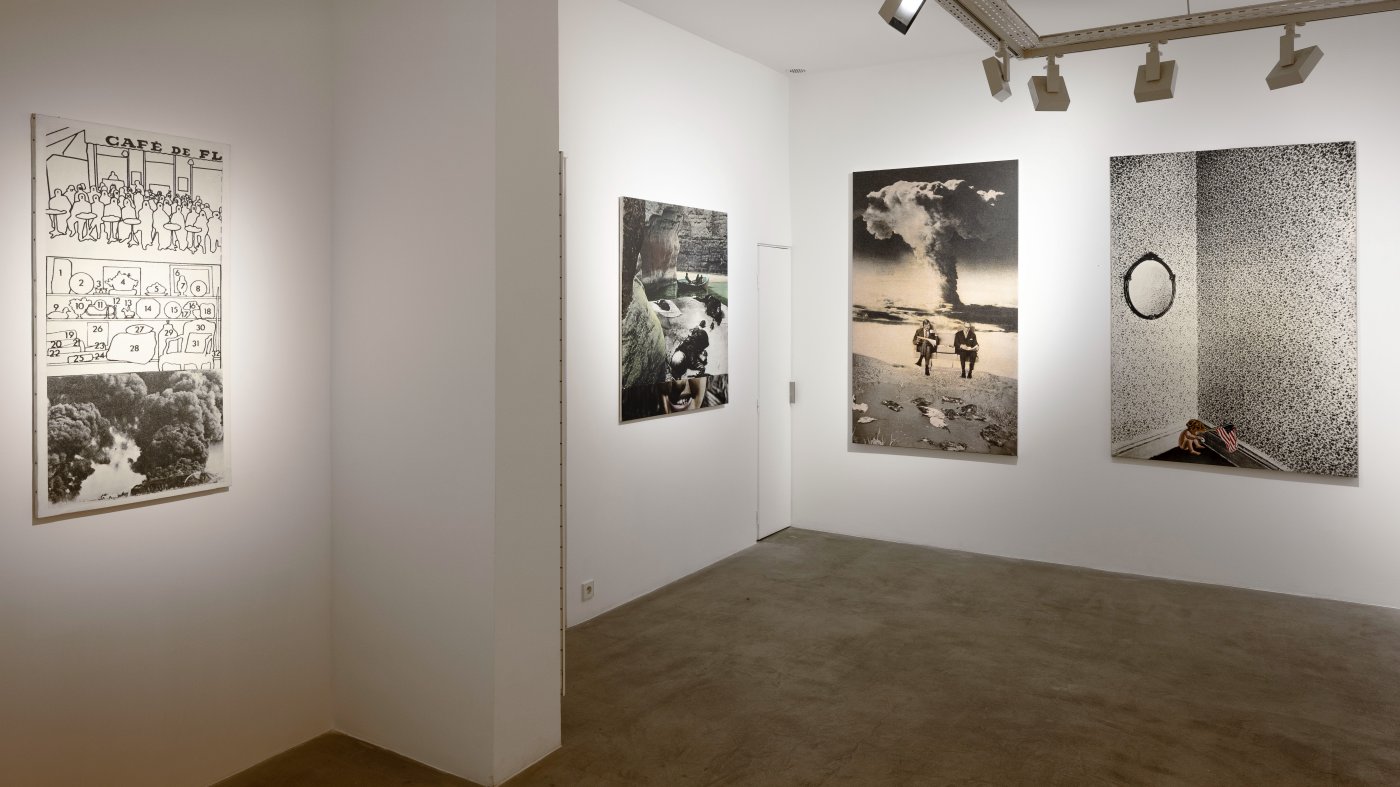 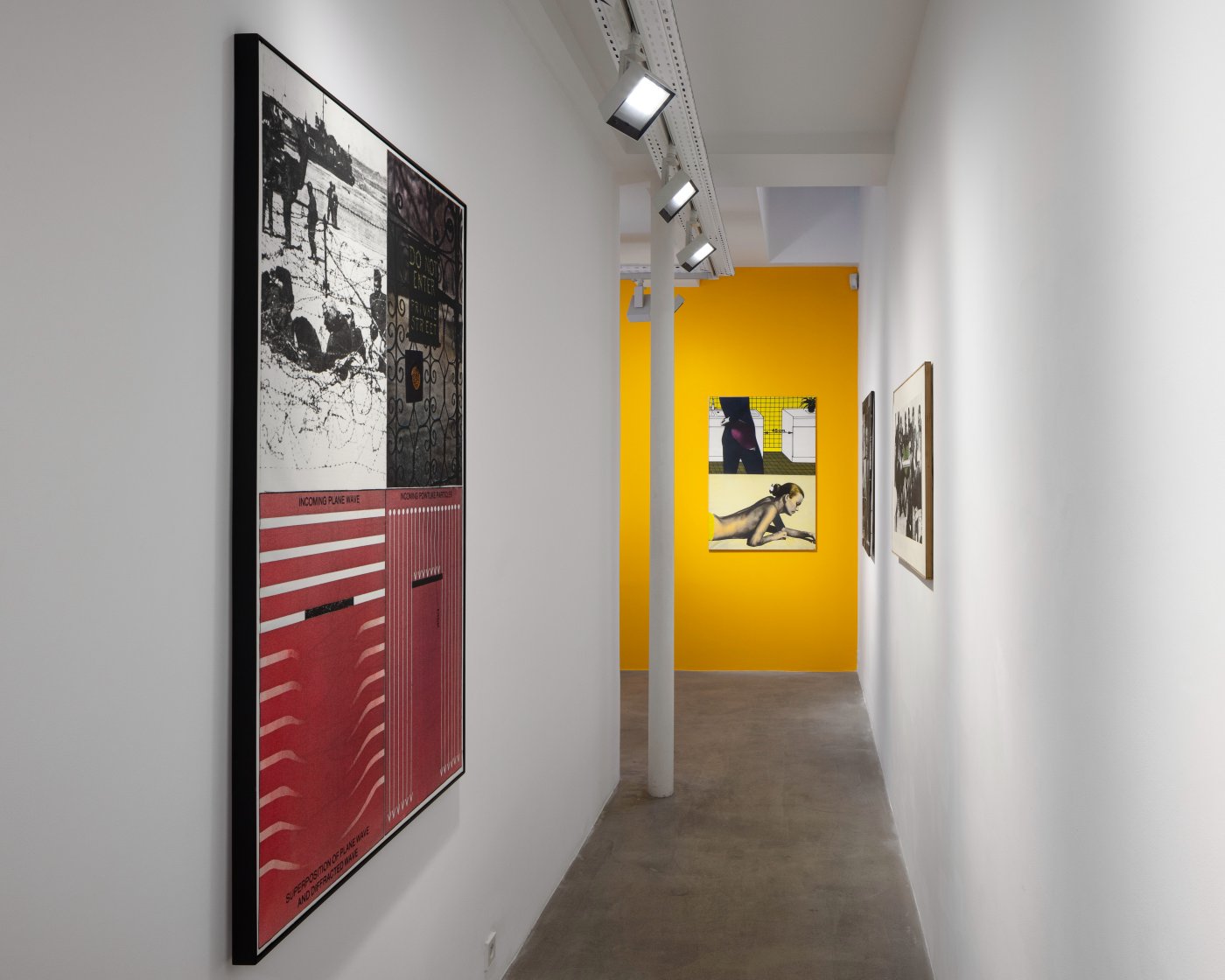 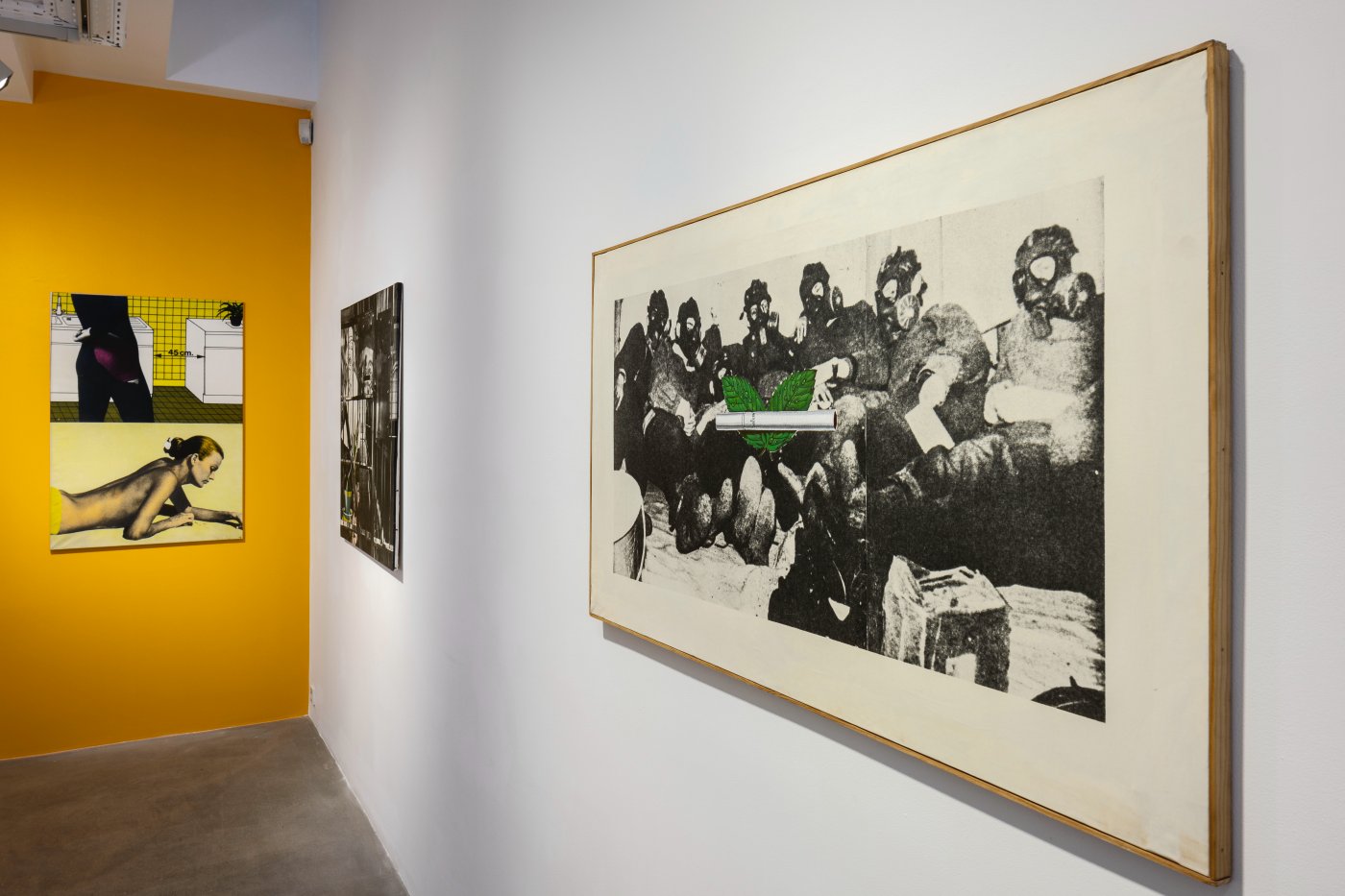 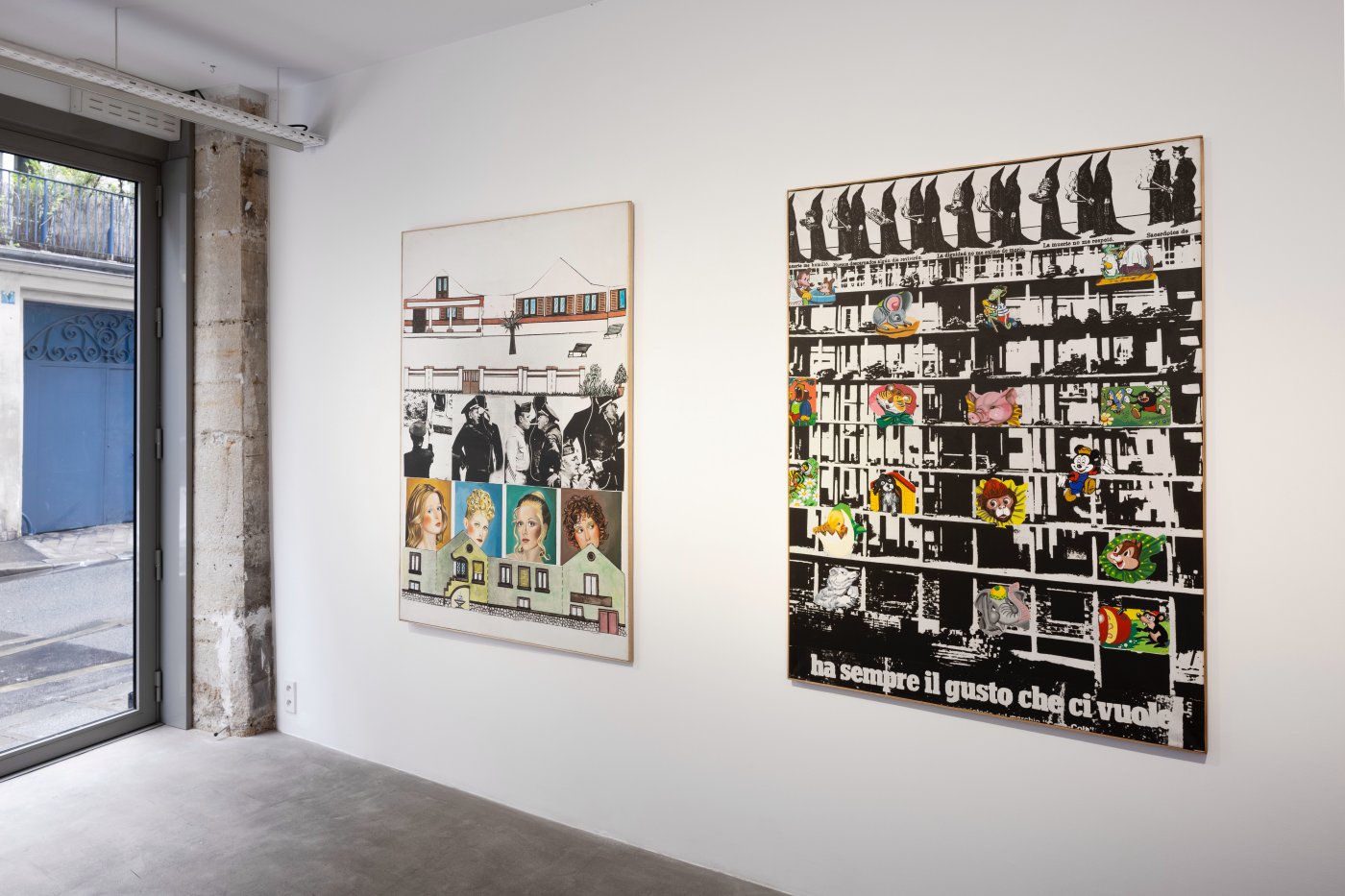 Eulàlia Grau was born in 1946 in Terrassa, Catalonia, ten years after the onset of the Spanish Civil War, ten years after the installation of the Franco dictatorship. She grew up in an authoritarian society that conditioned thoughts and bodies with a nationalistic, conservative, macho and Catholic ideology. In 1972, when she began the Etnografia series, she was twenty-six years old; Franco was still in power. […]

The overall effect of the series is a striking and transgressive response from a young artist who could no longer bear the weight of this multilayered authoritarianism. Etnografia consists of sixteen photomontages on canvas. […] Eulàlia Grau calls them paintings, although she has never painted. The technical choice corresponds to a political urgency. Images from newspapers, posters and magazines are pasted onto the surface of the canvas. The images are enlarged, cropped, linked together. The formats go far beyond the pages of the magazines to establish a physical relationship with the photomontages. […] Eulàlia Grau addresses men’s culpability in their disdain against women, racialised people, the vulnerable, non-human life and those who resist. The artworks depict the violent gaps between social classes, as well as the fantasy of a society where everyone falls in line with the place that power imposes. […]

The title Etnografia, refers to a !eld study of the lifestyles, customs and culture of a given society. Over a period of two years, between 1972 and 1974, Eulàlia Grau sought to examine Spanish society from a particular point of view: that of a young Catalan woman deprived of her fundamental rights, as a feminist, as a Marxist. […]. It is important to note that Eulàlia Grau explores the roles assigned to both women and men, the latter assumed to be athletes, bodybuilders, car buffs, businessmen, soldiers, dictators and gangsters. […]

The artworks thus engage with awareness, with total revolution, with a deconstruction of systemic domination in Spain and everywhere else.

The artistic context of the 1960s and 1970s, largely influenced by Pop Art and geopolitical and societal upheavals, has led art historians to categorise Eulàlia Grau within Pop Art. Yet she recognises and identi!es more with the Dadaist legacy, which participated in an artistic and political questioning of the systems of domination that operate in all societies. […] Her works are part of an international artistic movement governed by an urgency of protest, disobedience and radical opposition.