Kamel Mennour presents his first exhibition devoted to the work of Eugène Carrière. Spread over three chapters in three galleries, the exhibition offers a rereading of the work of one of the most important artists of the 19th century. 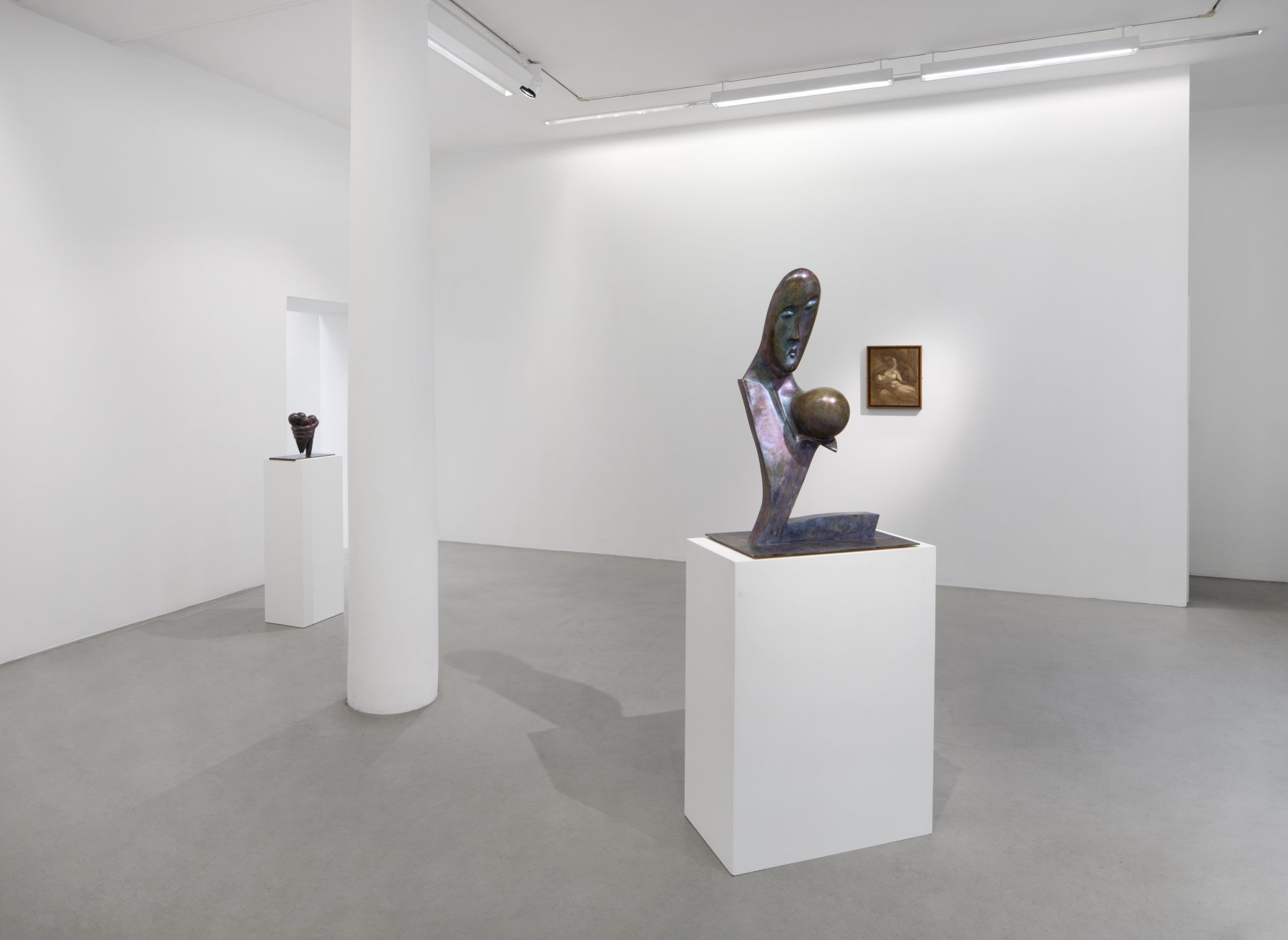 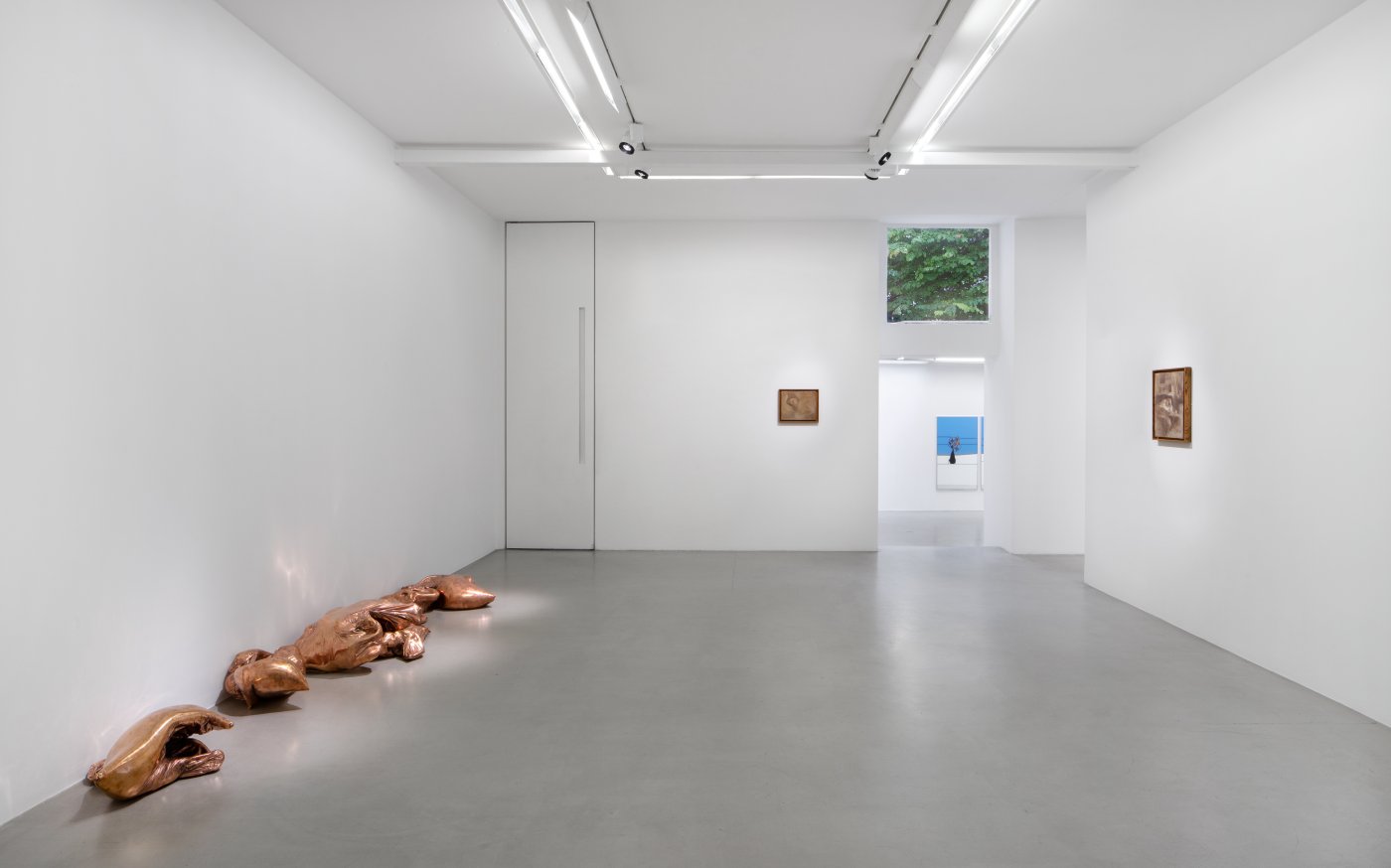 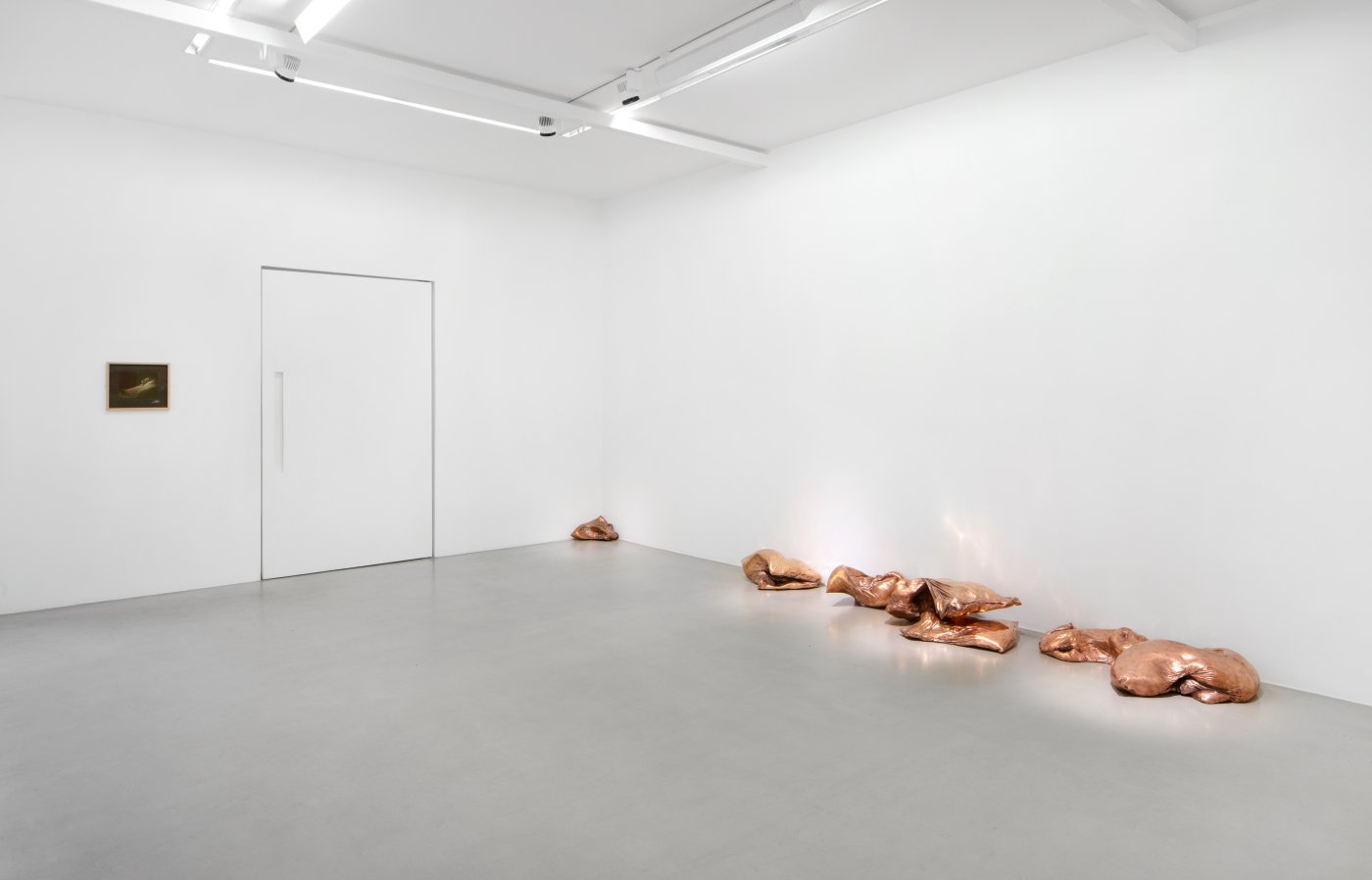 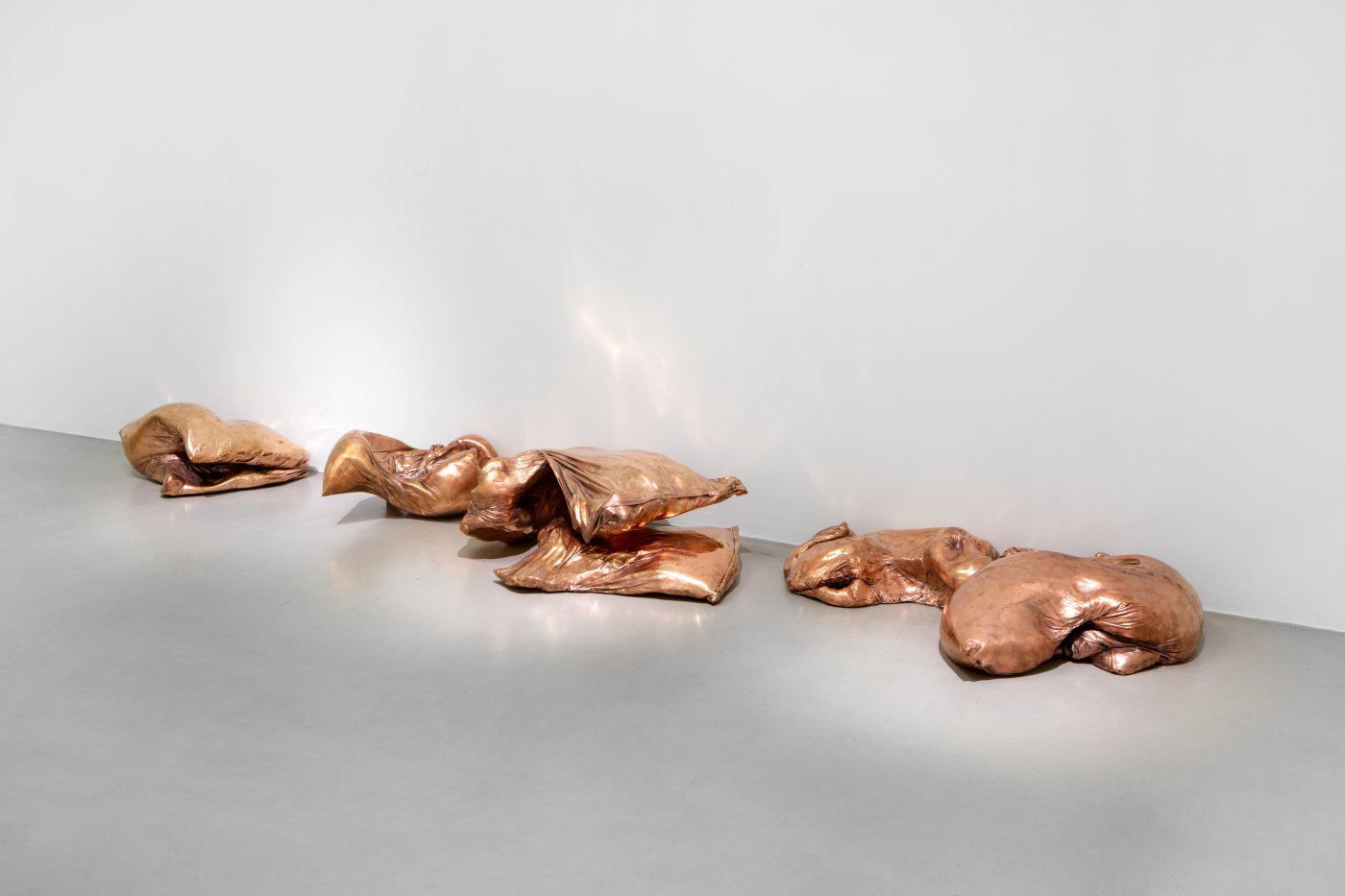 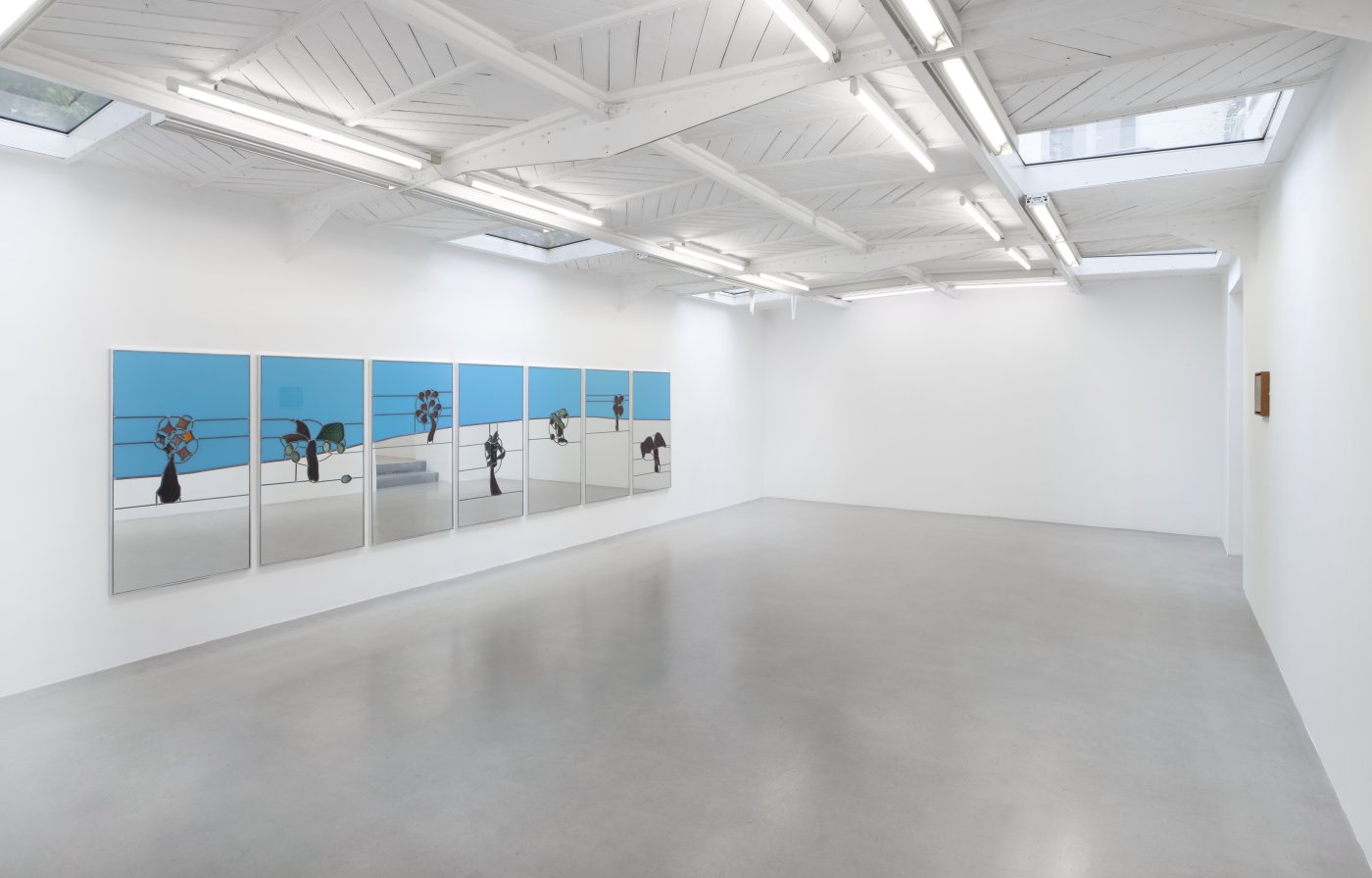 Eugène Carrière (1849-1906) is one of those artists who was celebrated in his own lifetime and whose works are held by some of the biggest museums in the world but has relatively disappeared from the galleries. A precursor to Modernism, he set up the Académie Carrière in 1890, Rue de Rennes in Paris, where his students included the future Fauvists André Derain, Francis Jourdain, and Henri Matisse. He also influenced Pablo Picasso whose blue and pink periods owe him a lot.

Carrière’s work at a distance from the dominant artistic movements of his time—in particular the Symbolists, with whom was associated (1)—as well as his deliberately reduced palette of brown tones and the repetition in his subjects have at times given rise to the impression of a monotonous body of work. However, his originality lies in the economy of means with which he produced a style of painting closer to naturalism than Symbolism and preemptive of aspects of analytic painting. Carrière was a contemporary of early photography and his work resembles it in many ways, with its blurry areas, its monochrome, and the way it records time. “The sitter moved,” Degas used to joke about Carrière, but the sitter always moves as long as he or she has been grasped in all his or her vitality. The striking modernity of his painting is surely due to this desire to capture an ever-changing nature. There are echoes of this in the thought of his contemporary Henri Bergson, in particular in Bergson’s theses on the perceptive effect of time experienced as a succession of states, or “the simultaneous presence of the past and the future”, (2) which could be a description of Carrière’s painting. Friend of Antoine Bourdelle—whose studio in Montparnasse is a time close to his—and of Auguste Rodin, who sees in his painting analogies with his own research in sculpture, Carrière embodies for the sculptors the painter who has best succeeded in transposing the idea of movement and the experience of duration. Rodin as Carrière share the idea that the figure emerges from the formless; the block of marble barely roughened for one and a vaporous background almost abstract for the other.

His marriage in 1878 to Sophie Desmouceaux would have a decisive influence on his choice of subjects of study, depicting then over and over again the scenes of their daily life with their seven children. His wife became his preferred model, lending her features to scenes of “intimacy” or studies of “meditations”, embodying the figure of his “maternities” with which he was successful. Her face became a recurrent motif that he would endlessly return to, becoming the vector for a transition from his early naturalist style to a more sensitive and subjective approach. In these paintings, made in the tradition of “head studies”, Carrière was able to capture in his wife’s face life’s different expressions in all their singularity. They are faces that, cut off from any context, at times underlined with a single hand, no longer really belong to the portrait tradition, rather fluctuating somewhere between the specific model and a more universal expression of feeling. These portraits of women were an original contribution to painting that critics at the time praised for its virtuosity as well as its strangeness.

Carrière is doubtless the first painter to have observed these scenes of daily life with such singular attention, turning the family home into one vast studio. They are sometimes depicted in the most cursory strokes, giving the palpable impression of a painting taken on the live and conveying a wish to grasp something of life in its purest banality. But beyond the modernity of the subjects, it is in Carrière’s style of painting—that beginning in the mid-1870s would fluctuate between detailed genre scenes rendered with a meticulous form of naturalism and the shading that would become his signature—that the great adventure of his work is to be found. A precursor to Minimalism, Carrière emptied out the details of his domestic settings, making his figures emerge from an indeterminate background, removing as many signs that might be used to date the scenes as he could, which thus began to resemble archetypes, expressions of a feeling traversing centuries and endlessly renewed, today as much as yesterday.

Modern before its time

Rodin had emphasized the sculptural character of his friend’s painting and many sculptors of the modern era recognized themselves in it, starting with Alberto Giacometti and Henry Moore. The former borrowed his monochromaticism in his post-war paintings and the latter his favorite subjects such as the mother and child.

Giacometti also attempted to lay hold of the ungraspable, ceaselessly repainting the face of his model in successive layers of paint. “It looks like a Eugène Carrière painting,” Giacometti said when looking at a finished portrait of Isaku Yanaihara at the end of a sitting. While he recognised that the older painter’s work contained a lyricism that is completely absent from his own, he still found in the monochrome nuances of Carrière’s canvases something that to him “seemed truer” than the celebrated Cubist experiments of the time, which he had participated in. Thirty years later, he finally gave himself permission to demonstrate this in his famous series of “Black heads”. Moore never openly claimed Carrière’s influence, but in the motif of the mother and child he borrowed one of his favourite subjects, and he collected his work. Carrière’s paintings hung on the walls of the most intimate spaces in Moore’s house in Perry Green, from the little drawing room reserved for his friends, to the corridor leading to the bedroom of his only daughter and the walls of his wife Irina’s bedroom. (3) These scenes of domestic life, so privileged by Carrière, became a peculiar sort of mise en abyme for Moore, with the birth of his only daughter late in his life visibly influencing the increase in number of the maternity scenes that he produced throughout his career.

More than a century stands between Camille Henrot, Christodoulos Panayiotou, Douglas Gordon, and Eugène Carrière. A century that contained countless artistic movements and infighting. A century by the end of which the contemporary art of one became the pre-modern art of others. Art history can be understood along a chronological axis, as a chain of artists’ responses to other artists, or through the lens of the correspondences that exist between artists who are very far apart in time but whose sources of inspiration are extremely close. Without directly looking at each other, artists often look at the same thing, draw on the same references, reflect together on the same great universal questions: birth and motherhood, nature and landscape, sickness and death. They offer up new works that at the same time bear traces of a metaphysics of forms in which Plato saw immutable and universal archetypes.

—Christian Alandete, curator of the exhibition

himself outside normal life, and the public

accepts him for the same reason.

But art is the means of expressing life,

and how can life be expressed if one does not

take part in it absolutely? All the artists of

the past have lived the life of all men; in their

works they manifest it, proving to us that

He grew up in Strasburg, where he was trained in lithography, and studied at the École des Beaux- Arts de Paris under Cabanel. In 1878, he married Sophie Desmouceaux, with whom he would have seven children. The members of his family would be frequent models for his paintings. He exhibited regularly at the Salon des Artistes Français from 1878 to 1890, then at the Société Nationale des Beaux-Arts. He was forever working outside of the stylistic categories of his time, and never joined any particular movement.

This unclassifiable painter, engraver, and drawer—the contemporary of Gustave Moreau, Odilon Redon, and Paul Gauguin, among others—quickly surrounded himself with the most influential figures of the artistic and literary world of his time, including Roger Marx, Jean Dolent, Alphonse Daudet, Edmond de Goncourt, Gabriel Séailles, and Paul Verlaine. His friendship with Auguste Rodin left a mark on his work, which drew its inspiration from tangible reality in a way similar to Rodin’s. The journalist and art critic Gustave Geffroy wrote in 1906, ‘For him, as for his masters, painting, which is surface work, gives the feeling of volume and weight. […] Each one of Carrière’s portraits houses the solid and mechanical beauty of a skeleton.’

A precursor to Modernism, Carrière founded the Académie Carrière in 1890 in the Rue de Rennes in Paris. Among his students were those who would become known as the Fauvists—André Derain, Francis Jourdain, and Henri Matisse. Pablo Picasso, on his arrival in the city in 1901, also studied under Carrière, whose quasi-monochrome palette is a recognised influence on Picasso’s pink and blue periods.

Throughout his life, Carrière demonstrated a mastery of chiaroscuro. This led him to privilege light over colour, and to create complex and mysterious plays of transparency and depth. Like furtive, evanescent apparitions ungraspable by the brush, his figures emerge as if from a landscape, from a background, from another spacetime.

(1) The large exhibition in honor of the centenary of his birth in 1949 at the Orangerie des Tuileries “Eugene Carrière and symbolism” presents it from this angle.