The Maison Européenne de la Photographie invites you to discover the work of the internationally acclaimed Austrian artist Erwin Wurm in a totally new light in this first-ever retrospective of his photographic work. 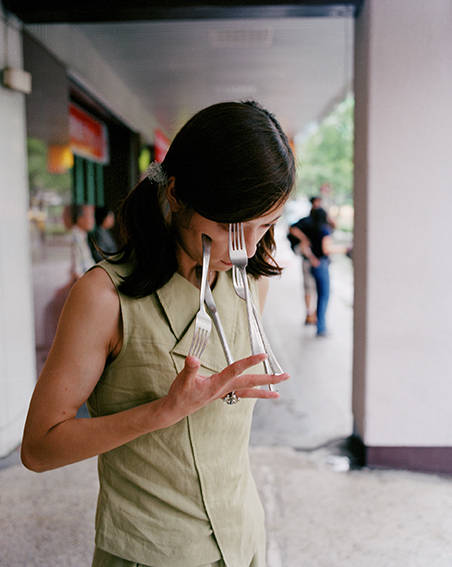 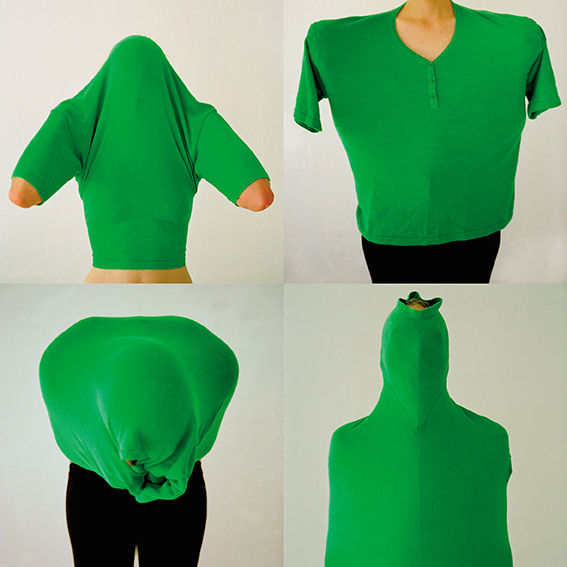 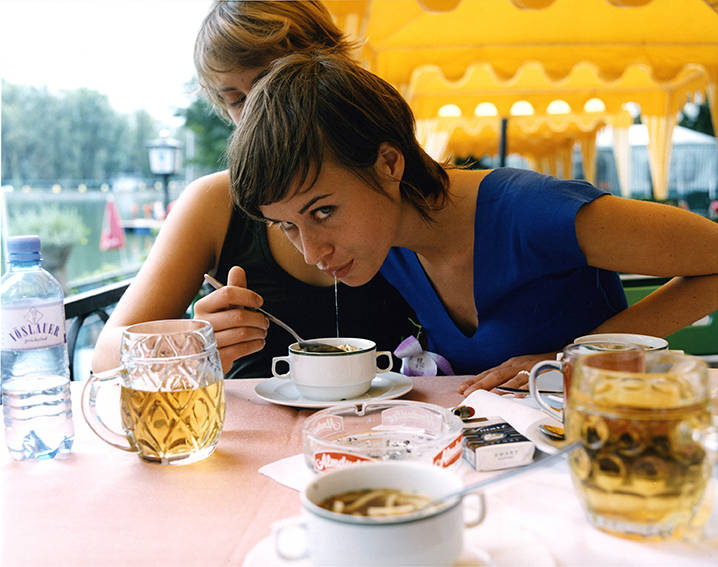 Erwin Wurm
Spit in Someone's Soup (Instructions on How to Be Politically Incorrect), 2003 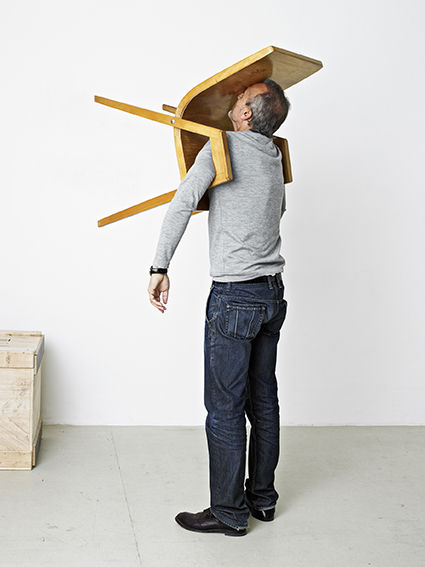 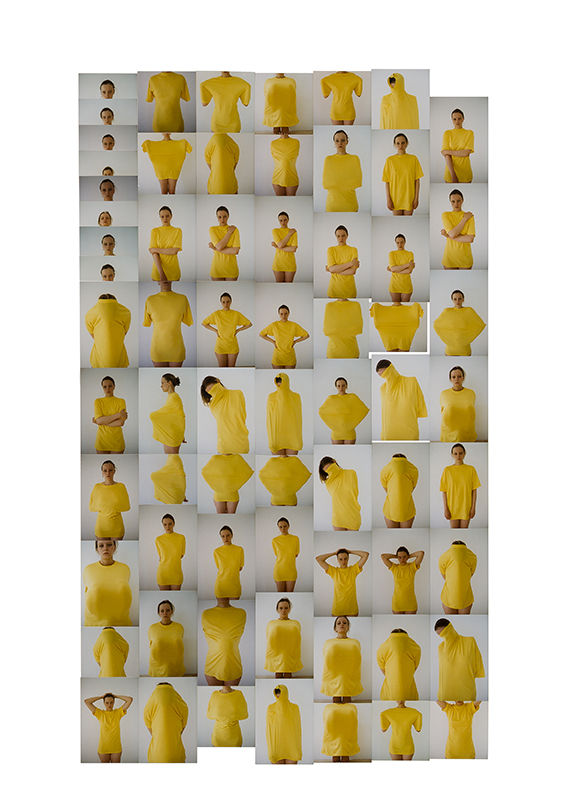 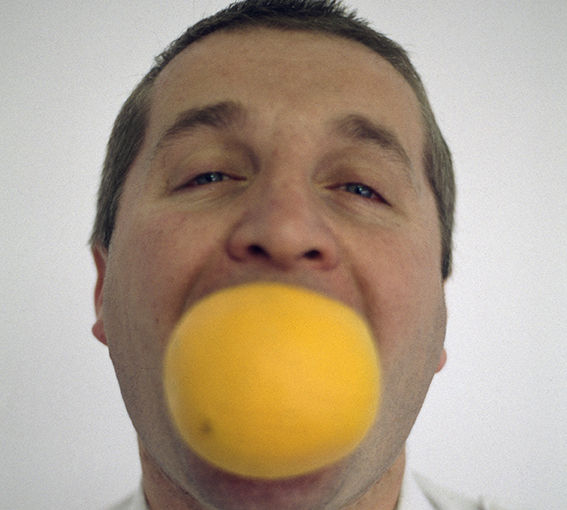 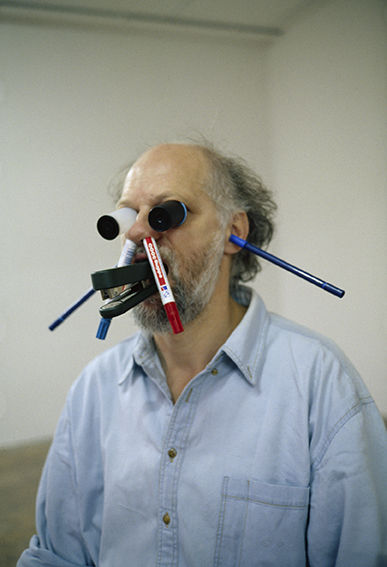 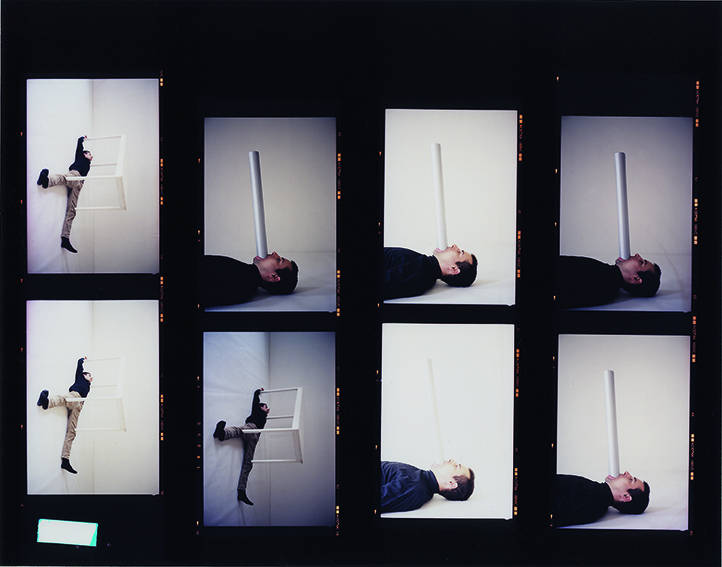 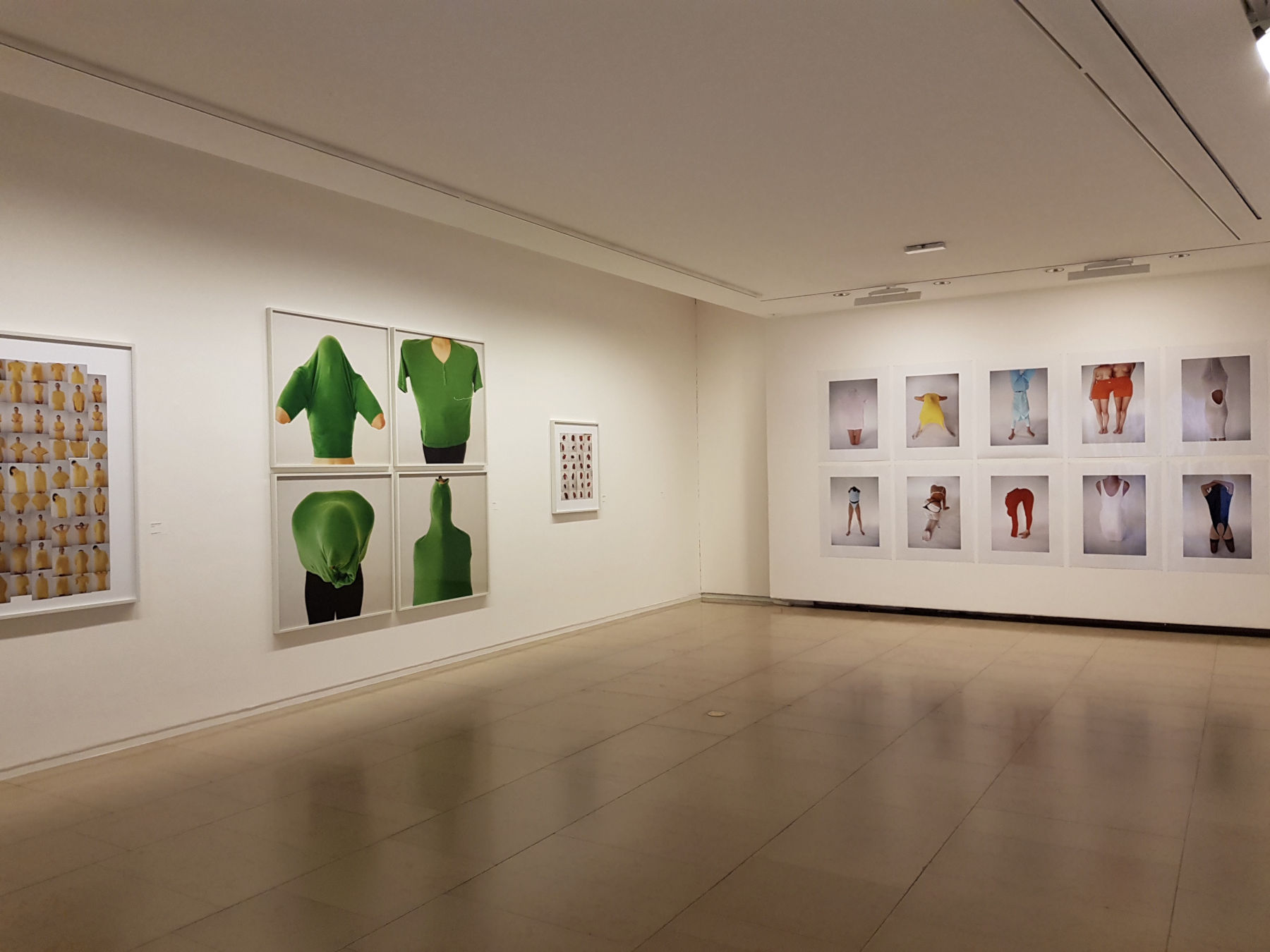 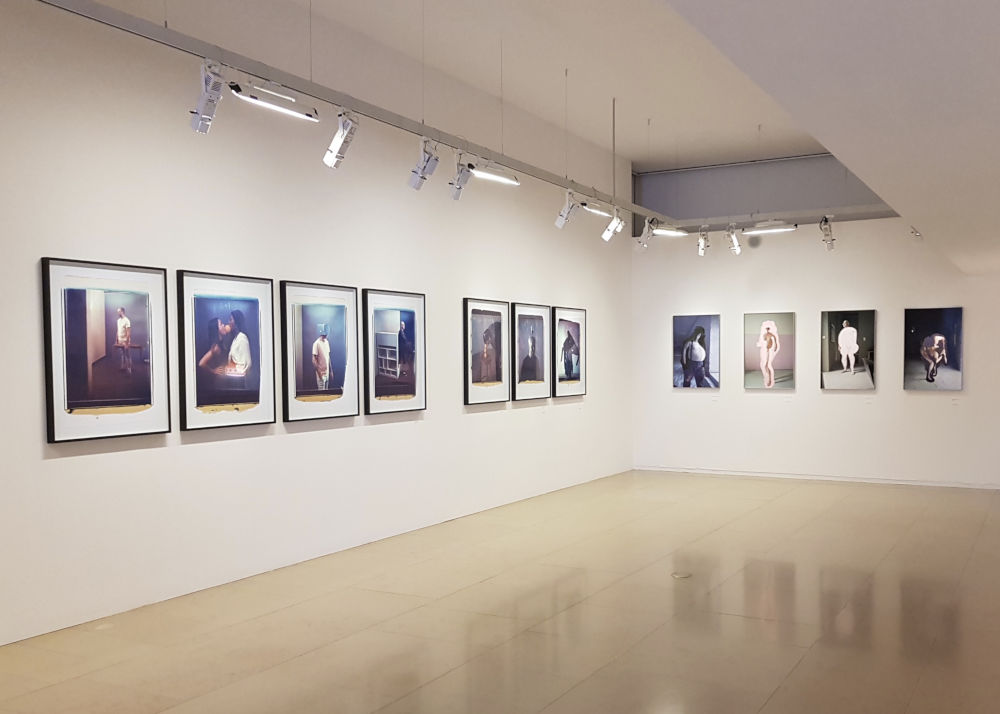 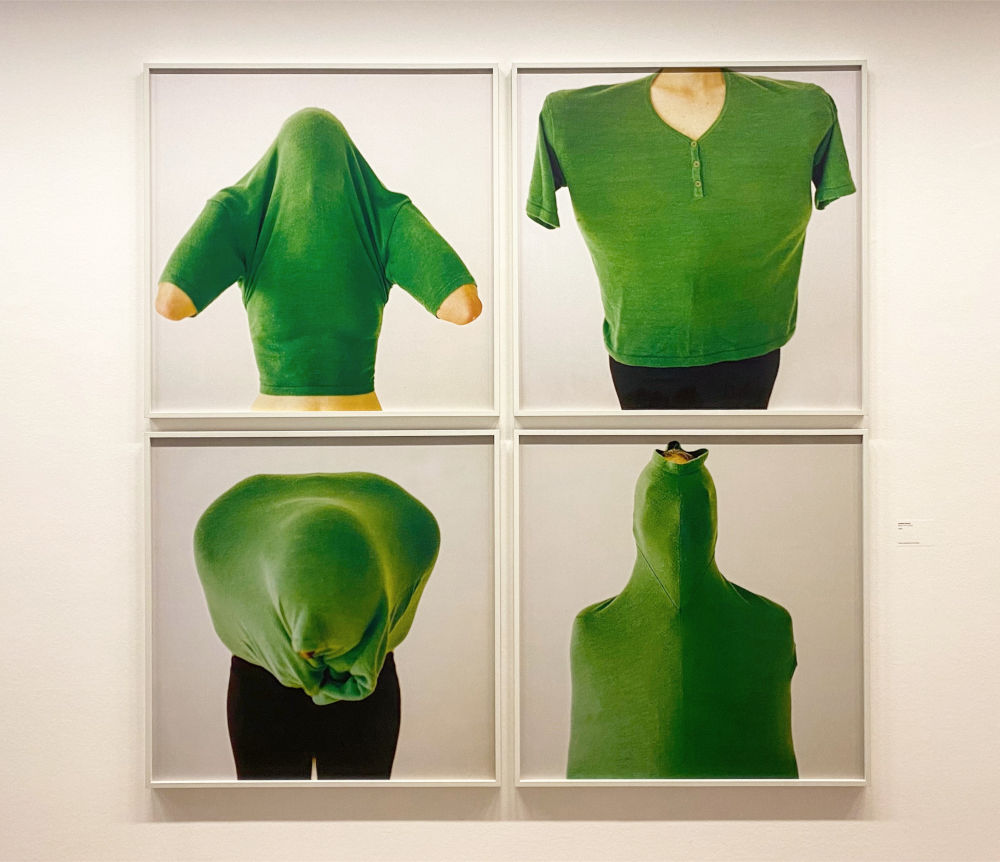 Erwin Wurm is celebrated for a conceptual body of work incorporating sculpture, performance, video, drawing and photography in which he combines a sense of playfulness and a profound sense of the absurd. His work often questions our relationship to the body with irony and cynicism, frequently placing the viewer in a paradoxical relationship with objects. Although he is principally known as a sculptor, the medium of photography has always played a fundamental role in his work, both as a way of documenting and preserving ephemeral works and performances but also as a means in its own right.

Gathering together some 200 prints produced since the 1980s and filling the museum’s two main floors, this extensive exhibition – the first to be seen in Paris in nearly twenty years – presents a number of prints, studies and original contact sheets from the artist’s personal archive, many of them never before seen by the public. Works on display also include completely new works made by the artist expressly for the exhibition based on images from his personal archives. Together they reveal the essential role of the photographic medium in his work, delving into his process and exploring the way he conceives photography as a “sculptural” form of expression; he refers to these artworks as “photographic sculptures.”

From his very first photographic works, Wurm reinterprets the classical definition of sculpture as a three-dimensional object on a pedestal by exploring the ideas of volume, weight, structure, gravity, form and mass, starting with The Arrival of the Portuguese in South America, an experimental series from the mid-1980s, shown at the beginning of the exhibition, along with his ephemeral dust sculptures from 1990, in which he would place an object on a surface, sprinkle dust over it, then remove it to reveal the residual imprints.

For Erwin Wurm, the human body, with its capacity to fill a sweater, occupy space and gain or lose weight is a sculpture in itself. This first part of the exhibition also presents the video and photographs for Fabio Gets Dressed (1992), in which he asked a friend to put on his entire wardrobe item by item, thus becoming transformed into a bloated human sculpture. In 59 Positions that same year, the artist and his friends pulled sweaters and other clothes over their bodies and pieces of furniture, striking ridiculous poses in 59 ways. The idea of human sculpture is also present in Palmers (1997), a photographic series intended as advertising campaign for a lingerie brand in Austria, and in the never-before-seen Gestures series from the early 2000s.

The centrepiece of the exhibition, presented on the third floor, is Wurm’s iconic One Minute Sculptures, which he began in the 1990s. In these works, which combining ephemeral sculpture, performance and relational aesthetics, he gives written or drawn instructions to participants (or to himself) to take up often absurd poses that frequently involve everyday objects such as buckets, tennis balls, fruits or sweaters. For the sixty seconds during which the pose is held, the absurdity of the situation opens up onto larger existential concerns.

The entire series is on display, along with numerous studies and experimental new works and interactive works in which visitors can themselves become living sculptures by following the artist’s instructions. Related photographs include images from the Adelphi series (1999), of the artist performing his own One Minute Sculptures alone in a hotel room in Liverpool; indoor and outdoor performances in Appenzel (1998), Cahors (1999), Taipei (2000) or Venice (2001); and the 2005 Design Objects and Items, in which he uses these same ideas to further deconstruct the notion of sculpture by using his instructions to deform pieces of mid-century and baroque furniture and contemporary artworks.

Other instruction-based series emphasize the sociocritical aspect of Wurm’s work. In Instructions for Idleness (2001), the artist suggests “Stay in your pyjamas all day,” “Express yourself through yawning” or “Fantasize about nihilism”; in How to Be Politically Incorrect (2002-2003) he flouts social conventions (urging us for instance to “Spit in someone’s soup”). His 2012 De Profundis project combines photography and painting in nude portraits of his male colleagues inspired by poses found in Gothic and early Renaissance art, will be presented alongside his Noodle Sculptures (2016), documenting a sculpture-performance using pasta noodles, and recent large-format Polaroids, seen in the last part of the exhibition.

A sculpture installation will also be presented in MEP’s courtyard garden.