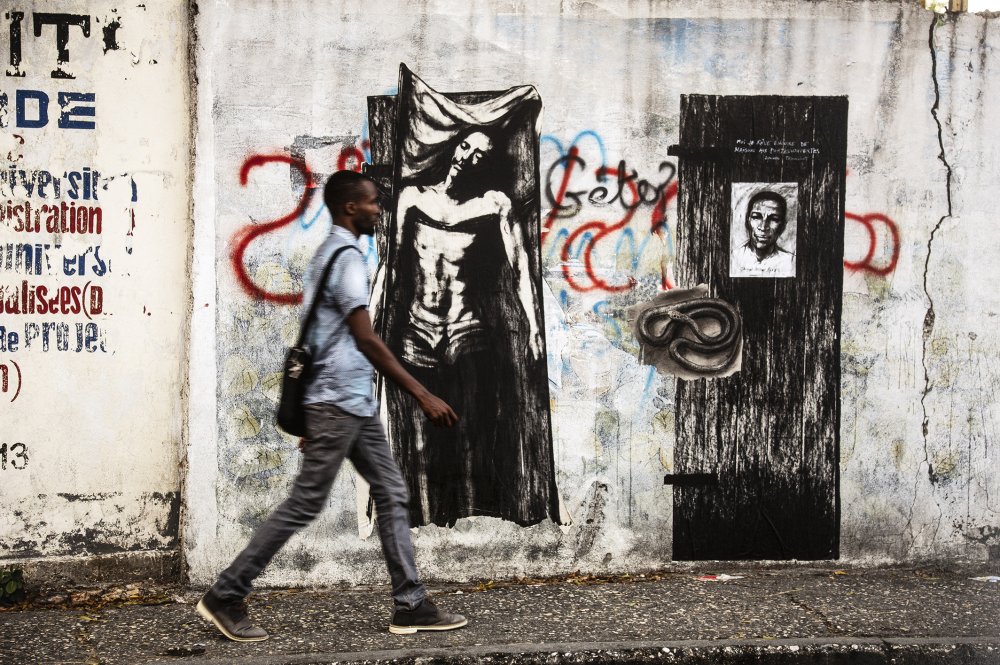 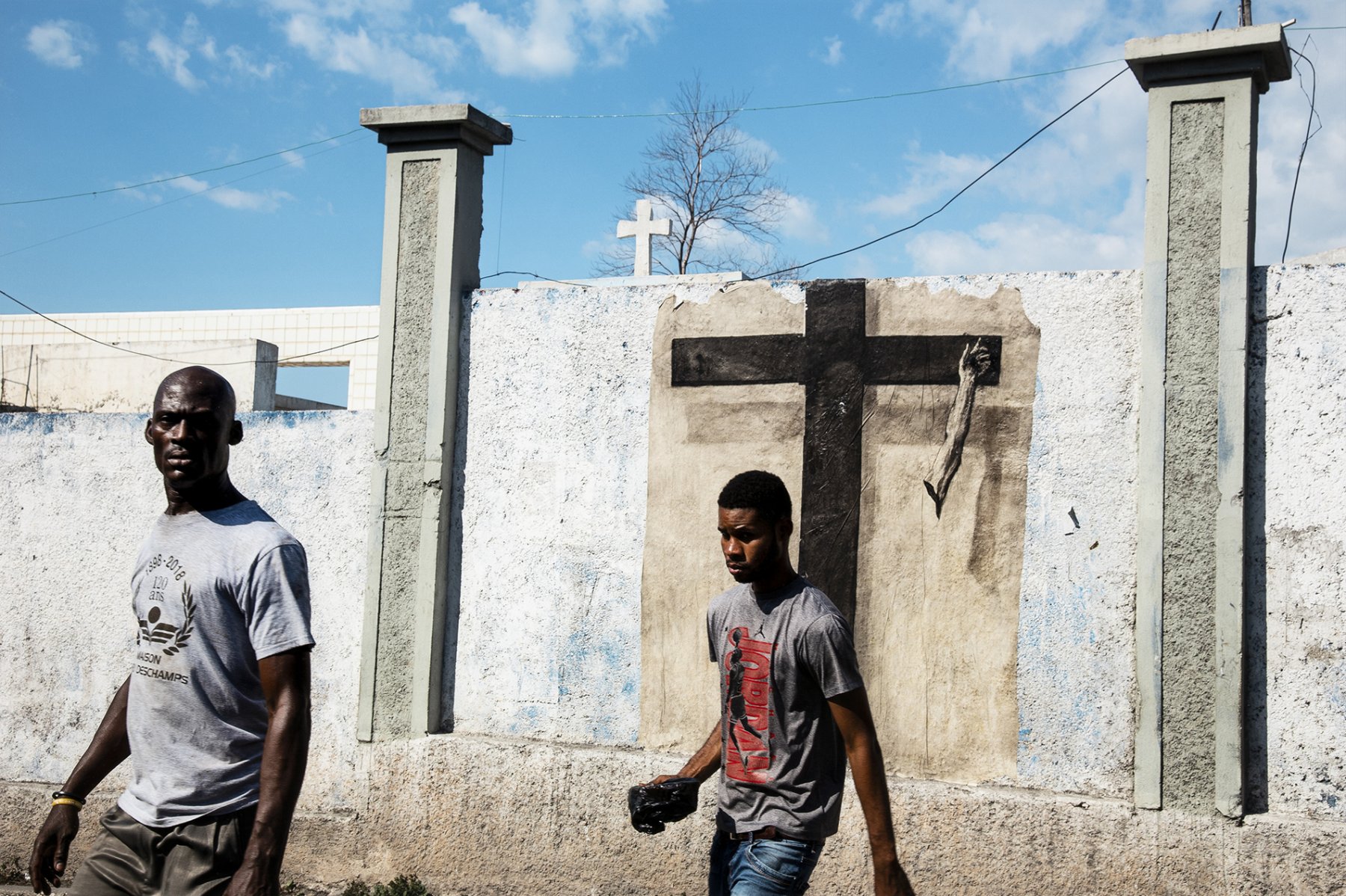 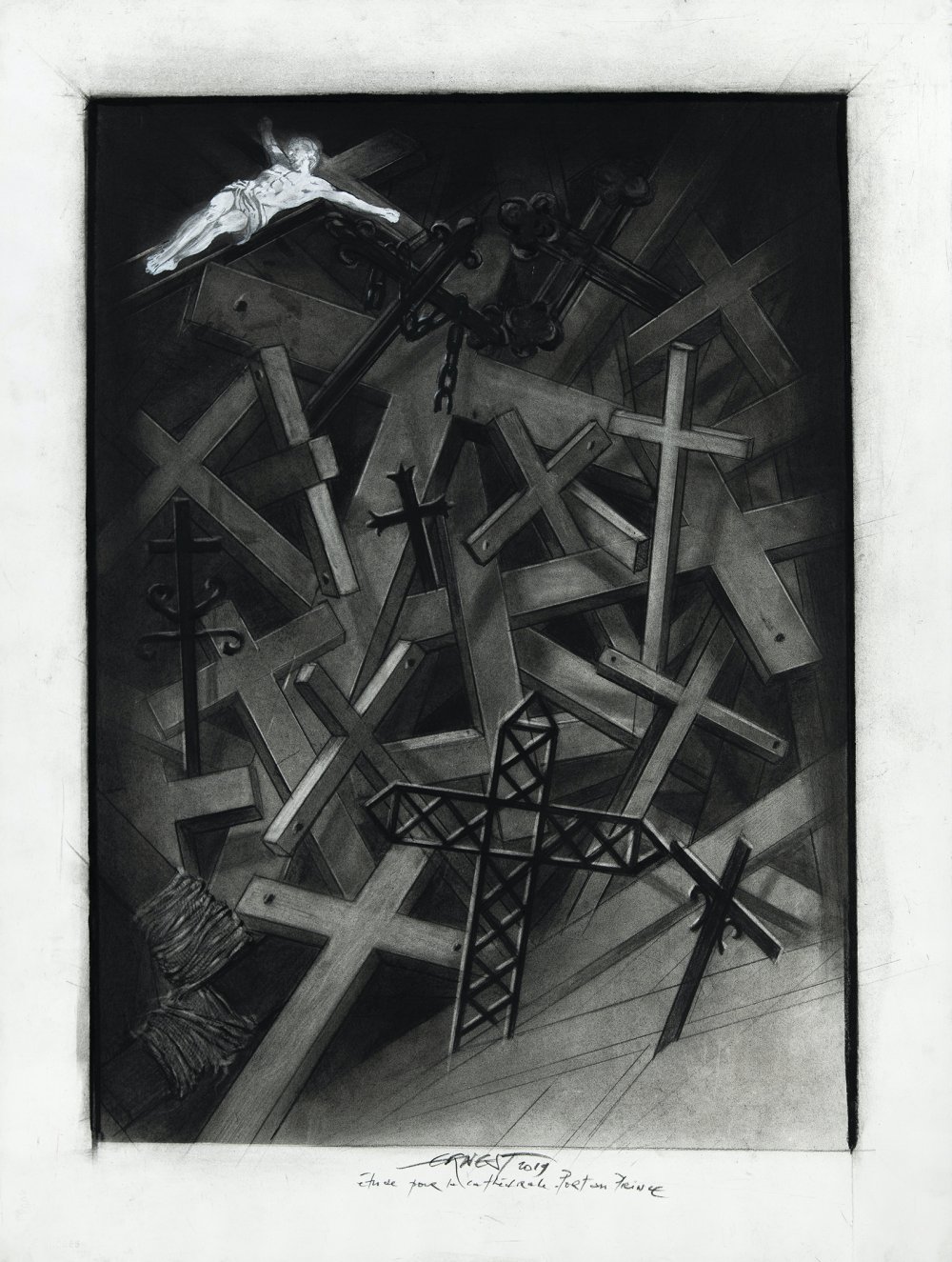 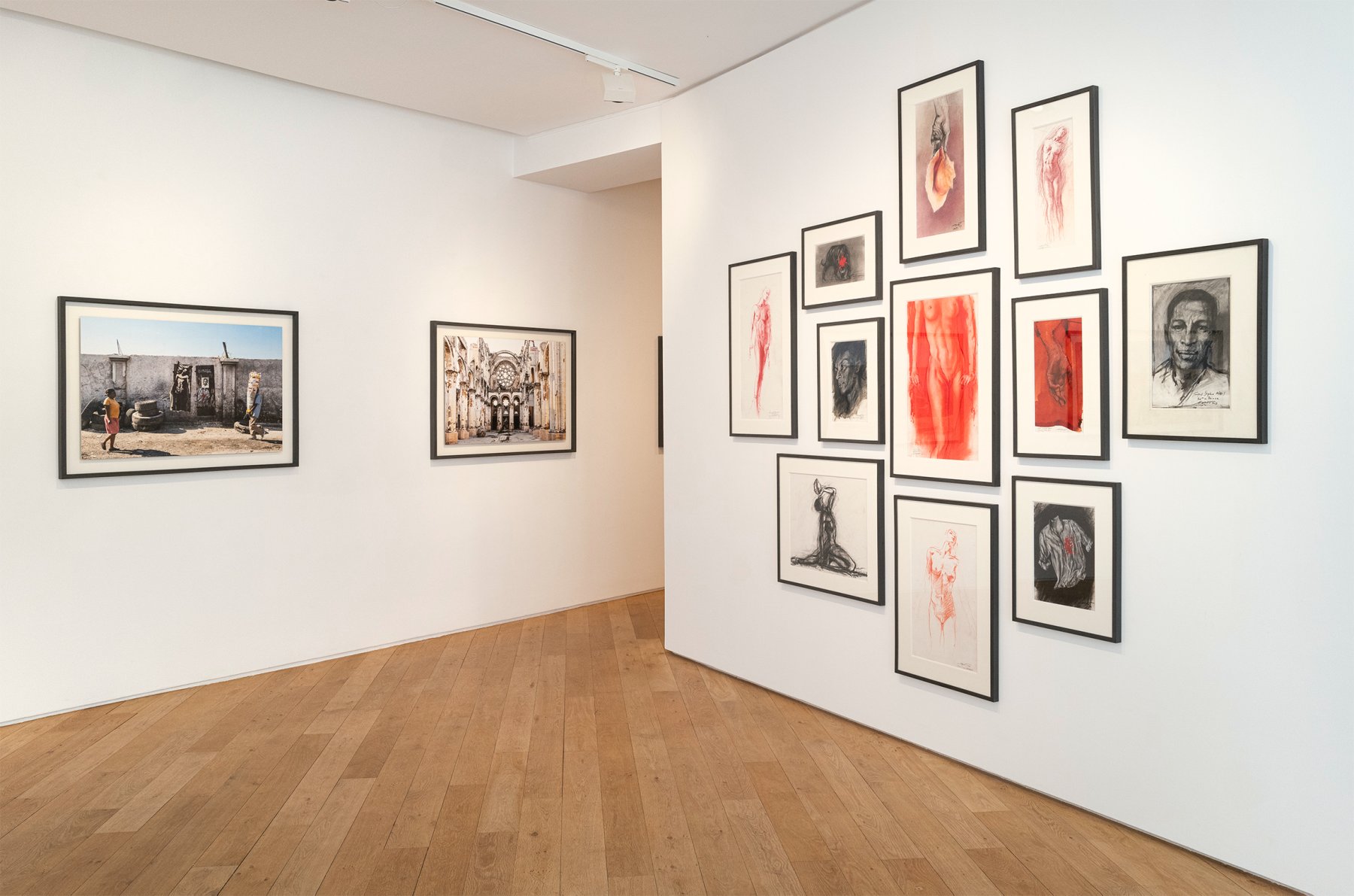 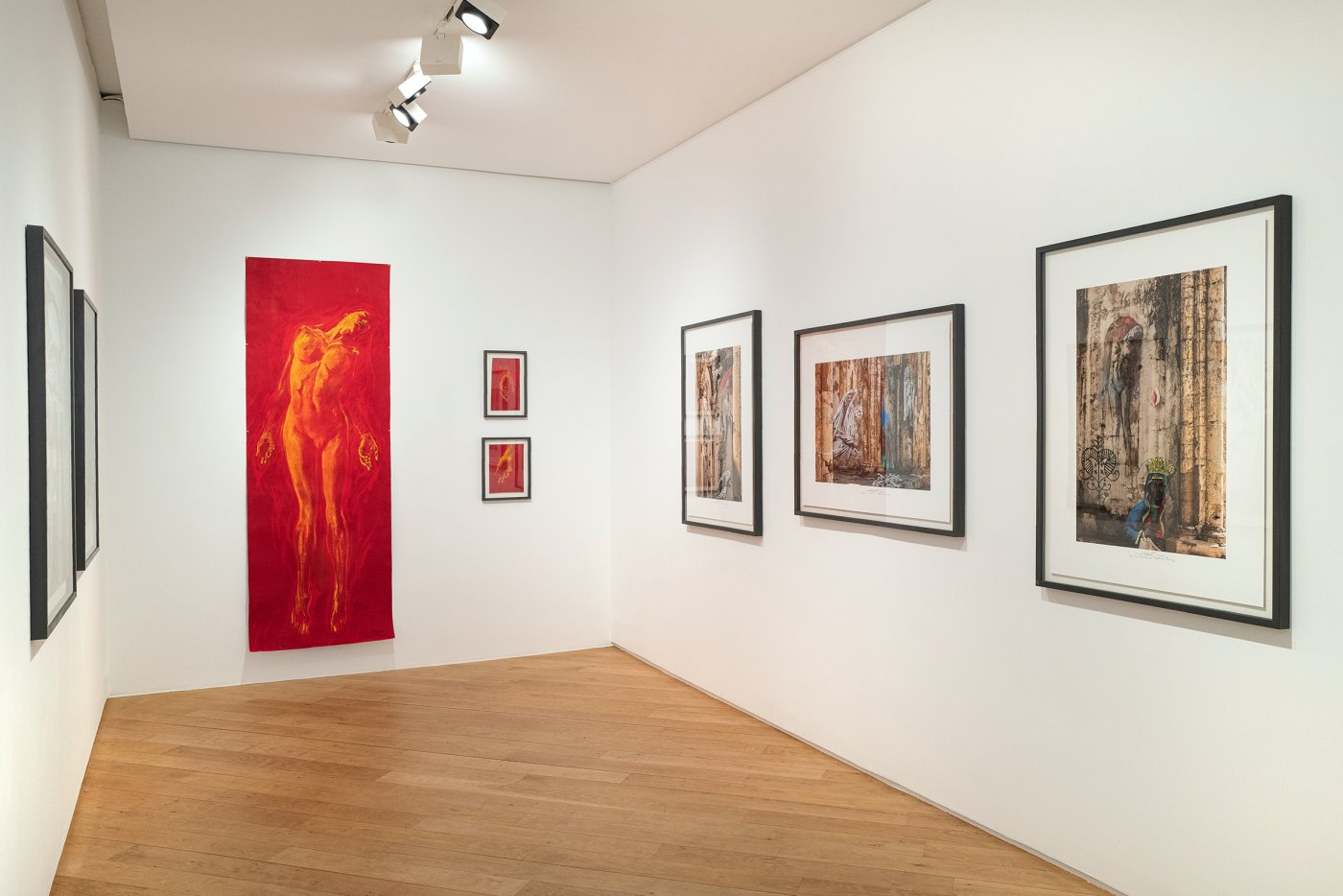 After Saint-Malo, where in 2011 I spoke in public with Jean Rouaud, the Etonnants Voyageurs festival and Michel Le Bris responded to a request from Haitian authors and invited me to Port-au-Prince. The festival included film screenings, discussions and encounters with Caribbean writers. Thanks to Pascale Monnin and James Noël, I was able to discover the city, the incredible bustling life that reigns there, the tragic consequences of the 2010 earthquake that linger, the ruined cathedral, the vitality of creativity and the religious syncretism that runs through it all.

The meeting with Lyonel Trouillot, our obvious affinities and the discovery of his work allowed me to get closer to the Haitian reality and its poetry, which are inseparable, and led me to the work and the person of Jacques Stephen Alexis (1922-1961). I discovered his writing and his destiny, which combine to make him one of those figures, like Mahmoud Darwhich, Neruda or Pasolini, who embody their era, their community, their people, its history and their aspirations. It is what he said about himself that made me understand why I felt an intensity in Haiti similar to that experienced when arriving in Naples:

“First and foremost a son of Africa, I am nevertheless a descendent of the Caribbean and of Native Americans as a result of a secret movement of blood and the prolonged survival of cultures after their death… In many ways, I am also a descendant of the Old Europe, Spain and France in particular… I have unhesitatingly chosen the human families which seem the closest to me, the Negro family and the Latin-American family

The island of Haiti is home to a crossroad of cultures, beliefs and legends, from the most magical to the crudest. Tyrannies seem be ever-present in Haiti, they impose themselves in extreme violence, and in their desire to terrorise their cruelty is ever more visible.
In 1503, the Spanish had barely set foot on land when they betrayed and hanged the Taino Princess, Anacaona, the Golden Flower; the French settlers burned to death Makandal in 1758 in front of the cathedral and in 1791 displayed the severed head of Dutty Boukman. In 1919, the new invaders, the Americans, executed Charlemagne Péralte, then exhibited his body, bound to a door, and shared its photograph thousands of time. Heir to this sinister bloody tradition, Duvalier demanded that school children attend executions.

In this historical context of unbridled cruelty, where torture and murder are proclaimed, declared and displayed, what does it mean for Duvalier to deny having ordered the execution of Jacques Stephen Alexis? Unless it implies that he was aware of the awfulness of his crime, and realised that he could not – even after time had passed – face “the clamour made by a poet that we kill” (Aragon wrote this about Lorca). Because the poet in question (his thinking, his writing and his imagination) is the country itself.

Deceased and deprived of a tomb, the whereabouts of his body unknown, I wanted to use my first collages to return the face of Jacques Stephen Alexis to the streets of Port-au-Prince: his portrait, accompanied by symbols from his work, engraved on an image of a doorway, placing his destiny in the line of that of Charlemagne Péralte. When the situation in Haiti allows me to return, I hope to produce other collages, some of which have already been sketched out, as we will see in the exhibition.