Erna Rosenstein: Once Upon a Time

Erna Rosenstein: Once Upon a Time


Hauser & Wirth presents ‘Erna Rosenstein: Once Upon a Time,’ the first monographic exhibition outside of Poland devoted to Erna Rosenstein (1913 – 2004). One of the key figures of the Polish avant-garde, Rosenstein’s wartime survival, commitment to Surrealism, and lifelong adherence to leftist ideologies course through a remarkable array of paintings, drawings, and assemblage sculptures, as well as poems, diaristic writings, and deceptively whimsical children’s stories. 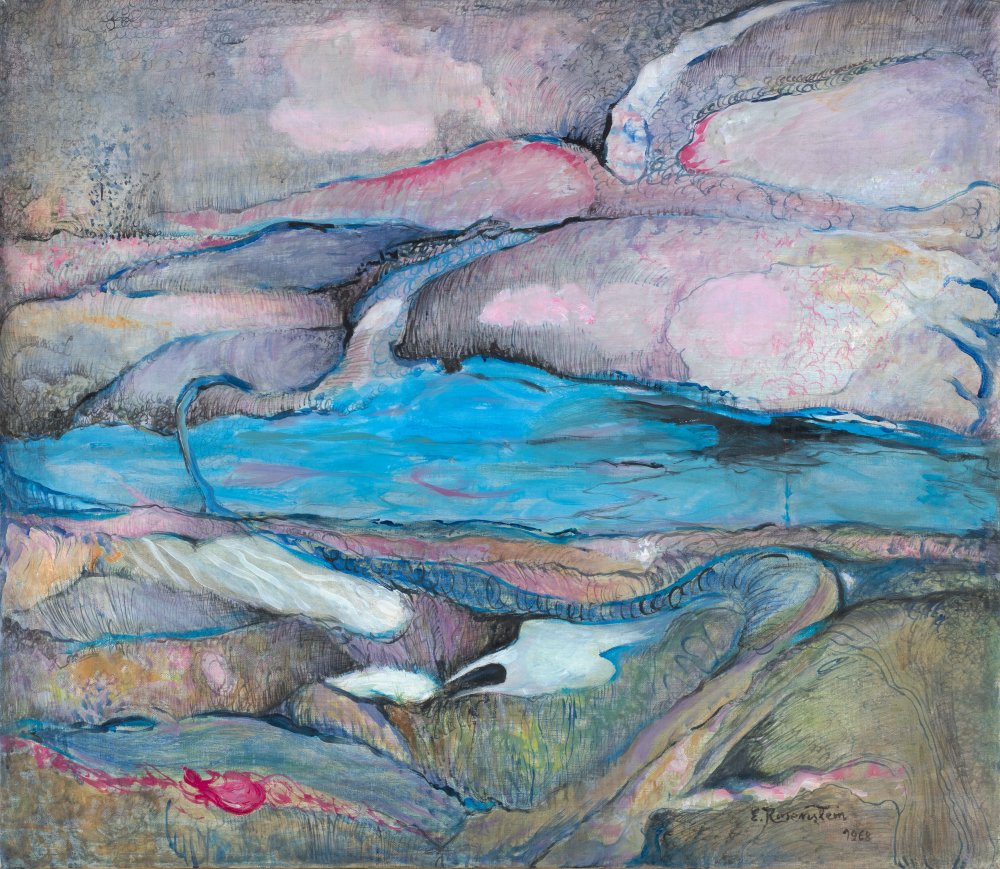 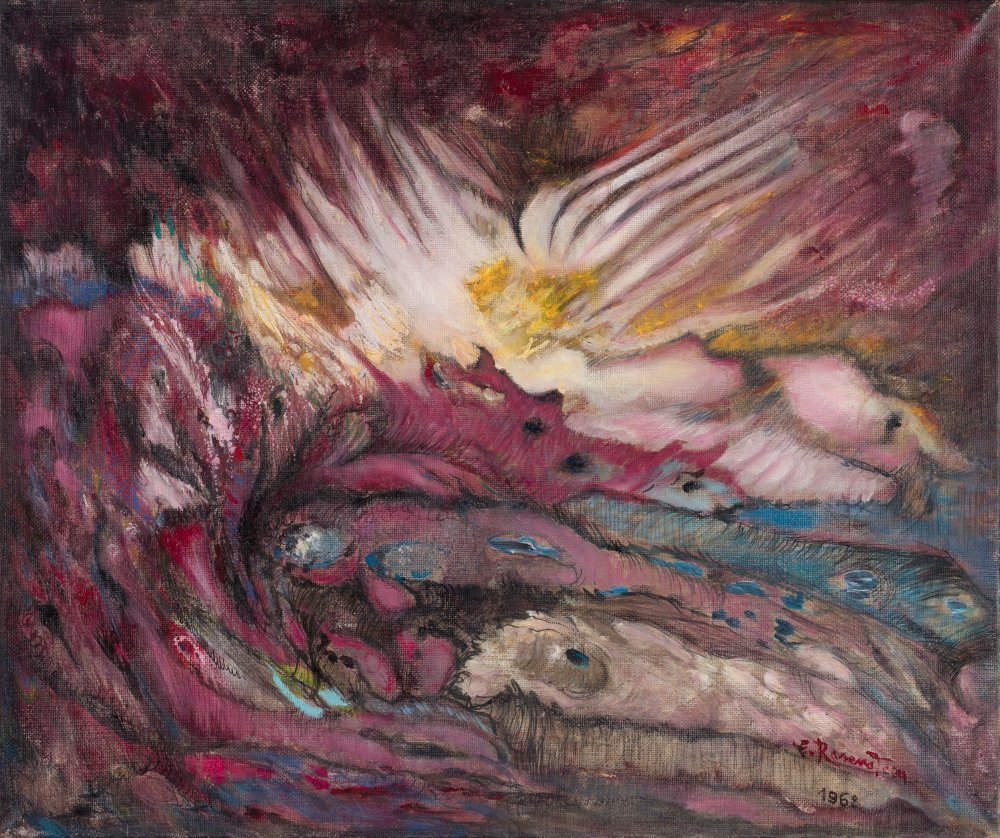 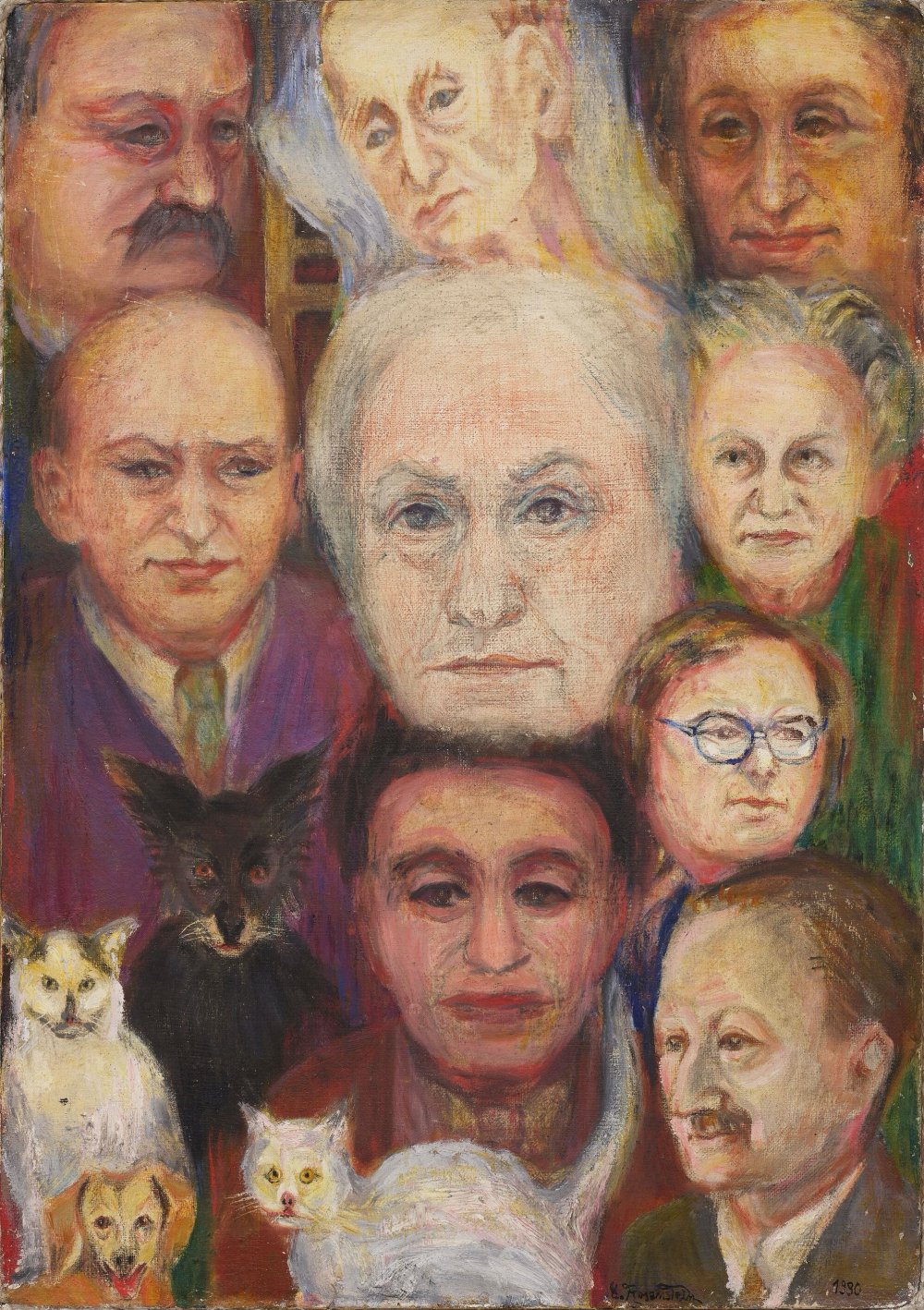 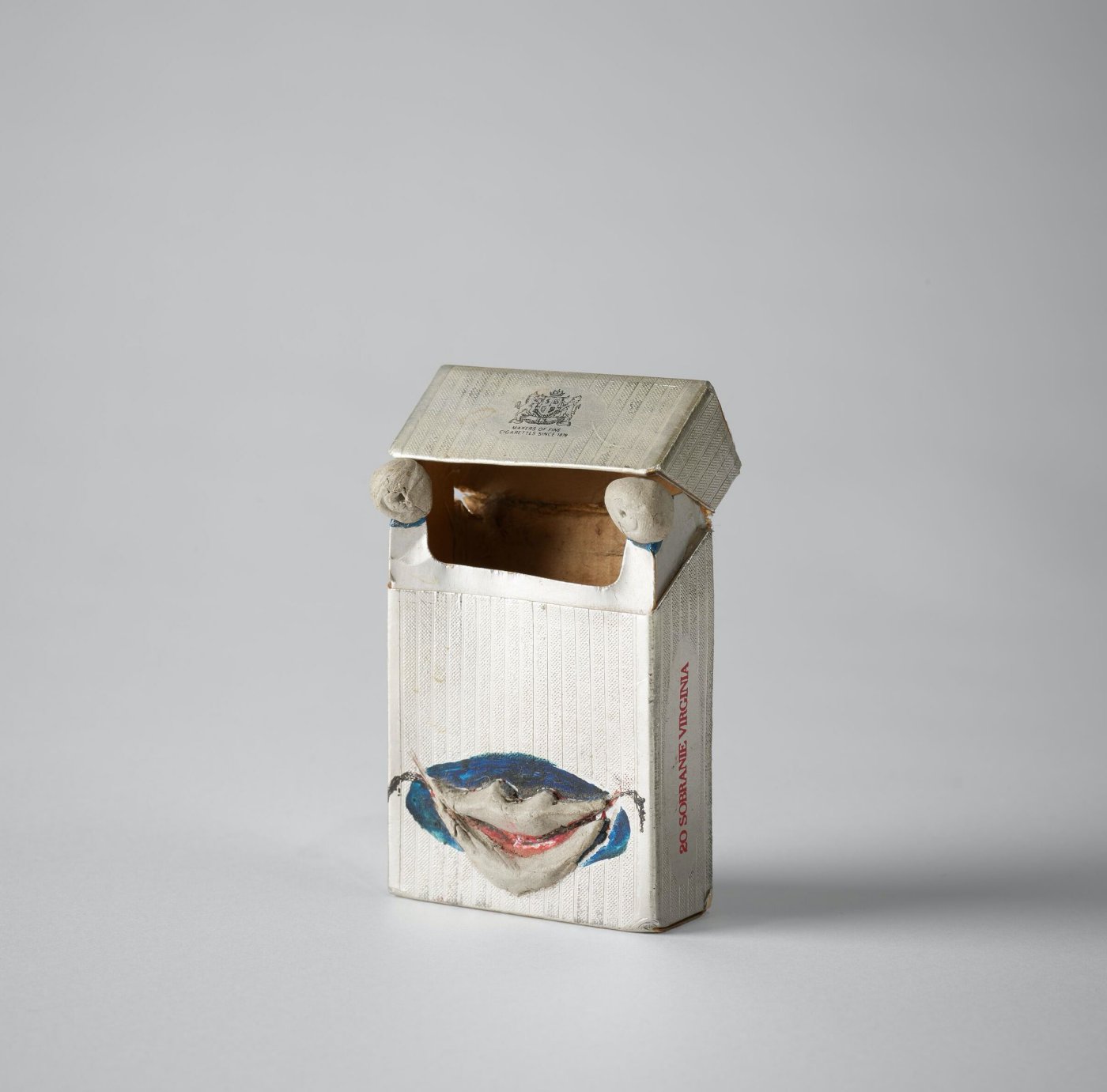 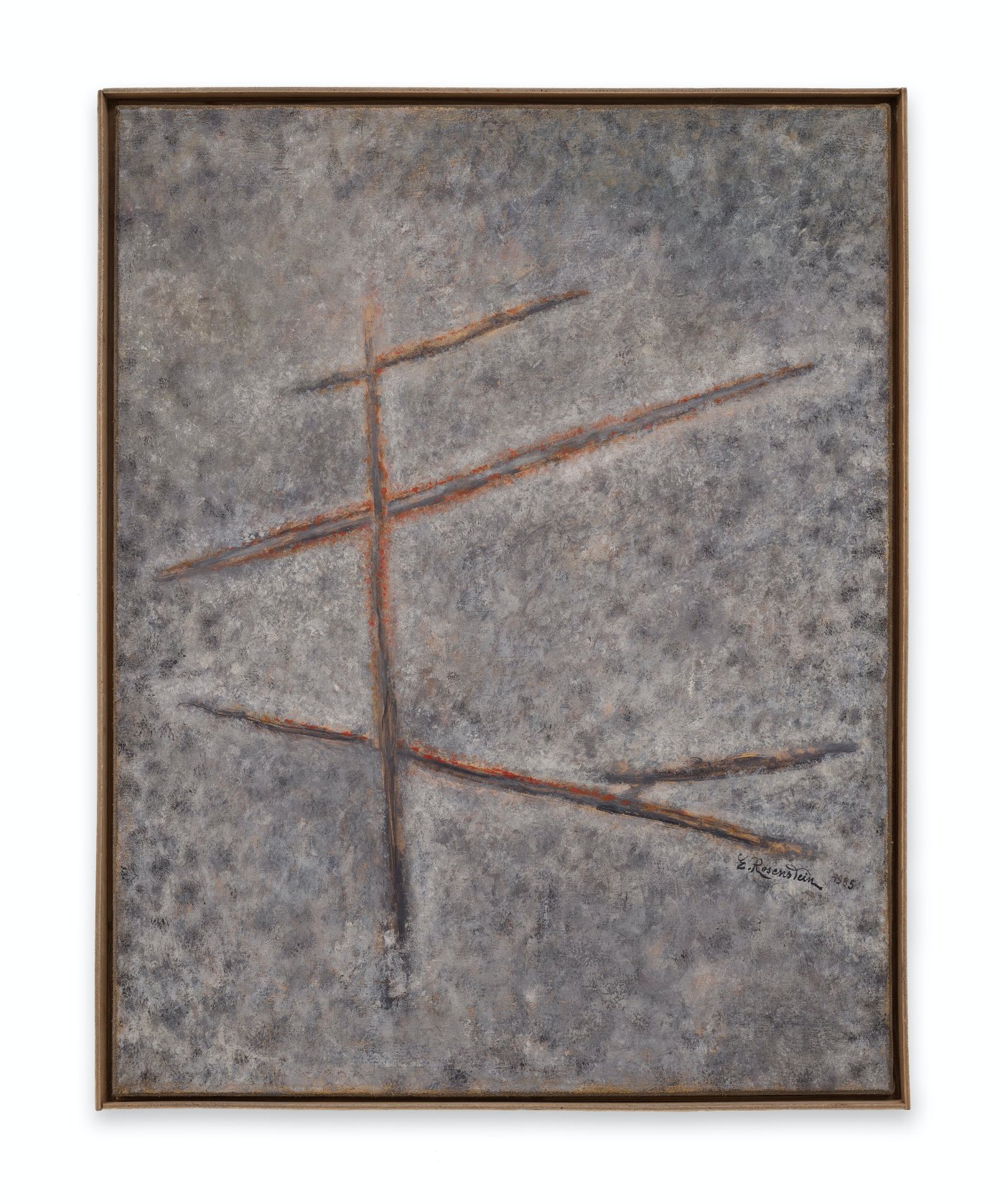 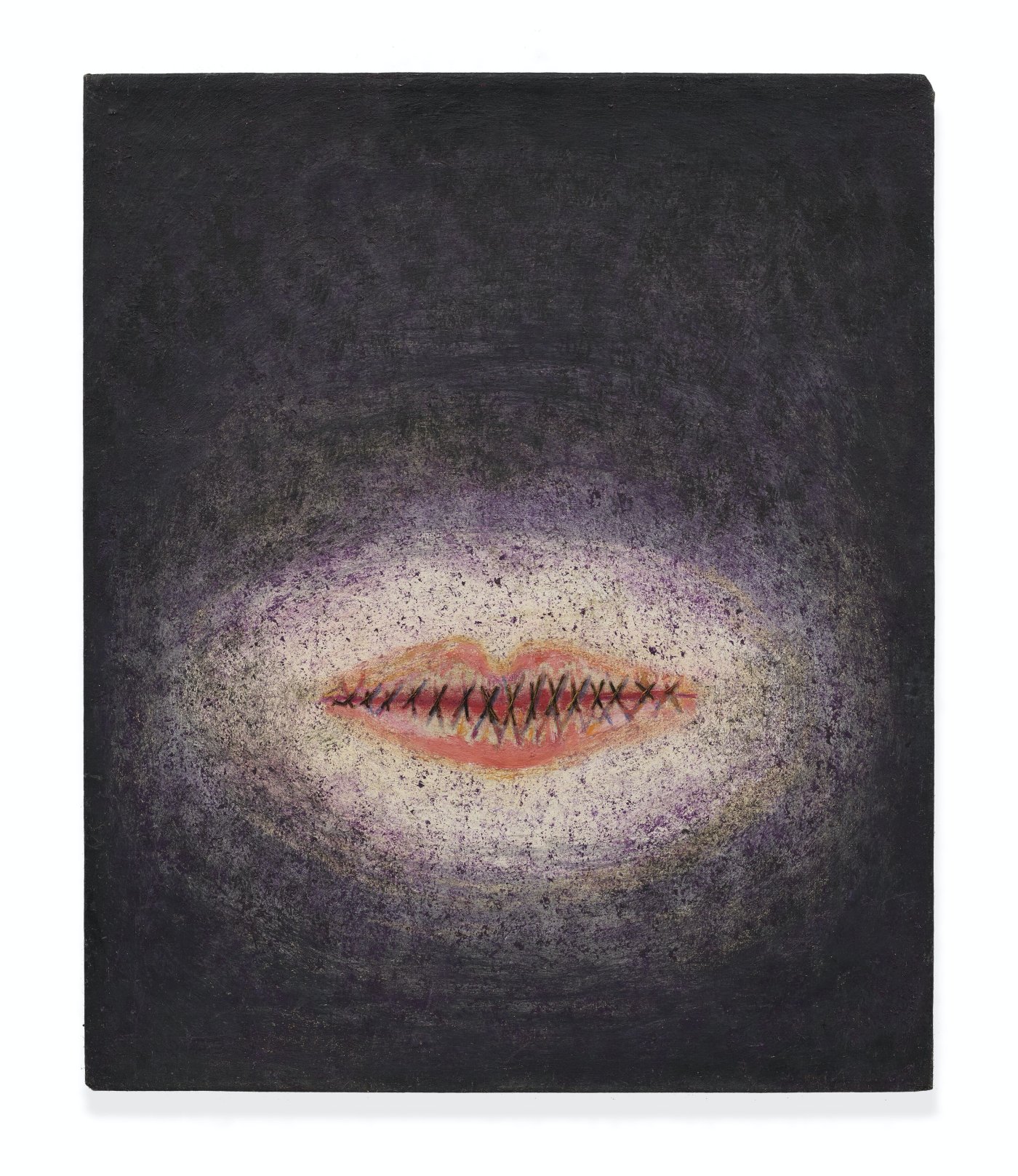 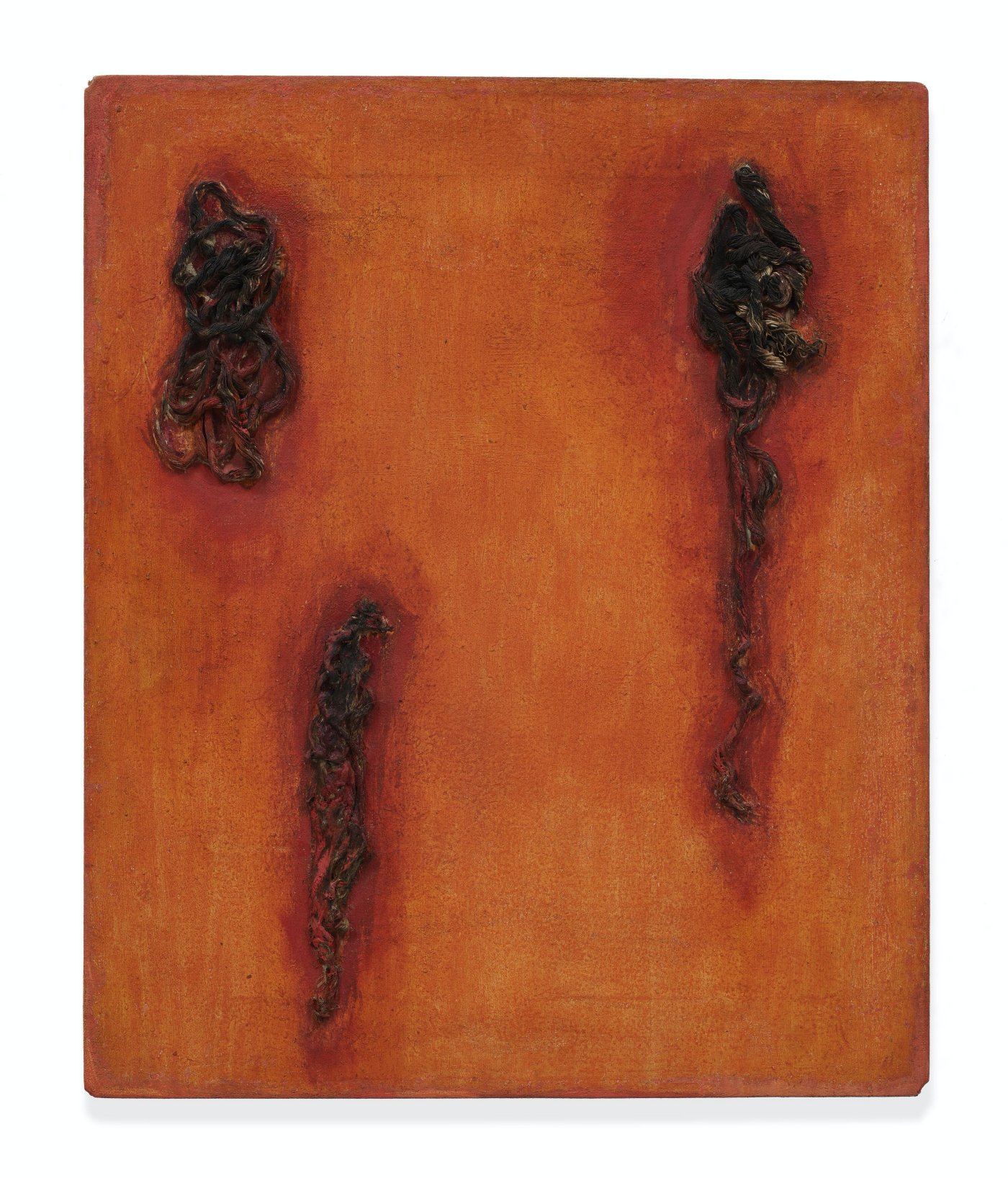 Erna Rosenstein
Cieknie (It Is Leaking), 1989 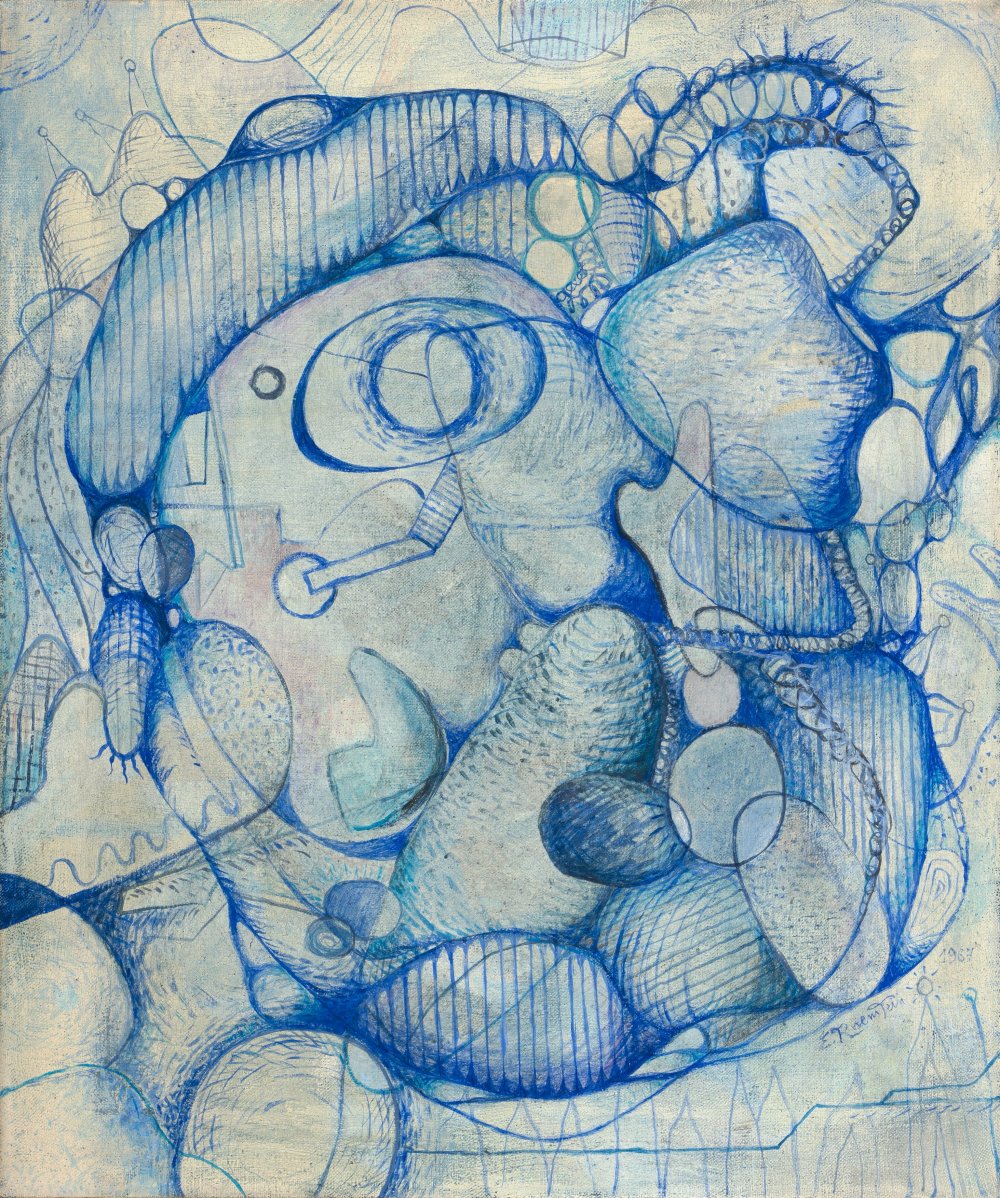 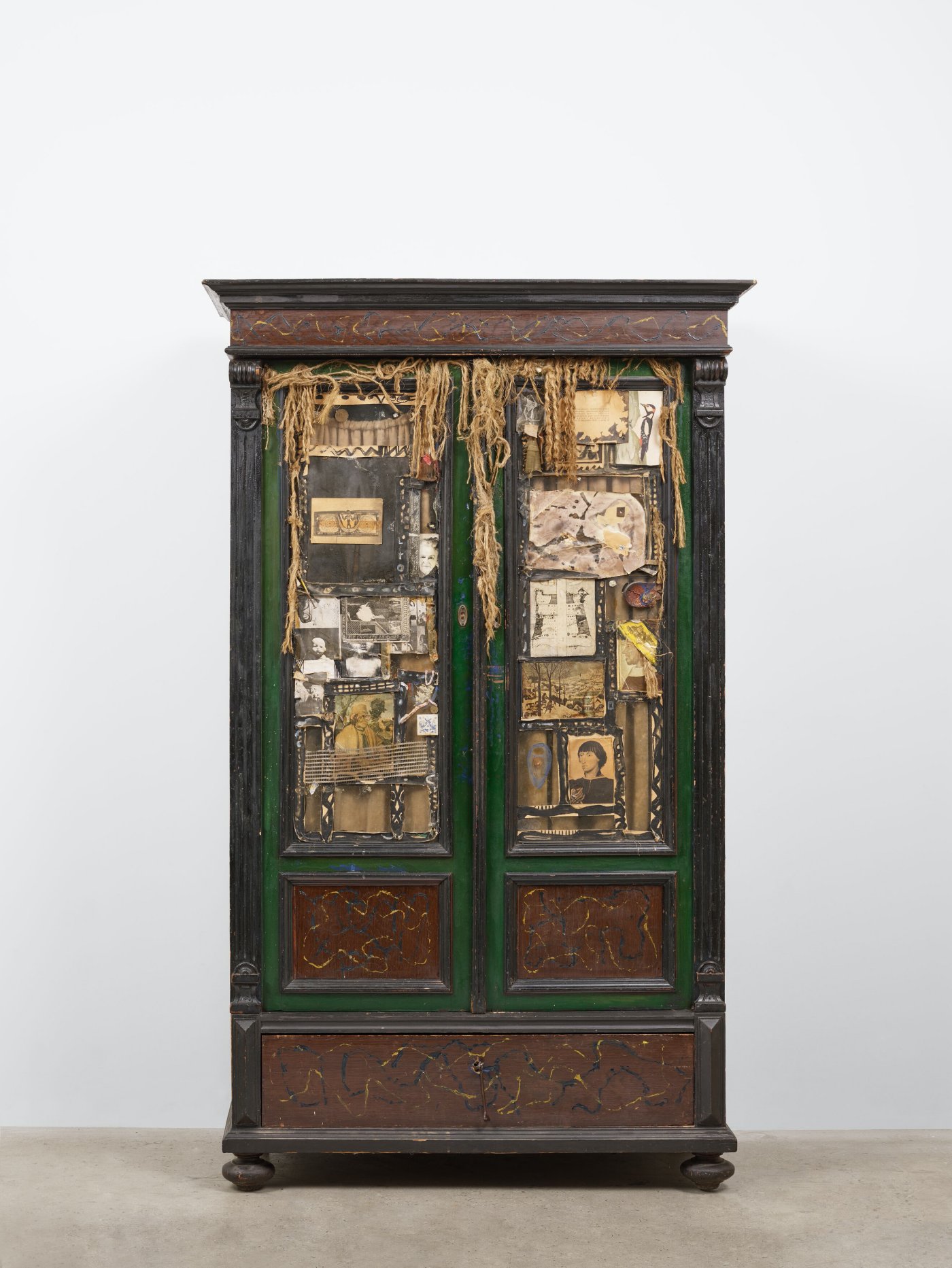 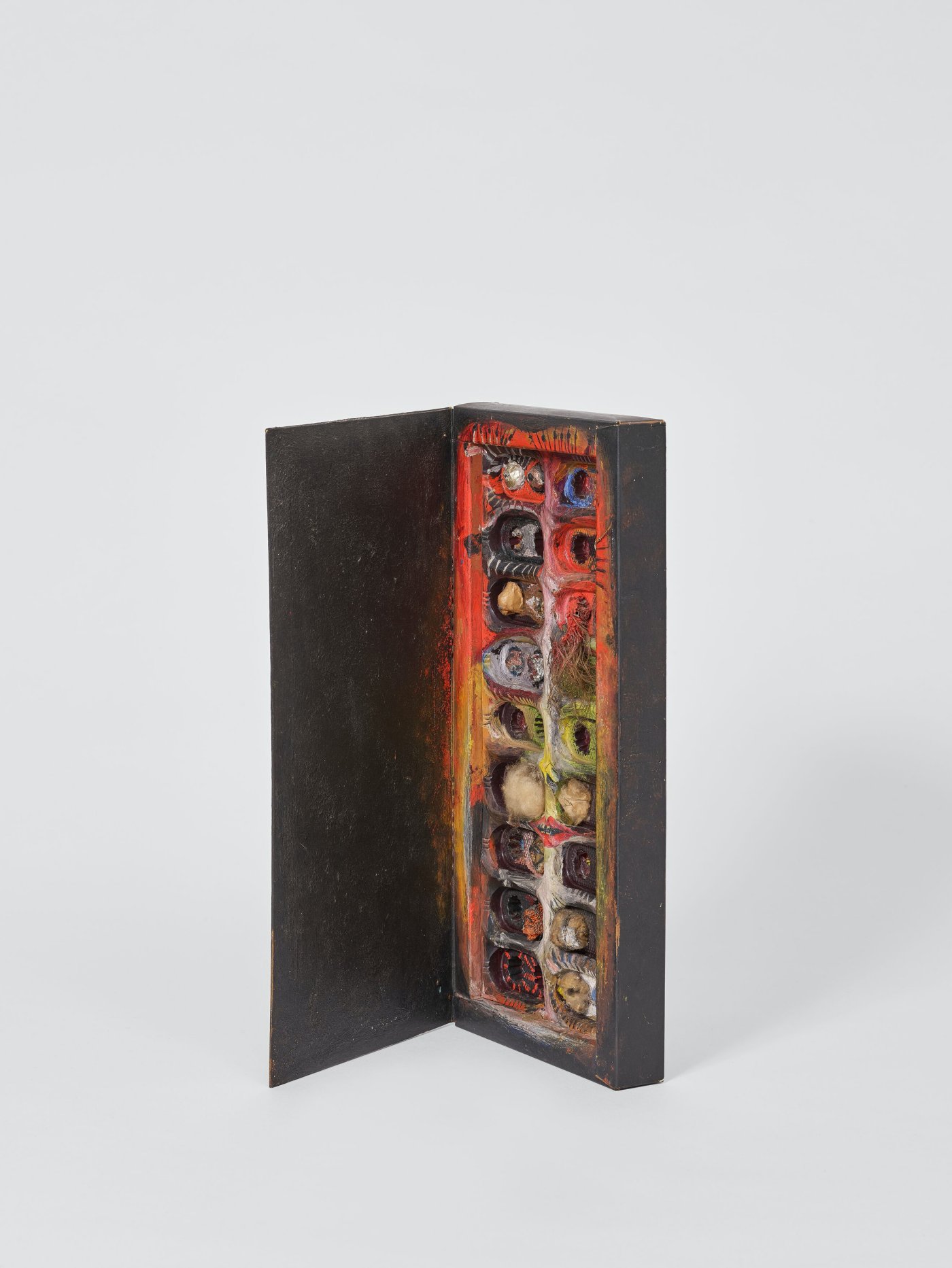 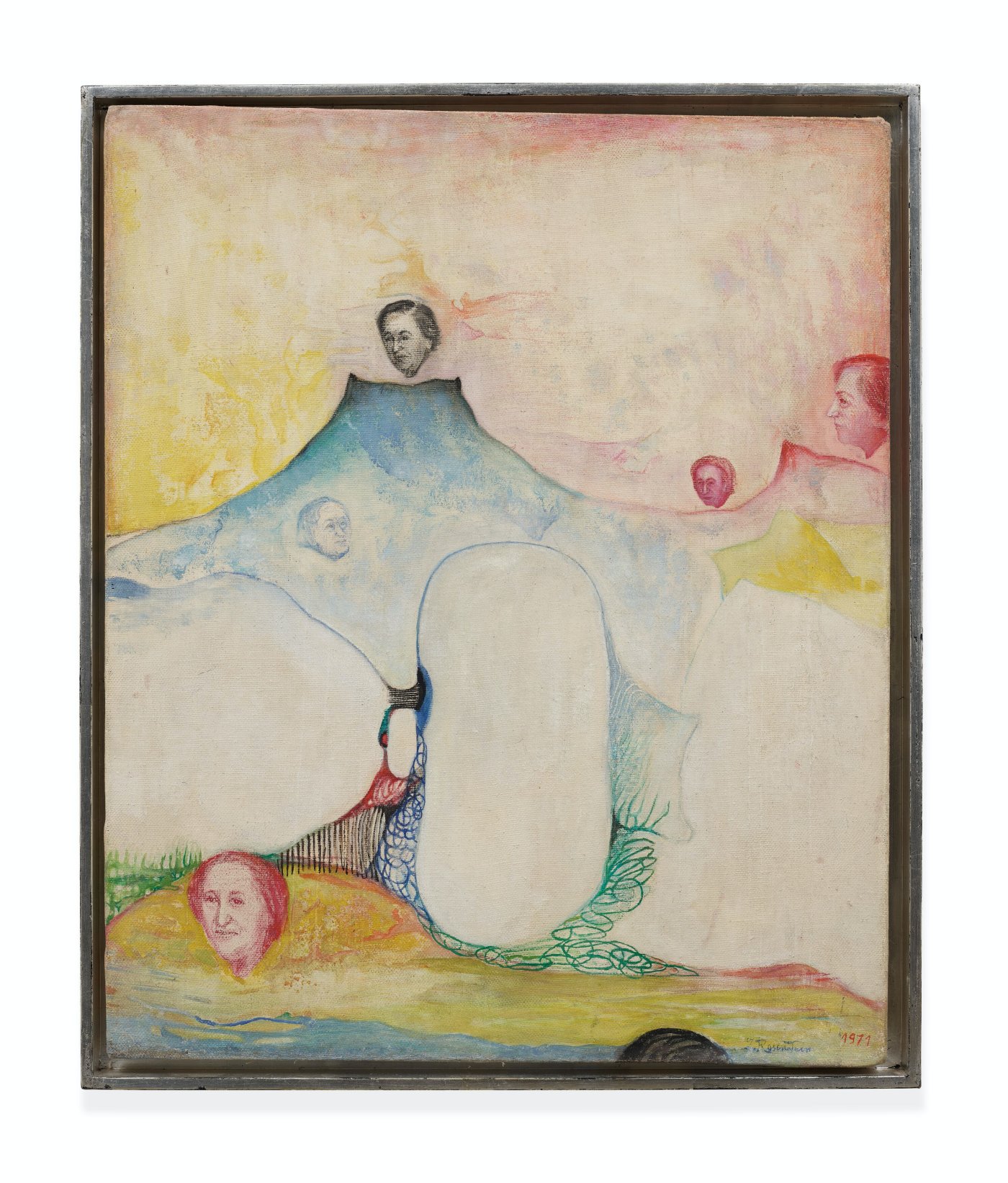 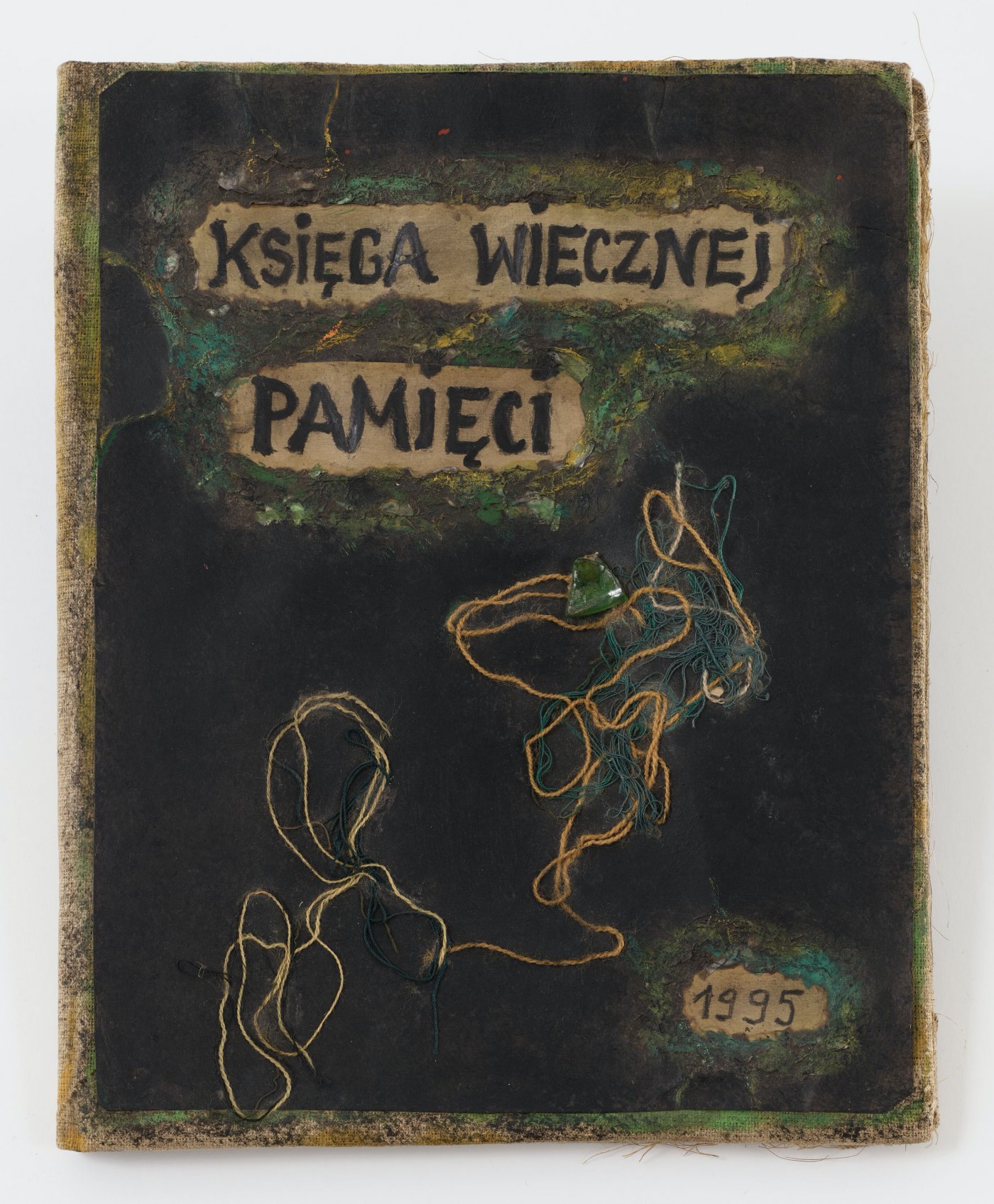 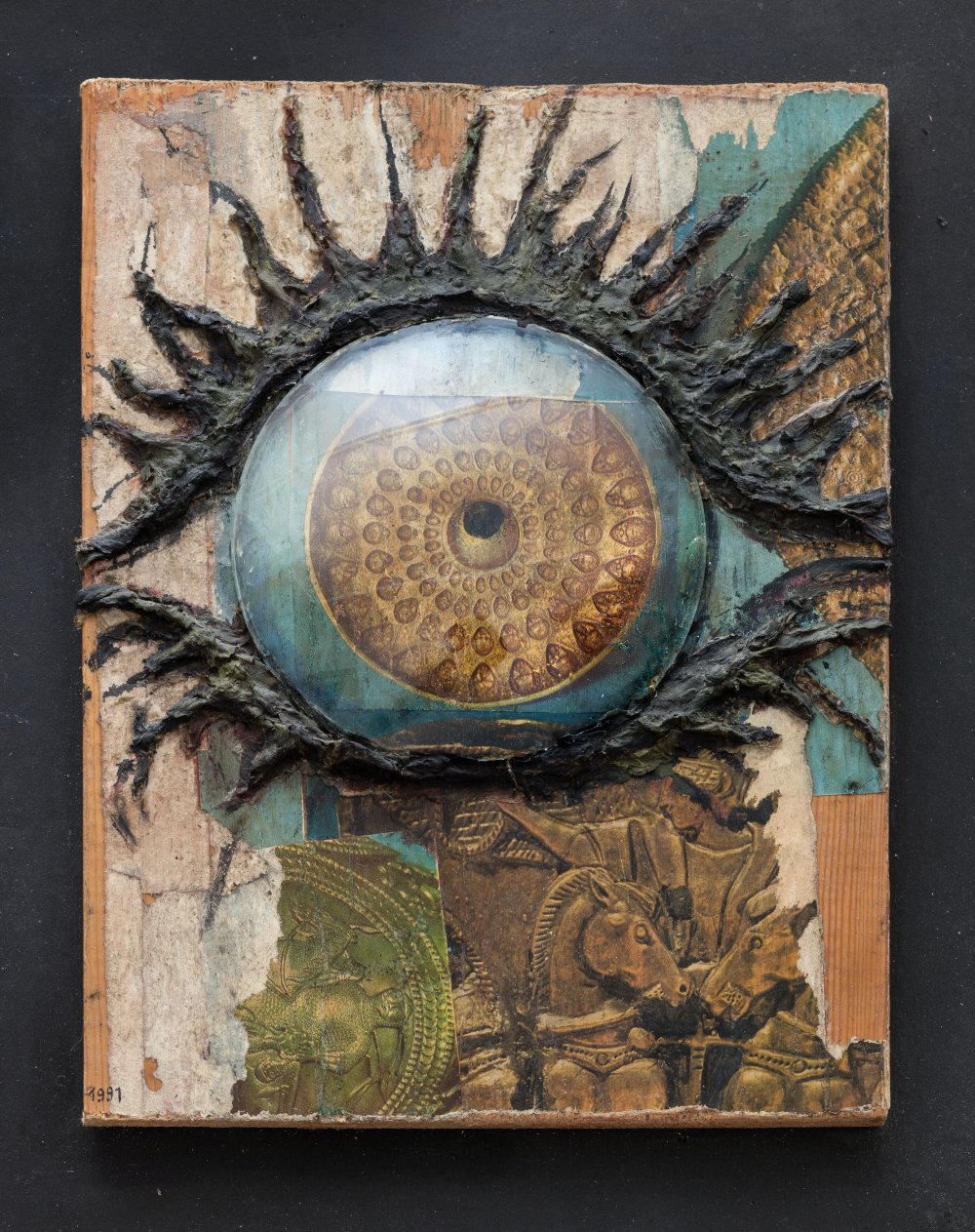 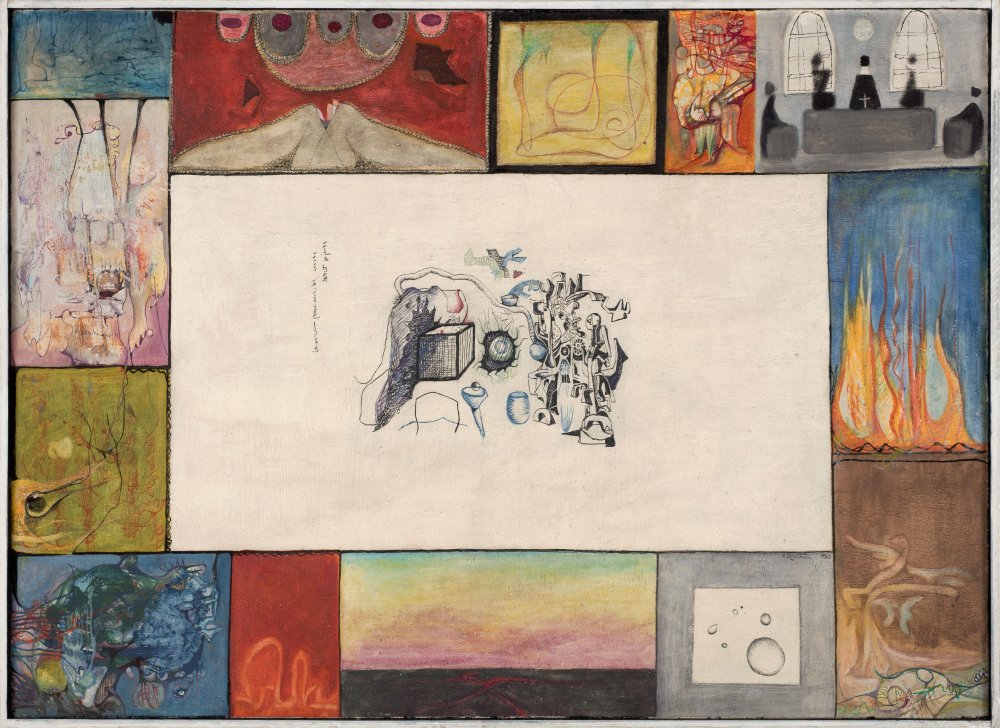 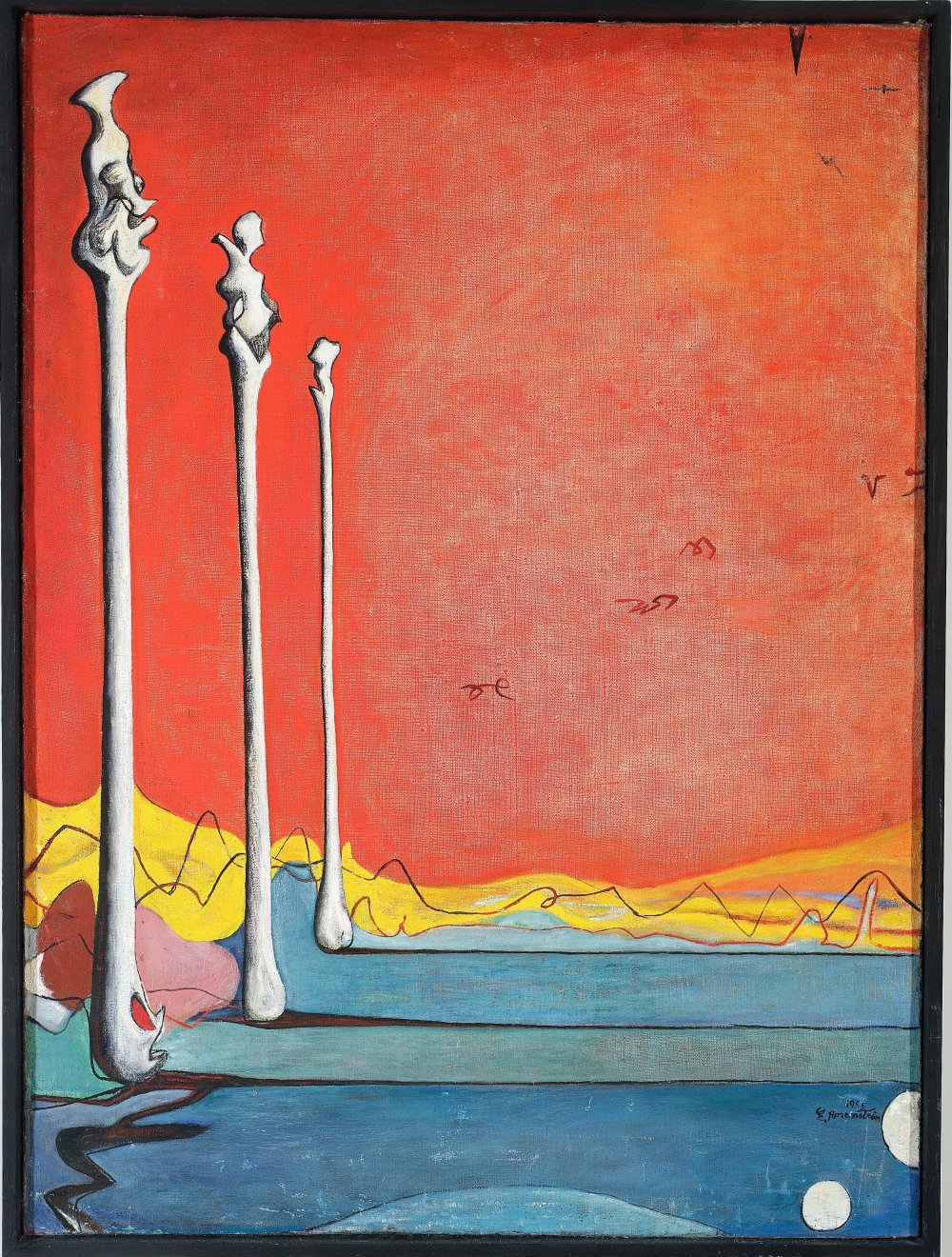 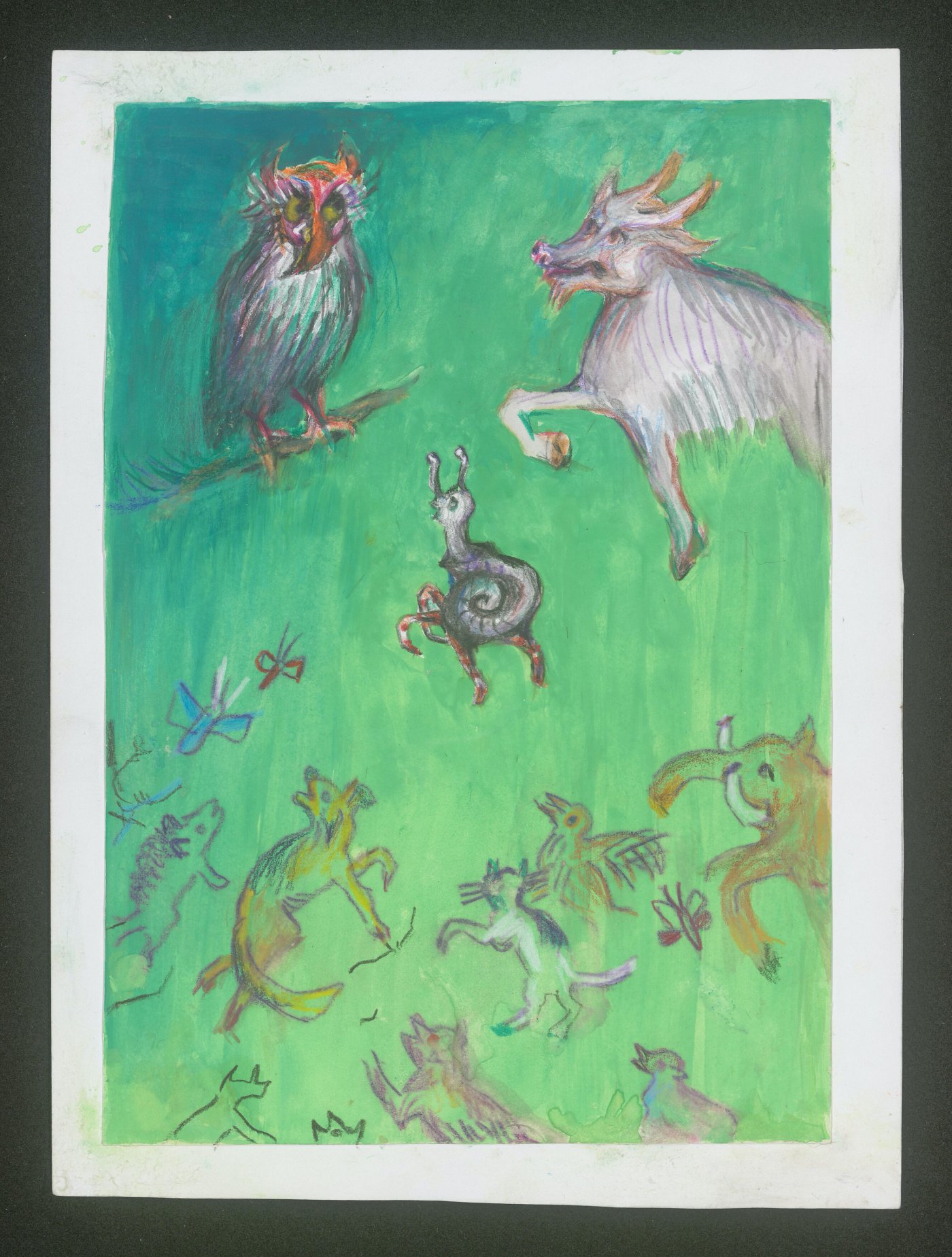 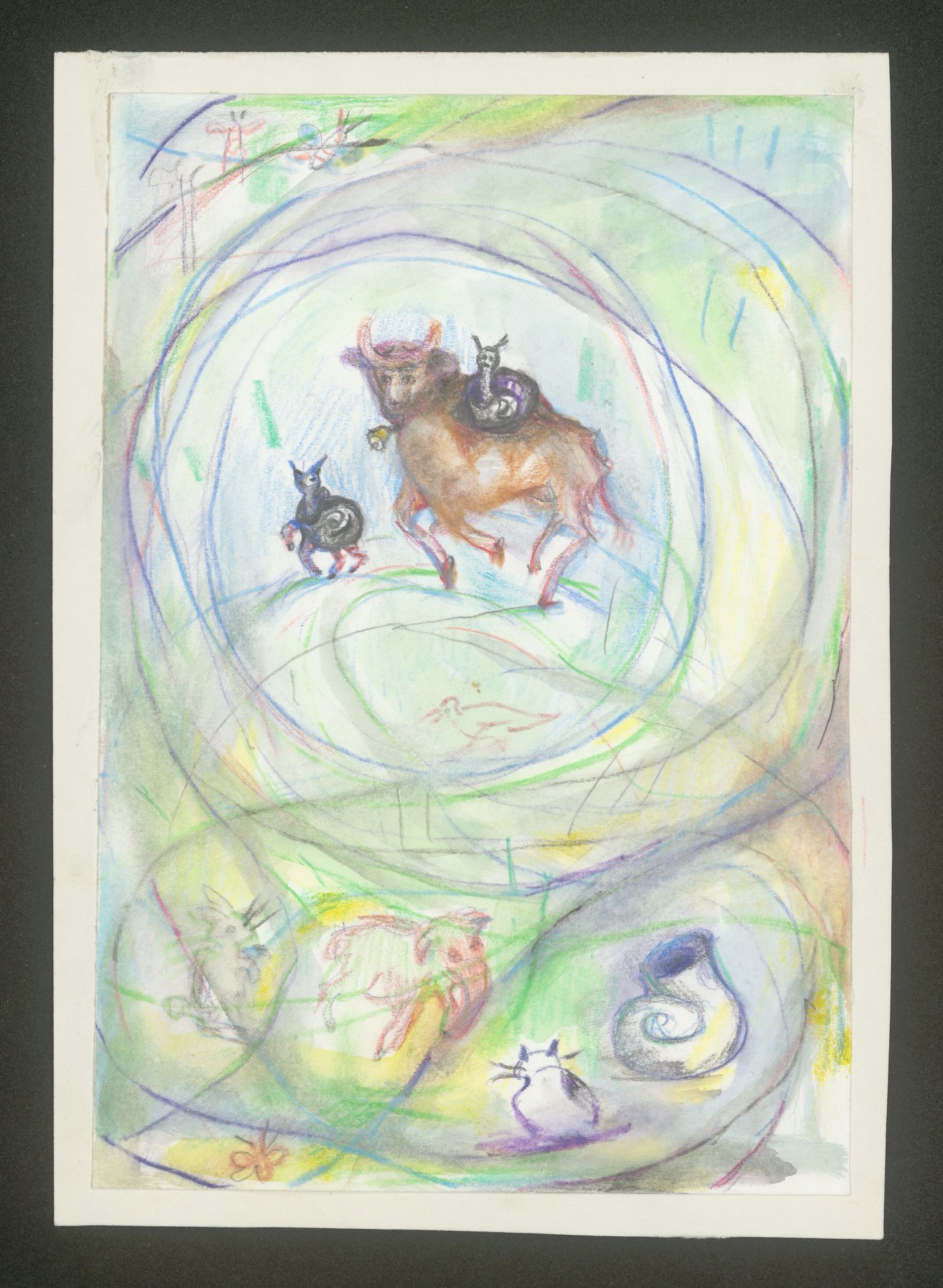 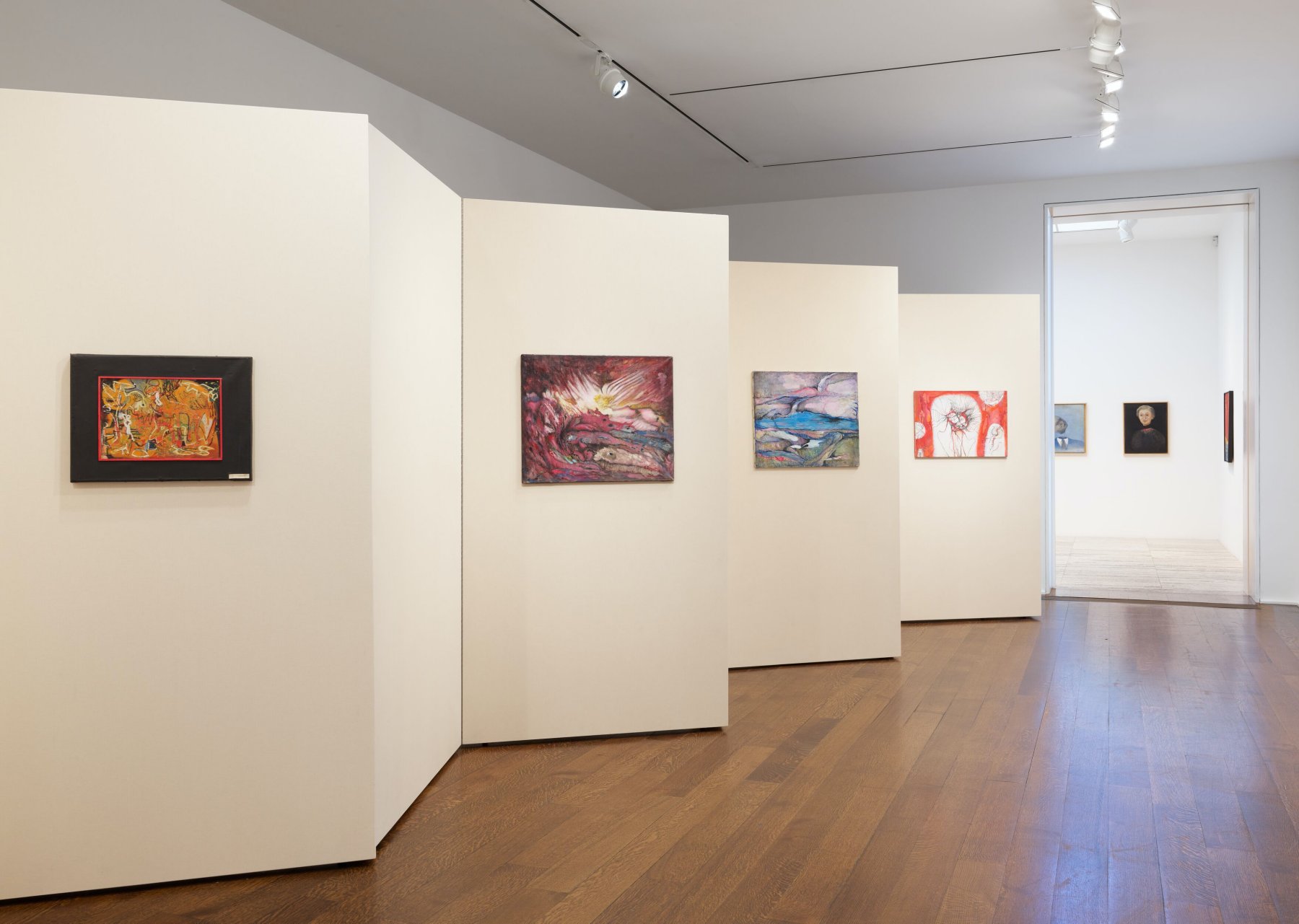 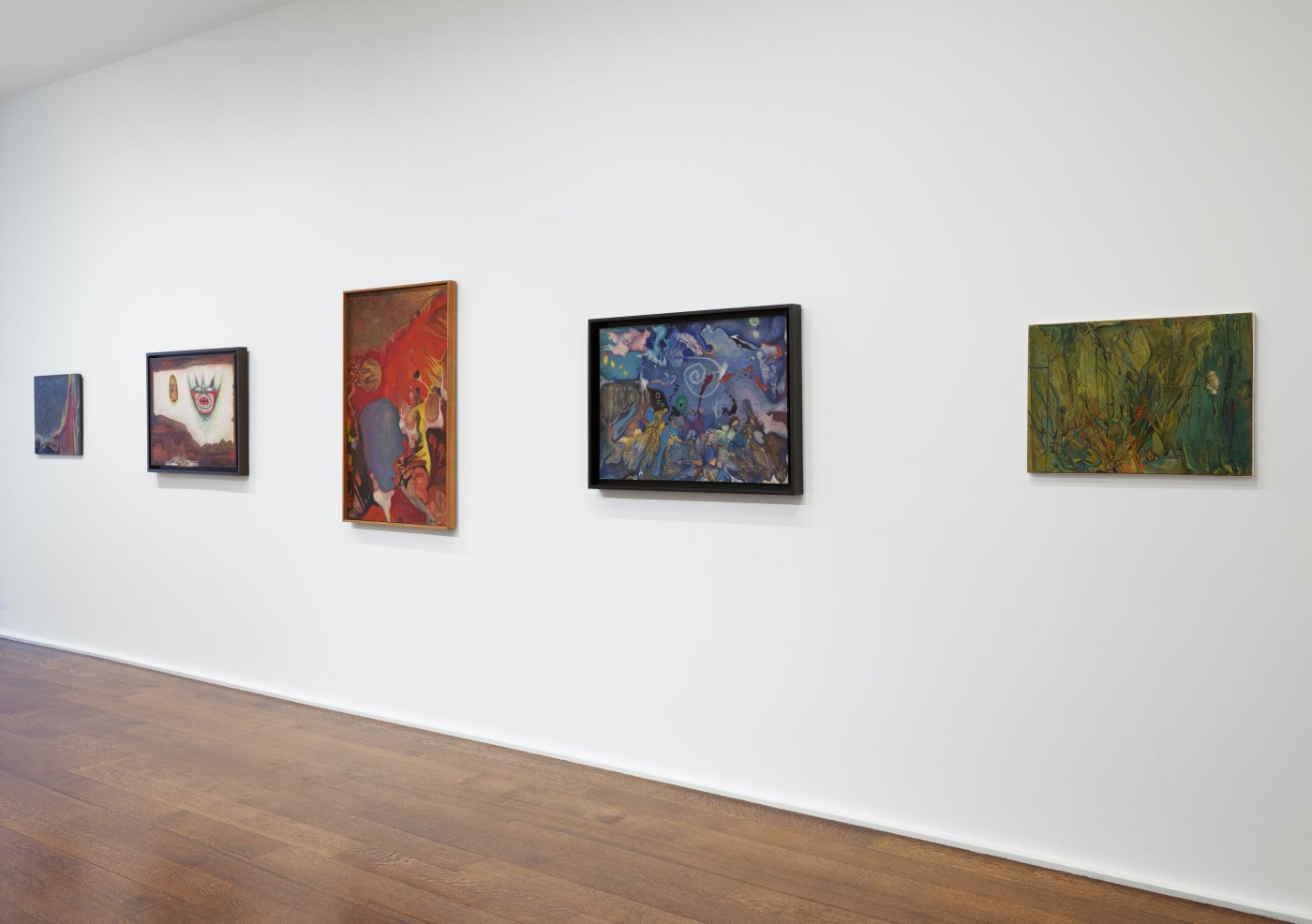 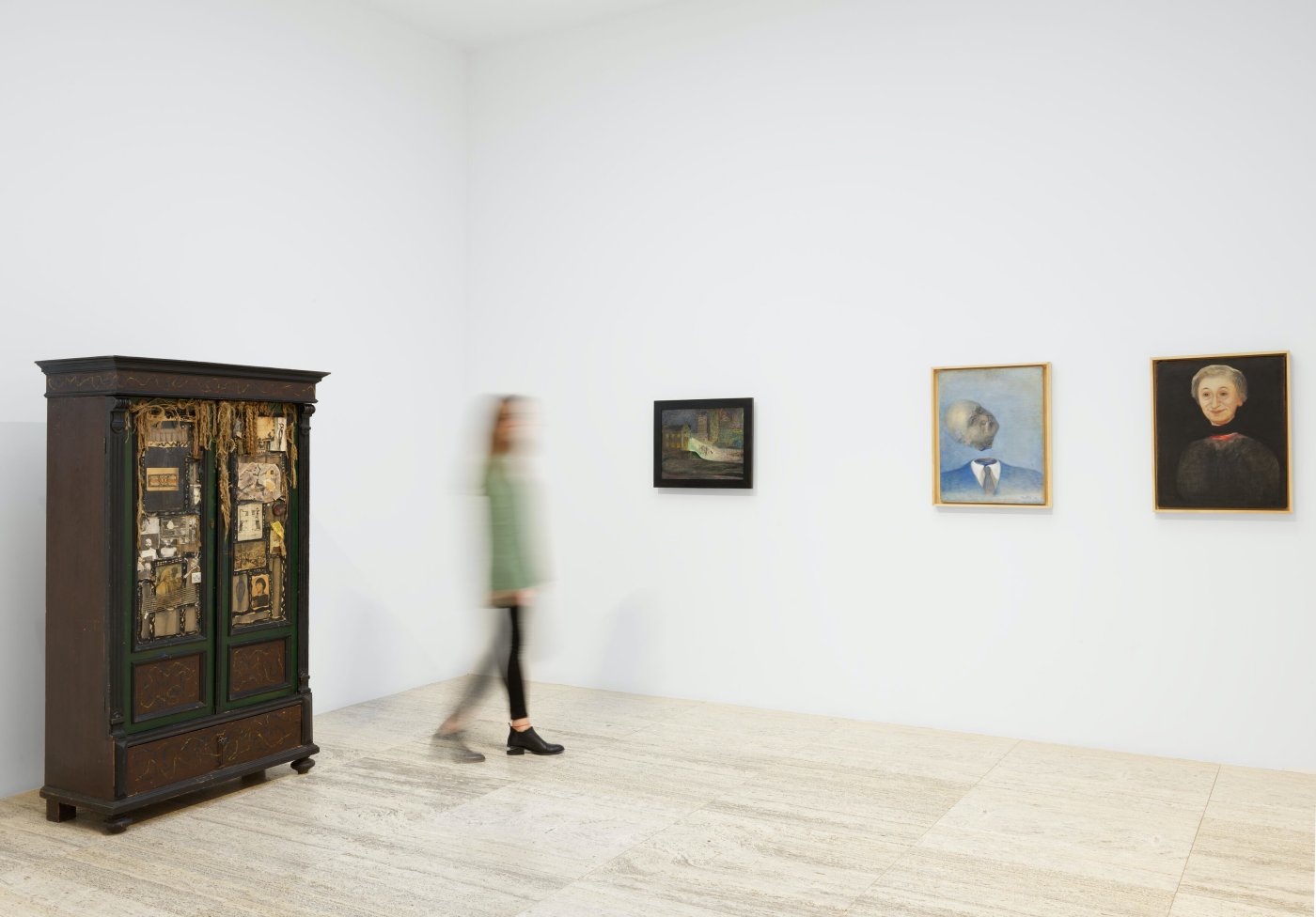 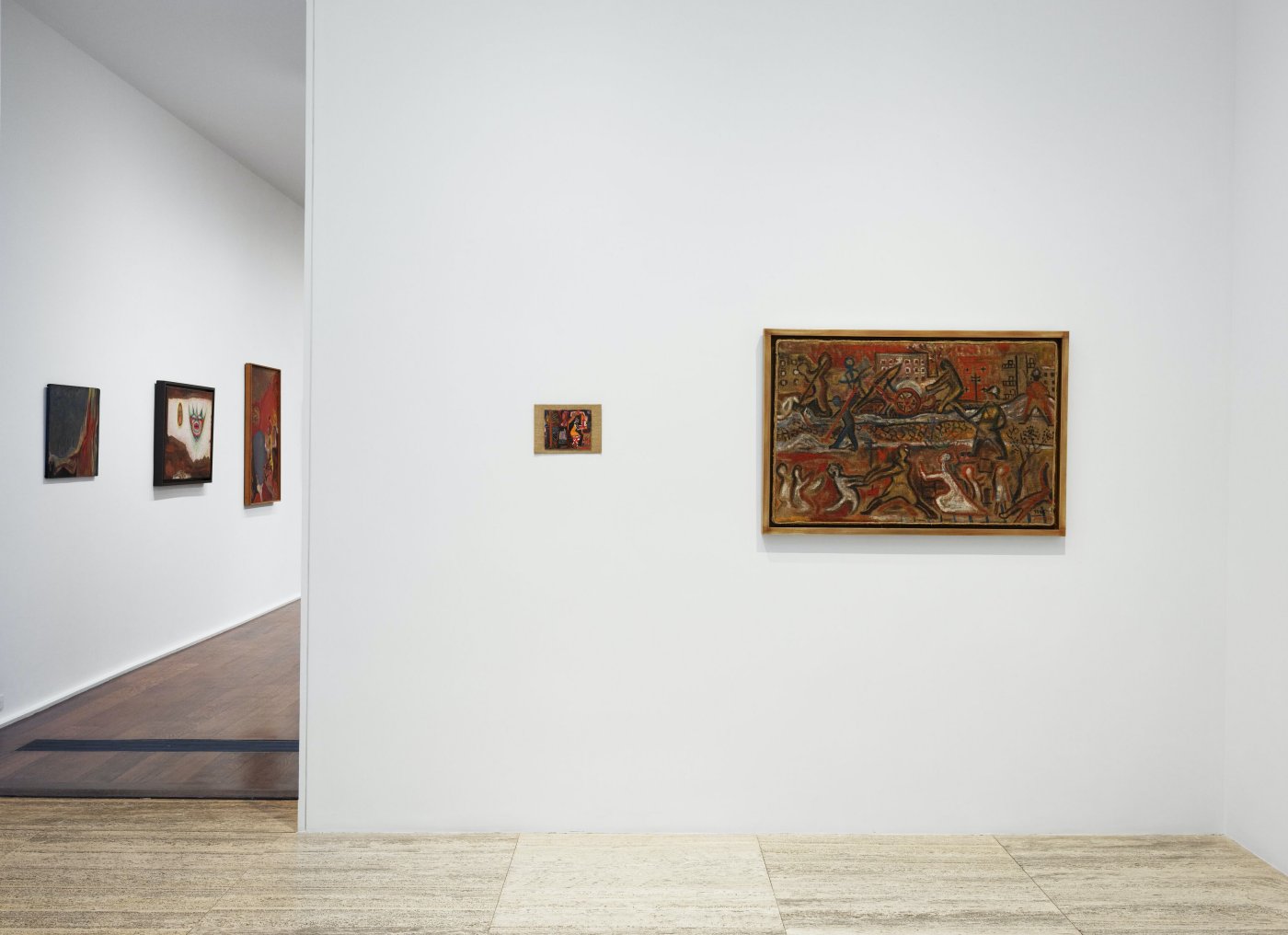 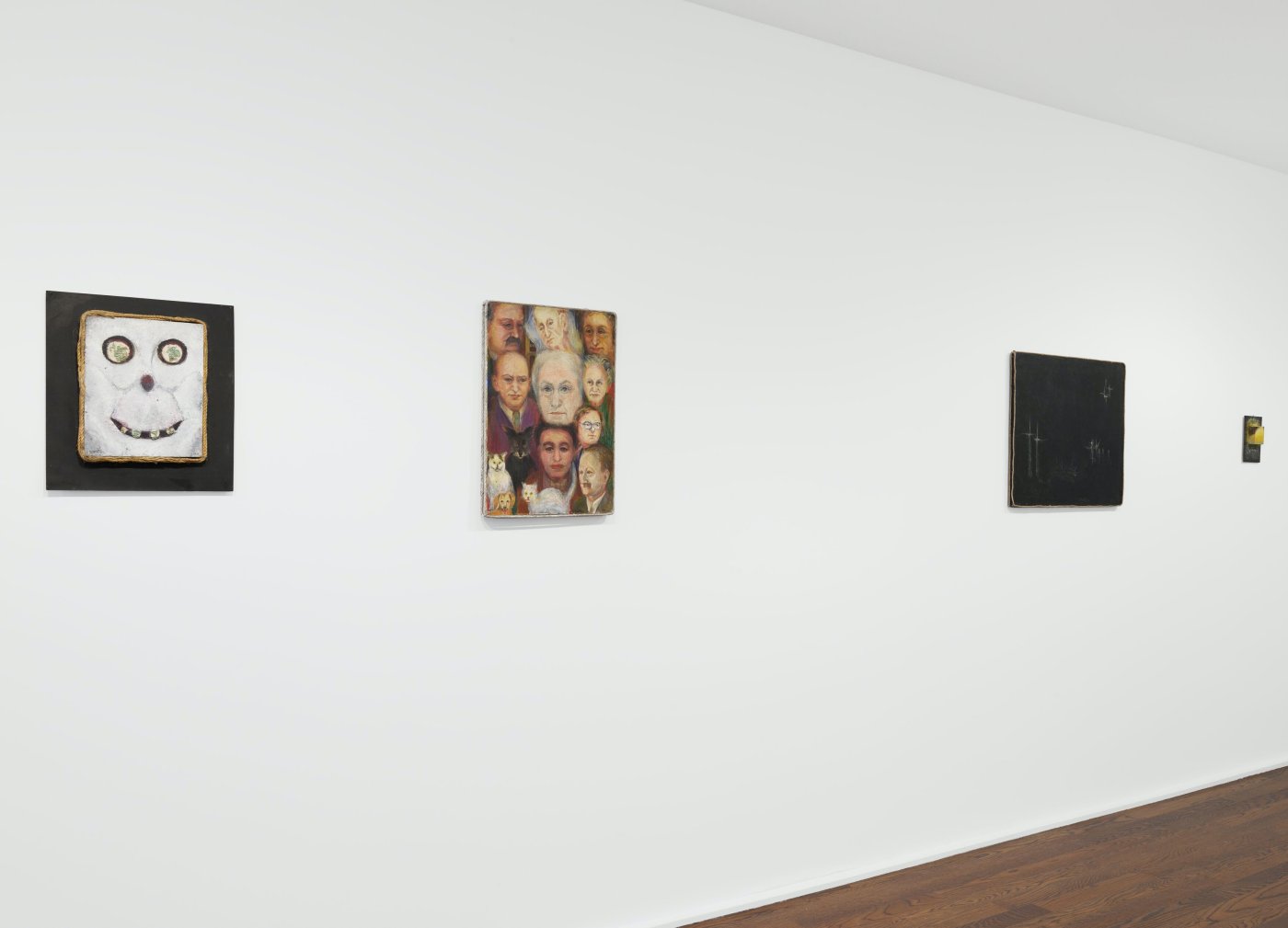 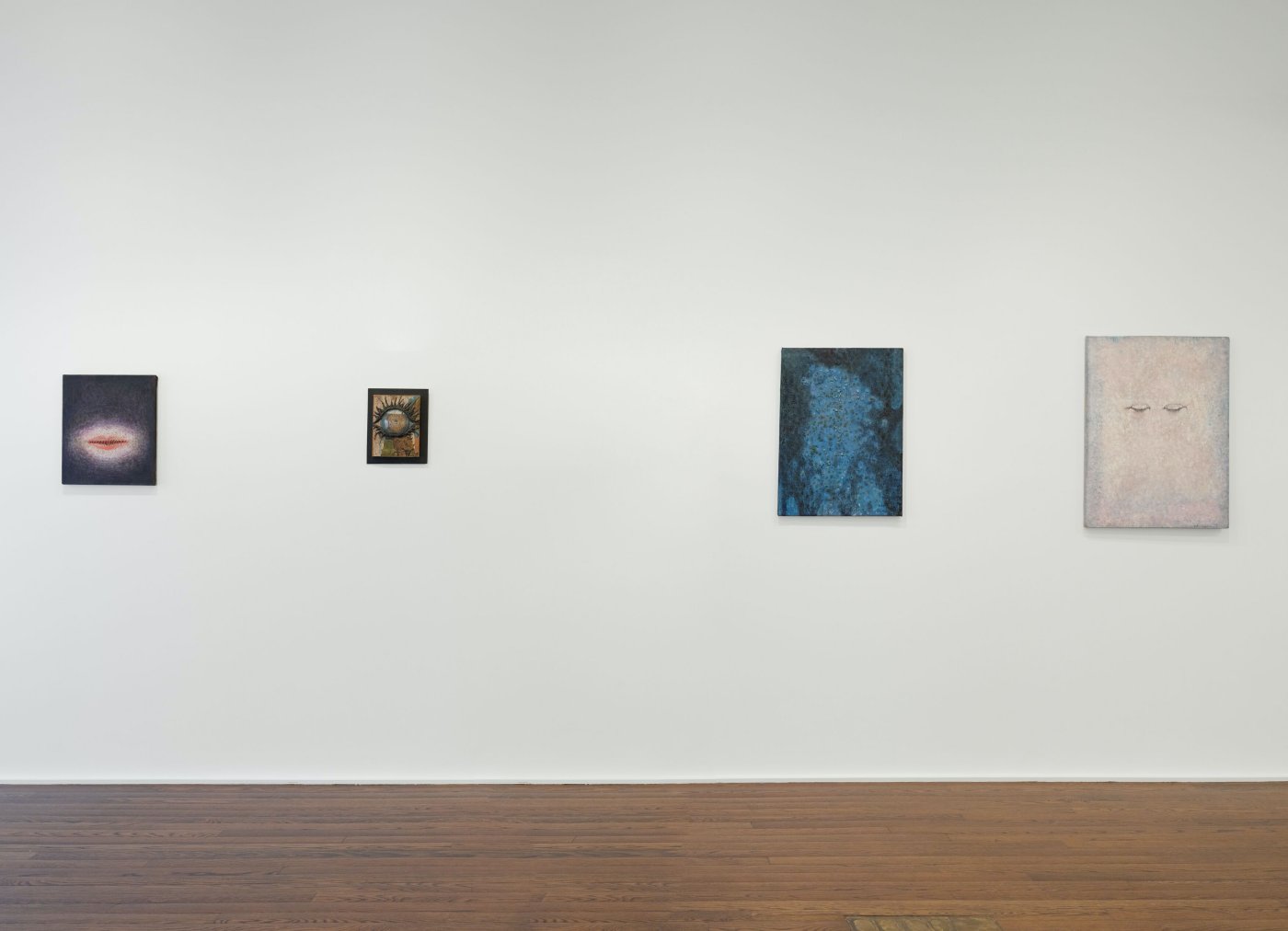 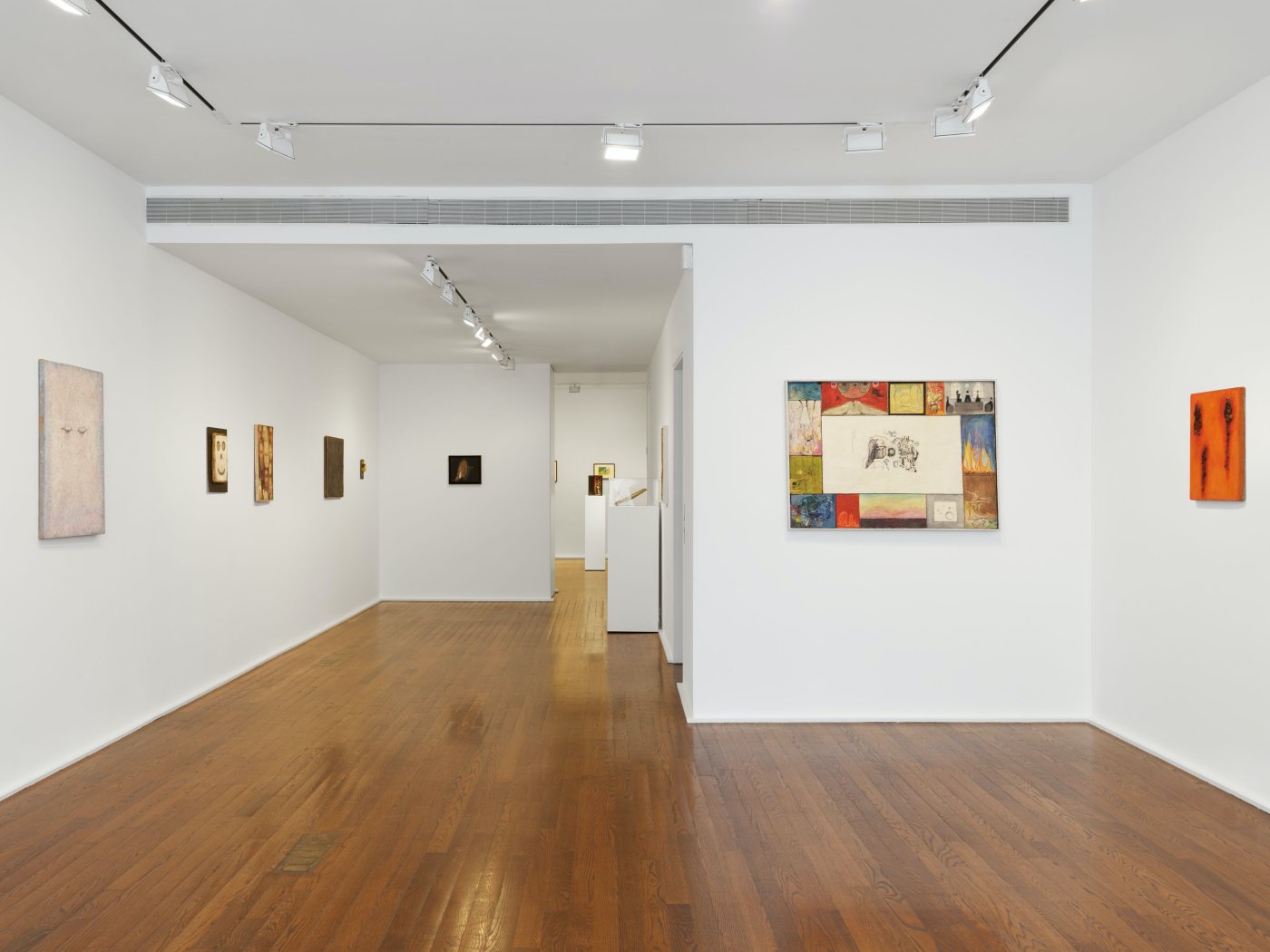 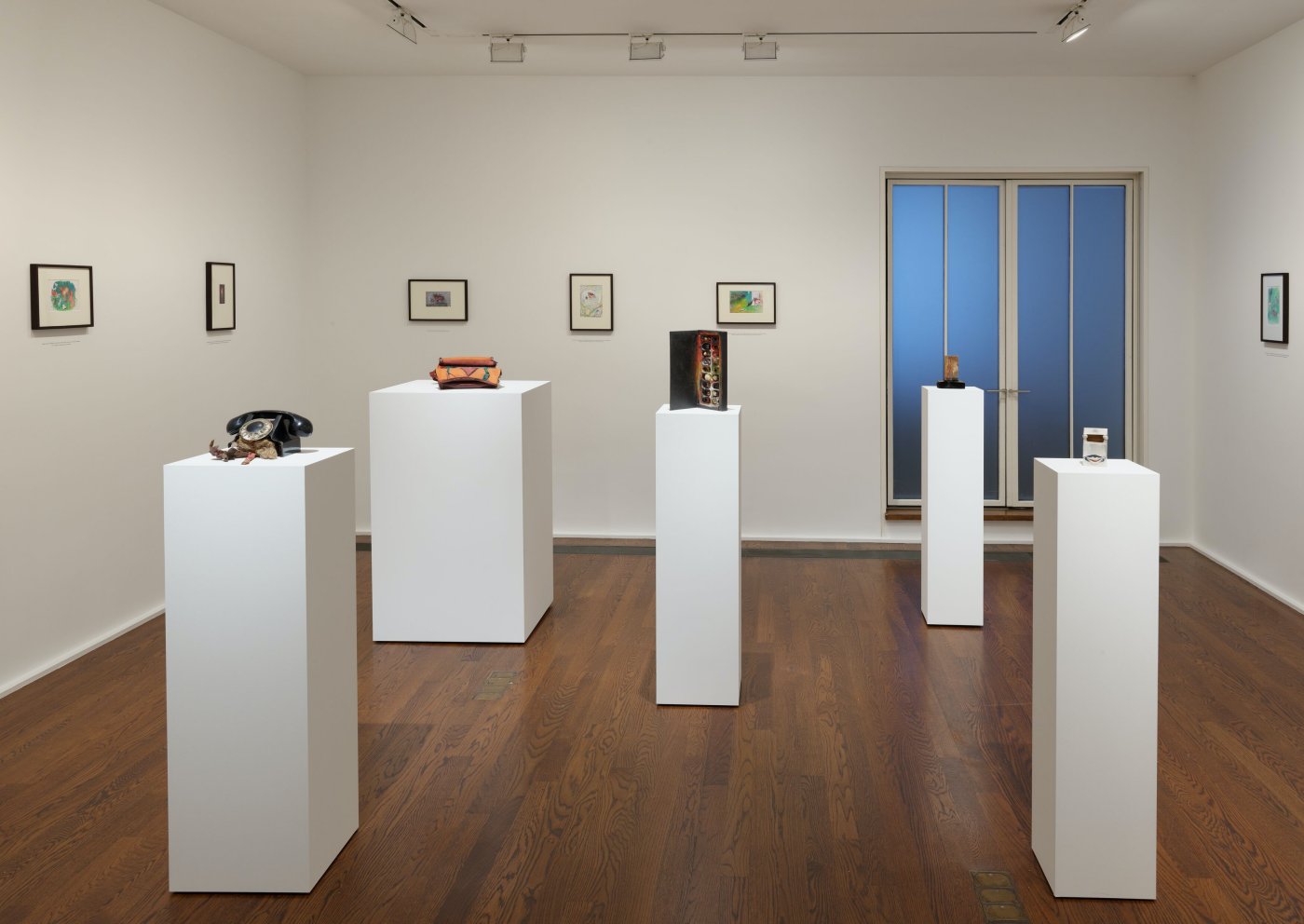 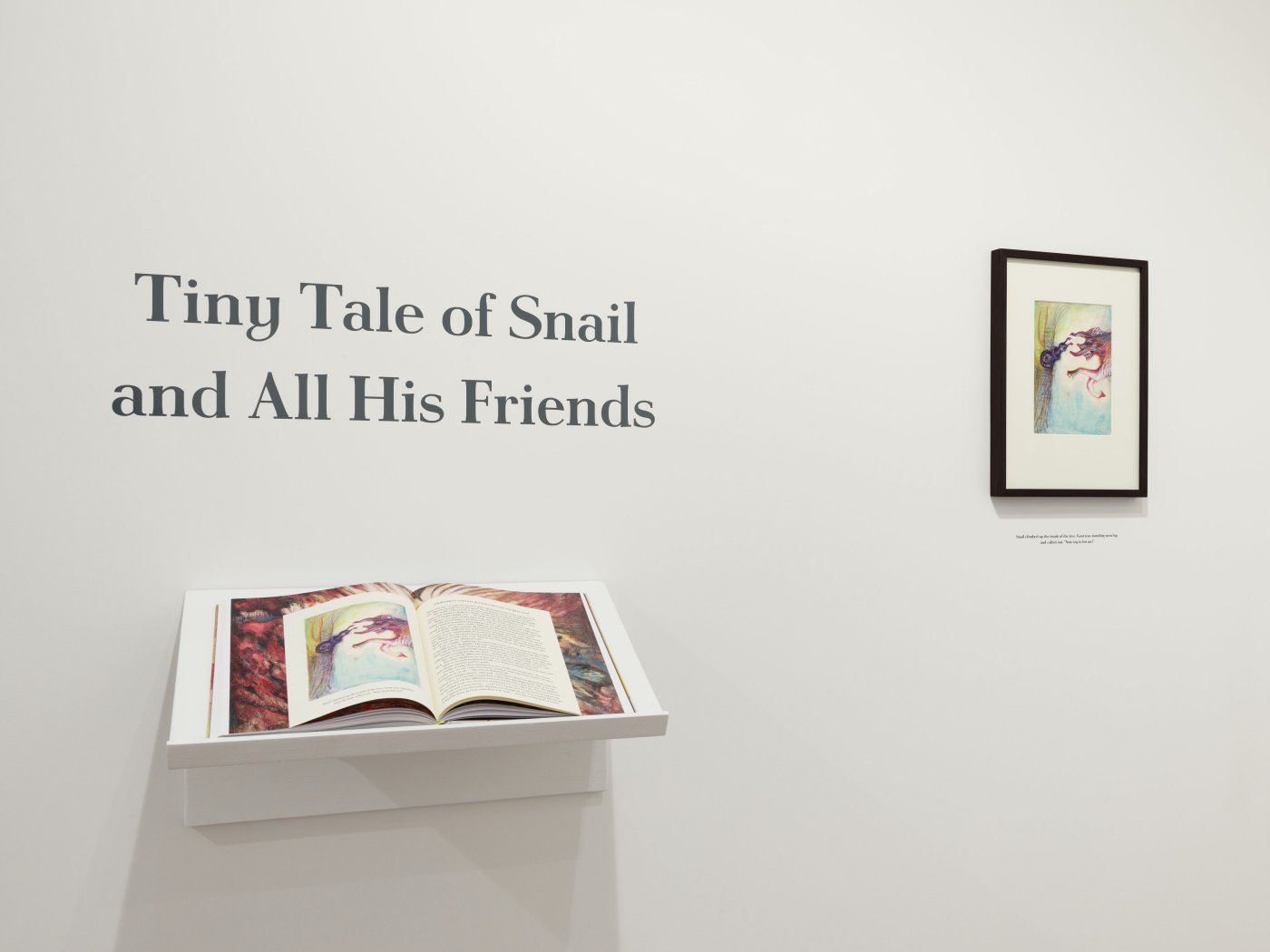 Steeped in an extraordinary history and responding to the Nazi occupation of Poland, personal traumas suffered in the Holocaust, the postwar sociopolitical upheaval of her native country, and passionate engagement in the intellectual circles of her times, Erna Rosenstein’s work defies simple classification. Her six-decades long career was fueled by the formation of prewar artistic, intellectual, and political affiliations, and is expressed through her continued oscillation between autobiographical figuration and biomorphic abstraction. Grappling with themes of memory, trauma, longing, and loss, she used paint, ink, and found materials to suggest a world tinged with allegory, enchantment, and fairy tale.

‘Once Upon a Time’ has been organized by curator Alison M. Gingeras. The exhibition brings together over forty works never seen outside of Poland, including institutional loans of landmark paintings and works from The Estate of Erna Rosenstein being exhibited publicly for the first time since the artist’s death in 2004. ‘Erna Rosenstein. Once Upon a Time’ is Hauser & Wirth’s first presentation of the artist’s work since undertaking representation of her estate in 2019, in collaboration with Foksal Gallery Foundation, Warsaw.

On the occasion of this exhibition, Hauser & Wirth Publishers will release a substantial publication offering new scholarship and research into Rosenstein’s work. This volume features new essays by Gingeras, and Dorota Jarecka, a leading Rosenstein scholar and Director of Galeria Studio in Warsaw, as well as a chronology by Aleksandra Ściegienna that integrates Rosenstein’s career within the broader sociopolitical context of postwar Poland, and the first English translation of an edited transcript of Rosenstein’s Shoah testimony. The publication is one of the first English language translations of Rosenstein’s writings, including a previously unpublished fairy tale, whose manuscript was only recently discovered. Also included is a selection of poems, and a reproduction of the artist’s unique yizkor (a memorial book commemorating a Jewish community destroyed during the Holocaust).

‘Once Upon a Time’ is comprised of paintings and sculptures that embody the constant interplay of figuration and abstraction, the literal and the fantastical, in Rosenstein’s oeuvre. The works on view draw from the many personal experiences, emotional losses, and haunting traumas surrounding her Jewish identity. A highlight of the first floor of the exhibition includes a zigzagging wall that recreates the unconventional design of Rosenstein’s landmark 1967 monographic exhibition at the Zachęta National Gallery of Art in Warsaw. Dating from the early 1950s to the end of the 1970s, abstracted landscapes and biomorphic reveries are hung on the wall in succession, demonstrating the intense focus of those two decades of her practice and reflecting the political and personal turmoil of those years. The work ‘Poświata (Afterglow)’ (1968), depicts a babbling brook running down from the valleys and rolling hills of a pastel landscape rendered in billowing pinks and citron greens, while in contrast, the painting ‘Kwiaty piekła (Hell Flowers)’ (1968) is saturated in deep reds and vibrating biological forms, evoking the sensation of nerve endings or internal organs. This work is particularly charged with personal meaning as it was made in 1968, a turbulent year for Polish Jews who had survived the Holocaust because many were forced to emigrate from Poland by the Communist government in an anti-Semitic purge. Rosenstein opted to stay in Poland, a painful scenario echoed in the sometimes-violent imagery that surfaced in her work during this period.

A pair of parental portraits on view are exemplary of Rosenstein’s deeply autobiographical and figurative tendencies. The depiction of her father Maksymilian is entitled ‘Świt (Dawn),’ and the portrayal of her mother is entitled ‘Północ (Midnight),’ with each work’s chromatic palette reflecting the time of day suggested by its title. Her parents’ heads float ominously above their shoulders, though their facial expressions remain as dignified and serene as their clothing and posture are normal. Through these evocative titles and unnerving depictions, Rosenstein seems to suggest that her identity remains as profoundly governed by the presence of her parents, as earthly life is governed by the movements of the sun. These two extremely personal paintings anchor ‘Szafa (Cabinet)’ (ca. 1960 – 2004), a work that weaves together Rosenstein’s art and life, acting as a summation of her inspiration and multifarious creative direction. An important component of her 1967 show, this cabinet originally functioned as a piece of furniture in the artist’s home studio – housing her writings, sketchbooks, and correspondence – but operated dually as a repository for her creative impulses. Rosenstein adorned the cabinet’s doors with intimate references and trinkets, collecting collaged found objects, postcards, photographs, and reproductions of art historical paintings.

Bodily, emotional, and political struggle are also persistent themes and are evidenced in paintings like ‘Cieknie (It Is Leaking)’ (1989), which is composed of oil and string and depicts oozing wounds. In ‘Usta (Lips)’ (1989), a mouth is literally sewn shut, physically subdued into silence. The muffled screams and unspeakable truths haunting Rosenstein’s memories are, for a moment, extinguished. Similarly, ‘Noc (Night)’ (1993), directly references the ominous hour of her parents’ demise and the blade which inflicted the mortal wound. Motifs of memory and the paradigm of the memorial are constant threads running across the artist’s oeuvre. Never monumental in physical scale, her work is haunted by the inadequacy of the very notion of the monument.

In addition to a survey of Rosenstein’s multifaceted painting work, ‘Once Upon a Time’ also includes a selection of untitled assemblages made by the artist beginning in the early 1980s, a period of martial law in Poland when scarcity prevailed. These works – among them a cigarette pack with eyes, and an old purse with teeth – transform the most everyday bric-a-brac into the substance of art, and further collapsing boundaries between figuration and abstraction. They reflect the whimsical and childlike aspects of Rosenstein’s practice and mirror the artist’s early Surrealist expressions.

From as early as the 1940s, Rosenstein’s writings coexisted alongside her visual art practice. After the birth of her son, Adam Sandauer, in 1950, she began composing fairytales. Much like her paintings, these drew their narratives from the tension between magical realism and a bleak, pragmatic reality replete with loneliness and misfortune. Often, Rosenstein’s writings became allegories of her own Polish Jewish experience with anti- Semitism. The bright, whimsical watercolor illustrations of Rosenstein’s ‘Historyjka o przygodach ślimaka i jego przyjaciół (Tiny Tale of Snail and All His Friends)’ (1997 – 2001) brings a cast of animal kingdom characters to life and follows the journey of the Cow-Snail family in lessons of rejection, acceptance, indifference, and love, drawing parallels to her family’s own real-life struggles. The work, whose manuscript was recently discovered in the Polish National Library in Warsaw, is the only known fairy tale illustrated by Erna Rosenstein herself and is included in the new volume published by Hauser & Wirth Publishers.