Erik Schmidt: Further up & Further in

Erik Schmidt: Further up & Further in 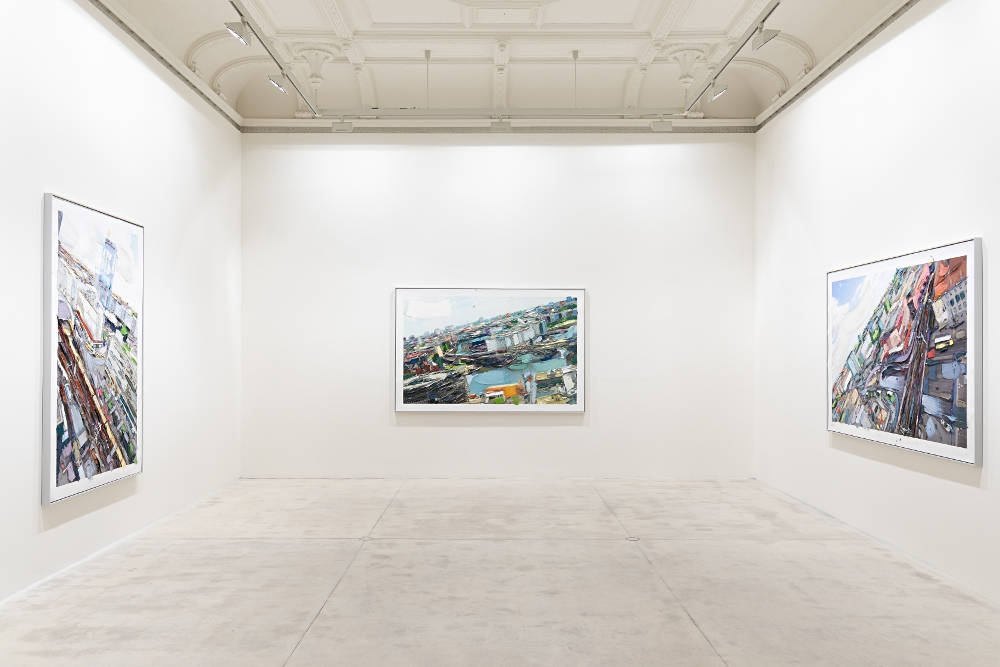 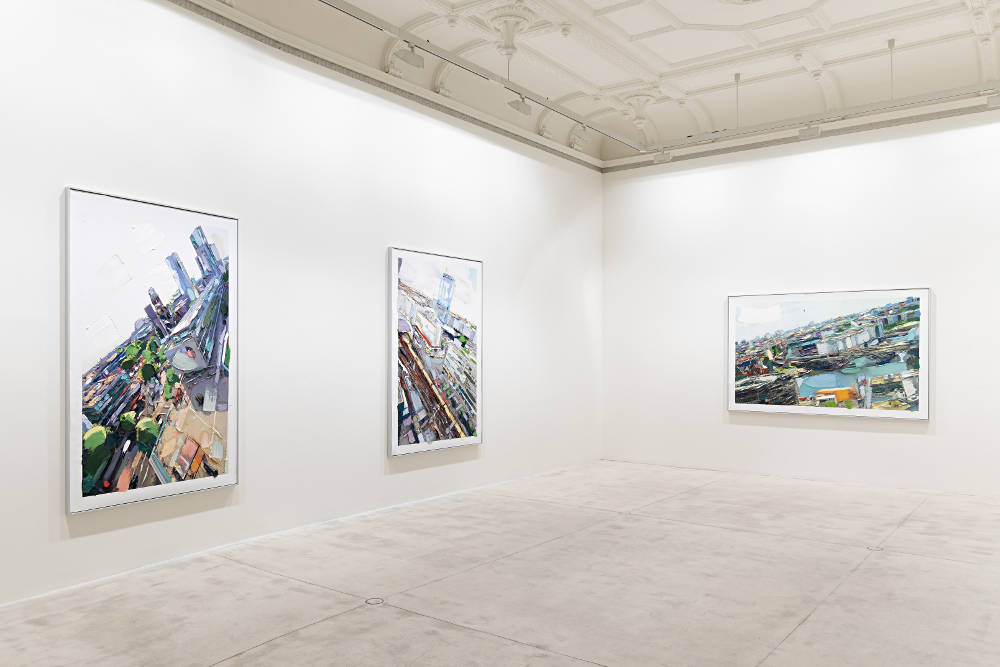 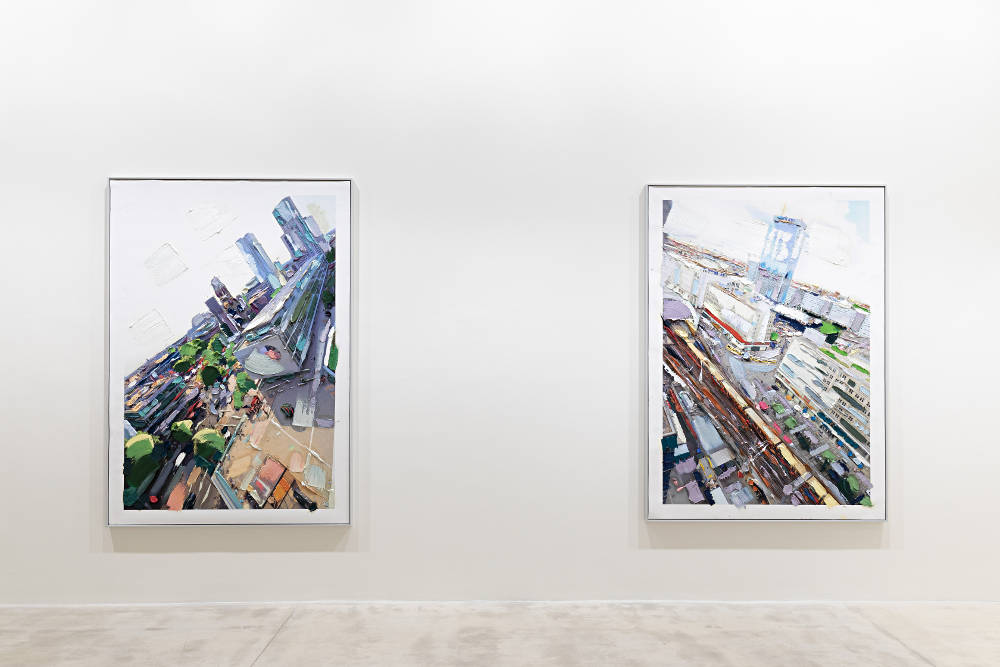 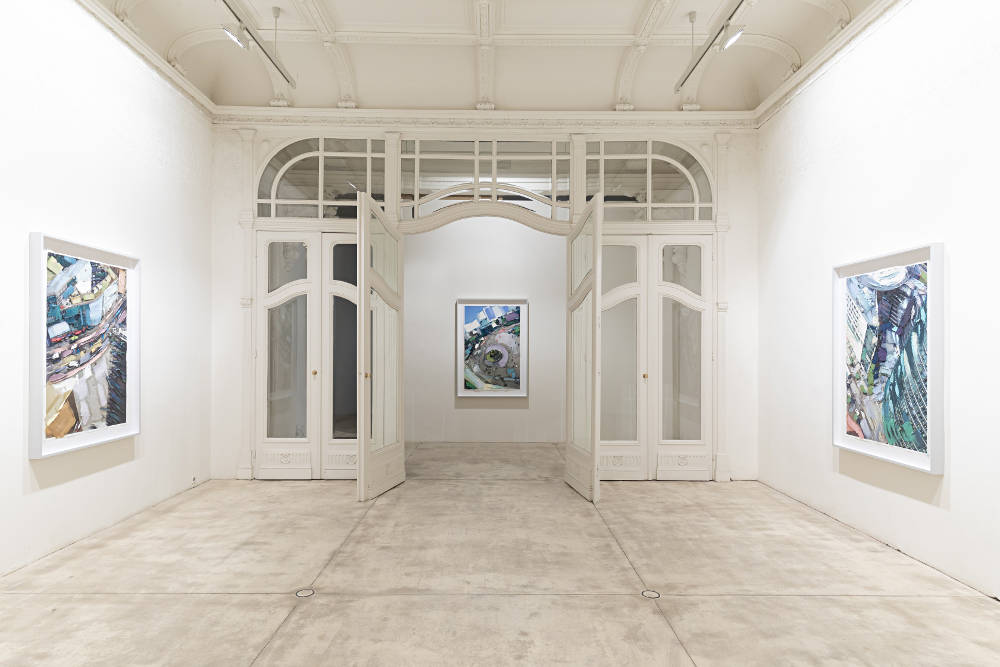 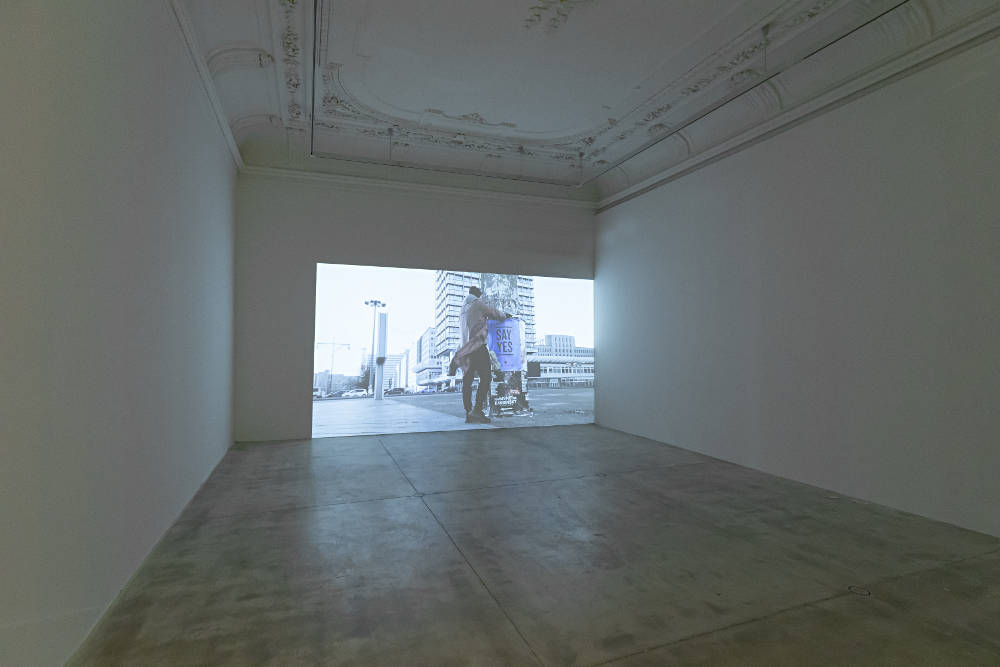 On November 8th, 2017, Wu Yongning falls from the roof.
To be more exact, the roof-topper had performed pull-ups on the facade of the 62th floor of the Huayuan International Centres, then had lost his grip and ultimately fallen down. The Chinese had gained a huge fanbase through his extreme actions of climbing hundreds of skyscrapers and staging spectacular images and videos on the rooftops and towers of buildings and then posting them on social medias. At a time when social action spaces continue to shrink, roof-topping is currently the most radical form of individual performative acts, a way of taking possession of a city and its structures by its inhabitants. Skating, Roofing, Urban Exploration, Buildering or Parkour are all about exploring and overcoming urban space, construction sites, squares, deserted buildings, niches, gaps, fences and facades, against the will of builders and architects to exploit and occupy. In a similar act of appropriation, the artist Erik Schmidt has been exploring, mapping and transforming pictorial spaces, sign systems and social orders for over twenty years: bushes, forests, parking lots, hunting societies, suits wearers, demonstrations, buildings, rooms, streets, rural areas, parks, parties, cruising areas and urban landscapes are both the subject of his painting and his cinematic practice.

In the works from the series “Cut / Uncut” the metropolis of Tokyo, its inhabitants, the hierarchy and order of the Japanese society were the center of his artistic work, while the current exhibition “Further up & Further in” at Galerie Krinzinger focuses on the city and inhabitants of his hometown Berlin. For this purpose, the artist not only climbed buildings, towers or rooftops and photographed from there the expanding state territory – squares, functional areas and architectural landmarks – but also captured young posers and passers-by in the streets. The colors, applied as impasto to the enlarged prints of the photos, overlay the portraits and cityscapes, condense into fields or patterns over and over again, but also allow the underlying photographs to shine through, laying themselves over the bodies, buildings and roads like a fabric. In the city panoramas, individual picture elements and details such as passers-by, facades or scaffolding are sometimes highlighted in color, or the movement lines of the streets or suburban train paths are traced, thereby mapping the grid, order and dynamics of the city. The color traces and streaks applied to the portraits transform the imaged persons and transfer them into a second, affective pictorial space.

Upon longer consideration, this over-paint forms its own autonomous zone; the city and its inhabitants appear as a vitalistic system of signs. The fact that algorithms today have a say in the structures and appearance of cities, overlapping and transforming them – and possibly already creating their own reality, as Luciana Prisi states in “Contagious Architecture” – hereby comes into the eyes of the beholder.
The pictures are flanked by a new video work: “BOTTOM LINE” (2018) shows again the complex approach to the topics of his artistic work. The artist dressed in black – brown functional clothing, wanders through the city and walls, acting sometimes as agile rambler, modern tourist or just roof-topper, squeezing through bottlenecks, or tring to climb on facades and fences. In doing so, he keeps close physical contact with the surfaces and textures of the buildings. Action ranges are only tested, the actual overcoming of obstacles or getting ahead is obviously not in the foreground. That is how his course through the city finally ends in front of the extensive security facilities of the newly built Federal Intelligence Service.

“Architecture has to engage with movement and action in space,” said the French architect Bernhard Tschumi in 1993 about the relationship between architecture, space and happening in an interview. That is why the constant attempt by artists and inhabitants of the cities to preserve their free spaces and conquer new ones is always part of the processes of influential actors in the further development of the cities and their regional planning.

Erik Schmidt (*1968 in Herford, Germany) studied design in Hamburg and in the „Freie Klasse“ UDK/HDK, Berlin. In his painterly work, Schmidt focuses on the materiality of the color and its structure, which is characterized by the gestural application of paint and a pointillist style of painting. In addition to painting and photography, the artist also creates films in which the performative act is mostly in the foreground, thus putting the artist in the role oft he protagonist, immersing himself in the various social subgroups and examining their behavioral systems.