Skarstedt presents Eric Fischl: Meditations on Melancholia, an exhibition of new paintings and works on paper. 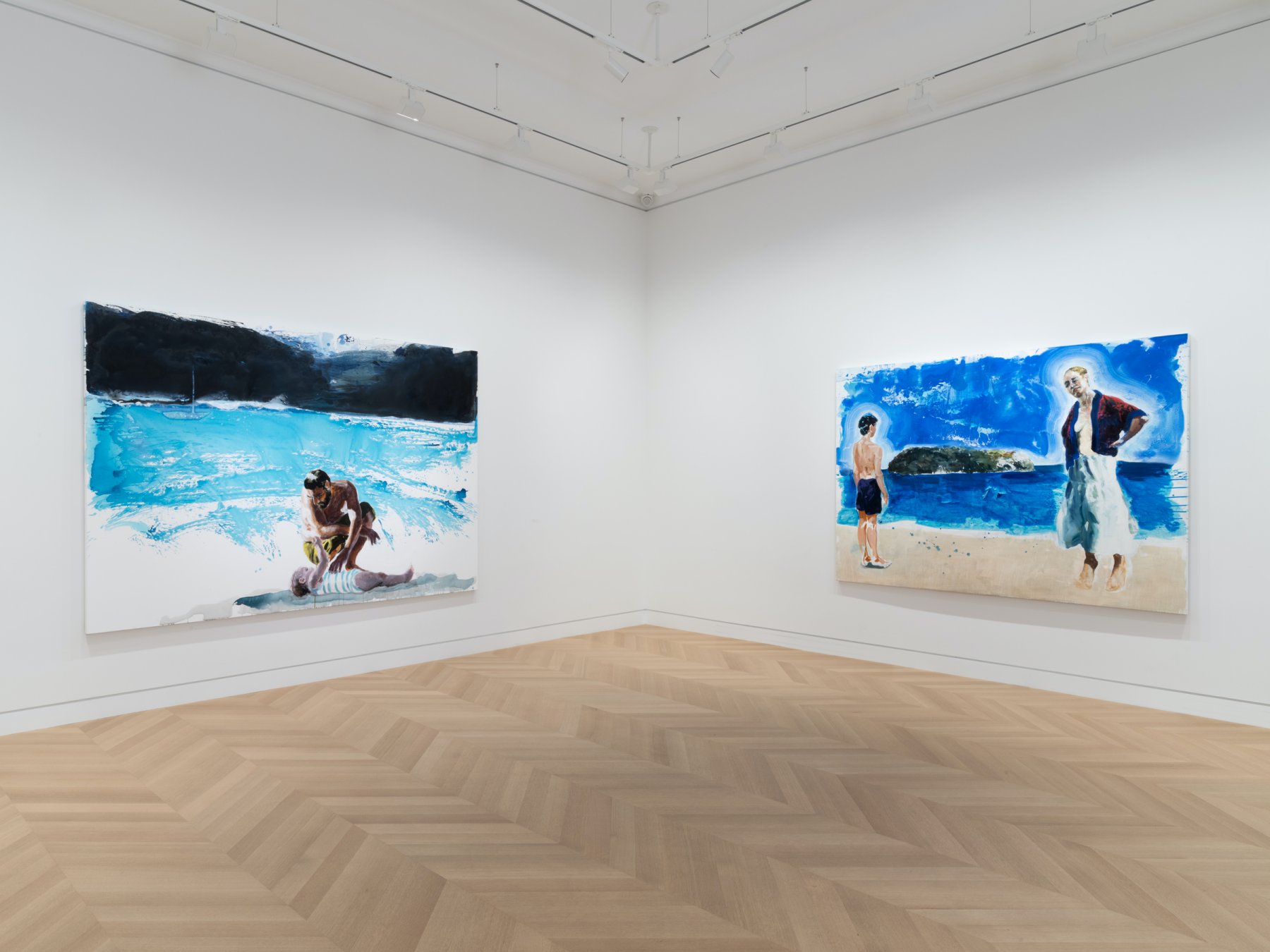 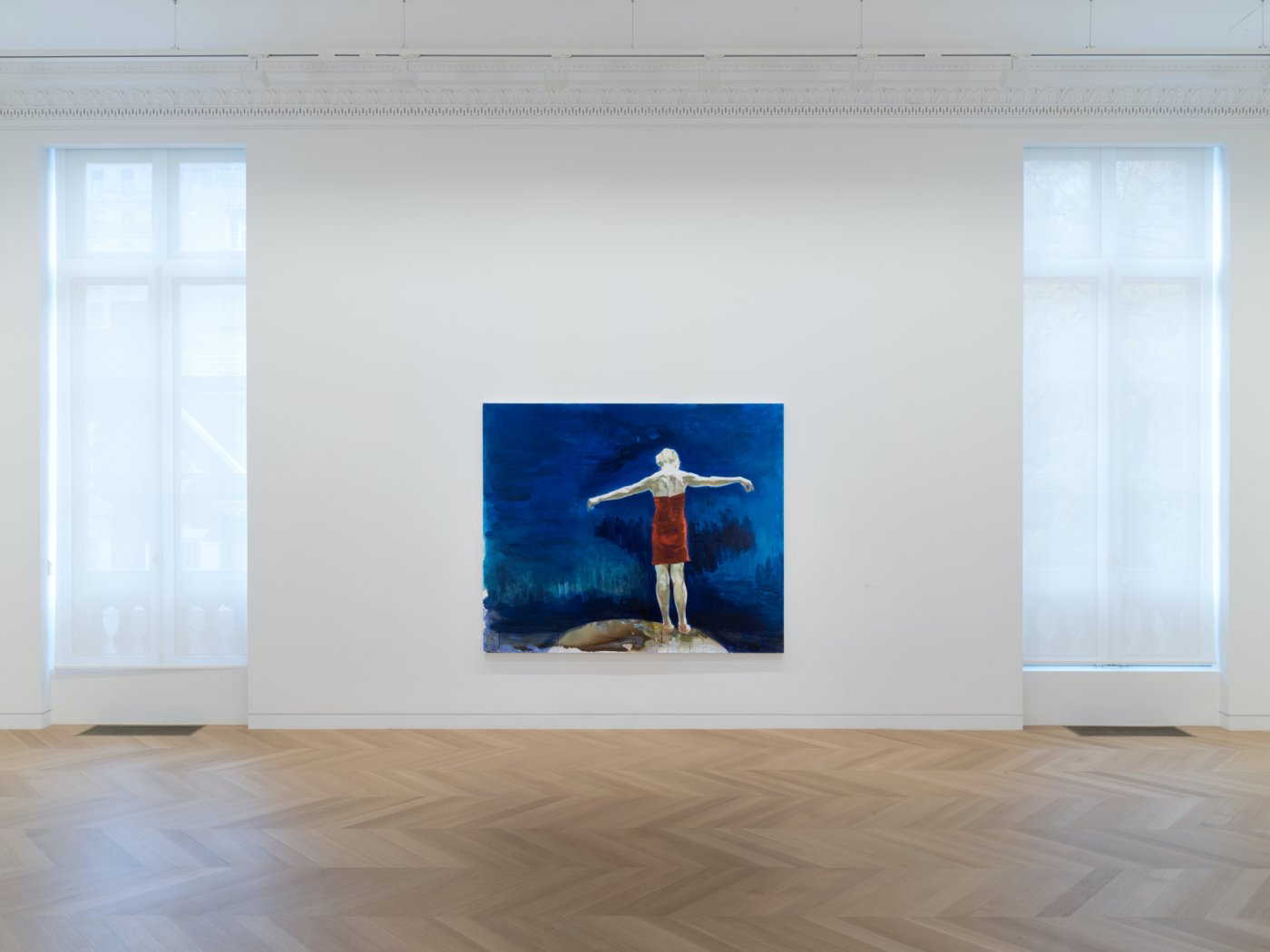 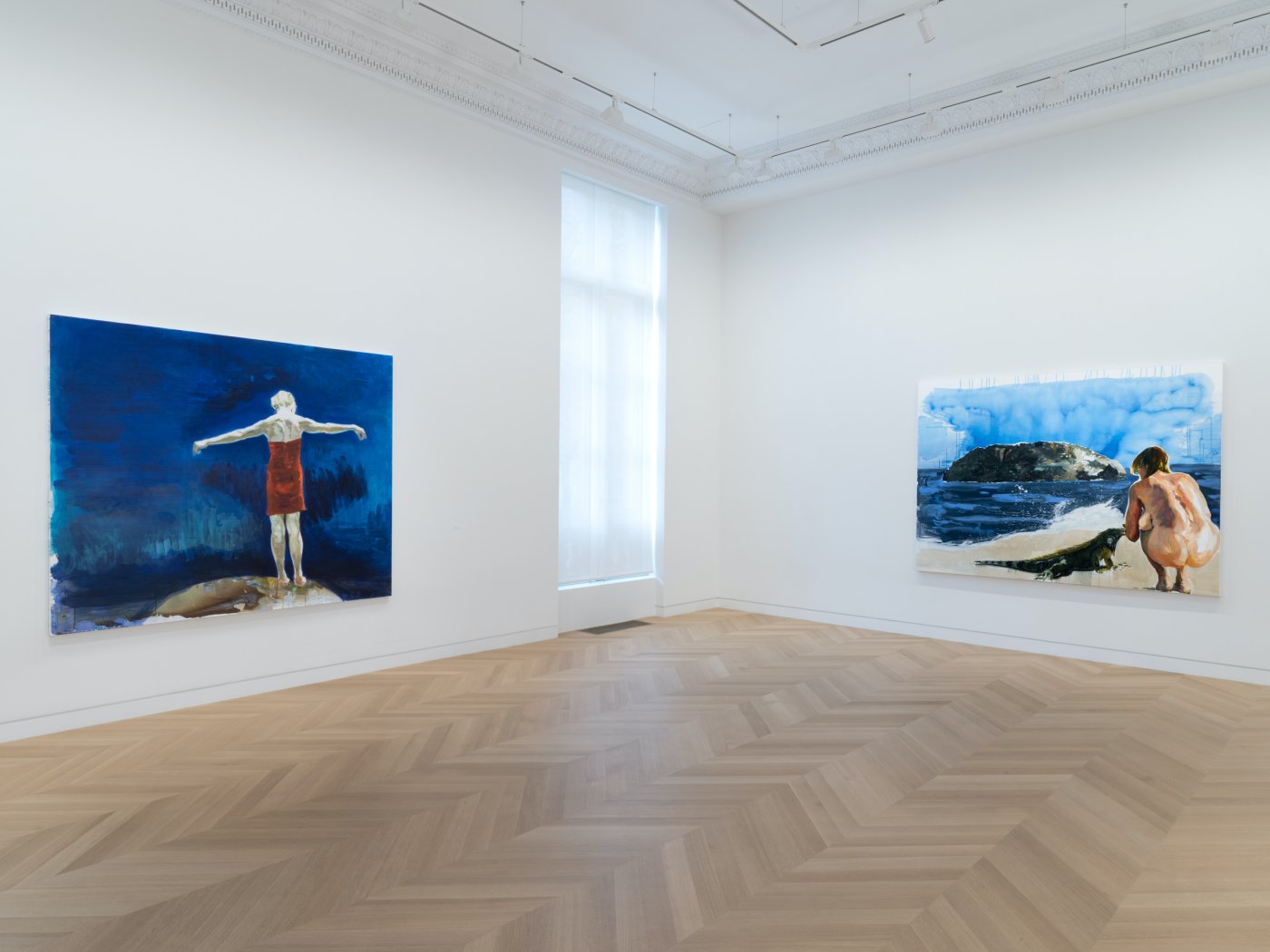 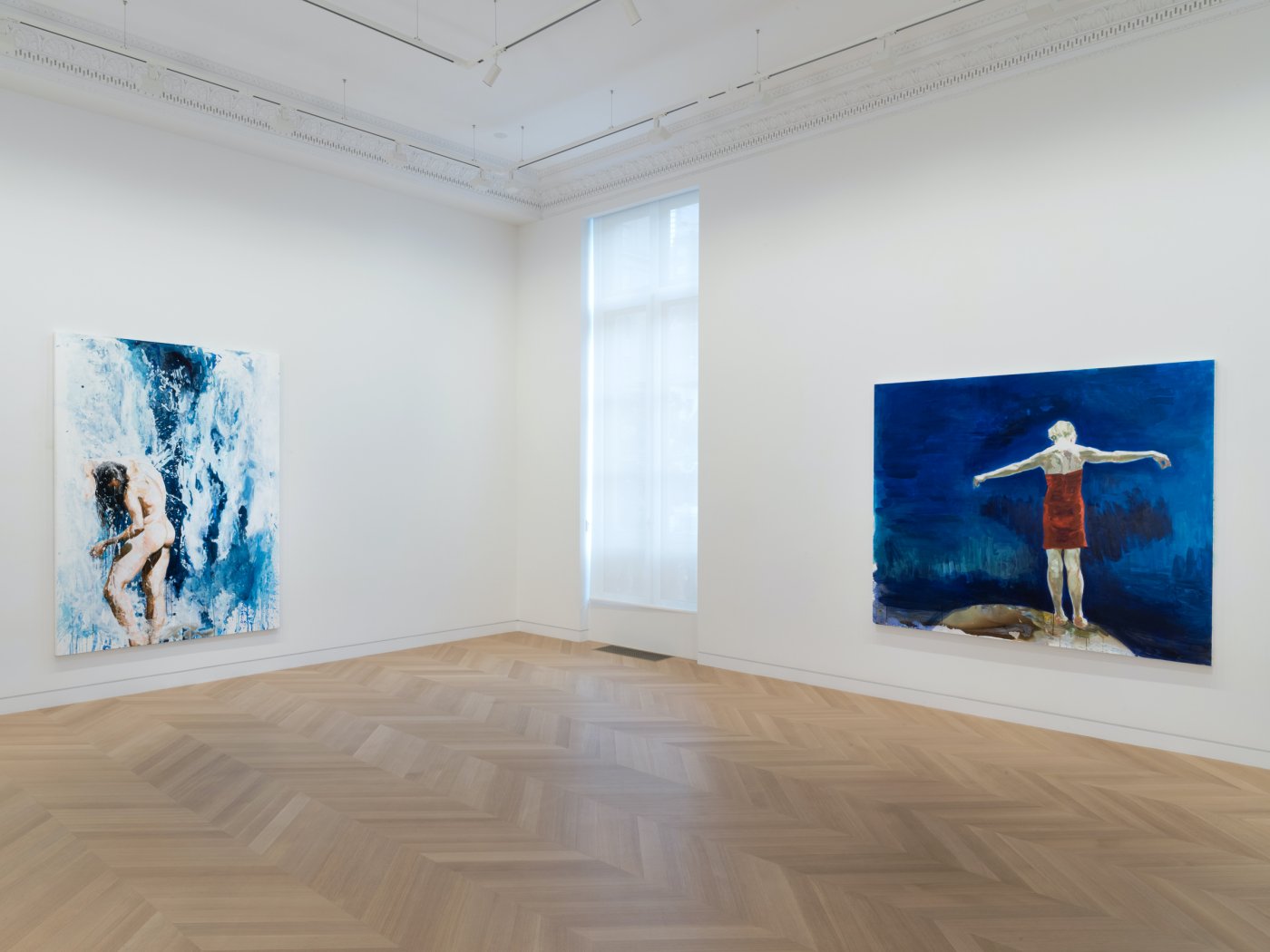 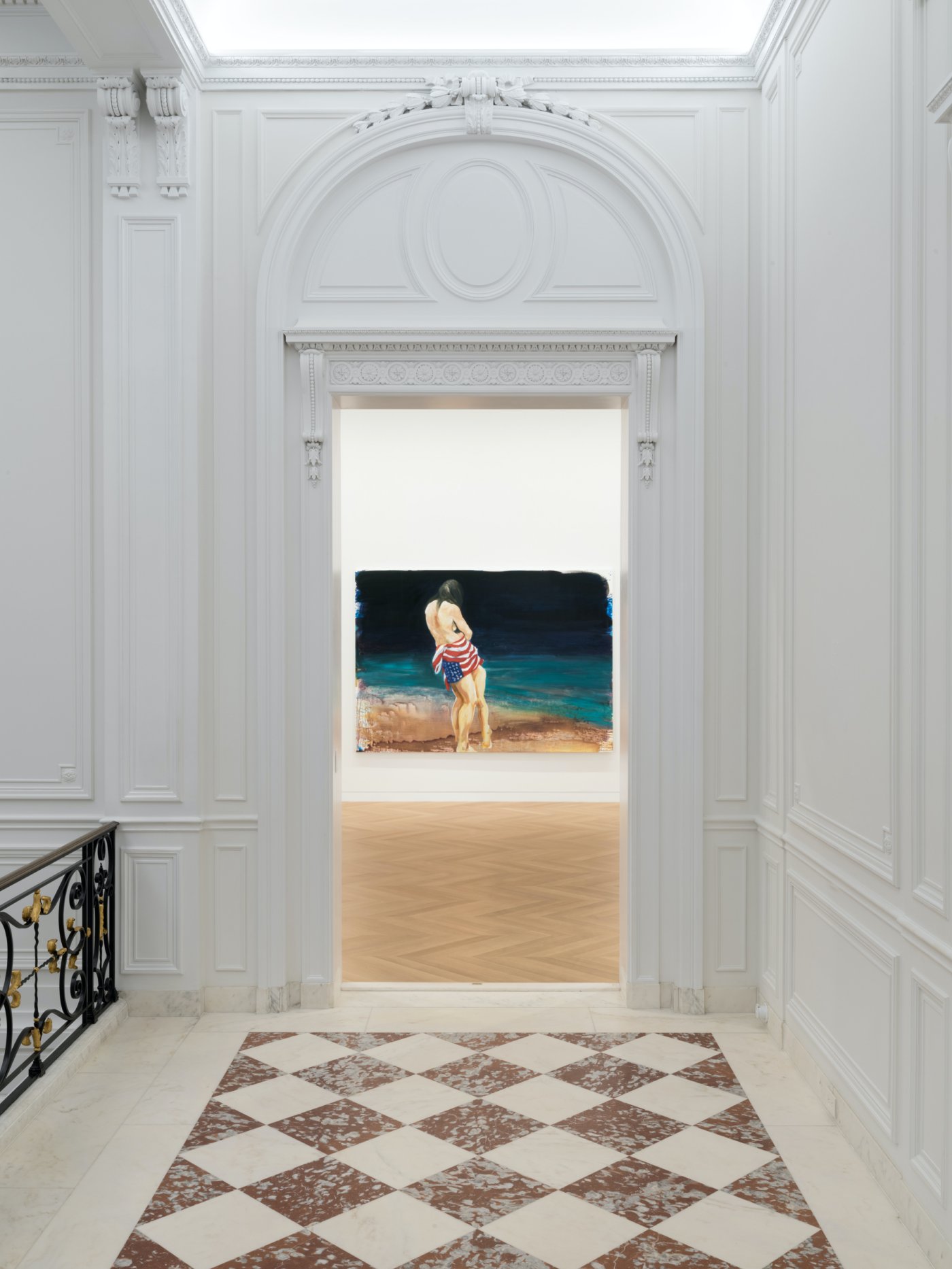 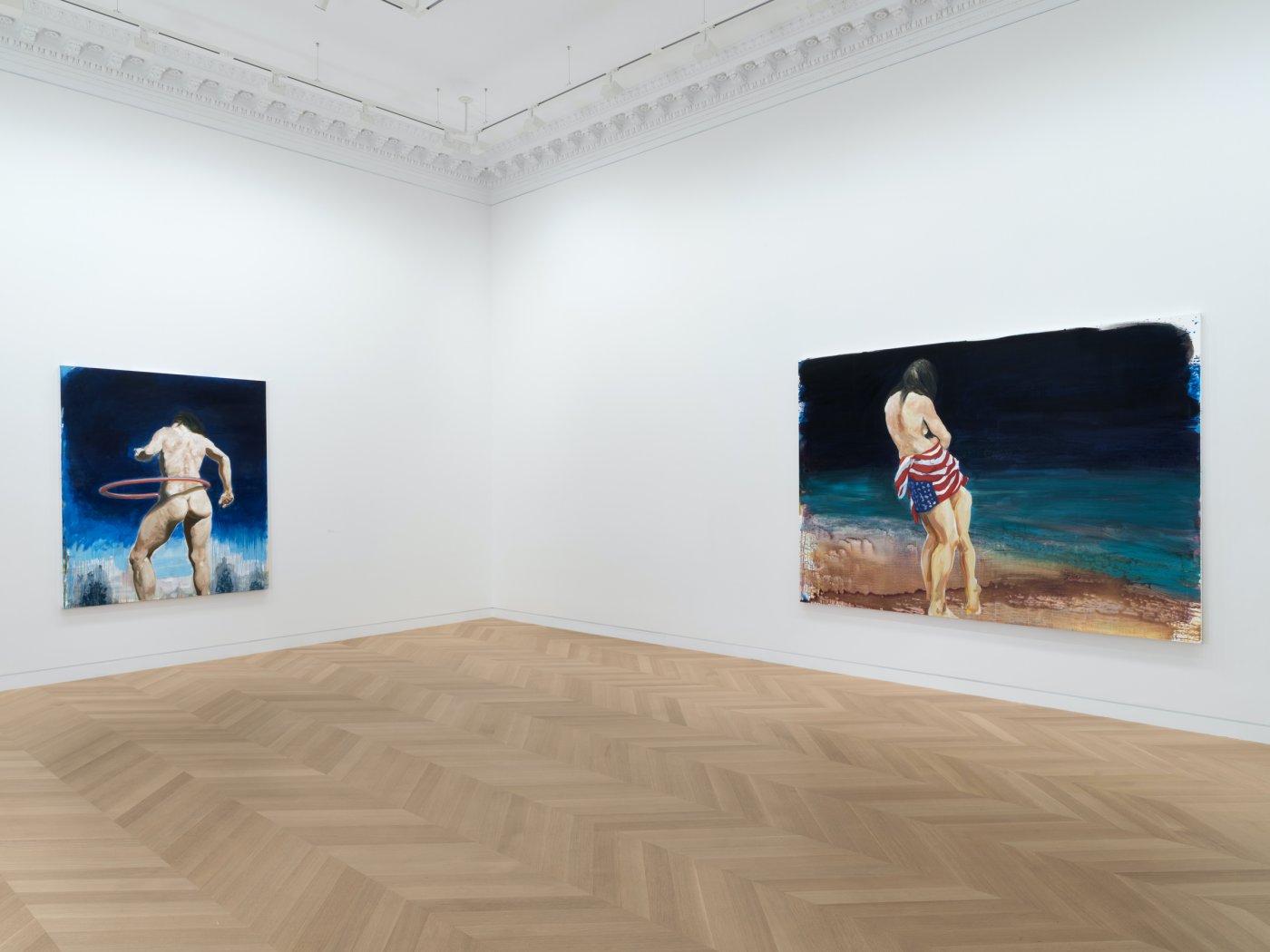 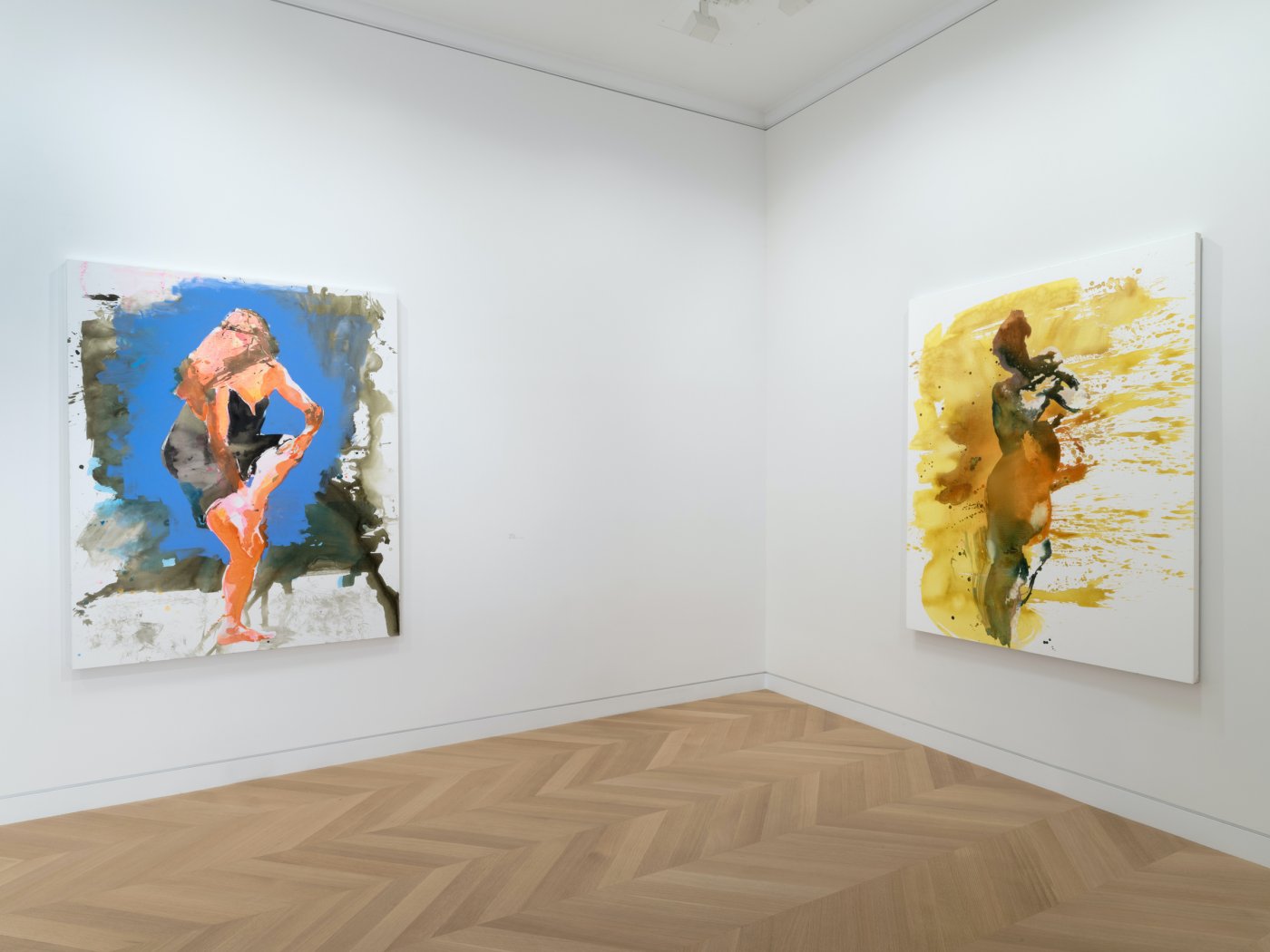 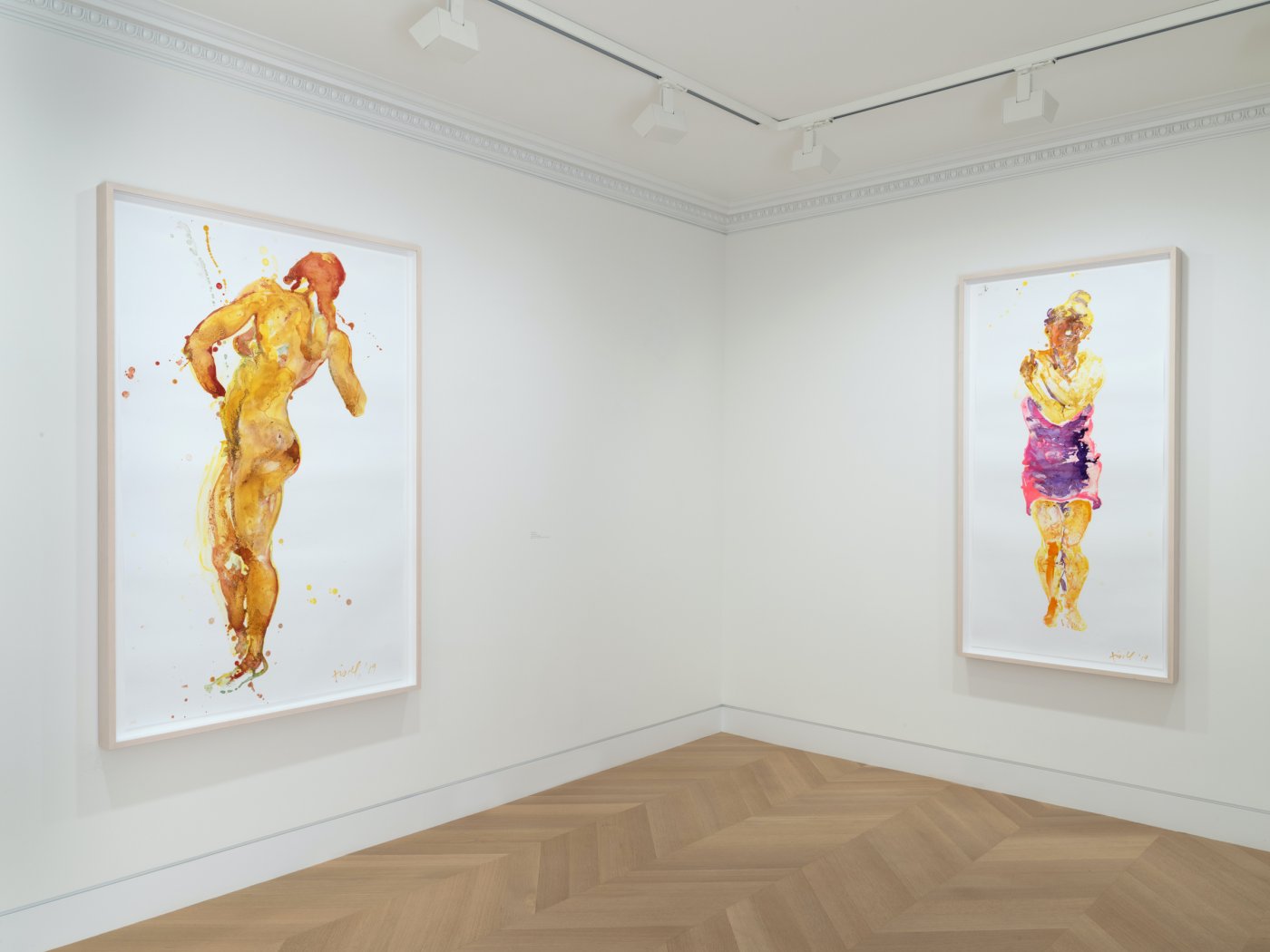 Predominantly blue, Fischl’s palette of sea and sky frame single and multi-figure scenes ­unified under a foreboding threat. Amidst tender moments and inexplicable joys, Fischl’s hints of hope glint through a darkened horizon ­– articulating the nuance and challenges of this incomparable moment.

Encircled within the American flag, a mother embraces her child balancing on the tip of her toes, protecting her from an ominous sky. Late America 2, a continuation of Fischl’s 2017 exhibition in response to the preceding presidential election, abstracts the tensions that mirror a society in crisis. Now, four years later, Fischl returns to many of the same motifs, this time removing the familiarity of a suburban pool or domestic interior, leaving his figures to float allegorically in ambiguous landscapes.

With a nod to Lars Von Trier’s Melancholia from 2011, in which normal life proceeds as the end of the world imminently approaches, Fischl parallels our collective experience. A mixture of confusion, discouragement, cluelessness, and ironic humor convey complexities within the simplest interactions ­– Like Explaining the End of the World to a Dog illustrates these misgivings. Hands up in a gesture of exasperation, a child looks down to a dog, who innocently stares back, lazily scratching behind its ear. Though her attempts to communicate are fruitless, a halo of white framing her head imbues her with a divine sense. Her efforts are carried out nonetheless, connecting poignantly with the impossibility of reaching basic understanding with those who may listen, but cannot comprehend.

Pushing aside self-imposed limits, Fischl loosens his approach to painting by introducing the combined use of oil and acrylic paints within his work, producing both a blend and clash of textures as well as a fluidity similar to his recent works on photo paper also on view.