Hollis Taggart presents Epilogue: Michael West’s Monochrome Climax, an exhibition focused on the artist’s black and white paintings from the 1960s and 1970s. This is Hollis Taggart’s second solo presentation of West’s work since the gallery took on exclusive representation of her estate and archive and organized the exhibition Space Poetry: The Action Paintings of Michael West in 2019. 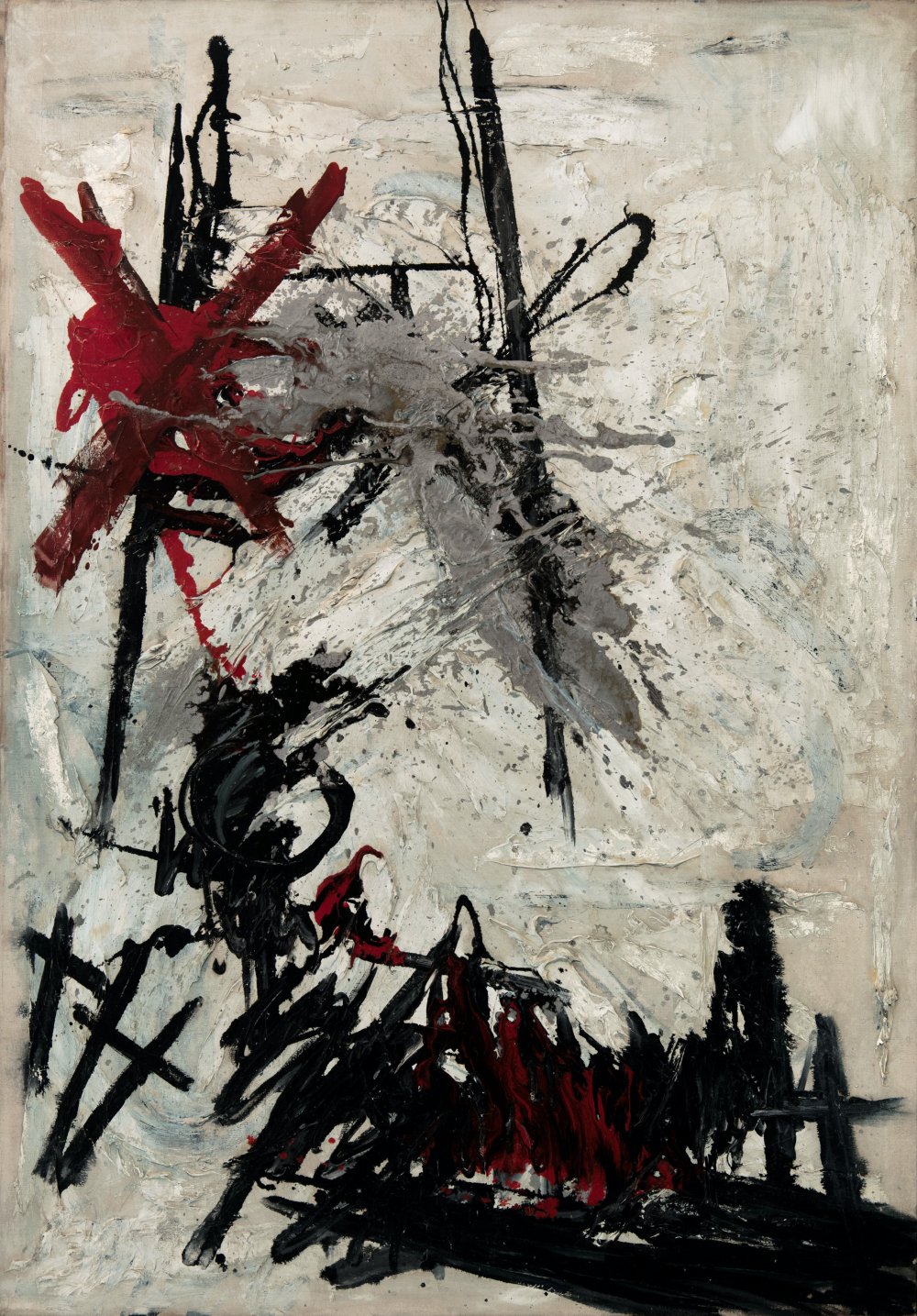 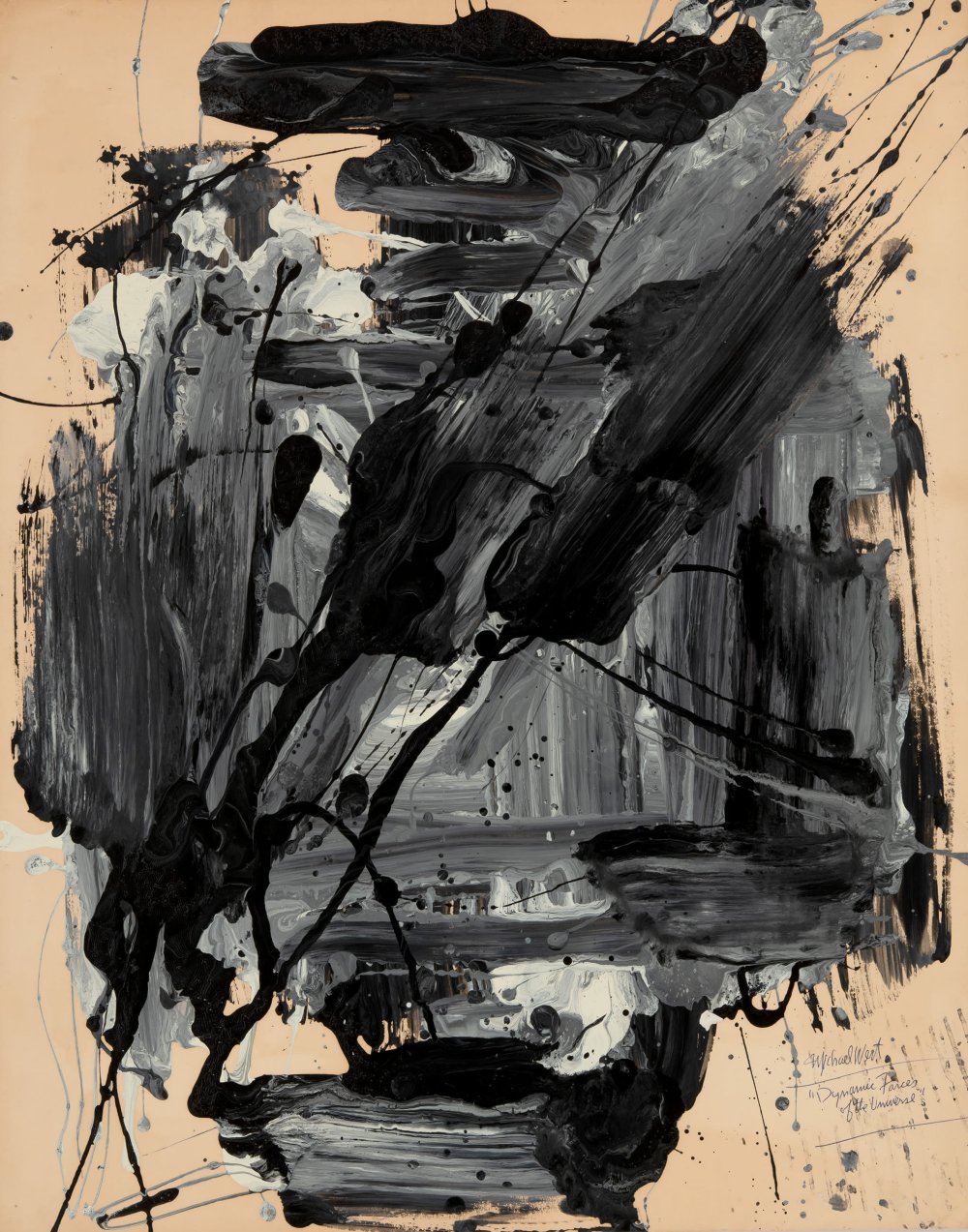 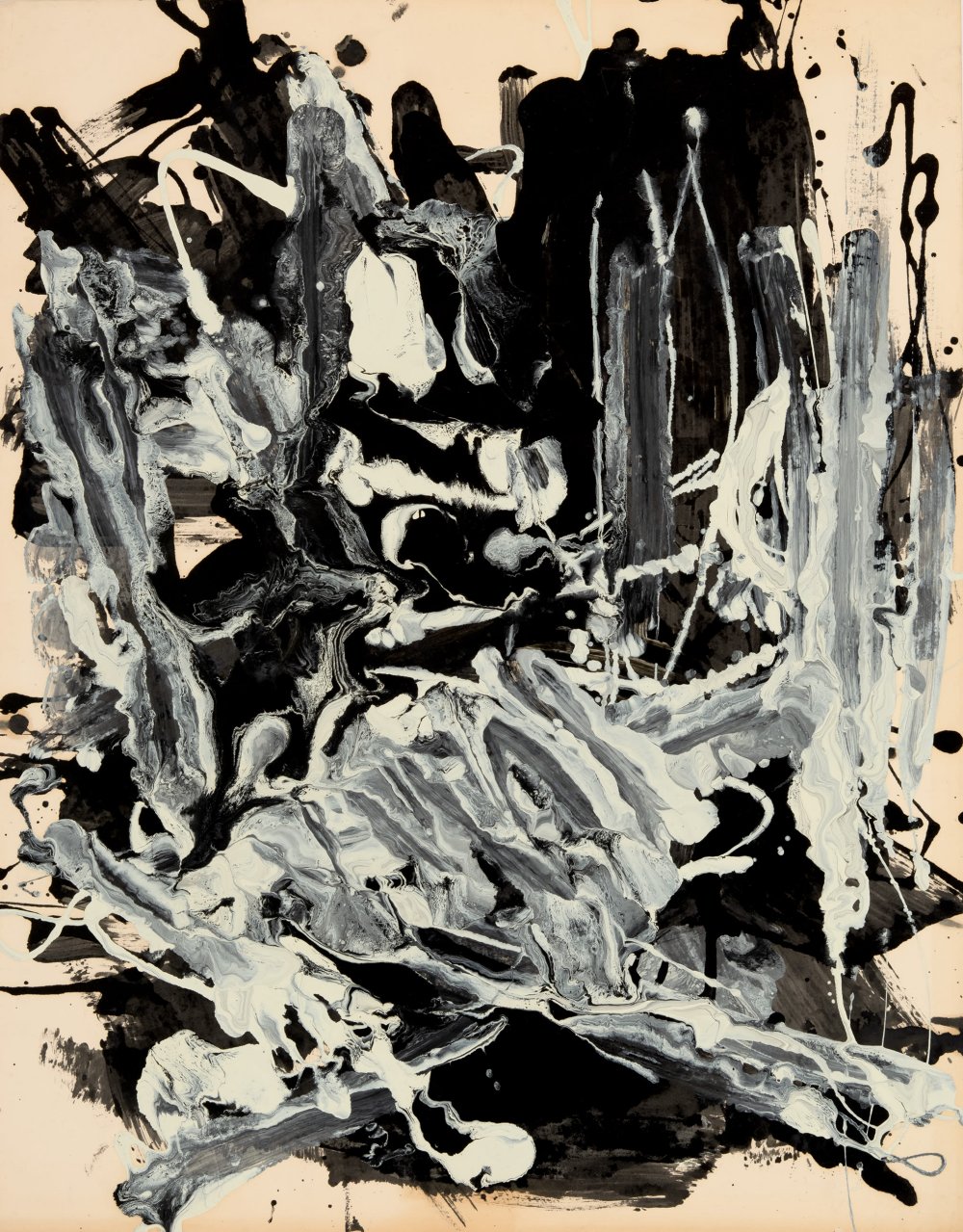 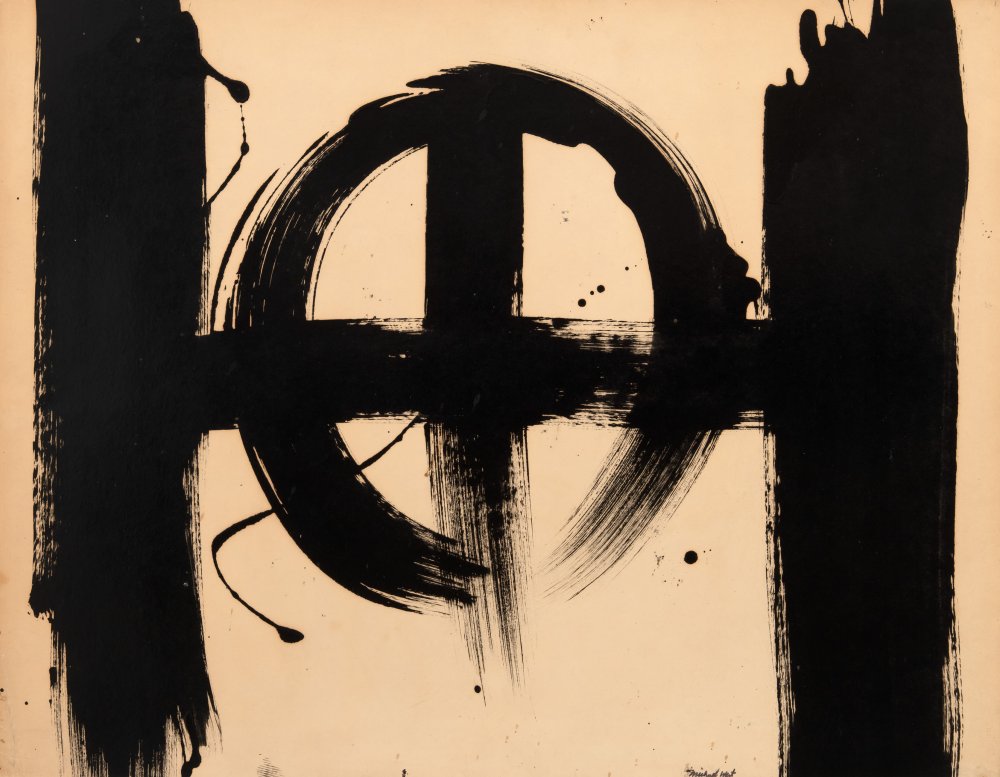 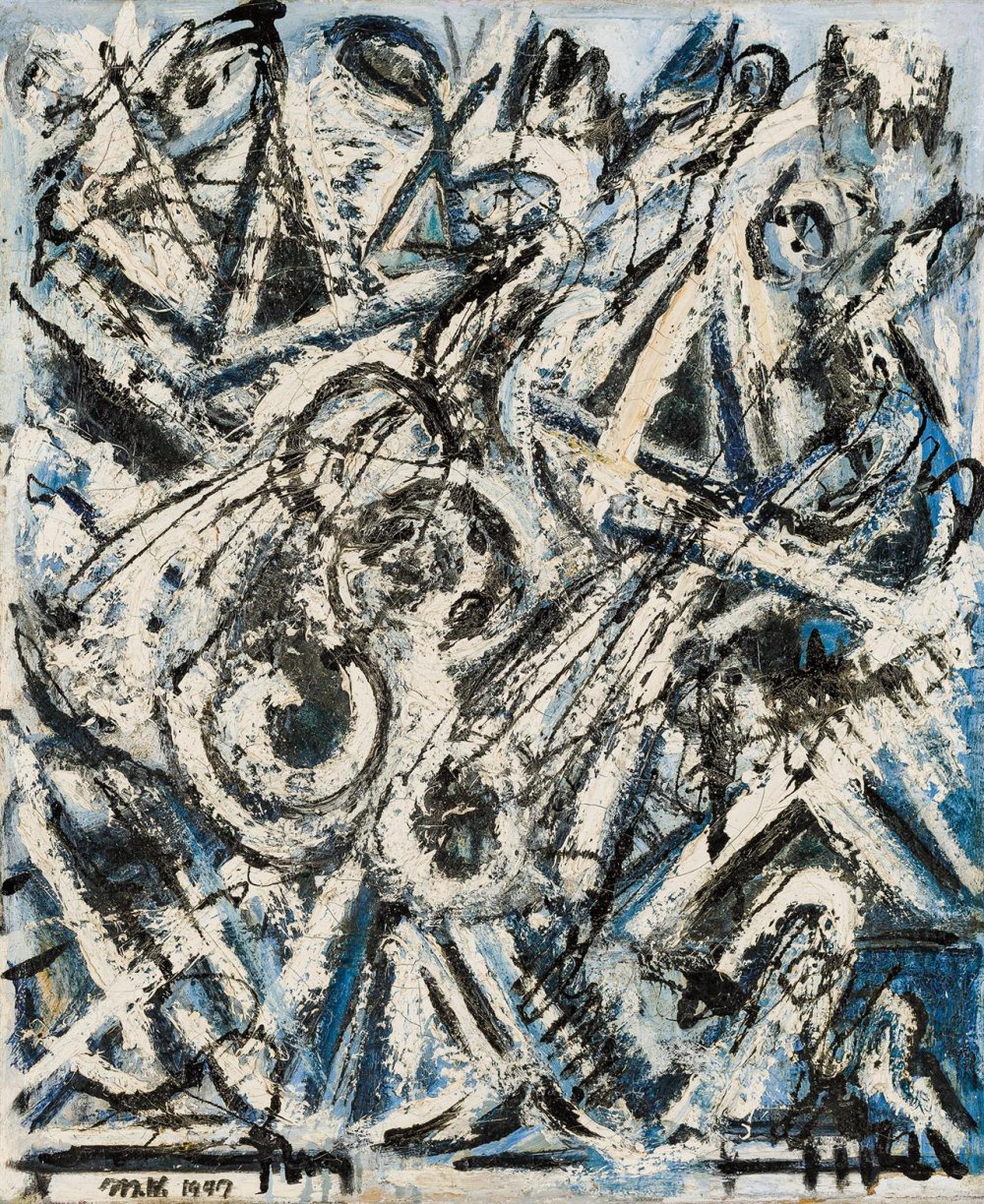 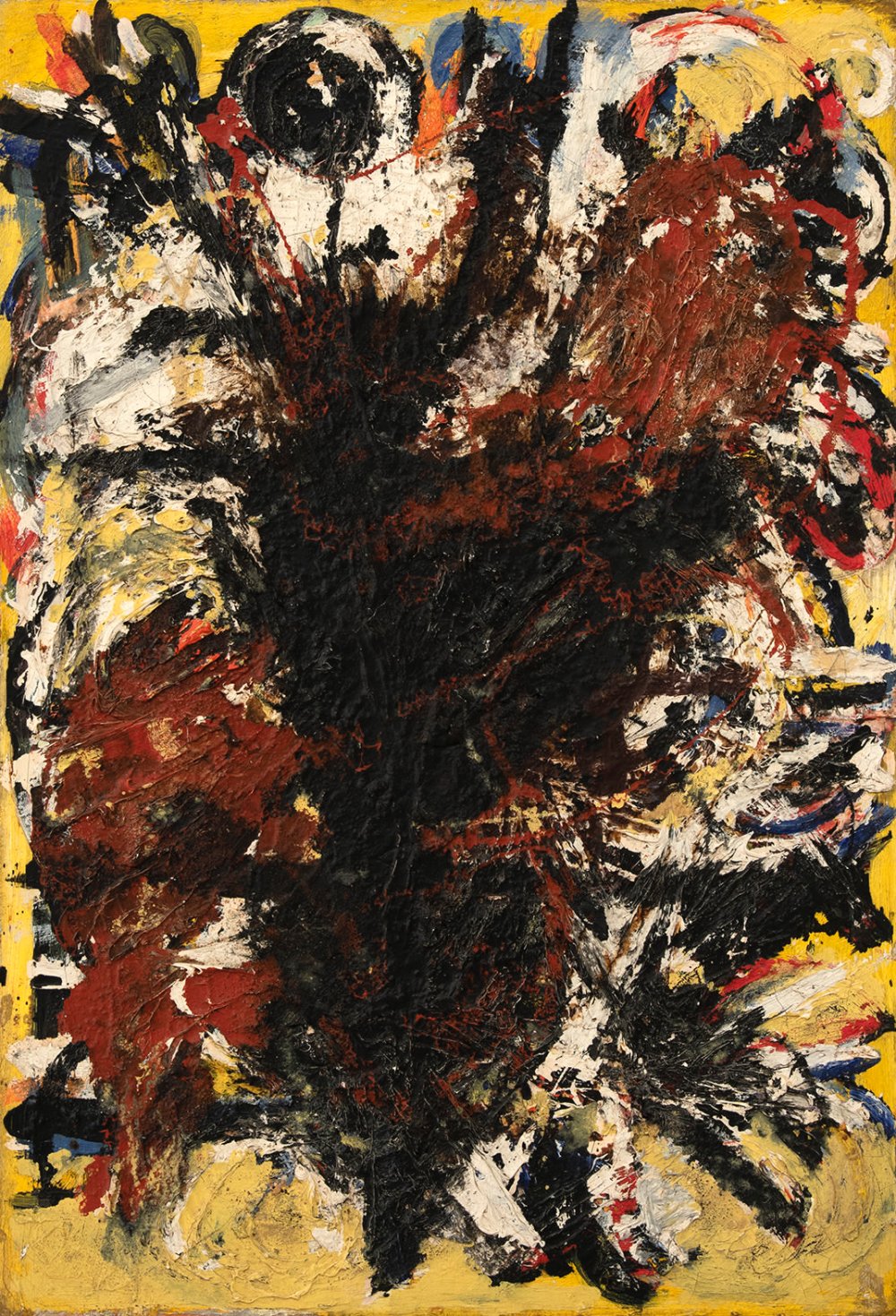 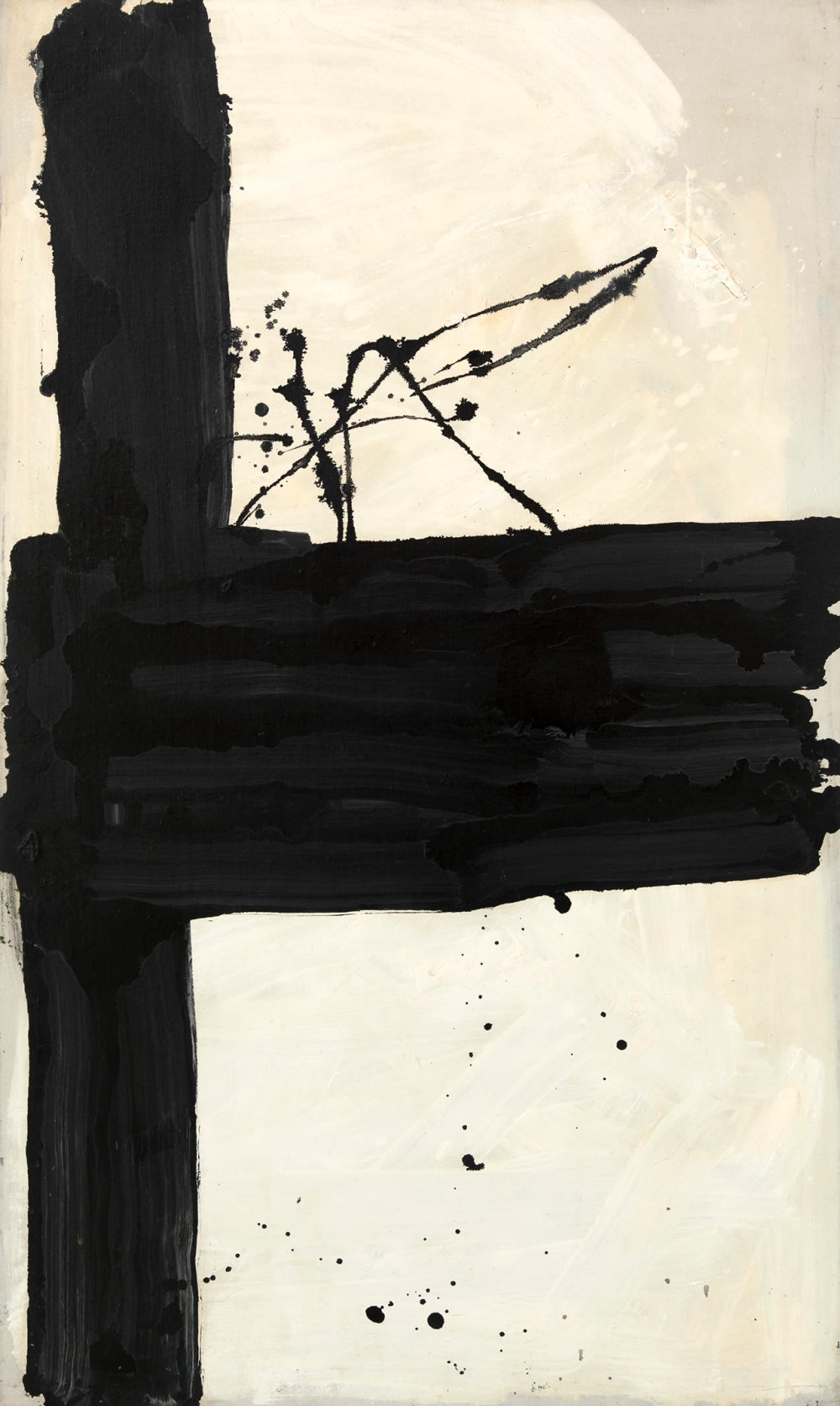 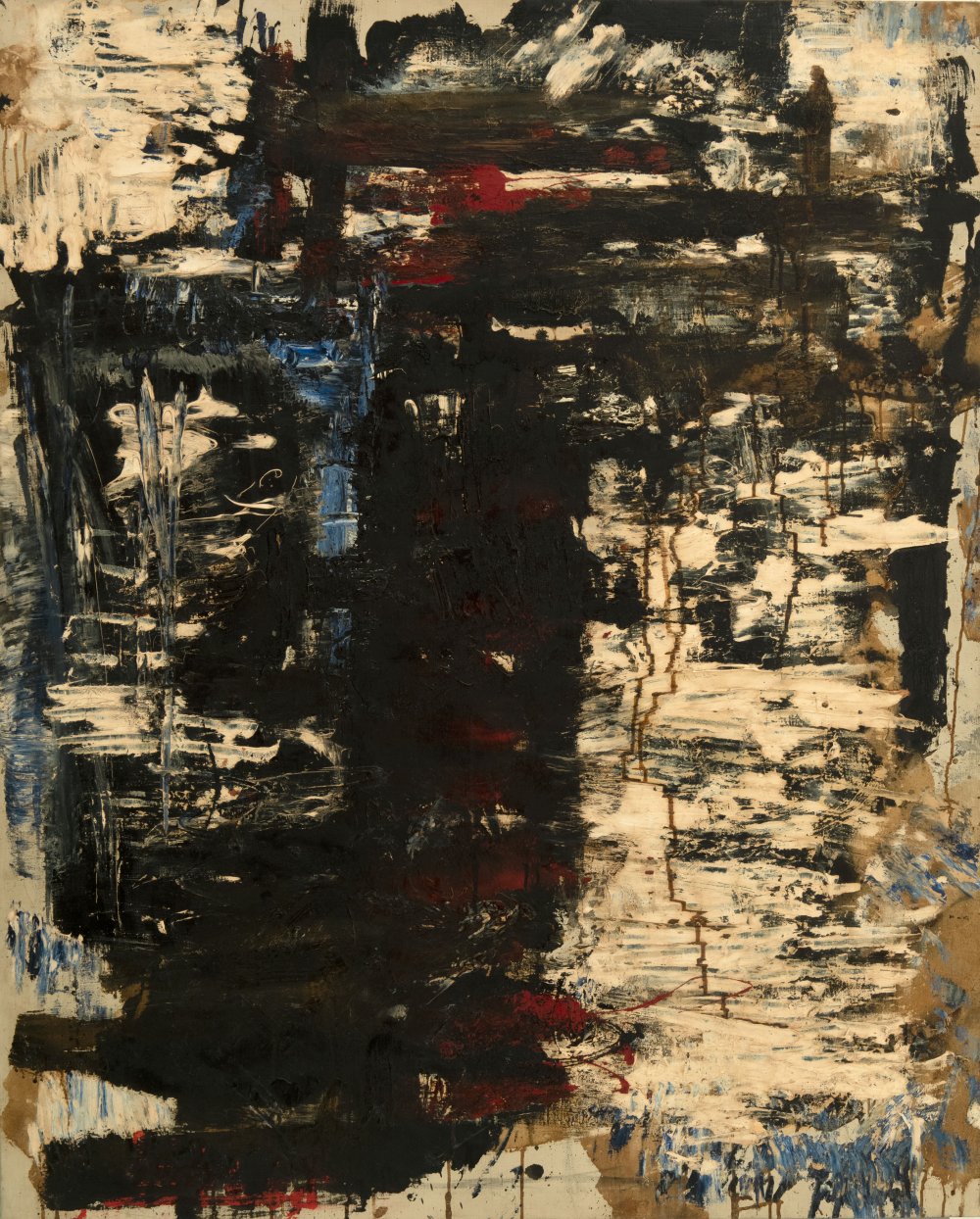 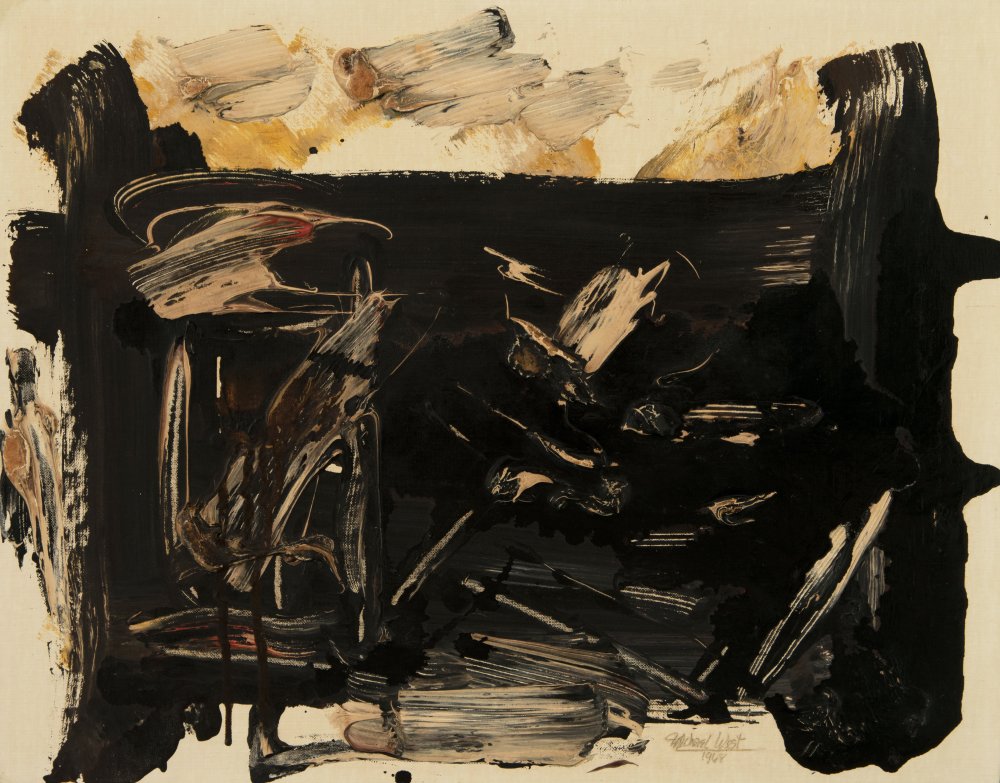 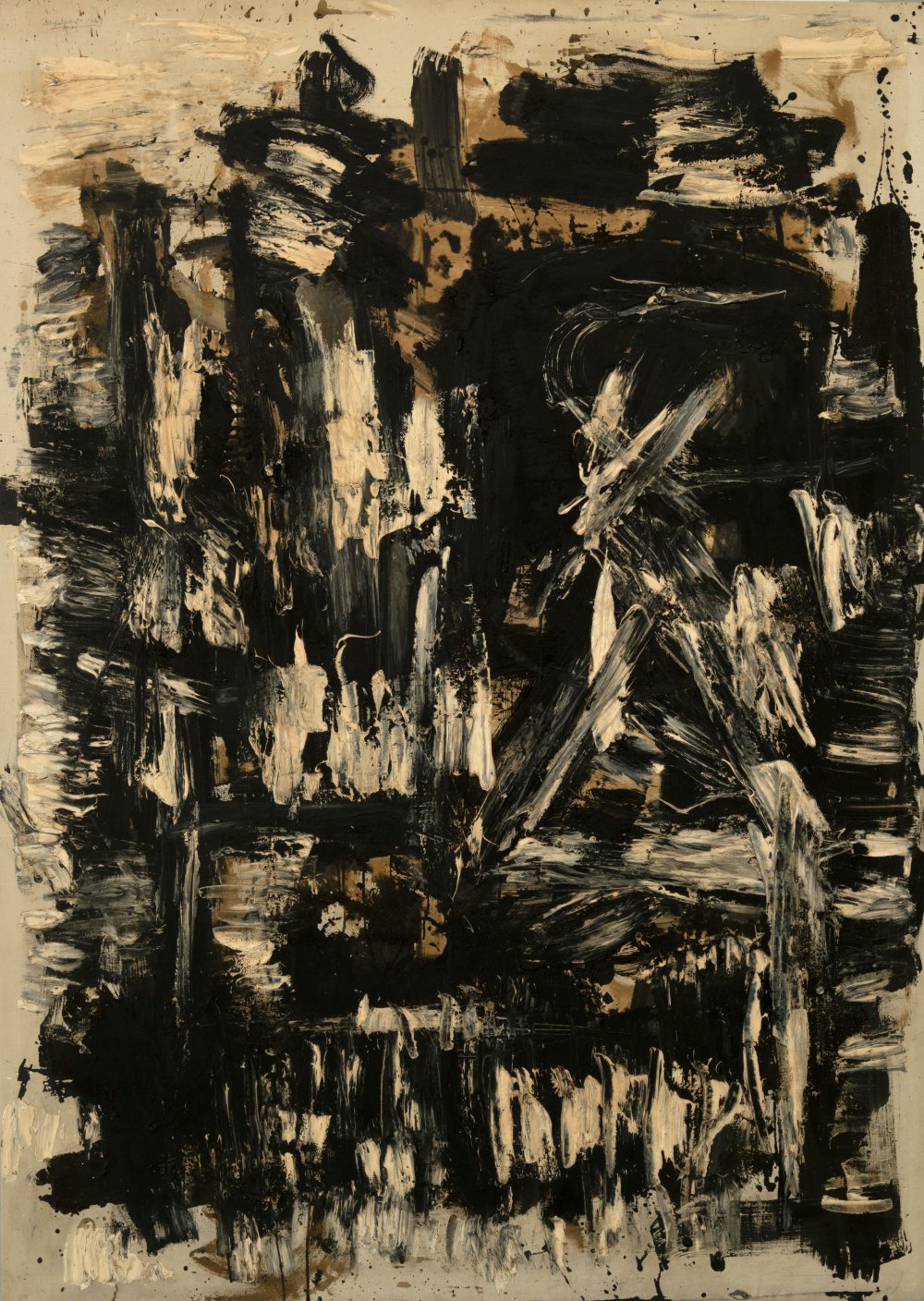 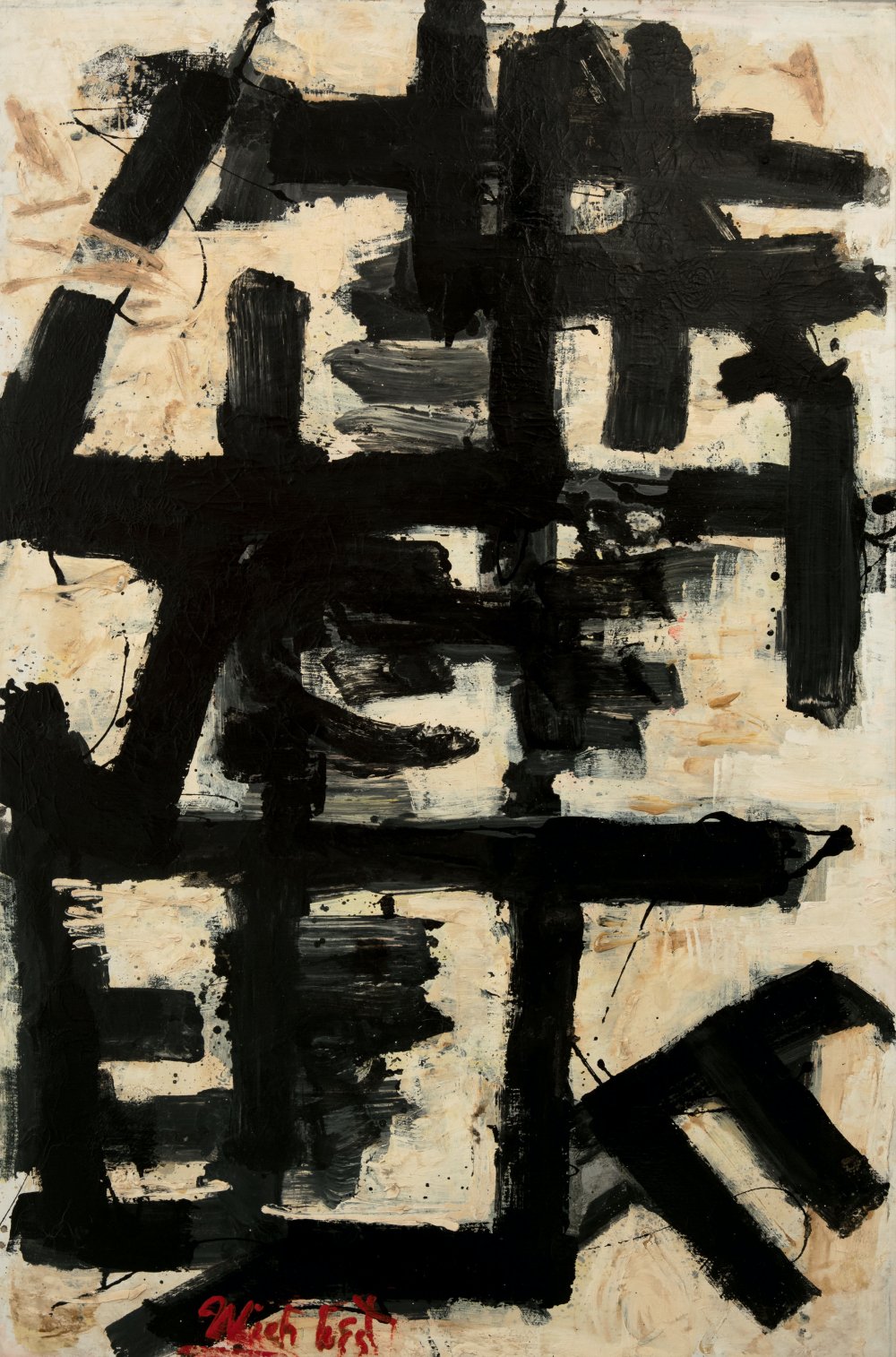 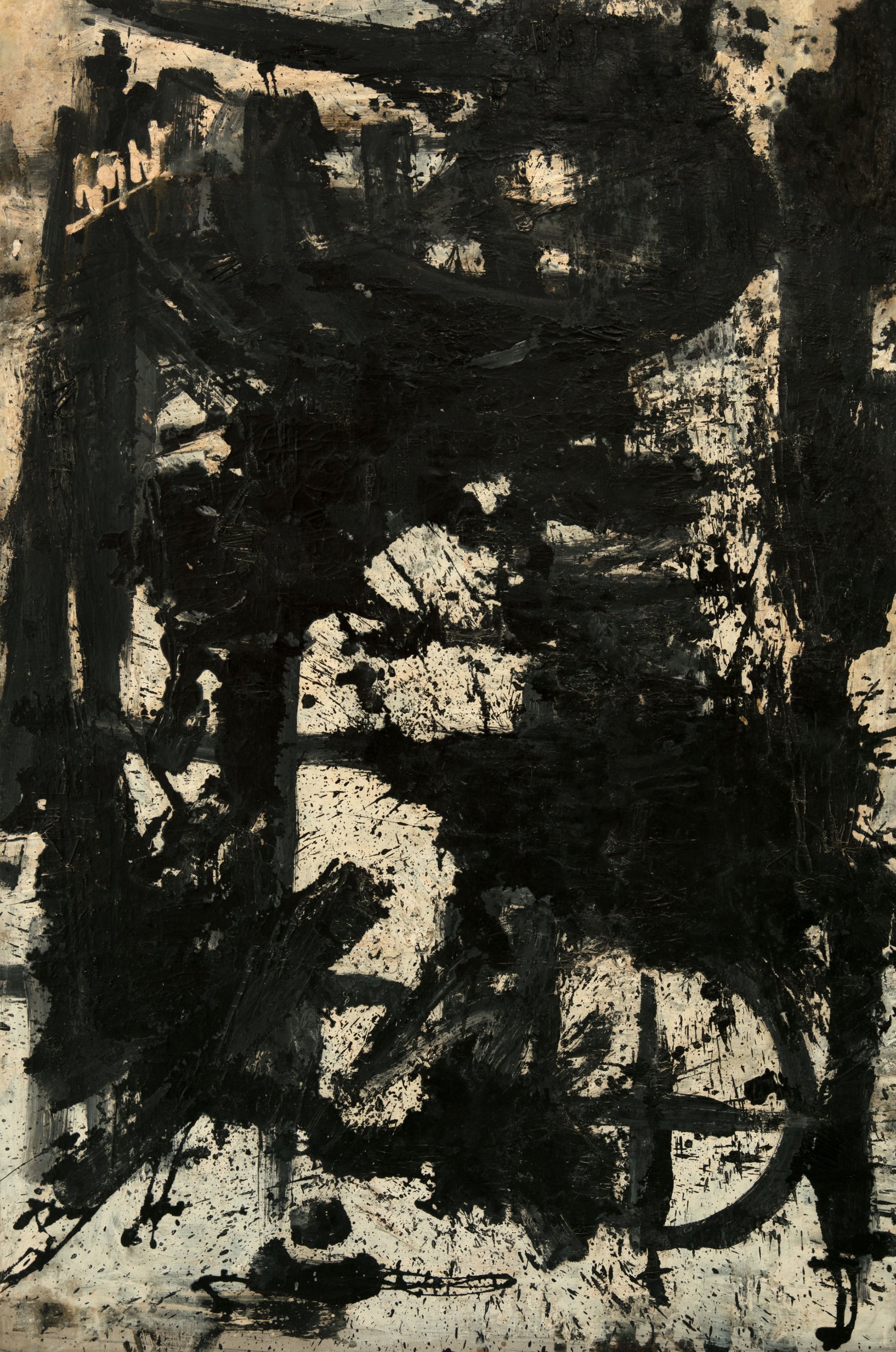 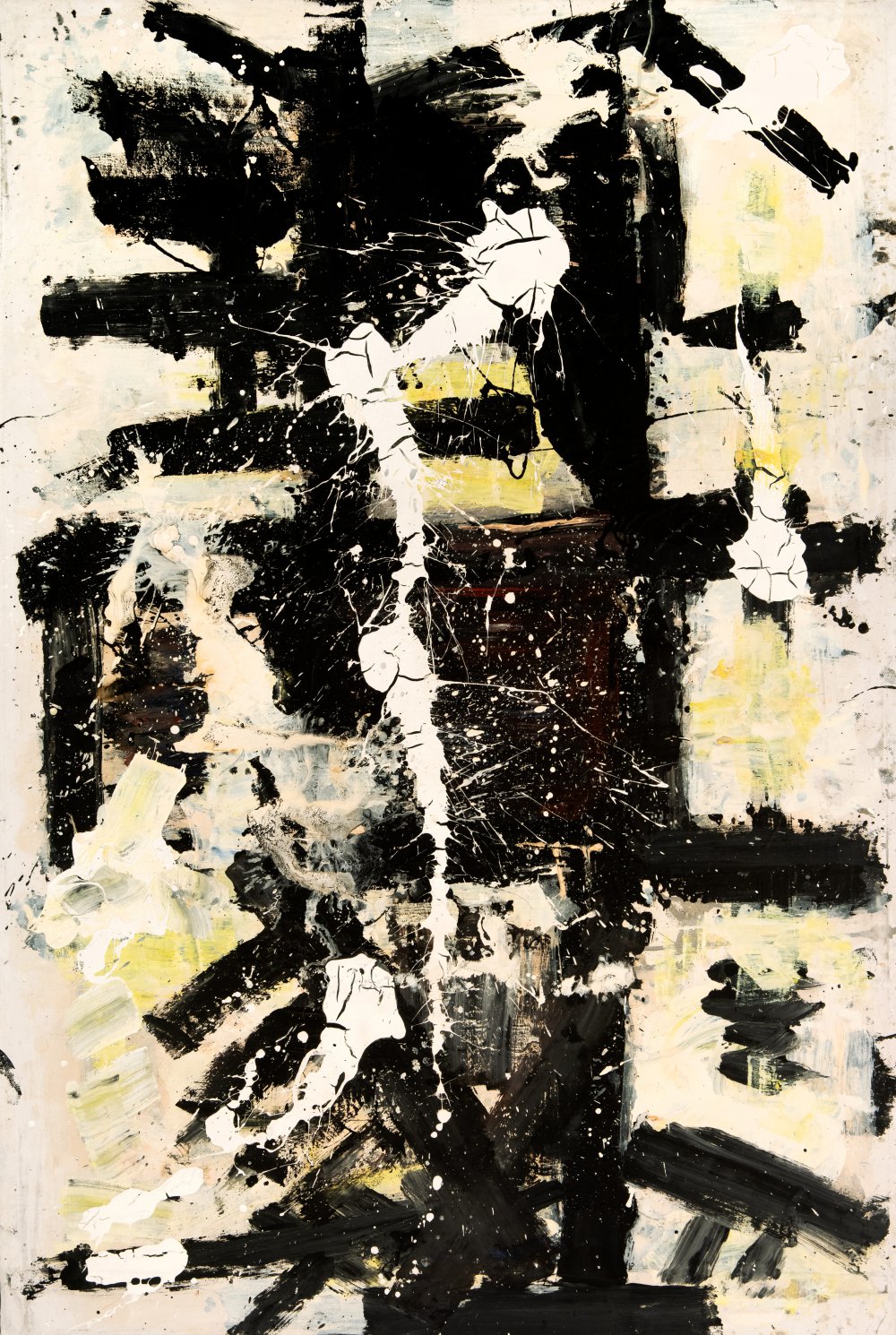 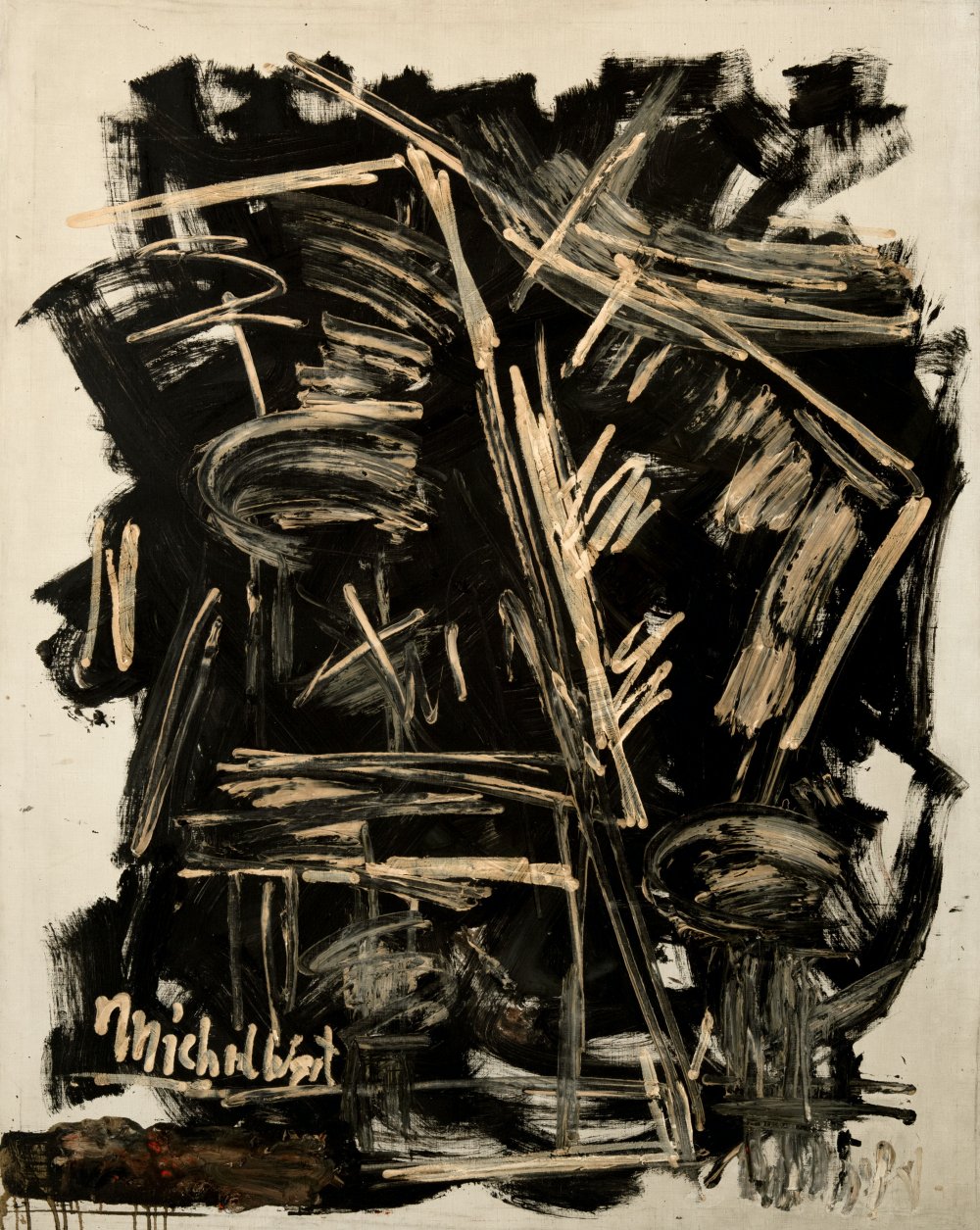 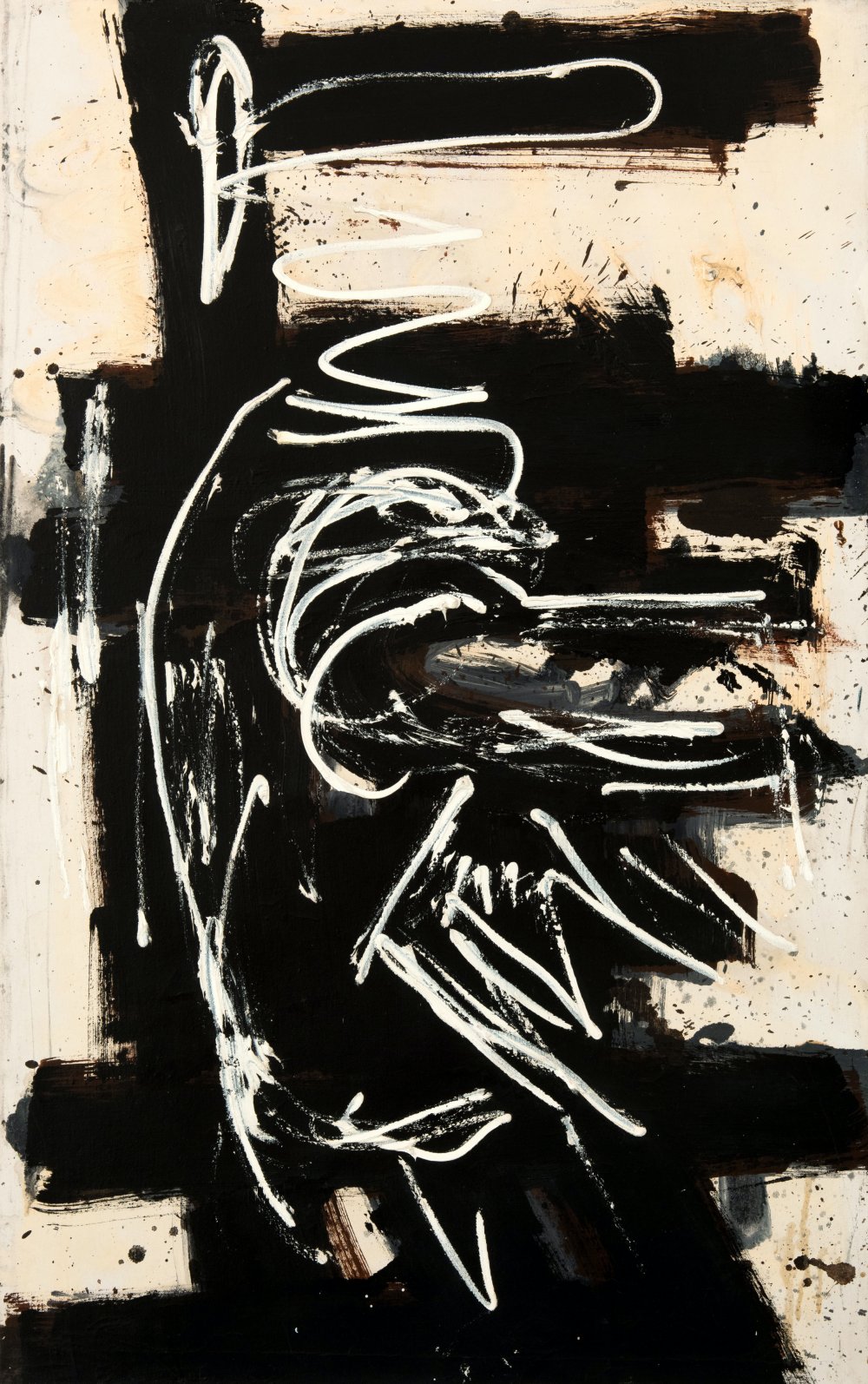 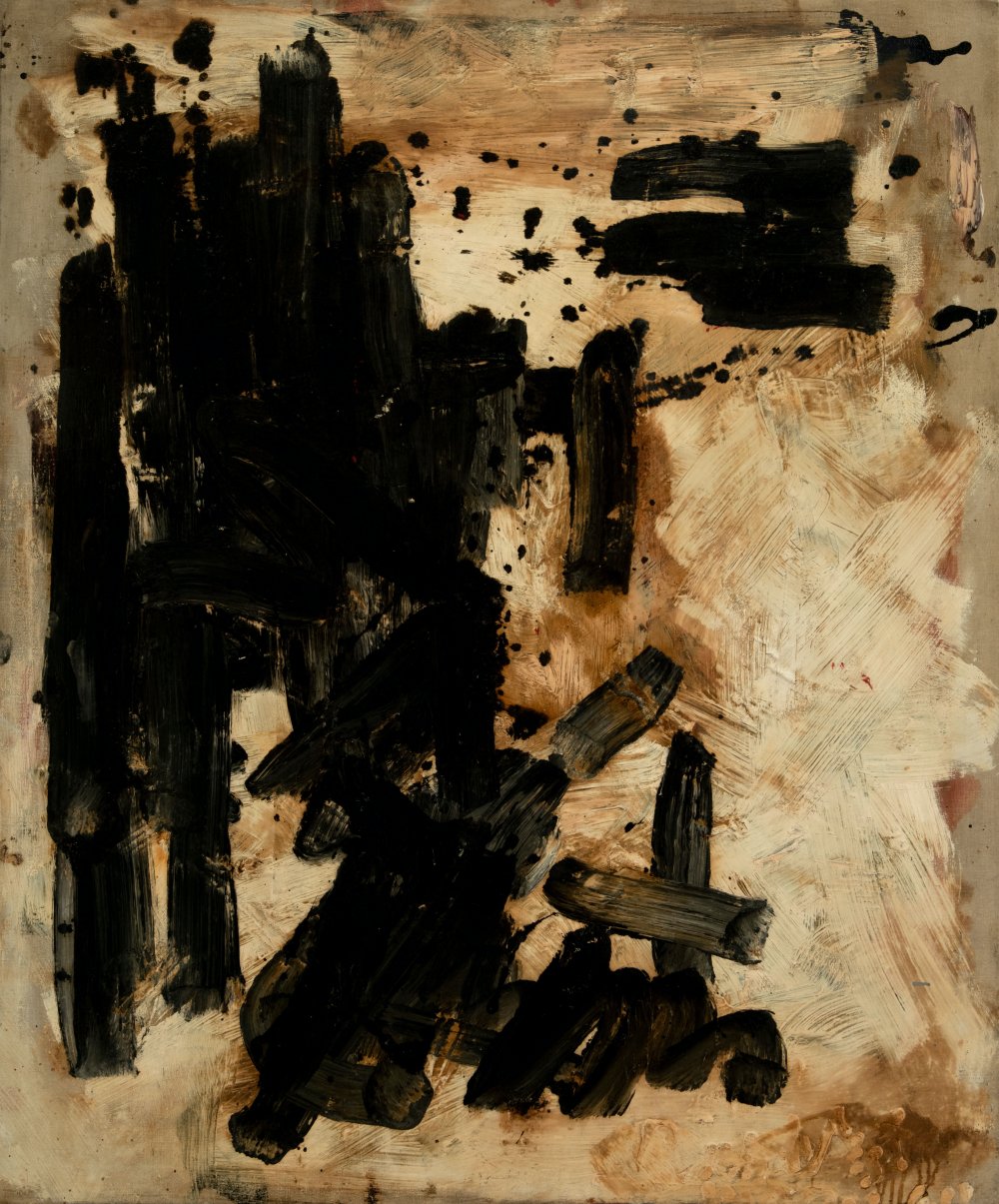 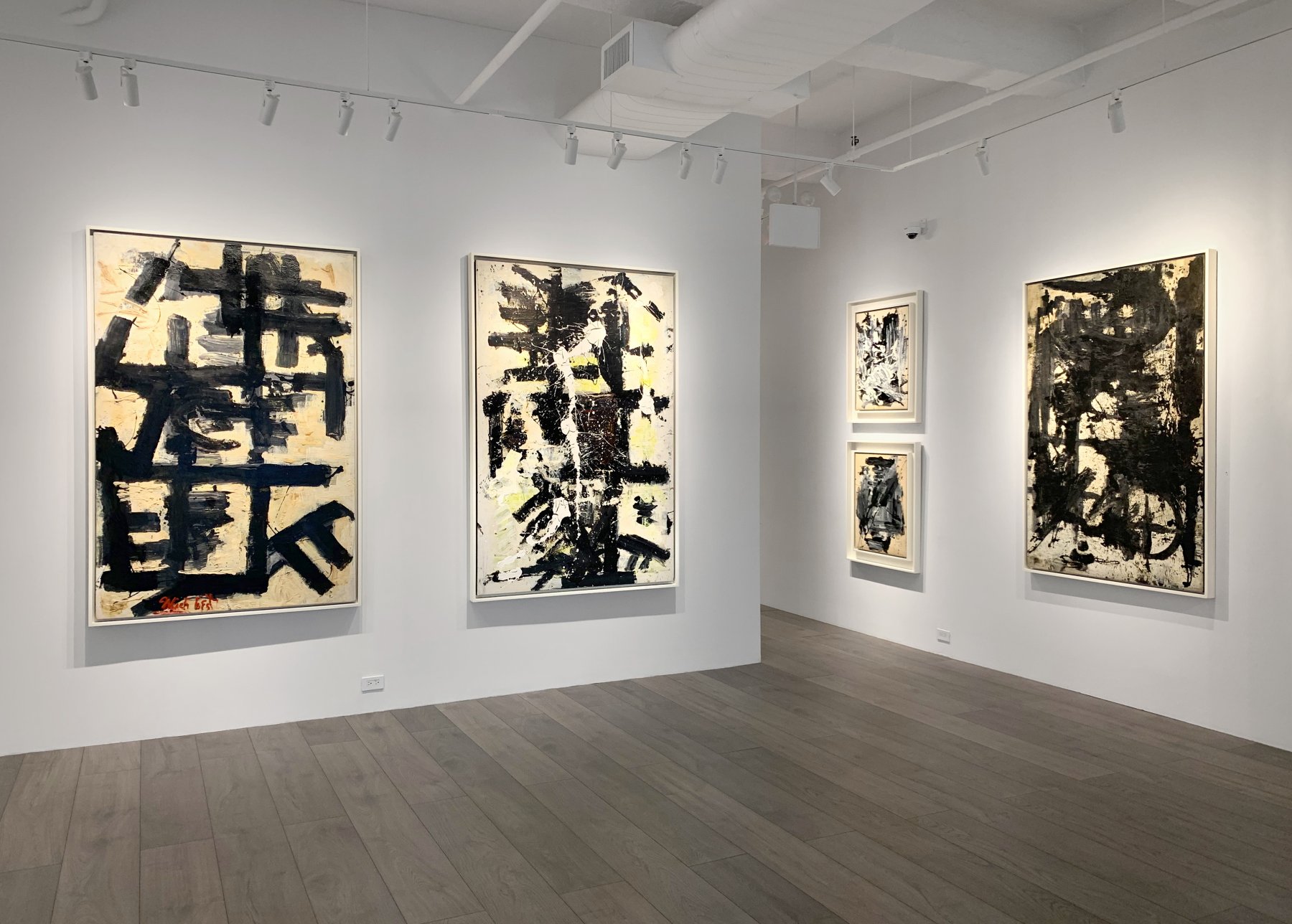 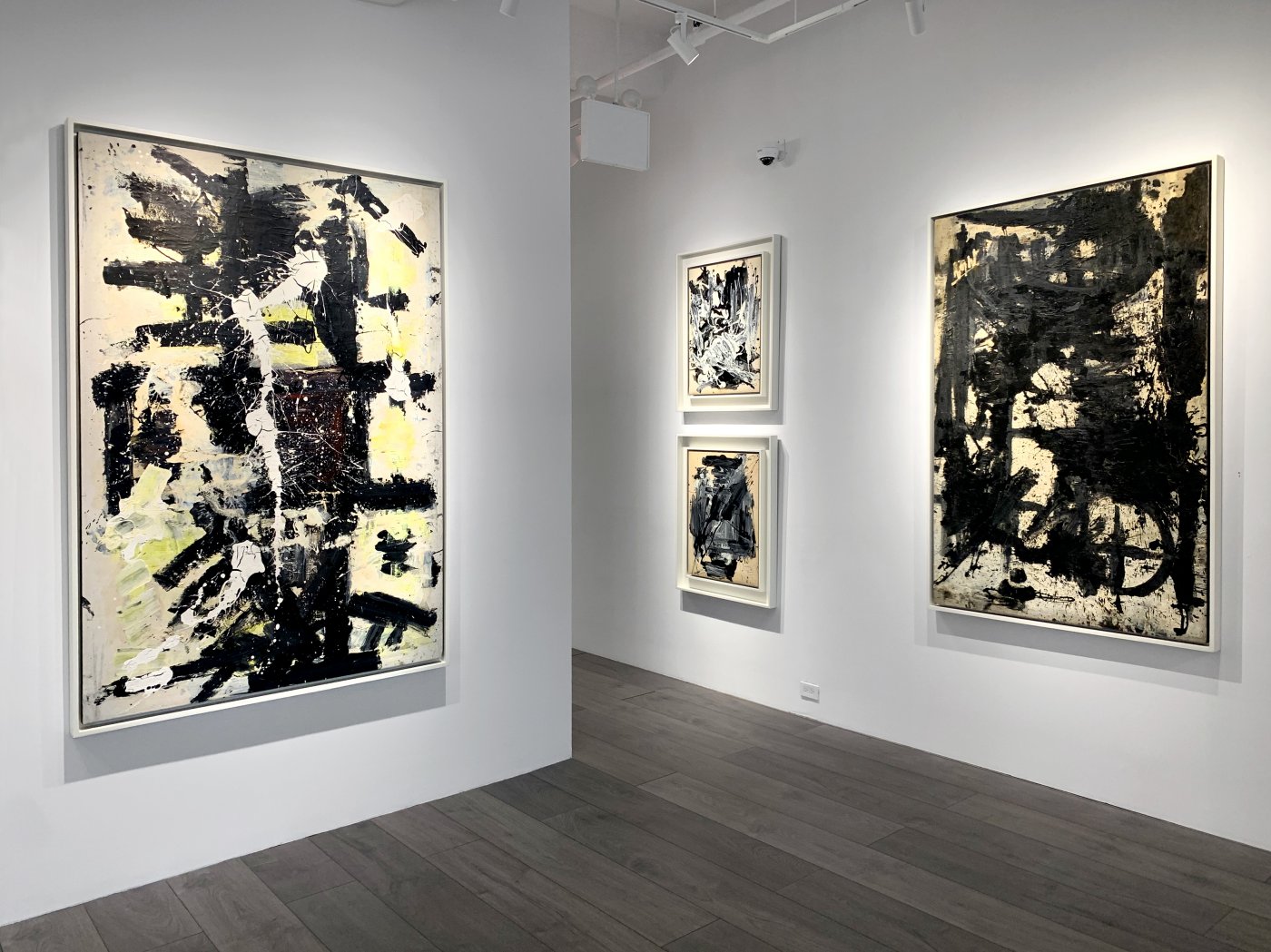 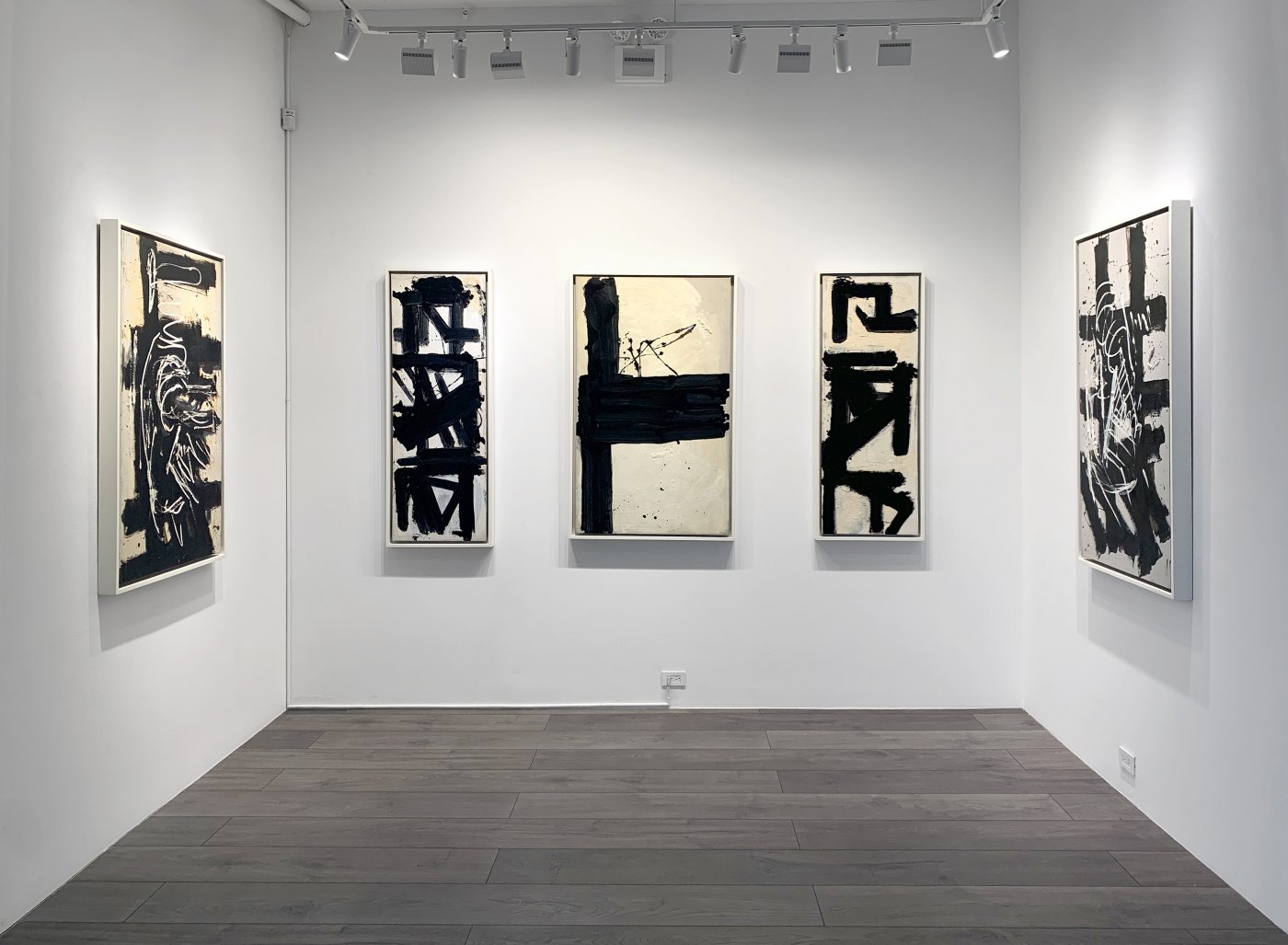 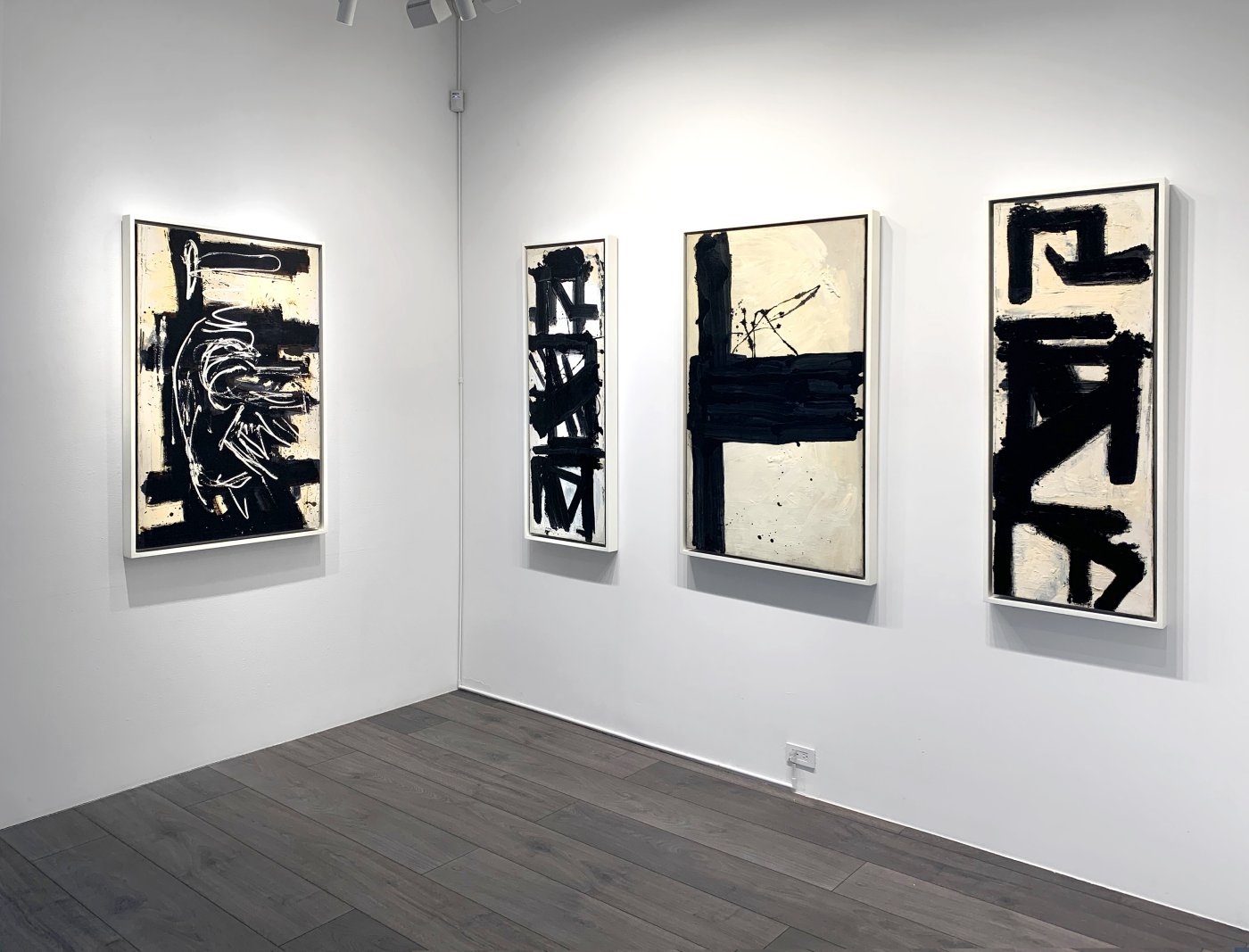 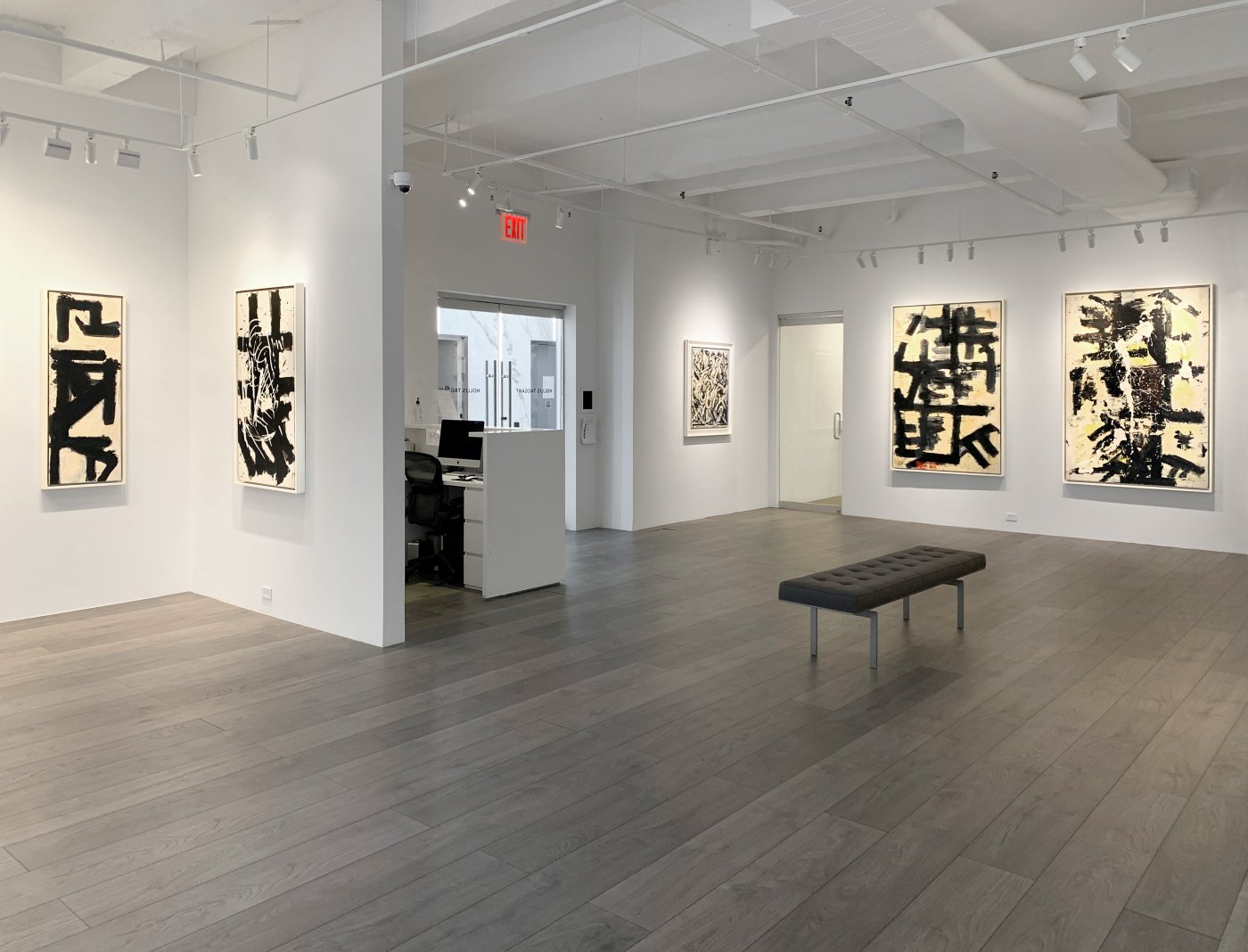 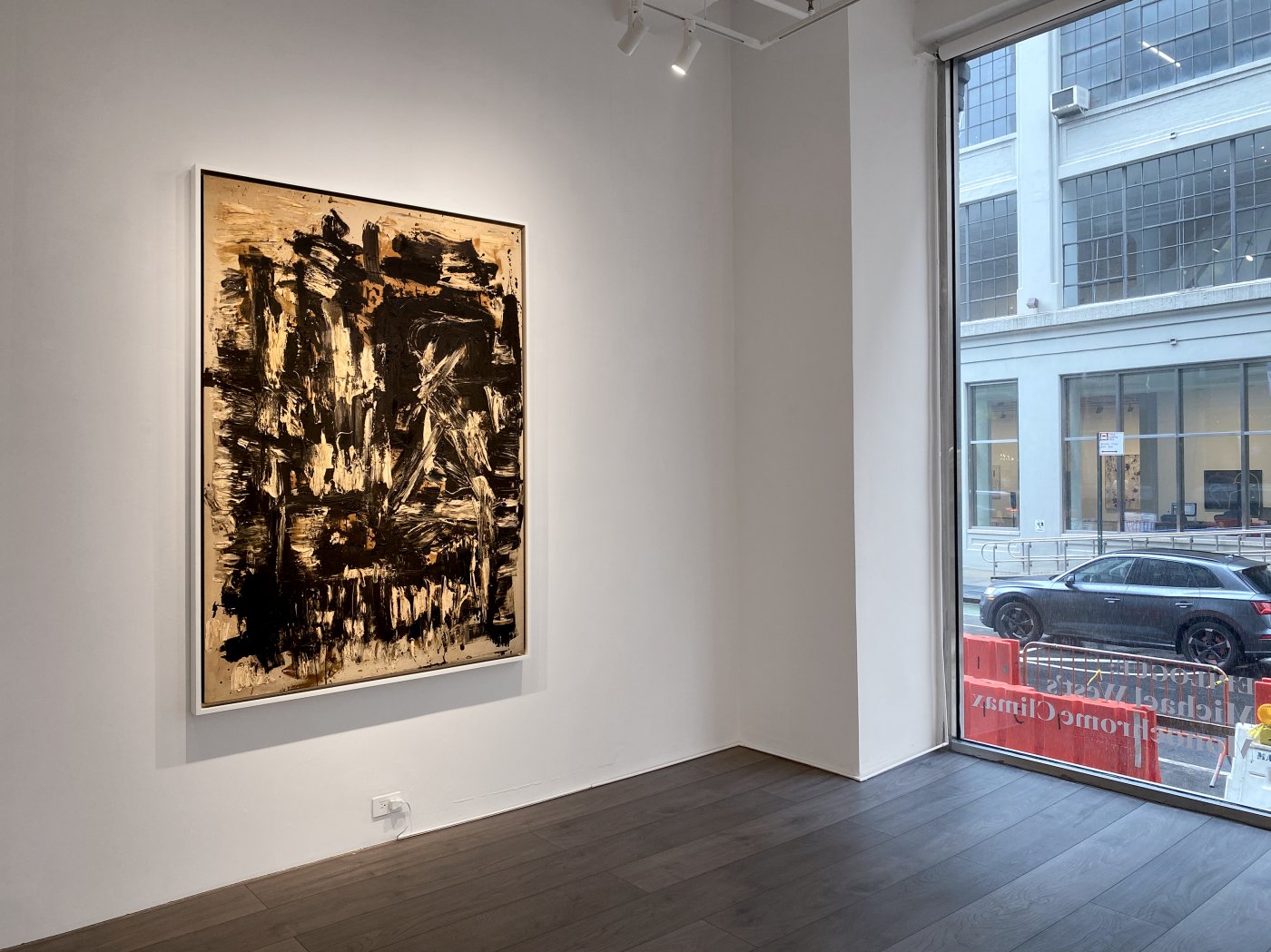 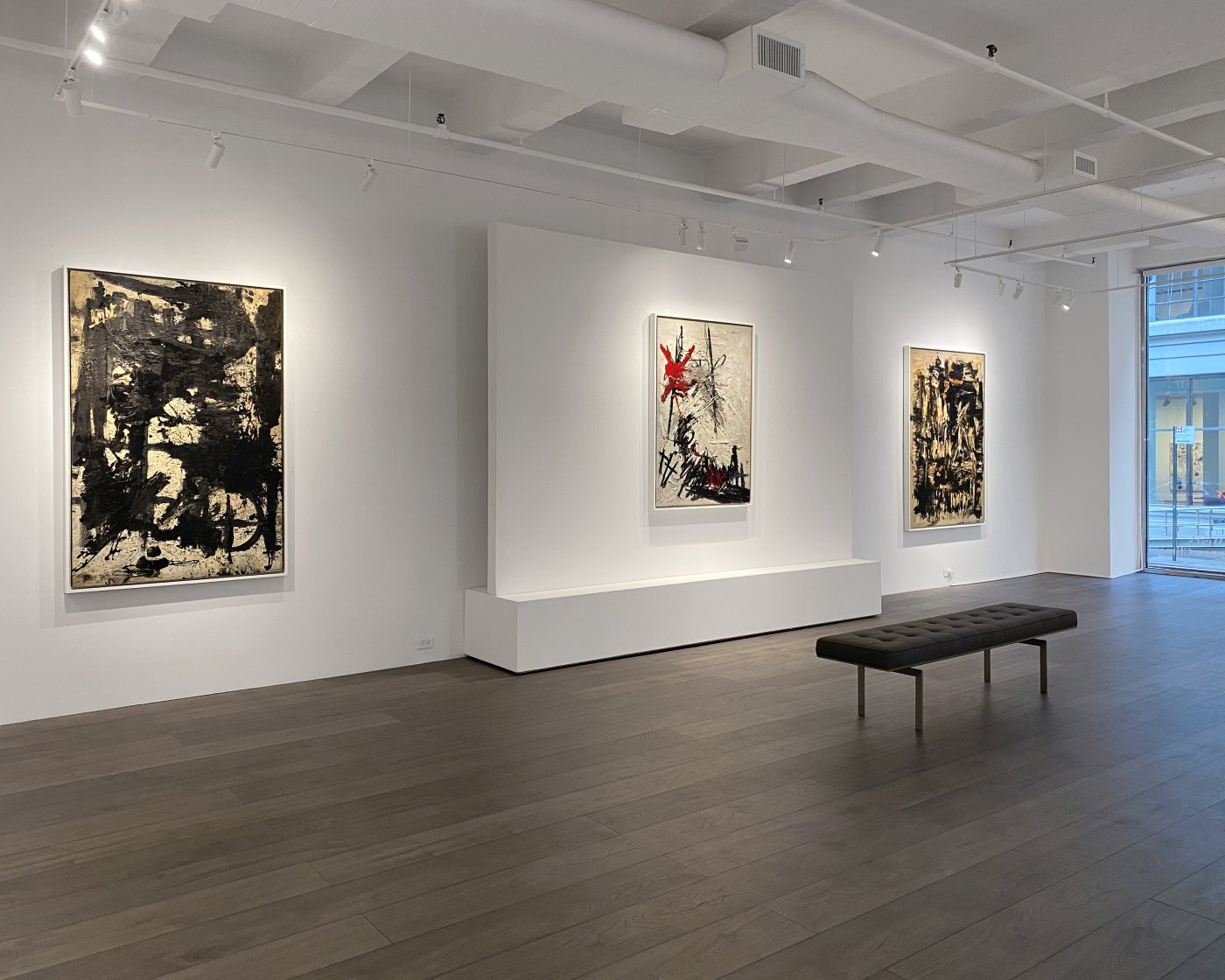 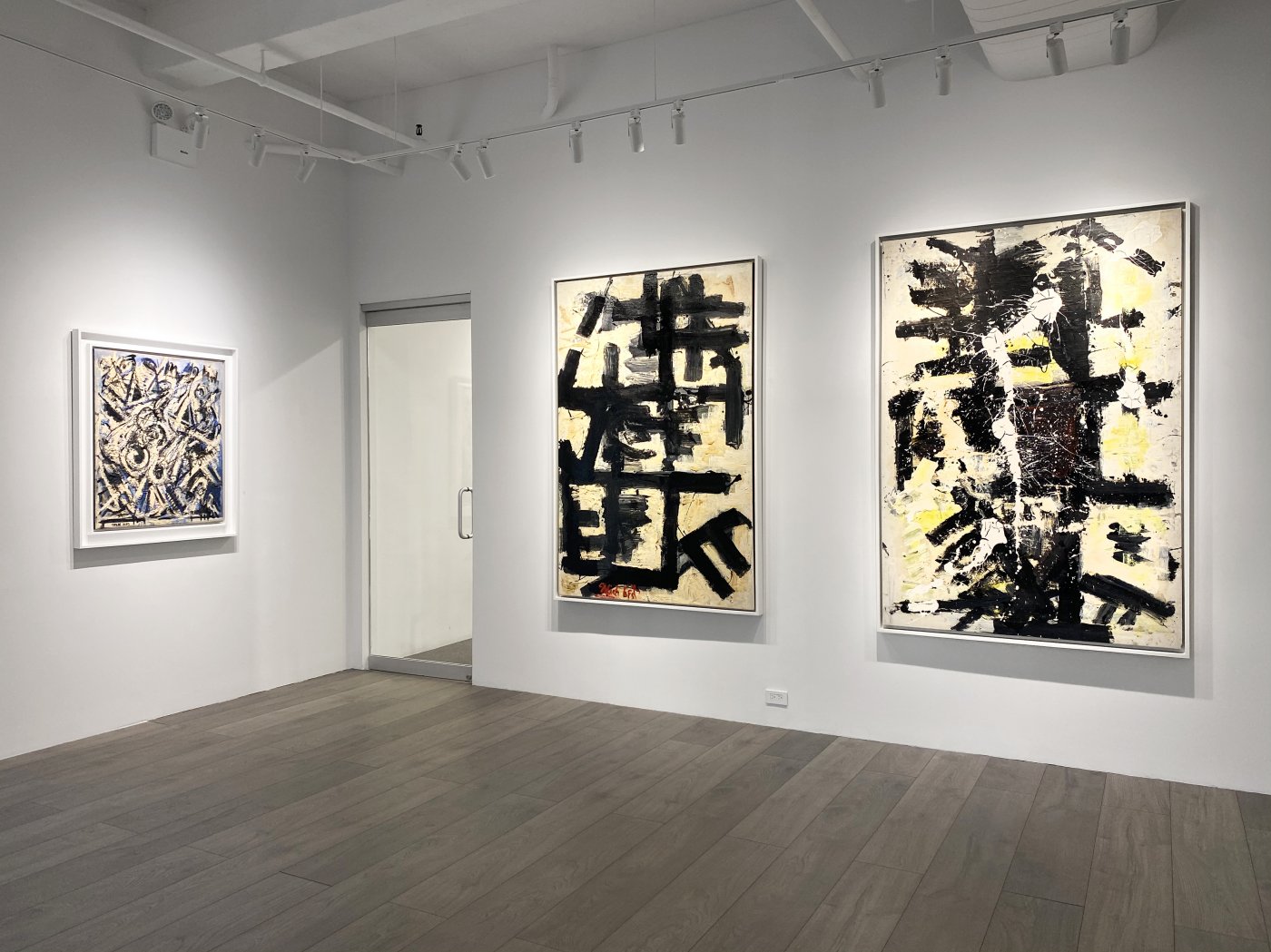 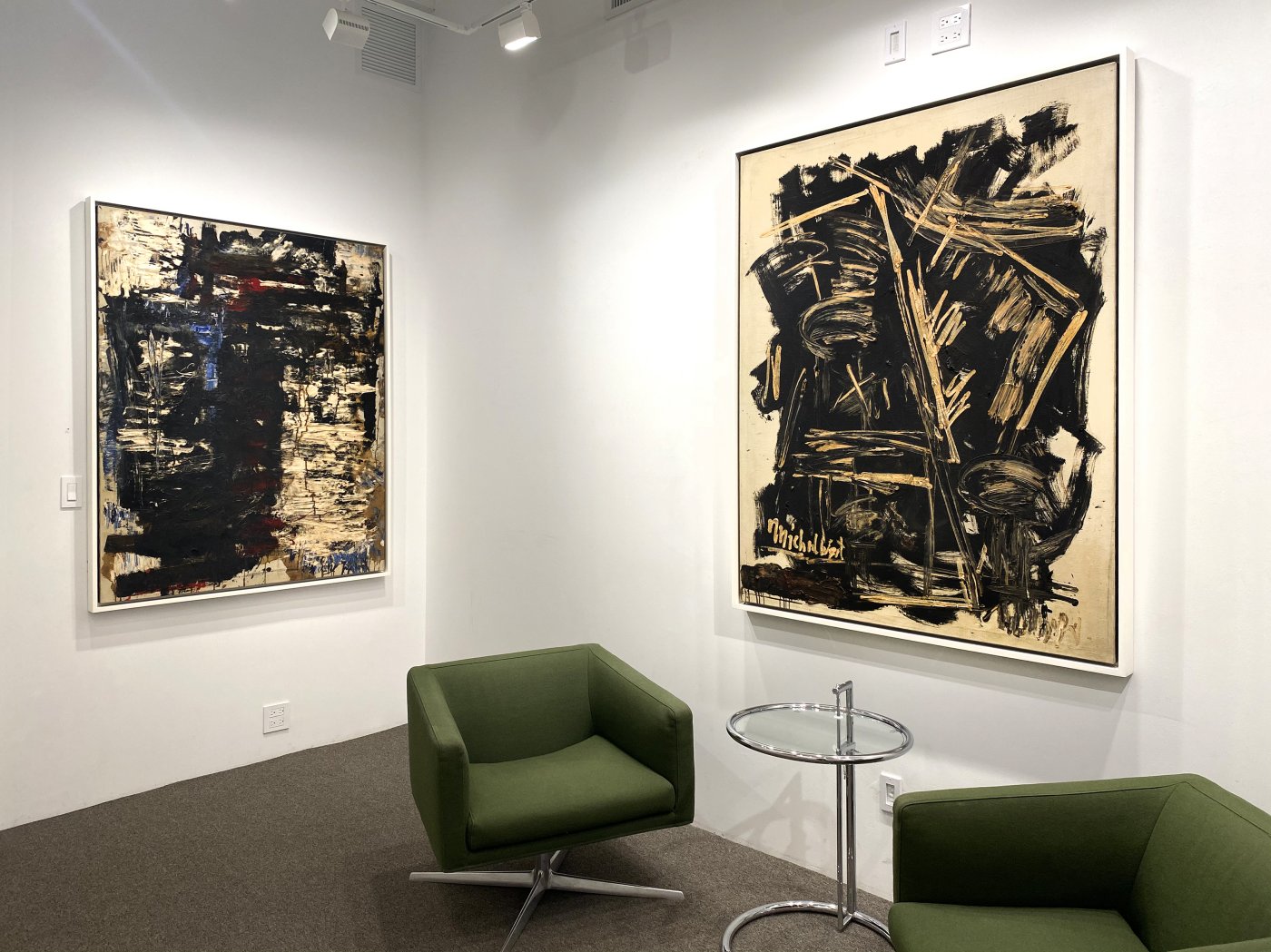 While Space Poetry offered an opportunity to engage with the breadth of West’s practice, reintroducing her to audiences and positioning her within the Abstract Expressionist movement, Epilogue focuses on her monochromatic work to explore particular threads within her oeuvre and her writings. The gallery, which has sponsored several catalogue raisonné projects, has also announced that it will be preparing a digital catalogue raisonné of West’s works.

Michael West (1908-1991)—born Corinne Michelle West— was an active participant in the dialogues and artistic innovations that shaped the Abstract Expressionist movement, though her work and voice have largely been obscured. When Hollis Taggart acquired the artist’s archive, the gallery discovered that West was a chronic cataloguer of her thoughts and experiences engaging with the New York art world and her contemporaries in it, including Arshile Gorky, Richard Pousette-Dart, and Hans Hoffman. As the gallery began organizing West’s archive, themes emerged in both her work and writing, including her preoccupation with monochrome. Through West’s extensive written record of her artistic journey – and her willingness to acknowledge contemporary influences while constantly rethinking her oeuvre – Hollis Taggart has been able to align the artists’ writings, philosophies, and experiences of color with her black and white canvases. Focusing on her work from the 1960s and 1970s, Epilogue and art historian Ellen G. Landau’s accompanying essay explore the formal and spiritual reasons behind West’s fascination with monochrome.

In one of her many “Notes on Art,” West wrote, in 1981, “To this day, I would rather look at black and white than anything else.” West’s interest in monochrome likely began through a confluence of her engagement with the Spanish artist Juan Gris’ cubist work as well as Gorky’s series Nighttime, Enigma and Nostalgia (1930-34), and continued in a self-imposed search for simplicity and clarity. Archival materials and West’s writings reveal that the struggle between using a more varied palette and devoting herself to monochrome was an early central artistic concern for West. In a 1951 “Notes on Art,” West wrote “The future of art lies in color – but am personally more interested in an affect [sic] of dark and light – the color explains the space – the more complicated the space the simpler the color.” It was in the late 1950s that the artist really began to engage with black and white and the corresponding effect of light and dark.

Limiting her palette significantly enabled West to further her exploration of the depth of a canvas, with the diversity of textures and densities becoming more central to the experience of a canvas when color is restrained. For Shadows of Forgotten Ancestors (1967), West applied paint through a combination of traditional brushwork, dripping and pouring, and making marks with a palette knife, resulting in a textural whirlwind where there is not only an interplay between black and white and light and dark, but also what has been added and what has been subtracted, between positive and negative. In this and many of her other black and white works, West was able to emulate the feeling and appearance of drawing on her painted canvases – an effect that many Abstract Expressionists were striving to achieve. This idea of carving into paint, or using the canvas almost as a drawing board, is further seen in White Writing (1968), a title which likely refers to fellow artist Mark Tobey’s technique, which had been described as “white writing” by the critic Clement Greenberg. Landau’s essay explores how West’s black and white works relate to those of other artists concentrating on monochrome at the time, both within the United States and abroad.

By pairing West’s monochromatic works with her writings, Epilogue demonstrates how West’s engagement with black and white was as much part of a spiritual and emotional endeavor as a formalistic artistic exploration in line with the Abstract Expressionist movement. In a 1946 “Notes on Art,” West wrote “Black and white is (identical) in my mind—with transfiguration.” West’s decision to strip down the canvas and restrict her palette was aligned with her philosophical search for clarity. On the back of a photograph of The Eclipse (Eclipse in Reverse) (1964-7) she scribbled “Subjective Light and Dark,” indicating that her engagement with monochrome was more than formalistic. The explicit reference to Edward Munch’s famous painting of the same name in West’s The Scream (1972) further hints at her desire to use black and white to explore existential questions.

For a full biography of the artist, please visit the artist’s page on Hollis Taggart’s website at this link.