Skarstedt presents Enoc Perez: Recent Drawings, the artist’s first solo exhibition to be shown at the gallery, on view at Skarstedt East Hampton. 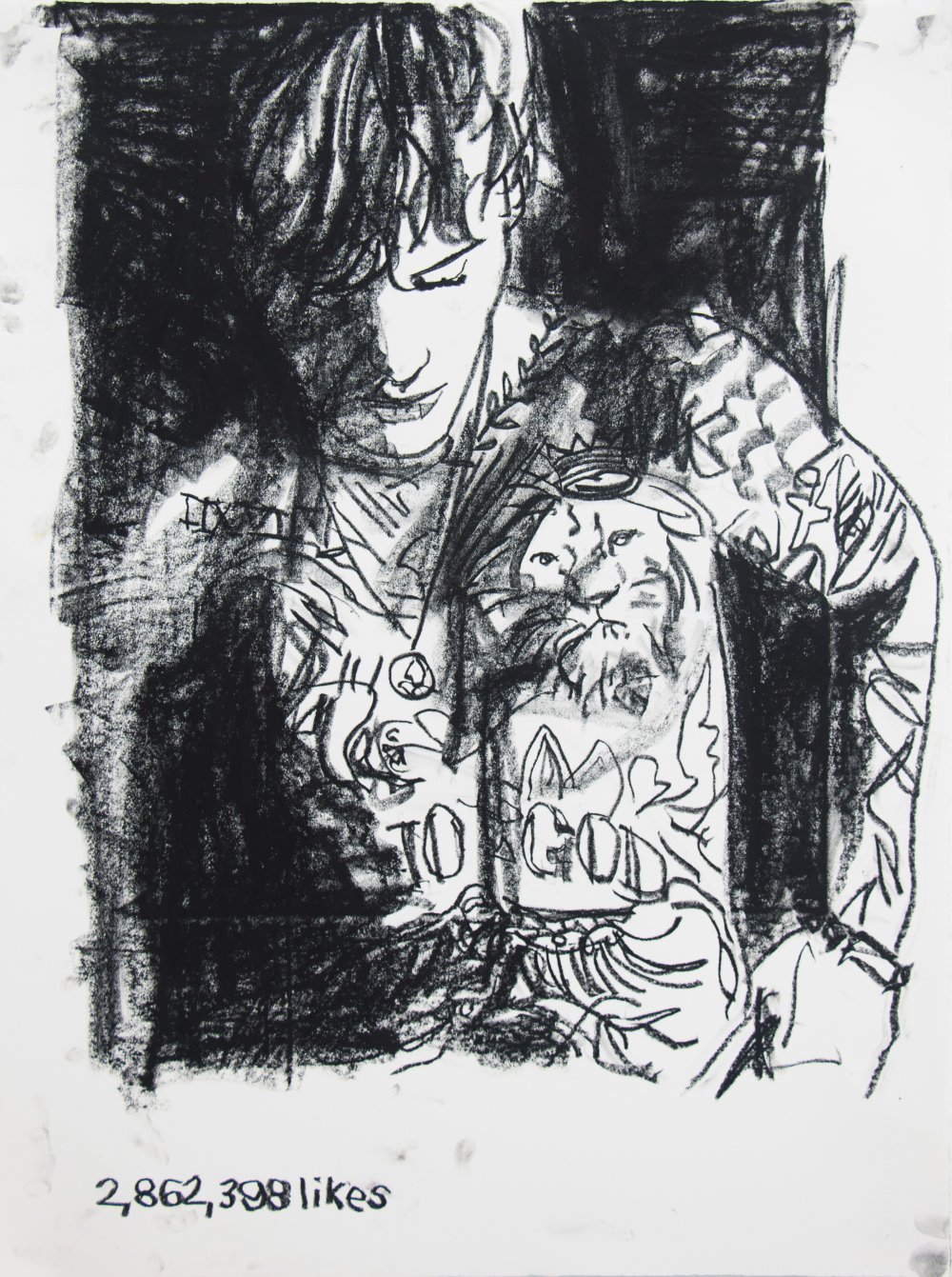 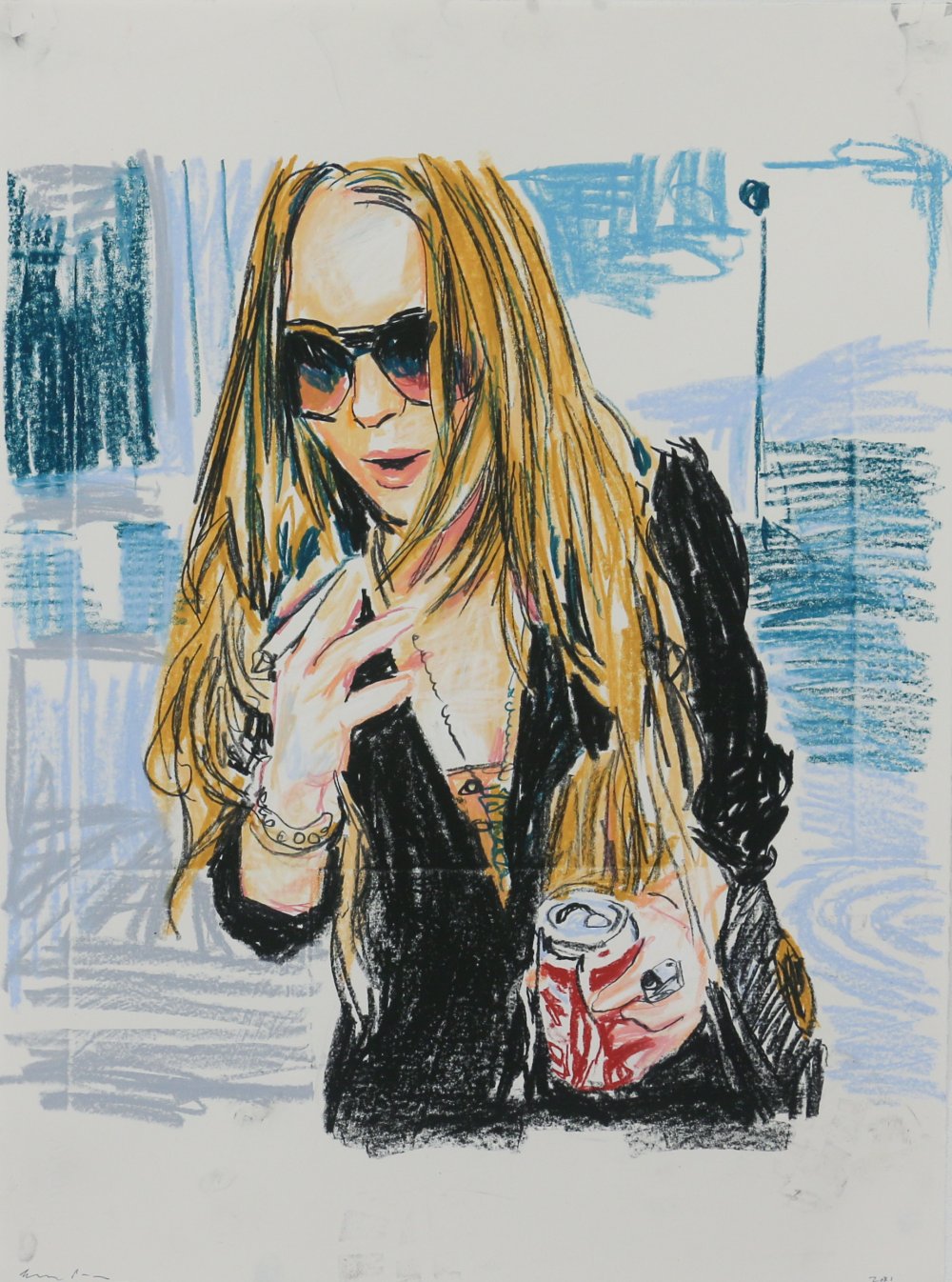 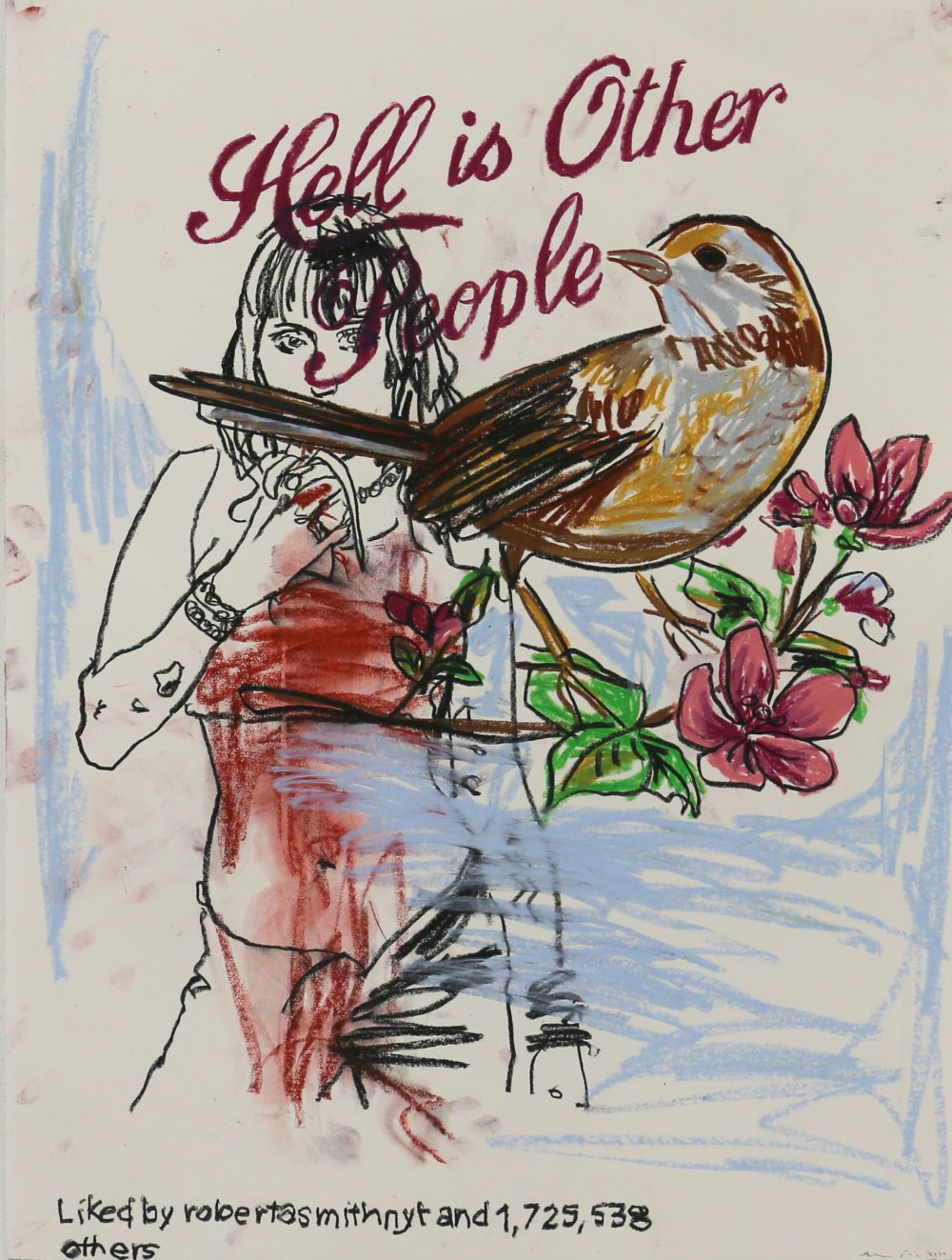 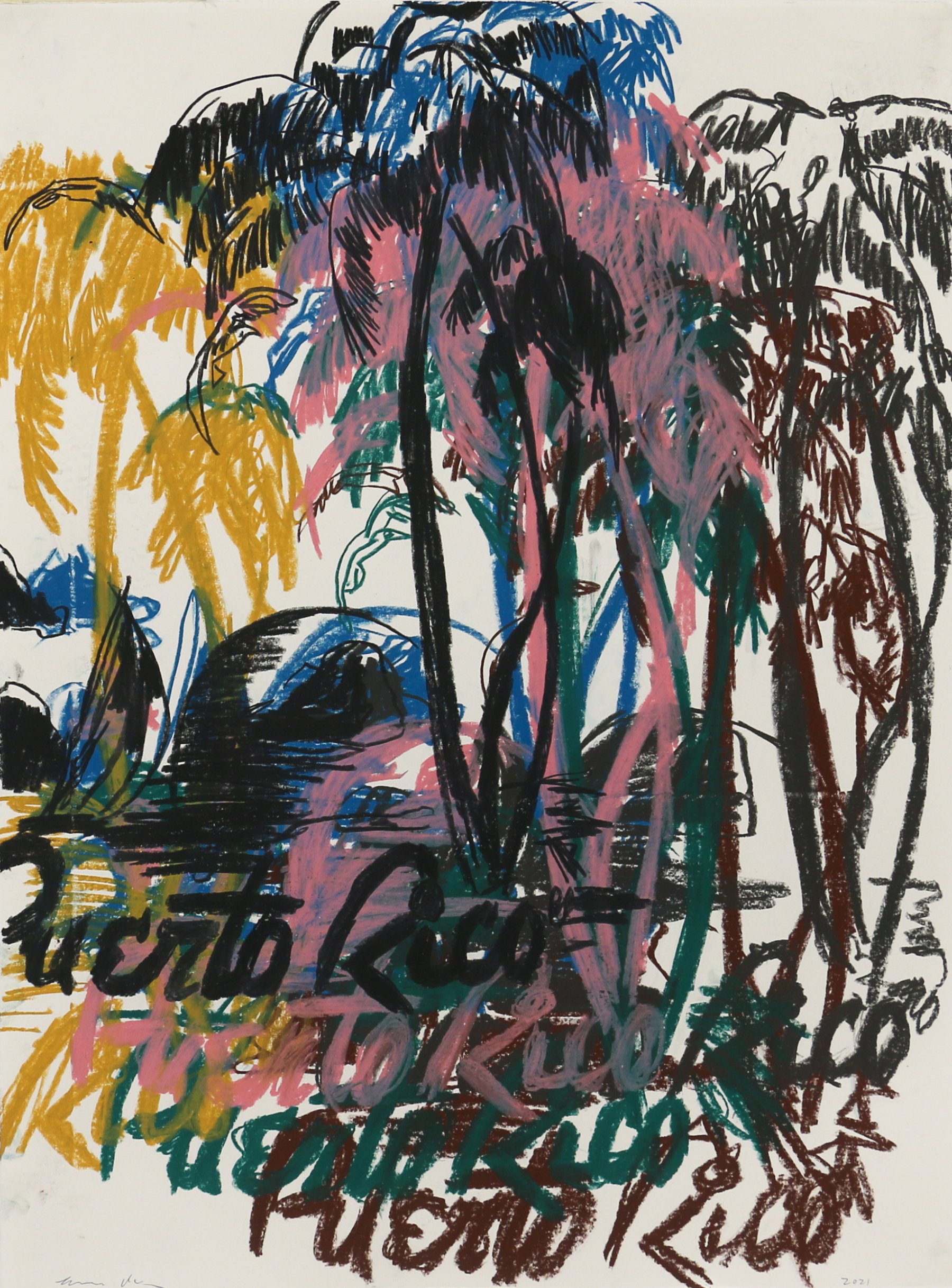 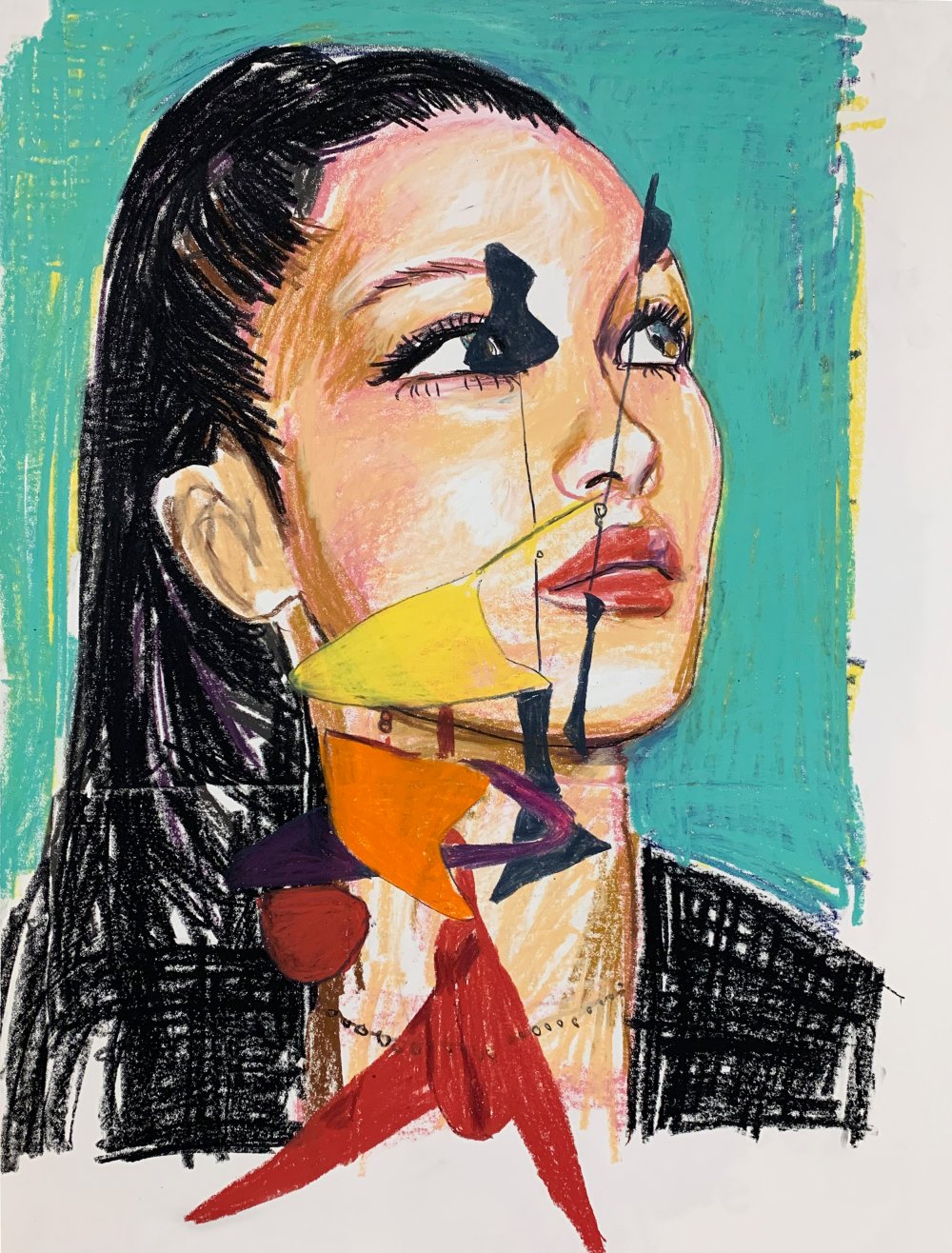 A Warholian embrace of both fine art and popular culture illustrates Perez’s conceptual subtleties. Doubly voyeuristic, Untitled (Lindsay Lohan) displaces the circa 2009 paparazzi shot of the actress, reinterpreting the image from its original context to underscore relationships between maker and imitator. Much like Val Kilmer’s Jim Morrison in the 1991 biopic – the actor and singer shown together in Untitled (Val) – Perez initiates a dialogue on artistic hierarchy and creative genius, celebrating a Manet with the same esteem as a Dodge Charger.

With references ranging in contemporaneity, Perez’s drawings are derived from our cultural lexicon, offering a window into the artist’s glossary of visual and thematic influences. Perez identifies the fine line between accessibility and obscurity, acting as both creator and audience as if to reverse the effects of our oversaturated media consumption. Perez’s drawings scroll through these notions – no doubt with a sprinkle of apocalyptic dread.

Enoc Perez was born in San Juan, Puerto Rico in 1967. Moving to New York in 1986, Perez earned his M.F.A at Hunter College in 1992, following his B.F.A. at the Pratt Institute. With a loose, abstract style, Perez often looks to the Modernist architecture of midtown Manhattan for inspiration, drawn not only to their historical impact, but also their parity with power and permanence. These notions extend to his paintings and drawings of artist studios, domestic interiors, celebrity culture, and collage.