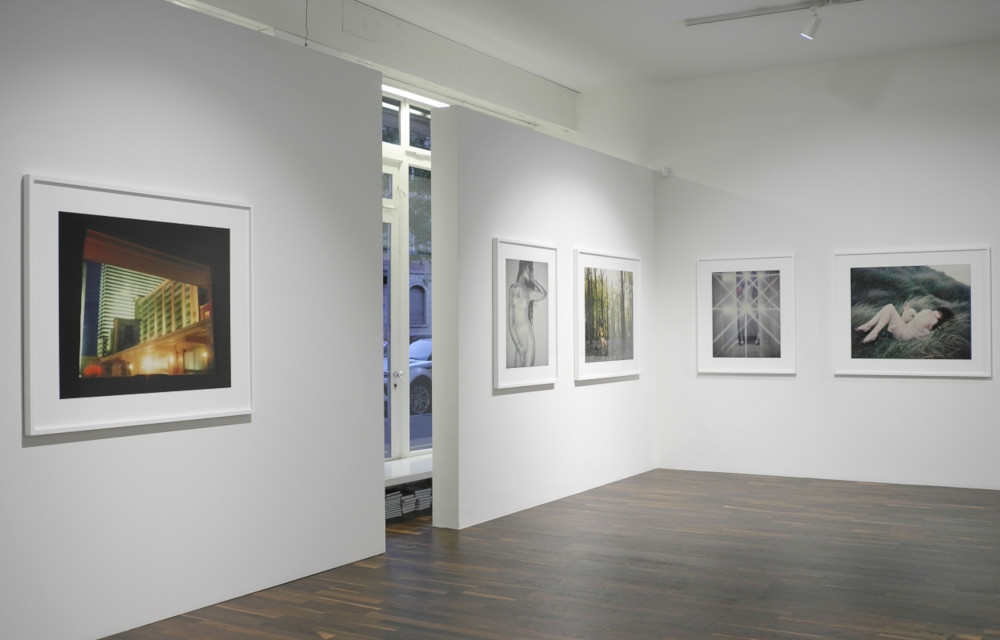 This world premiere focuses on the artist’s Polaroid work, which is part of a project that was initially created as visual love letters in a long-distance relationship. The Polaroids also launched her career in photography – providing her with a kind of landing, so to speak. Beside a large selection of her most expressive and greatly enlarged Polaroids, a super 8 film projection is on view, as well as a cabinet with paraphernalia from the creation of the works.

Emma Summerton (*1970 Australia) graduated from the National Art School in Sydney, where she studied fine arts majoring in Photography. Summerton moved to London in 1998, where she worked as an assistant to artist Fiona Banner while starting her career as a photographer.

Her breakthrough as a professional photographer came with the collaboration with Terry de Havilland in 2004/2005, from which the exhibition shows a large selection of the most important works, which are only now being made available for the first time. Since then Summerton has established herself as one of the most talented photographers to emerge in the mid 2000’s. Her in-depth technical knowledge coupled with her eye for detail and love for fashion have made her images not only unique but very distinctive, setting her apart from other photographers working in the industry today.

Summerton’s work revolves around the themes of fashion, love, desire and intimacy. Her Polaroid works are part of a project Summerton started in 1999 as a series of Self Portraits, firstly as visual love letters to her then partner and also in an attempt to re-find her voice with photography. ‘My mother was a dressmaker, and in school, she would make me dresses to wear to dances based on drawings I made,’ she says. Back then, costumes were an access point to unleash Summerton’s imagination. In her ‘Polaroid experiments’, as she calls them, costumes again became a vehicle for her to express her inner life.

‘You may have read stories or seen exhibitions of women taking pictures of themselves and you think of the great artists who explored the self-portrait: Cindy Sherman, Nan Goldin, even Sarah Lucas; woman who portrayed self-empowerment, reinvention, women under the male gaze, sex and substitutes for the human body. But what about love? This is where Australian born, art/fashion photographer Emma Summerton comes in. Her passion for self-documentation through Polaroids was not only a way of using her creative expression as an artist to communicate with her beloved during their long-distance relationship, but it also gave her a sense of individuality as a fashion photographer.’

Her works have already been shown at the ArtisTree in Hong Kong at the exhibition ‘Beyond Fashion’ curated by Nathalie Herschdorfer together with Paolo Roversi, Jürgen Teller and Bruce Weber, among others, and at the Victoria & Albert Museum in London at the ‘Christian Dior: Designer of Dreams’ exhibition. Currently she is on view together with Peter Lindbergh and Nick Knight, among others, at the National Museum of Scotland in the exhibition ‘Body Beautiful’.