Gagosian presents Emily: Desert Painter of Australia, the first solo exhibition in France of the work of Emily Kame Kngwarreye (1910–1996). This is the fourth in a series of noted exhibitions at Gagosian on the remarkable phenomenon of remote Australian Indigenous painting, organized in collaboration with D’Lan Contemporary, a leading gallery in Indigenous Australian art, based in Melbourne, Australia. 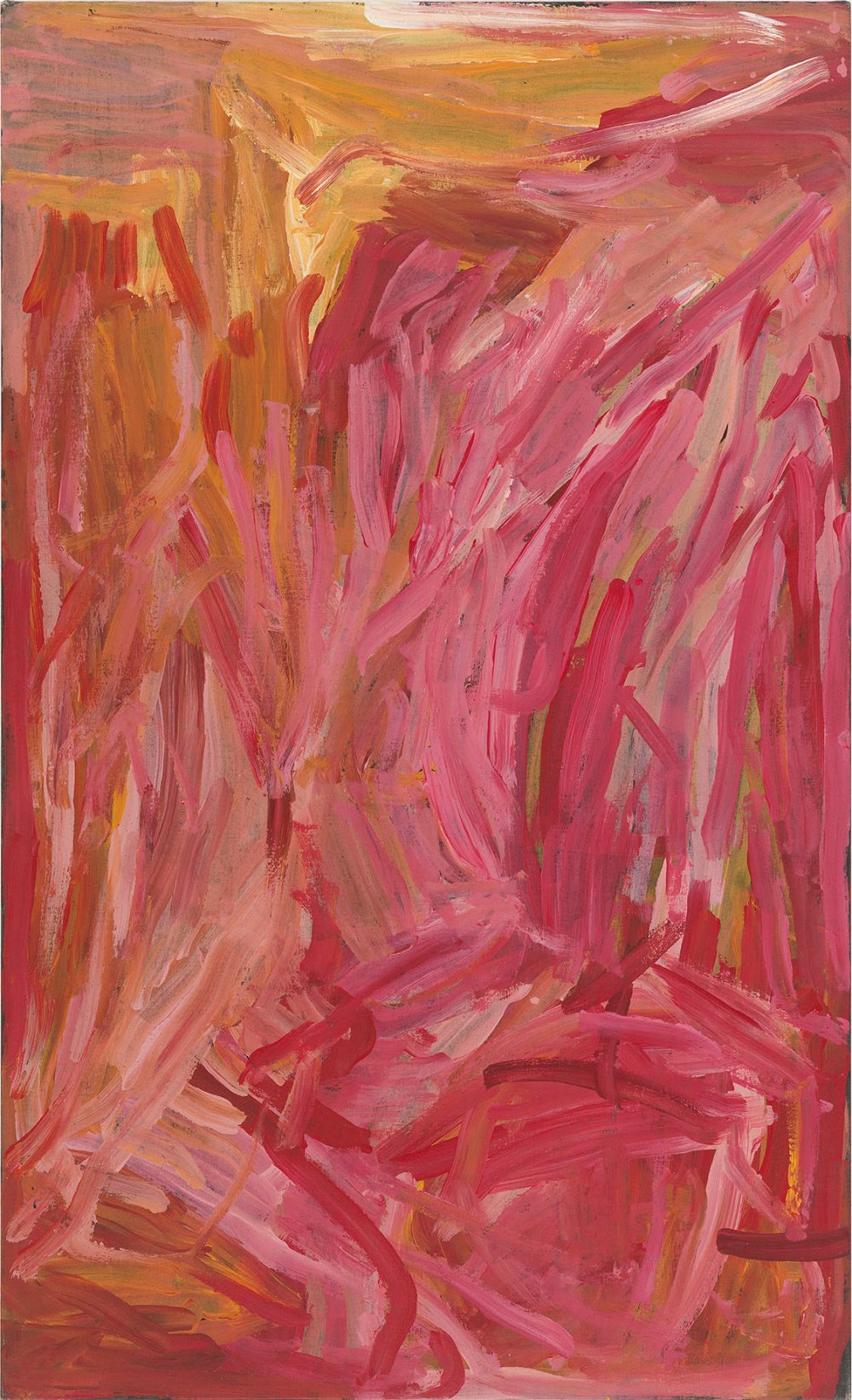 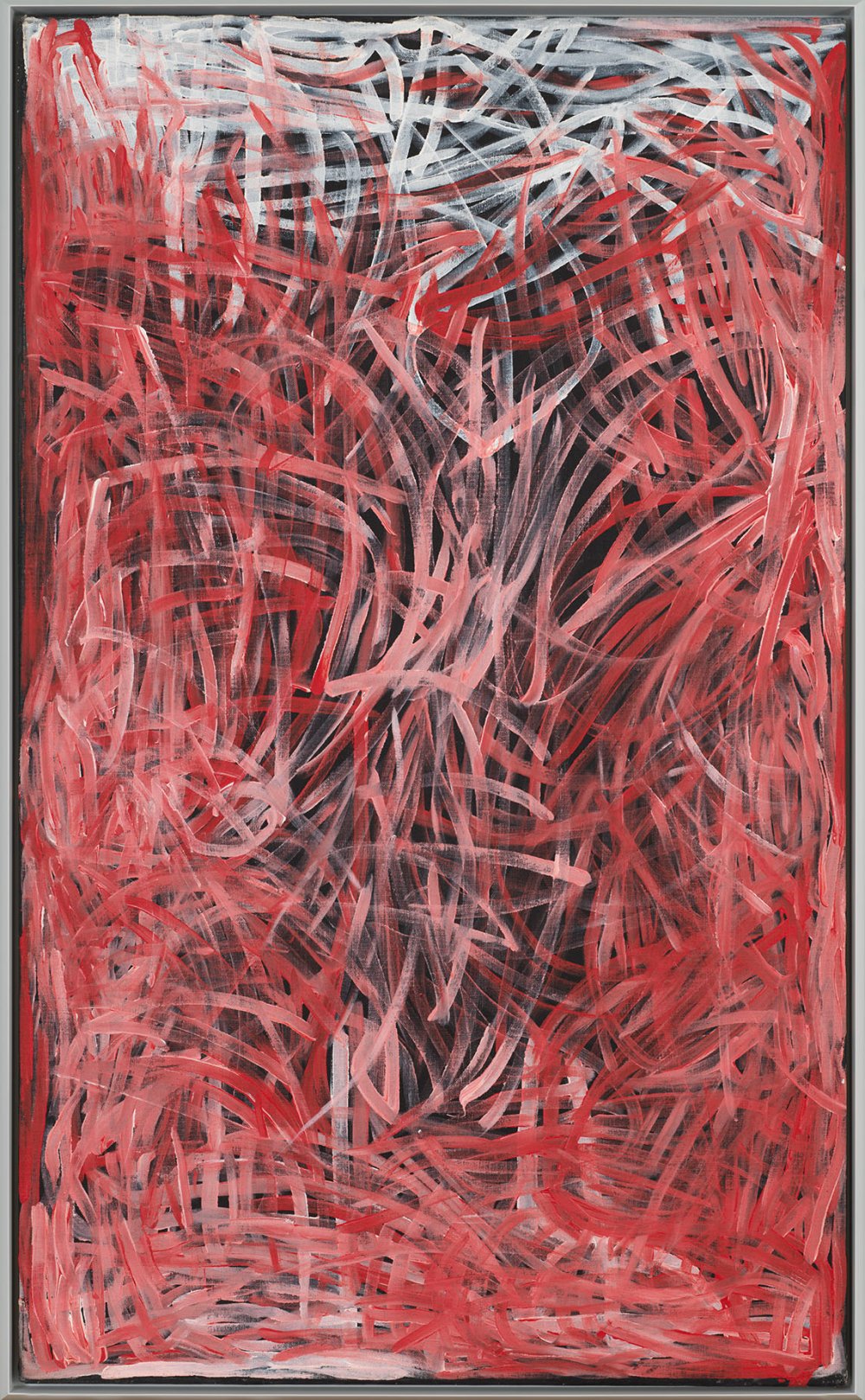 One of Australia’s most revered artists, Emily, as she is widely known, grew up in the remote central desert region of Utopia, where she had only sporadic contact with the world beyond her own community. While working as a stockhand, she developed her prodigious artistic skills in Utopia settlement workshops—first in traditional batik production and then painting on canvas. (Until Emily’s intervention in 1988, paint and canvas had predominantly been the purview of male artists since the introduction of these materials into the Papunya settlement in the Northern Territory in the early 1970s). Inspired by the topographies of land and sky, the cycles of season, flooding waters and rains, seeds, harvest, and spiritual forces, her paintings depict the enduring narratives and symbols of her people and their land, and the keeping of precious shared knowledge and stories. The name “Kame” denotes the pencil yam and its seeds, Emily’s totem and thus the motivating force of her oeuvre.

Emily is unique among Indigenous Australian painters for her rapid and systematic exploration of different styles and for her bold inventiveness with regard to form and color. Over time, her mesmerizing early “dot” paintings ceded to more gestural canvases, reduced in their detail and liberated in their formal qualities. Until her death in 1996, she painted prolifically on both intimate and grand scale, with brushes, sticks, and fingertips on unstretched linen laid flat on the ground, sitting beside or within the composition itself. Emily’s work was first shown internationally at the 47th Biennale di Venezia in 1997 and since then, over the ensuing decades, it has gained tremendous critical stature, both locally and internationally, within the greater context of global contemporary painting.

Emily’s oeuvre was inspired by her role as an Anmatyerre elder, and her lifelong custodianship of the women’s Dreaming sites in her clan Country, Alhalkere. For Indigenous Australians, “Dreaming” is a cultural worldview that provides them with an ordered sense of reality, a framework for understanding and interpreting the world and the place of humans within it. This precious knowledge of human life includes survival strategies, ancestral histories, and narratives of the earth and cosmos. “Country” describes the lands, rivers, lakes, and oceans they inhabit, both physically and spiritually, and contains complex ideas about all life-determining practices, including language, governance, family, and identity. Women’s lore, often of considerable political, social, and economic significance in the community, is guarded and passed down through both storytelling and visual media, including designs painted on bodies and rock surfaces, traced in the earth, or carved into rock or tree bark.

The works in this exhibition fall loosely into several distinct categories evident in Emily’s oeuvre: bold horizontal or vertical stripes related to ritual body painting; nuanced chromatic dot paintings, sometimes made even more complex by embedded cartographies; and allover brushstrokes, flickering with vitality. Dots and lines in Emily’s paintings map the vital energies of land and body, animal and vegetal life, as well as ancestral stories, or songlines. While affinities may be perceived and parallels drawn between Emily’s art and that of other modern and contemporary artists, it is worth noting that as a descendant and custodian of the world’s most ancient living culture, she was isolated and disengaged from Western art historical traditions. Aweleye (1990) is a depiction of Emily’s own Dreaming, a subtle and complex cartography of color and form where thousands of delicate dots, ranging from marine to earth tones, oscillate within an aerial framework of sinuous lines, while the vigorous brushstrokes in My Country #20 (1996) might be her direct sensorial responses to the auroral and crepuscular plays of light over rippling desert terrain. Anooralya (1995), whose title translates to “wild yam Dreaming,” evokes a flat, windswept settlement and a swirling network of wild yam tubers, the seasonal food staple traditionally harvested by women. The movement that charges the lines of this painting suggests the lives and narratives of a place in which human and plant life intertwine in dramatic and ancient variations.