BASTIAN London presents Emil Nolde — Anatomy of Light and Water. The presentation is comprised of 17 seascapes executed in watercolour by the artist between 1920 and 1946 in the region of Seebüll near the German-Danish border, where the artist spent most of his summer months. 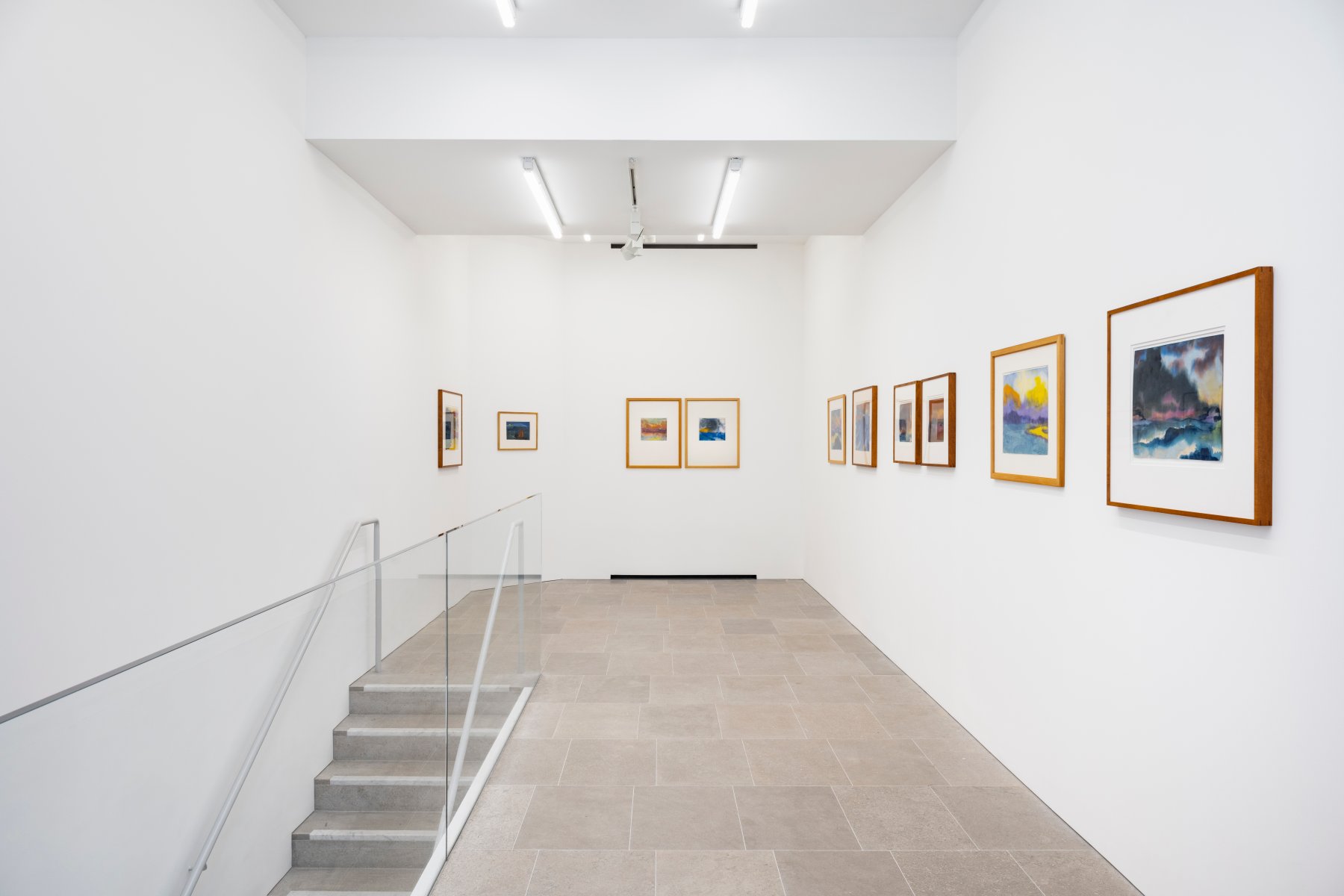 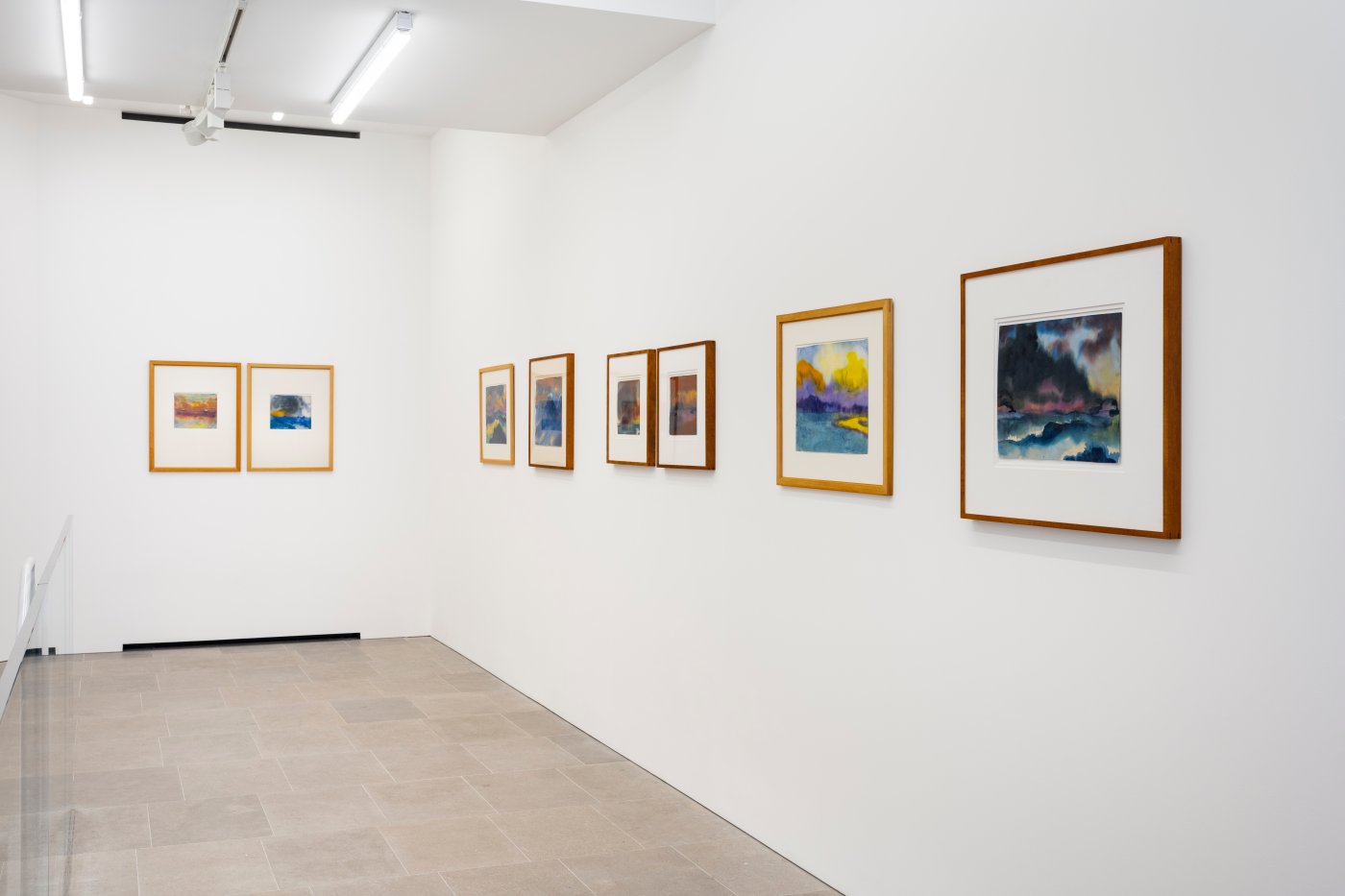 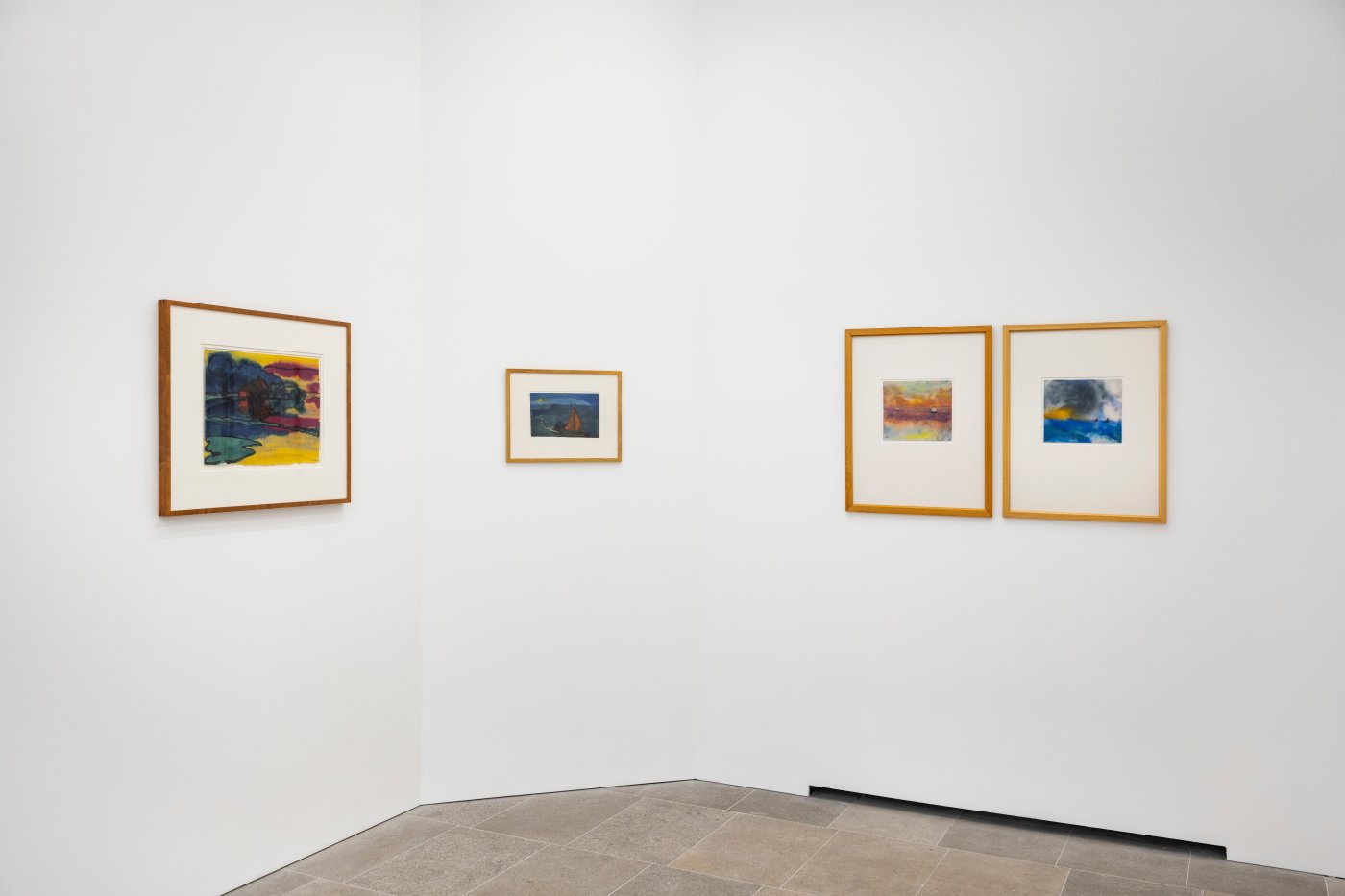 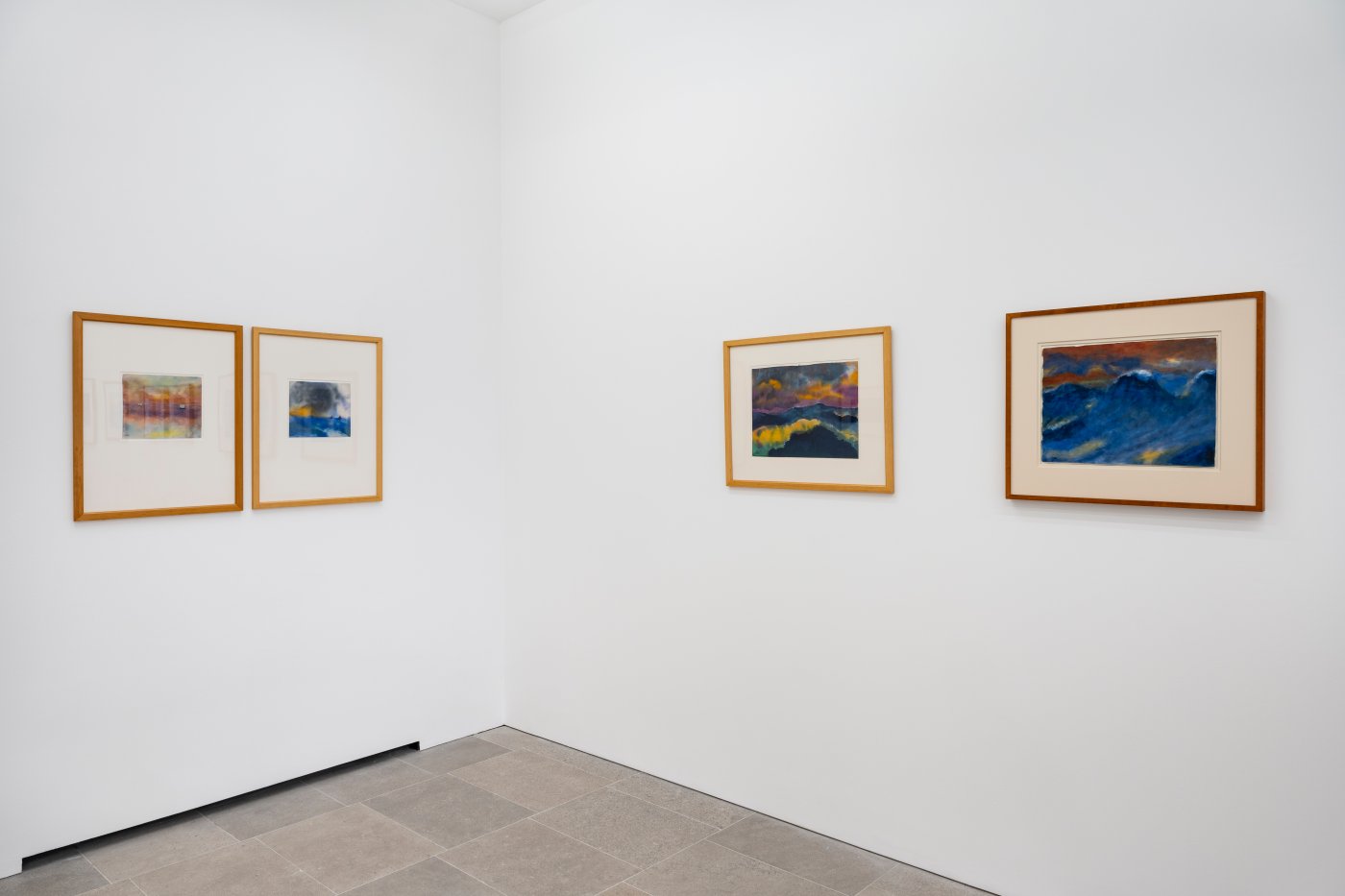 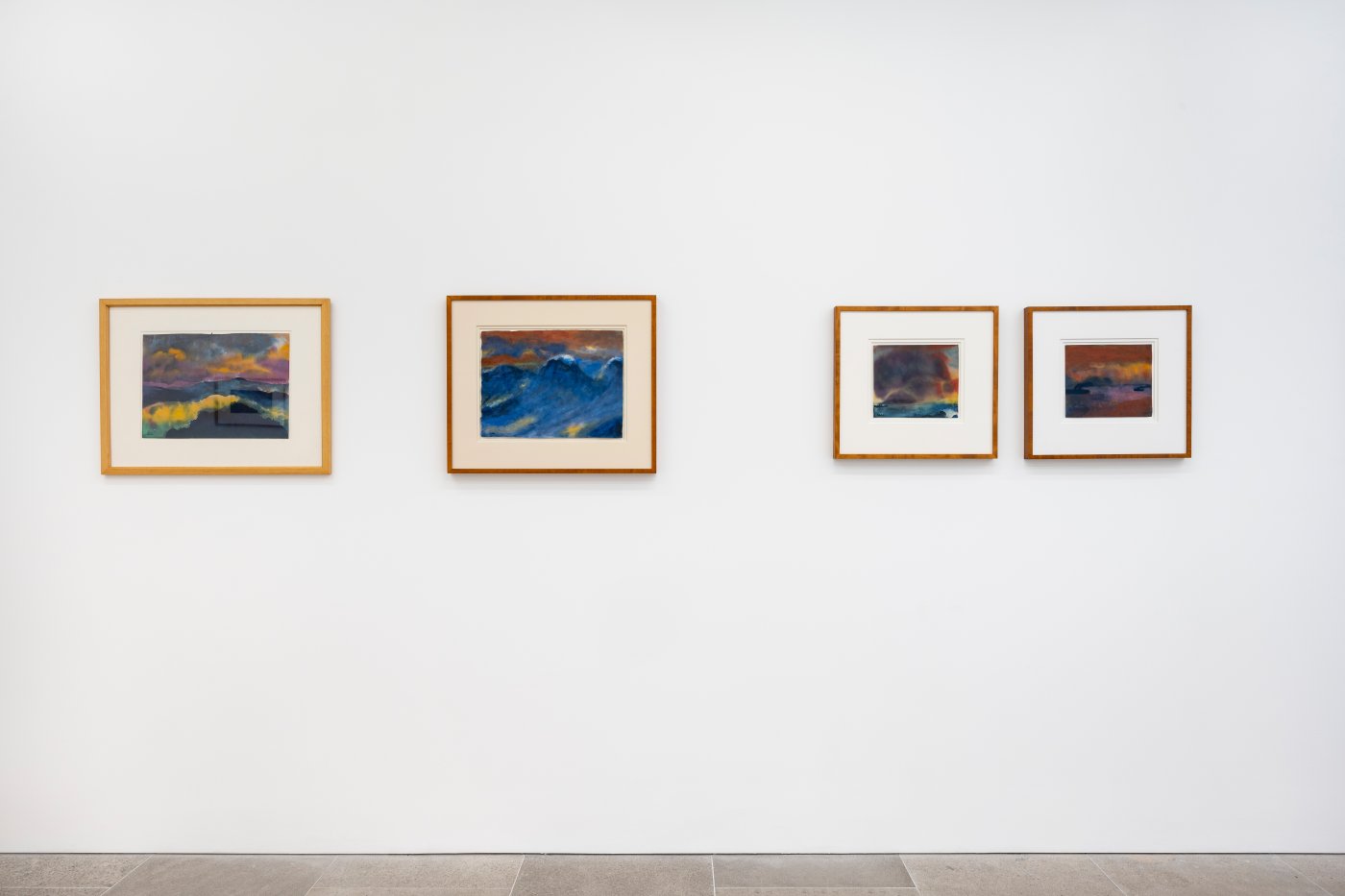 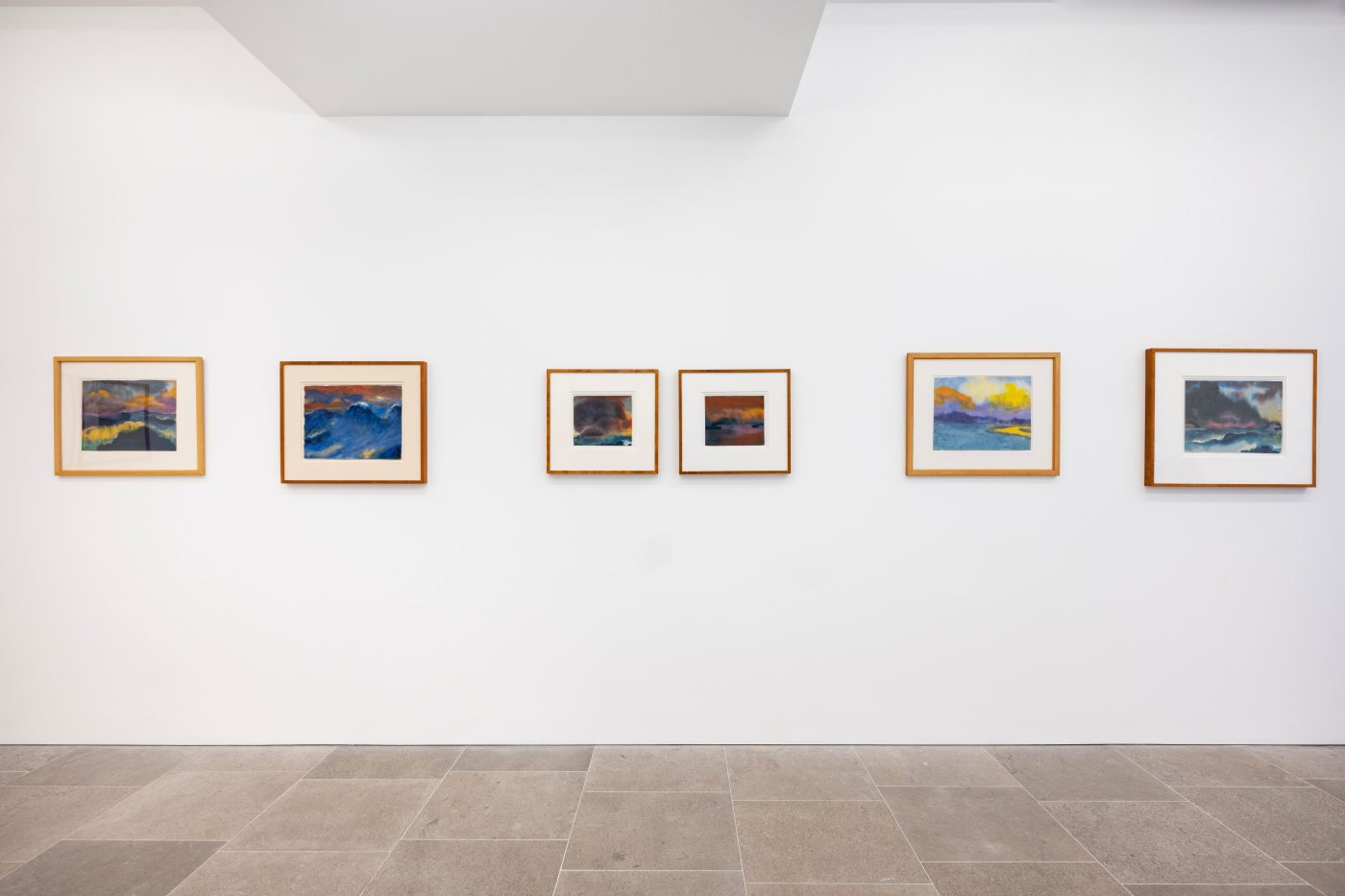 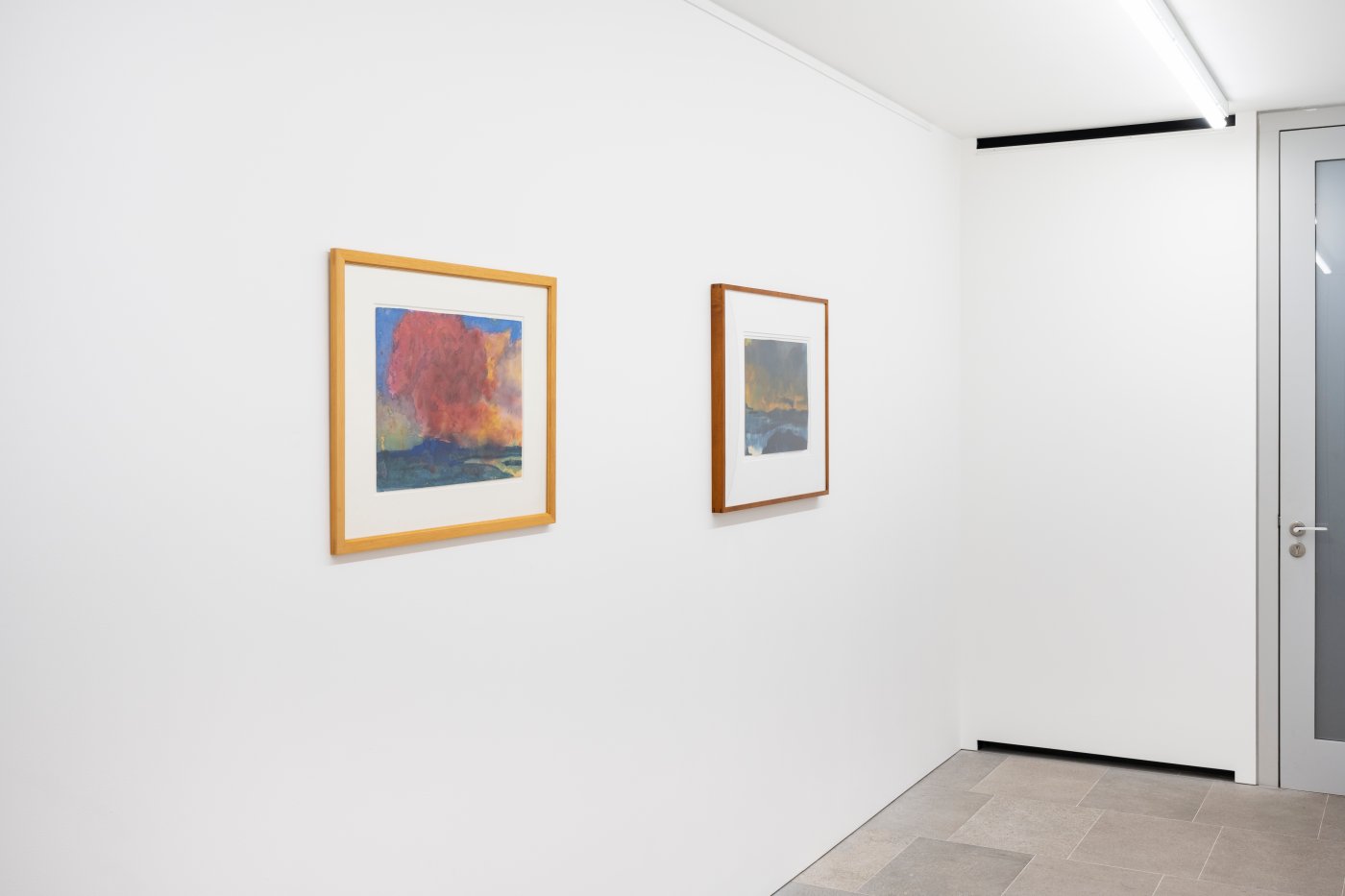 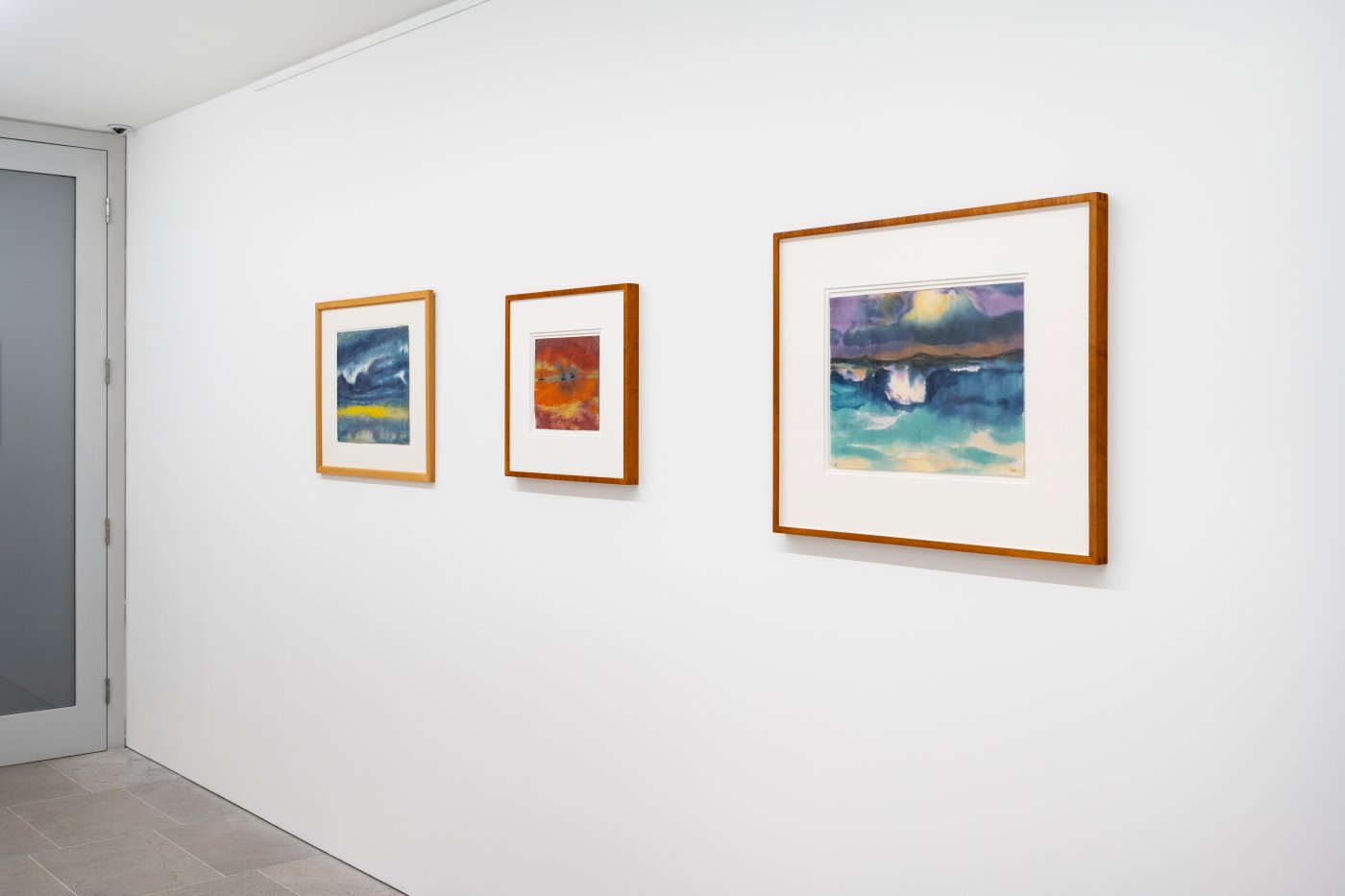 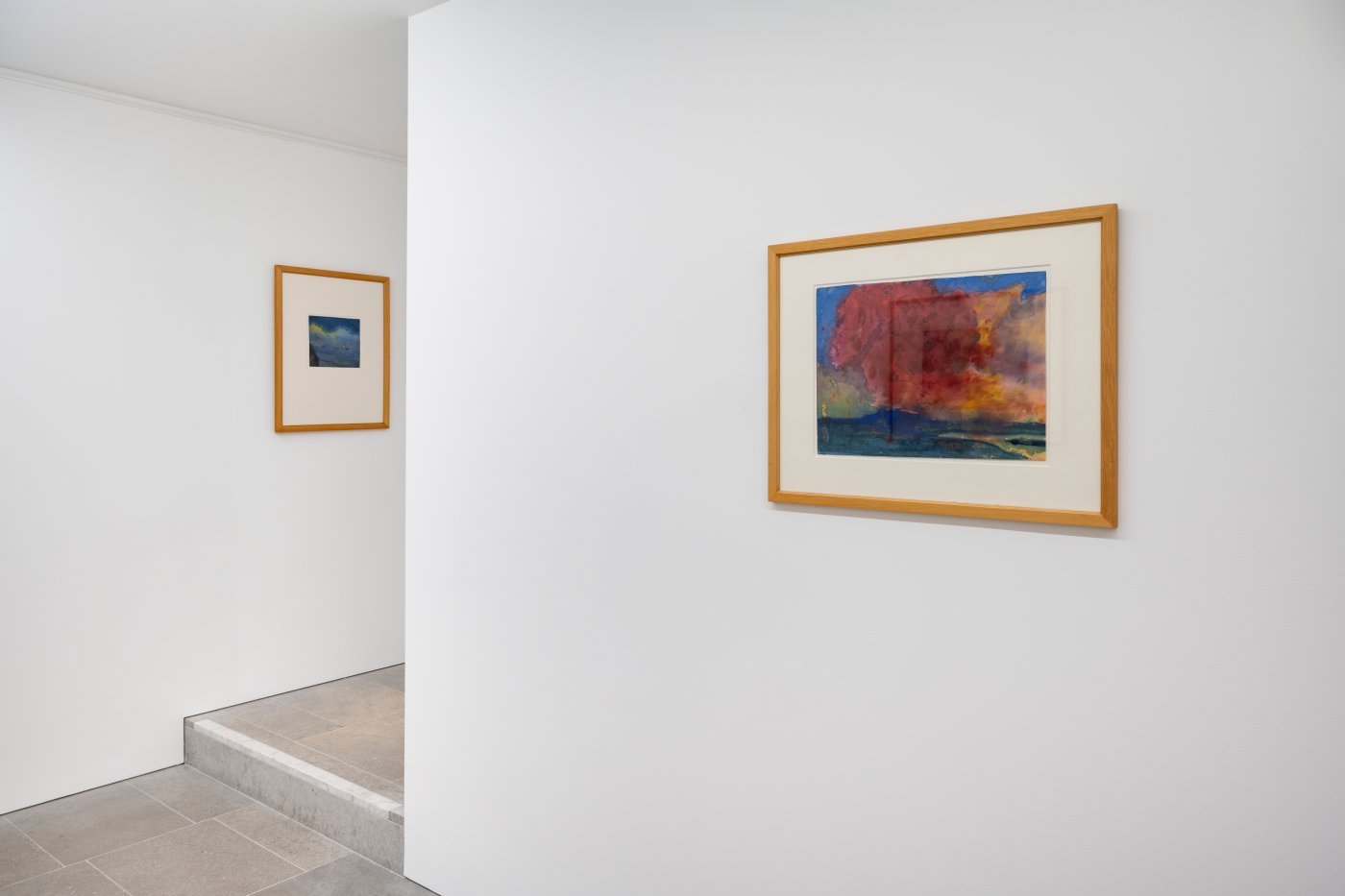 Nolde (1867 — 1956) has not been exhibited in the UK since Colour is Light, a major presentation at The Scottish National Gallery of Modern Art, Edinburgh, in 2018. That was made up of close to 100 works, covering every aspect of Nolde’s artistic practice, including landscape paintings and portraits, watercolours and print works, and this is the first exhibition of his work in London in many years.

The exhibition, which has been assembled in association with Emil Nolde‘s Estate, the Nolde Foundation Seebüll, features works considered to be some of the most remarkable of the artist’s works on paper ever exhibited. The watercolours capture the transient moments of nature and human life with an unsurpassed vibrancy. Rich, luminous colours paired with the spontaneity of the medium create stunning impressions of the artist’s mind’s eye and experience. Often working with dampened Japanese paper and wet paint, this technique encouraged the interplay of colour and organic form. Nolde describes his approach to making art as striving for ‘absolute originality, the intensive, often grotesque expression of force and life in the simplest form.’ Powerful imagery matched with ‘violent colour’ create the foundation for the artist’s signature style.

This view is echoed by Anselm Kiefer. In a letter written to the gallery director and curator of the show, Aeneas Bastian, he observes: ‘Nolde’s watercolours have always attracted me… what we see is just colour and besides the colour almost nothing: colour which runs, which is flowingly mixed with other colours into harmonies, and which often stands in mutual contrast and conflict.’

Of the exhibited works, Bastian says: ‘Many of Emil Nolde’s seascapes are highly abstracted depictions of water and sky. I admire the boundless sea of colours, in which the viewer sometimes finds a steamer or a sailing boat. There is an extraordinary luminosity to his watercolours. He seems to have freed colour from all constraints. I selected these particular works because I believe they are the most remarkable seascapes since Turner’s watercolours and paintings of the sea.’

Several of the works on view are from Nolde’s ‘Unpainted Pictures’ series — created between 1938 and 1945 after the Nazi Party confiscated his work from museums and forbade him from making art after declaring him a ‘degenerate artist.’ Nolde’s Life of Christ, 1911, had pride of place among the 730 works held up to ridicule in the Nazis’ exhibition of Degenerate Art in Munich in 1937, and more than 1,000 of his works were subsequently confiscated by the authorities.

This throws up one of art’s greatest controversies and paradoxes: that Nolde, while censored by the National Socialists, was also an ardent supporter and member of the Danish Nazi Party. American art critic, Hilton Kramer, in a 1963 Art in America review reminded readers that ‘it was characteristic of Nolde that he never altered his work to conform to the Nazi ideology he otherwise found so congenial to his dark spirit.’

However, this type of qualification has been challenged in recent times, most notably in the exhibition, Nolde: A German Legend, the Artist in National Socialism. Held at The Hamburger Bahnhof, Berlin, in 2019, it was supported by the director of the Nolde estate, Dr Christian Ring, who opened up Nolde’s archive to its curators, Dr Bernhard Fulda and Aya Soika.

Dr Fulda explained at the time: ‘He [Nolde] offered a redeeming cultural legacy, a way of demonstrating to the world that not everything that came out of that period was horrible, and that Germans, even great artists, suffered too. People were very fond of the idea of this solitary figure who during his ban secretly produced these wonderful ‘unpainted’ watercolours as an act of resistance against the regime.’

Of this ongoing debate, Bastian says: ‘We are fully in line with the view of the Nolde Foundation Seebüll in that we feel the artist’s political sympathies from that period should not be concealed. We also agree with the curators of the Hamburger Bahnhof show: that these extraordinary watercolours are some of the finest works he ever produced and not only central to German Expressionism but the canon of Twentieth Century Art.’