James Cohan is pleased to present Notes on Exile, the first US gallery exhibition of work by multimedia artist Emeka Ogboh. This exhibition marks the US premiere of The Way Earthly Things Are Going, 2017, Ogboh’s internationally acclaimed work from documenta 14. 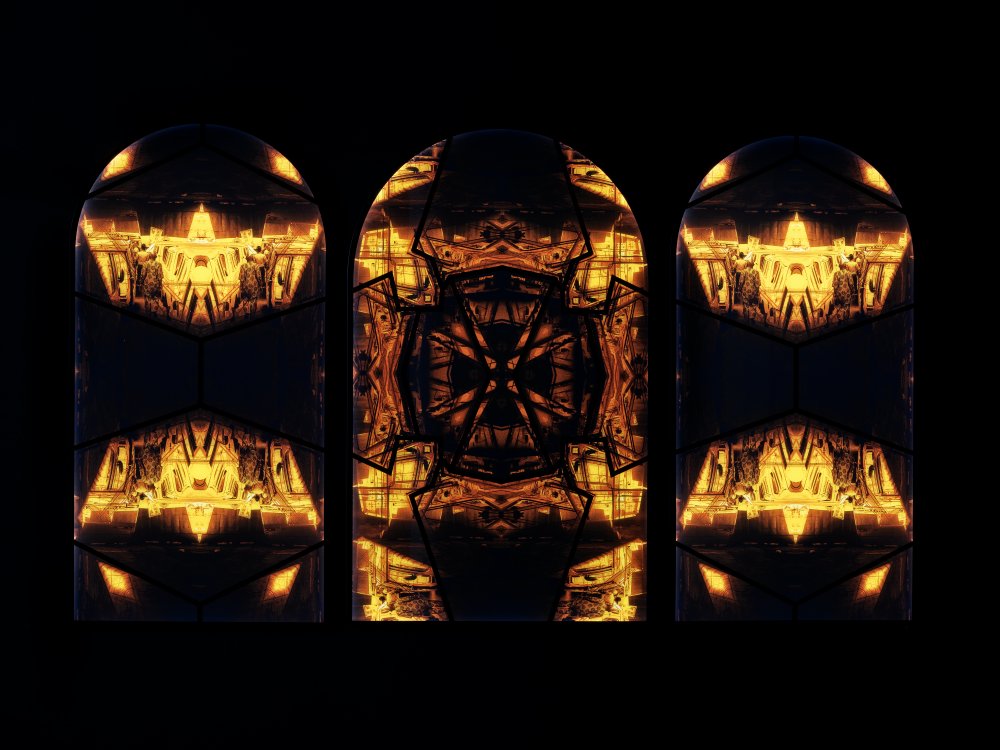 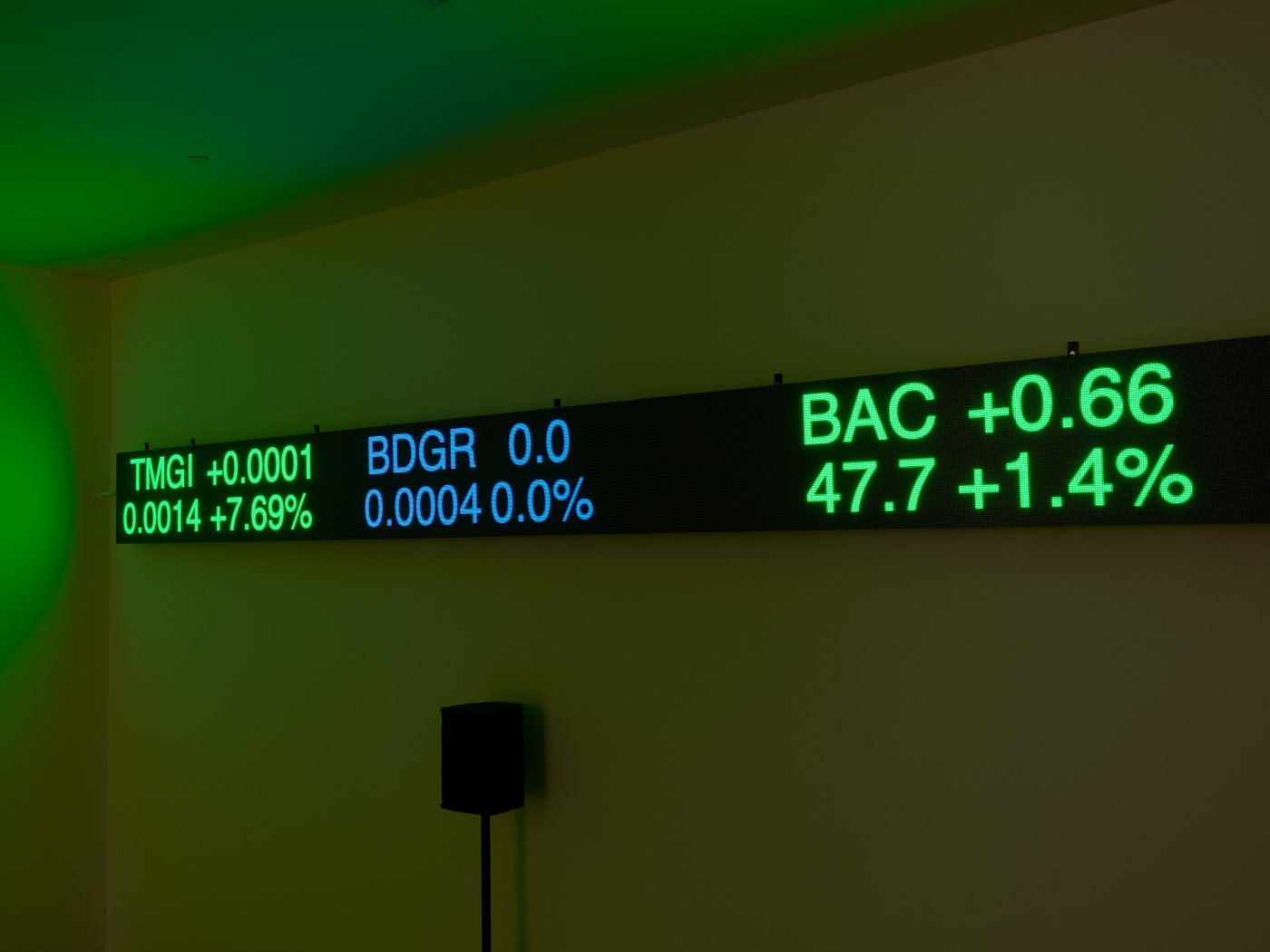 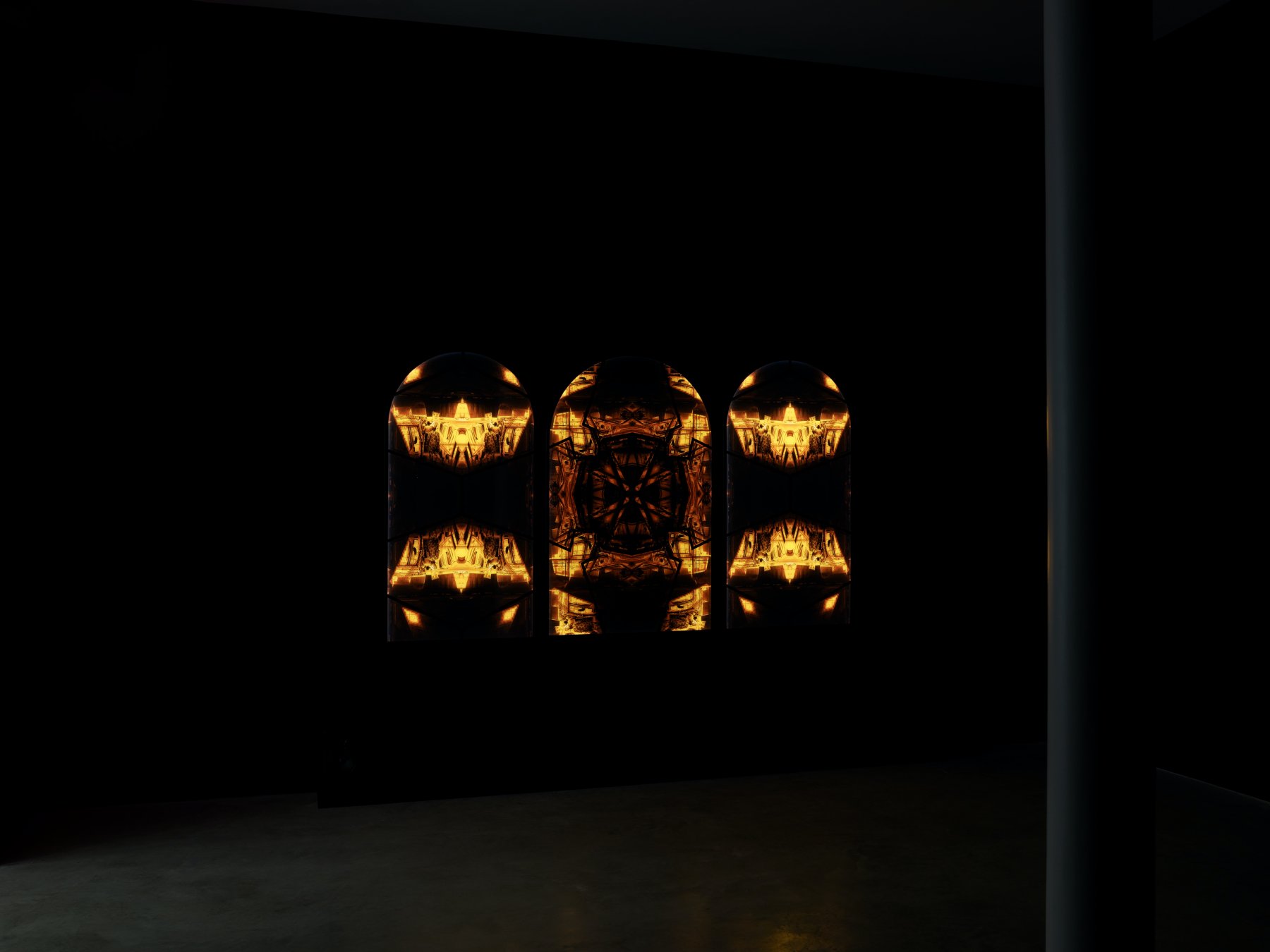 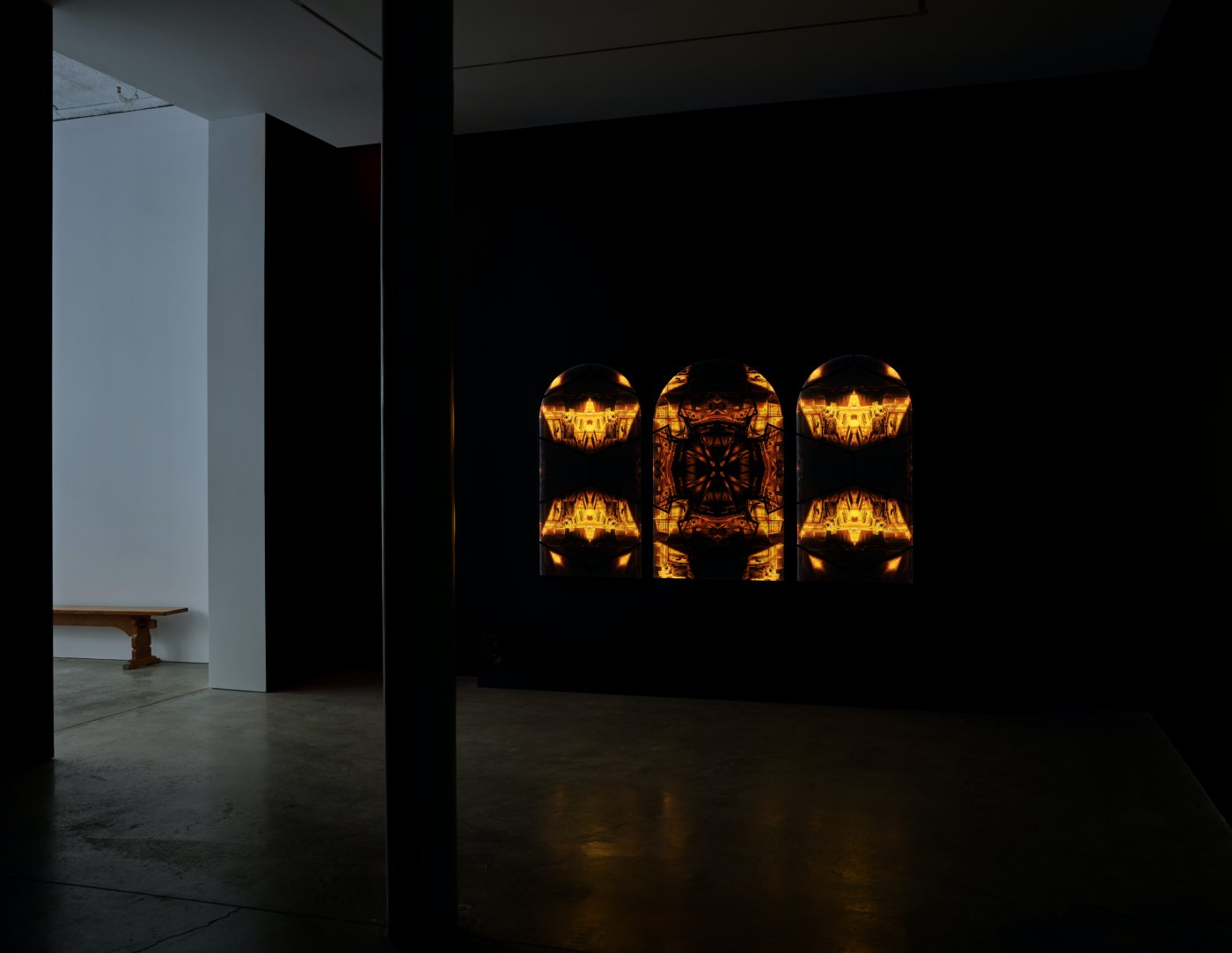 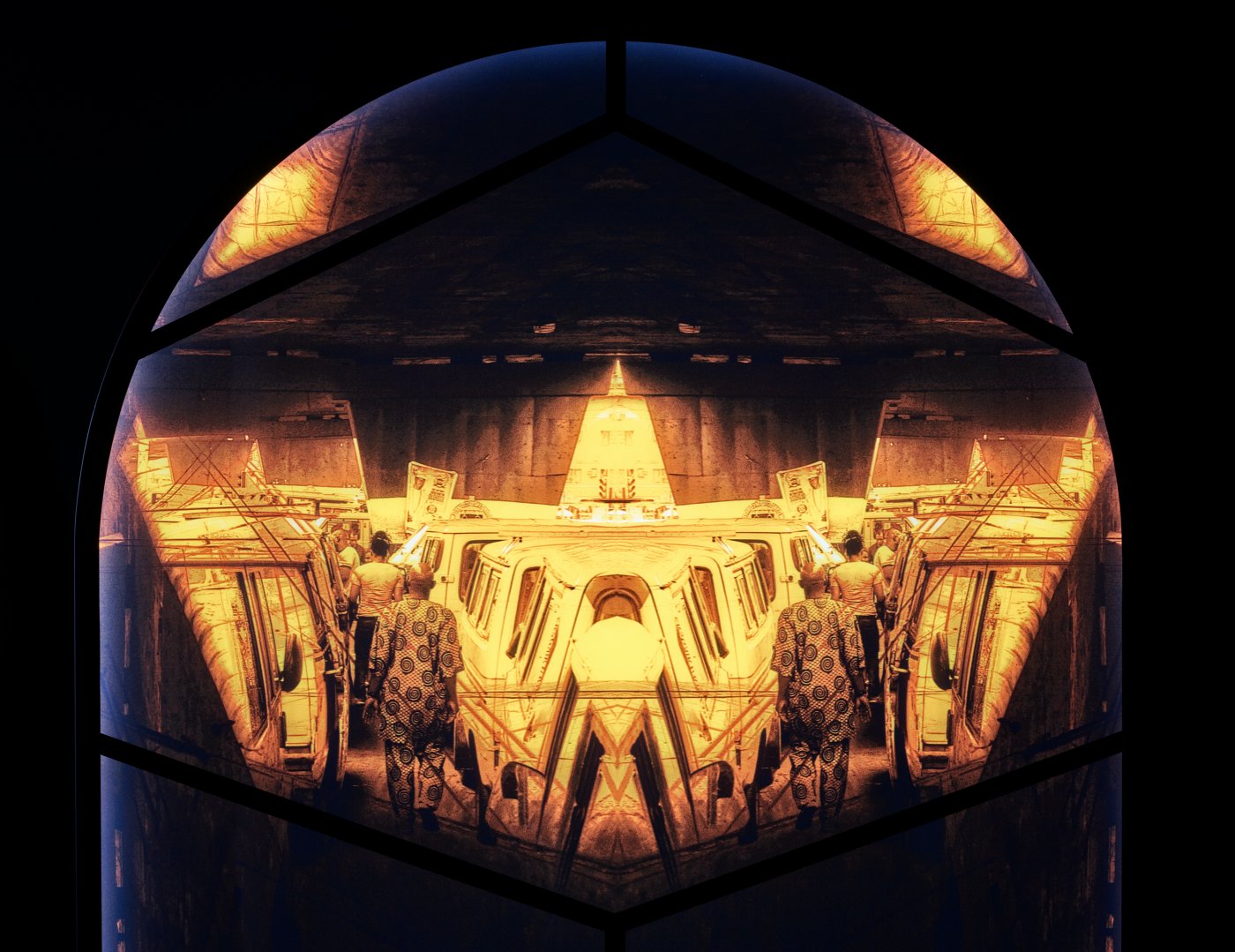 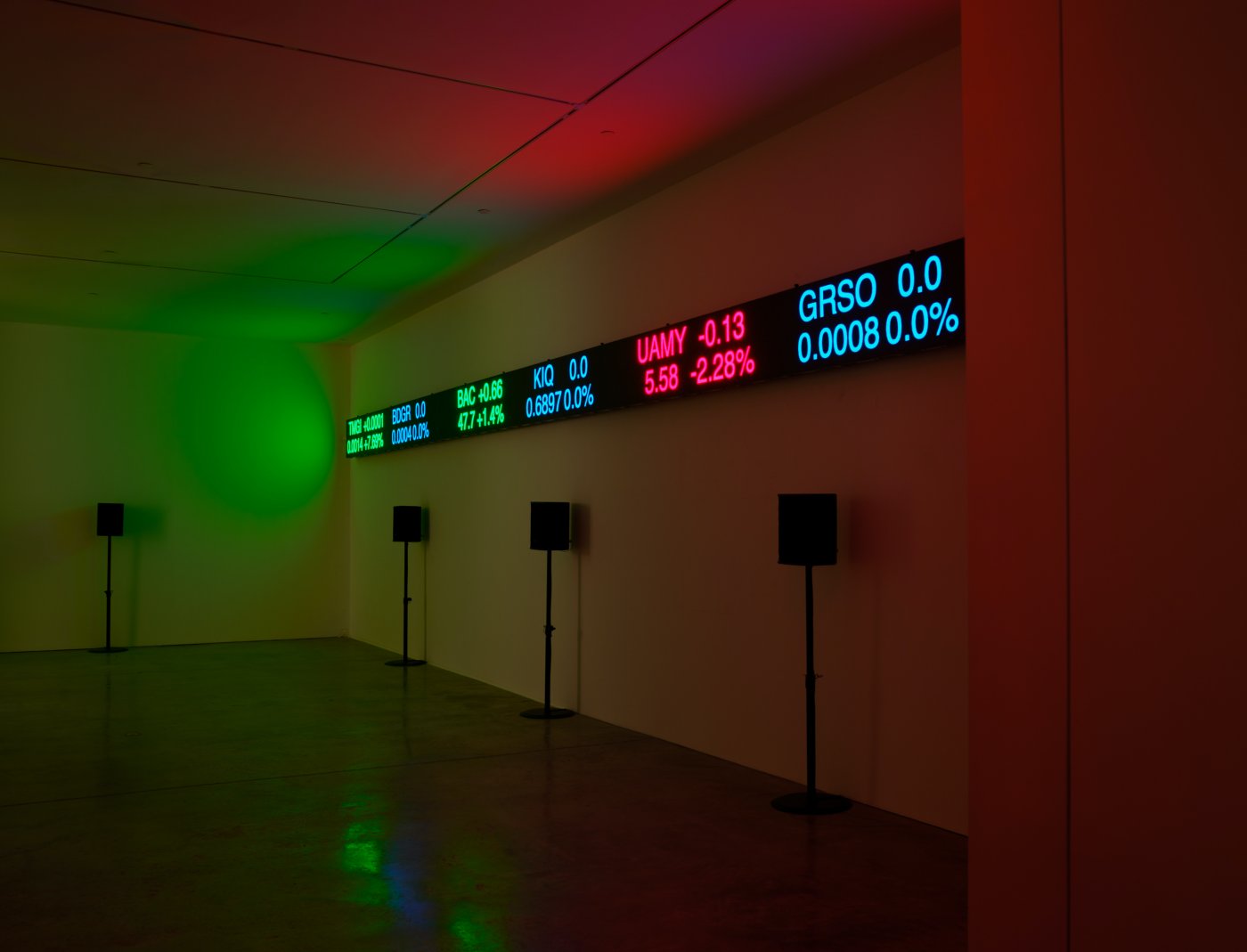 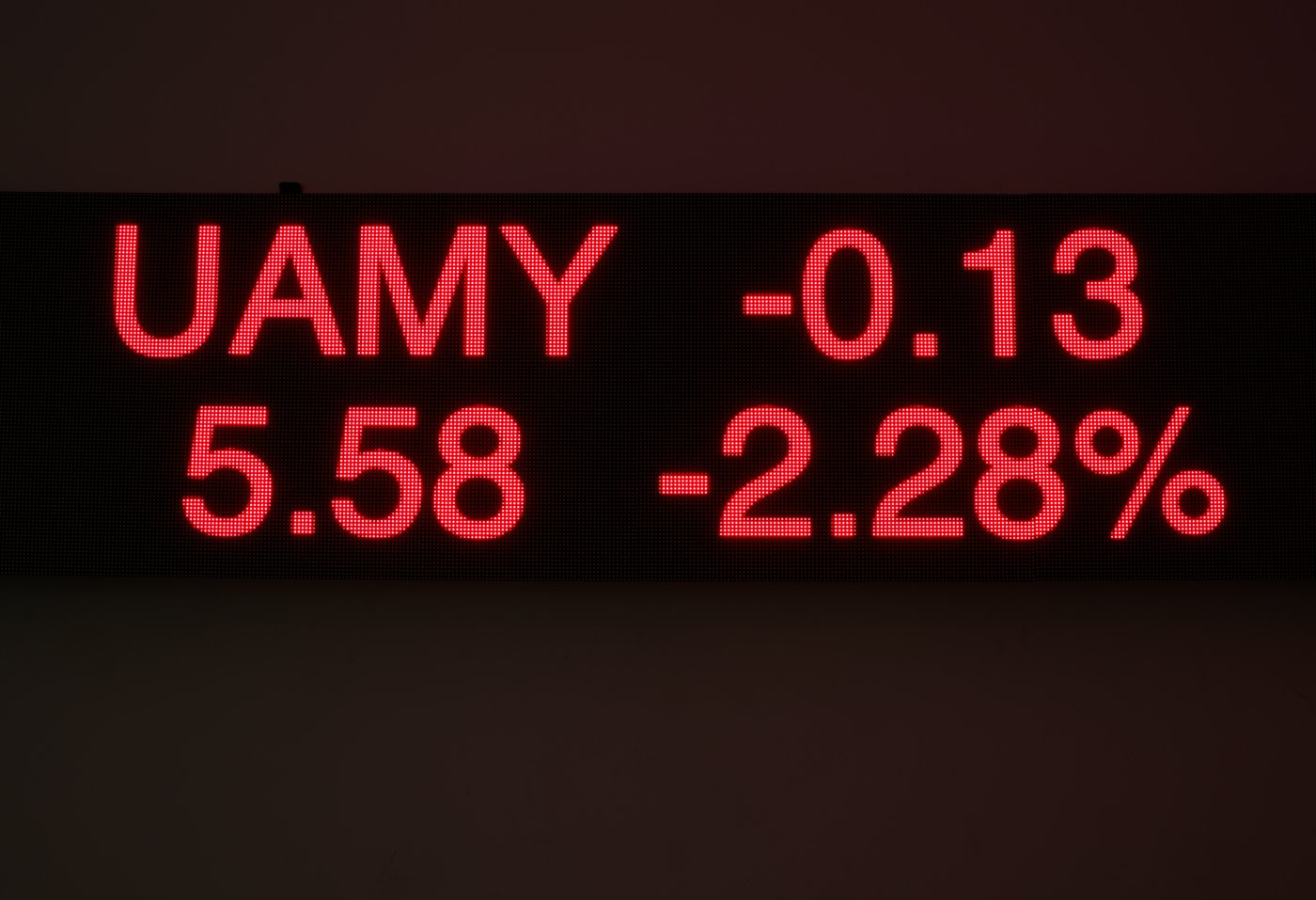 The Nigerian-born, Berlin-based artist Emeka Ogboh’s multi-sensory practice explores the transient nature of culture. Ogboh refers to the “ubiquity of sonority” as a mnemonic device, creating sound and multimedia installations that prick collective memories of place. Likewise, he crafts flavors from varying regions of the world into blended gastronomic experiences, mimicking intricate narratives of migration. His practice is rooted in synthesizing sounds found in his home country of Nigeria—such as the bustle of a Lagos marketplace and bus stop or the harmonized singing in an Igbo ámà’ (village square)—into institutions and cityscapes of the global north. These soundscapes help examine critical questions about the movement of people across the globe. While the artist uses sound as a unifying concept, Ogboh’s sonographic works complicate individual ideas of identity and belonging. With a multimedia body of work ranging from the audiovisual to the gustatory, Emeka Ogboh encourages an ethico-political reflection of diaspora.

In the gallery’s main space, The Way Earthly Things Are Going (2017) is an immersive soundscape that sets an LED strip of real-time market data from the stock indices against an ancient polyphonic Greek lamentation. Ogboh’s sensory room provides a space of inescapable contemplation of the audio versus the visual, juxtaposing the interrupted lives of migrants against the never-ceasing churn of the capital market; the loss amidst the gain. With a title taken from a line in Bob Marley’s well-known song “So Much Trouble in the World,” this multichannel sound installation examines the disconnect between Capitalism’s abstract market fluctuations and the concrete personal tragedies such peaks and valleys often induce. Though created for documenta 14 in Athens, and specifically focused on the Greek economic crisis, The Way Earthly Things Are Going offers a timeless interrogation of societal inequity. Recently acquired by the Tate Modern, this work was most recently exhibited during Berlin Art Week at the Zeiss Major Planetarium in September 2021.

Curator and writer Bonaventure Soh Bejeng Ndikung writes, “In The Way Earthly Things Are Going (2017), Ogboh, in dialogue with a traditional polyphonic choir, deliberates sonically on the multiple effects and manifestations of states of crisis. The enchanting sound installation addresses the (im-)possibility of existing in a cul-de-sac; it tells of wanderlust and yearning, of pain and a survival urge, and it features comments on and impressions of an economic crisis that has plagued and is still ravaging.”

On display in the first gallery, Spirit and Matter (2017-18) is a wall-mounted lightbox triptych with ambient sound. The imagery comprises a kaleidoscopic arrangement of mirrored photographs of Ojuelegba, the infamous central bus station in Lagos, a major artery of movement and migration in the busy city. Reminiscent of a cathedral’s stained-glass window, the simulacra of the bus driver, conductor, and bus come together to form a holy trinity of the sacred and profane. Spirit and Matter recontextualizes a symbolic element of Lagos life into a new visual and theoretical Afropolitan subject, allowing Ogboh to highlight critical questions about immigration, globalization, and post-colonialism.

Emeka Ogboh (b. 1977, Enugu, Nigeria) received his B.A. in Fine & Applied Arts from the University of Nigeria, Nsukka in 2001. Recently, Ogboh’s Lost Person poster campaign was seen in Dresden’s public spaces, contributing to public pressure on the German government to begin repatriation of looted Benin Bronzes from German museum collections. Other recent projects include Stirring the Pot, a multi-sensorial installation and exhibition at Friche la Belle de Mai in Marseilles, France (on view from June 4 through October 24, 2021); This Too Shall Pass, a major new commission for the EKHN Stiftung in Frankfurt, Germany (on view from July 9 through October 3, 2021); and Song of the Union, a new sound installation created for the Edinburgh Art Festival (on view from July 29 through August 29, 2021). Ámà: The Gathering Place will be installed at Martin Gropius Bau in Berlin in September, and remain on view through January 2022.