Elsa & Johanna, a duo of French photographers, open the autumn Season in the MEP Studio with a presentation of their most recent project The Timeless Story of Moormerland. 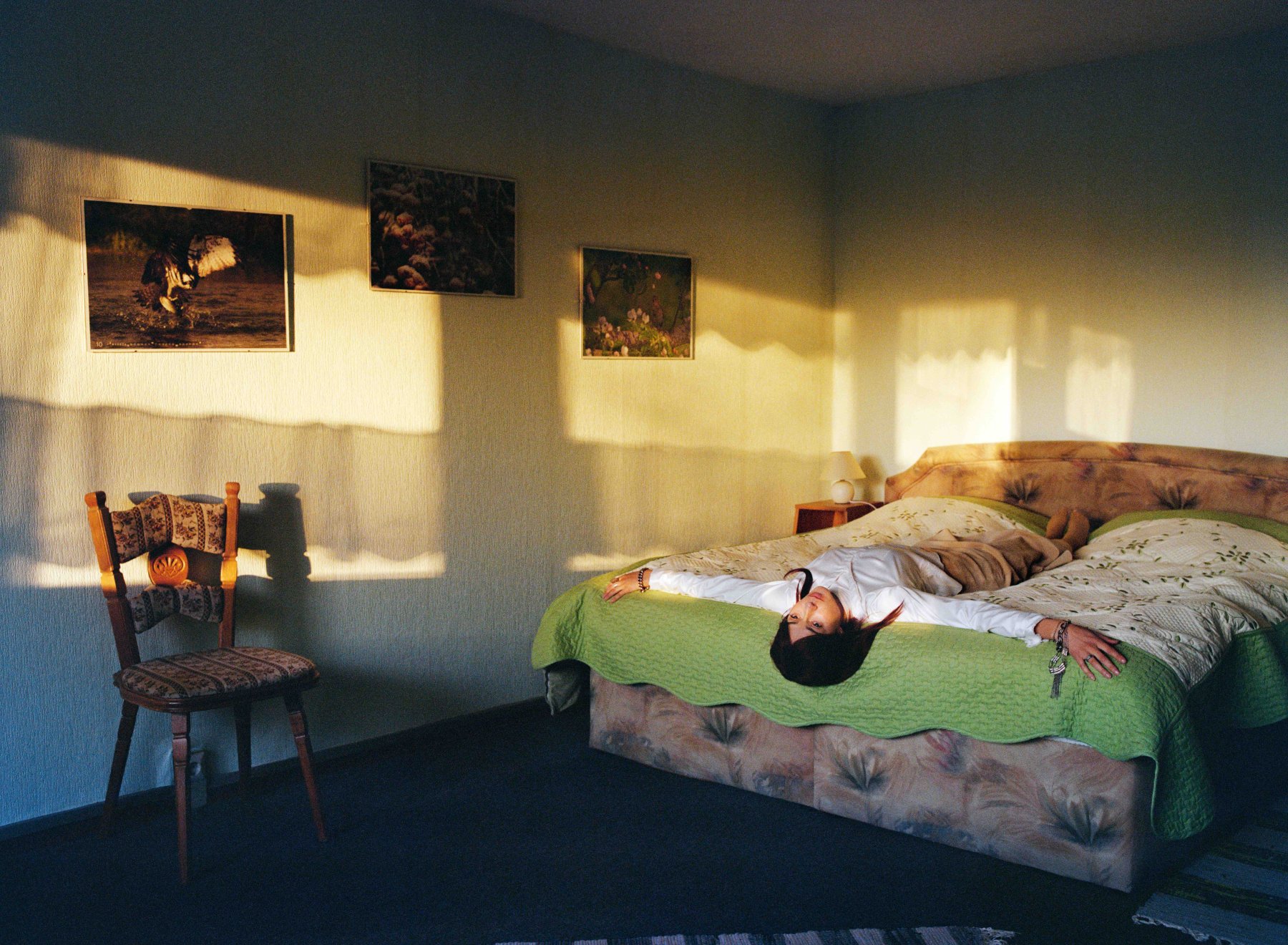 The series will be installed in a specially conceived installation, both as a projection of 160 analogue slides, and as traditional photographic prints. Over a period of four weeks in May 2021, Elsa and Johanna were based temporarily in Northern Germany in several villages in and around Moormerland in Lower Saxony. The artists chose with care houses with a kind of “outmoded charm” in which they stayed long enough to imagine and bring to life various characters; including sad young adolescents, fathers and housewives… The resulting photographs suggest the imaginary lives of the neighbourhood inhabitants through the strange, almost cinematic aesthetic that characterises the work of the duo.

The recourse to auto- fiction, at the heart Elsa & Johanna’s practice permits them to stage scenarios with characters freed from their own identities, and thereby to interrogate contemporary questions of individuality, as well as notions of self-representation and anonymity. These images, organised as though taken from family albums, mix posed portraits, spontaneous and accidental photographs, and fragments of interiors, proposing multiple and interrelated narratives of imaginary daily lives.

Elsa Parra (born in 1990) and Johanna Benainous (born in 1991) have worked together as Elsa & Johanna since 2014. Working between photography, video and performance, they both conceive of, and realise, stories in which they are the principal actors. Their work has been exhibited at the Salon de Montrouge (2016) at MAC VAL, Paris Photo, and at the Hyeres Festival (2019). In 2020 they were finalists in the Louis Roederer discovery prize at the Rencontres d’Arles. Their work is in the collections of the CNAP, The Acquisition Fund of Contemporary Art of the City of Paris, and the collection of the Societe Generale.

In 2021 Elsa & Johanna held their first retrospective exhibition at the Museum of Modern Art in Karlsruhe, Germany. They live and work in Paris.

The Black Eagle, from the series «The Timeless Story of Moormerland », 2008 © Elsa & Joanna