‘Murray reshaped Modernist abstraction into a high-spirited, cartoon-based, language of form whose subjects included domestic life, relationships and the nature of painting itself…’ -Roberta Smith.

This Summer, Camden Arts Centre presents the first institutional exhibition in the UK of celebrated American painter Elizabeth Murray (1940-2007). Though her art and life had significant influence on several generations of artists, Murray’s work has rarely been seen in Europe and her impact here is still too little known. 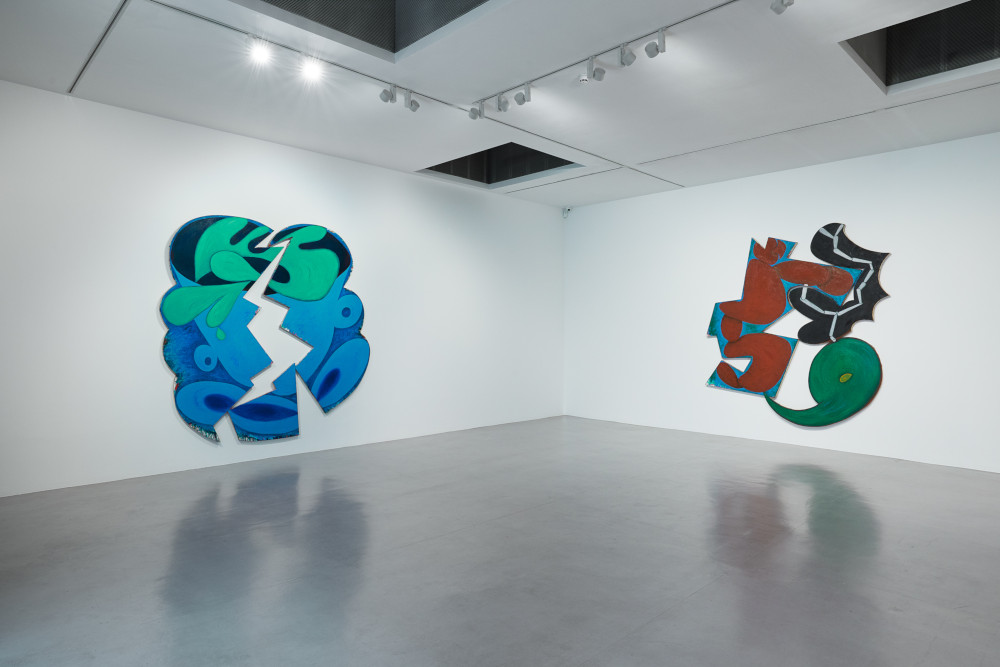 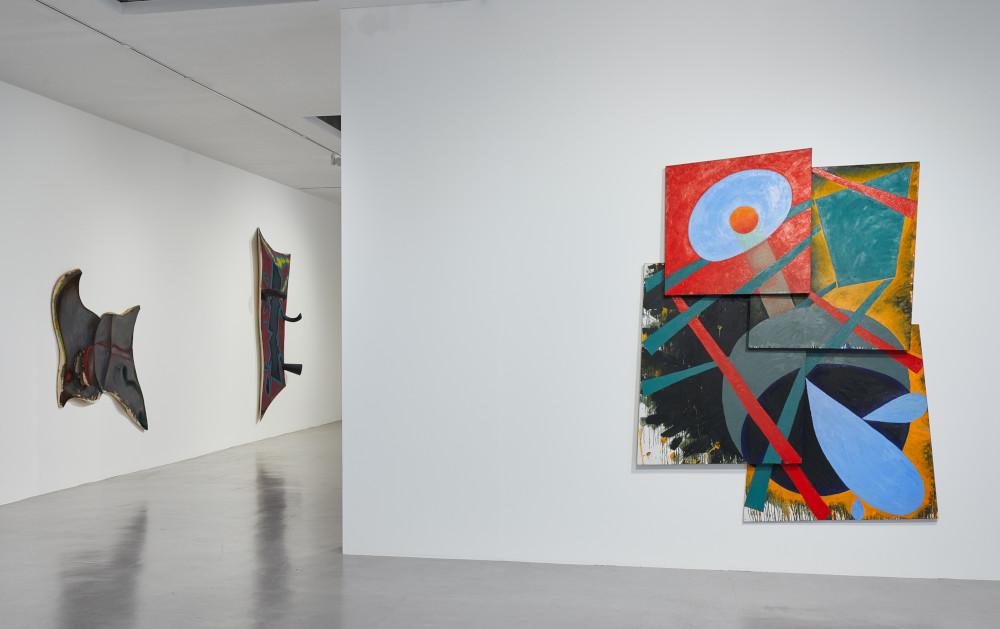 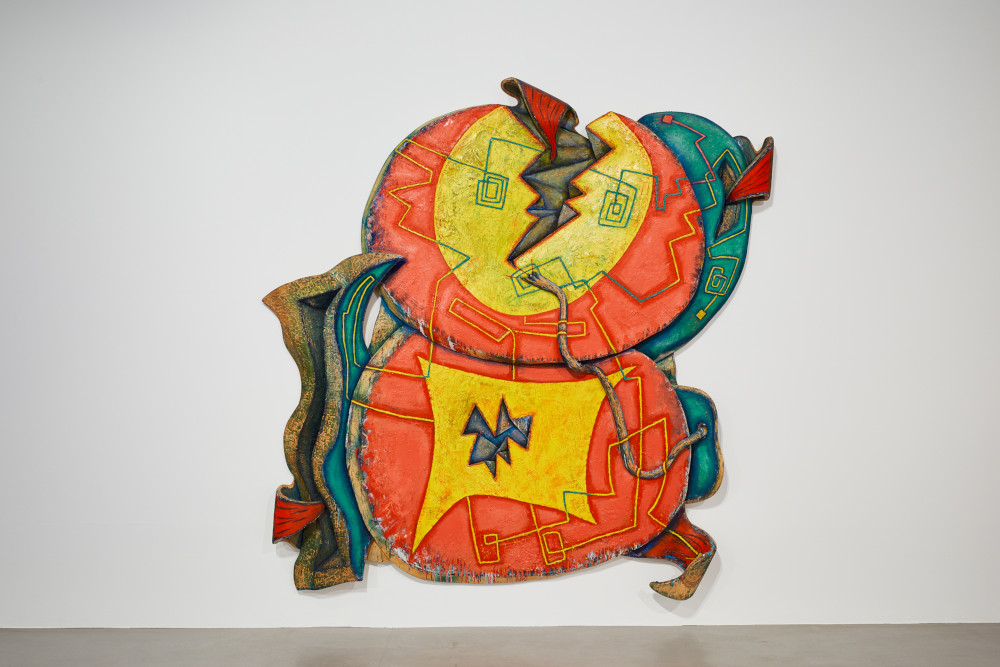 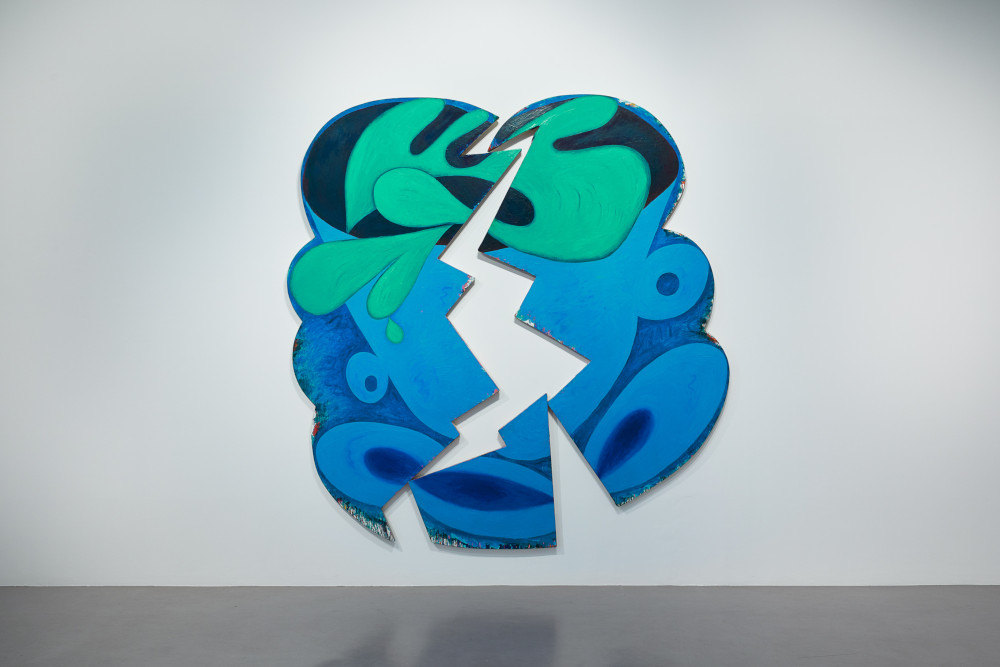 Absorbing influences from Arp to late Kandinsky, Murray was part of a group of artists who rejected the cool, hard-edged painting style of her contemporaries in the late 1960s New York, instead drawing inspiration from a lineage of Cubist-derived Minimalism and Surrealist-influenced Pop, as well as the Chicago Imagists and their irreverent cartoon realism. With her bold use of colours, evocative biomorphic shapes, lighting-strike cut-outs and abstracted domestic subjects, Murray produced a singularly innovative and influential body of work.

This landmark exhibition focuses on her vibrant, multi-panel and three-dimensional paintings from the 1980s and early 1990s, as well as her equally innovative works on paper and prints. Murray’s works from this period reject the assumed 2D plane of traditional painting; her sculptural canvases, warping, twisting, and knotting, literally burst forth from the walls. Working on canvas pulled over shaped stretchers, Murray fractures and layers multiple picture-planes, producing exhilarating three-dimensional works that challenge the traditional conventions of painting and redefine the sculptural dimensions of the medium. Her monumental works create a dynamic and radical new language of painting that bridges the gap between abstraction, figuration, and sculptural relief.

The exhibition highlights a dramatic decade that saw Murray’s work dominate the art scene of the 1980s in New York City. Her innovative paintings paved the way for a revival of the medium that included Julian Schnabel, David Salle and Anselm Kiefer.

On view are signature paintings including “Wake Up” from 1981, featuring a shattering coffee cup across three canvases that plays between illusion and the literal. “Sandpaper Fate” from 1993, is a wild, towering, and expressive work that teases at abstraction while extenuating abstraction. Neither works have been exhibited in Europe.

The domestic imagery that is the focus in so many of her most celebrated works led critics to brand her a “woman painter”. This led Murray to say “Cézanne painted cups and saucers and apples, and no one assumed he spent a lot of time in the kitchen.”

Though a celebrated retrospective of forty-years of her art was held at The Museum of Modern Art in New York in 2005 and her work is featured in major collections across the US, including MoMA, The Walker Arts Centre and The Whitney, for most British audiences this will be the first opportunity to experience her work.

Elizabeth Murray (b. 1940, Chicago; d. 2007, Washington County, New York) earned a BFA from the Art Institute of Chicago (1962) and an MFA from Mills College in Oakland (1964). Her work is held in over sixty public collections in the United States and has been the subject of over eighty solo exhibitions worldwide. Her retrospective, Elizabeth Murray: Paintings and Drawings, jointly organized by the Dallas Museum of Art, the Albert and Vera List Visual Arts Center, MIT, Cambridge, and Museum of Fine Arts, Boston, opened in 1987, and travelled to The Museum of Contemporary Art, Los Angeles; Des Moines Art Center; and the Walker Art Center, Minneapolis, closing at the Whitney Museum of American Art, New York, in 1988. In 2005, The Museum of Modern Art, New York, organized a retrospective that travelled to Institut Valencià d’Art Modern in Spain. Her work was featured at the 52nd Venice Biennale in 2007.

Murray was the recipient of numerous academic and institutional honours, including an award from the American Academy of Arts and Letters, New York (1984), to which she was elected as a member in 1992. She was awarded the Skowhegan Medal for Painting, New York (1986), and was named a MacArthur Fellow by the John D. and Catherine T. MacArthur Foundation (1999). 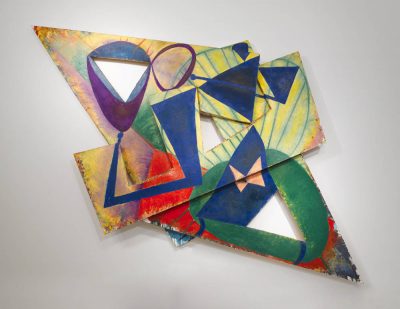