Richard Saltoun Gallery presents the first UK solo exhibition of Italian sculptor Eliseo Mattiacci. The exhibition features one of the artist’s most important and dramatic sculptures of his career: Roma. Conceived in 1980-81, this momentous installation comprises 58 moulded aluminium volutes, occupying the three rooms of the gallery and in dialogue with its Georgian architecture. 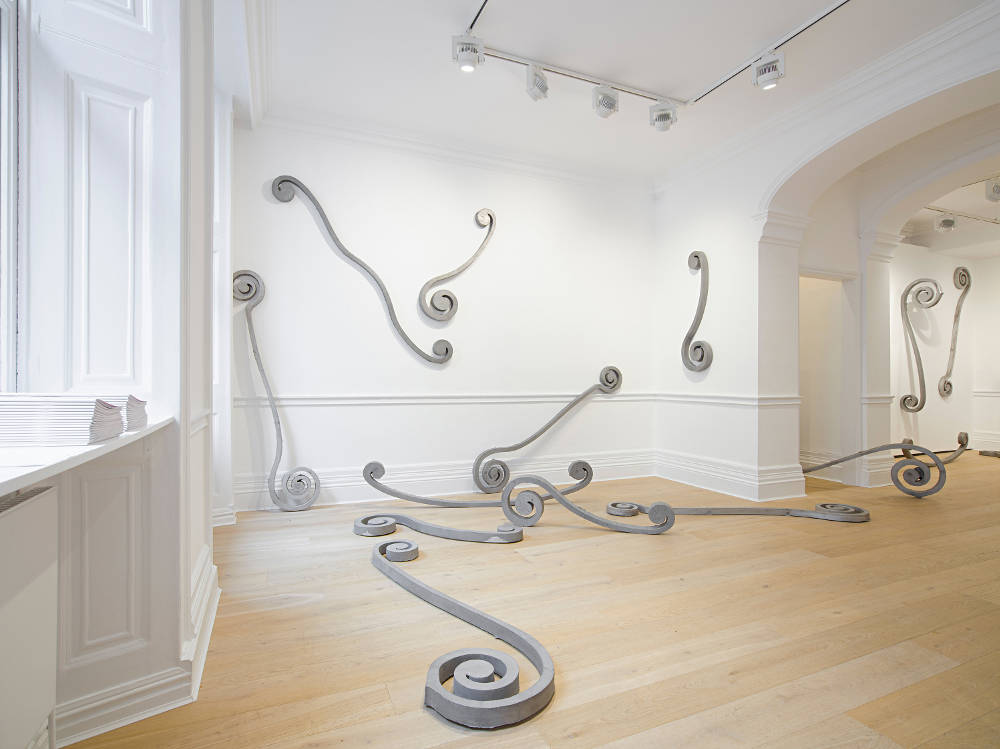 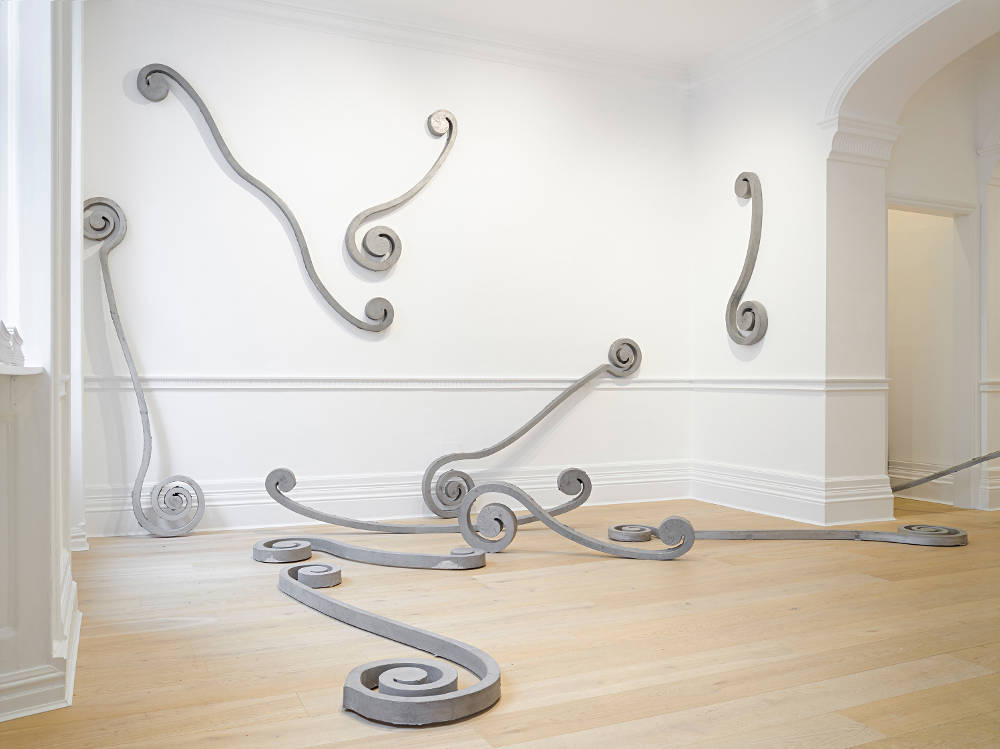 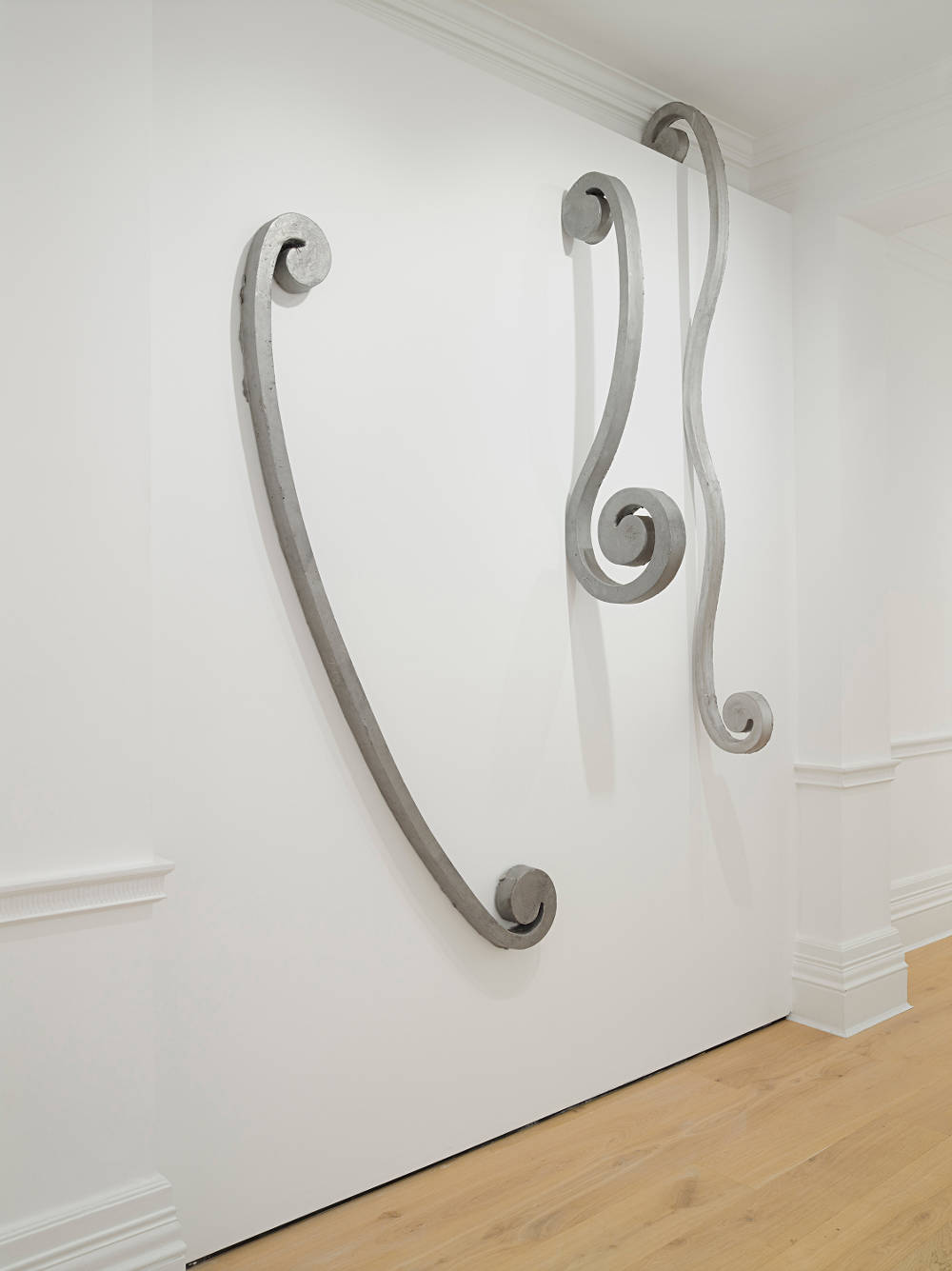 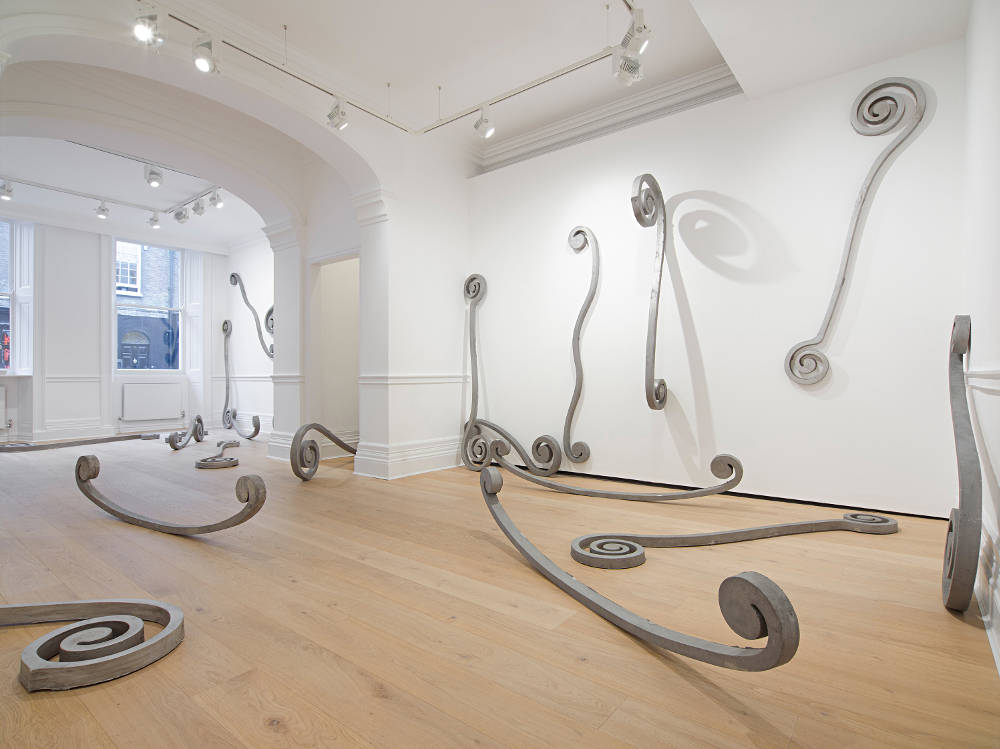 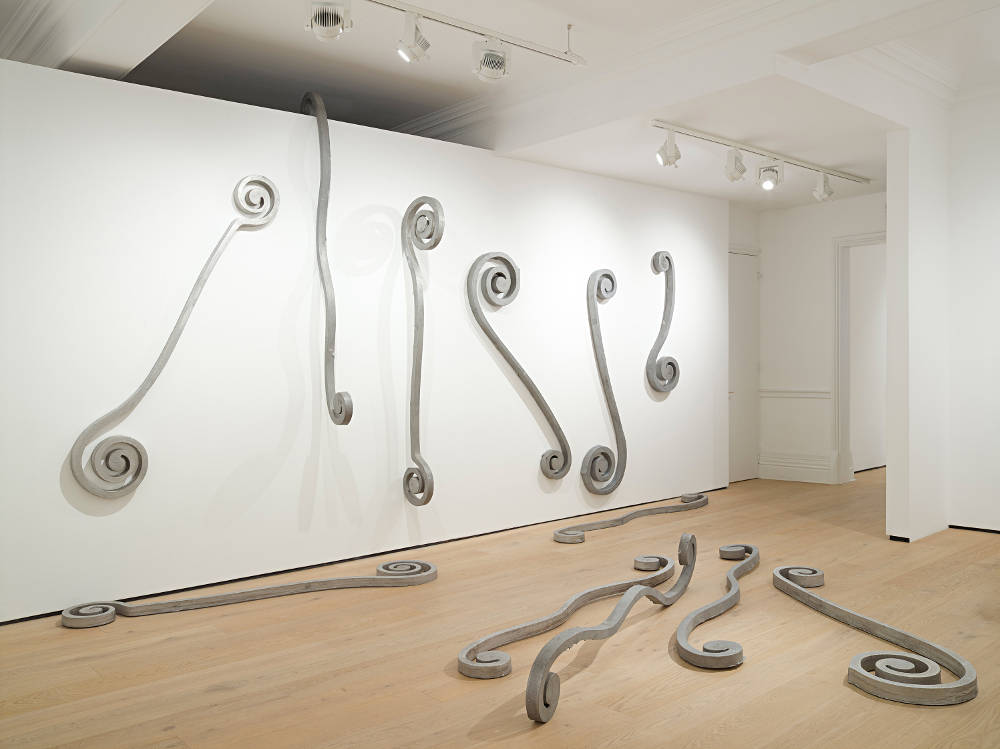 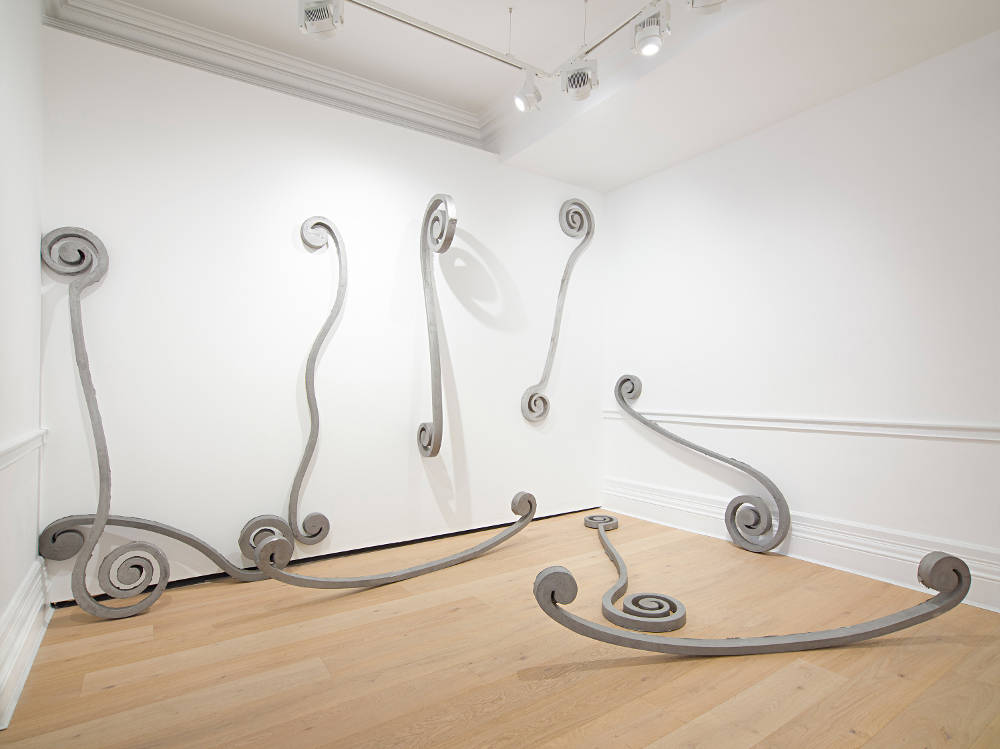 “I had been living in Rome for several years and I was well acquainted with Baroque architecture. In particular, the architecturally expressive element of the volute fascinated me because as I travelled around the city it was everywhere: it was a graphic sign that permeated everything. This is why I considered it a sort of objet trouvé. So, I forged more than fifty aluminium fusion volutes and called them Roma; these were conceived for the exhibition at the Padiglione d’Arte Contemporanea in Milan the following year. I liked the idea that these volutes were not the product of my creativity, but simply objects that I had found hanging, by chance, from the trees in the Isola Tiberina. I could remove them from their context to exhibit them in another place, but I could also decide to leave them in their natural habitat.” – Eliseo Mattiacci

Mattiacci is one of the great Italian post-war artists. Now in his late 70s, he has spent the past 50 years using sculpture to question, examine and explore the mysteries of the cosmos and mankind’s relationship with the universe. In 1964 Mattiacci moved to Rome where he was involved in the renewal of contemporary Italian art. Though he was in contact with many artistic movements, from Arte Povera to Minimal Art, he developed a unique and personal practice with a fearless and independent trajectory.

Mattiacci has been widely exhibited; at La Tartaruga and L’Attico galleries in Rome in the 60s and 70s and later at Alexander Iolas galleries in Paris, Milan and New York in the 80s. He has represented Italy twice at the Venice Biennale (1972 and 1988), and in 1993 he was chosen for the inaugural exhibition at the Fondazione Prada in Milan. In 1995 he won first prize at the Fujisankei Hokone Open Air Museum Biennal, Tokyo, and in 2008 the Antonio Feltrinelli sculpture award of the Accademia dei Lincei in Rome.

Eliseo Mattiacci (b.1940, Cagli, Italy) lives and works in Pesaro, Italy and is considered one of the great Italian sculptors of his generation. Throughout his career he has rejected any label that has sought to categorize his work or make him part of any school and thus he has retained an independent identity in the history of this period. He has had numerous worldwide solo exhibitions: recently in 2016 a retrospective at MART, Rovereto, Italy and in 2018 Eliseo Mattiacci: GONG, a monumental presentation of twenty outdoor sculptures at Forte di Belvedere, Florence, Italy.

A catalogue including an essay by Bruno Corà will be published in conjunction with the exhibition.

Courtesy of the artist and Richard Saltoun, London