Elias Castrén: Born to Be Late

Elias Castrén: Born to Be Late

In his exhibition debut, Elias Castrén (b.1996) presents many-layered paintings that resonate with echoes from art history yet offer something wholly unprecedented in the contemporary moment. 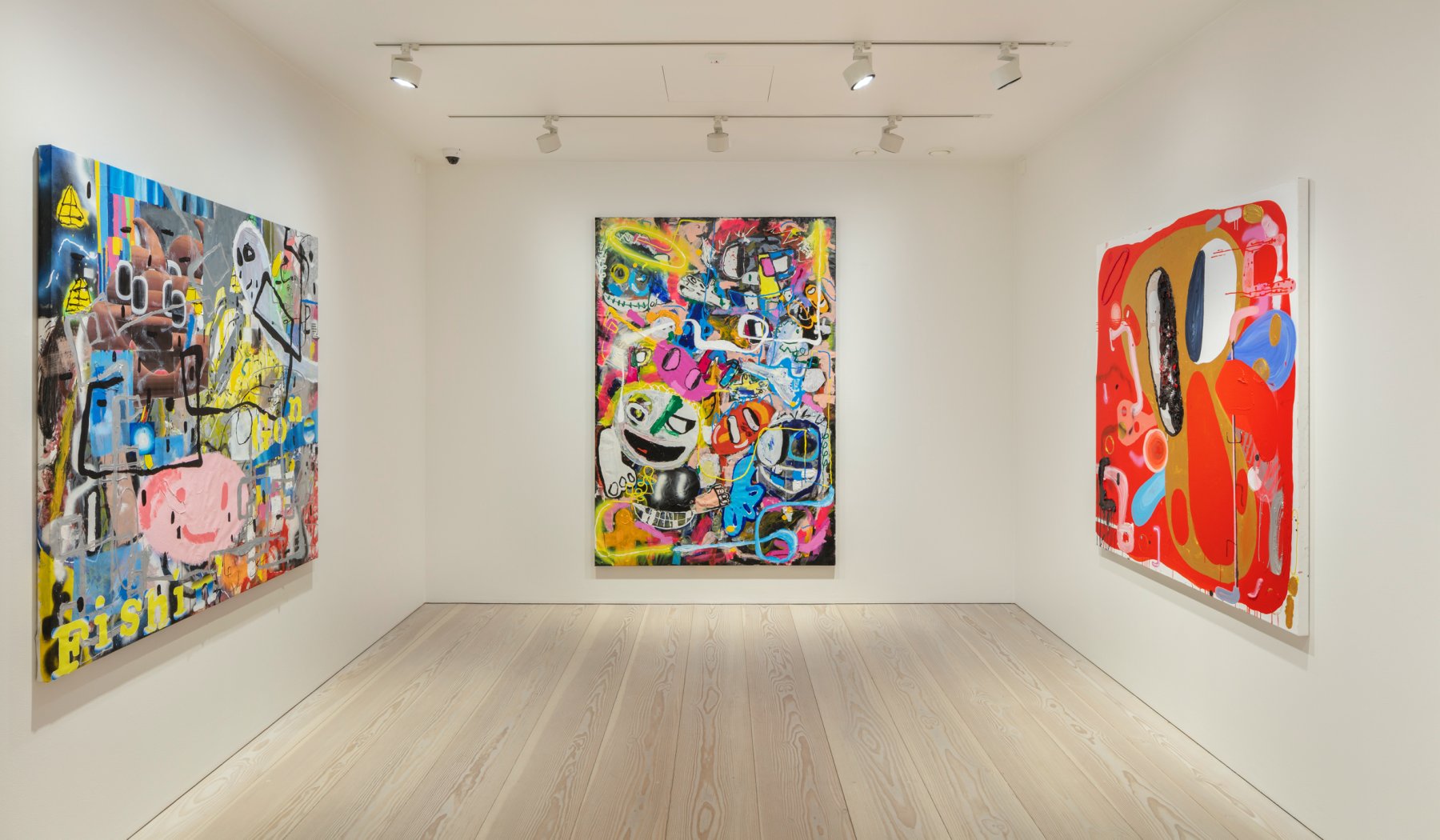 His paintings occupy a recognizable niche in the continuum of art history, having stylistic affinities with American avant-gardists such as Jean-Michel Basquiat (1960-1988) and Keith Haring (1958-1990). Although Castrén began painting only three years ago, his work possesses a ferociousness tempered by raw, vulnerable soulfulness, without falling into the trap of pretentious gesturing. His art has a presence that is genuine and compelling in its context.

Castrén has said that he began painting out of curiosity. He felt a strong impulse to somehow vent his pent-up anxiety, and painting it out seemed appealing. He spent his first year painting out the angst but now feels open to exploring new, broader ideas in his art. His only conscious aspiration in his new work is to avoid painting anything that deliberately means something. He does so simply by painting and painting so much that the meaning is born of itself. Not because it must, but because – through overpainting, erasing, and repainting – meaning is bound to emerge sooner or later.

Castrén also has another golden rule – never to repeat himself. If he paints a line of a certain thickness, he takes pains never to paint another line of the same thickness ever again. After painting a second, third and fourth line, all of the different thicknesses, he pauses to consider what further variations he can add. Castrén tries to paint like a computer, free of emotions and ego, and the results are refreshingly new, dynamic, and surprising.

Elias Castrén is a second-year student at the Academy of Fine Arts in Helsinki. He has been painting for three years. He was born in Malaysia and is currently based in Helsinki.