Lévy Gorvy presents Eleanore Mikus: Voiceless Poems, featuring the late artist’s seminal Tablet and Paperfold series. These two bodies of work, along with the innovative neo-expressionist paintings she initiated in the late 1960s, illuminate an experimental practice defined by Eleanore Mikus’s talent for fusing meticulously developed structures together to create artworks that hover between painting and sculpted relief. 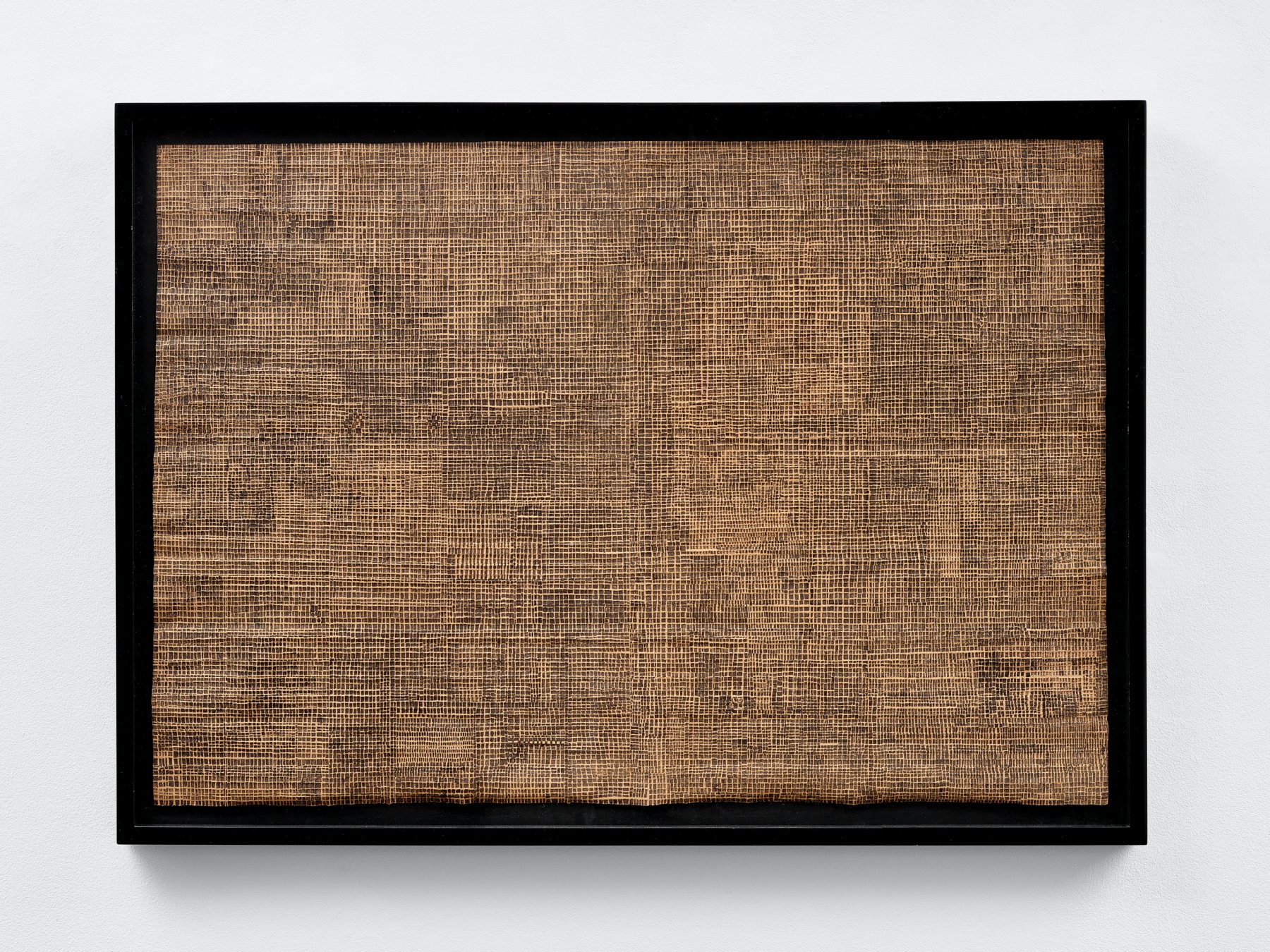 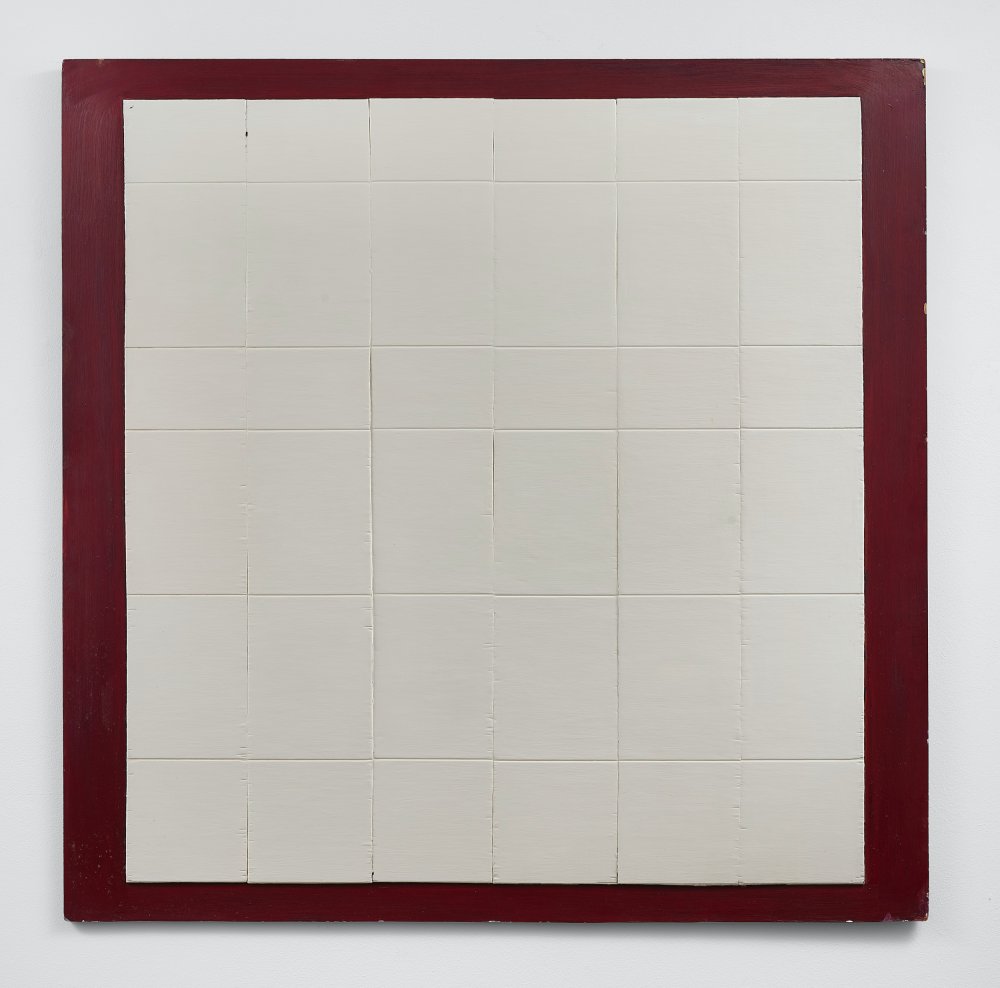 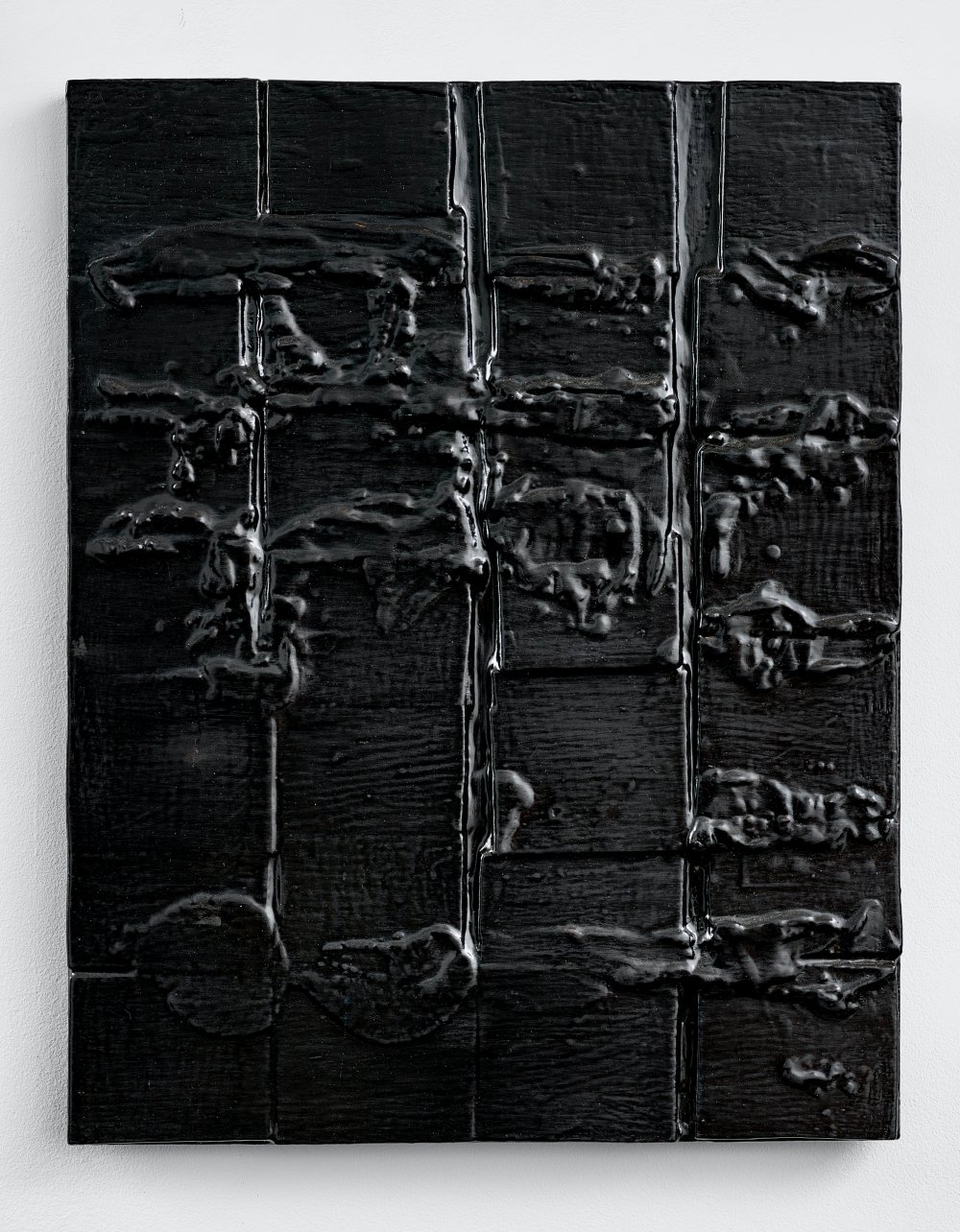 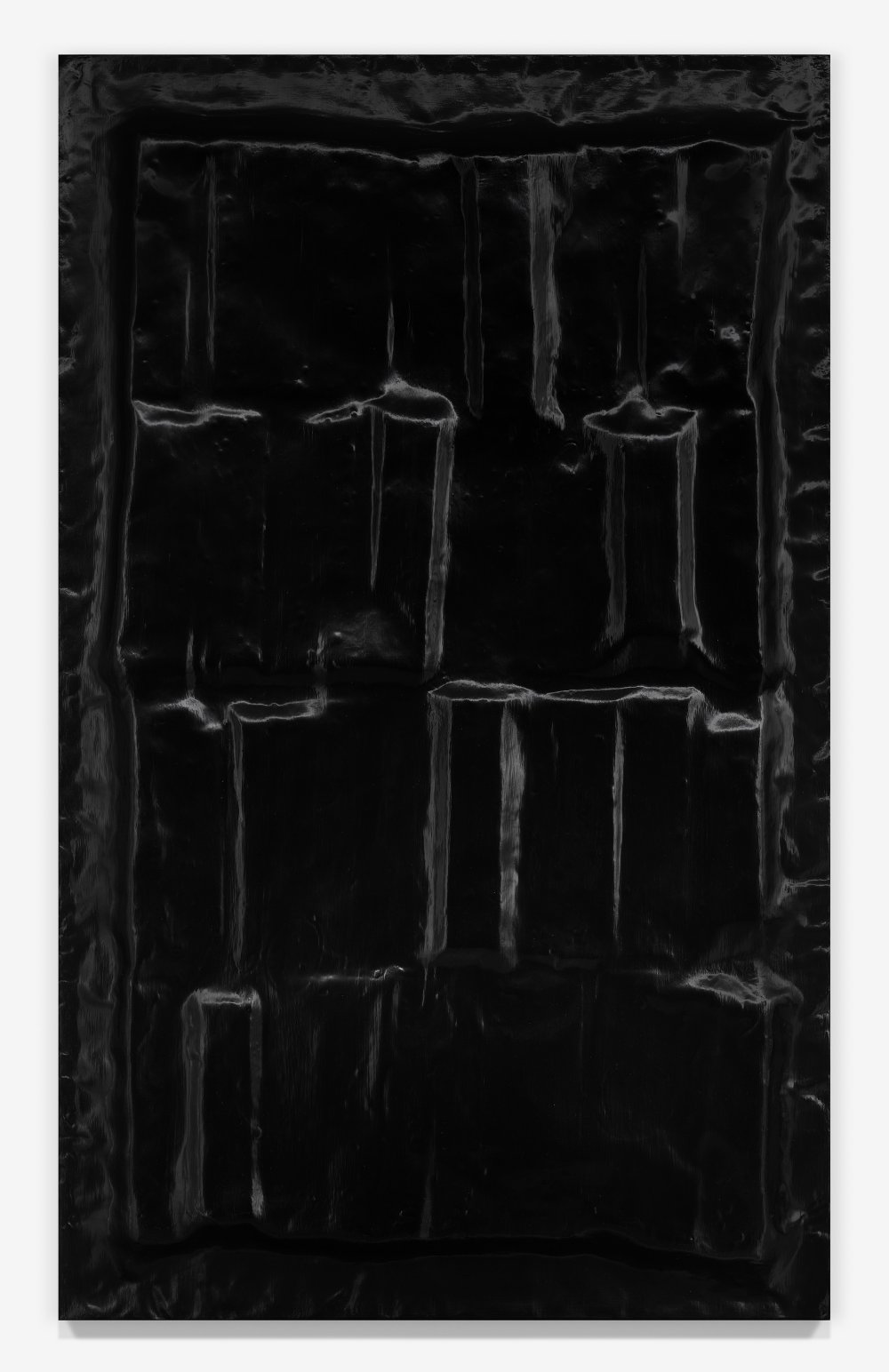 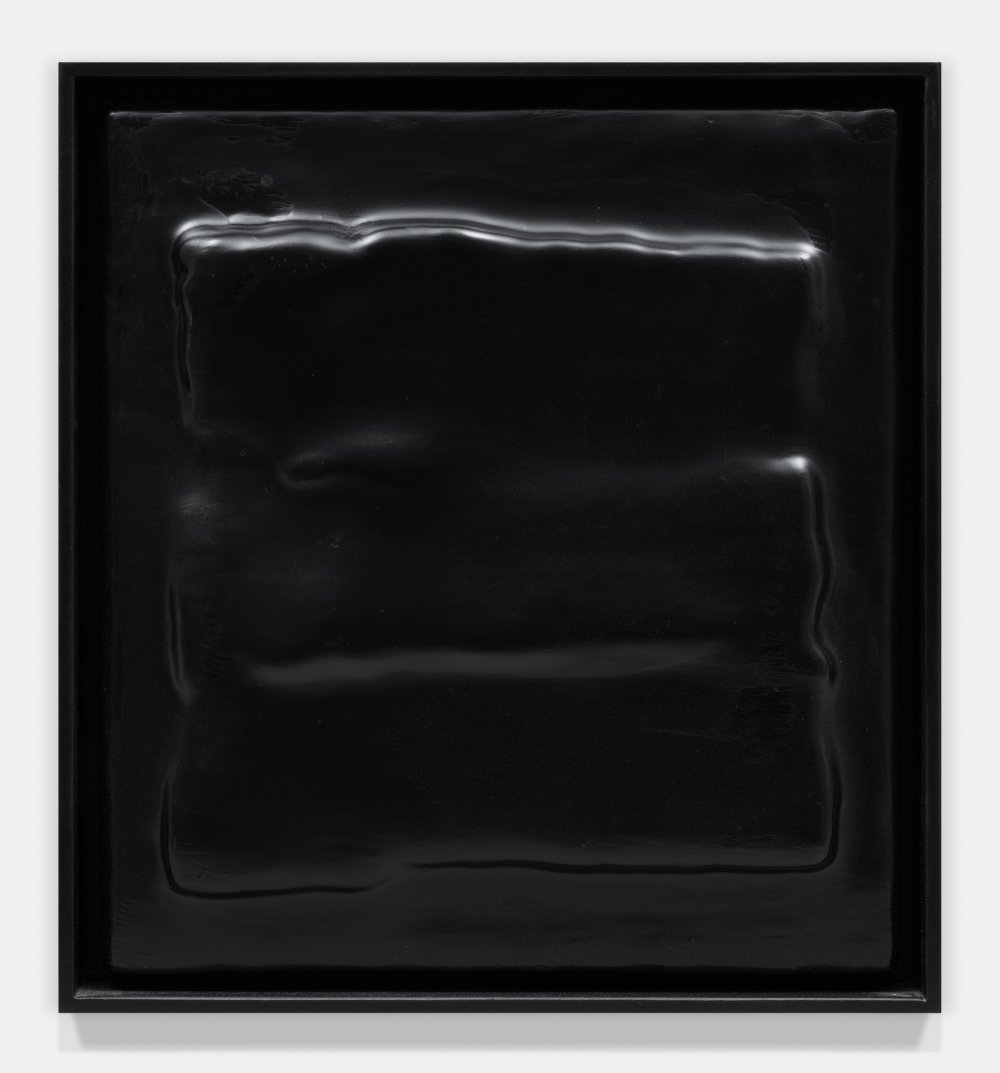 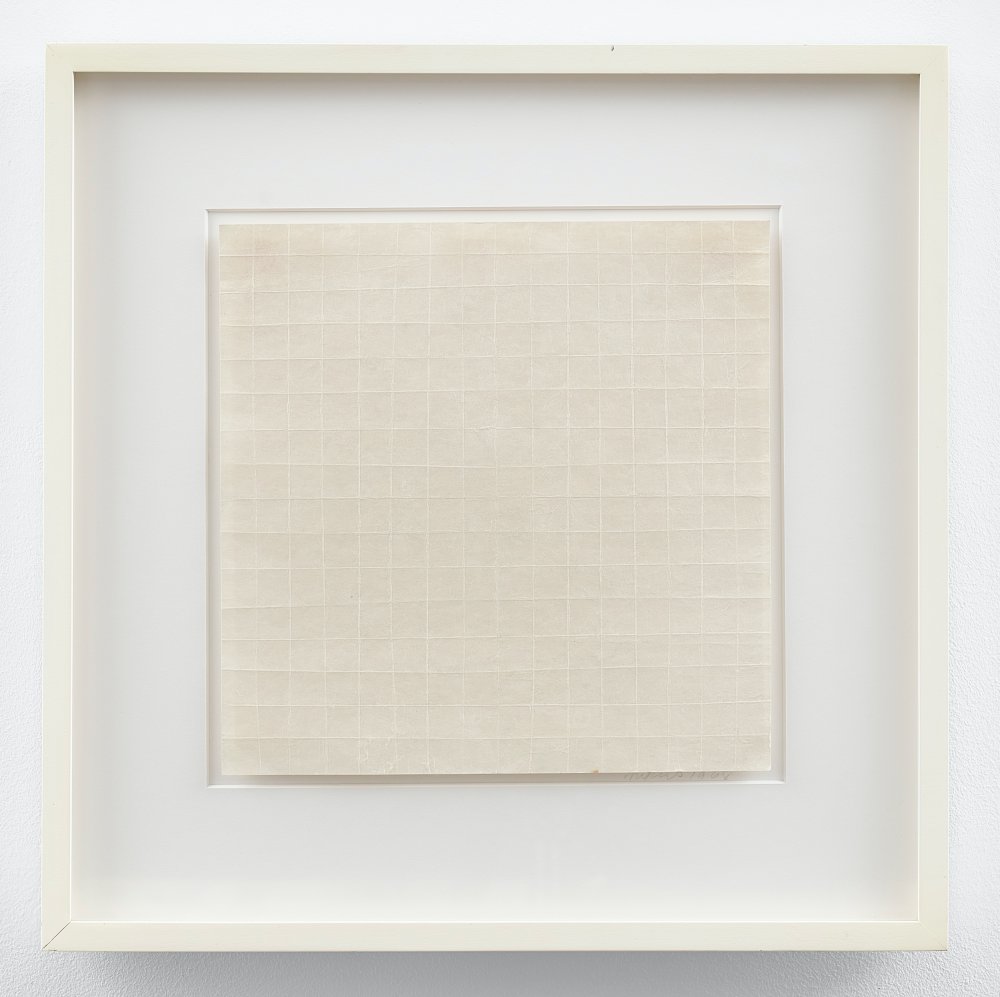 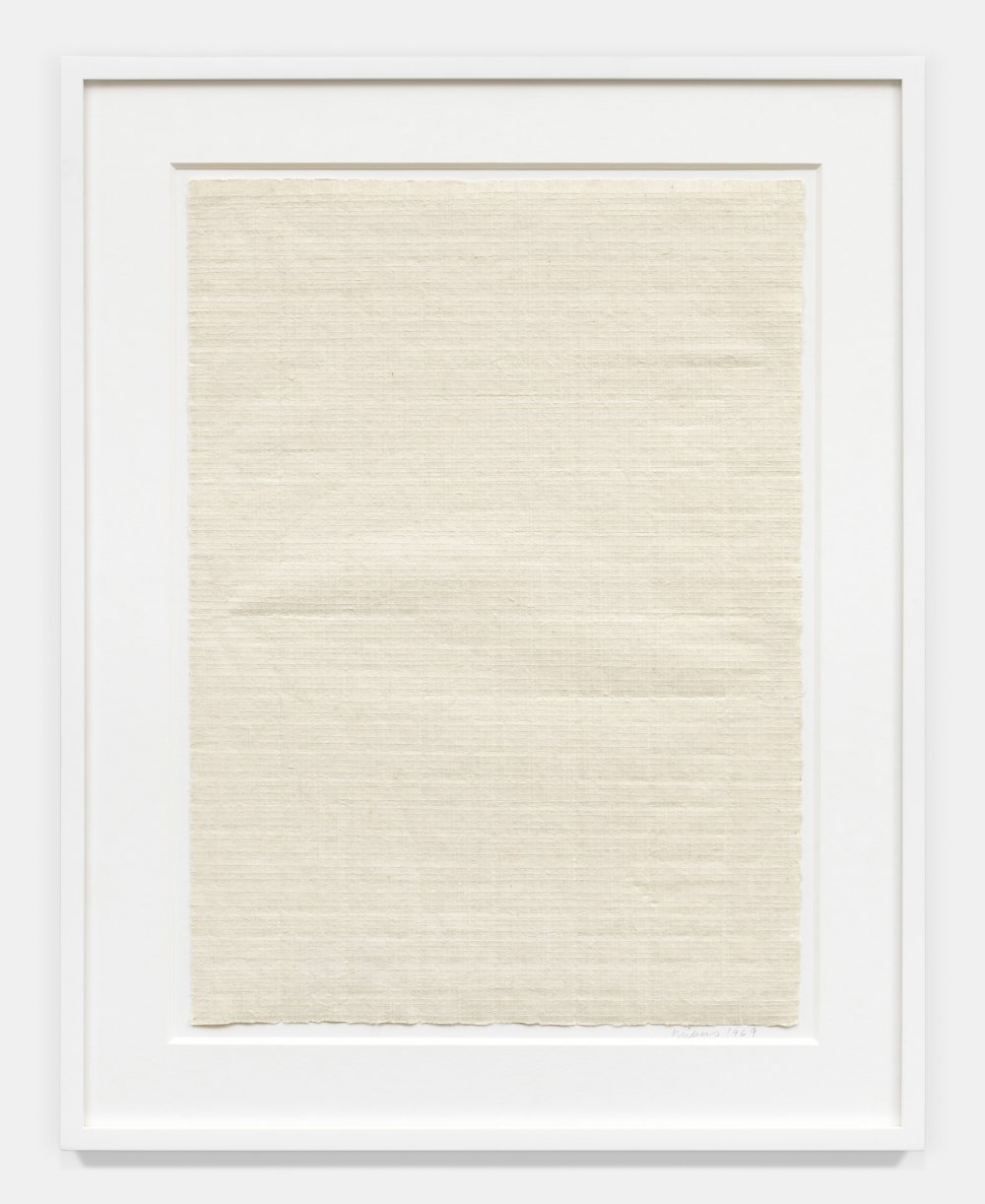 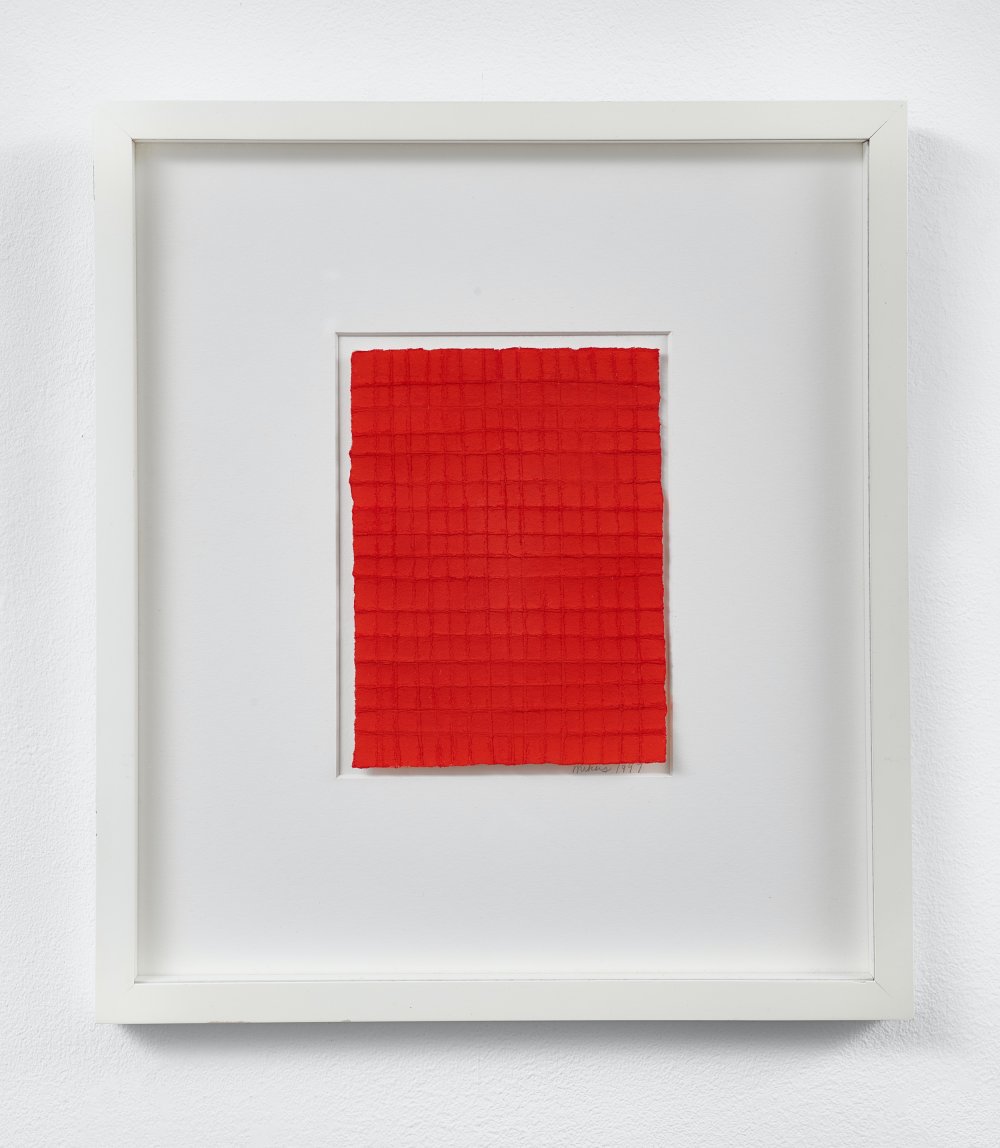 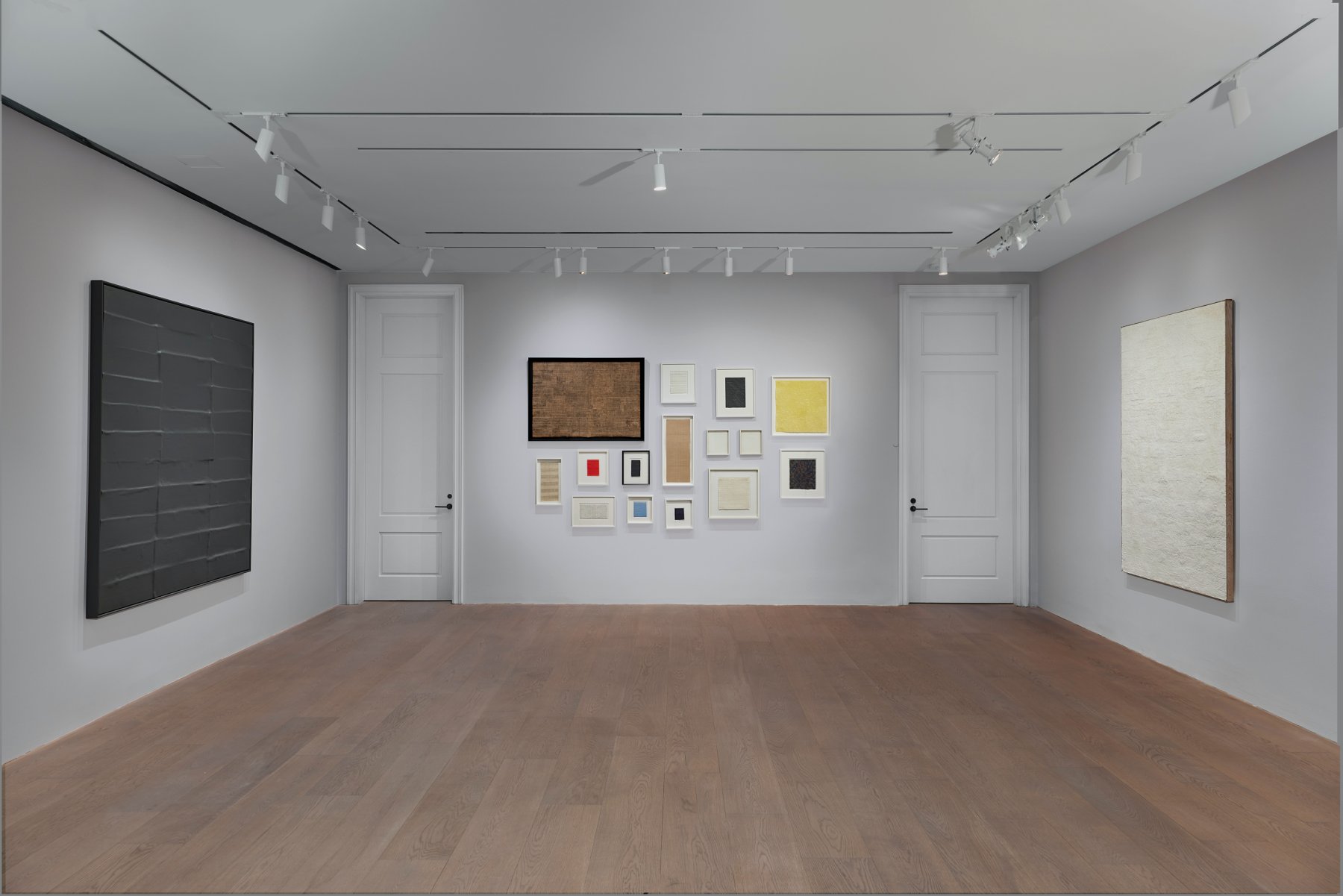 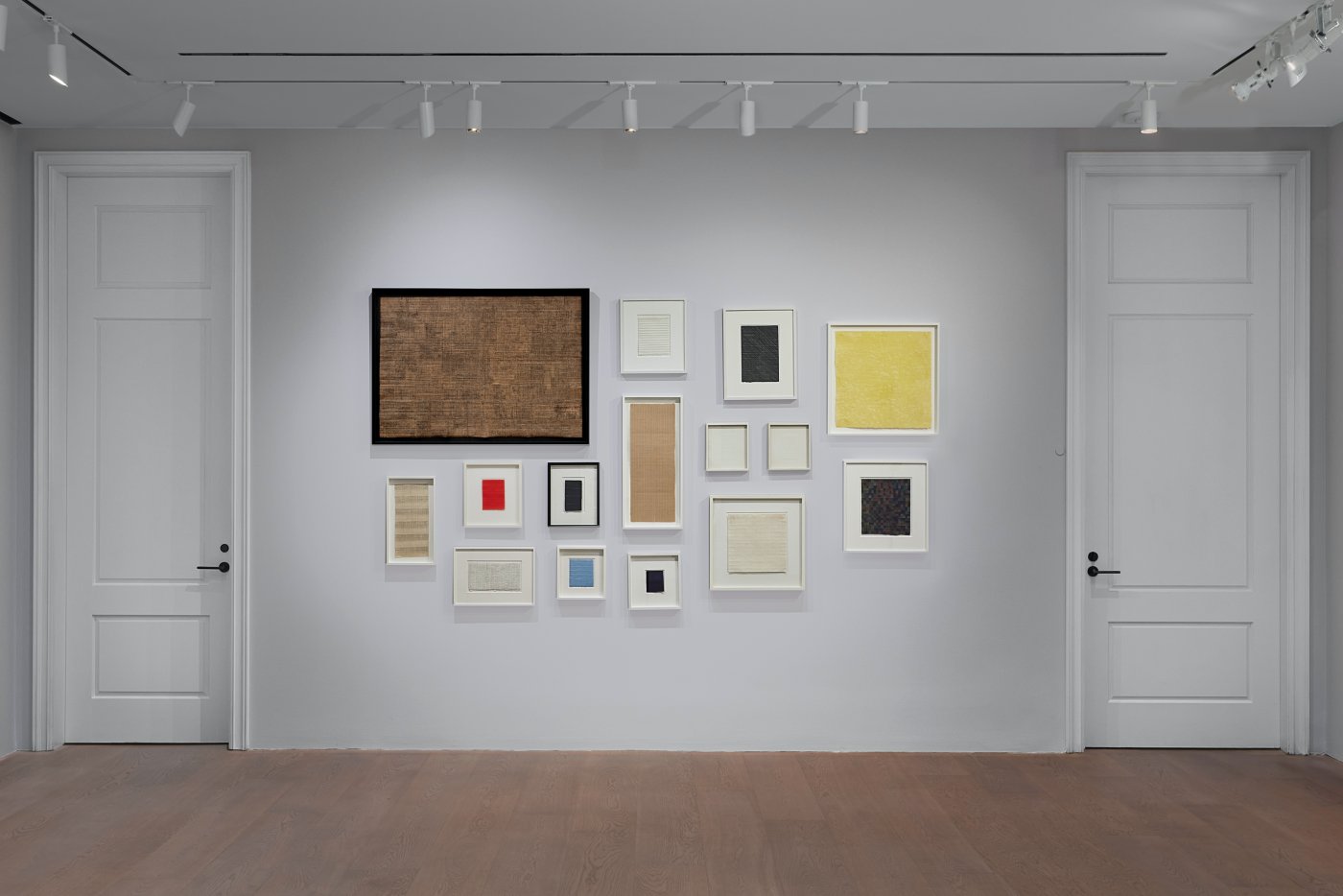 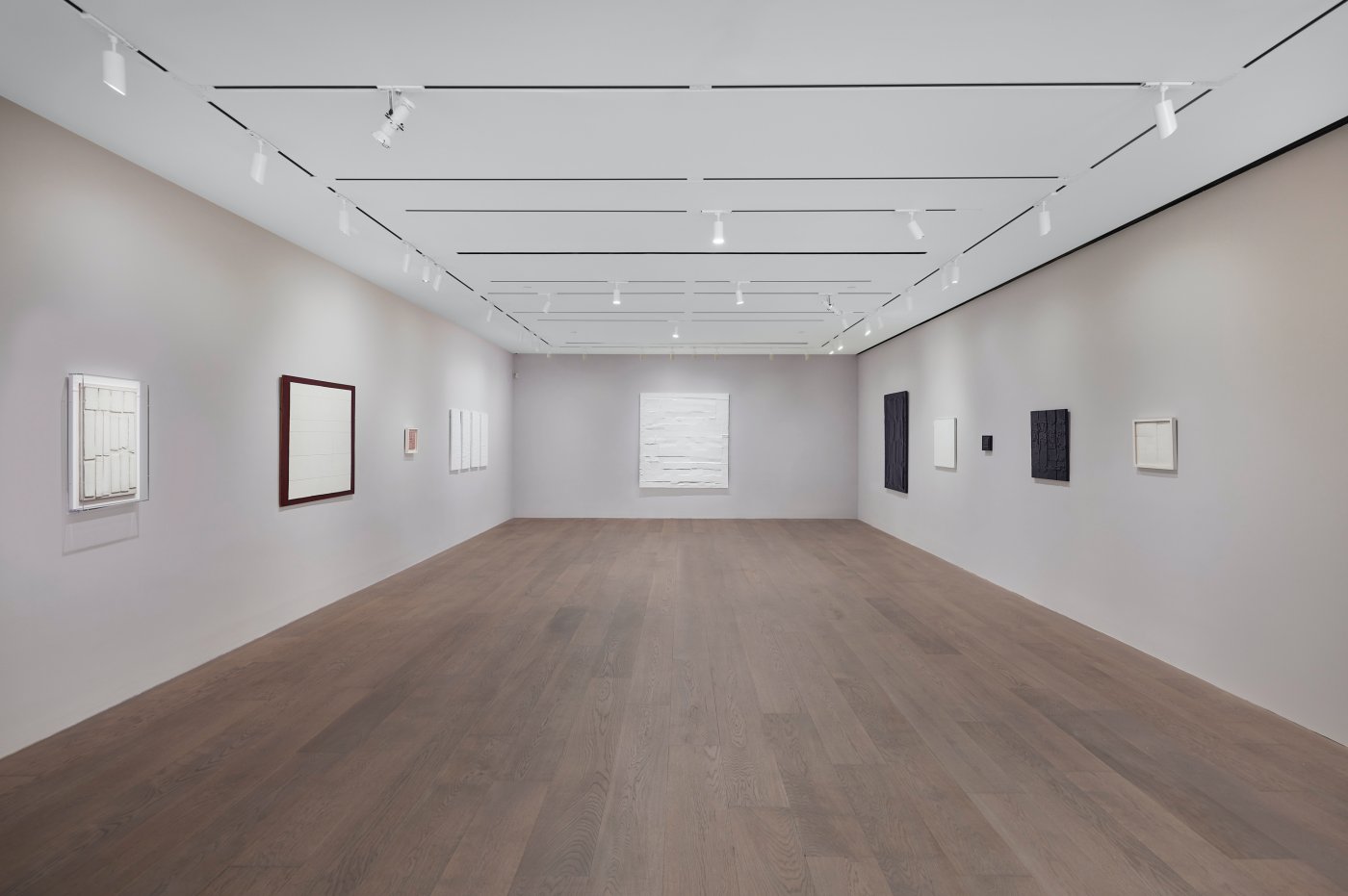 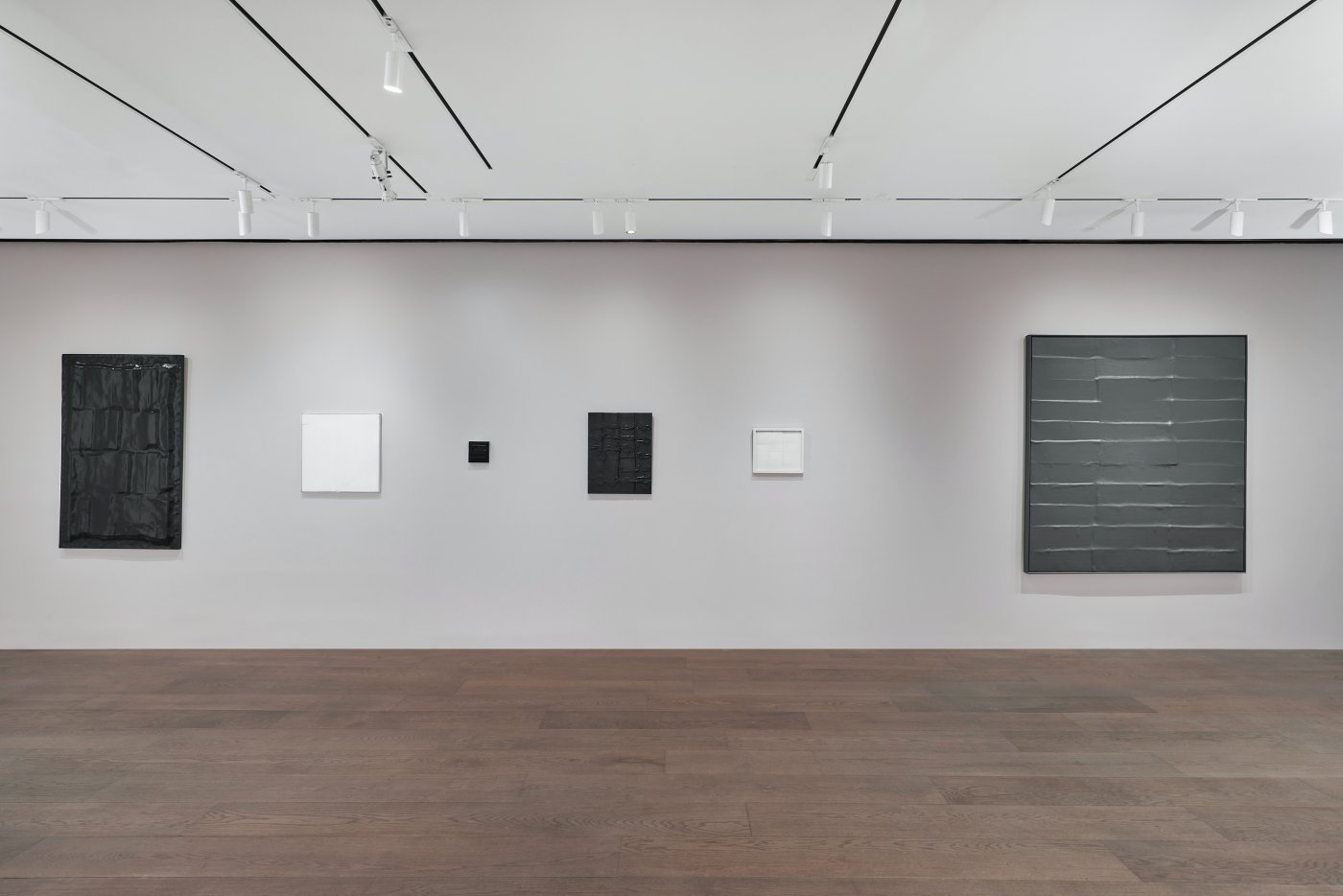 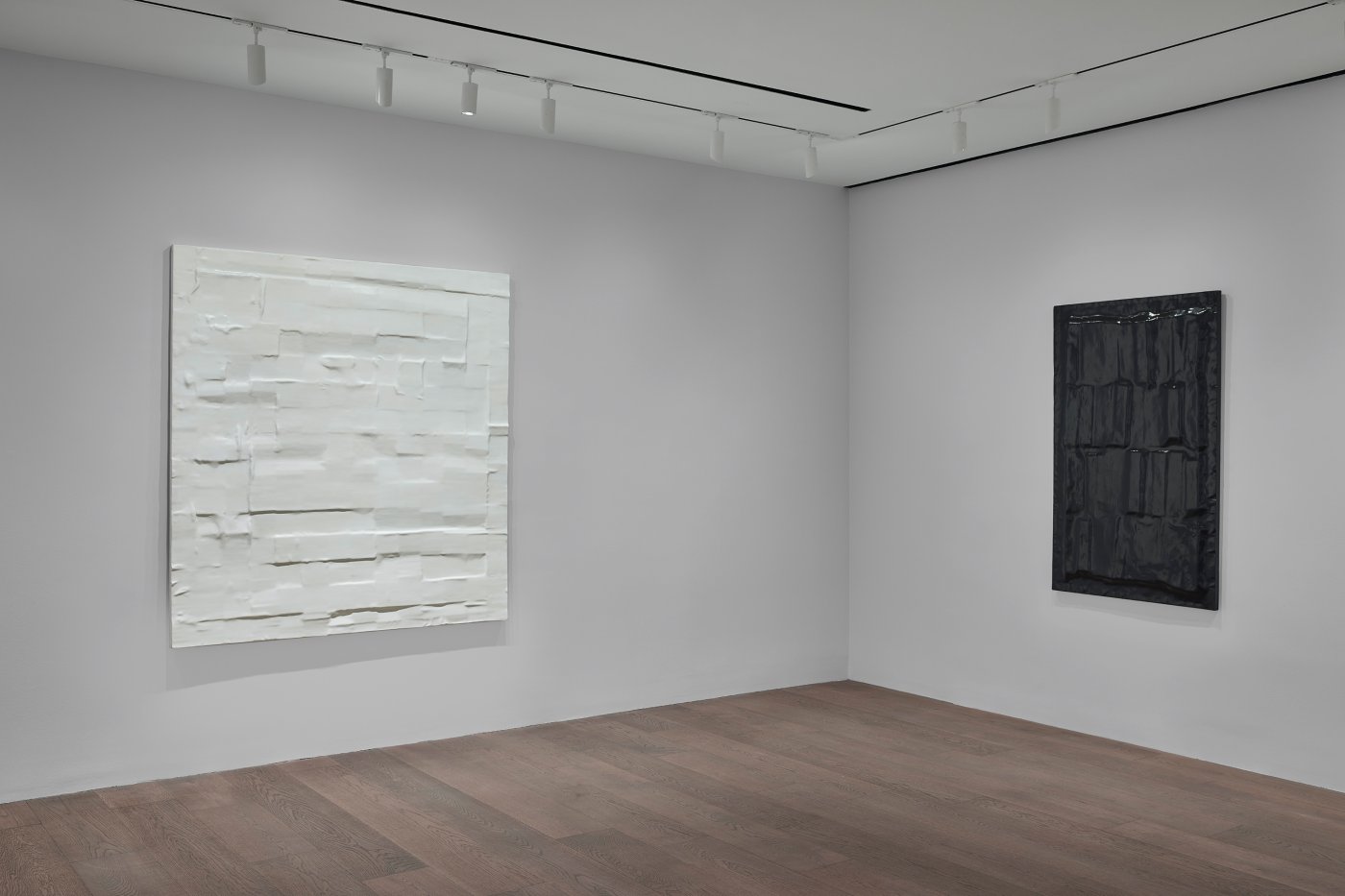 Born in Detroit in 1927, Mikus earned a Master’s degree in art history at the University of Denver, where she discovered and embraced lessons within the work of Wang Wei, a painter and poet active during the Tang dynasty who introduced monochrome painting to Chinese art. Mikus’s study of Eastern artistic traditions led her to understand paintings as “voiceless poems”—a synthesis that inspired the title of Lévy Gorvy’s exhibition. Painting in the Abstract Expressionist style in the 1950s, Mikus moved to New York City in 1960, joining the Art Students League and settling into a Lower East Side studio. She made her first Tablet works in 1961, exhibiting two the same year at the Whitney Museum of American Art. There, her art captured the attention of Ad Reinhardt, who initiated a friendship that lasted until his death in 1967. Presented at the Pace Gallery first in Boston and then New York, Mikus’s Tablets quickly gained wider attention, leading to acquisitions by major museums, including the Museum of Modern Art and the Whitney Museum of American Art.

Mikus created her Tablet works through a process that merged rigorous control with chance. In a conversation with art historian Robert Hobbs, Mikus said, “When people put tokens in for the subway, they then touch the surface of the turnstile and gradually wear away the paint and the wood. I like to get that quality in my tablets.” The Tablets began face down on the uneven floor of Mikus’s studio, where she cut pieces of plywood or Masonite into compositions, creating recesses of varied depth on the surface when turned over. Actively developing the nuanced surfaces of her work, she gessoed their faces before painting them in monochrome tones, alternately eroding and rebuilding the layers of painted surfaces. To create her Tablets in fiberglass, she employed a related process, composing a substrate of plywood or Masonite face up, then laying fiberglass sheets and pouring resin over them to harden the painting. Mikus worked on her Tablets for extended stretches of time, taking from six weeks to many years to complete each work—imbuing them with a defining atmosphere of time, endurance, and meditation. She chose to call these works Tablets because, she noted, “people from childhood carry… some sort of notational record.” Thus, this body of work resonates with the philosophical concept of tabula rasa, suggesting the ways in which a veritable library of accrued sensory experiences are central to the formation of the self.

Mikus also began experimenting with folded paper when she created a flier for her exhibition at Pace in 1963. Revisiting this experiment in the late 1960s led her to develop her Paperfolds, which would become her predominant mode of expression in the 1980s. Carefully manipulated into rectilinear compositions, the surfaces of her Paperfolds are characterized by imbricated geometric patterns shaped by shadows. Composing these works by hand into gridded patterns, Mikus applied ink, wax, and acrylic paint to some of them. Echoing the time-intensive, meticulous labor used to create the Tablets, the Paperfolds embody the artist’s meditative process and subtly realized surfaces.

Of her work, Mikus recounted, “In my painting I have pursued my conviction that form without substance cannot truly express significance. External formal constructs such as line, form, and color cannot in themselves be an expression of the creative impulse but must be deeply rooted in the individual. By ‘substance’ I am speaking of the dynamic inner flow of feeling, thought, and imagination which every true artist struggles to discover, experience, and express. It is to the synthesis of all these elements in my work that I devote my concentration and energy.”

About the Artist
Works by Eleanore Mikus (1927–2017) are in prominent public collections including the Blanton Museum of Art, Austin; Brooklyn Museum; National Gallery of Art, Washington, DC; Metropolitan Museum of Art, New York; Museum of Modern Art, New York; Victoria and Albert Museum, London; and Whitney Museum of American Art, New York. In 1966, Mikus was awarded a Guggenheim Fellowship; she was granted a Tamarind Fellowship in 1968 and a McDowell Fellowship in 1969. Mikus was awarded grants from Cornell University in 1985 and 2001, and she received a Yaddo Grant in drawing and painting in 2004. In 2007, the Drawing Center, New York, presented Eleanore Mikus: From Shell to Skin. A tribute exhibition of her work was organized by the Herbert F. Johnson Museum of Art at Cornell University in 2017, and Meditations: Eleanore Mikus at Tamarind is currently on display at the Amon Carter Museum of American Art, Fort Worth.