I think of air as a material to work with and that is a huge challenge when working in stone.
– Eilis O’Connell

A brand-new body of work by contemporary Irish sculptor Eilis O’Connell opens at Pangolin London in March 2022. Breadth becomes Air is a collection of immensely tactile sculptures shaped by folds, curves and edges which oscillate between biomorphic and geometric forms. 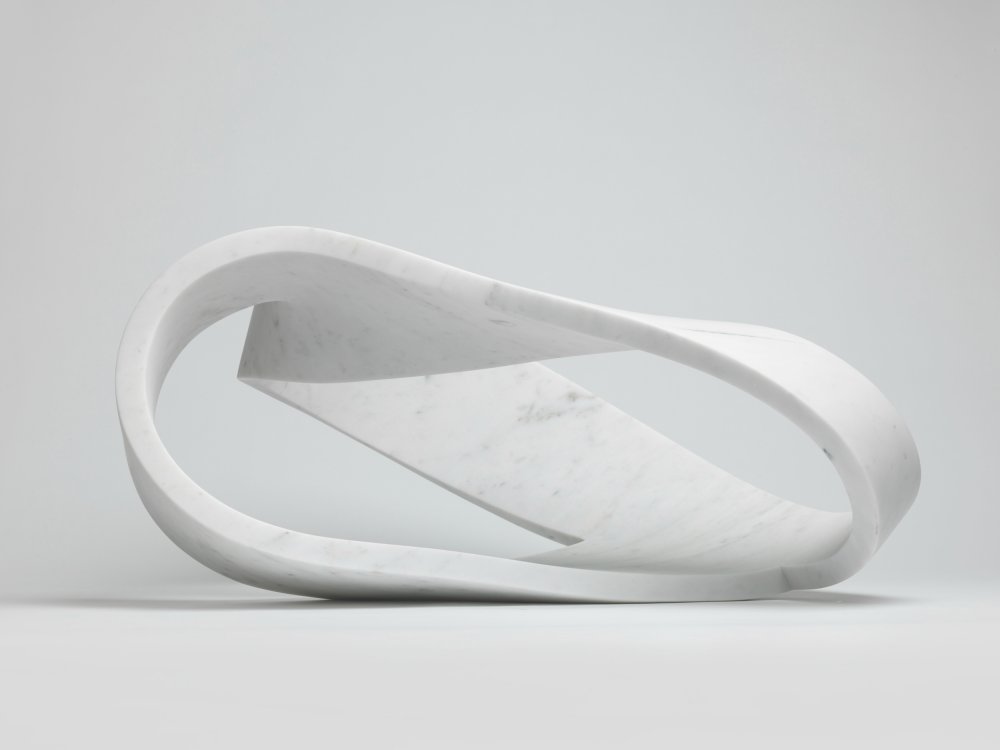 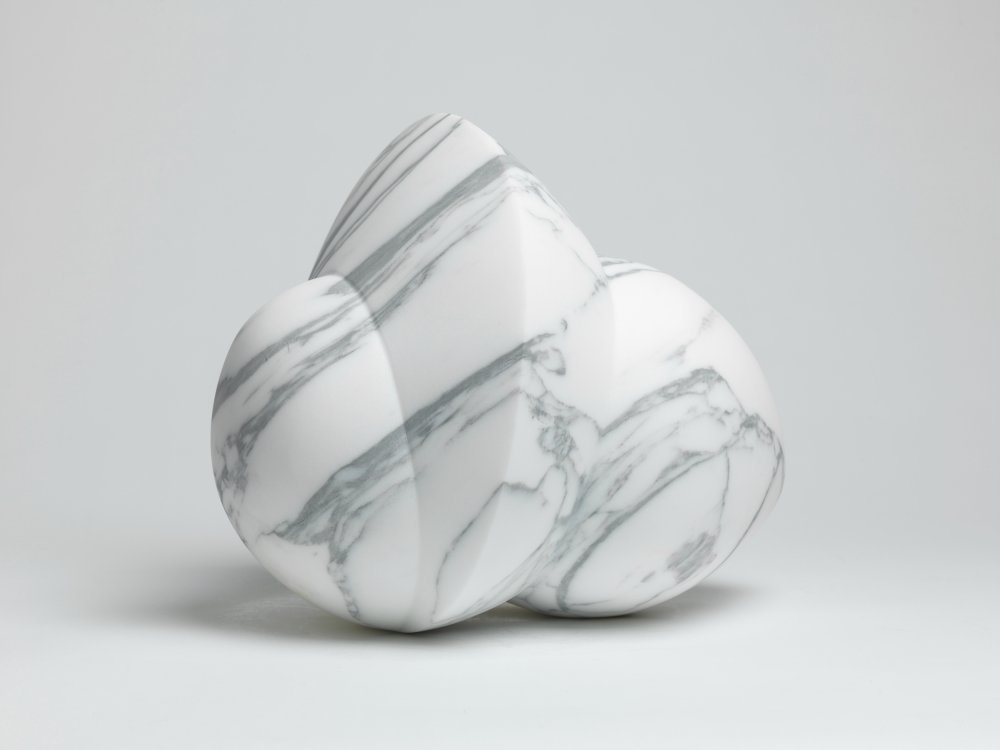 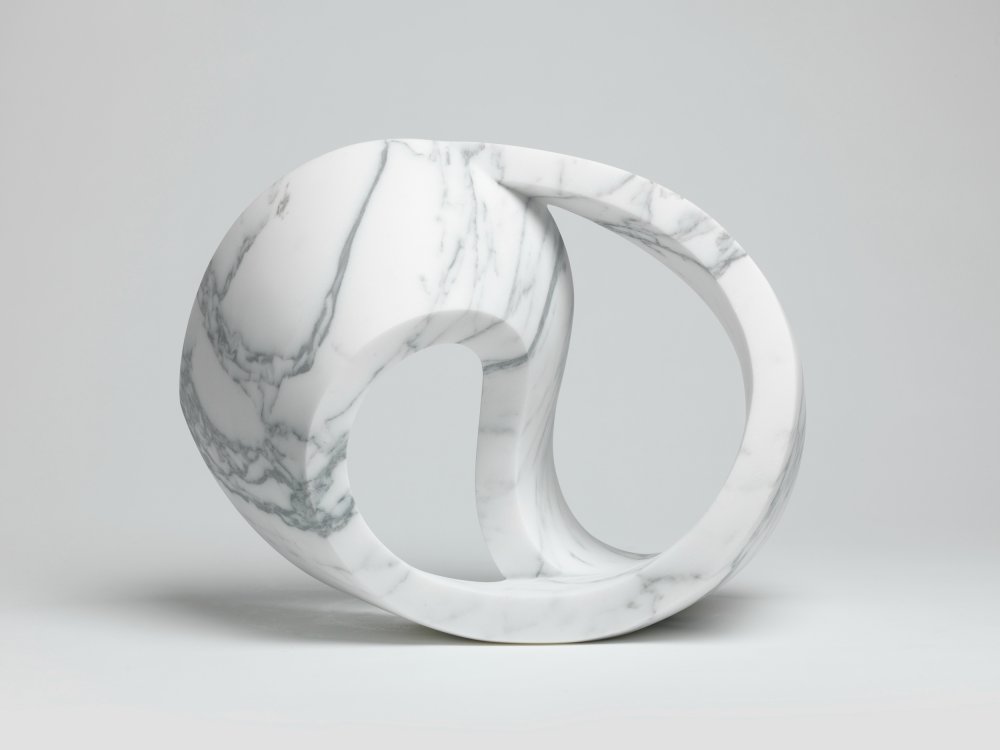 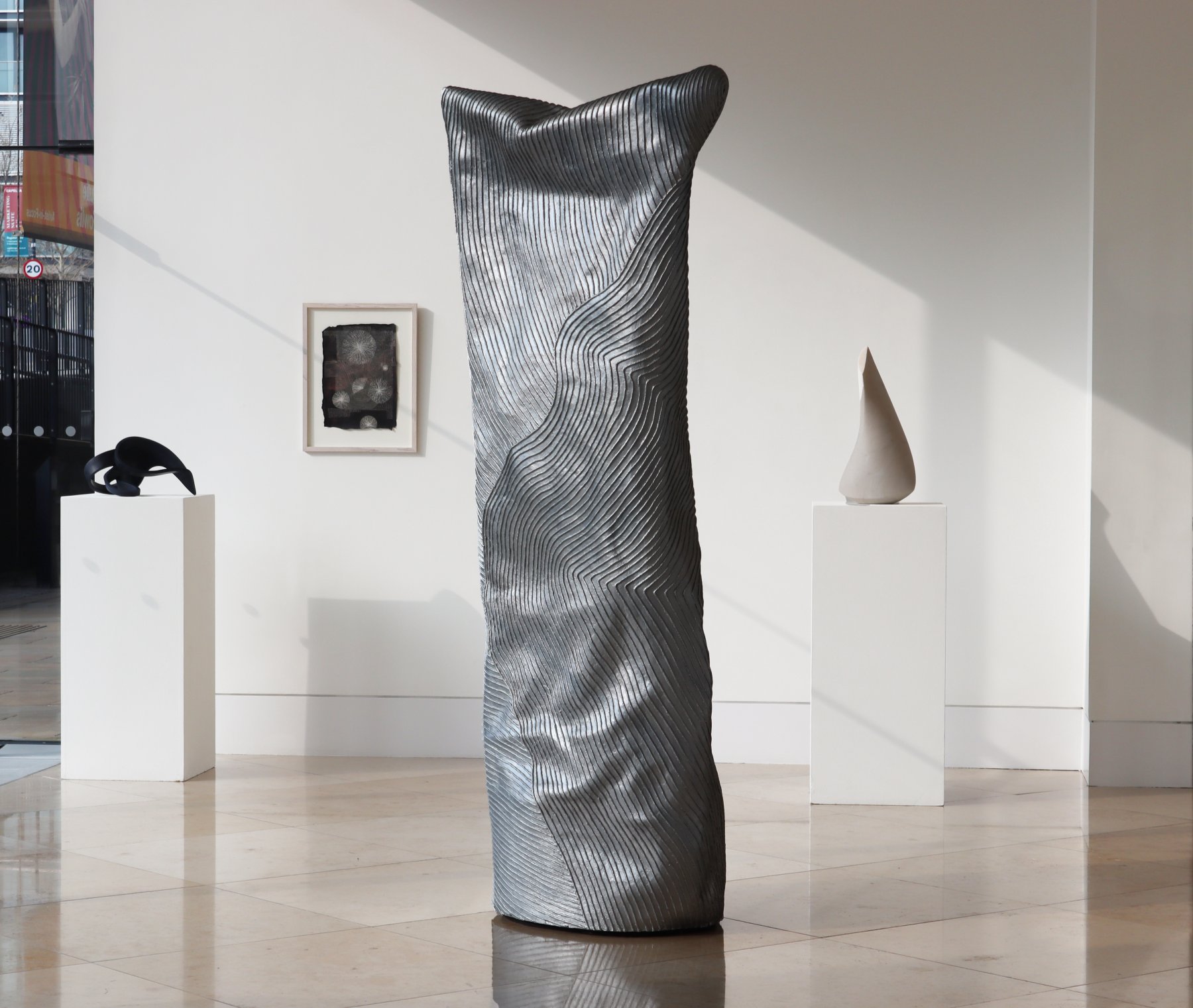 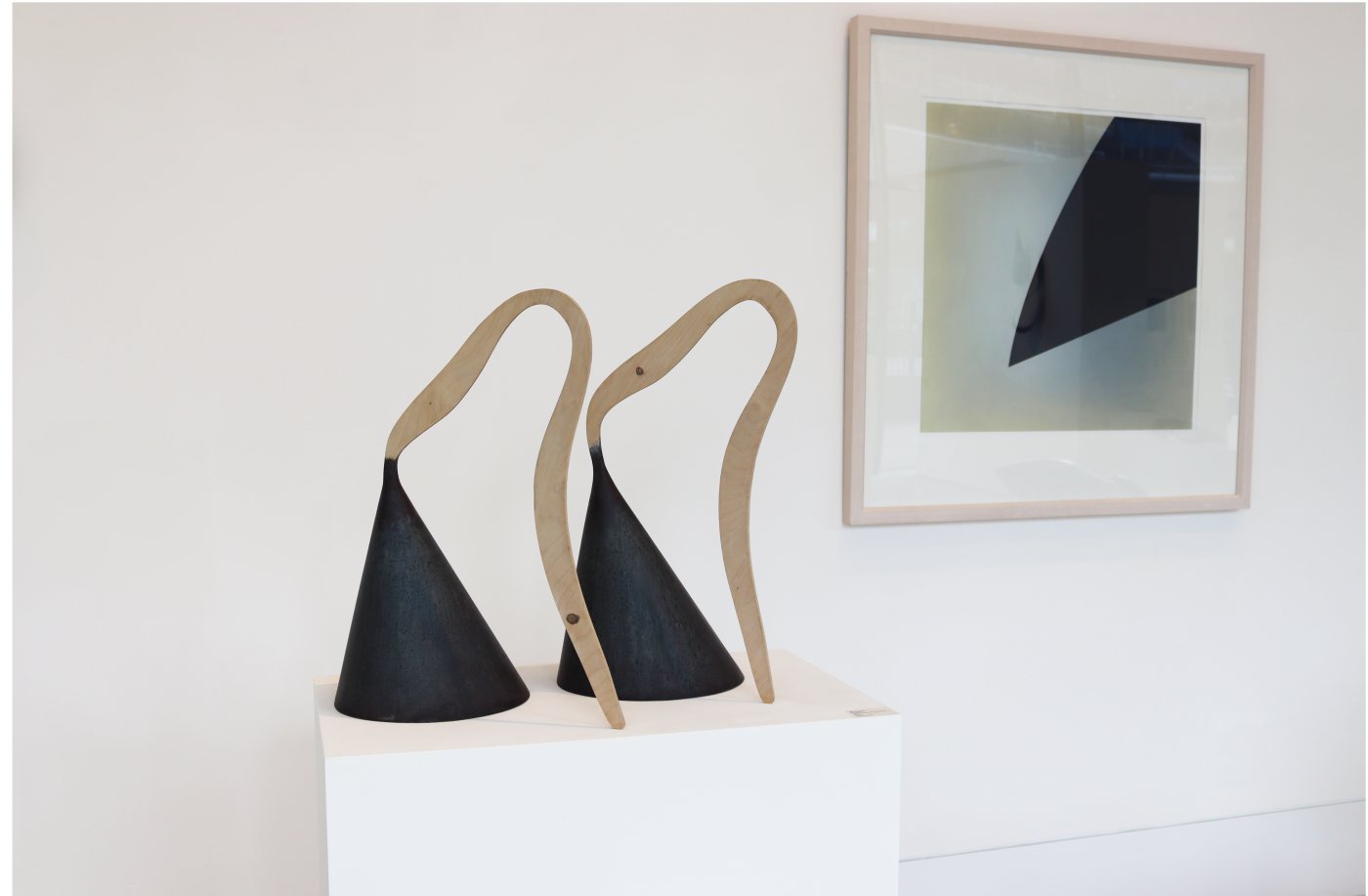 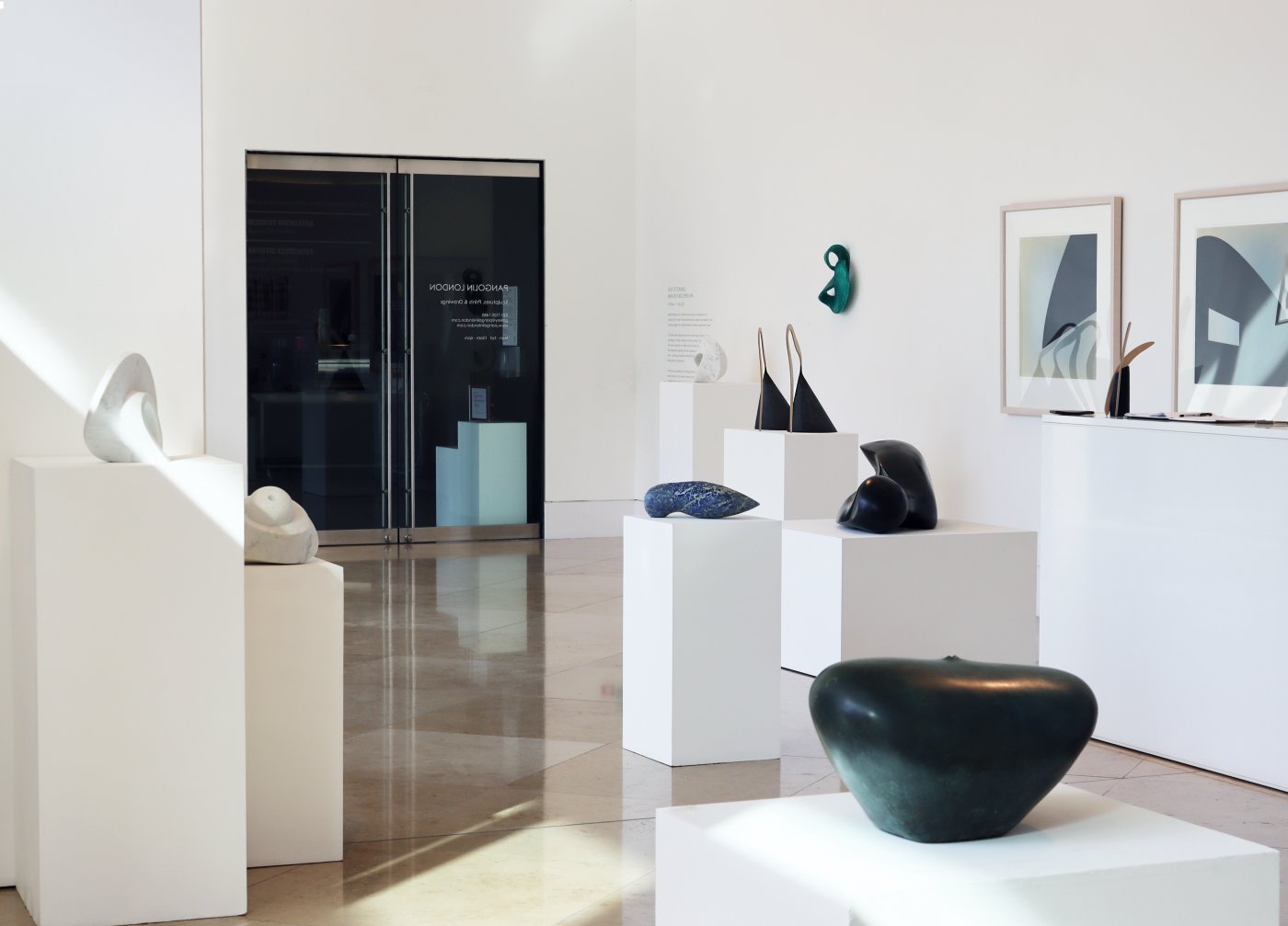 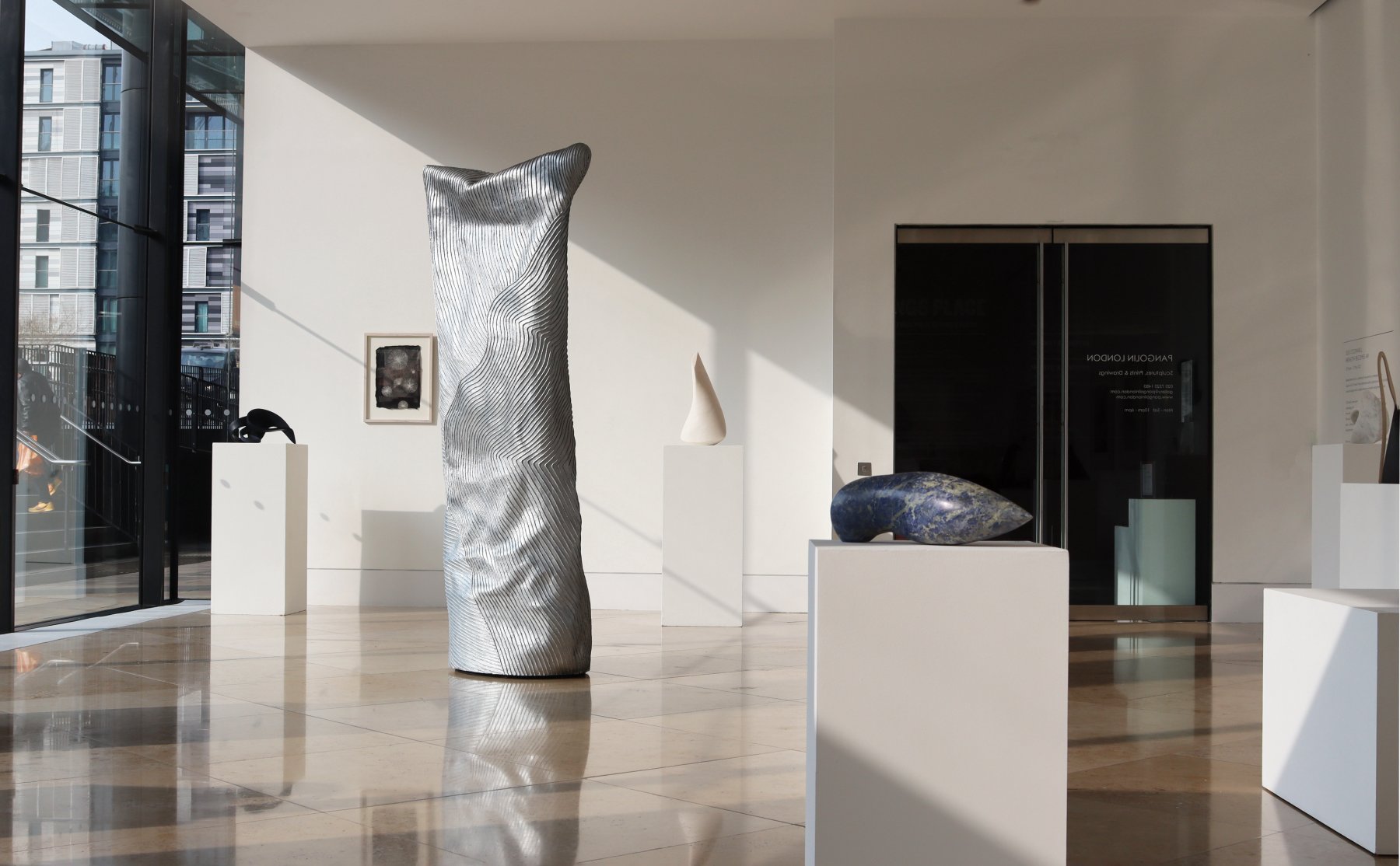 Eilis O’Connell’s work evokes forms from both nature and the manufactured world, as her inspiration stems from a wide range of sources including archaeology, the body, architecture and found objects. The rural environment she works in, perched on a hillside near Cork, seeps into her practice, and the landscape, local geology, hills and mountains are forever present in her work – achieving a simultaneous feeling of both great antiquity and modernity, both primal and contemporary.

She is also stimulated by an interest in geometry, and in particular curved forms leading to an edge are a recurring theme in her work. From linear to undulating, her striking geometric constructions emanate strength and movement, as she creates ‘mysterious objects in a functional world’ with irresistibly tactile smooth surfaces. She refers to these creations as ‘the layer of order over the chaos and unpredictability of the natural world.’

An engagement with a variety of materials – from bronze and marble to steel and resin – is at the heart of Eilis O’Connell’s practice. Her making process is a deeply inquisitive one as she handles, turns, questions, and examines each material before reconfiguring it into a beautifully articulated sculpture. Having always been drawn to the malleable qualities and tensile strength of metal, she has also explored working with stone, facing the challenges of huge weights and the force of gravity. Eilis considers air to be a material in itself and is constantly trying to defy it, particularly when working with stone.

When carving, O’Connell tends to make forms that are more visceral and connected to the body. Her new sculpture Breadth becomes Air, which shares the title of the exhibition and will be the largest Carrara stone piece in the show, is perfectly balanced whilst bursting with flowing movement and curves.

I see the behaviour of materials as a metaphor for movement on the earth’s surface, the rolling, folding, curving forms of the pulsing earth that we live on. I am acutely aware of my miniscule presence in this vast universe. Eilis O’Connell

Eilis O’Connell’s practice is a haptic journey of exploration through which she has created this collection of remarkable new work, which is communicated through the senses with a refined and organic elegance.

Eilis O’Connell is one of Ireland’s most internationally recognised contemporary sculptors. Born
in Derry, Northern Ireland, she studied sculpture at the Crawford School of Art, Cork and the Massachusetts College of Art, Boston, USA and was subsequently granted research fellowships at The British School at Rome and P.S.I. in New York. A two-year residency at Delfina Studios London in 1988 resulted in her permanent move there until 2002. She returned to live in Ireland, but still exhibits abroad and works on commissions for both public and private locations.

She has represented Ireland and Britain at the Venice, Paris and São Paolo Biennales and her small sculptures were shown at the Guggenheim Museum in Venice. In 2018, her series of outdoor sculptures were exhibited at E1027, the world-renowned home designed by the Irish architect & furniture designer Eileen Gray (1878-1976) in Cap Martin, France.