Timothy Taylor is pleased to present a solo exhibition of new abstract works by the Mexican artist Eduardo Terrazas (b. 1936, Guadalajara, Mexico) at the New York gallery, his first New York exhibition in three years. The exhibition will consist of work from his longest-running and most significant series, Possibilities of a Structure (subseries Cosmos), and a new series entitled Cosmic Variations, in which Terrazas expands his vision of the universe through striking new circular, rectangular and diamond-shaped canvas formations. 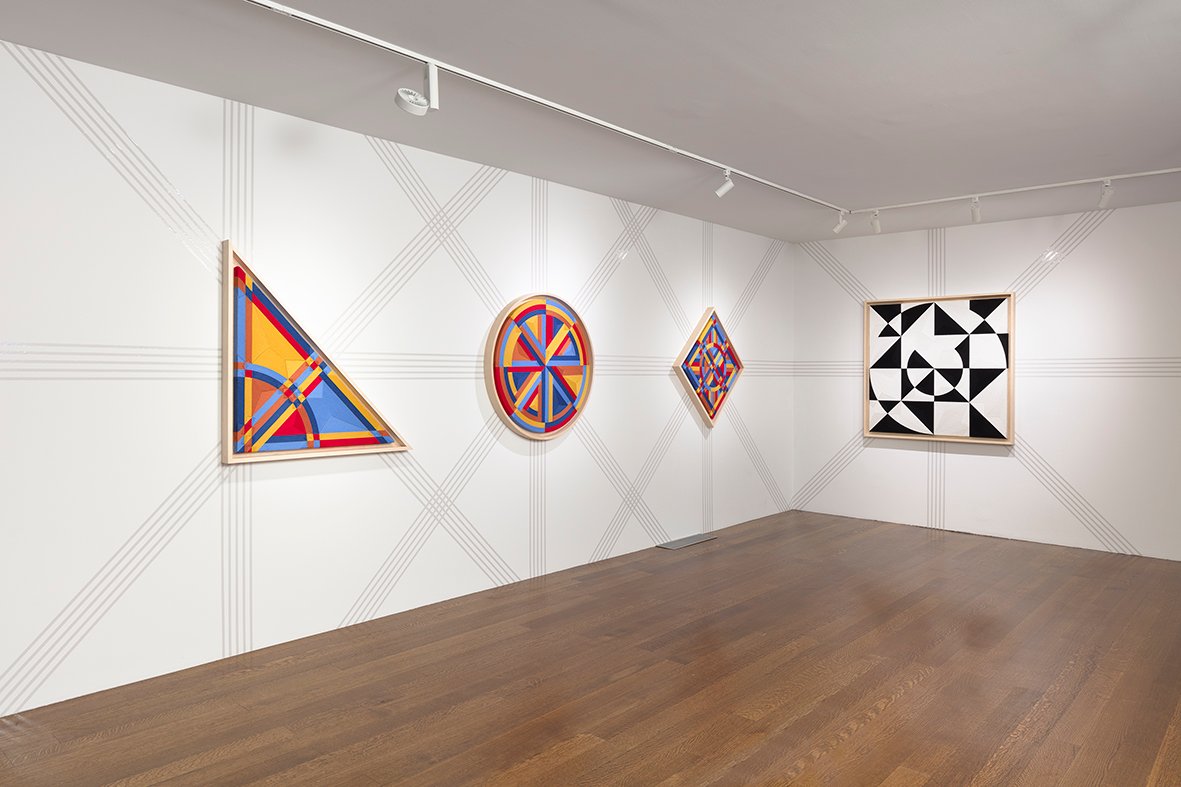 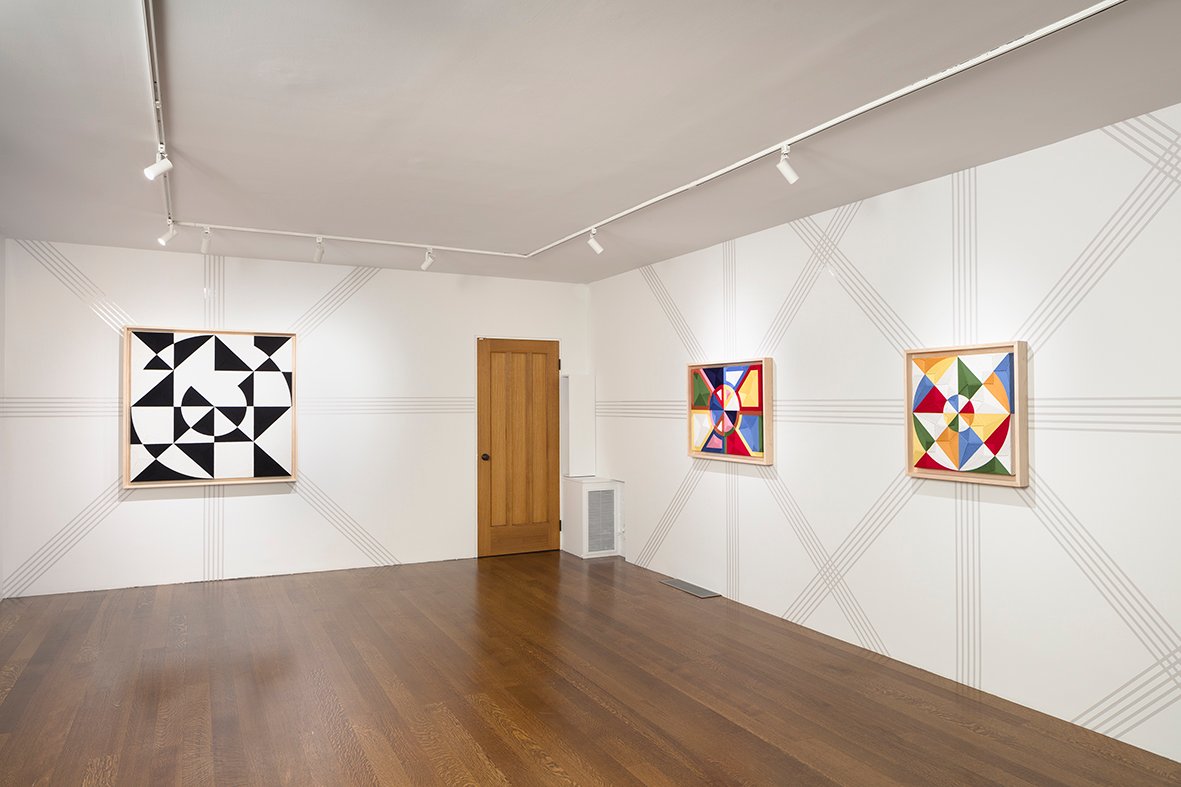 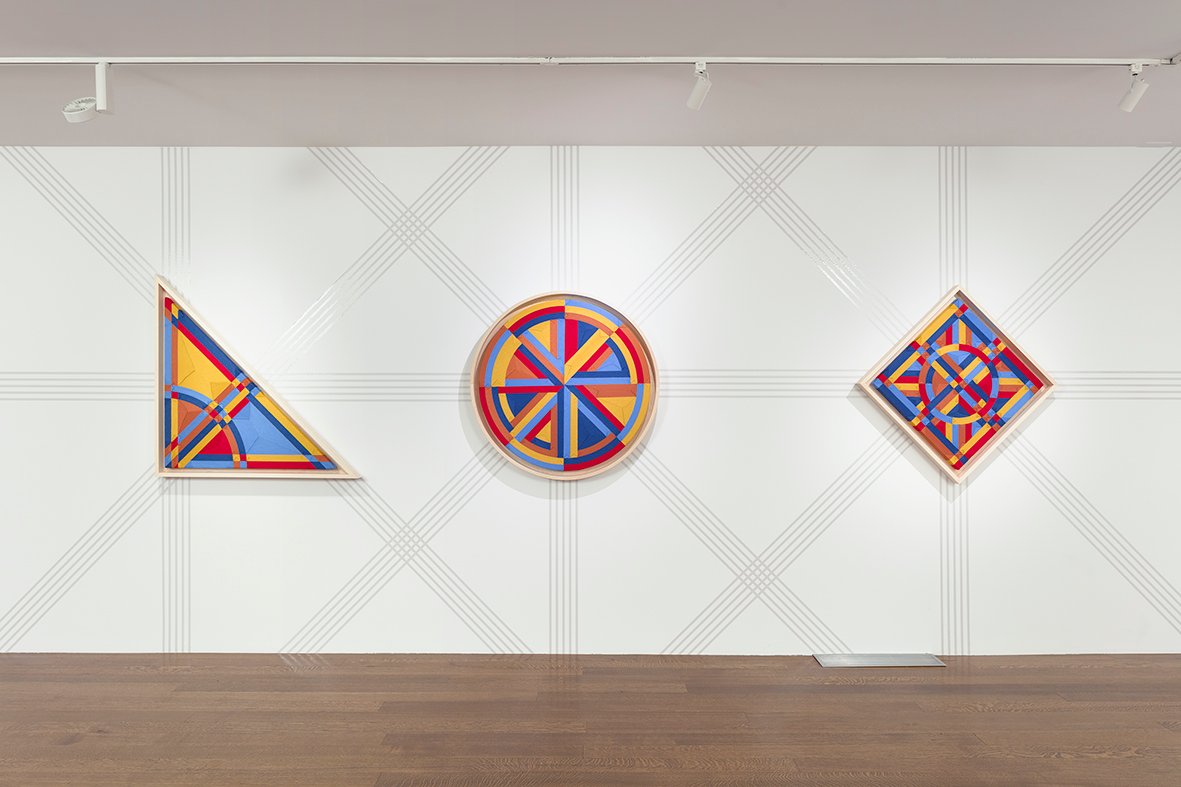 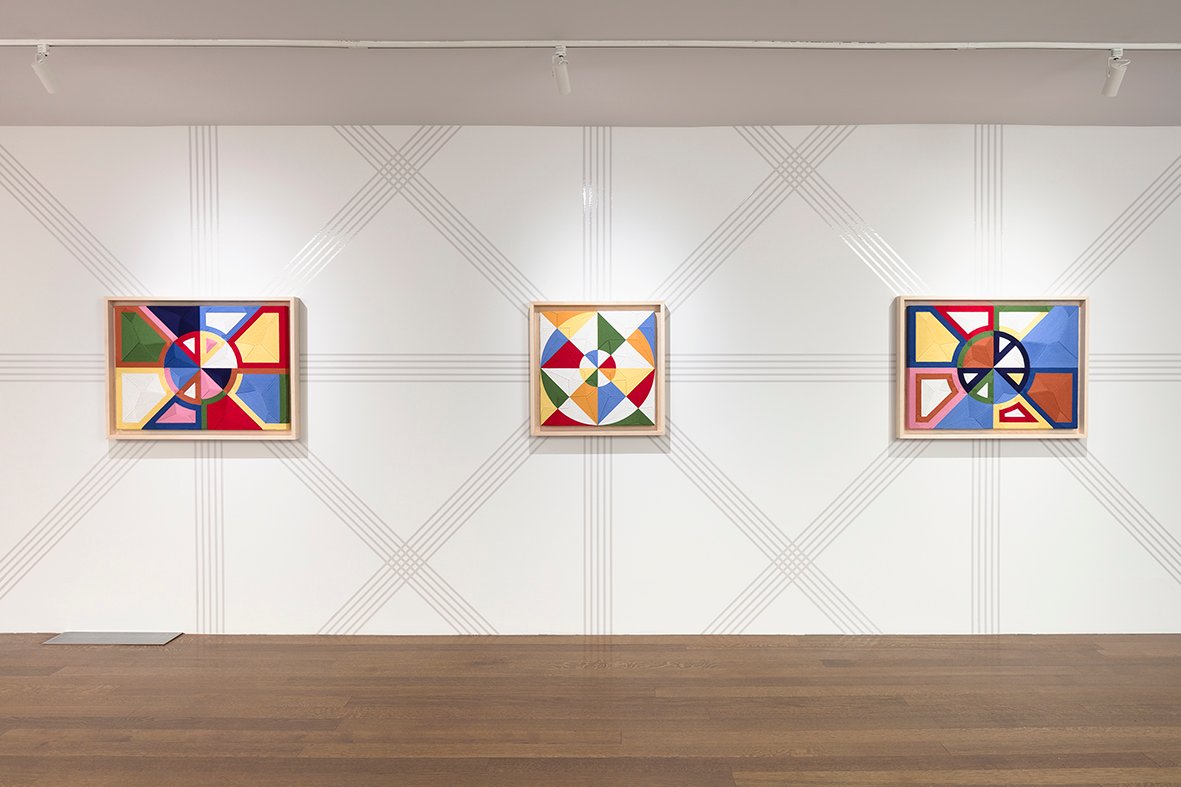 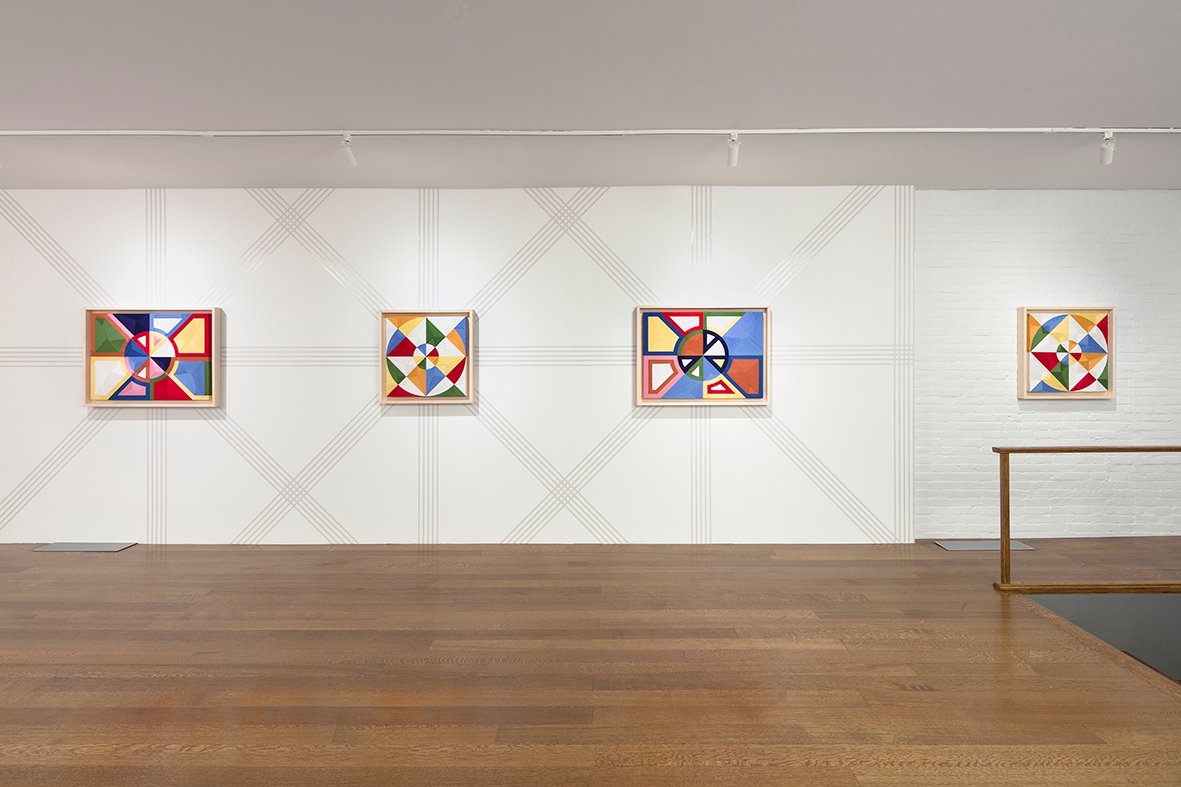 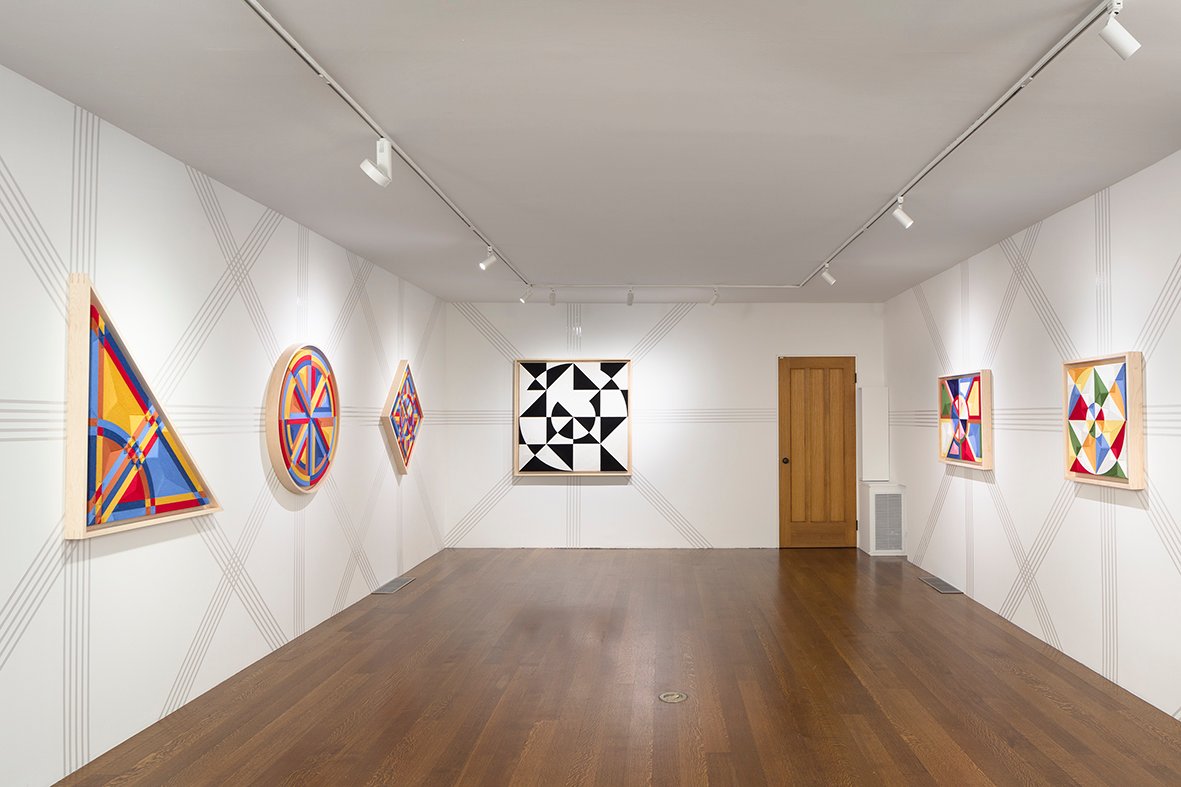 An artist, architect, designer and urban planner, Eduardo Terrazas is a polymath who has pursued a vocabulary of geometric purity and harmony in every facet of his work. Since 1974, he has explored questions relating to the mysteries of the cosmos and our place within it through a dazzlingly vibrant series of abstract yarn paintings characterized by their conceptual rigor and entrancing tactility.

A ritual asceticism underpins Terrazas’s work, in which ideas of the local and the global converge. Each work in his oeuvre is crafted in multi-colored shades of Italian yarn, applied in Campeche wax to a wooden board in a painstaking process which requires around three to four weeks to complete. Designed in a simple grid structure embedded with intersecting circles and squares, Terrazas’s Modernist-influenced abstractions recall planar compositions painted by Kazimir Malevich, who like Terrazas sought to visualize outer space and the universe through a stark new language of absolute geometries.

Terrazas began the Possibilities of a Structure series in the early 1970s, after becoming immersed in Mexican folk art while installing the 1961 exhibition Masterworks of Mexican Art at The Hermitage Museum, St. Petersburg, which later traveled to The Petit Palais, Paris in 1962. Drawn to the tabla, a type of yarn painting found among the indigenous Huichol people of Sierra Madre Occidental, the technique became a pillar of his lifelong work. Terrazas’s own abstractions are laid out in warm, glowing shades of orange, blue, cadmium yellow and magenta pink that invoke this tradition of the local, paying homage to the bright shades found in traditional Mexican art and architecture.

While the Huichol people used the tabla to narrate scenes of the peyote, animal, corn and cosmological deities that figure in their religious system, in his own work Terrazas uses the structure of the yarn grid as an allegory for the composition of his Cosmos, allowing him to explore a lifetime’s worth of questions about the nature of the universe through the microcosm of the canvas. At the center of each work, a large circle embodies the Earth, surrounded by parallel lines and shapes shooting outwards and diagonal formations. These allude to the connections between the stars, Earth and planets, but can also be seen as a metaphor for the structure of local communities and society as a whole. The title of Possibilities of a Structure suggests at once a curiosity in the fabric of our universe and a profoundly human hope for an underlying rationality behind the chaos of the world.